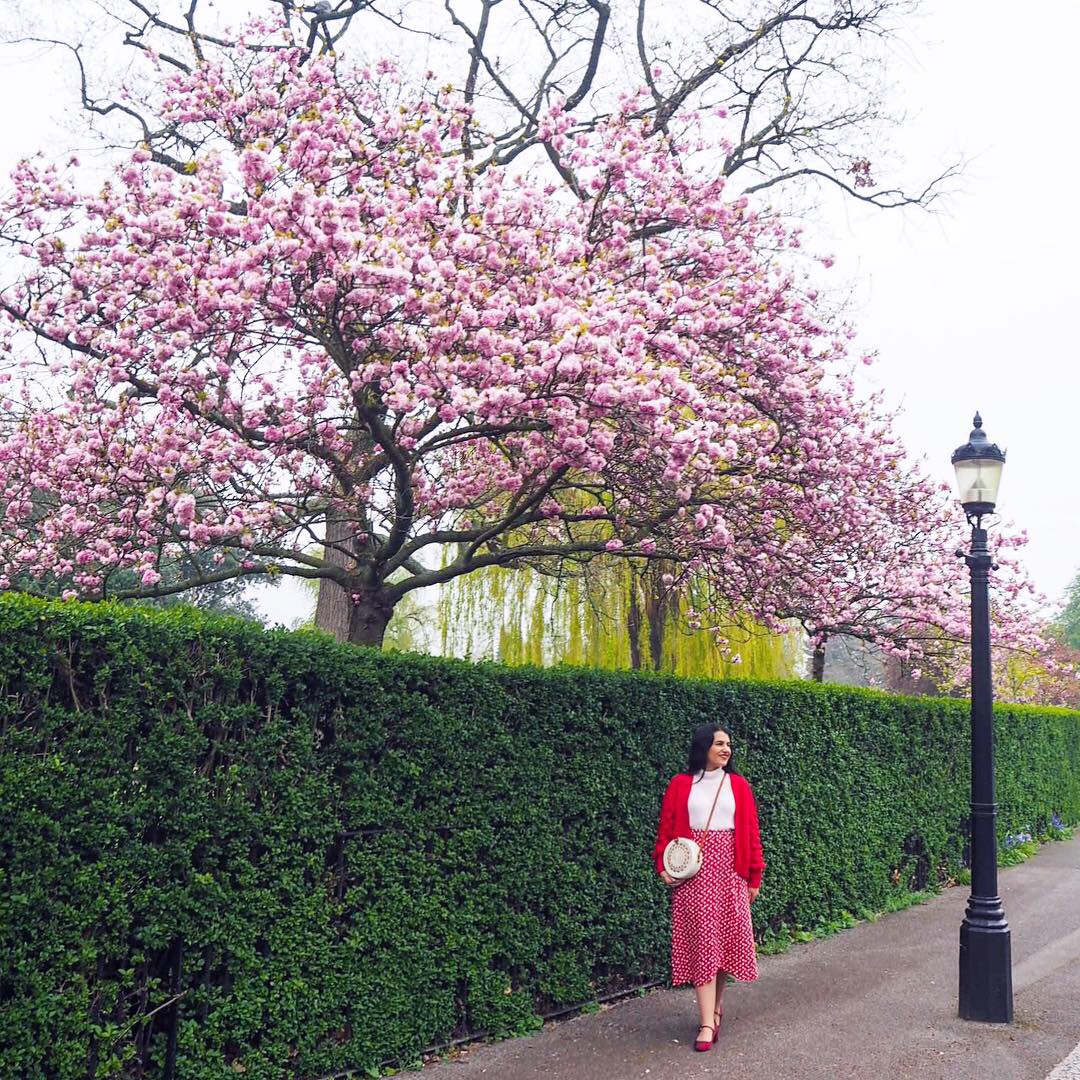 Quarantine, day 35 – it’s been just over one month since the UK went into an official lockdown. Almost five weeks and three days later, I’d go as far as saying that I’m *nearly* used to this weird period – nearly being the key word. I did predict it would get harder as the days and weeks went by, and it did. The loneliness kicked in and with that came an on-going battle against crankiness, depression and frustration – including whiny and soon-to-be classic thoughts along the lines of ‘I want my old life back’. It’s fair to say that the expression “a rollercoaster of emotions” has come into effect… and I’m sure a lot of us feel that way. I also beat myself up on a daily basis about anything and everything. I’m eating too much. I’m eating too little. I need to cook more and learn at least five new dishes. I need to stop worrying about my eating habits. I need to be more productive. I need to be tidier. I should really make myself a cocktail. The daily walks and weekly supermarket run are quite frankly what have saved me, but even those moments don’t come without small doses of paranoia. Am I gonna catch it? Am I gonna pass it on? Am I gonna die? Actually, correction – my loved ones are what save me on a daily basis. I know I’m repeating myself, but the best way for me to beat loneliness is to have some form of contact with a friend or my family at least once a day. We are social creatures by nature, after all. 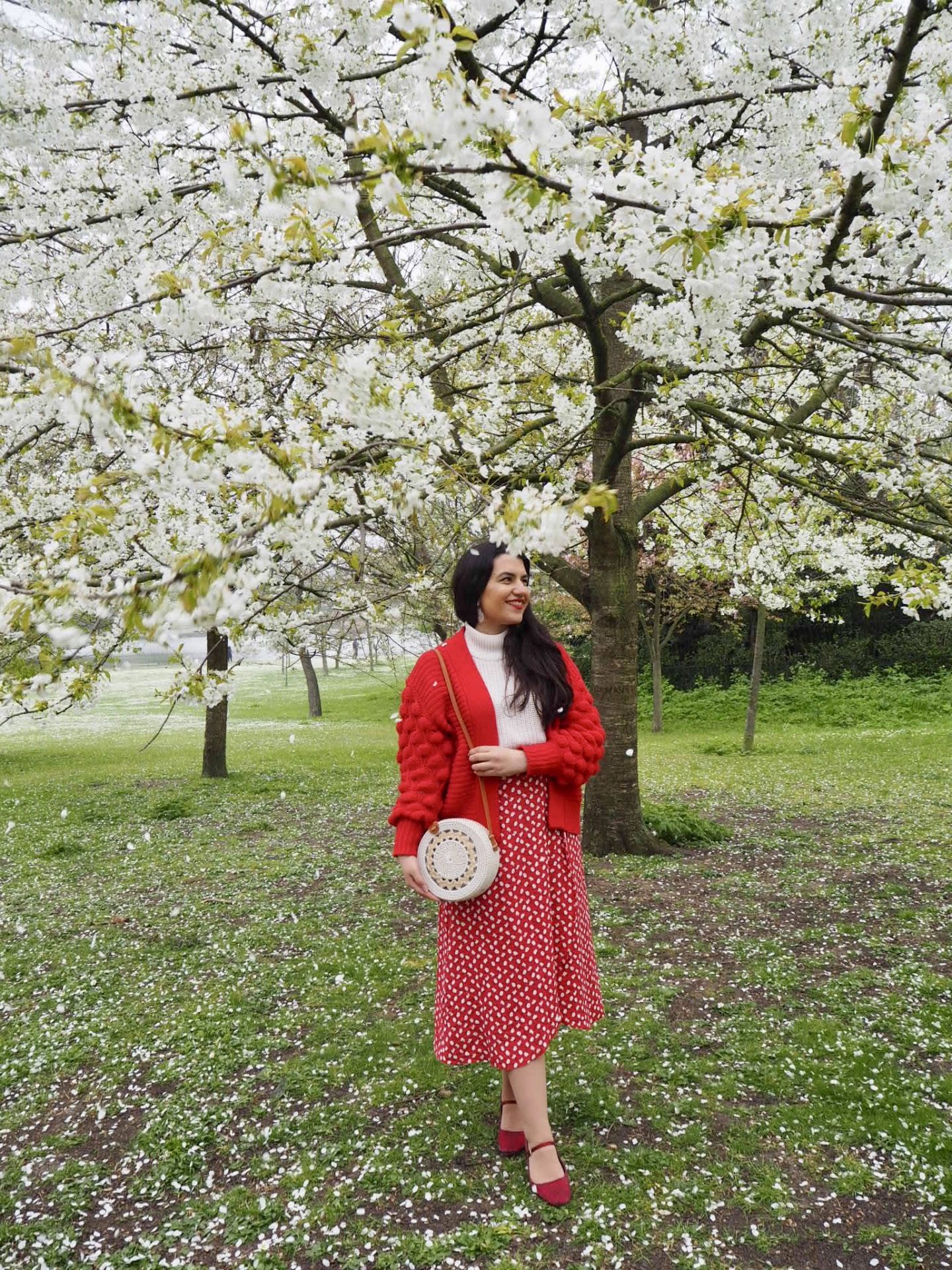 Cardigan, River Island. Jumper, a Blend She sample (that never got produced). Skirt and earrings, New Look. Shoes and ring, ASOS. Bag, bought at a fair. All from last year or before. 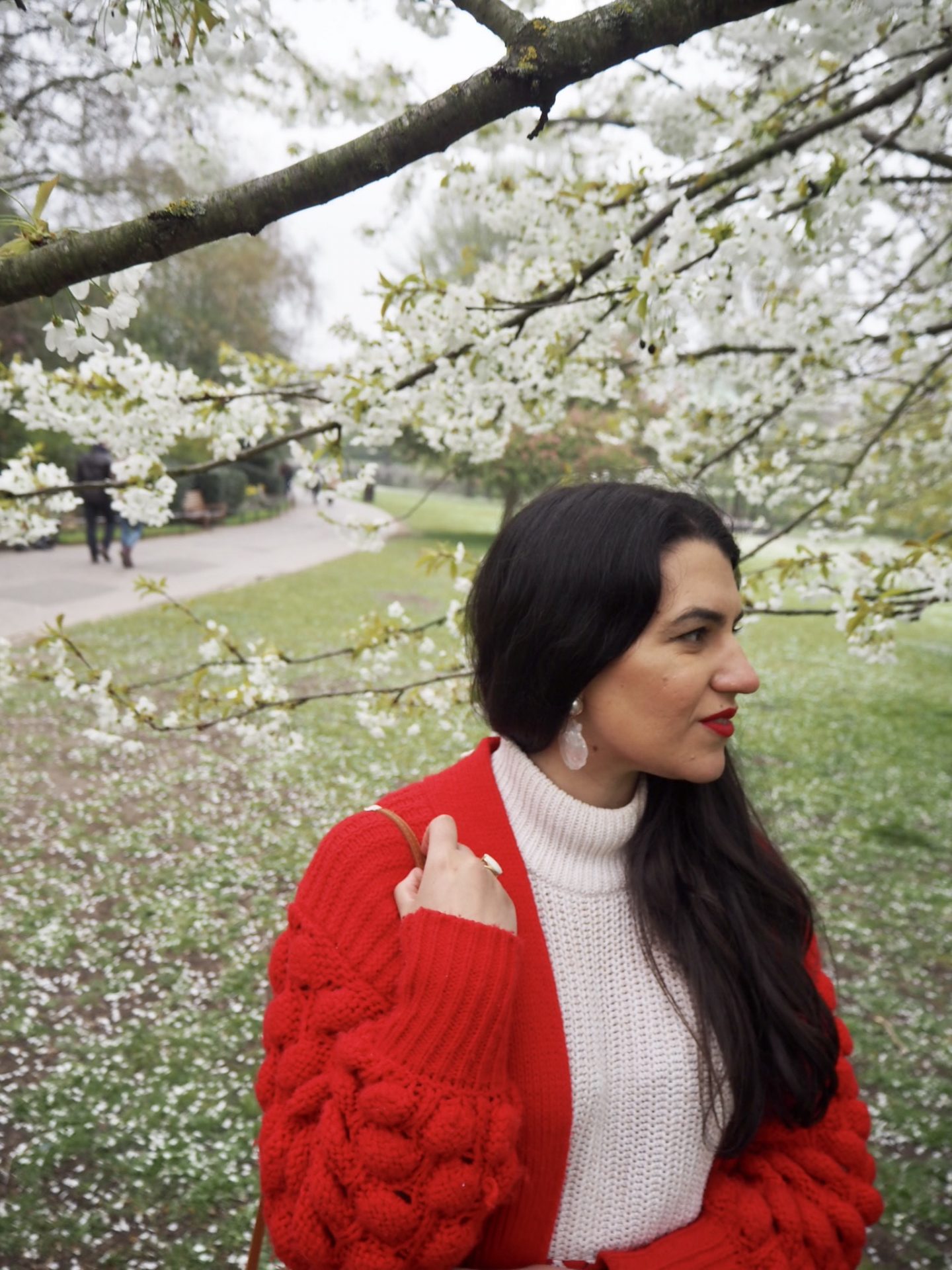 The funny thing is the emotional rollercoaster also includes moments of extreme happiness over the smallest of things – from a funny text to an uplifting TV show and song, sometimes I find myself smiling and feeling so damn content.

Feeling the sunshine on my face is everything. I don’t know what it would have been like to do this during winter, but over the past few weeks the weather in London has been amazing and getting out once a day fills me with peace. I feel for those who aren’t even allowed out for daily walks, and I do hope it remains safe in the UK to do so. 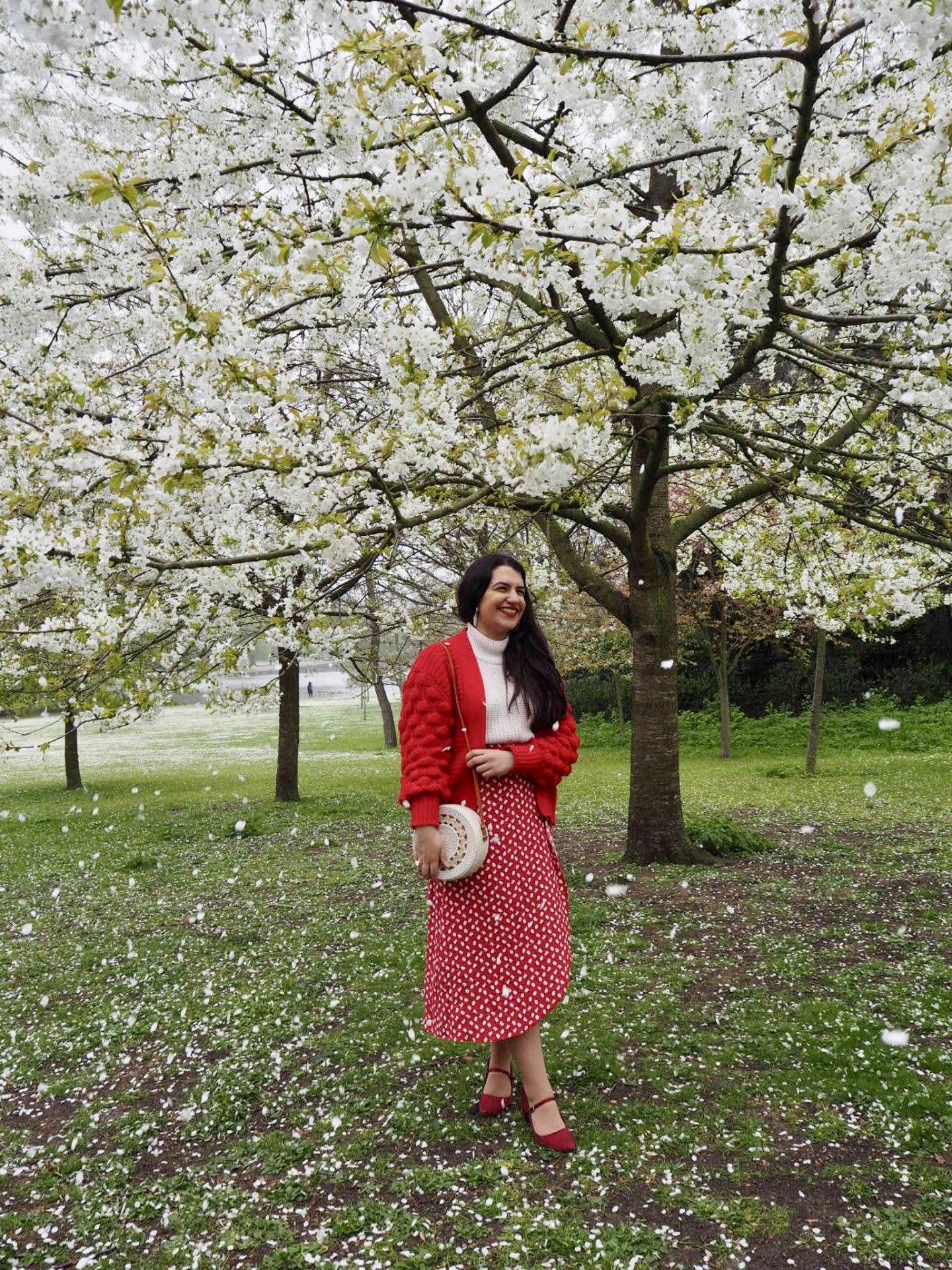 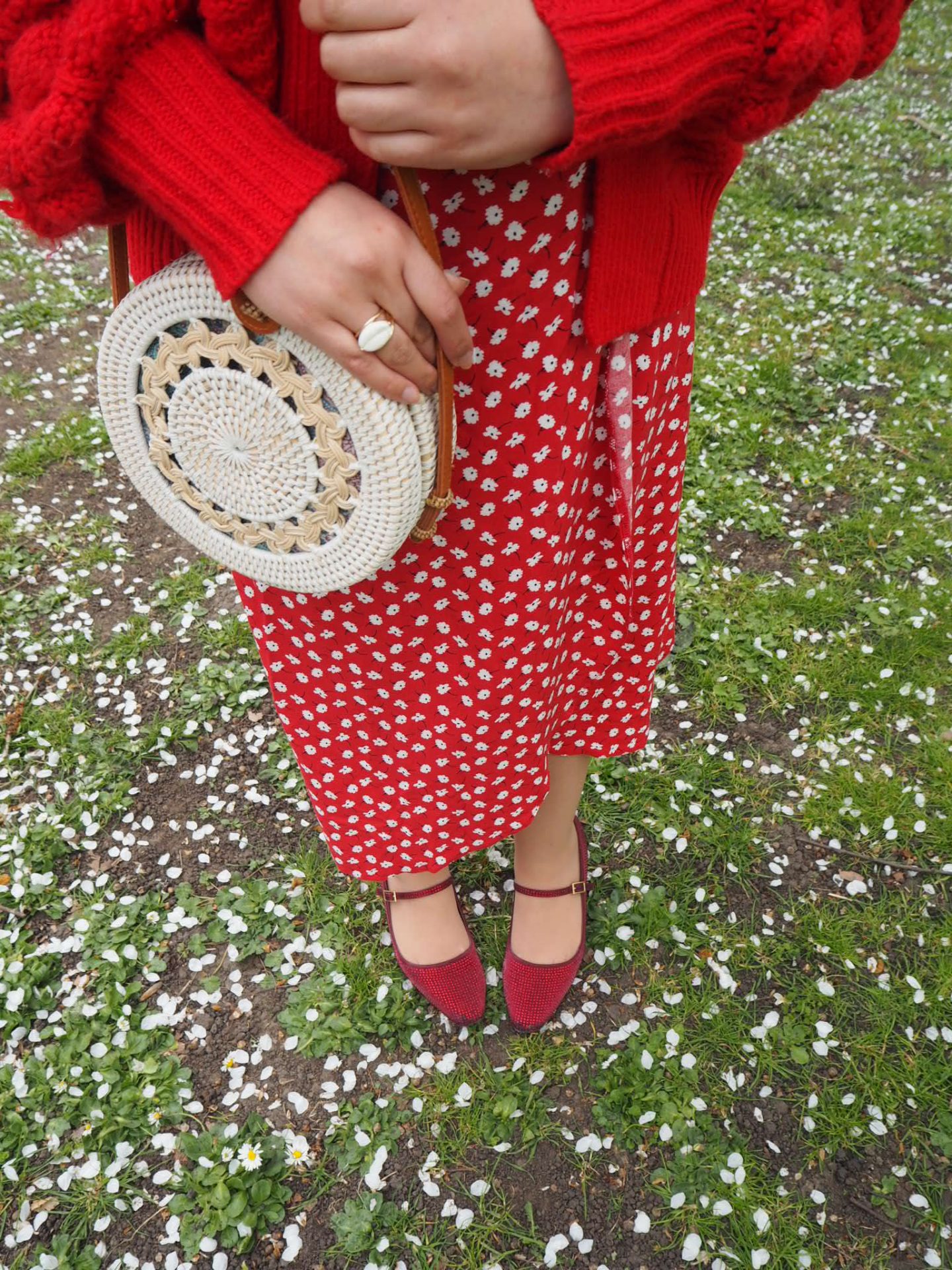 I also fear for the future. I really do want things to go back to normal – whatever the hell that means. I worry about how long that’ll take, and about the effects. But I just have to remember that this is NOT, in fact, the new normal. Why do people keep referring to this time as ‘the new normal’? THIS IS TEMPORARY PEOPLE. Our lives will go back to normal – it might be gradual, it might take months or even years… But I don’t believe that life as we know it is gone. That’s bullshit! 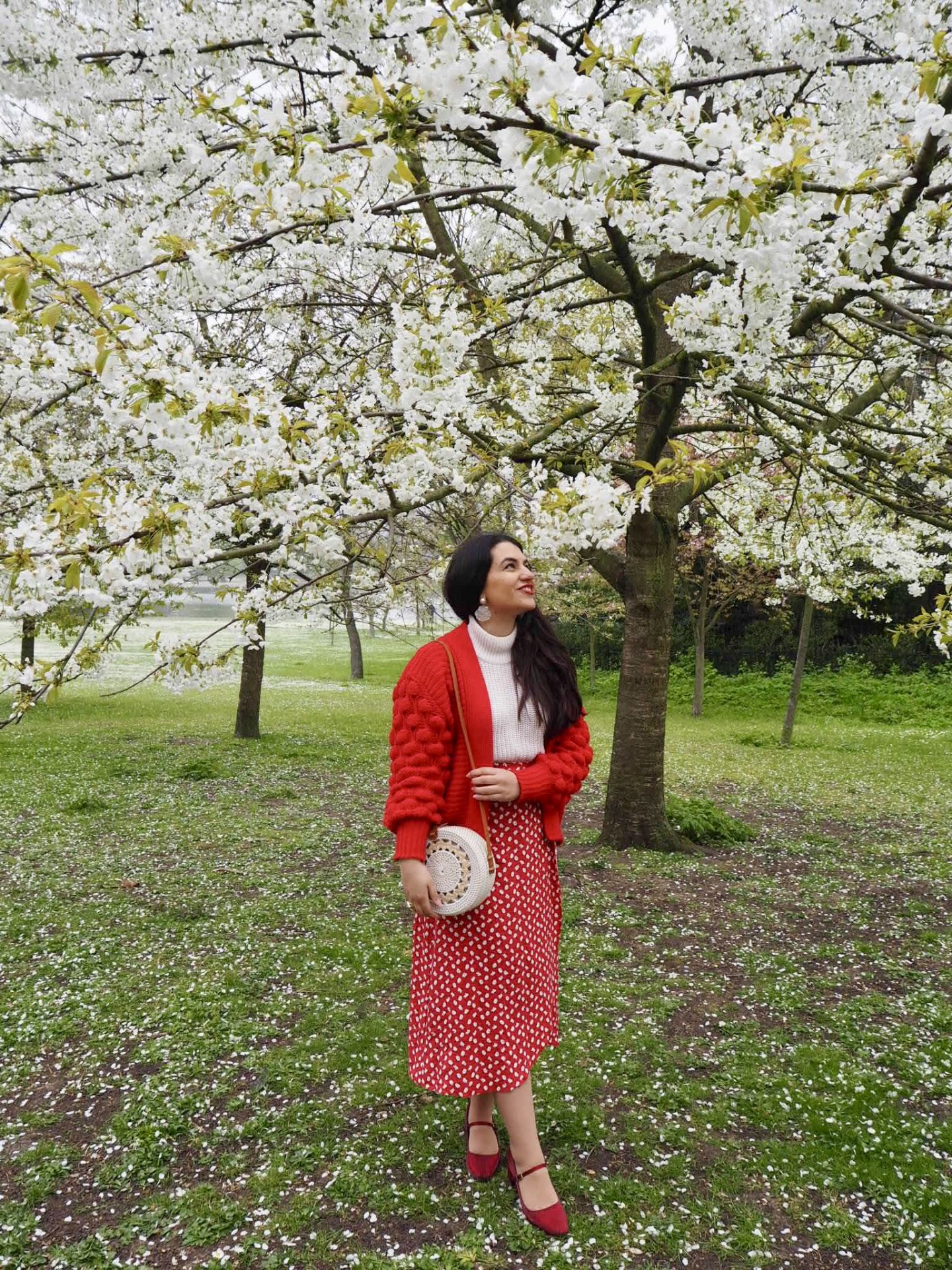 And for those who for some bizarre reason claim to be getting used to this new kind of lifestyle and don’t think they need to go back to what we had before, mate – just incorporate whatever you’re loving right now to your ‘previous’ life. Keep those amazing, newly found or rekindled connections going. Keep calling your loved ones more often. Keep appreciating the little things more than ever before. Keep that newfound sense of community going. Keep being a little kinder to this damaged planet, and give it a break when possible. Keep shopping for food in a more conscious, less selfish way, keep baking and making those healthy (and tasty meals). Keep decluttering, tidying and rearranging – that tidy space, tidy mind mantra is a good one. Keep learning and reading – don’t ever stop feeding the mind. Keep slowing down when needed. Keep reminding yourself that life wasn’t so bad after all, and that you really can’t take anything for granted ever again. But more than anything, keep revelling in the beauty and necessity of human connection on every level. A smile from a stranger on the street, random acts of kindness, the exchange of a few words from someone in a servicing role, kissing, holding and hugging those closest to you. If life could be the same as before, but just a little kinder, and with all of us a little closer than before, that would be wonderful.

As per usual, I’m using some pictures that have literally nothing to do with what I’ve talked about. These pictures were in fact taken over a year ago in Regent’s Park, when its cherry blossom trees were looking ravishing. Ah, the good old times. This was probably one of my favourite looks from last year, and I’m not sure why I never shared it. But I’m looking forward to digging out that New Look skirt. It will look great on one of my daily walks… and when we’re allowed ‘out’ again.