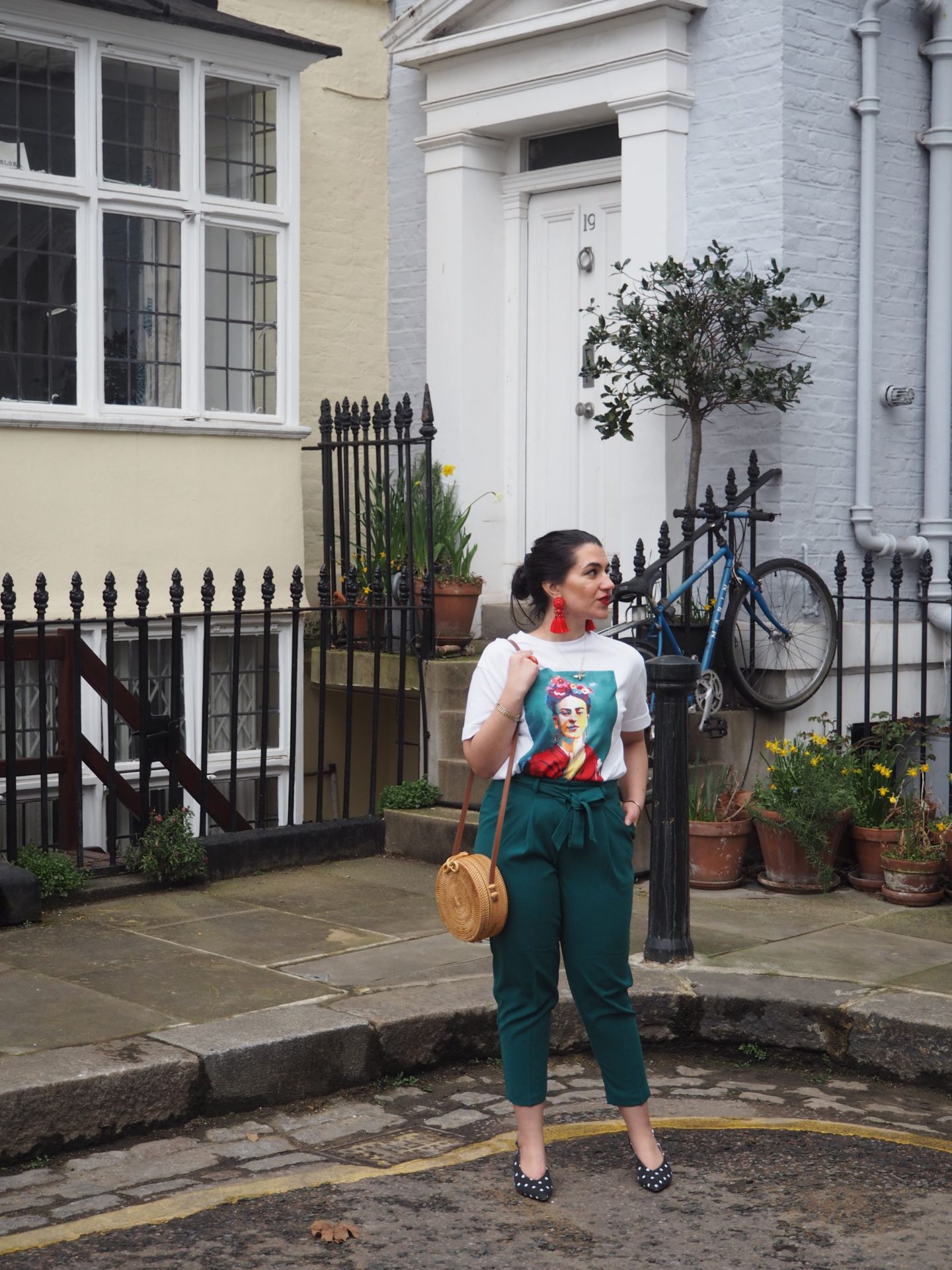 For some bizarre reason, it’s taken me a year to do this post. And I’ve probably even had it on my mind for even longer than that. The idea for this post was born out of a conversation my mother and I had a long time ago. We were talking about women and female figures in history, and one of the points my mother made really hit me. “If I had to name 10 inspiring male figures, I wouldn’t have any issue doing that,” she said. “But 10 female figures? I wouldn’t be able to.” I was shocked, but not surprised. And neither surprised nor shocked – but sad – that I found myself in the same conundrum. 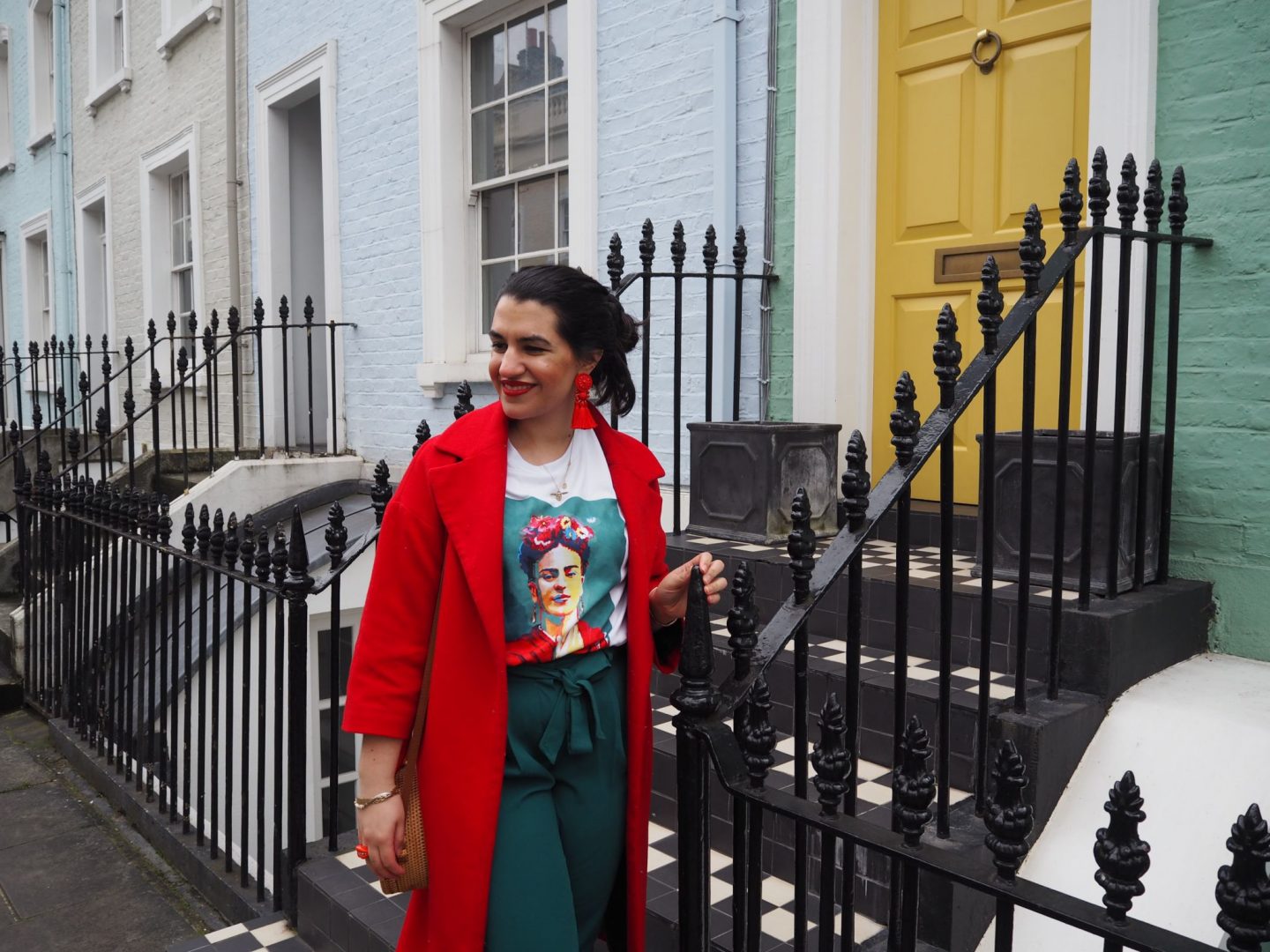 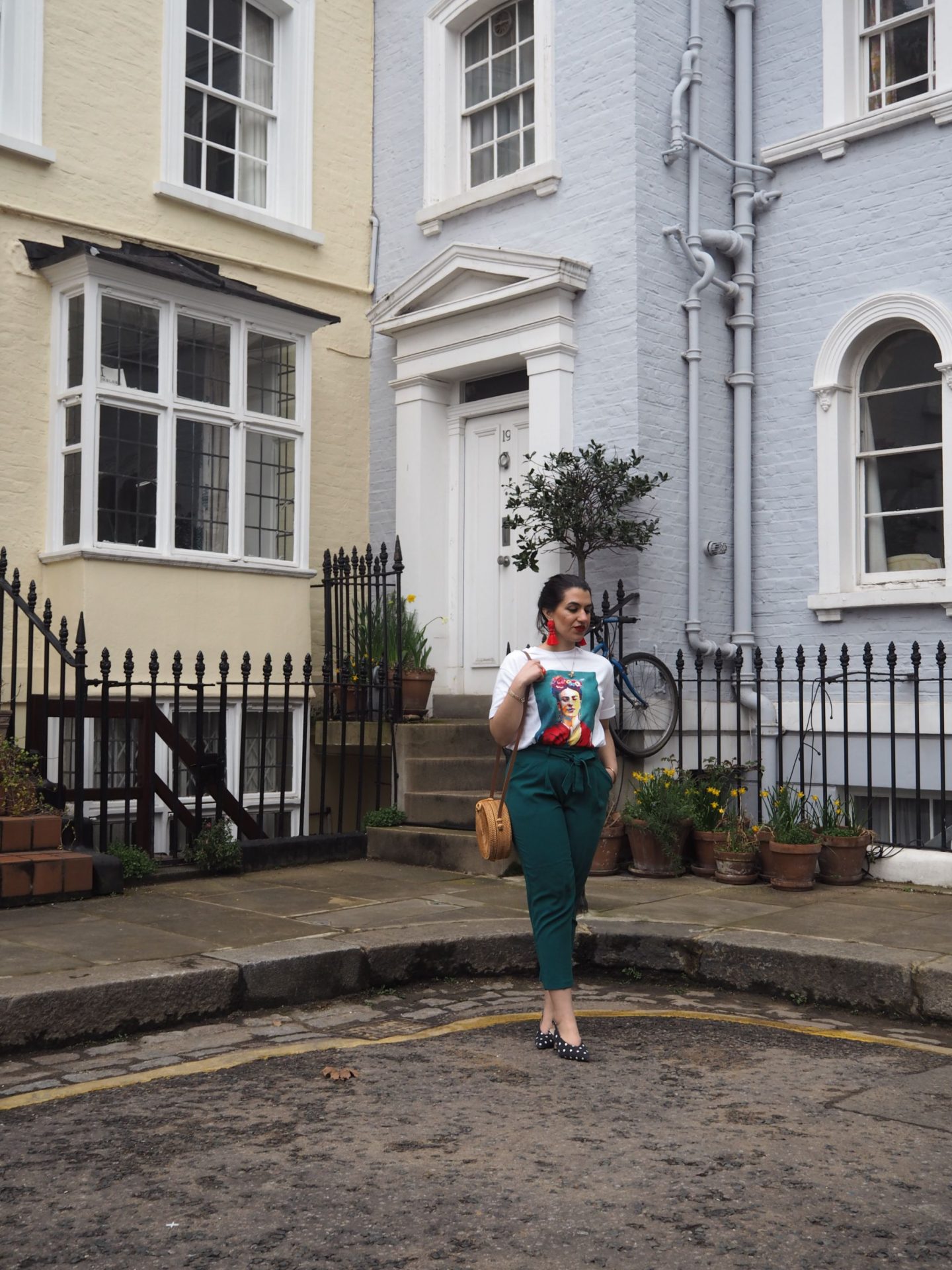 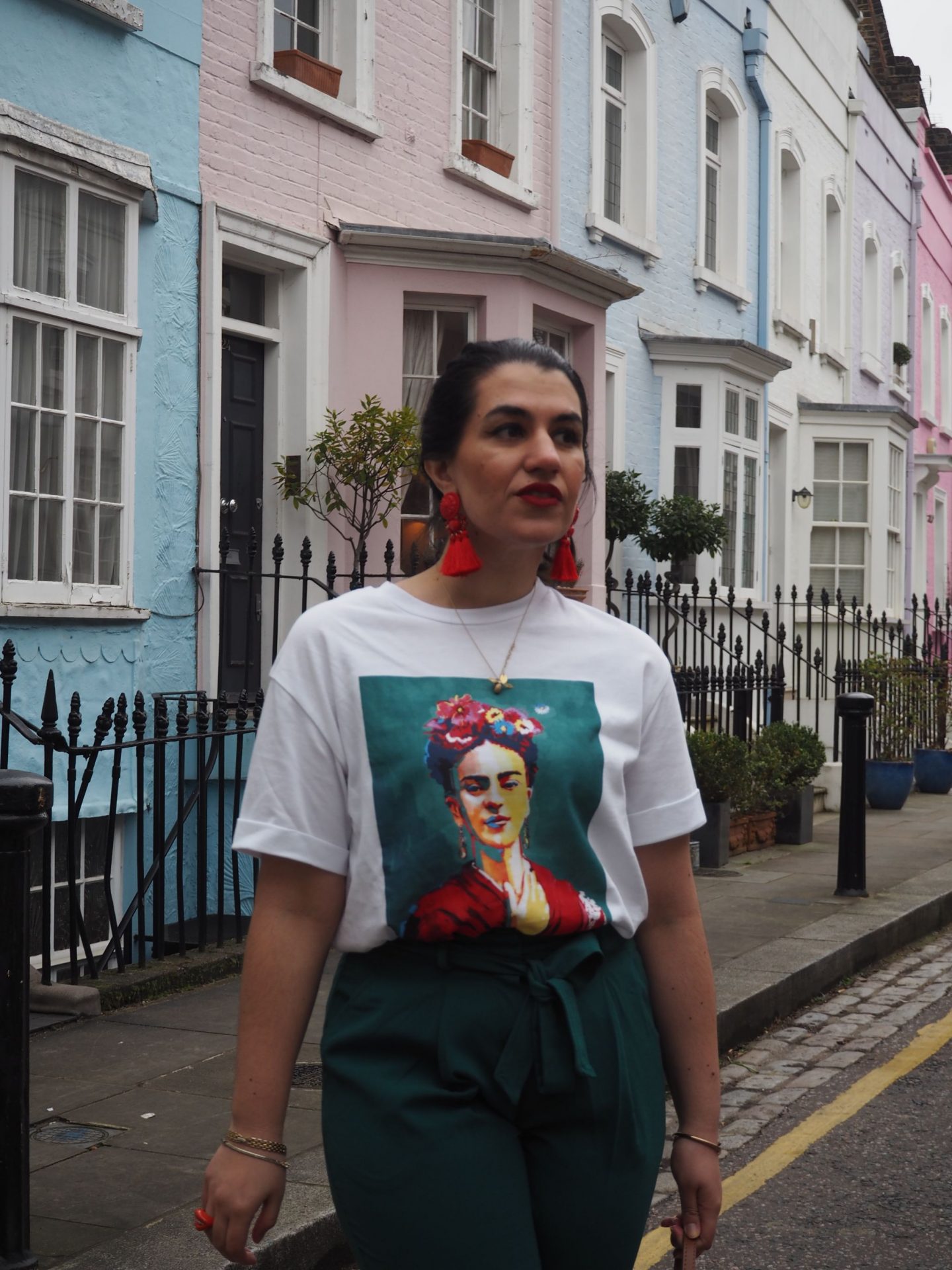 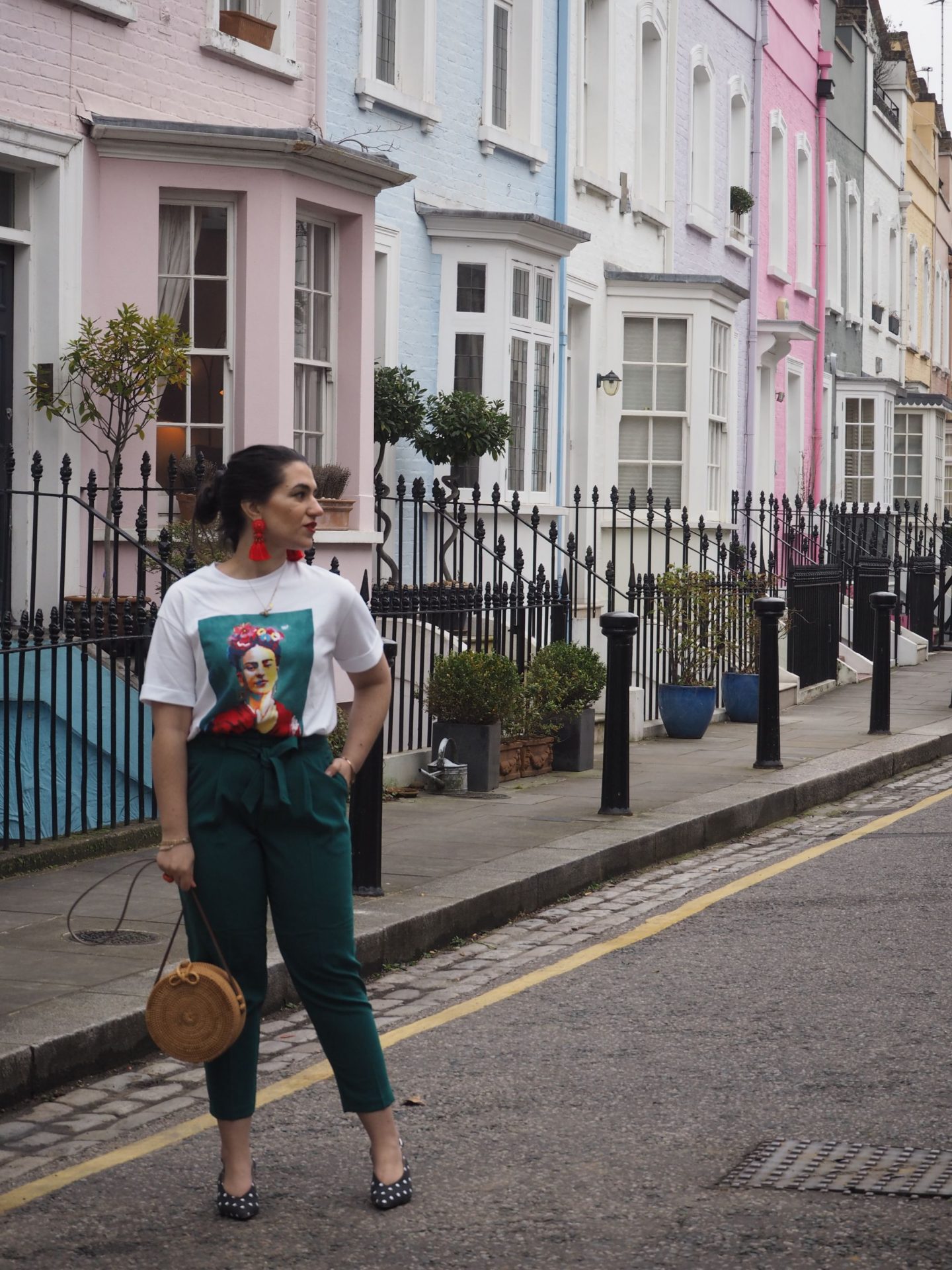 And because of that conversation, because I indeed had to stop, think and seriously come up with 10 women who inspire me, because of the unfairness of it all I put together this post. In no particular order, here are 10 women from all walks of life whose lives, works, and/or legacies have had an impact on and inspired me as a person and, especially, a woman.

Long before it was trendy to like Frida Kahlo, I was obsessed with this woman’s life and career. To be precise, I practically ran to the cinema when the film Frida came out… in 2002. Plus, my dissertation was partly about Frida’s work – I’ve got a proven track record to say the least! And why was I so fixated on this artist? I am drawn to what she did with her life in the face of adversity – she turned her personal tragedy into art. And boy, was it art – raw, graphic, far from technically perfect and yet brave, mesmerising and impactful. She was, possibly, one of the first female artists to depict the perils of womanhood in a very personal and moving visual language. Ultimately, Frida is  a symbol of courage and celebration of self-love for me. And yes, she also happened to have a beautiful personal style and carried her quirks with pride – monobrow, moustache and all.

I know this could considered a controversial choice, and I definitely do not agree with all the happenings revolving around the ‘brand’ that is Oprah (I mean, wtf was that Lindsay Lohan documentary about), but overall I really do admire what this woman has made of herself. Born into poverty, she got ahead in life through hard work and talent. Forget Kylie Jenner – if there’s anyone who truly embodies and deserves  the title of ‘self-made millionaire’, that’s Oprah. And would you turn a hug from Oprah down?

I didn’t know much about Florence Nightingale until a few years ago, when I went to the Florence Nightingale museum (located at St. Thomas’ Hospital in South Bank). Learning about this determined, stubborn and dedicated nineteenth century nurse made me really admire her character and the path she took in life – a very selfless and forward-thinking path, which probably paved the way for women and the fields of medicine and healthcare.

In a time when women from affluent families were expected to sit around, perhaps sing a little for friends and relatives, sew, get married and have kids, I love that Jane Austen broke the mould in her own way and wrote about what she knew – family politics, social norms, friendship and love in the British middle classes. Sure, she may not have had a hard life and been born into privilege, but she pursued her passion for writing and became one of the world’s most famous novelists.

Oh, I know that this 29 year old Puerto Rican-American congress woman has a whole career ahead of her to make a ton of mistakes, be involved in a multitude of political scandals and perhaps inevitably disappoint us hopeful liberals – but please, for now, let me adore this fantastic woman who wears big hoops and bright red lisptick 90% of the time and also has some wonderful beliefs.

2018 was the year I discovered Scarlett Curtis, the British journalist/activist/podcaster/ridiculously fashionable girl boss who put together the hugely successful book of essays “Feminists don’t wear pink and other lies” (a book I’m currently reading and thoroughly enjoying). I believe she is steadily revolutionising feminism by giving it a diverse and perfectly millennial spin – I actually cannot wait to see what she gets up to next.

Aw man, I know this 85 year old lady has gained a huge cult following over the past year thanks to a Tumblr page as well as the 2018 documentary RBG, but she really is so much more than a pop culture icon. I have to confess that I only found out who she was through an SNL skit, but one look at the Wikipedia page on the Associate Justice of the Supreme Court of the United States (yes, I totally copied and pasted that title), and it is enough to understand that this woman has fought hard for the most part of her life to get ahead in a political world so unfairly dominated by (sexist) men. A true inspiration to say the least.

A name that you may not be familiar with, Roddick was the founder of The Body Shop as well as an avid human rights activist and environmentalist. Despite the controversies surrounding Roddick (she essentially stole the concept from a small chain of shops called Body Shop in California) and the very questionable decision to sell The Body Shop to L’Oreal (a company that unashamedly tests on animals and pretty much contradicts everything The Body Shop stands for) a few years before her death, I still admire her for being a big advocate for fair trade and ethical consumerism.

Did you know it was a woman who enabled the invention of wifi? Did you know this woman was also a beautiful Hollywood star? It’s not often you come across a life as unique as Hedy Lamarr’s, a woman born in Vienna in 1914 who became famous after starring in a controversial European film called Ecstasy, had an intense albeit brief stint in Hollywood, and then went on to become a self-taught inventor and to ultimately die as a recluse. If you’re curious, there’s a documentary about her called Bombshell (which is high on my list of docu-films to see).

To be honest Emmeline Pankhurst had a lot of beliefs that I vehemently disagree with – but, she was a key figure in the suffragette movement and helping women gain the right to vote. Hence why I ultimately admire and feel inspired by her life and actions.

It may have taken me a year to finally sit down and write up this post but I’m glad to have published it in the light of International Women’s Day. And guess what – once I got started, I was able to come up with more than just 10 names.

As for the pictures in this post, well, I’ve hit a new record in terms of picture-sharing lateness – these pictures were taken all the way back in March 2018. I have no clue as to why it’s taken me a year to share them with you, I guess I just wasn’t in a good enough mental space to blog properly last year – and definitely didn’t have the determination that I have right at this moment in time. But it’s all worked out, because I think this #ootd fits in rather perfectly with the current mood for #IWD19.

I hope that you’ve all felt inspired in one way or another by IWD – it really does feel like change could be in the air for women in what seems to be another big wave of feminism. Also, here’s to the future generations, who will hopefully not struggle to come up with female figures that inspire them! 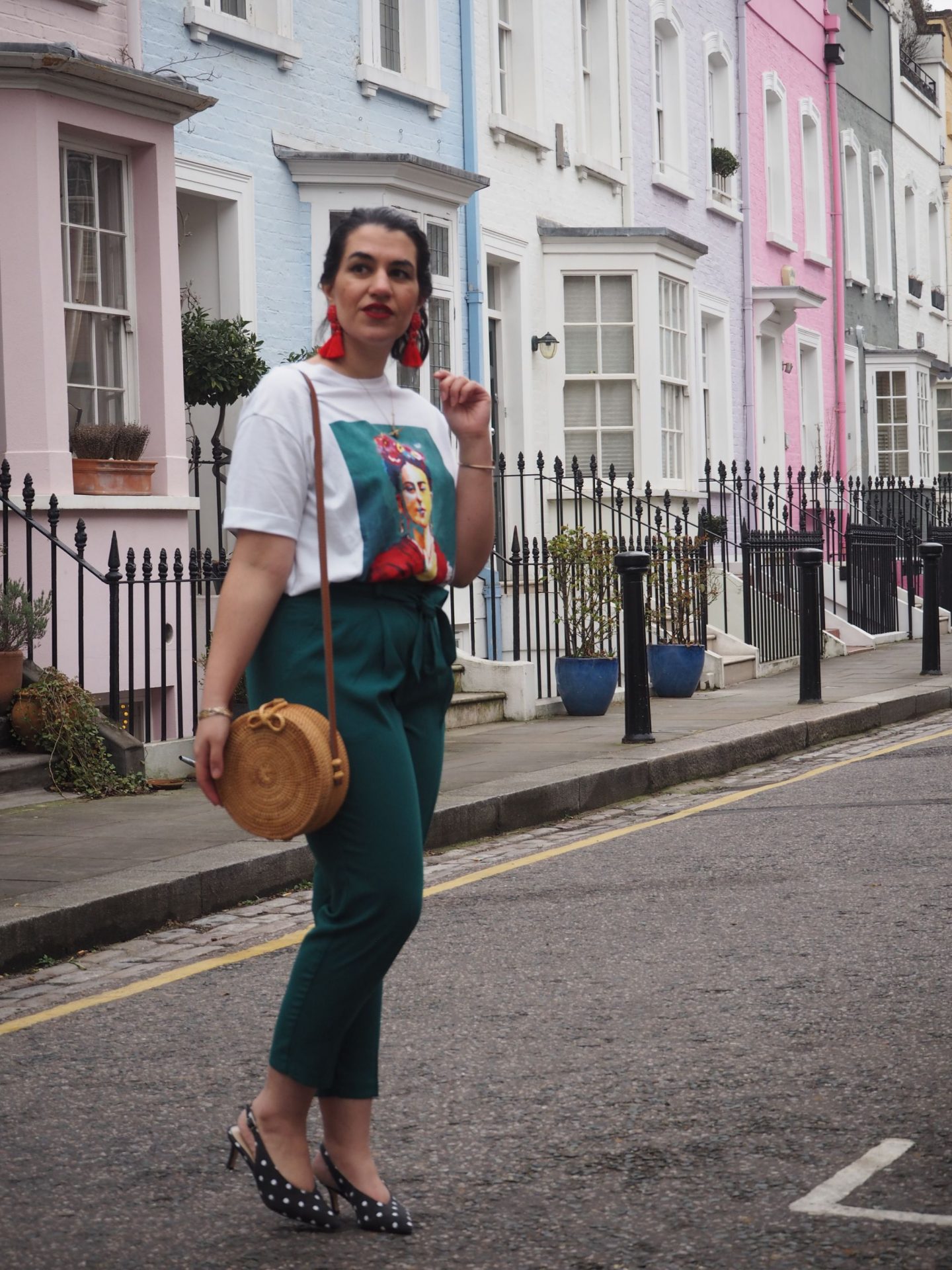 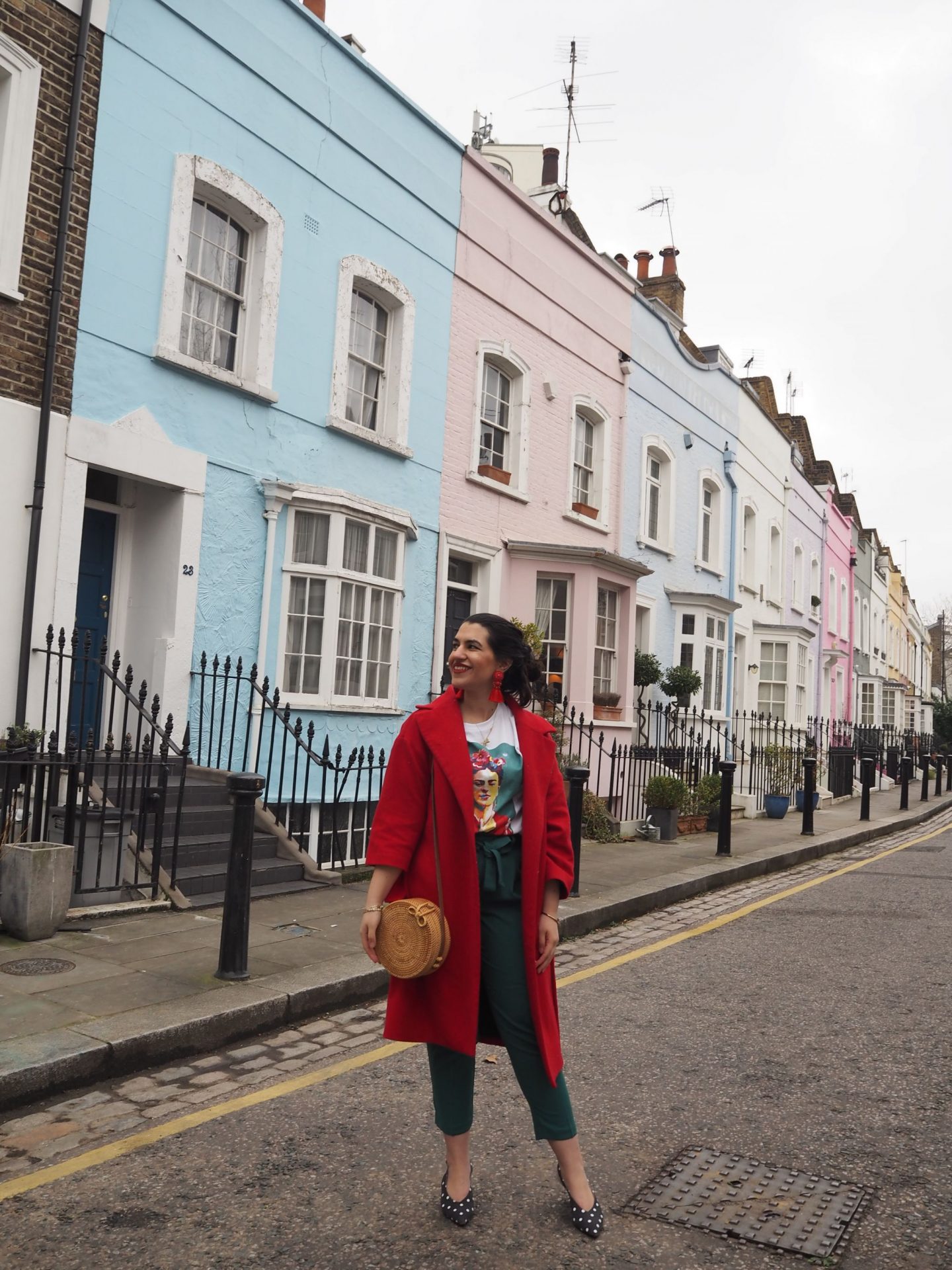 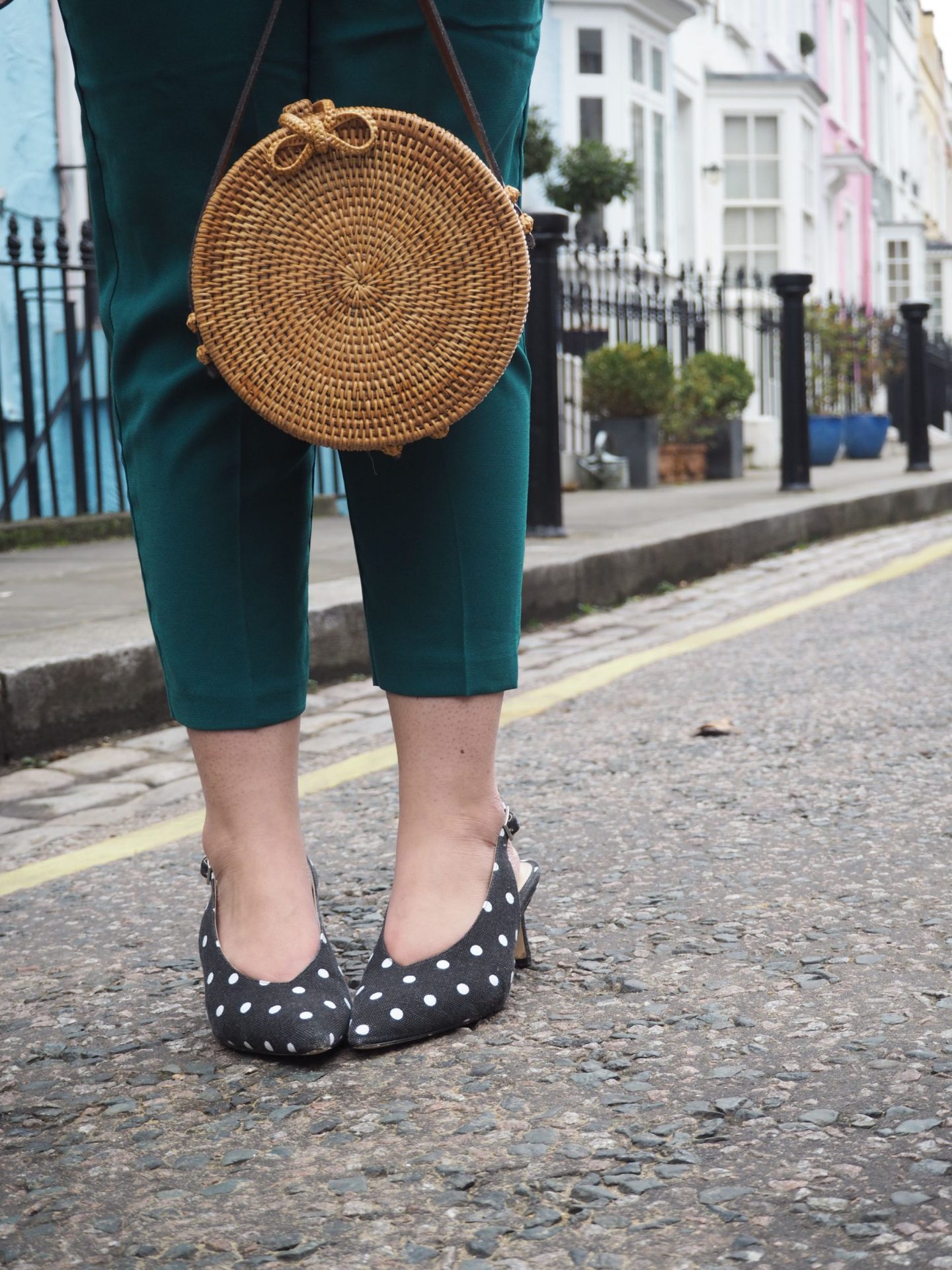 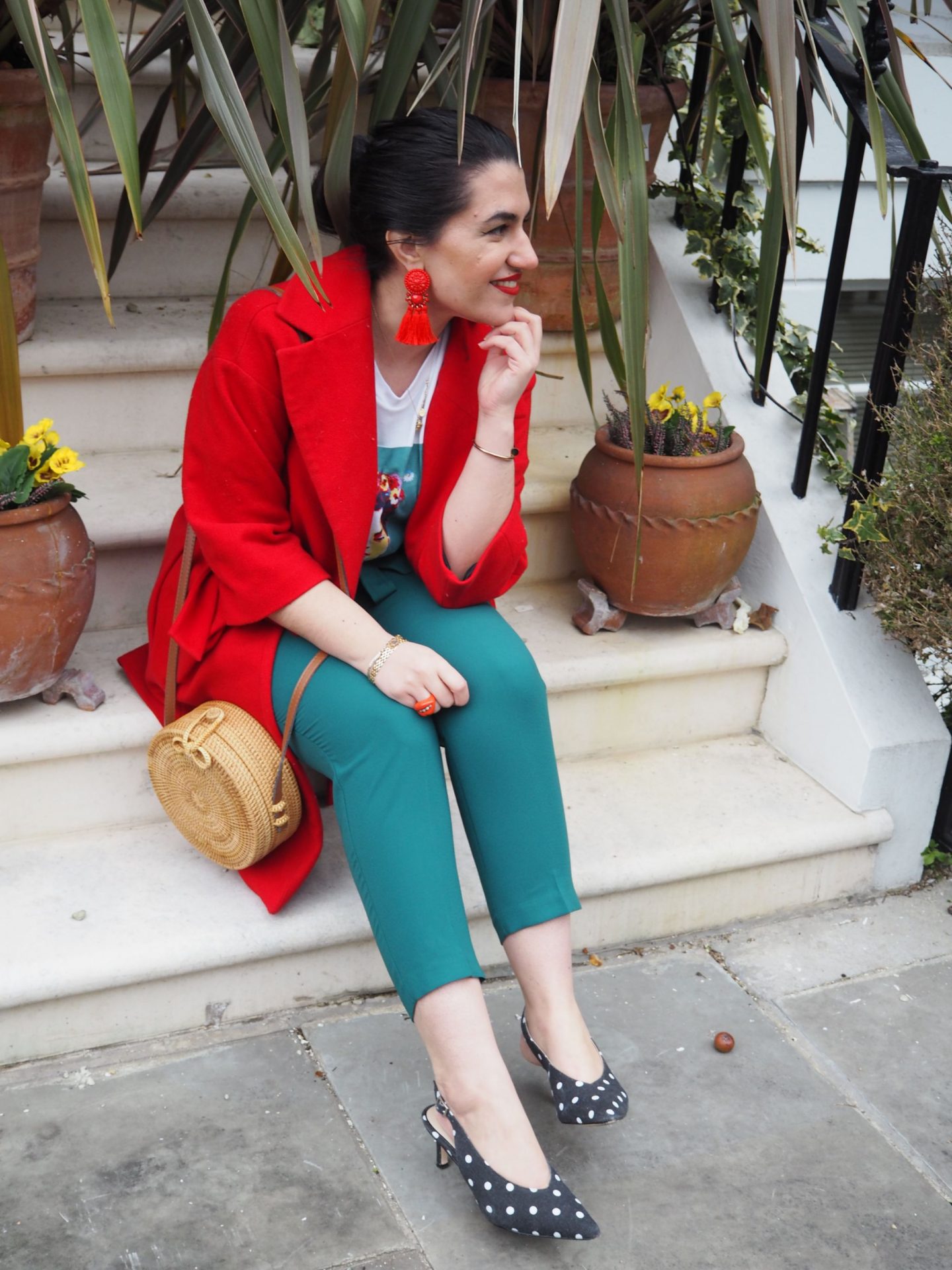 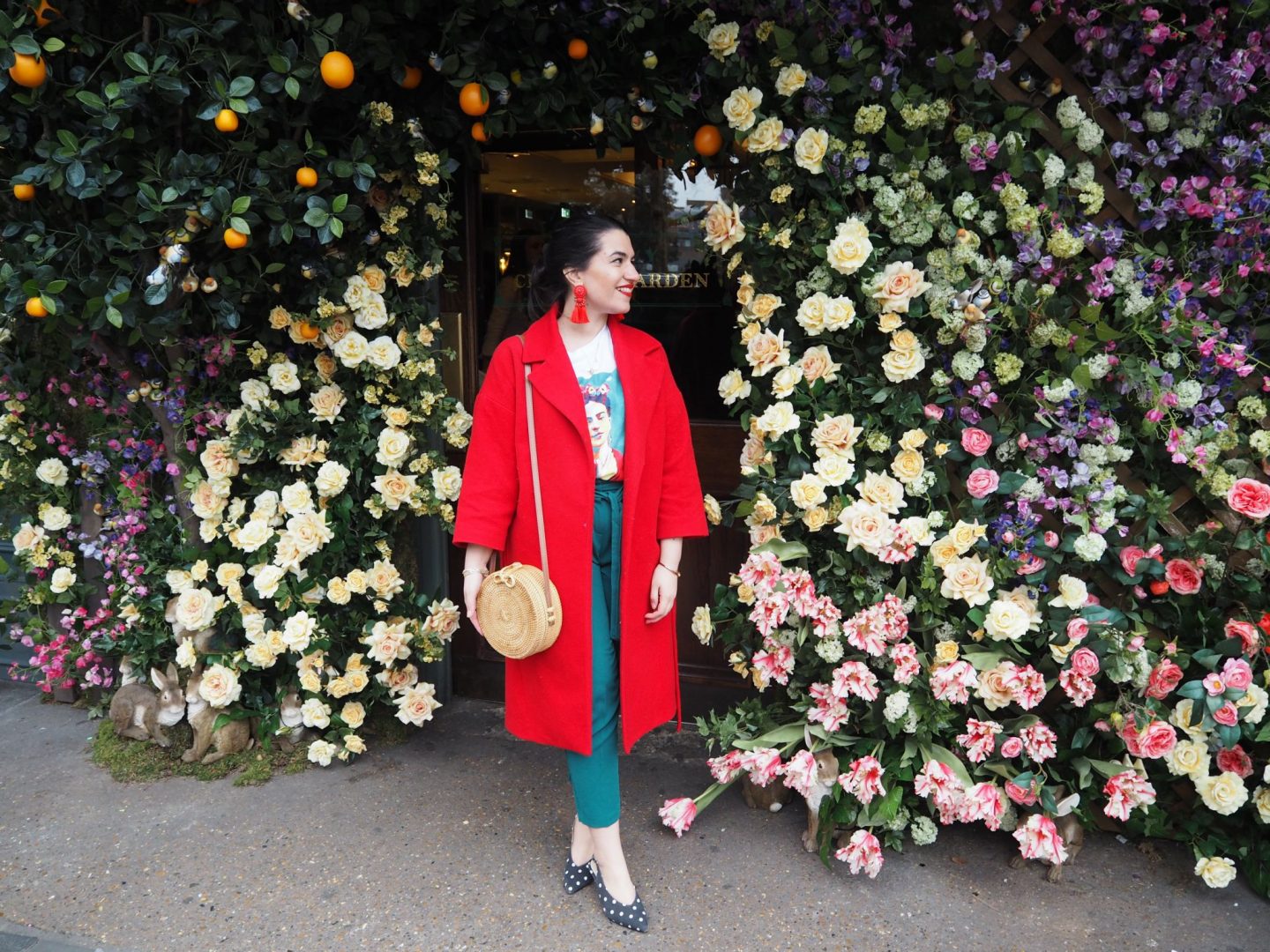 Another glorious bungalow sculpture by @richardwoo

THE SONG OF THE MERMAID 🧜🏼‍♀️ Did you

Not a picture from Folkestone, but doesn’t @neve

Manifested a ‘proper’ strawberry daiquiri (if

A cute #ootd and an even cuter house {by @richardw