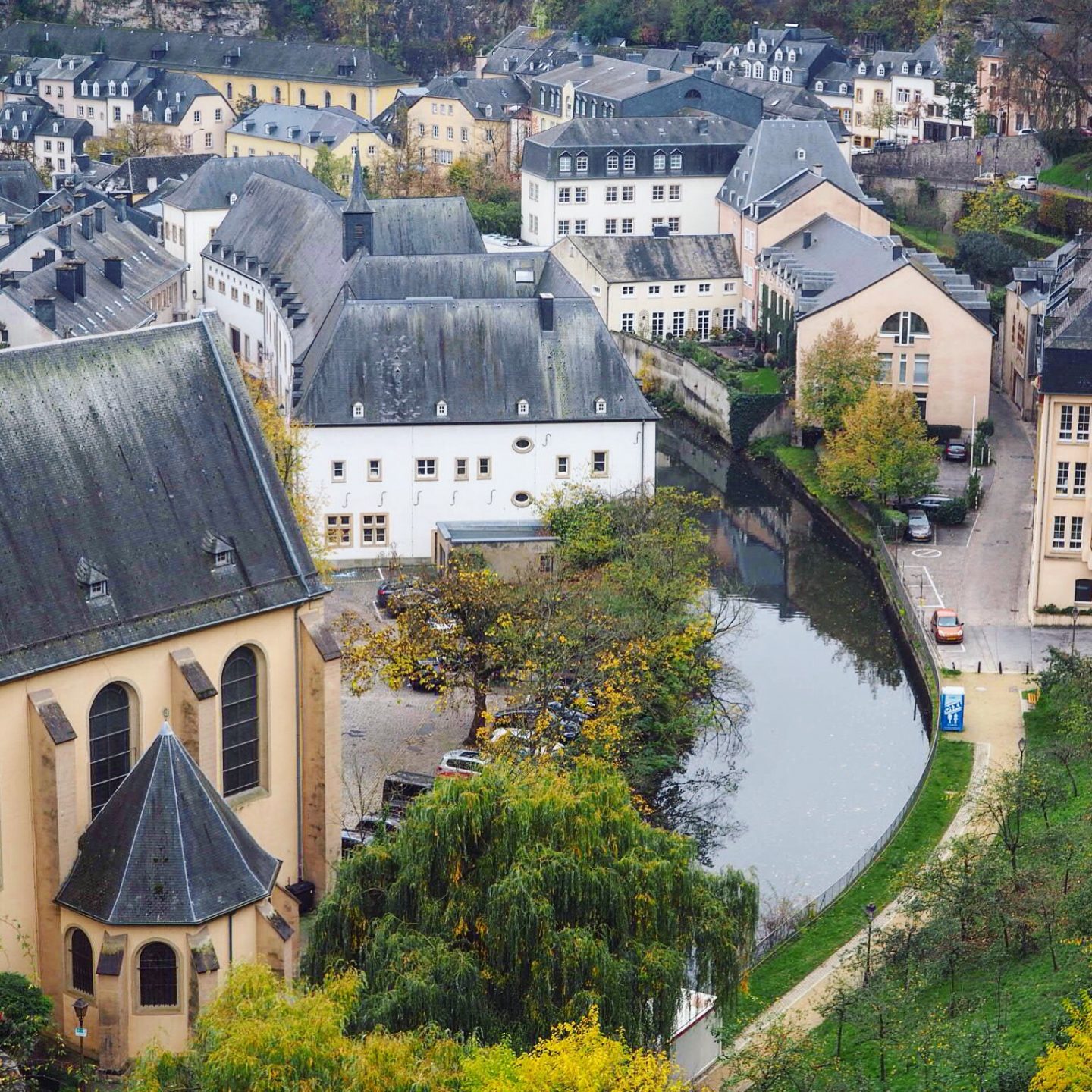 A few posts ago I mentioned that the end of September and essentially, the whole of October were not the easiest months for me, so it was really nice to have a little getaway in Luxembourg at the end of my Birthday month (and basically a few days before turning the ripe old age of 31). My boyfriend had booked this mini trip a few months ago on a whim (meaning the flight tickets were cheap and cheerful) and as the dates drew closer we were actually considering not going – we were terrified of the expensiveness of Luxembourg! But I’m so glad we didn’t give it a miss – I knew it would do me good to get out of London even if it was just for two days, and Luxembourg is beautiful and fairly manageable in a short period of time.

We flew there on Friday night – we had decided to just stay at Novotel, which is within the airport compound, as it was reasonably priced and getting a bus from the airport to where all the action is very easy, it takes about 20 minutes and there’s a bus every 10 to 15 minutes (plus public transport is free on a Saturday). 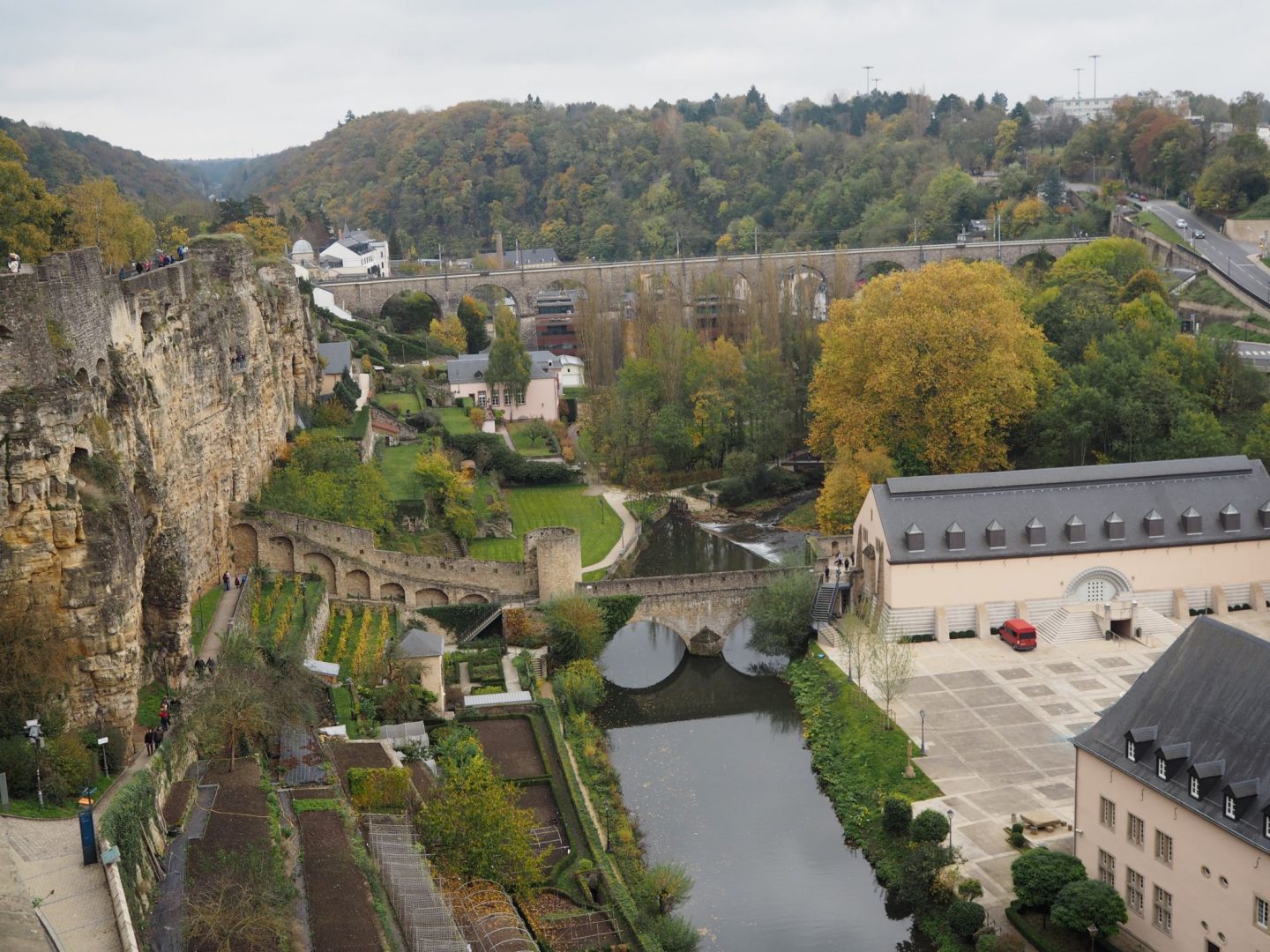 I mean, look at those views by the country’s casemates. I know I’ve said this about a few of the countries I’ve been to this year (I’m looking at you, Prague and Basel) but oh my god, there are some parts of Europe that really do look like medieval fairy tale settings, and Luxembourg was a perfect example of this. 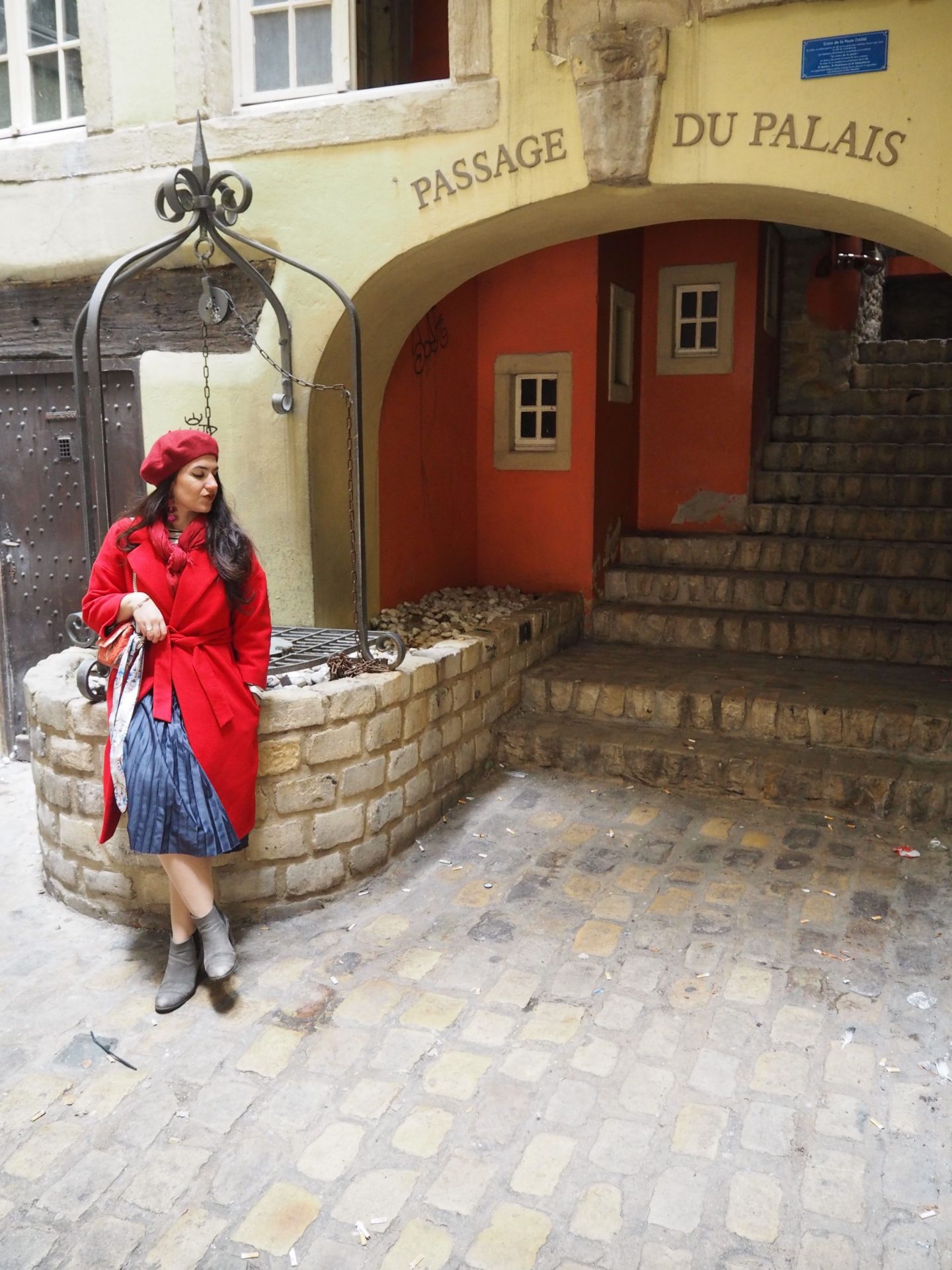 Luxembourg City was full of romantic passages and spots that are literally from a bygone era, since this small country has such a rich history. If I remember correctly this passage goes through an ancient building and leads to the Fish Market. 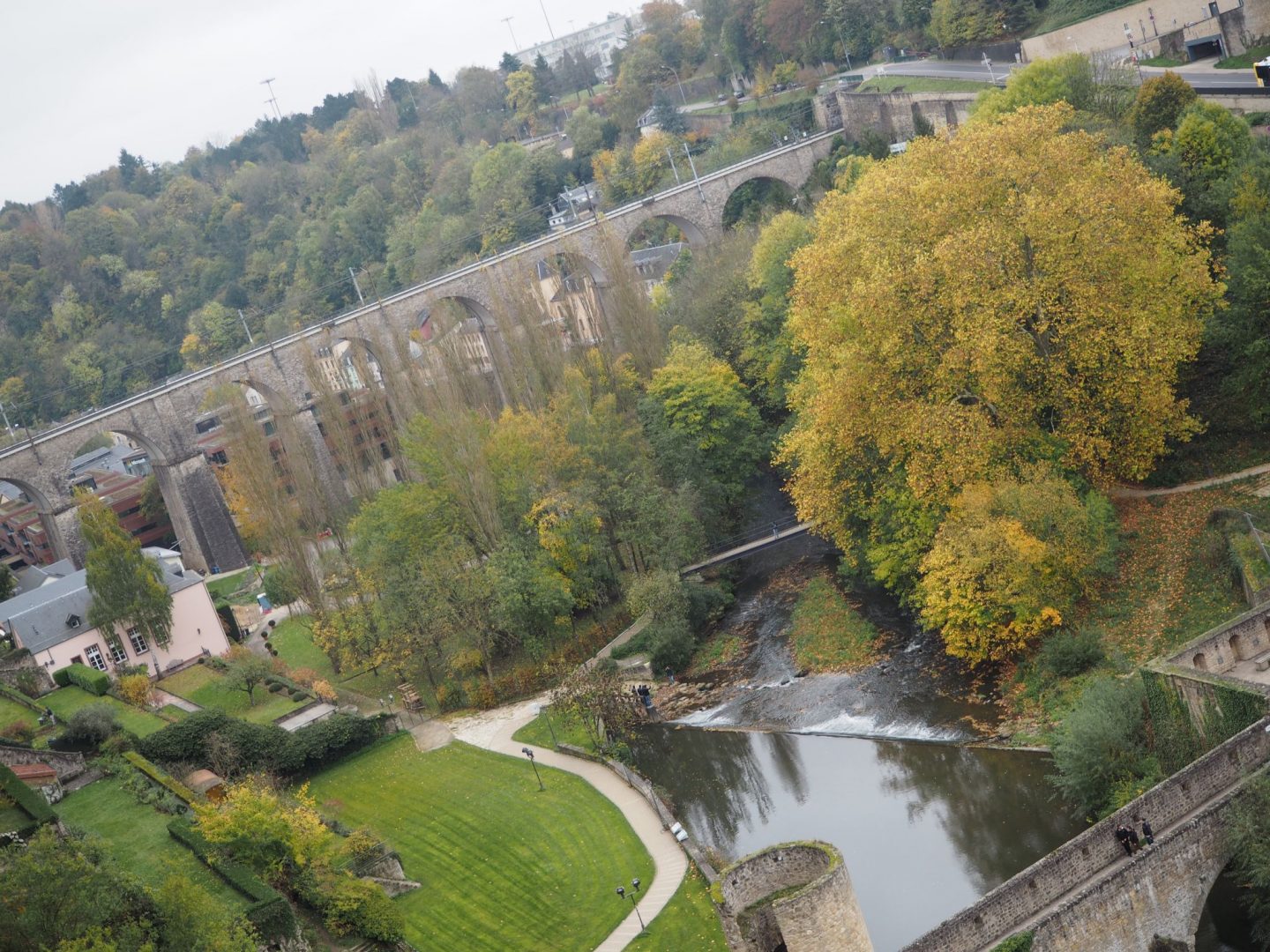 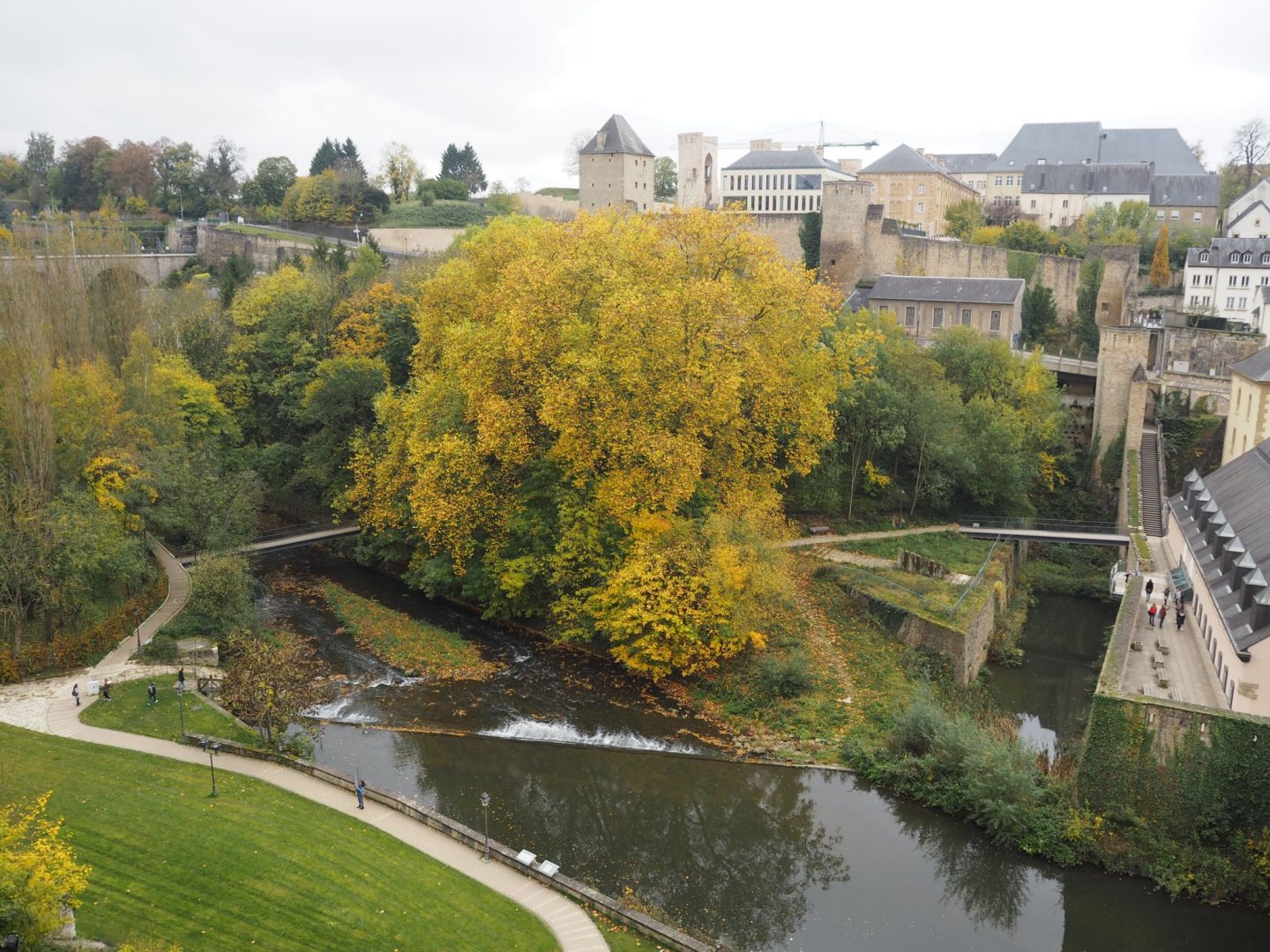 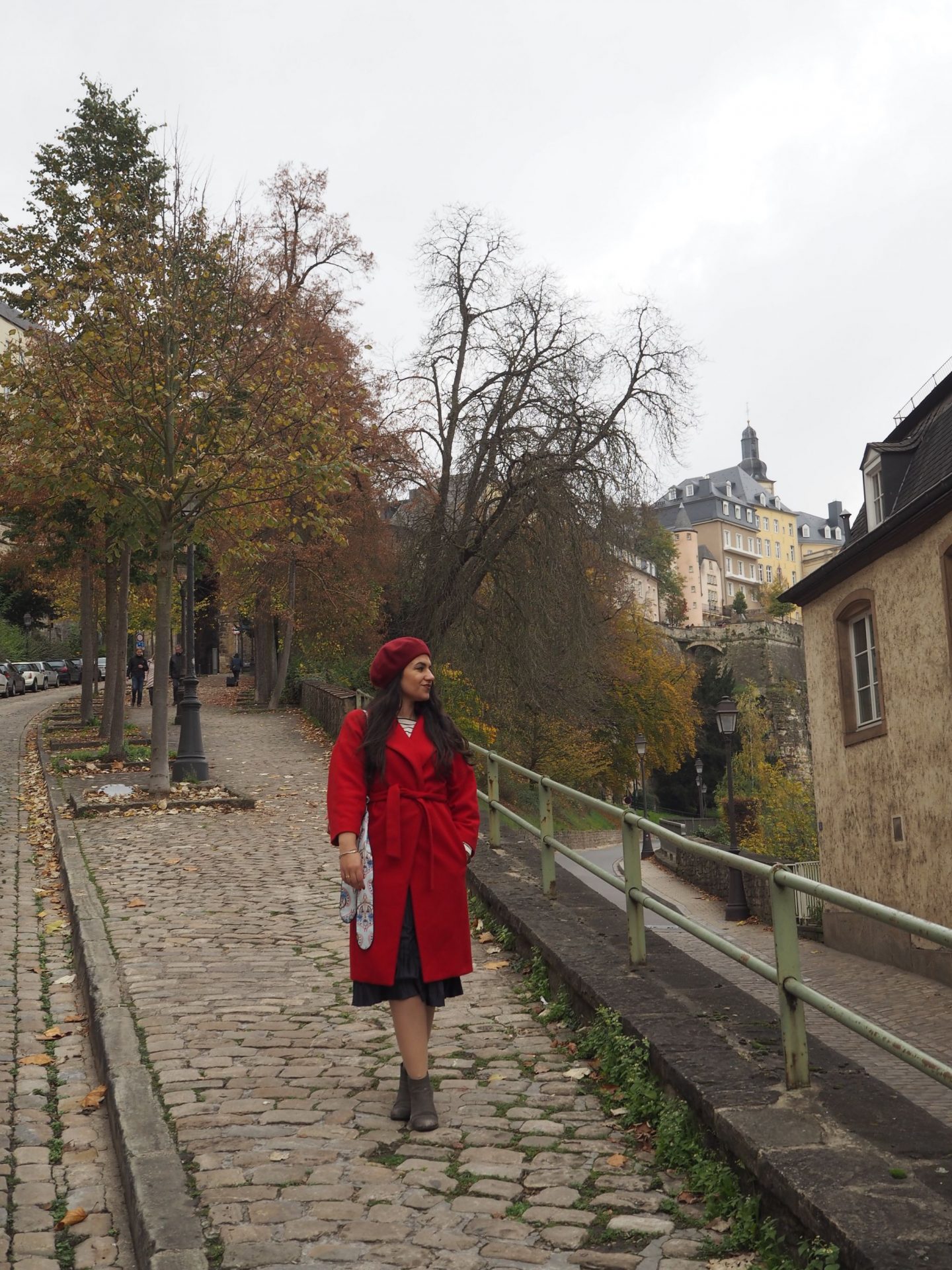 Luxembourg was drenched in autumn, and it was chilly but stunning! 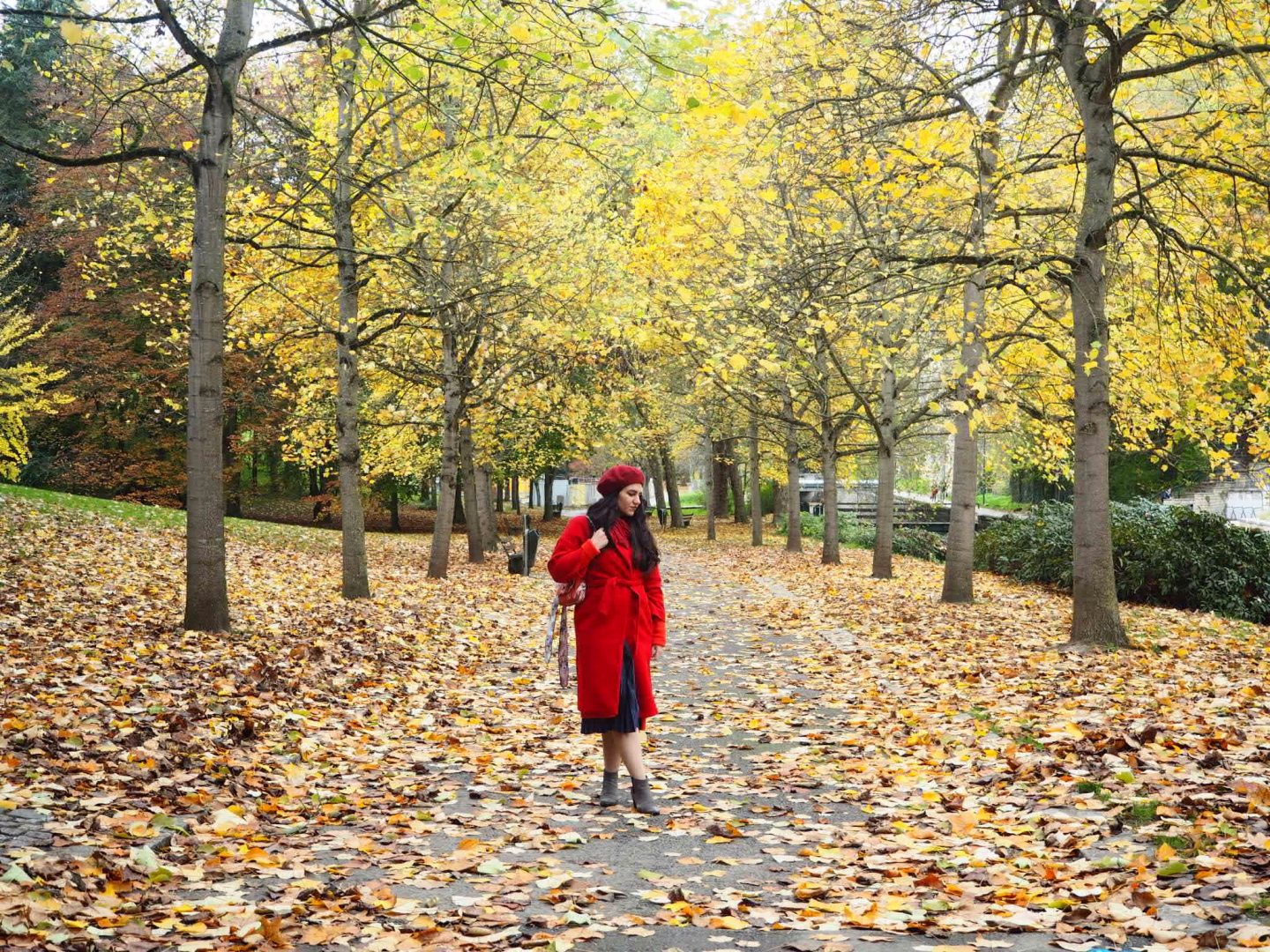 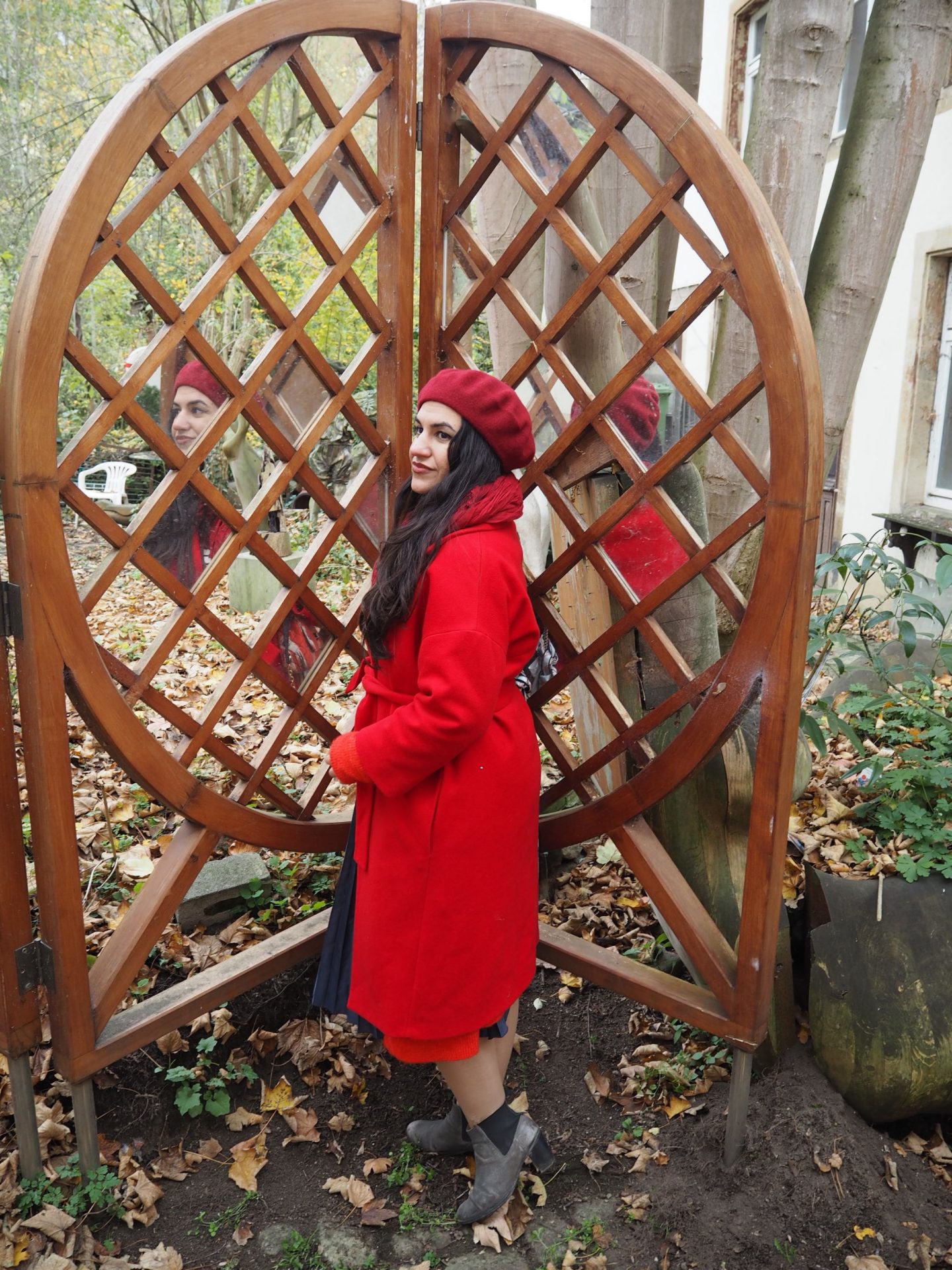 We stumbled upon this beautiful patio (right off Alzette river) that was full of quirky artefacts and sculptures – it was like an artist’s studio or even gallery out in the open. 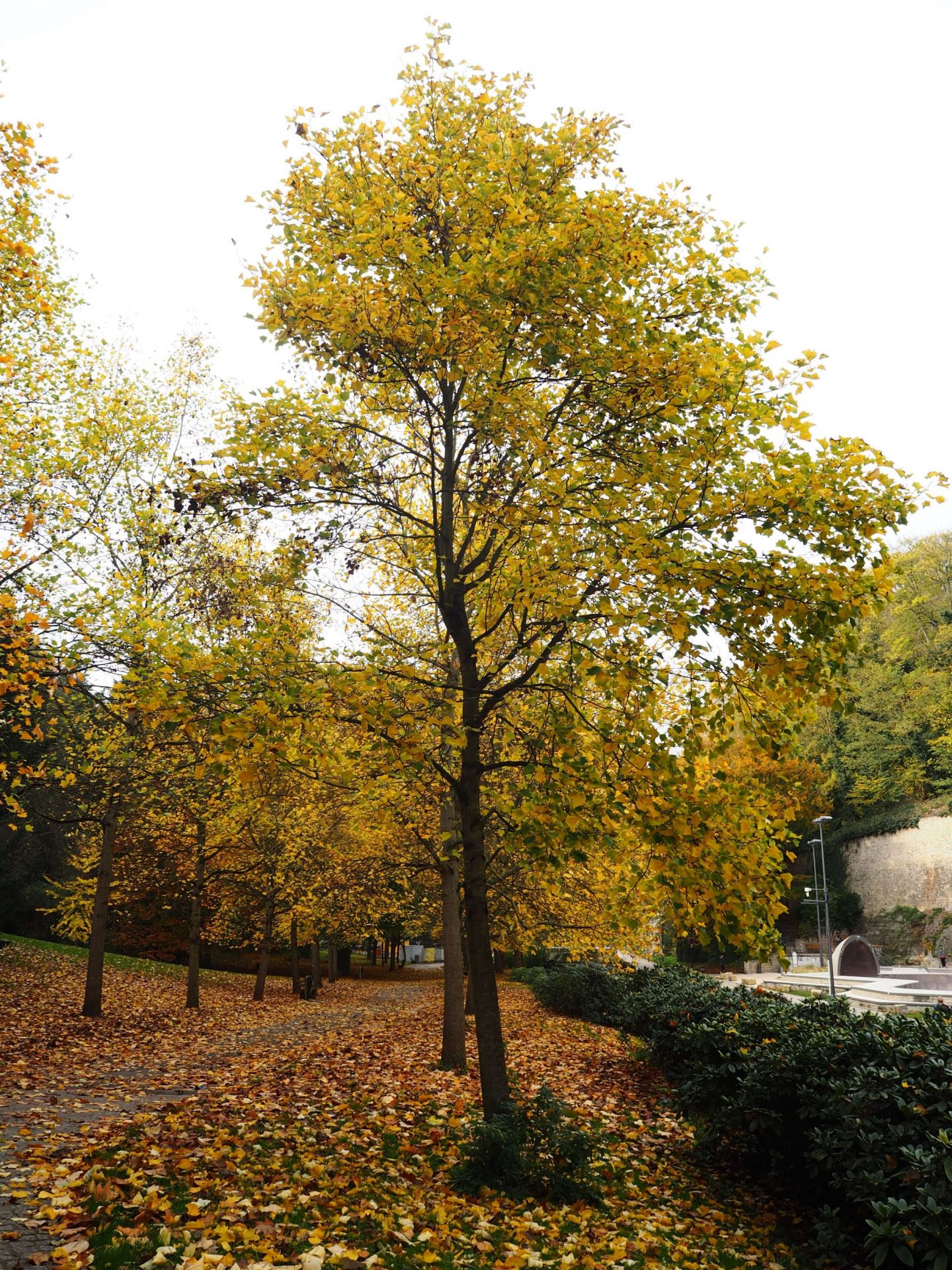 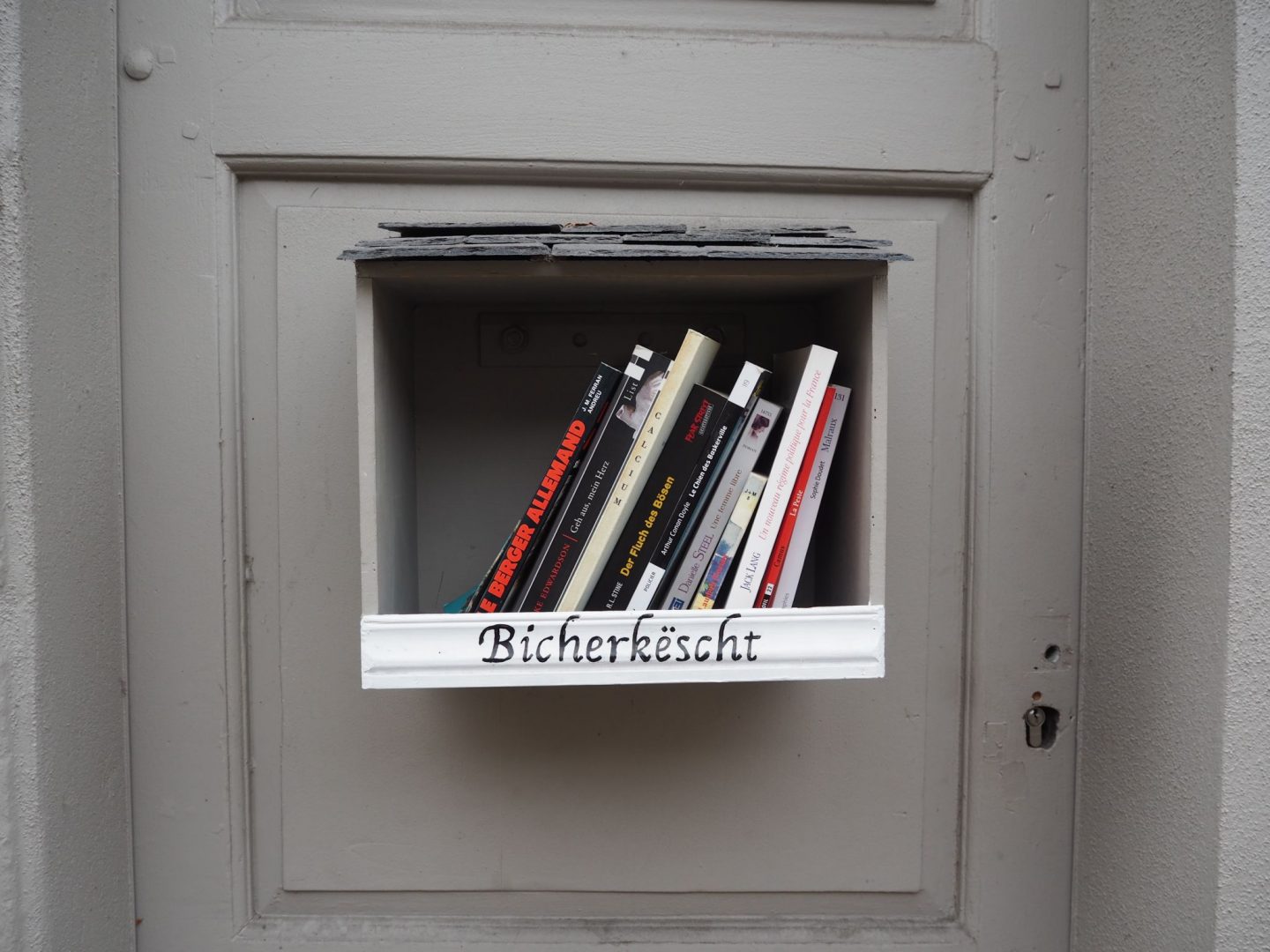 How cute is this? I love it when people leave out books for other people to take. Luxembourg may be a French-speaking country but it in my eyes it had a Germanic vibe – and I’m not just saying that because of this very Germanic-looking word. Which, by the way, I literally cannot find the meaning of, is it a made-up word or an insult?!

Another interesting fact about Luxembourg is that a huge percent of the population is actually foreign. 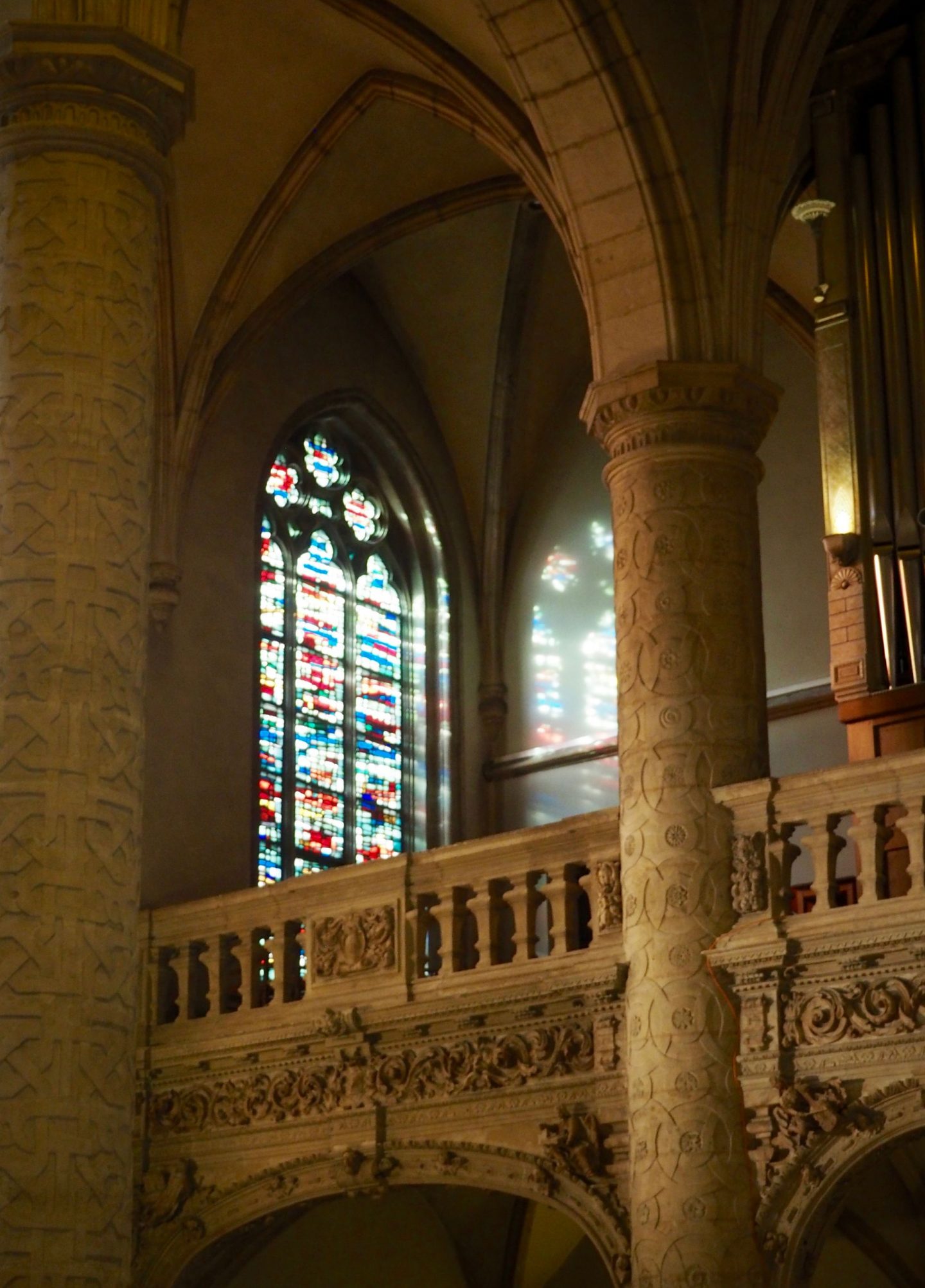 And this is when ignorance strikes in – we went into a few churches and *I think* this picture was taken at Notre-Dame Cathedral, but I’m not 100% sure. Soz. 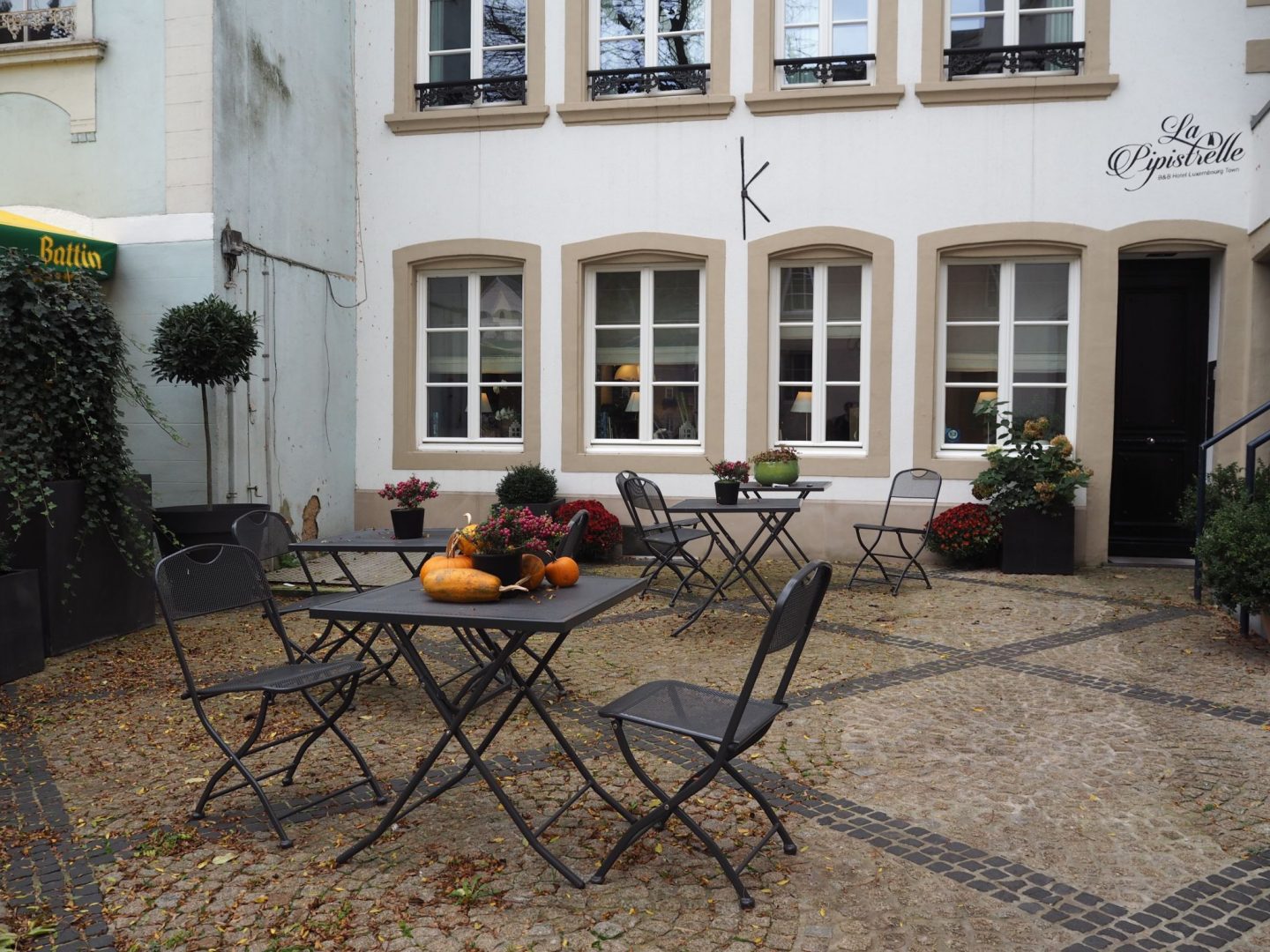 Being a Halloween baby, I am of course partial to pretty Halloween decorations. 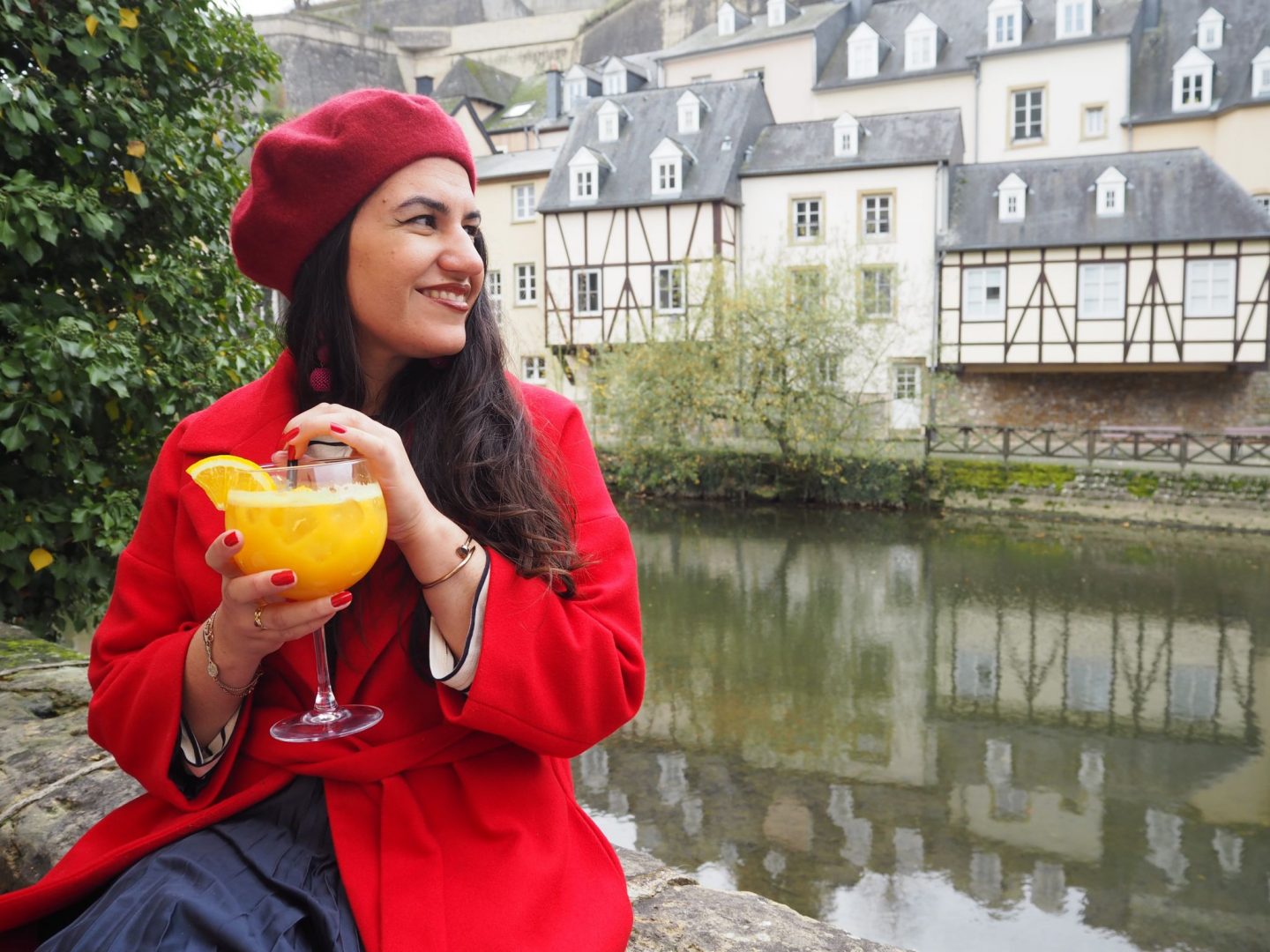 When my boyfriend wanted to go to an Irish pub called Scott’s I sighed, because Irish pub = faux Irish pub and a ton of Guinness symbols – but I agreed because that’s what true love is all about, right? Well, I actually loved this pub so much! Firstly, it’s right by the river Alzette, which instantly makes it appealing, and secondly it just has a really good atmosphere and feels very cosy. 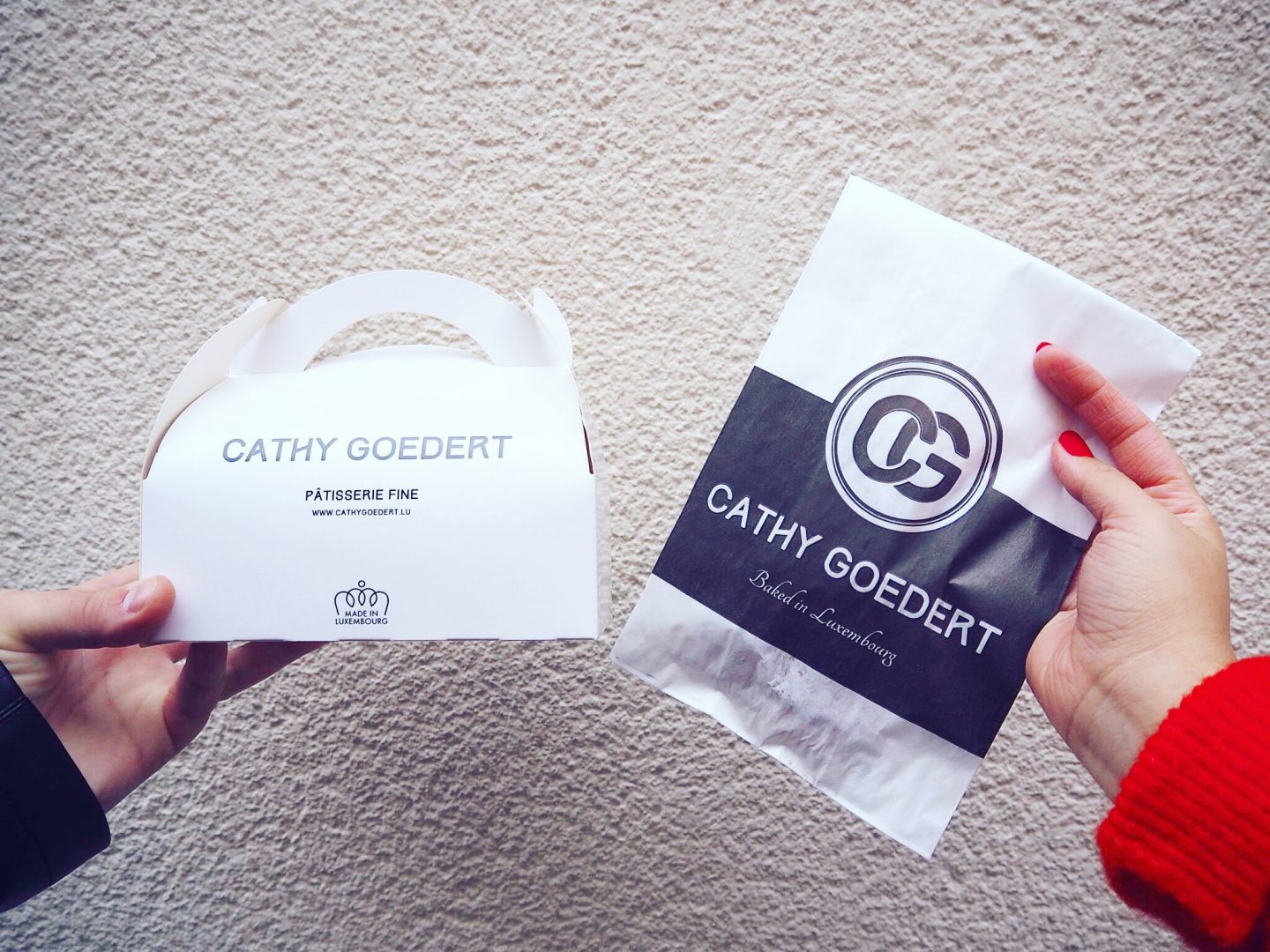 We decided to have a sweet treat at a super lush-looking bakery called Cathy Goedert and oh my, it was delicious. Not to mention how incredibly sweet the lady who served us was – she treated me to a brownie! 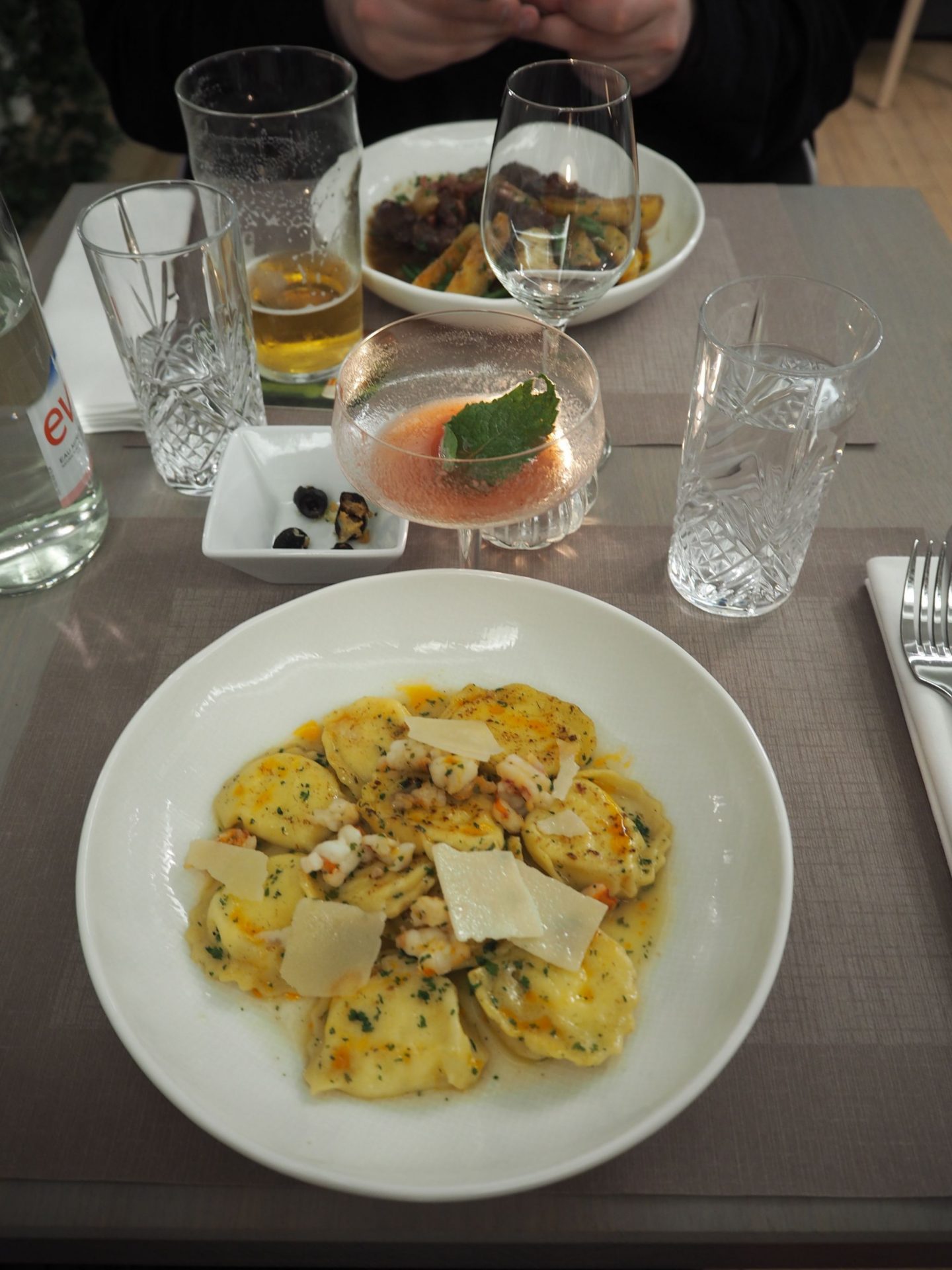 On Saturday night we had dinner at Coliseé, which was lovely – I would hesitate to recommend it though because it was so, so expensive. I could have left the restaurant crying about how much we’d spent. I got the impression that Luxembourg is generally very expensive when eating out though, so this was probably a standard amount to spend in a nice restaurant in Luxembourg. 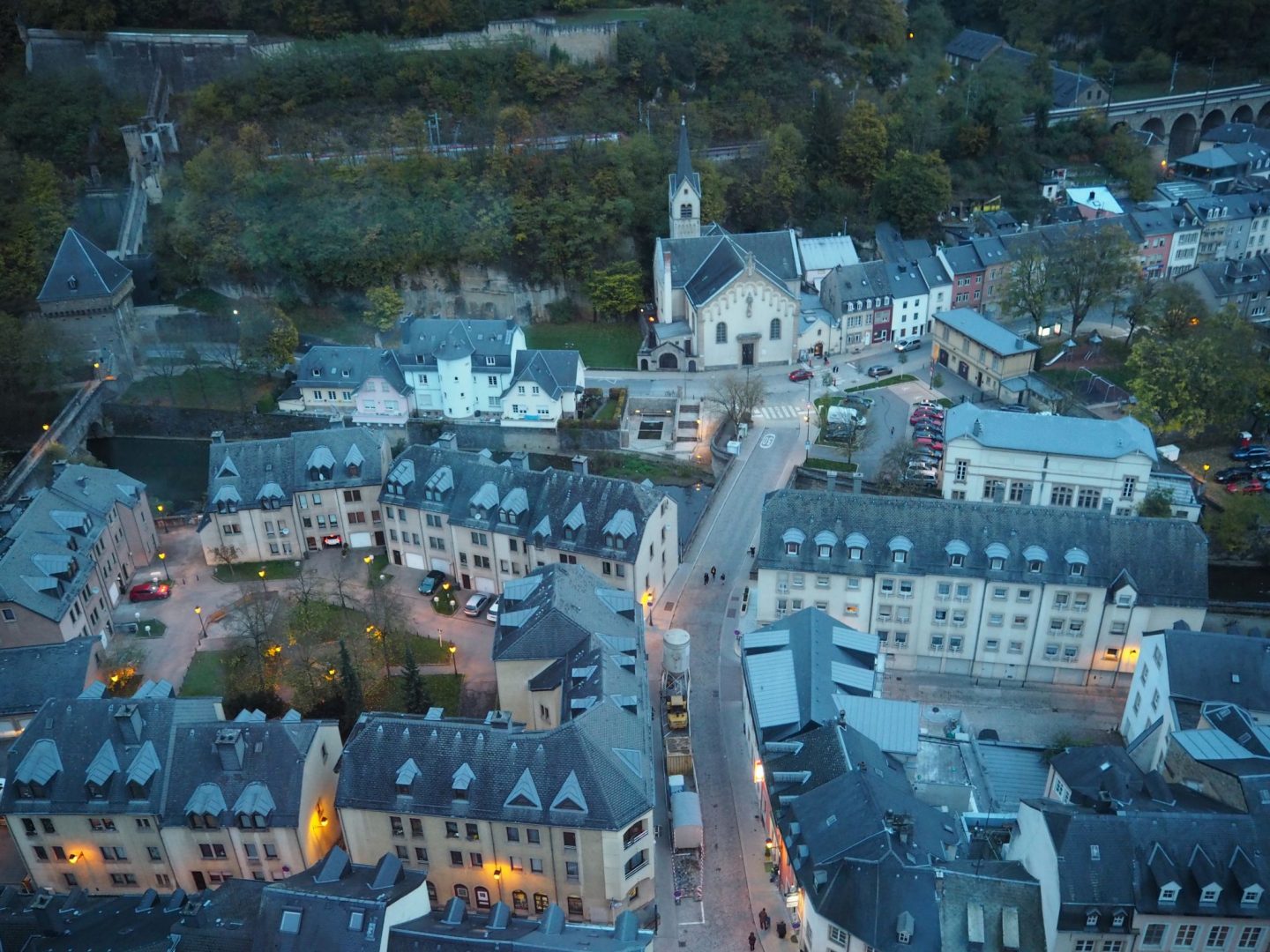 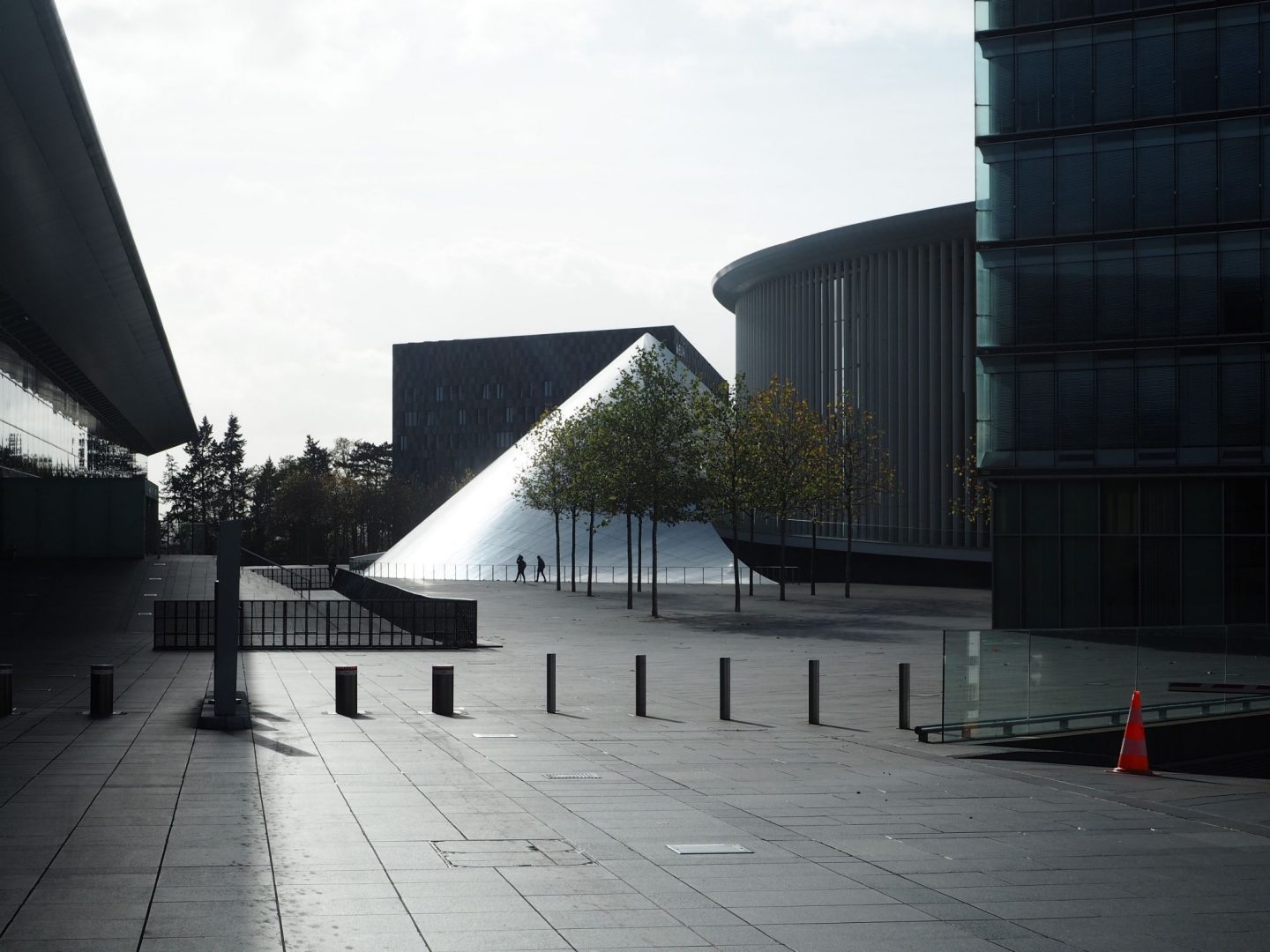 On Sunday, which was our final day there, we explored the Grand Duke Jean Museum of Modern Art (in French it’s Musée d’art moderne Grand-Duc Jean), and all the striking architectural wonders that surround MUDAM (the museum’s cooler, abbreviated name). 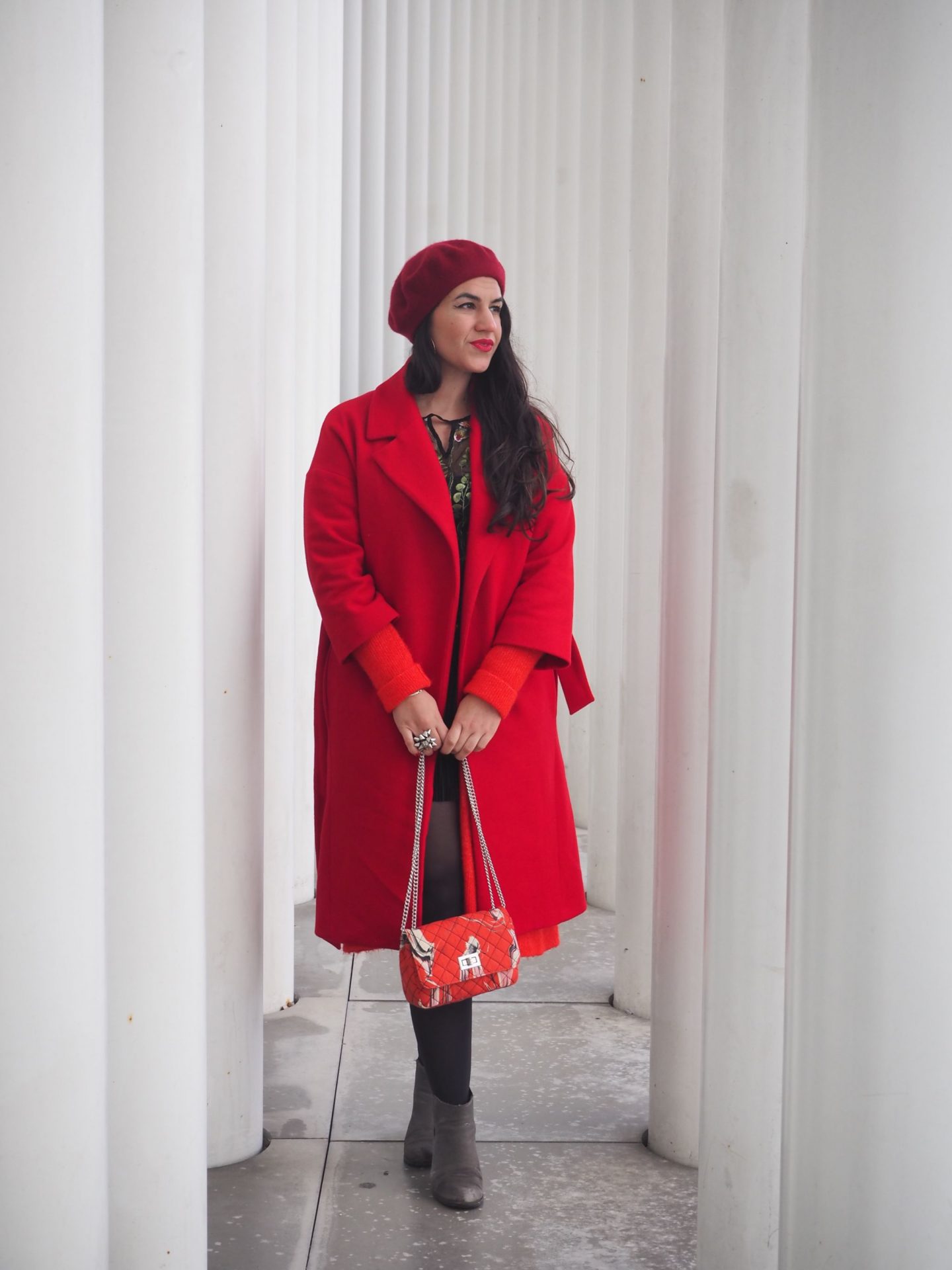 This is one of those striking buildings close to MUDAM. This picture was taken at the incredible Grande Duchesse Joséphine-Charlotte Concert Hall, a.k.a. Philharmonie Luxembourg. My god, what a building. If I lived in Luxembourg I think it would be a ‘hello white Insta theme’ situ for me and I’d have all of my outfit shots taken there. Narcissism aside, it is such a beautiful building (check it out here). 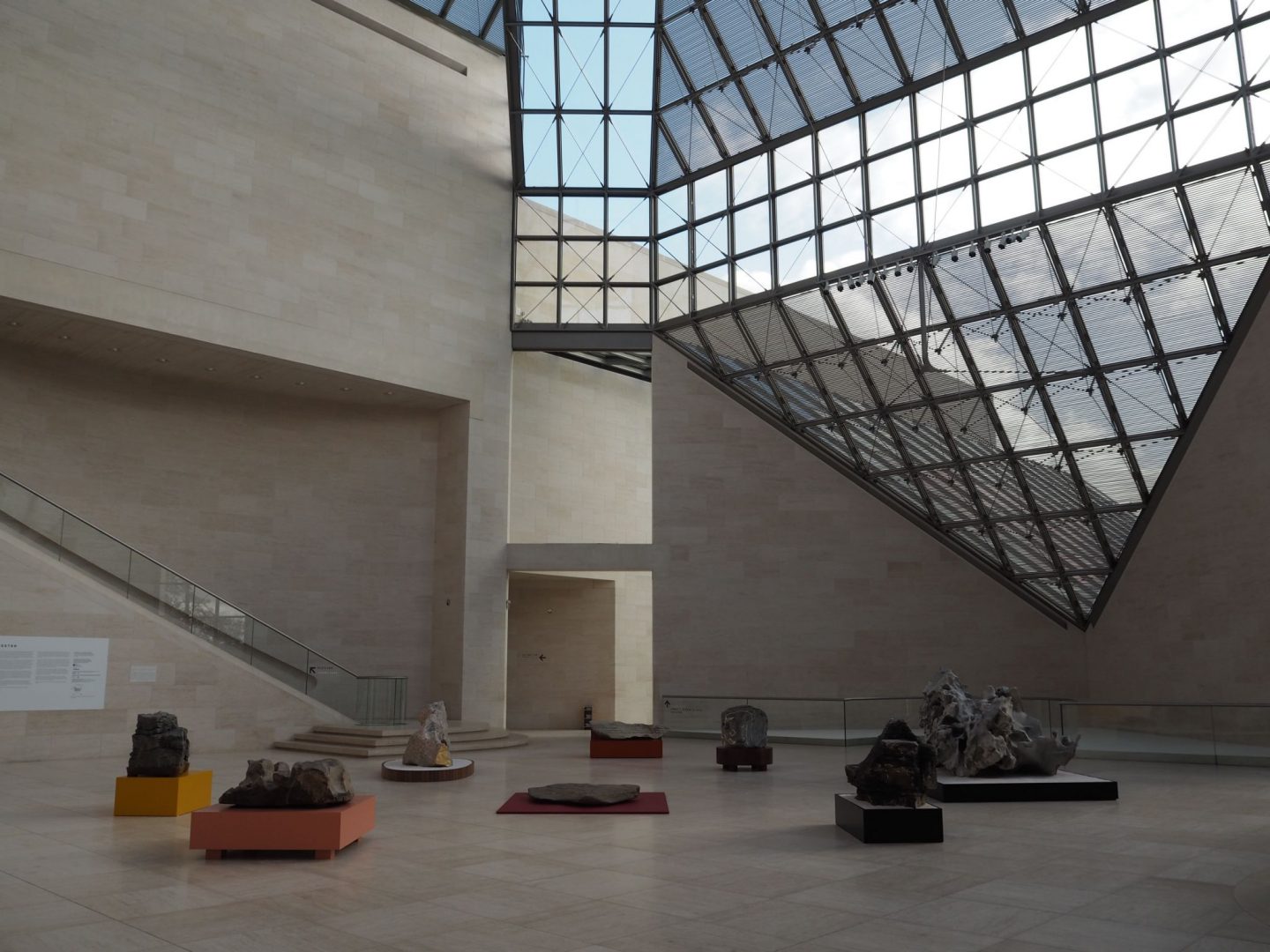 As for MUDAM, I really, really enjoyed it. I’m generally not a fan of modern art but I thoroughly enjoyed walking around MUDAM and discovering all the contemporary pieces there. The site’s architecture and never-ending photo ops certainly helped (I will forever applaud a museum that allows you to take pictures), and it was surprisingly quiet and very, very peaceful to explore (no overcrowded National Gallery or Tate Modern situations going on here). 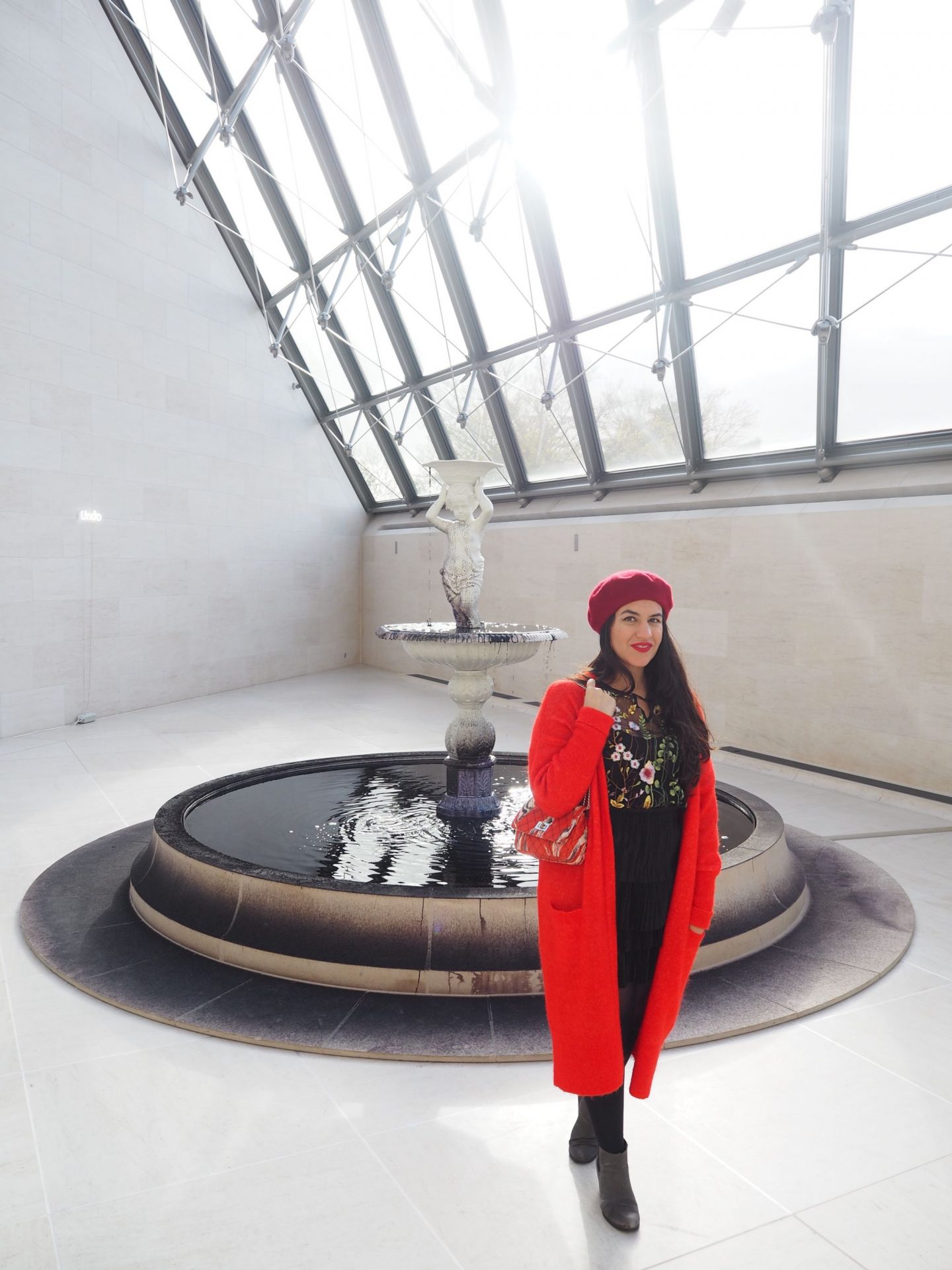 I mean, how cool is this installation. Nope, that’s not a reflection thing going on there, the liquid you see in that fountain is indeed black as night. It’s by Su-Mei Tse in collaboration with Jean-Lou Majors and it’s called Many Spoken Words. 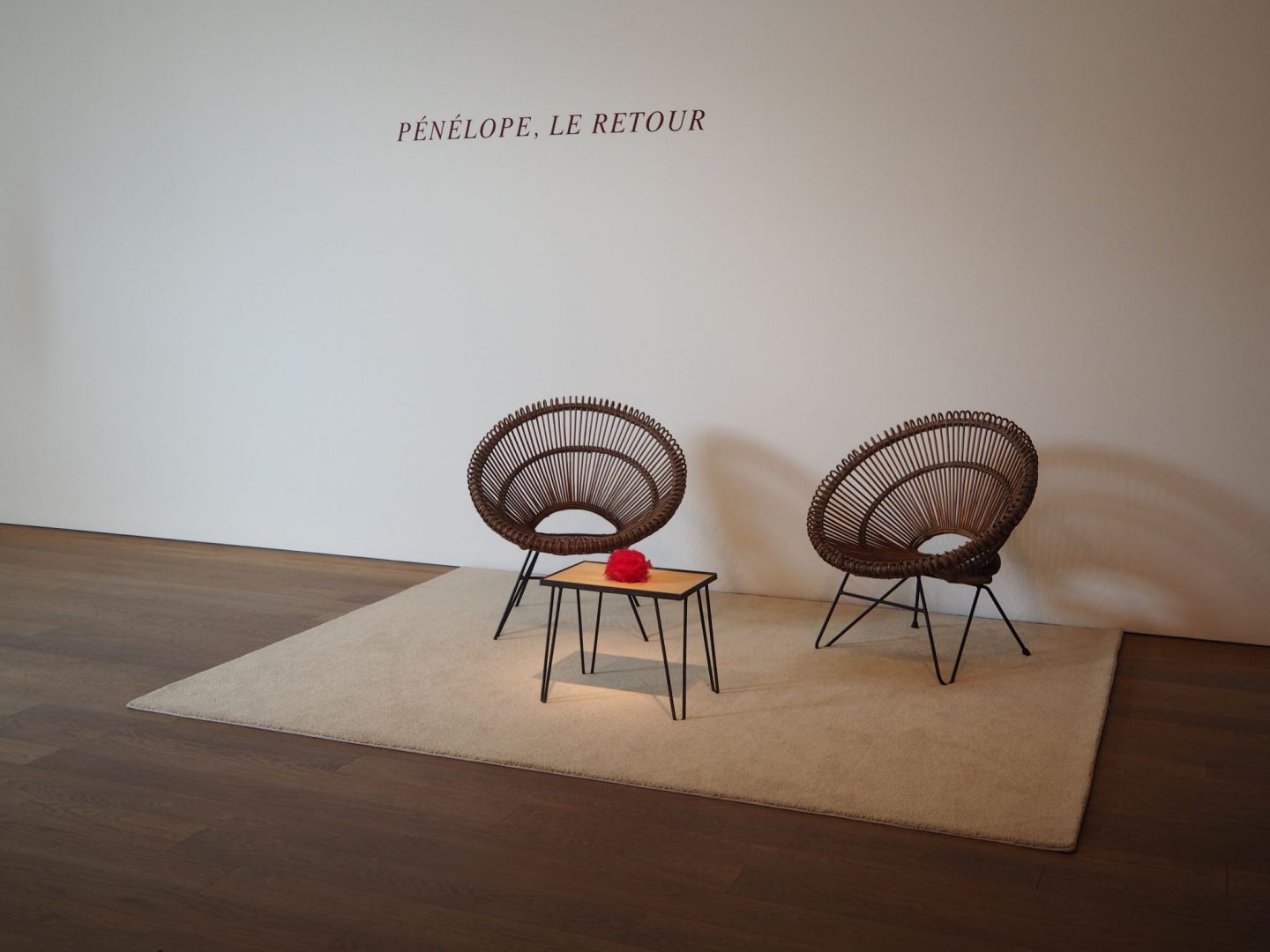 I mean, it’s stuff like this that makes me question contemporary art. BUT, it makes for a lovely picture. 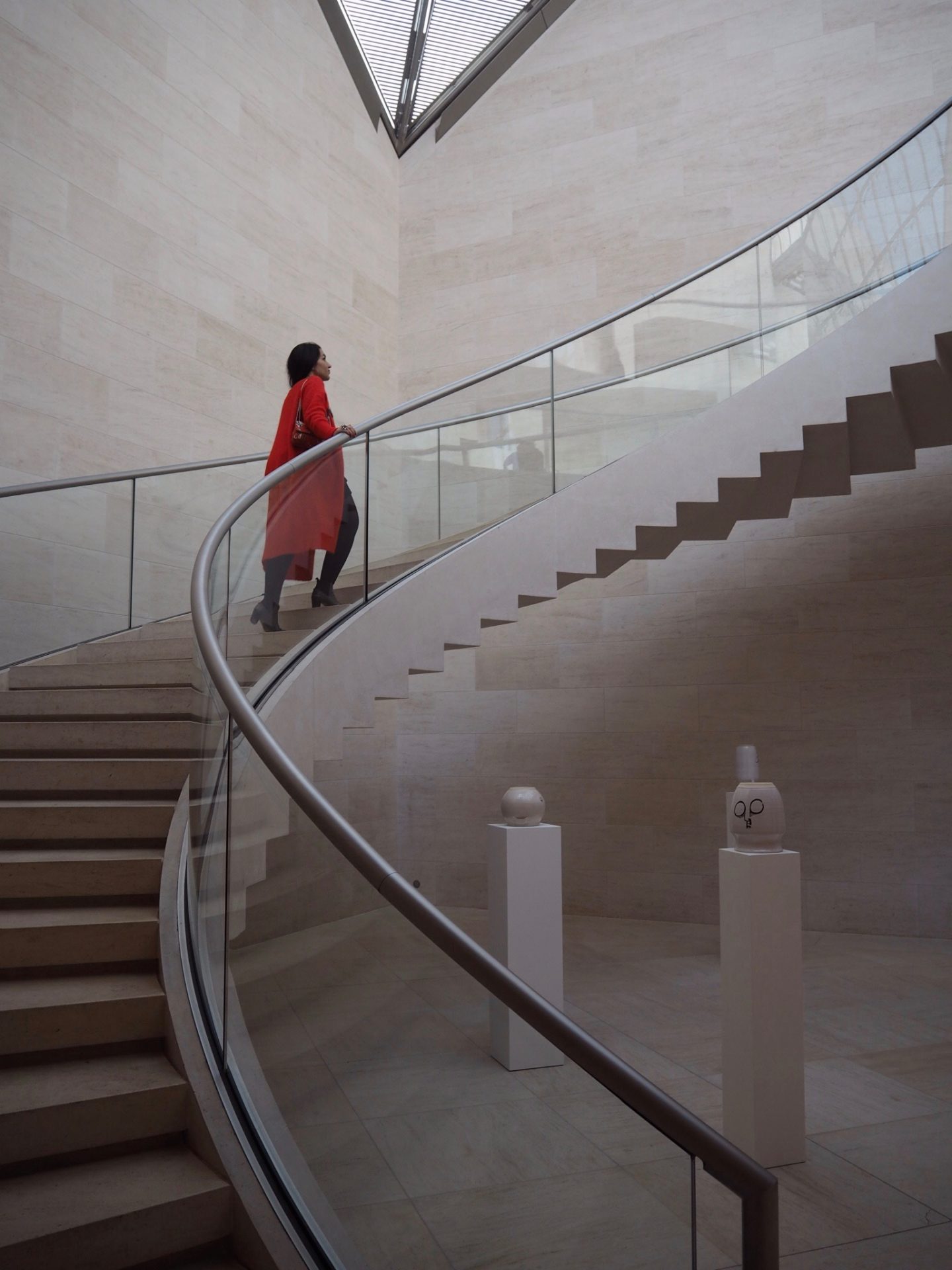 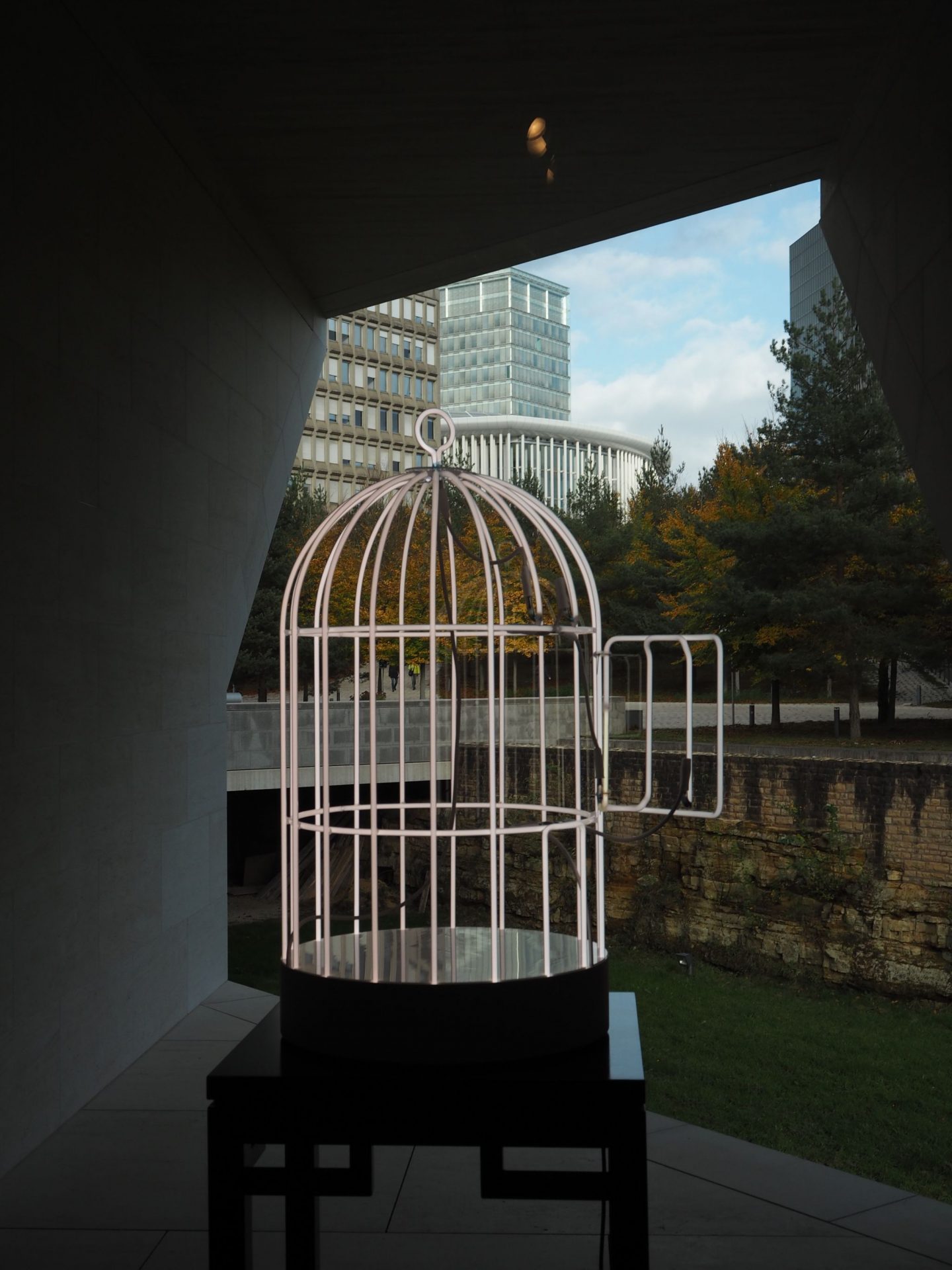 This neon bird cage was also by Su-Mei Tse – I gotta say I love this woman’s work! 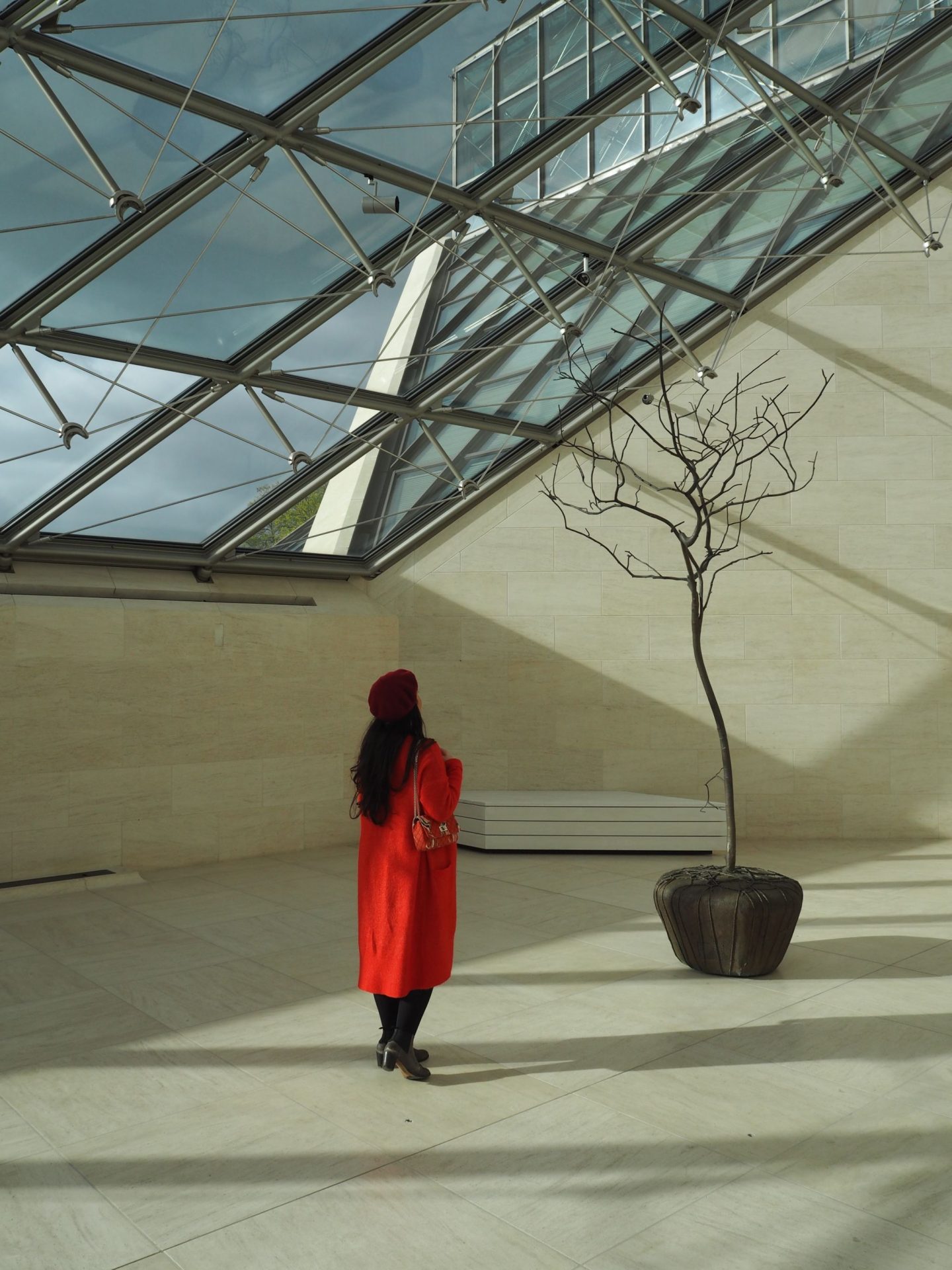 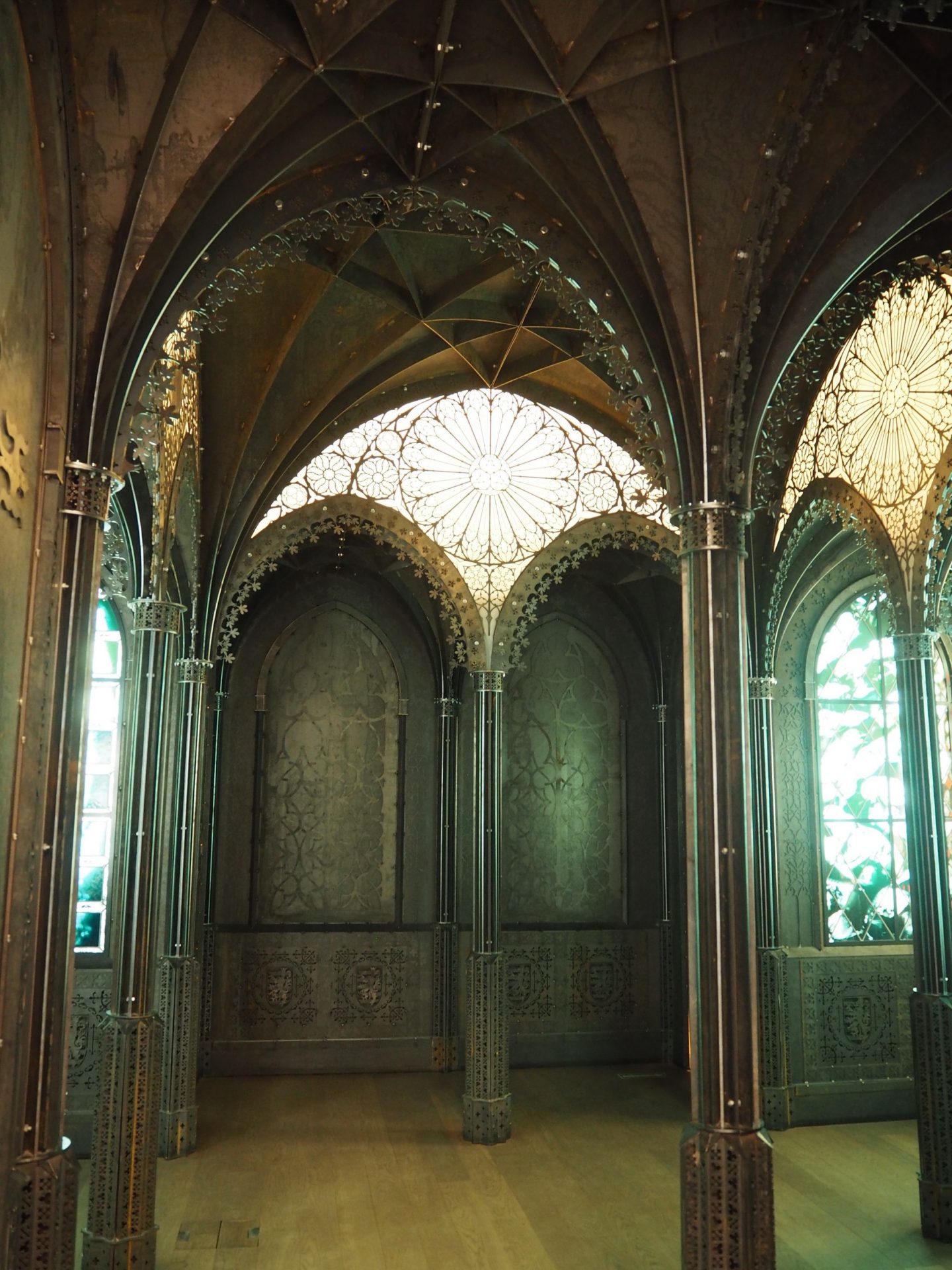 OK, this installation was the bees’ knees – sadly it didn’t photograph well so please go to Luxembourg and see it?! It’s a mini Gothic-inspired cathedral that’s full of kinda-cool-yet-kinda-disturbing X-ray imagery. It’s called Chapelle and it’s by Wim Delvoye. 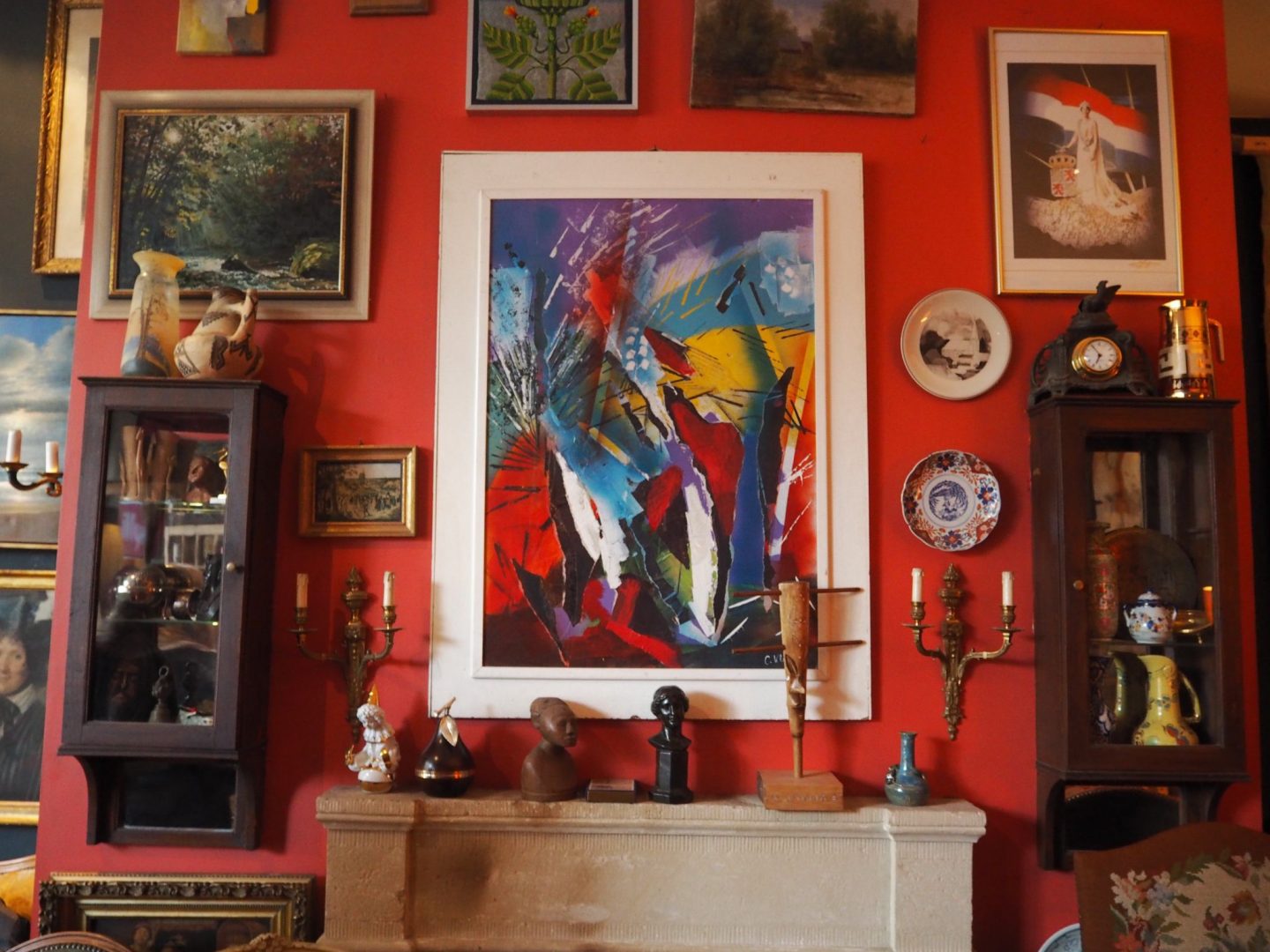 How to create a cafe that Vanessa will fall in love with: make a place look super cosy – like an eccentric granny’s home who may just well be an art hoarder – and serve some basic food and drink. Yep, I’m that basic , but Kalee Kaffi (1247, 9 Rue de la Boucherie, 1247 Luxembourg) stole my heart. It’s a super cute little cafe to chillax at and basically feel like a super cool Luxembourgian expat. It has great reviews on Trip Advisor, which I know may be a big turn off for lots of people, but I loved it to bits. There is one big but, however – my boyfriend had a hot chocolate there and detested it. And you would think that out of all the places that could not go wrong with a hot chocolate Luxembourg would be one of them, right? 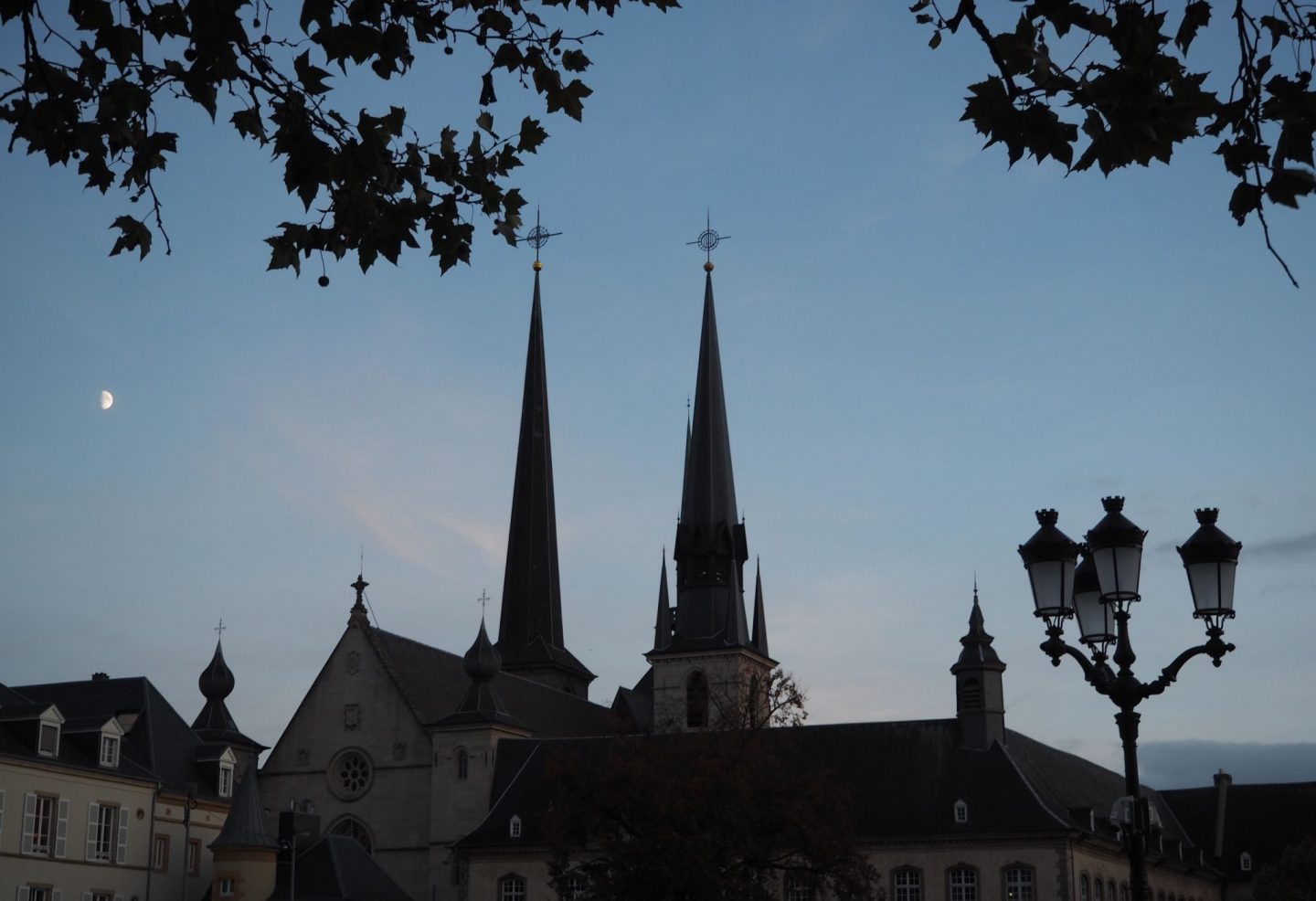 So there you it have it folks, we left Luxembourg on Sunday evening and headed back home to London after a whirlwind weekend away. I have to apologise yet again for not having made this post more like a guide, but it was such a short trip and I honestly worry that I missed on a few very good things. One place where I would have loved to eat was veggie place Beet, but silly me failed to see that it wasn’t open on a Sunday (sob). I recently discovered the amazing fashion blogger Anna Rose Lily and found out that there is a ton of incredible street art in Luxembourg – yes, I’m broken-hearted about not having seeing it. I also missed out on Jardin du Luxembourg, which looks insanely beautiful – to hell with internet research, this is the last time I’m travelling without a guide book!

Click here and here if you have any sort of interest in what I wore on this trip (SO important, I know), and that’s it for 2017 in terms of travel posts, folks! My next trip is likely to be a Christmas visit to my family home in Spain, which won’t really be anything spesh (I’ve done lots of posts about my hometown in the past), so I really hope I get to do a few trips here and there in 2018. Wish me luck, as I love writing about them almost as much as I love doing them!