Oh my, I can honestly say I don’t feel like it’s the last day of the year. 2015 has been a challenging time for me, and I’m definitely looking forward to a fresh start. I also can’t wait to give my blog a lot more attention in 2016 – I’ve been absolutely terrible at blogging this year so one of my new-year resolutions (Oh, don’t you just dread those?) is to change my procrastinating blog habits once and for all.
My last post of 2015 (That sounds so dramatic!) is a litte different to what I normally do – I just think it’s time to share on the blog what became one of my passions in 2014, afternoon tea.

My first time going for afternoon tea was in 2013 – I’d been living in London for eight years and had actually no idea what this involved, other than tea after 12. Little by little I fell for the magic of it all. Then again, what’s so special about getting served little sandwiches, scones and lots of sweet things on a tier when soon afterwards you will probably feel like you need a big fat burger? I don’t really know, but it’s amazing and addictive!

Last month my friend suggested we go to The Langham Hotel off Regent Street for a delicious afternoon tea session. Ignorant moi had never heard of this hotel – many of my afternoon tea sessions have taken place in little cafés – and didn’t realise I was in for an absolute treat. 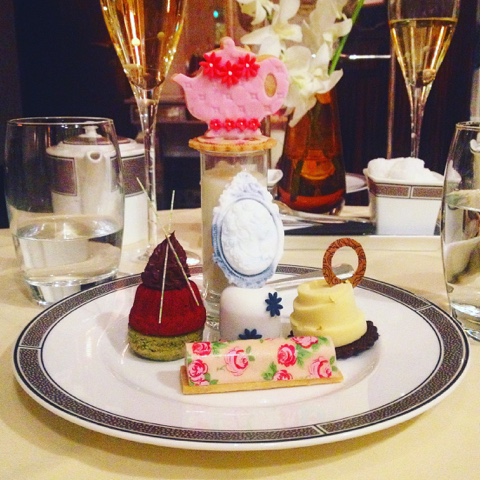 Firstly I almost had a little heart attack when walking into the marbled floors of this lovely place. Built in 1865, this distinguished hotel was back then the largest in England, and has ever since gathered a colourful history full of well-known guests. Its Palm Court has been serving afternoon tea since its opening, so it’s fair to say The Langham is the place to go for luxurious afternoon tea.

I have a love-hate relationship with beautiful afternoon tea – on the one hand it’s awesome but on the other hand it’s painful to have to eat such little works of art! Langham seem to change their afternoon tea themes quite regularly and this afternoon tea was inspired by British ceramics brand Wedgwood, The Wedgwood Tea Collection. Too pretty to eat, I say! 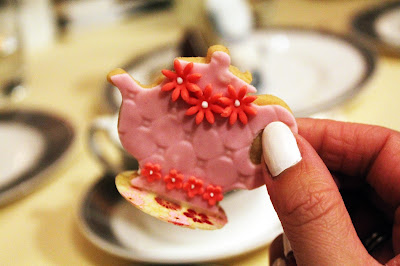 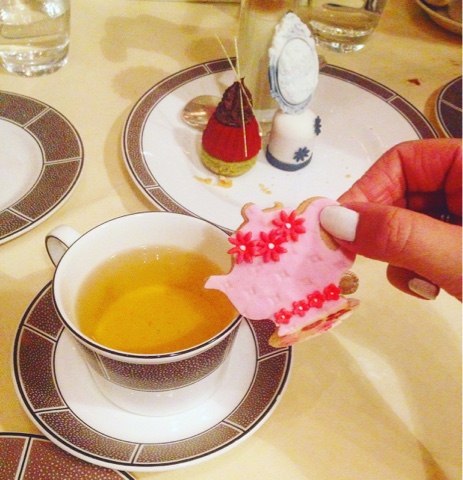 Isn’t this teapot biscuit adorable? As for my choice of tea, I am not really a tea drinker and never take any risks when it comes to Britain’s favourite drink. So I keep it simple and always stick to chamomile tea – delicious and, apparently, perfect for going to sleep. 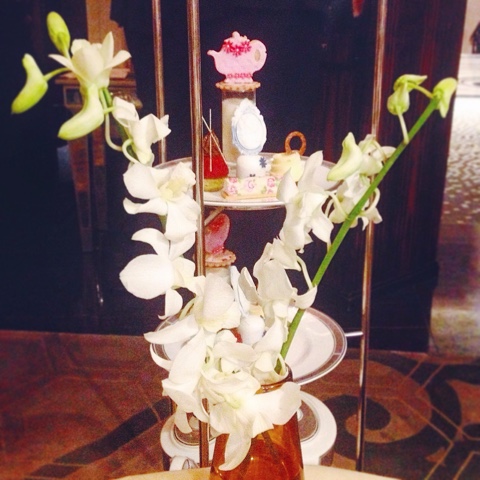 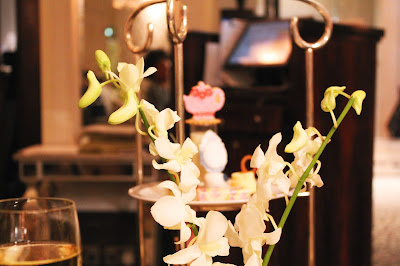 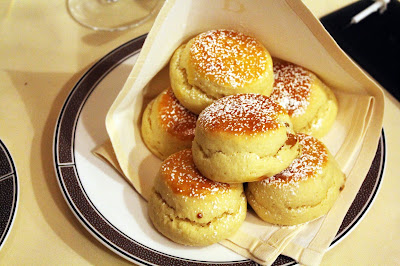 Afternoon tea made me obsessed with scones – there’s something so comforting about them. 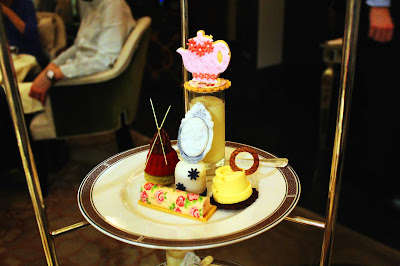 Thanks to Luxurious Magazine, I can explain what each of these beautiful pastries were. The teapot biscuit was a cinnamon shortbread piece that was placed on top of a yummy light chocolate and panna cotta shot. The litte cake that had a base that looked like a macaroon was actually a super sexy ‘Kouglof‘ or ‘Gugelhupf’ (I learned this word today), composed of chocolate (64% to be precise), raspberry and a lightly roasted pistachio financier. The beautiful cameo rested over a little Victoria sponge cake, and there was also a little white chocolate mousse and delicious rose-scented lychee log wrapped up in a Hathaway floral motif. 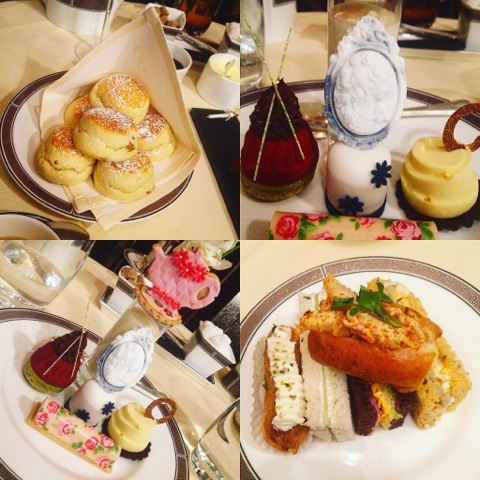 Yes, the sweet treats, designed by the executive pastry chef Cherish Finden and her team, were true works of art, but let’s not forget the super awesome finger sandwiches! They consisted of smoked salmon with whipped brie and rocket, chicken with tarragon mustard, cucumber with cream cheese and chives, egg with mustard cress and smoked ham with comté cheese – I could have eaten 20 of them. 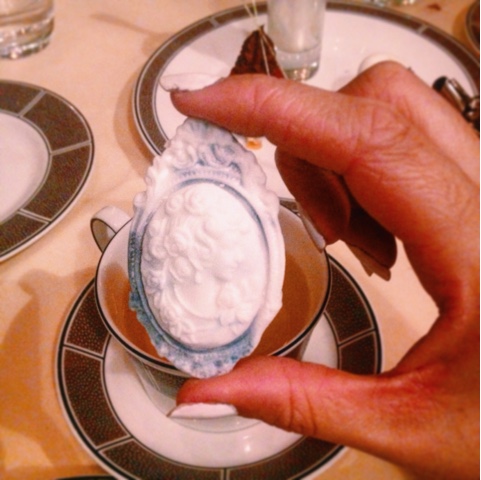 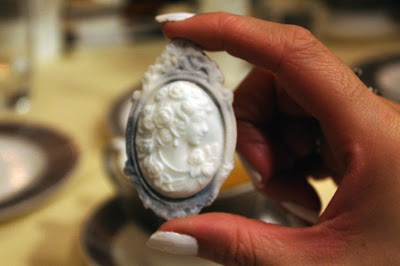 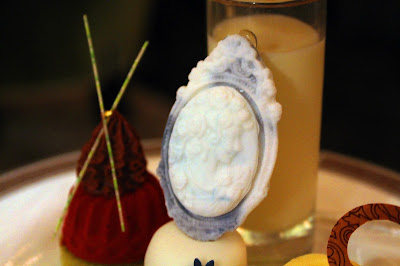 The cameo was my favourite thing about the whole ‘set’ – it makes me want to invest in some cameo jewellery! 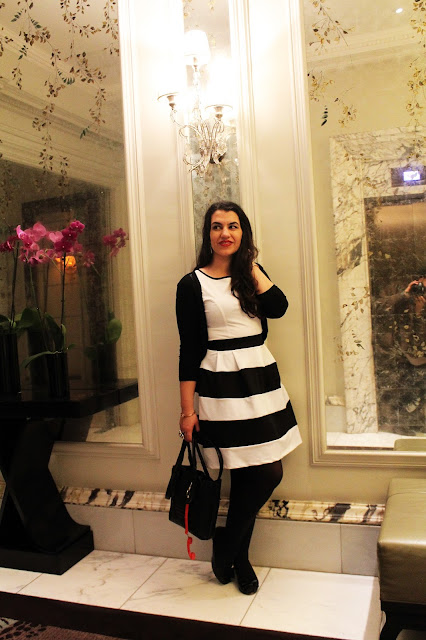 After our beautiful afternoon tea, we had a little snoop around the hotel and I thought we might as well take a few pictures in these pretty posh surroundings. 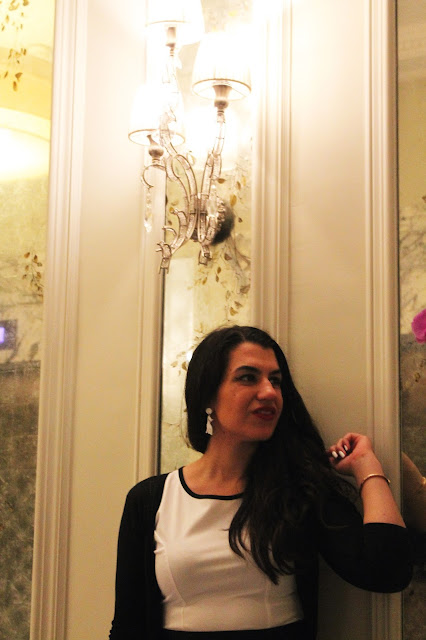 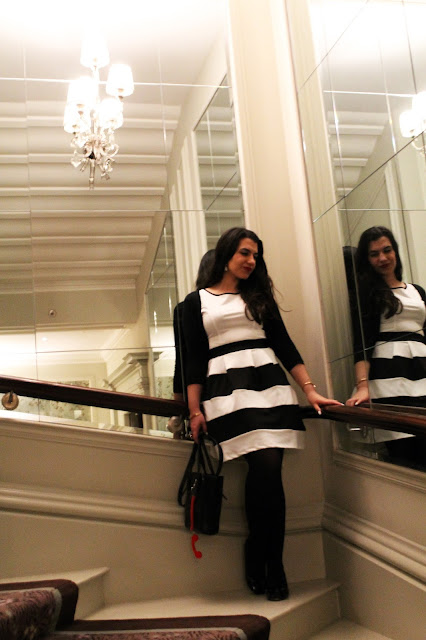 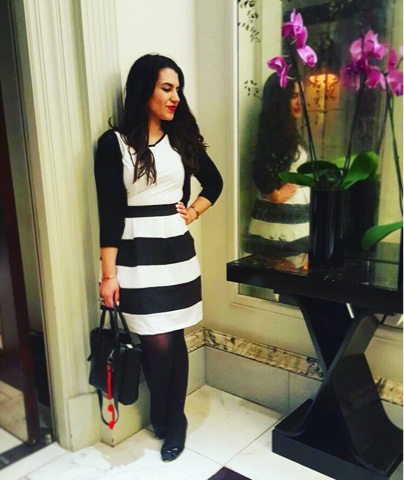 I think I got this dress just days before going for tea. There was a sample sale on at my workplace and I couldn’t resist so much temptation. It’s by 2015’s great discovery for me, Silvian Heach – my dress N°4 from this awesome Italian brand. I’m afraid I can’t add any link to it as I’m fairly sure it’s a sample from their SS’16 collection, which hopefully hasn’t been cancelled. 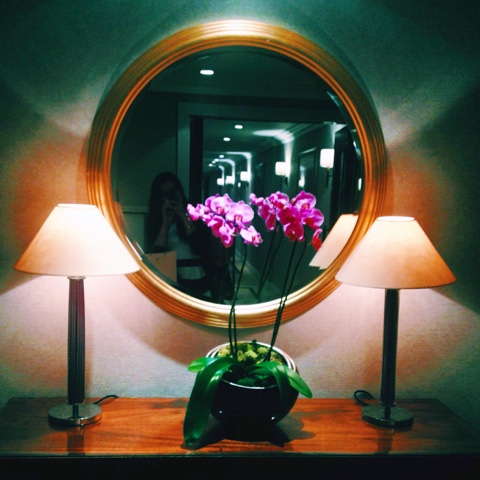 It’s strange how so many notes of intimacy can be found within such a grand hotel. 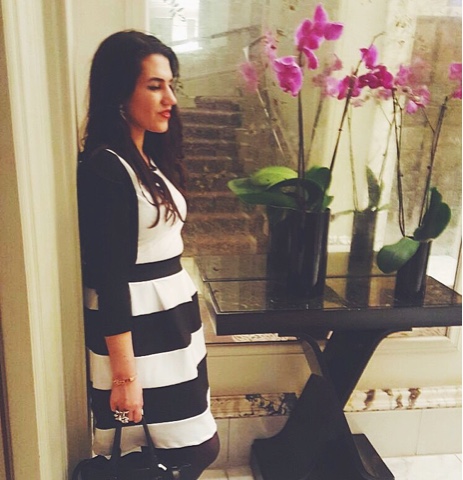 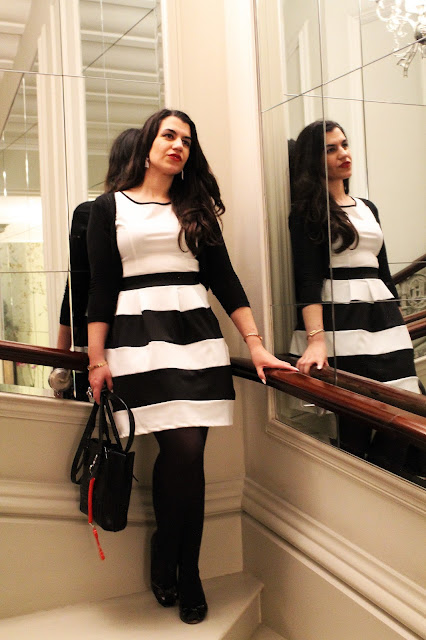 Having a dress with a petticoat is something new for me. I was worried that thick horizontal stripes + petticoat would equal way too much unflattering volume for a not that slim and short girl – but regardless of the effect, I feel like a princess in this dress. And I do love a full-on skirt. 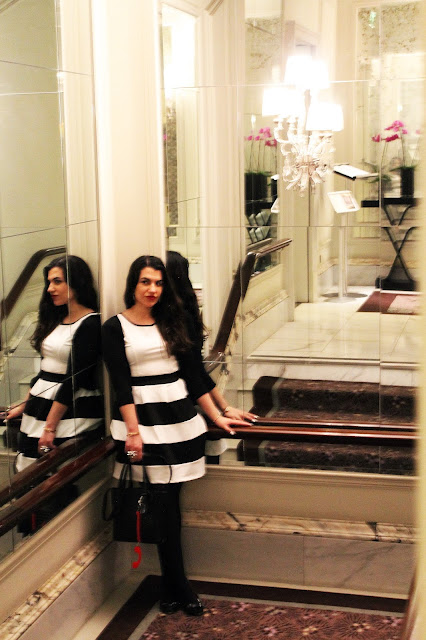 This dress has reinforced my love for monochrome – I’ll never get over the super chic feel of black and white! It’s also yet another striped addition to my wardrobe, which probably means I’m getting over my aversion to this sometimes tricky pattern. 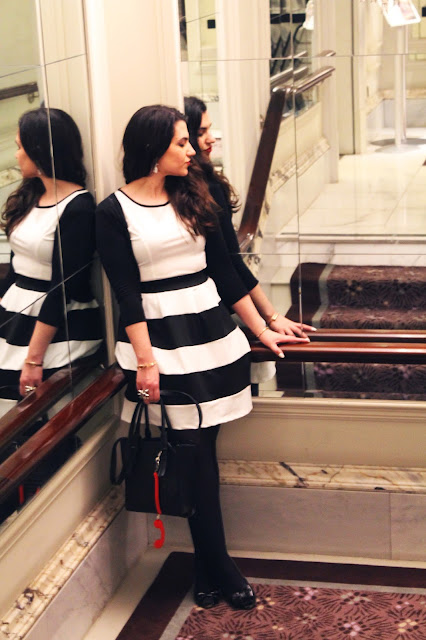 Excuse the repetition of images but I loved the mirror play at The Langham, the photographic effects can be quite dramatic. 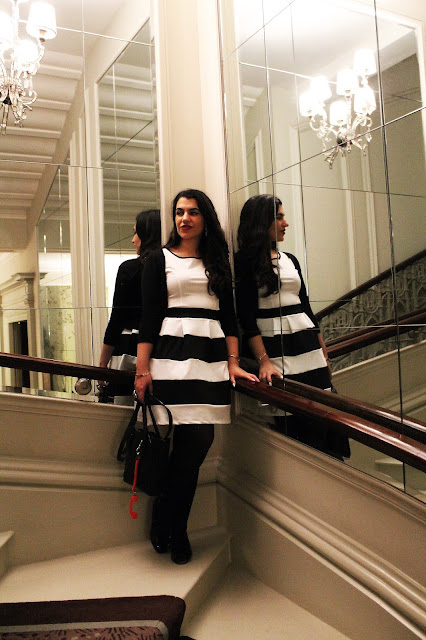 It was a very luxurious and delightful afternoon, as I got to do two of the things I love the most – wear something fancy and have delicious afternoon tea at somewhere new. Also, this is actually the only #ootd I managed to take pictures of with my big camera in November. But not to worry, as I’ll make a point of doing a few shoots in January and I’ve got my outfits from Malaga coming up soon!

Pictures taken by me and my friend on November 15th, 2015 at The Langham Hotel, off Regent Street, London.