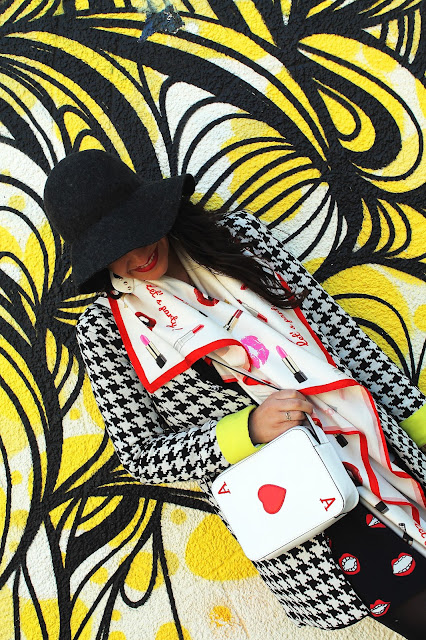 You could say I went a little prints crazy… 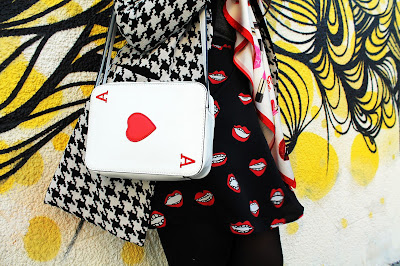 What to do when something you had your eye on on ASOS sells out? Ebay. It was obviously a love at first sight situation with this bag. My frugality got in the way, so I was devastated when it suddenly disappeared from my saved basket. I didn’t forget about it and had a little search on Ebay every now and again, until a few months ago I finally found it for half of its original price in Hong Kong. After a few weeks wait, it arrived safe and sound to London.

This outfit is probably one of my favourite ones from this year. As the arhitect Robert Venturi once said, less is a bore – sometimes I have no interest in simplicity. I love mismatching that is somehow matching, I love prints and colour. This outfit has a lot of what I love – lips, dogtooth, monochrome, splashes of red, and even a playing card. 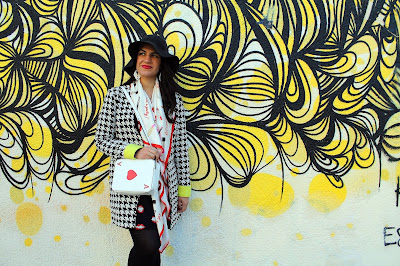 I even found the perfect background that weirdly complemented my outfit – one of my favourite walls in east London by Kef. 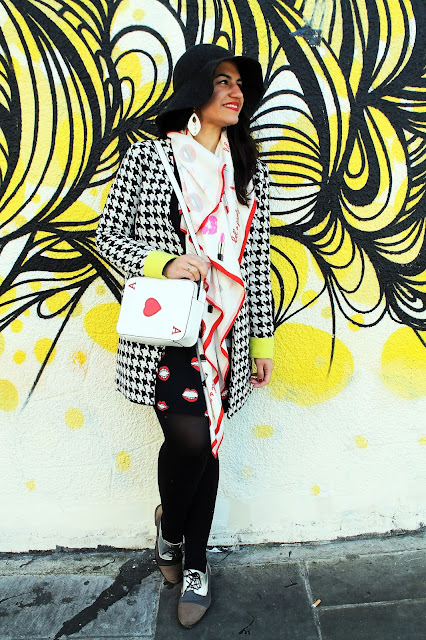 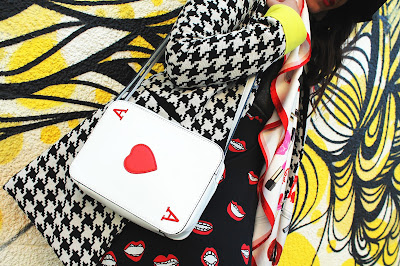 I love my bag but sadly the zip is messed up! It’s one of those annoying zips that are ok but then open up, and are then ok again… which means I’ll have to be extra careful when using it. Do I regret not buying it on ASOS instead, meaning that it could have been better quality? Not really, it’s probably the exact same model, as ASOS buy a lot of their pieces in Hong Kong. 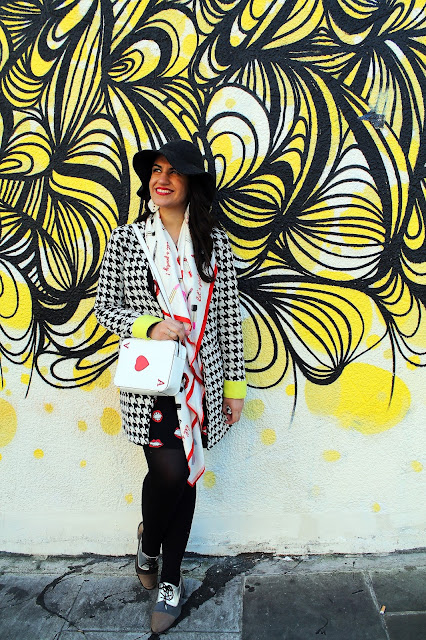 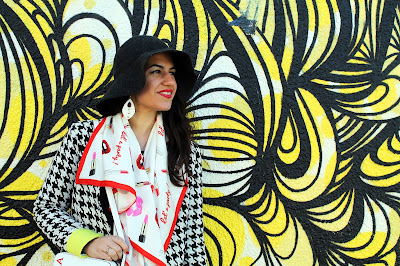 These pictures were taken over six weeks ago, and it really does feel like a long time ago for some reason! I think it was a really sunny day too, which adds to the feeling of nostalgia…

Photographed in Broadway Market on October 12th, 2015 – pictures by Ruth.