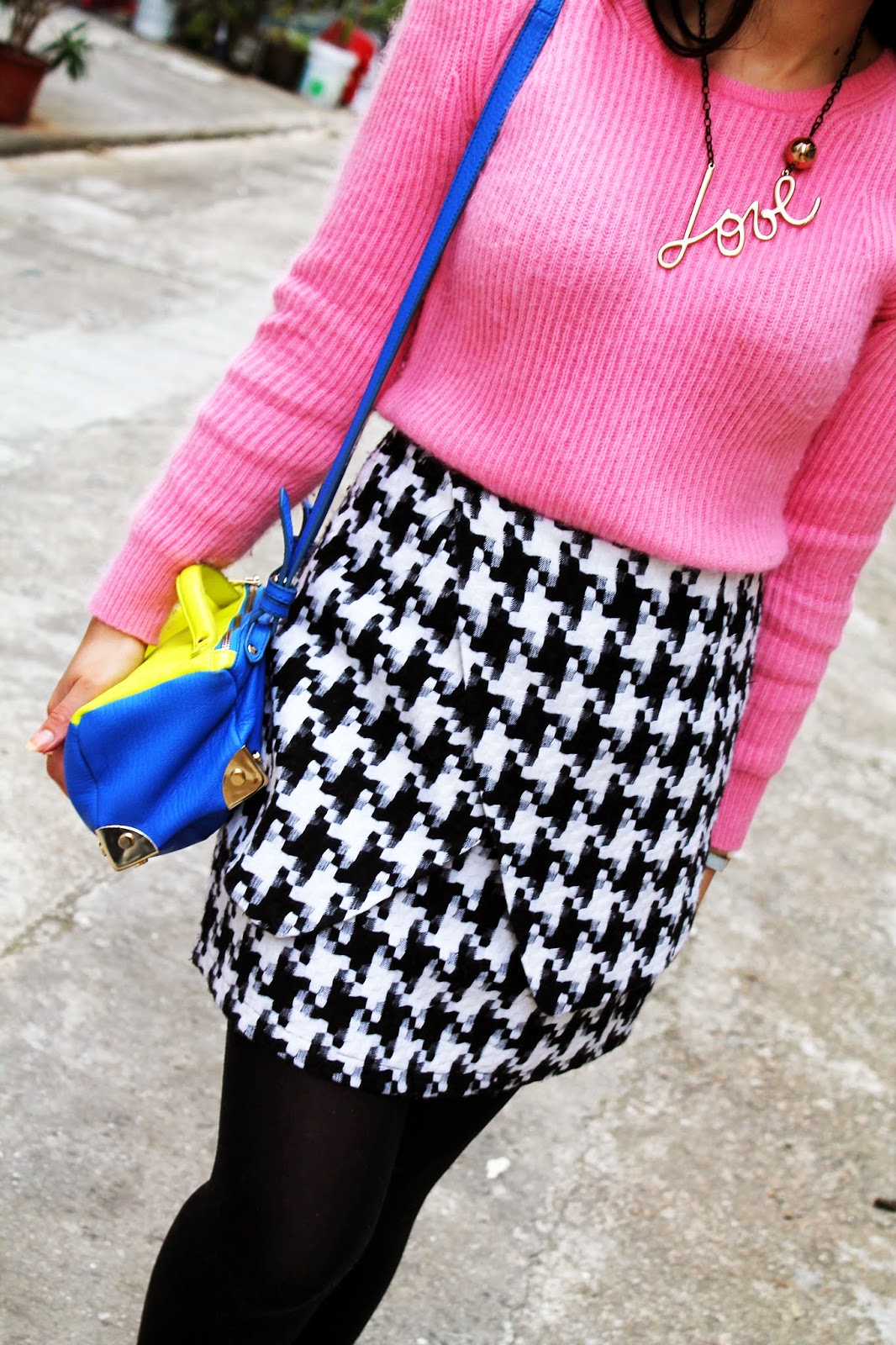 It’s an oldie this one – this is just one of the outfits I wore in Hong Kong that got photographed on my big camera. It’s not one of my all-time favourite looks but every item has its story… 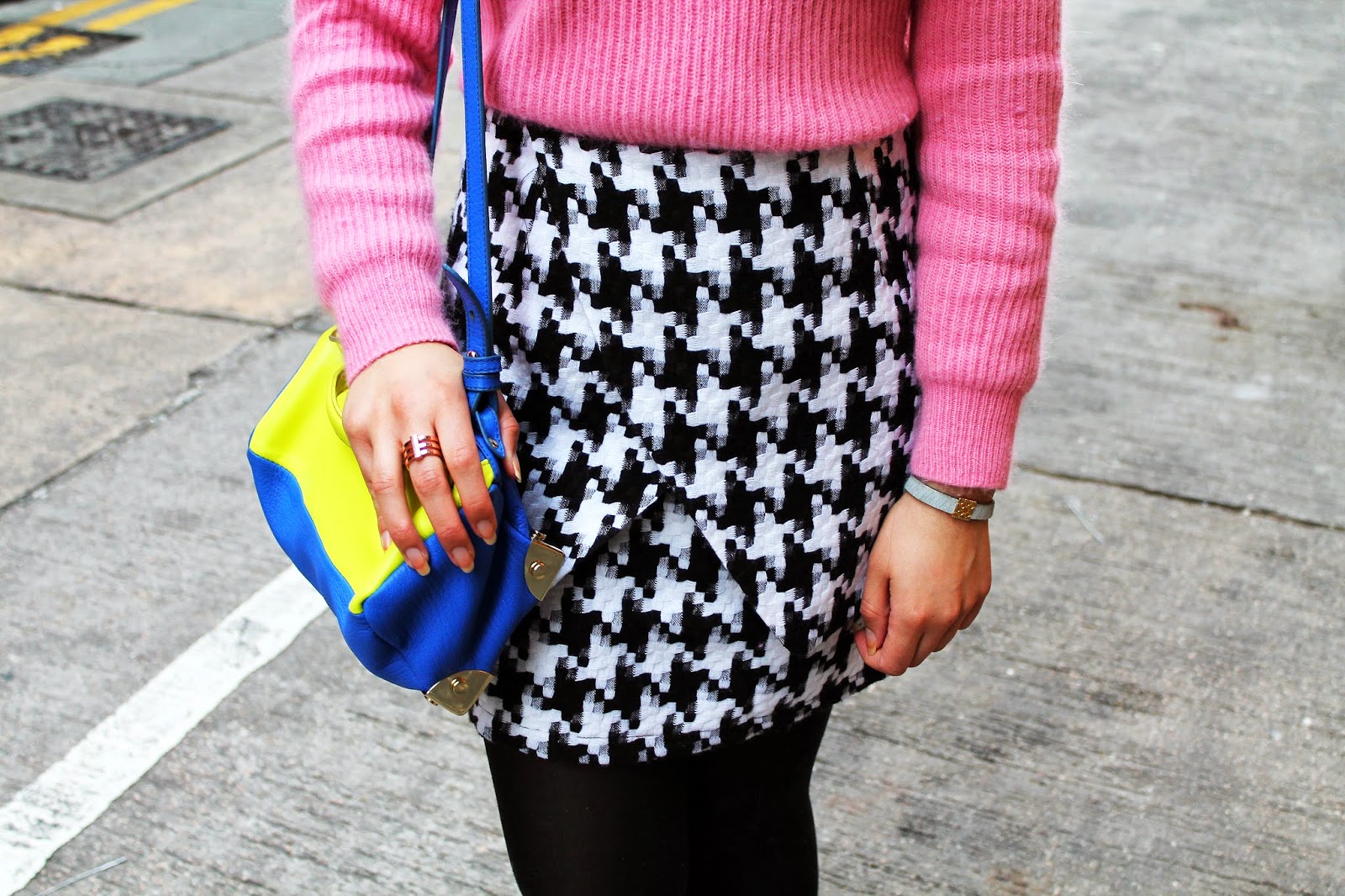 The skirt: one of my best finds in Hong Kong – I found it in a wholesale market that’s held once a month there for a little less than £8. It’s not super flattering but I love the design and houndstooth seems to be one of those things I’m never going to tire of. 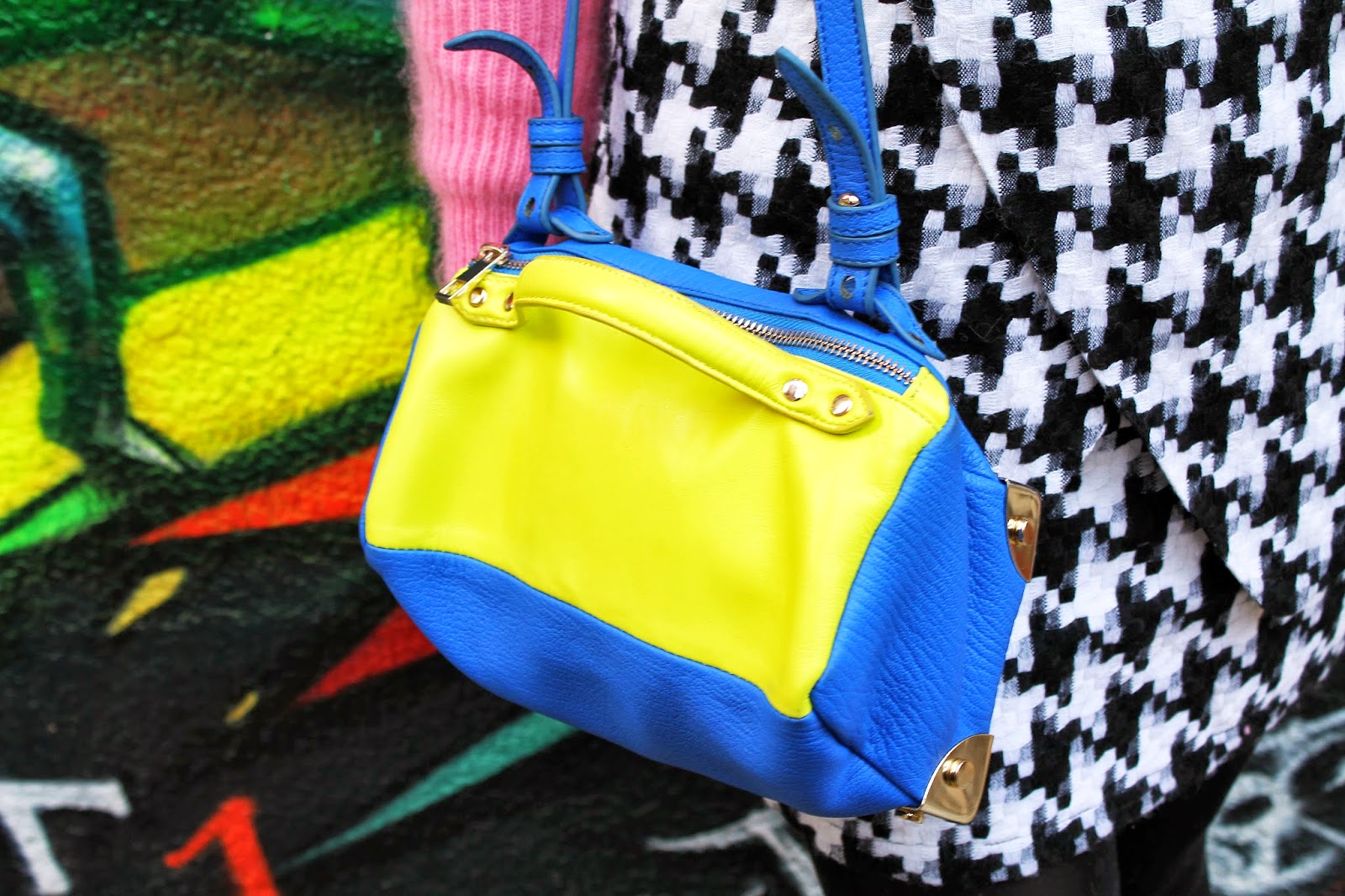 The bag: Such a leather cutie! I spotted it in my friend’s shop in Hong Kong and was drawn to it straight away. I love the details and the colour – apparently it’s got a bit of Givenchy and Alexander Wang thrown in there, which I wasn’t aware of. Goes to show that I’m a little fashion ignorant at the moment – yikes! 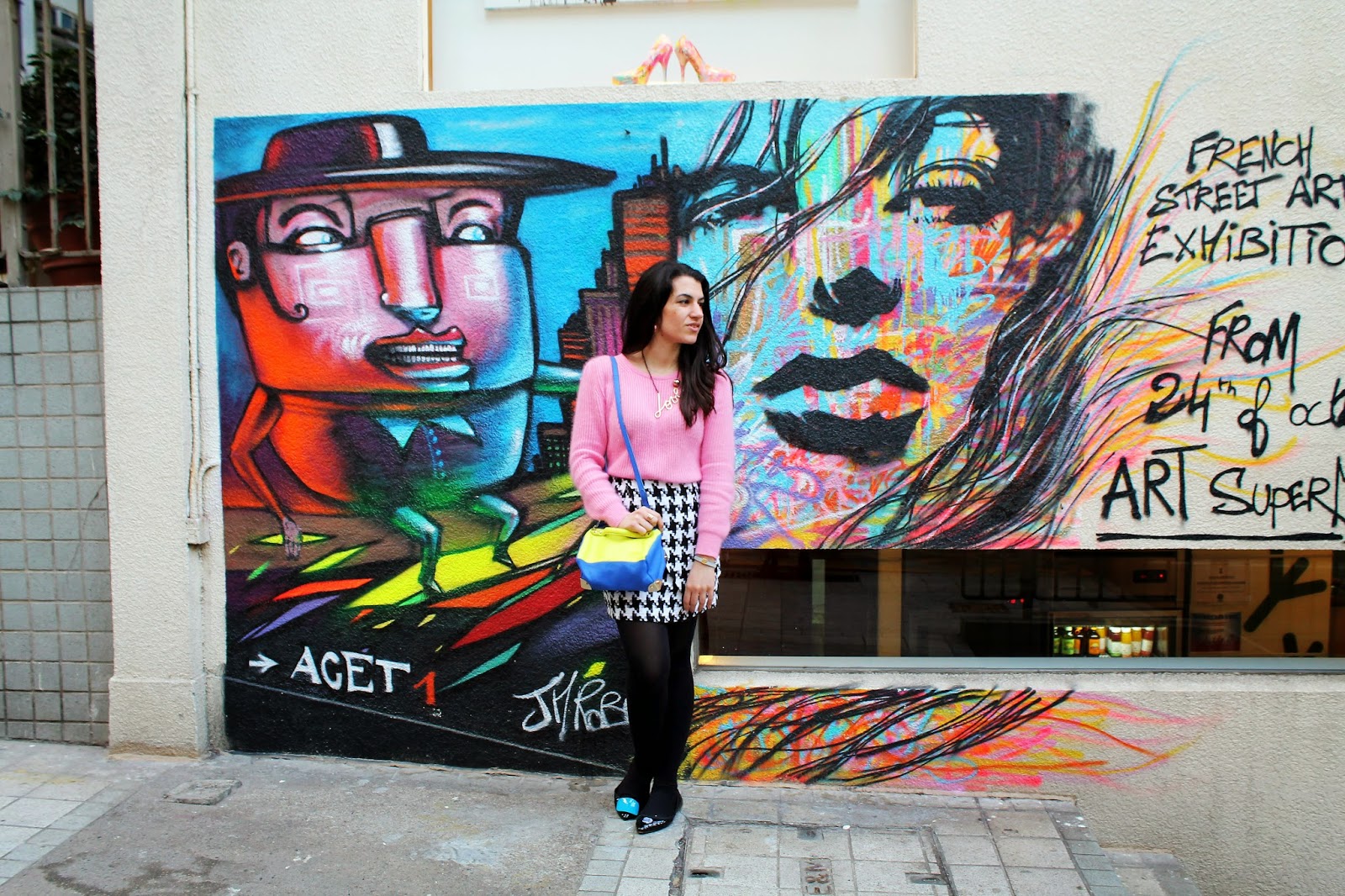 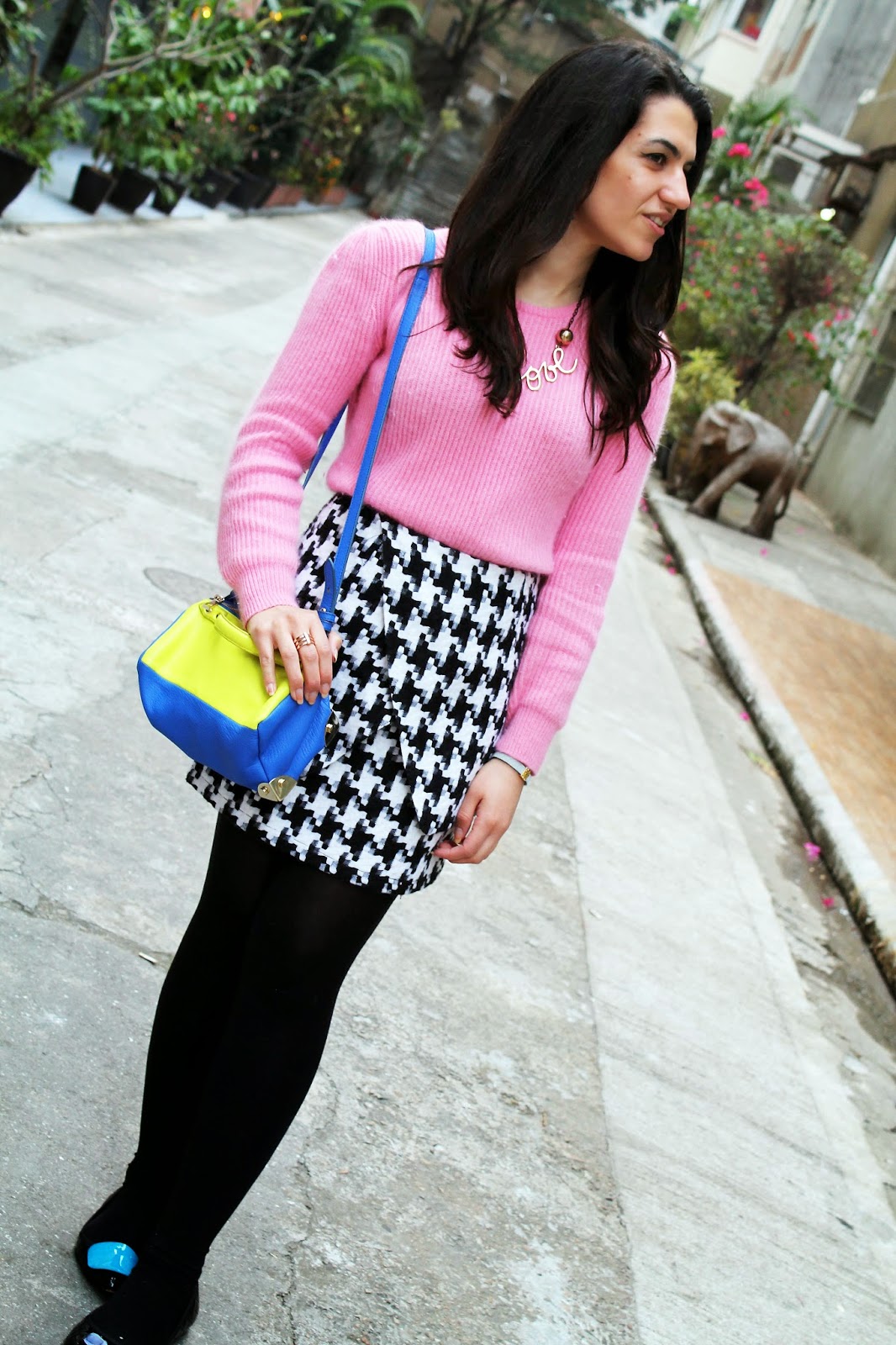 The necklace and jumper: Oh hello, Lanvin! My friend got me this necklace as a gift – I’m obsessed with it but unfortunately the chain broke a few weeks ago (super sad face). As for the jumper, it’s been appearing quite regularly on my Instagram and Monday to Friday posts (like here, here and here) because I love the damn thing so much. It shreds like a mofo but it’s still one of my absolute favourite pieces. 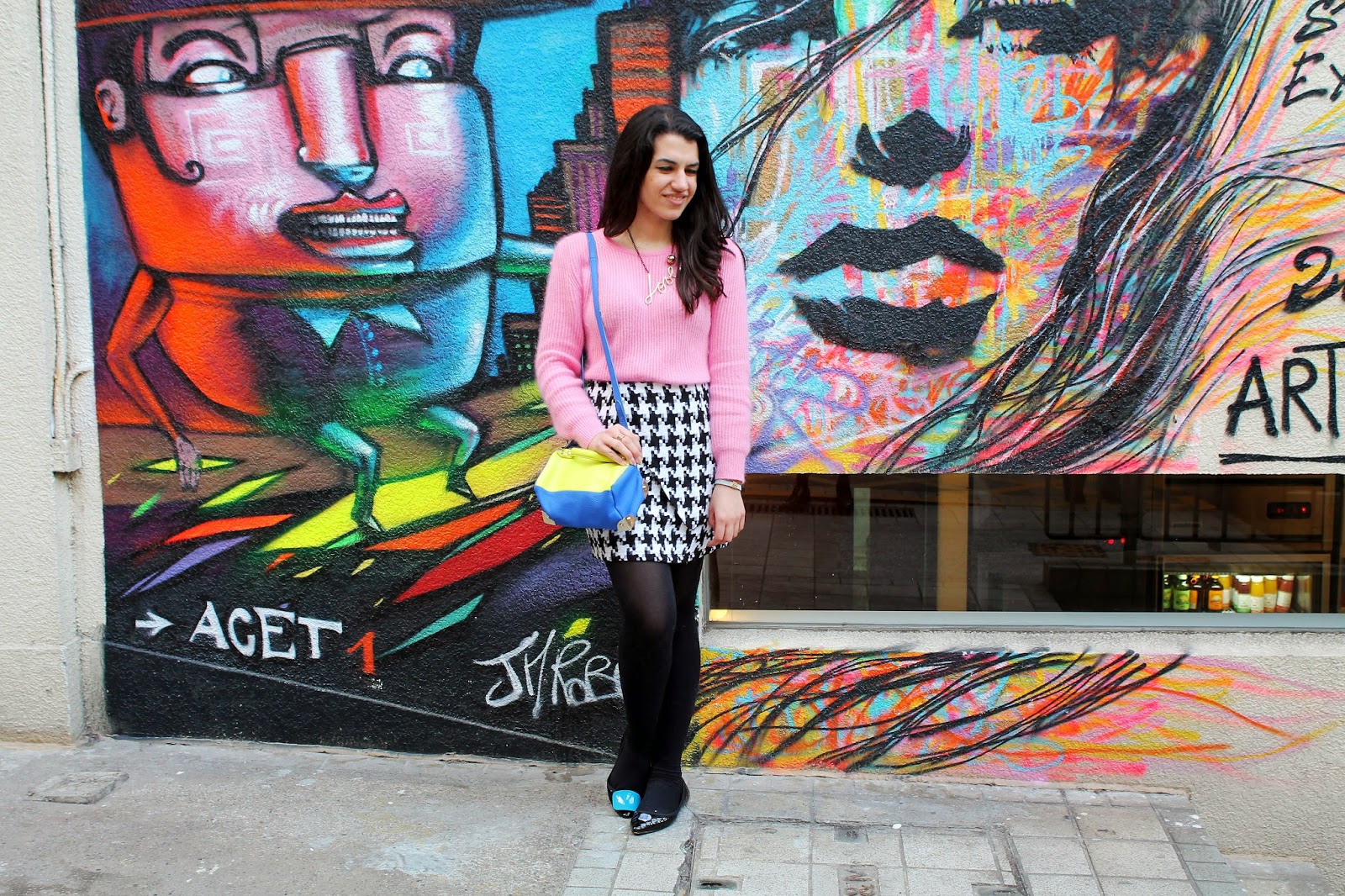 The shoes: There’s probably no need to look closely – that blue detail that made these shoes so cool fell off from the left foot minutes before these pictures were taken. Refunds are pretty much out of the question in Hong Kong so I tried fixing them with super glue but both fell off a few days later. Hence why I decided to go all DIY and came up with this idea! 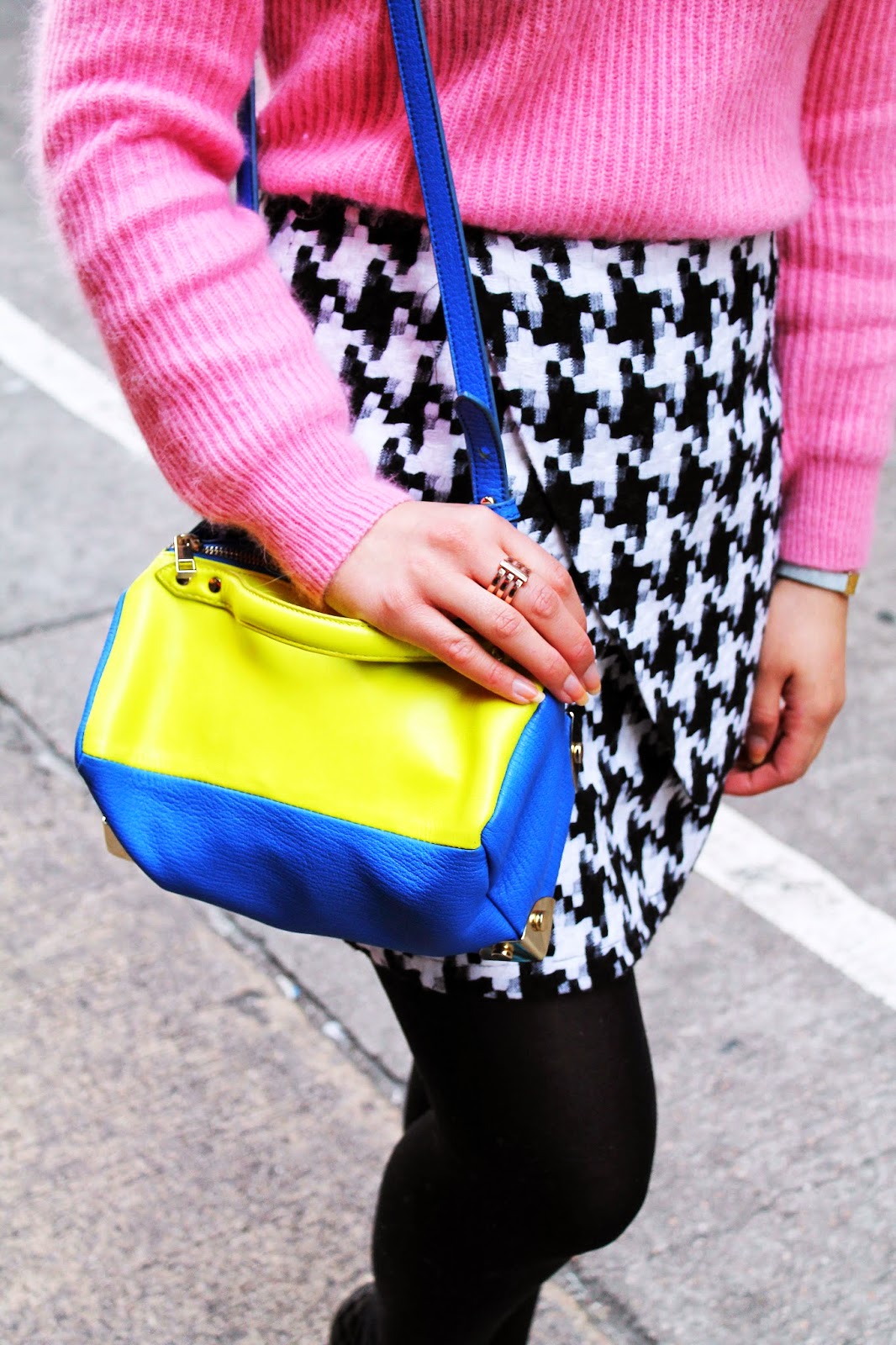 It’s not a combo I would wear again. The jumper is a size 12 which probably makes me look a little bigger, and the skirt pretty much has the same effect too! But let’s face it, pink and monochrome is usually always a winner. 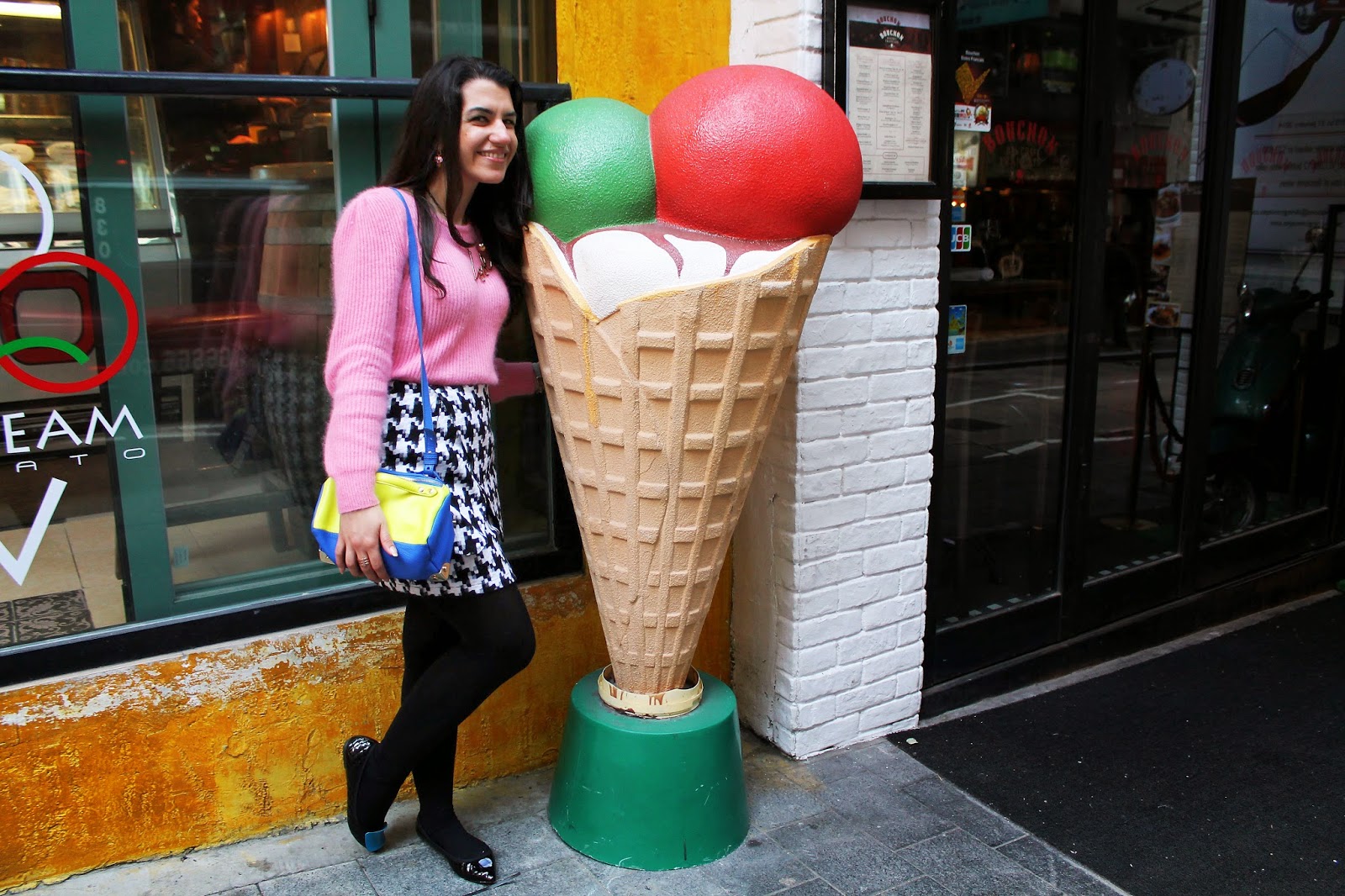 I just had to post this picture! I love being photographed next to giant ice creams, and have managed to do so in many countries I’ve visited. Yep, it’s a thing – and now that it’s finally Spring isn’t everyone in the mood for some sorbet shades and ice cream?

The smug face of a girl who found matching roses t

Absolutely in awe of the Chapel of St Peter and St

A world of possibilities 🌎🌍🌏 Accidentally

Cheers to the most glorious weekend 💕🌞🍹 .