It’s a bit of a strange word, isn’t it. The first time I heard it in a non foodie nor marine context was probably all the way back in 2009, when Hannah MacGibbon was at the top of her game and brought out an amazing Spring/Summer collection for Chloé. Ever since, I have been obsessed with scalloped hemlines – I’ve forgotten the word a few times (“Wait, it’s that sea animal you can eat, right?”), but never those pretty circled edges. I’ve had to wait to fully enjoy this trend (spending £1000 on a Chloé jacket was unfortunately not an option), so that’s probably why I now don’t hesitate to indulge in not one, but two scalloped pieces. 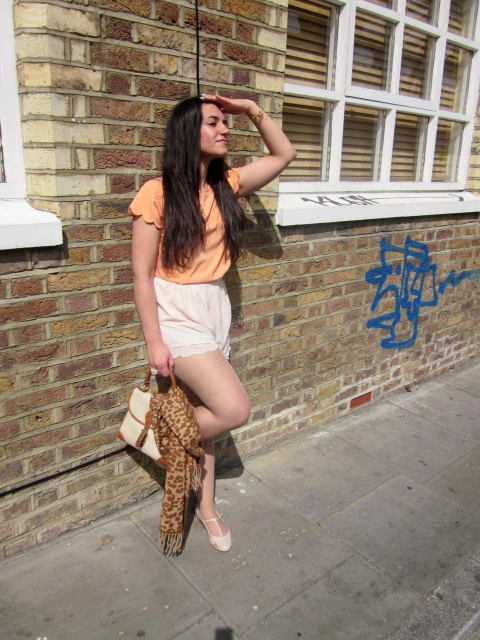 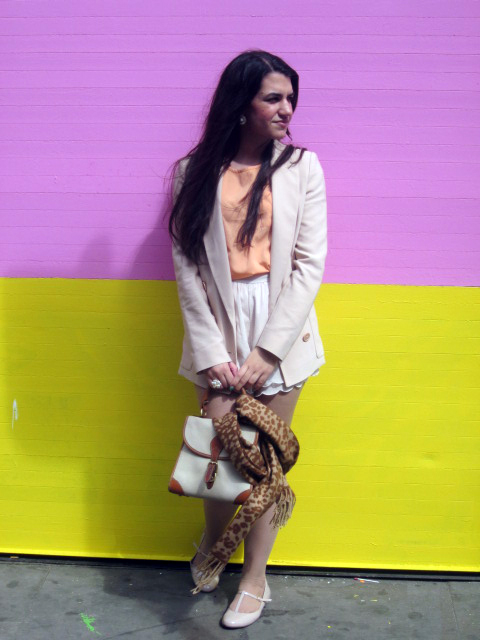 I don’t understand why scalloped edges never really caught on straight away – what’s not to love about them? I remember seeing a few Chloé-esque jackets and shorts on a few Asian online shops, but I can’t recall spotting anything on the British high-street two summers ago. Or was my trend radar asleep back then? It’s only the last couple of months that I’ve (finally) been seeing quite a few nice pieces. 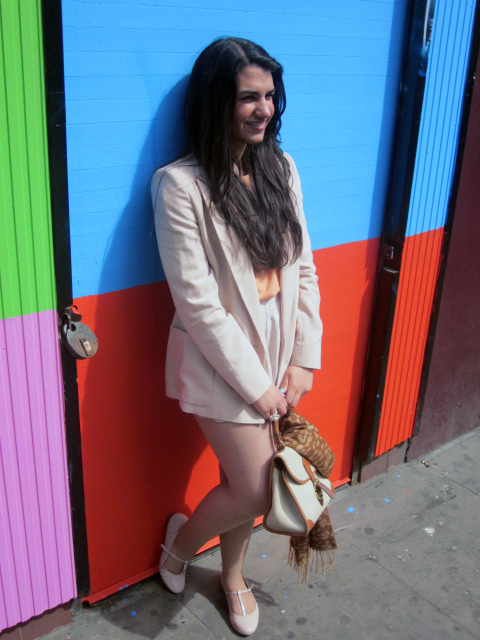 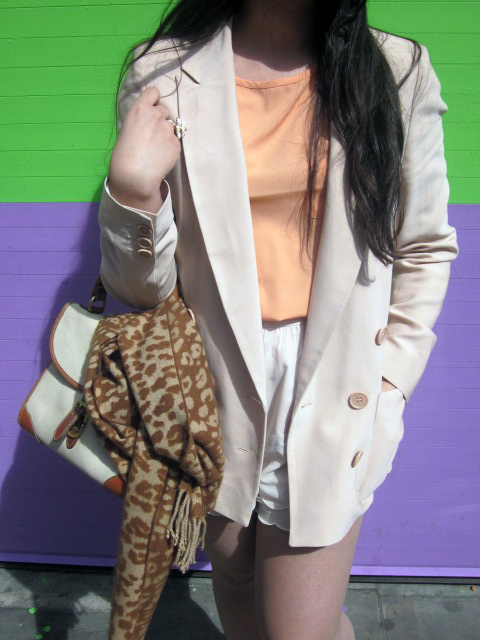 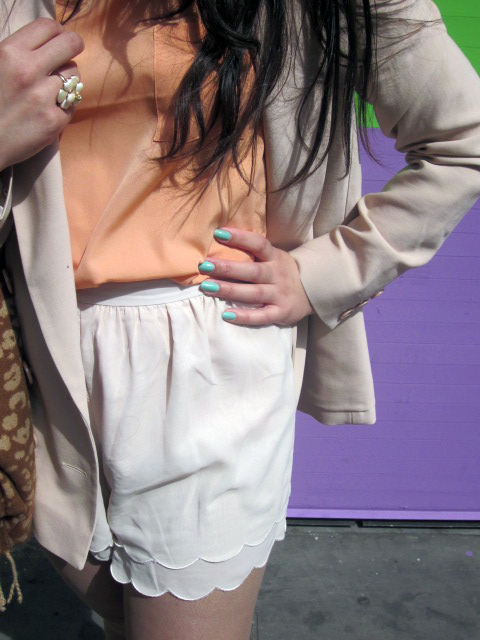 At first I thought it would be a bit overkill to match the top and shorts, but it’s not actually that bad, right? The top is from Dorothy Perkins and I fell in love with it instantly – as well as the perfectly scalloped sleeves, the soft fabric and pocket were brownie points. It also comes in white and mint, and, as much as I’m loving my mint at the moment, I was initially going to go for the white version. Luckily, I couldn’t find my size in white, and I’m thrilled to bits that I ended up with this peachy tone. I do have one criticism, though: I really dislike the hemline and I’m thinking about getting rid of those little waves and making it straight.

I don’t really know what’s going on with this image, I got it from H&M’s Conscious Collection website so that’s just about as official as it can get – but my shorts aren’t that pinkish, and there are only two scalloped layers. Anyway… my friend said the shorts look like lingerie and she definitely has a point, but I still love how they look. I’d been after a pair of shorts with scalloped hemlines forever (more than a top or jacket, really), so these were pretty much a dream come true. The only thing is they’re so summery I doubt I’ll be using them during winter, I can’t imagine them matched with thick black tights!

So my search for scallops has finally come to an end. Has anyone else spotted any other nice scalloped pieces on the high-street lately?