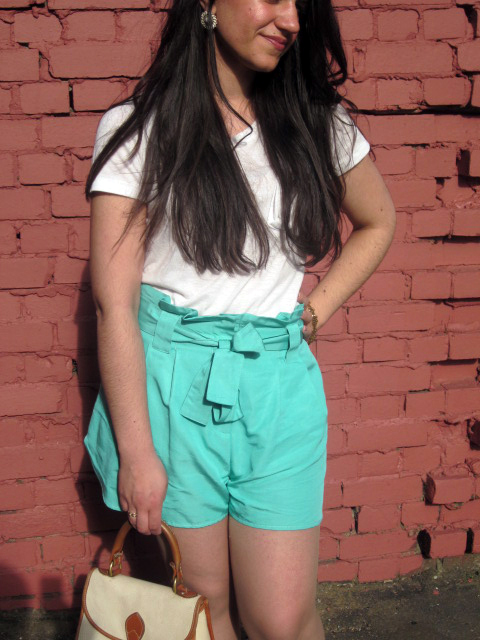 Well that was a bit dramatic, whatever happened to Blogger the other day. As well as making me even more of a technophobe, it made me realise that if for whatever reason I could no longer blog, I would really miss it. Plus, I was eager to show off these shorts to the world (Sad, I know). Naturally, it’s the mint shade that I’m crazy about – or is it actually turquoise? I’d like to think that they’re mint for some bizarre reason – not that it really matters in the grand scheme of things.

I spotted them on the Outnet about two months ago, when the website was doing a huge sale that I think lasted a weekend. The brand is Adam – it’s not a name that I’m too familiar with, but whatever I’ve seen by this American designer I do quite like (a lot of the pieces have, excuse the cliché, a sport-chic feel to them). They were just under £25, which I felt was a good price, since that’s what many shorts on the high street cost and the quality is really nice (But don’t get me wrong, Primark makes me just as happy and I’m very cynical about the difference between so-called designer pieces and high street things). Jane Norman are actually doing a similar – and very nice – pair for £32, and as tempted as I am, I simply can’t justify getting something that’s so similar (Although if anyone can think of a good reason to do so, I’m more than happy to hear it). 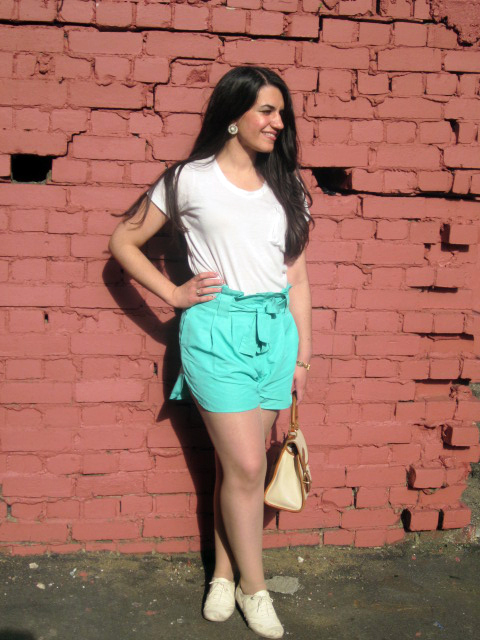 I’ve actually never had a pair of shorts with a paper bag waist (Why are they called like that?), and that’s probably because I’m not too keen on the tucked in look. I love it when other people do it, but I’ve always felt that on me, because I’m short and the upper part of my body isn’t that “long”, it just wasn’t right. Fortunately, I’ve proved myself wrong – I felt good in these shorts, and doing it the Jil Sander way (white t-shirt + bright bottom piece) really does seem to do the trick. 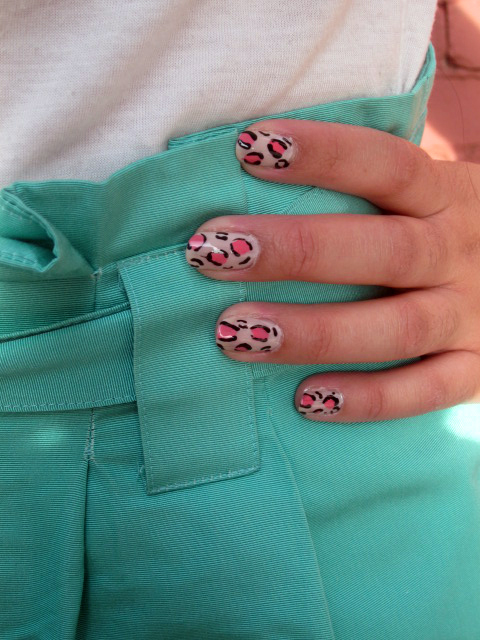 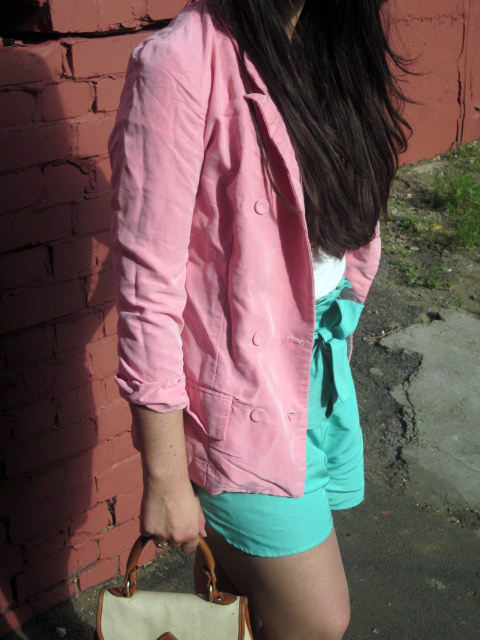 Yep, I just had to throw in some pink with this pretty blazer from the online shop Zipia. I love this blazer to bits and I hate the fact that I can only wear it for a few months during the year… I think I’m going to classify this picture as a sneaky preview of it, since it deserves its own post. But back to the mint shorts, here’s a still life shot from the Outnet – colour wise, the outfit shots are a lot more accurate. I was actually really pleased when I opened up the package and saw how bright they were, that was how I had imagined them for some reason.

I’m not sure if I’ll ever be able to make a bow quite as nice as the one in the still-life shot, but I’ll keep trying. I think I’ve said all that I had to say about these shorts, good thing Blogger finally cooperated.

Another glorious bungalow sculpture by @richardwoo

THE SONG OF THE MERMAID 🧜🏼‍♀️ Did you

Not a picture from Folkestone, but doesn’t @neve

Manifested a ‘proper’ strawberry daiquiri (if

A cute #ootd and an even cuter house {by @richardw