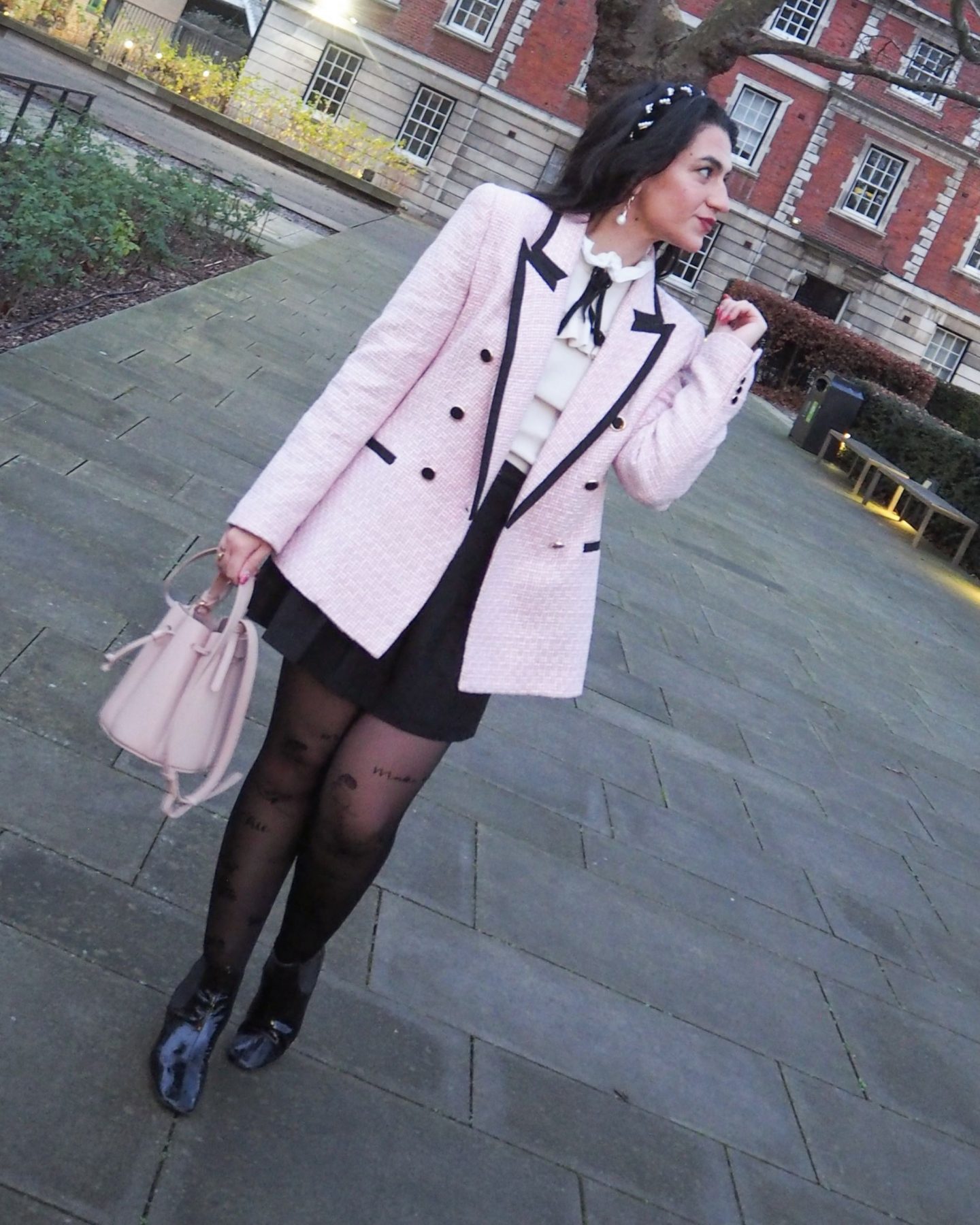 Given that my last few posts have been absolute mammoths, I’m going to try and keep this one as short as possible. No guarantees however – because I’ve got some thoughts to share. Good thoughts, bad thoughts and some hopeful-ish thoughts. But I’ll start by saying this: 2007 me would be so proud. 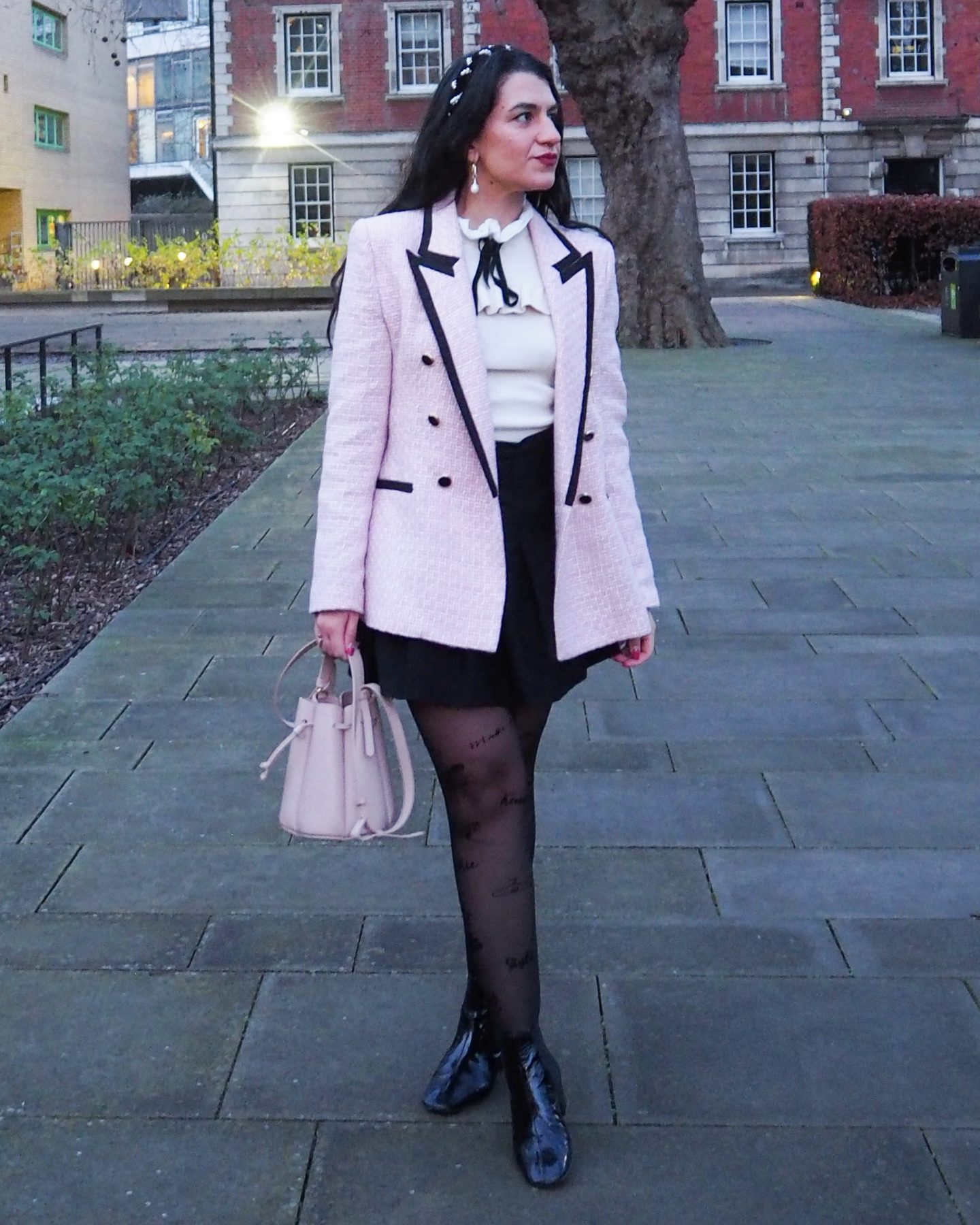 I don’t remember much about that pre-credit crunch year, other than a life-changing event – 2007 marked the start of the TV series Gossip Girl. It also marked the start of what would be a fashion obsession, and what I suspect will be a lifelong style reference.

Few TV shows have impacted, influenced and shaped my style the way Gossip Girl has. I know everyone from my generation loves Sex and The City, but in all honesty that show never did it for me. I initially loved everything about Gossip Girl – its over the top tone, the beautiful people, the fashion. I rarely come across any shows these days that get me hooked from the start while also giving me a serious fashion fix – Gossip Girl somehow managed both. Sadly, this didn’t last – as the seasons went on, the storylines got dumber and dumber. The fashion, however? I’m pretty sure I loved it until the bitter end (which I actually talked about here – probably the first time I properly spoke about a TV show on this blog). 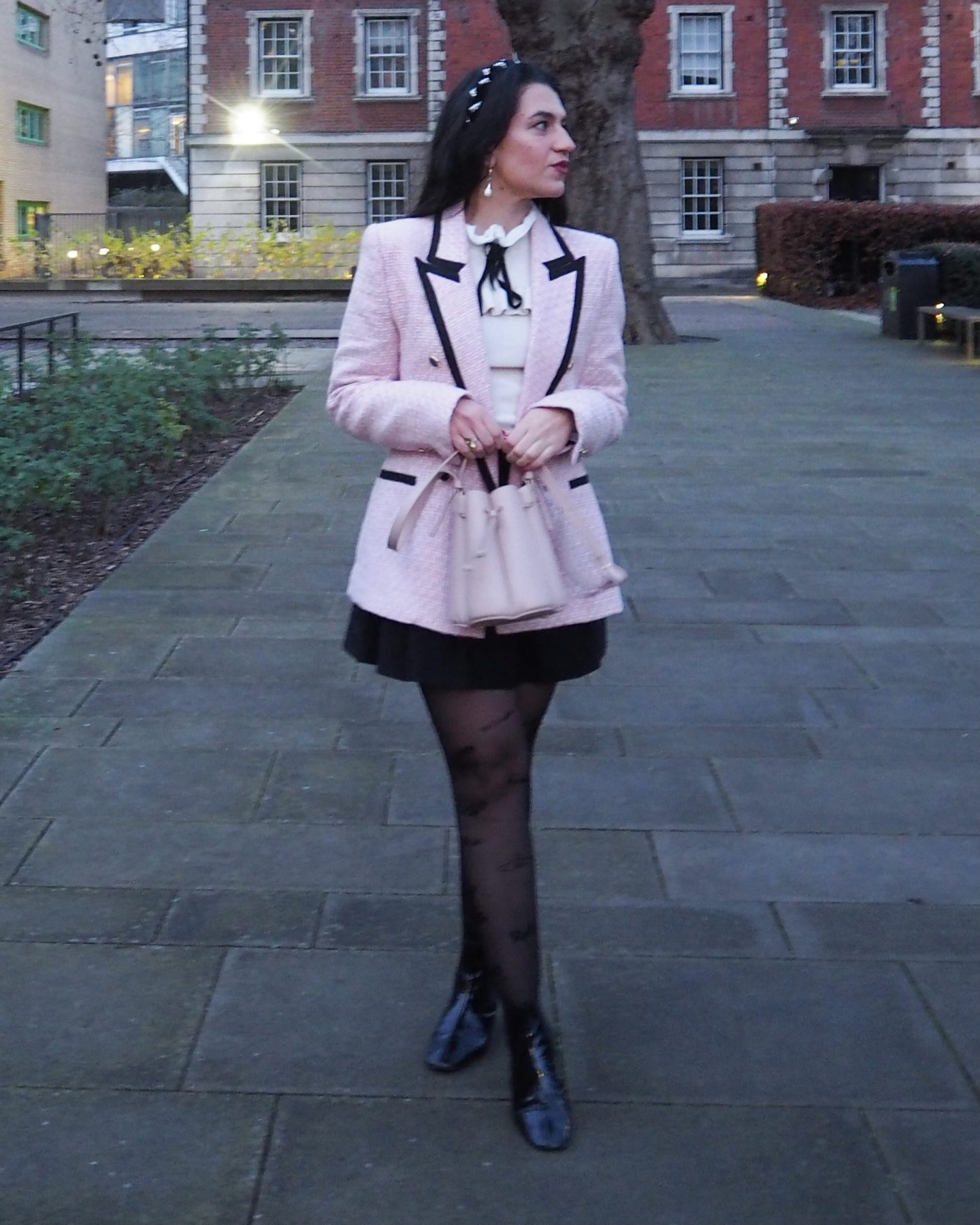 Hence why I think 2007 me would be delighted with this get-up. I spotted this blazer on my Zara app at the very start of autumn, and didn’t feel like I could justify it. But the truth is I never got it out of my head, and asked my mother if she would like to make it my Christmas present.

Also, I’m lucky that my mother lives in Spain (she managed to find the blazer before visiting me a few weeks ago) – it was SO much cheaper over there. I know Zara always amps up the prices for the UK, but damn, they’ve really gone overboard lately… dare I blame it on Brexit? 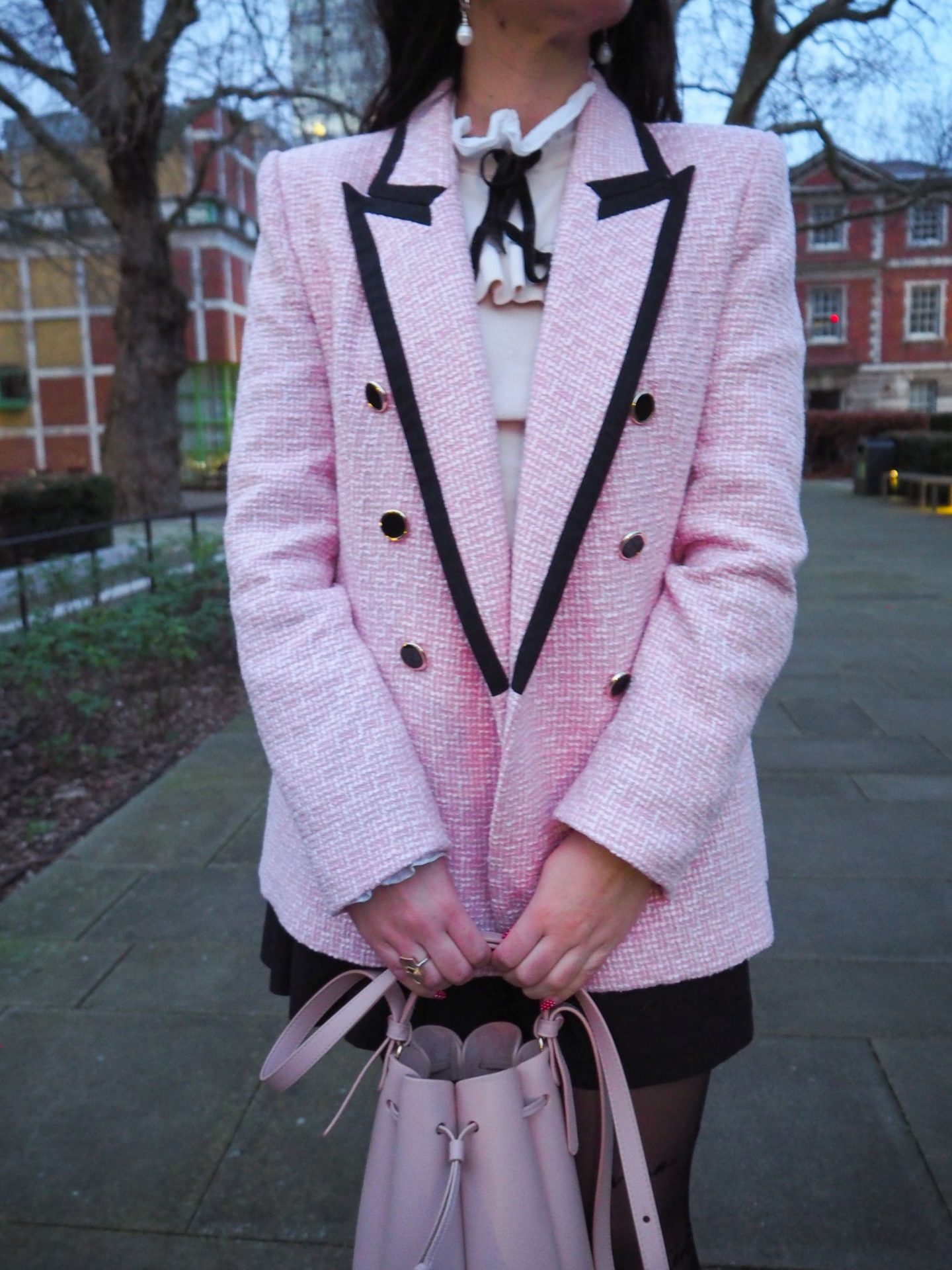 Obviously, I don’t really know what the Zara design team was thinking when creating this jacket. My guess is that it’s meant to be more Chanel than anything, but I definitely think there’s a Dark Academia aesthetic about it. OK, maybe the sugar pink hue isn’t quite ‘dark’ – but it’s definitely got a preppy vibe that I think I brought out with this whole outfit. I’d like to think Blair Waldorf would almost approve. And better yet, 2007 me would be ecstatic that her 30-plus self still rocks a headband in honour of the queen of headbands (Blair, in case that wasn’t clear).

Don’t you think this outfit is perfect for a Gossip Girl reboot? Oh wait – that happened and it was terrible. Don’t get me wrong – I LOVED the diversity of the cast, and get that they probably wanted to go in a more subdued, less academia/preppy/headbandy direction with the fashion. But not only did the styling genuinely bore me – I found the storyline so, so try hard. The first Gossip Girl had a dubious – or lacked altogether – a moral compass, whereas this one is trying so hard to point out that being bad is bad that it’s really just tiresome and boring AF. Having said that, will I eat my own words and watch the second season? Probably – but I’m definitely team 2007 GG. 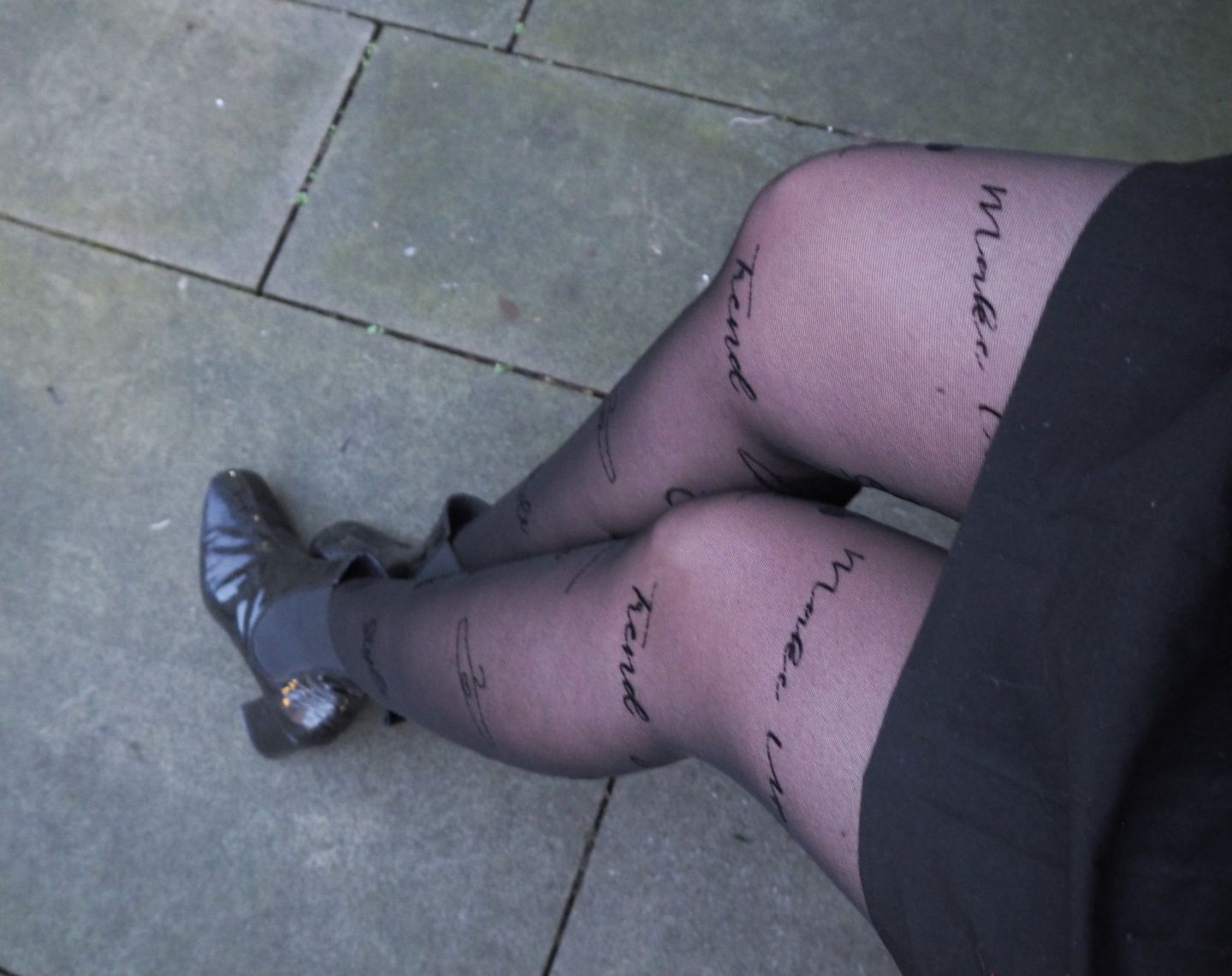 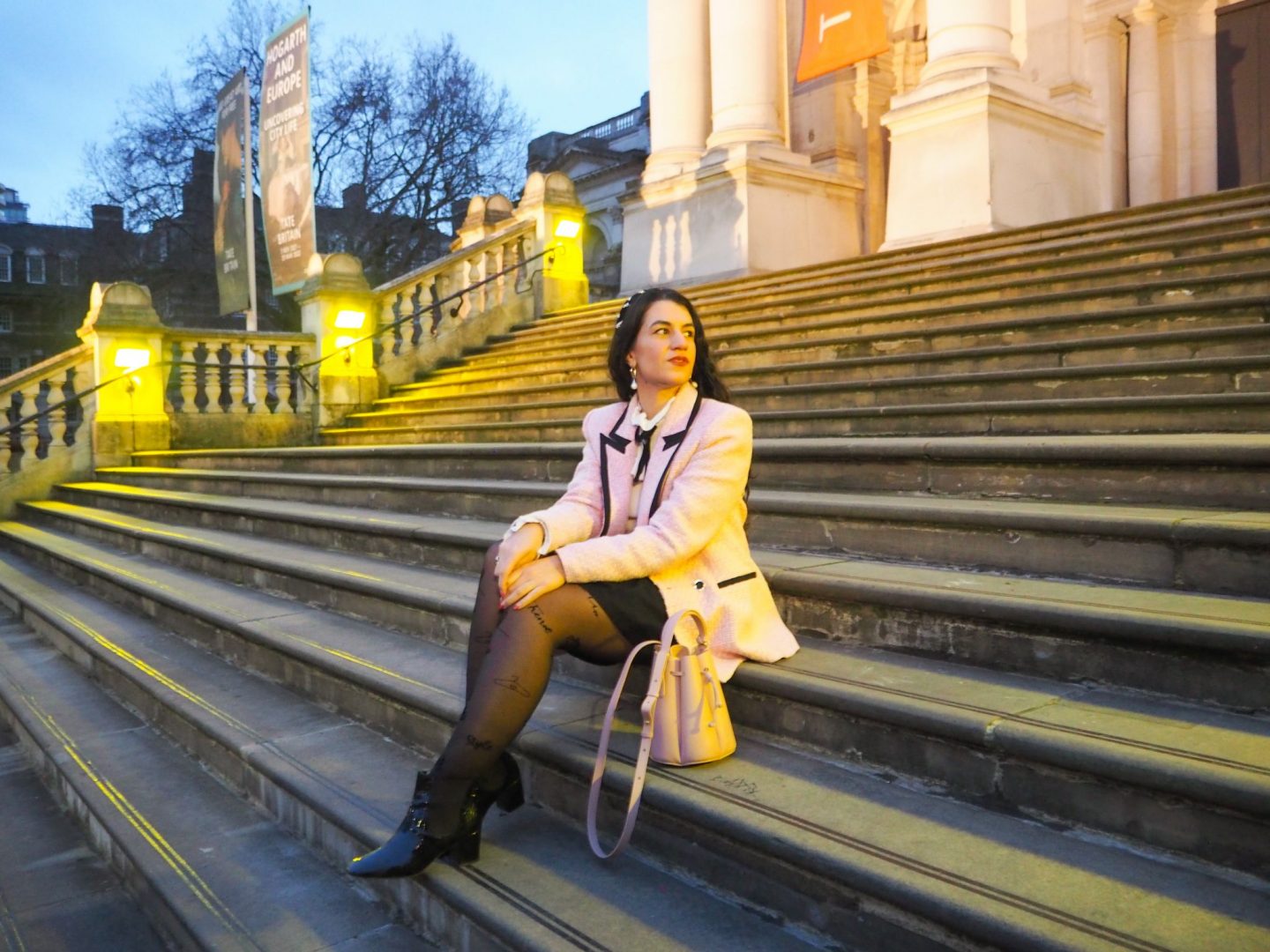 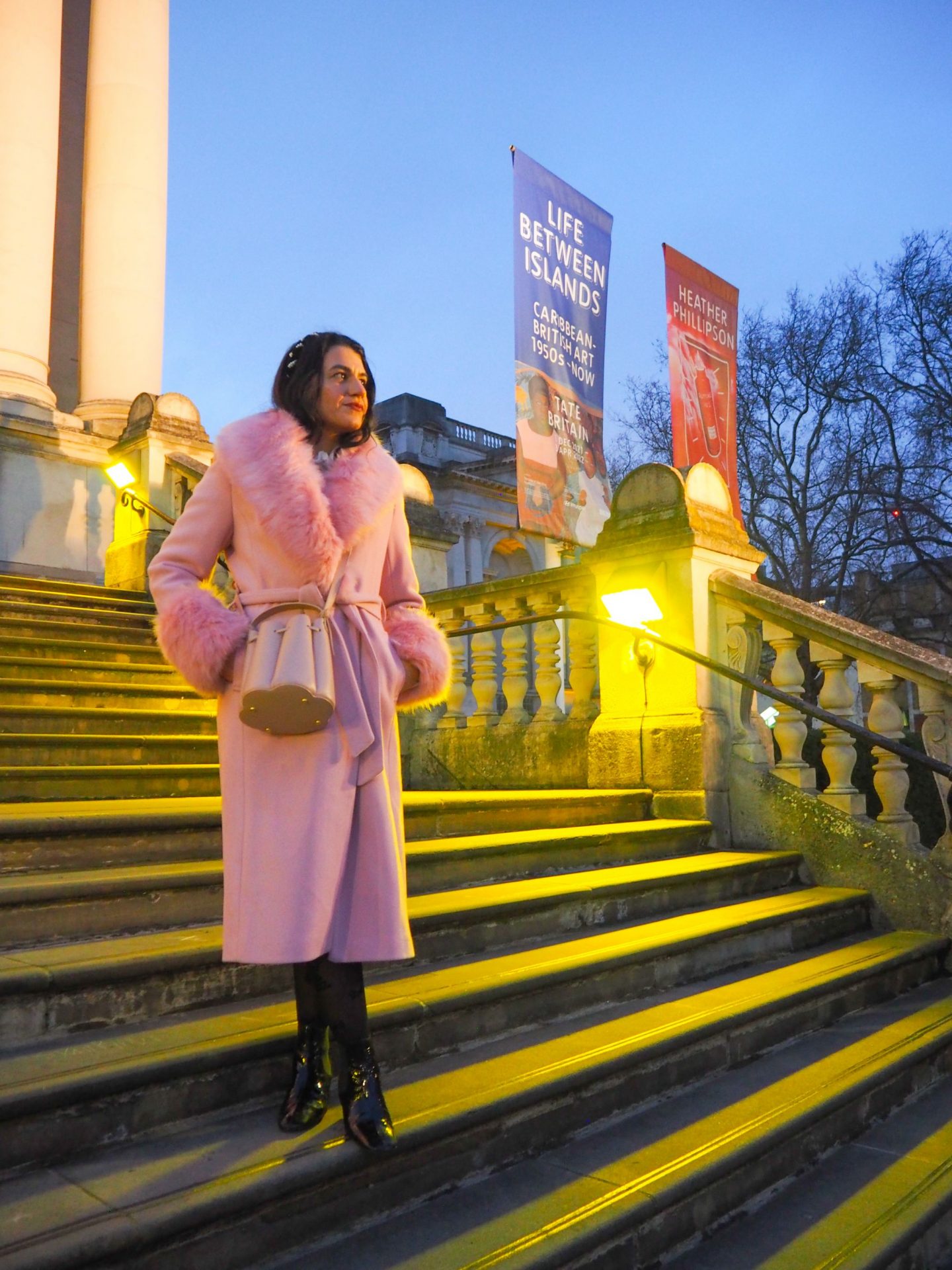 And now, I suppose it’s time to move onto the serious stuff. There is literally no connection between this outfit and what’s coming next – but as this was the first outfit I wore in 2022, it gets to be the cushion for me to reflect back on the past sh*t show of a year. And there’s nothing wrong with an outfit post turning into a good old reflection, am I right? This blog has always – or at least in later years – swung between frivolity and seriousness, and I suppose that’s somewhat of a representation of what I am. Lighthearted and humorous, but also reflective and intense (will avoid describing myself as deep)…

I guess in my heart (bring on the cheese) it just doesn’t ALWAYS feel right to go oh look, here’s a cute outfit. Most of the time, it does – but every now and again, I need to open up about my surroundings. Fashion and life are connected – and while I can wholeheartedly say that my love for fashion and styling hasn’t let me down over the past two years, life throughout these times has been a rough ride that a pretty outfit couldn’t (always) save.

I know it’s almost the end of January, and in a very strange way, 2021 is becoming a distant memory. But I need to acknowledge last year somehow. I don’t really know why I feel the need to express these feels on a space as public as the internet – maybe it’s just a matter of letting it out, of putting my thoughts out to the universe (basic bitch stuff, but sometimes I’m all for it).

I don’t feel I can talk about 2021 without talking about 2020. They go hand in hand. 2020 was an ugly year, but 2021 turned out to be a really awful hangover after 2020, or 2020’s very ugly sibling. On a personal level, I found 2020 much more manageable than 2021 – I naively figured this nightmare wouldn’t drag on the way it is doing so. When things started opening up at the end of spring 2020, I grabbed life by the horns and gave it my best shot. I went out, saw people, connected, enjoyed life and the good weather. I was grateful to have this chance to do all the things I hadn’t been able to do. I was lucky to be living by myself and not having to worry about hurting others – I may have been out and about while many others were still shielding, but I never, ever did anything that would put anyone at risk. I was also lucky to be on furlough, which gave me a ridiculous sense of freedom. Summer 2020 was, in all honesty, one of the best summers I’ve ever had.

It was really the end of 2020 and beginning of 2021 that truly messed me up. I went through heart break and job loss – events that inevitably had a profound effect on my delicate self-esteem. I decided to go and stay in Spain with my family for a while. I don’t regret this in the least bit, but, being in a household where there is news constantly on is not great when there is a global (and very political) pandemic. I have never in my life been so informed – and so depressed. If there’s one thing I’ve learned, it’s that news consumption can really f*ck with your head. I remember one specific day in December 2020 that really, really made me loose hope – it was when the new variant in the UK was announced. Looking back, it probably contributed to an absolute spiral of depression.

I came back to London in February 2021, probably in a much darker place than I cared to admit at the time – I had to put up a brave front. Things did start looking up eventually, with life steadily opening up and new career moves coming up. But the truth is, I never managed to truly get out of that spiral of despair and loss until the end of 2021. I talked about how I was feeling in my sad girl summer post – looking back now, I’d say I felt like that for pretty much the entirety of 2021.

It’s difficult to look back at a year and realise that you were sad for the most part of it. The hardest thing about 2021 was that I lost my lust for life. To say that this happened because of COVID would be simplifying the matter – it was the heart ache and career lows that really made me loose my faith in people and life. Why bother meeting people? They’re just going to hurt me is what was going on in the back of my head for the most part of 2021.

As my career hit another hiatus at the end of last year, I hit another all-time low – and I was lucky to be able to run away from London yet again. This time I stayed with my family in the south of Spain for four weeks, and it was absolute bliss – I got to have the summer I never had. A part of me didn’t want to come back – I didn’t want to face the city where so many miserable things had consistently happened to me for over a year. And yet, despite the despair of it all, things started looking up from one day to another as a new opportunity arose. I came back to London – and, within the space of a few weeks, life picked itself up again (I mean, I played a part in this development too, but it’s OK – I already patted myself on the back for it). My hope came back, and, most importantly, the lust for life I had so painfully lost crept back in.

A part of me is still reeling from the pain of it all, but this isn’t a cry for help. This is a story of hope. I want it to be a reminder that there is ALWAYS hope – and that no matter how bad a year or period of time is seeming, it can all change in the space of a few weeks or even days. 2021 will go down as one of the worst years of my life – but it will also go down as the year that ended up being the start of something new and good.

I started 2021 with one mission – to survive. It’s terrible to think that was all I could aim for, that I was in so much pain that there wasn’t any room in my mind and heart for anything else. And whilst I did think about calling this post “I don’t know about you, but I’m scared of 2022” (because who doesn’t love a Taylor reference), I wouldn’t ultimately say I’m scared as such. I don’t know if I’m feeling 2022 either – I was really feeling 2020, and look how that turned out. You can read my thoughts on 2020 here; I literally said “I’m going to make 2020 my year” – poor little soul. I think 2022 is more of a “Proceed with caution” kind of vibe. All I know is that my lust for life is well and truly back, and I want to hold onto that feeling like there’s no tomorrow. Maybe that’s partly why 2021 is becoming a distant memory – I no longer feel or recognise that terrible sense of loss and disconnect I experienced for so long, and hope that it really is a thing of the past. Anyway, I’ll stop at the risk of going down a Live Laugh Love route.

So there you have it – from Gossip Girl to some deep and dark thoughts. Much like my persona, it’s a crazy and wonderful contradiction.

Pictures taken on January 1st 2022 outside of Tate Britain, London.