And just like that, I’ve been MIA for three months. Hello, long time no chat. Of course I never meant to disappear for so long – I never do, but real life, as it has before, got in the way. 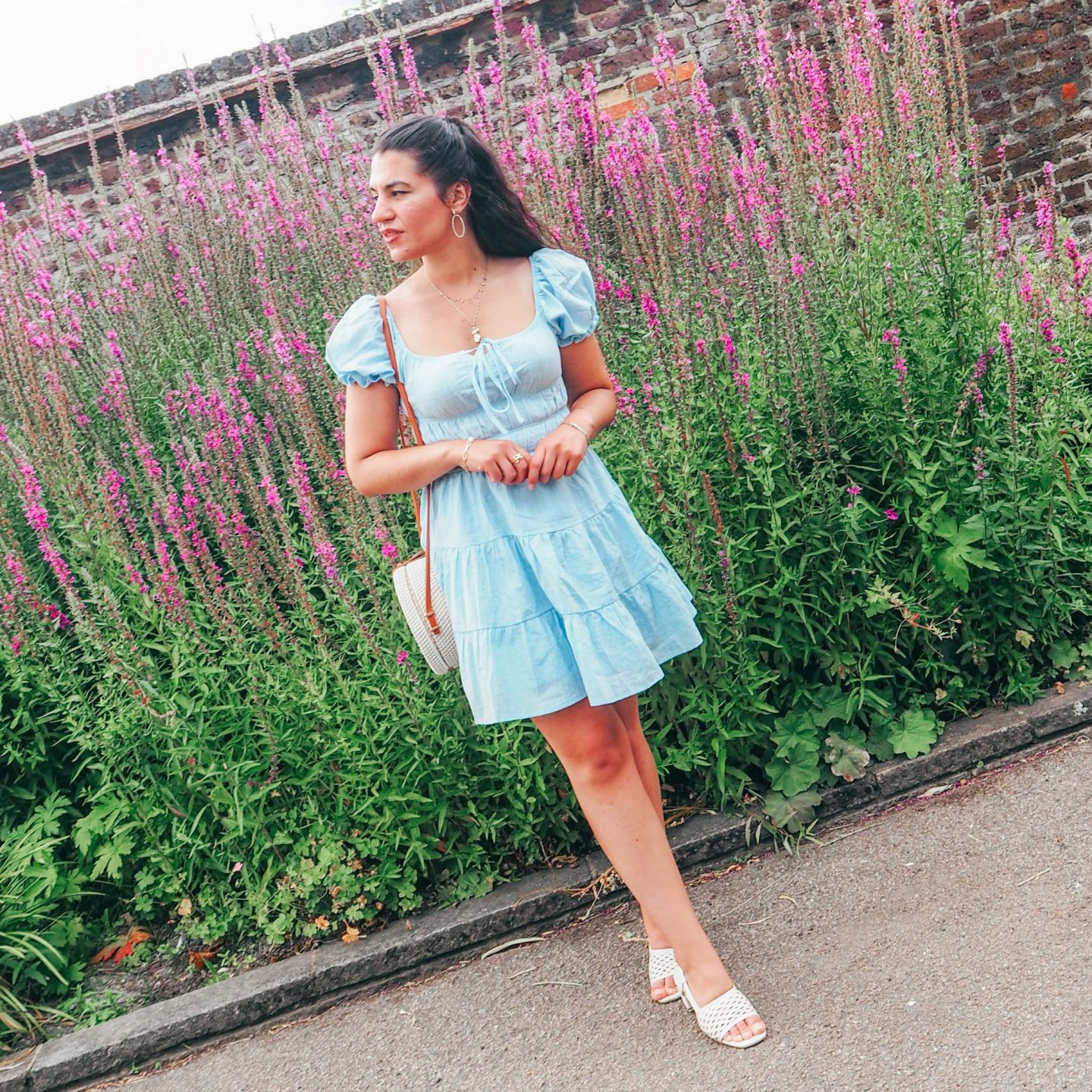 I think I also had a case of blogger’s block; I didn’t really feel like posting anything. Not for any reason in particular, other than I wasn’t feeling super inspired – and I don’t always want to force inspiration to strike, ya know? And even though I sort of took a break from the blog, that didn’t mean I didn’t miss it. Of course I’ve missed it; I always do. I did hope a strong urge would come back – and while I can’t say inspiration has been hitting hard as such, the urge is, ultimately, always there, even if it doesn’t come back in all its glory.

Lack of inspiration aside, I’ve simply not been hovering over my computer much this summer. I know – it’s a crazy statement to make considering everything that’s going on. But Summer 2020 was a busy one – I met friends, shopped, got buses, got the tube, ate out, dated. Hell, I even managed to get a bit of a tan, as London was briefly hot for a change (as I write this, it’s a mild early autumn day).

Getting public transport was the one back-to-normal thing I was dreading the most. I’d been getting buses since the end of May, but in all honesty couldn’t face the tube. However, when I hopped on it on the 4th of July (the horrifically titled ‘Super Saturday’ by the media) for the first time in nearly four months, it felt shockingly normal and second nature to do it – how normal it felt was the weirdest thing about it.

Speaking of weird… to say that life (and I’m partly speaking for myself here) is weird AF at the moment is an understatement – it’s confusing, anxious, panic-inducing, at times damn right depressing and chaotic. It’s frightening to wonder when, or even if, this will end. Will it be like this for another year? Another two? Five? Forever? You wonder if you’ll get sick. You wonder if you’ll make others sick. You’re afraid, but also craving normality. You miss your old life. You’re waiting for some good news. Things are tough, but you’ve got to hold on to whatever makes you happy without hurting others. And that’s what I tried to do this summer, which I can unsurprisingly say is an unforgettable one.

It’s been weird and reinvigorating to do all of the ‘normal’ things that a few months ago we took completely for granted. The blog took a seat back, but life didn’t for the first time since March. Is it risky? Very – but I wear my masks and keep my distance as much as possible. I know that I’m in an incredibly privileged position to be able to take these calculated risks to go out and see others. Yes, life is tough – the future is looking bleak and I don’t know what’s next in store for me; I might not know for a while – but I am grateful for the shred of normality I’ve experienced and the fact that I got to have some sort of a summer.

And as frivolous as it is, fashion has continued to fuel my soul. Of course it’s got nothing on the feeling of seeing my loved ones, and yet I’d almost go as far as saying that getting up and getting dressed in something I love has saved me. I do whole-heartedly believe that sometimes it’s the little things that make all the difference, and styling and putting together an aesthetically pleasing outfit sparks a lot of joy in my life. So, as pointless as it all is, here are some pictures of me in one of my favourite Summer 2020 outfits – a blue dress that I am obsessed with. It gave me all the milkmaid, peasant, wench (hell, you name it) vibes and I couldn’t be happier about it – not to mention that my friend got some pretty good pictures. In fact, that whole day was perfection. 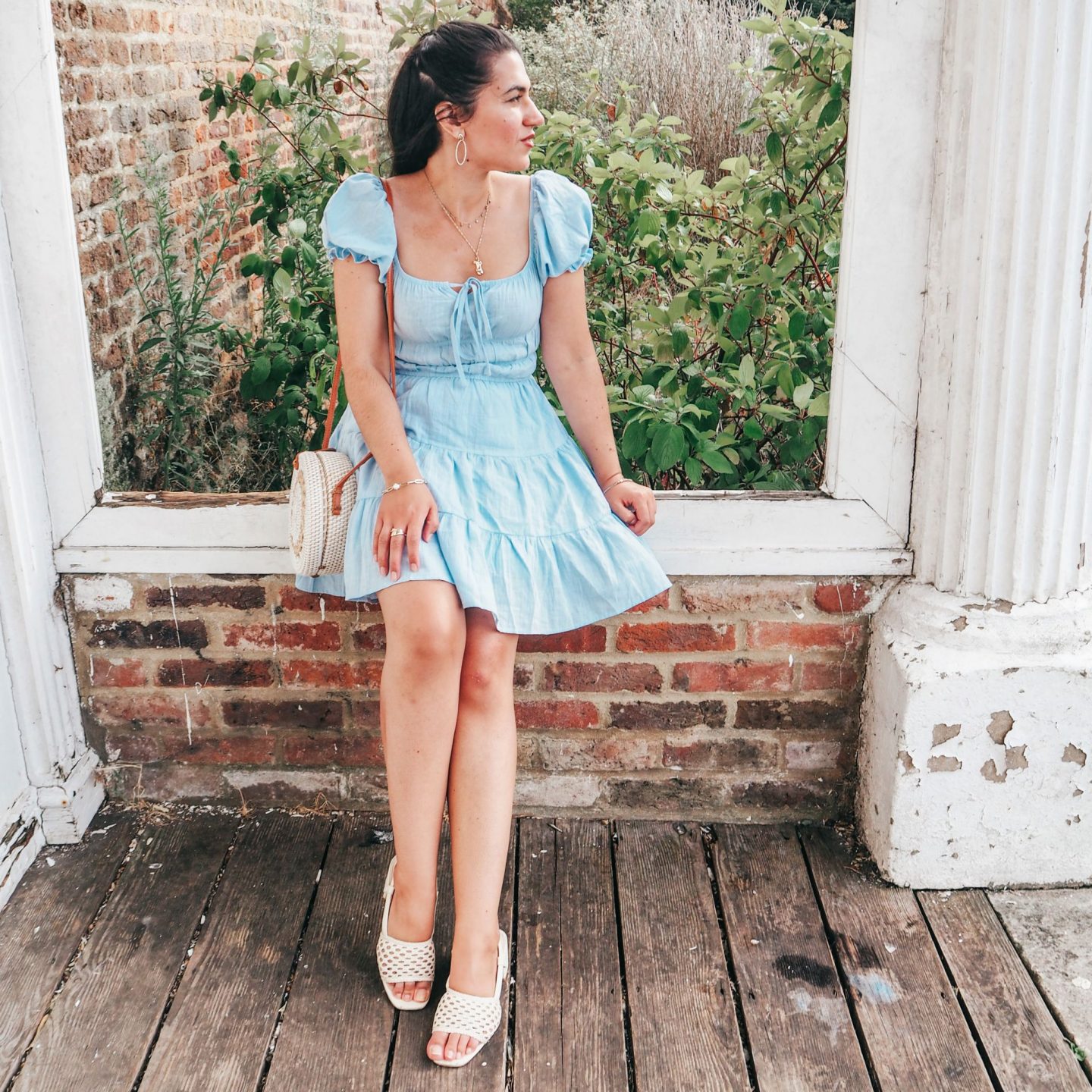 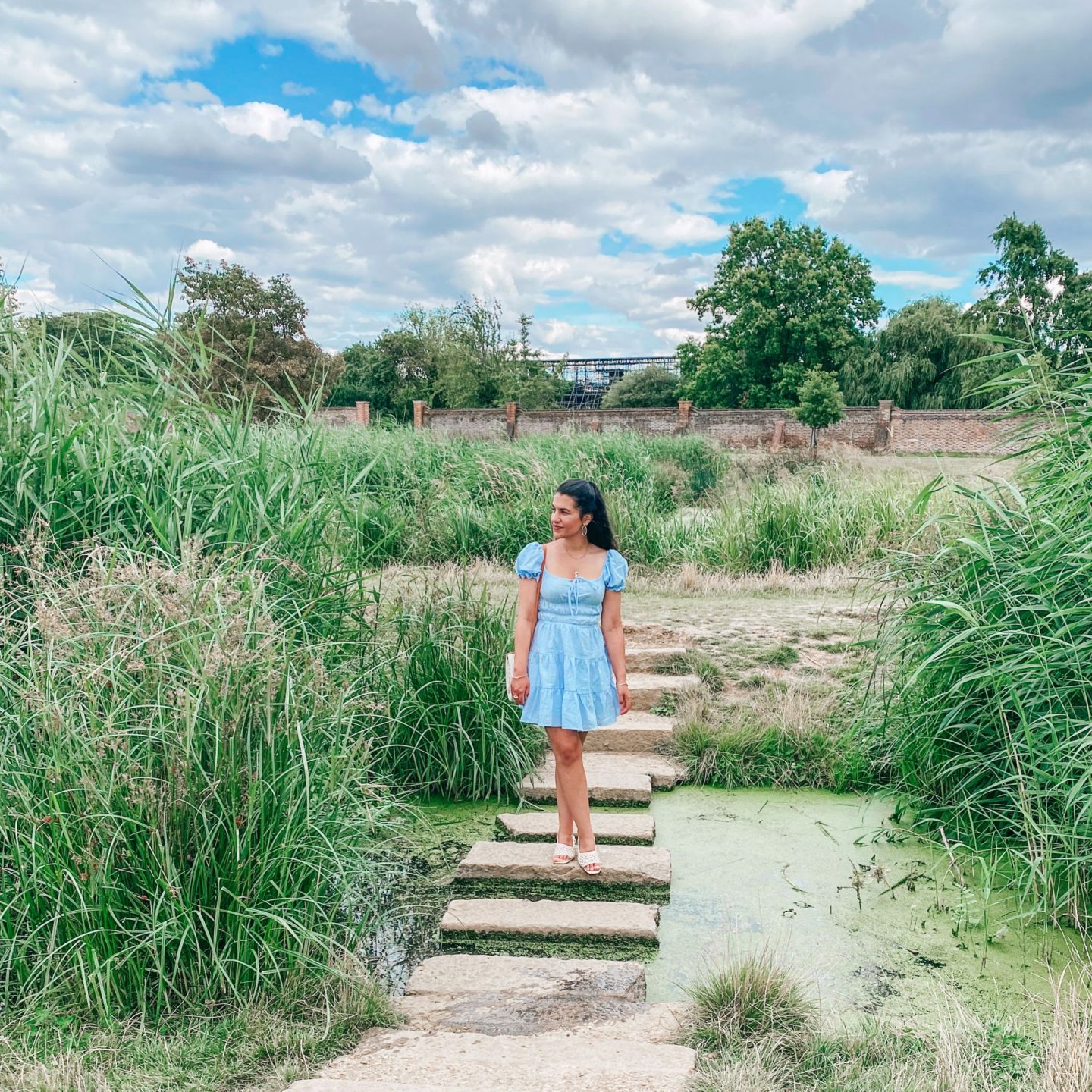 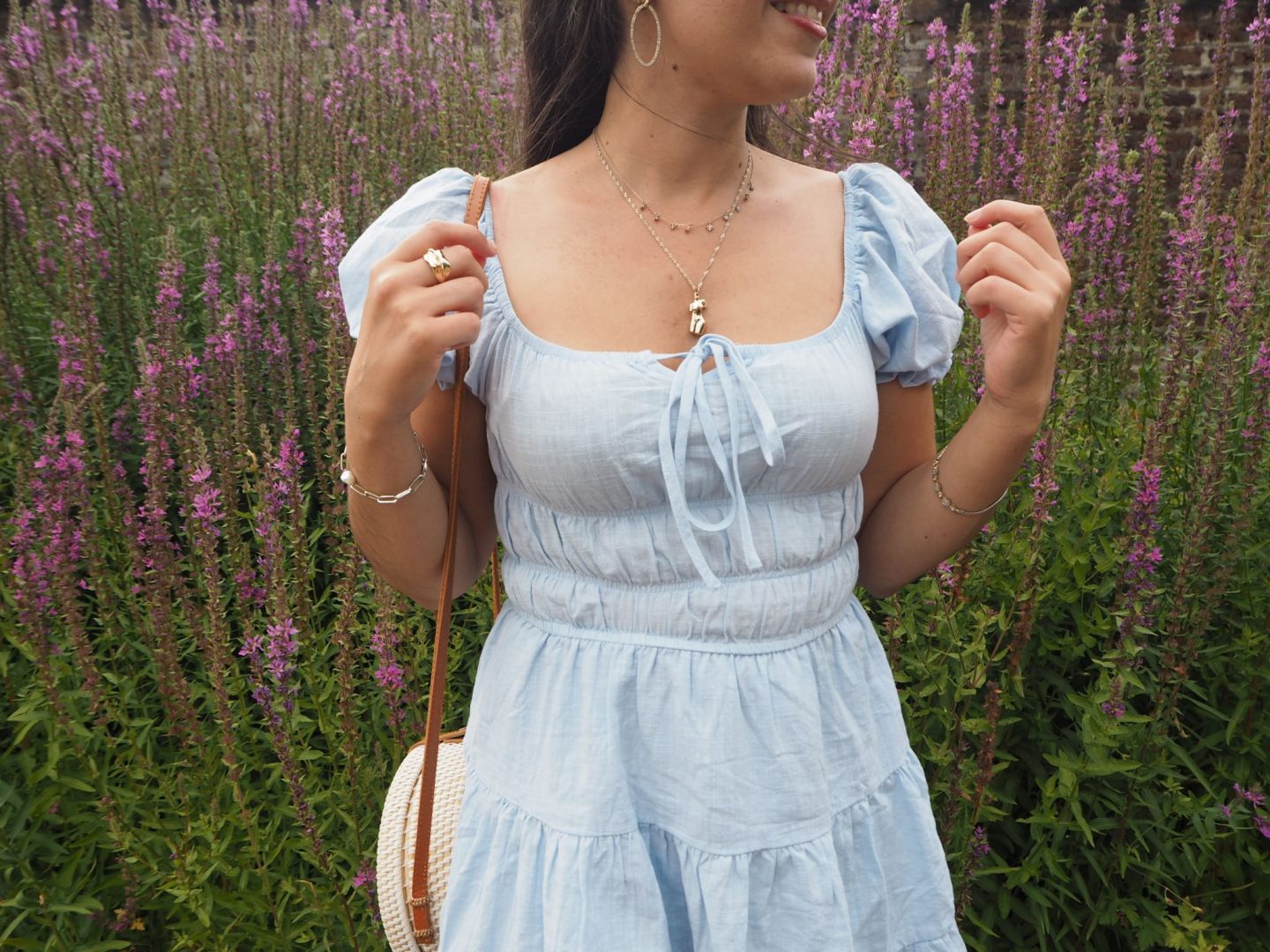 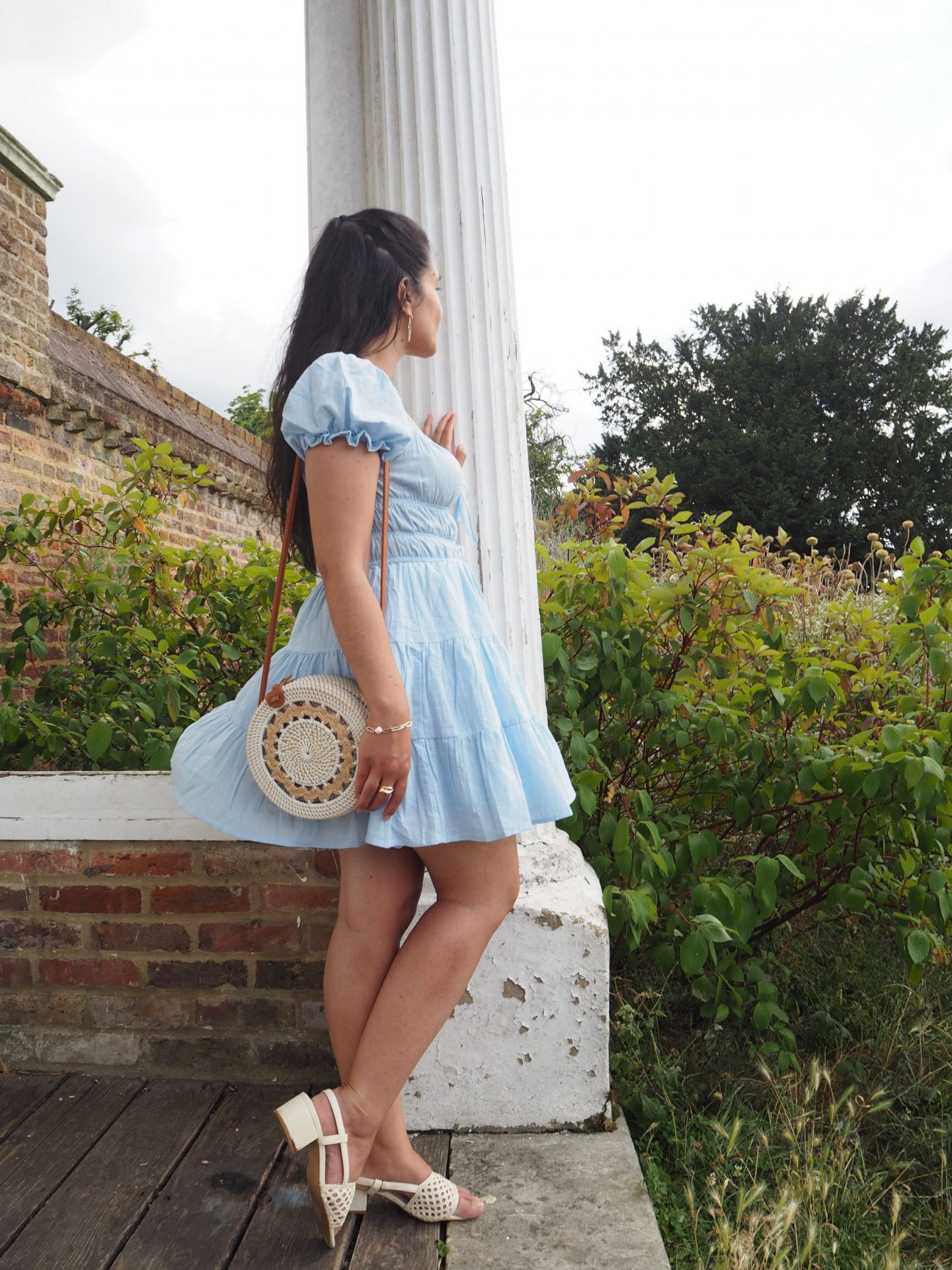 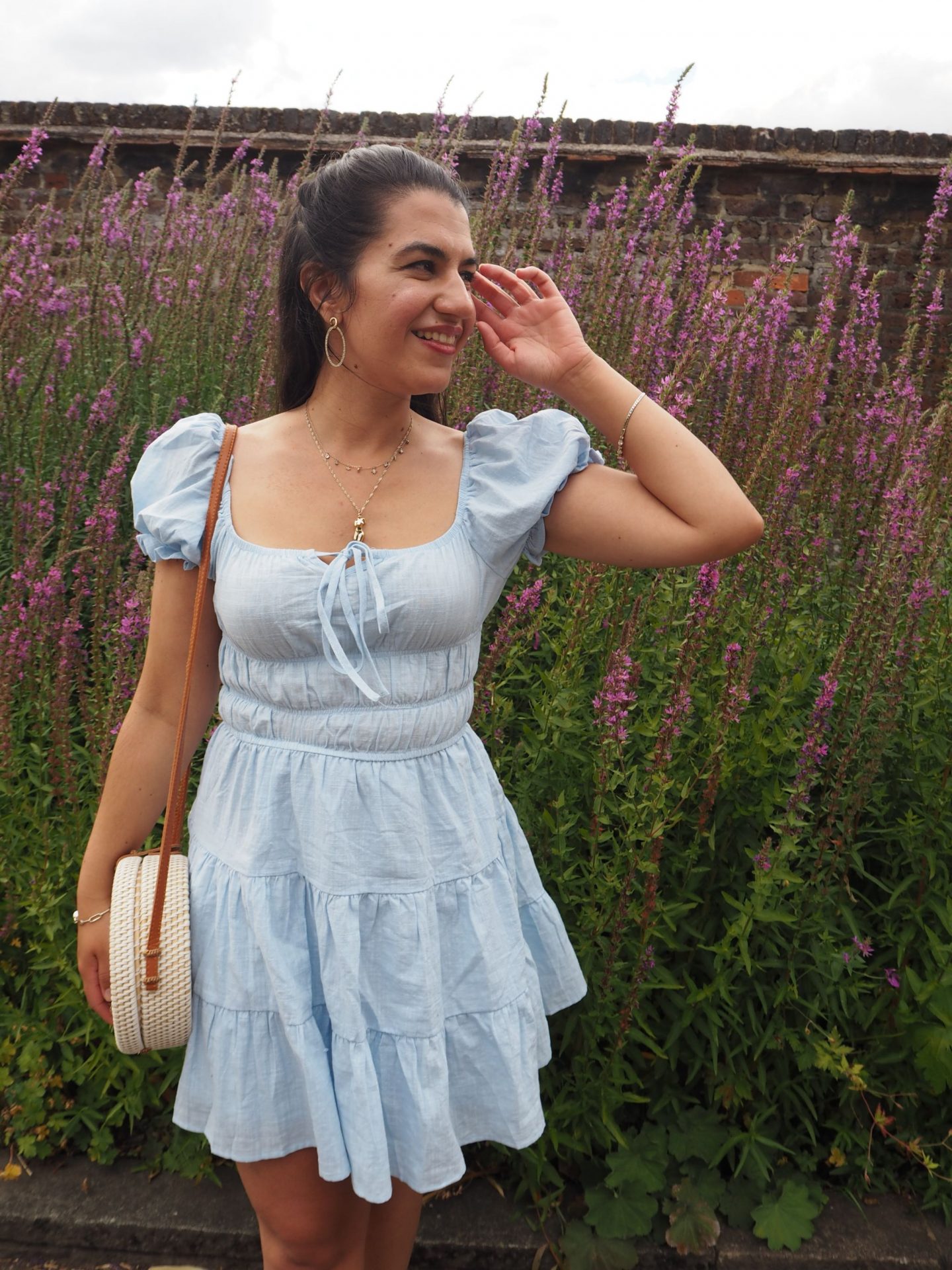 I wish I were feeling as content now as I did on that day, but the end of summer hit hard with a lot of hurt and stress. I’ve now got a serious case of autumn blues – I’m still not over summer and long for warmer, more carefree days. Having said that, I’m a survivor – and things will get better. So I leave you with these pictures – it may just be a girl in a blue dress, but to me it’s a little more than that. And hey, it’s good to be back.