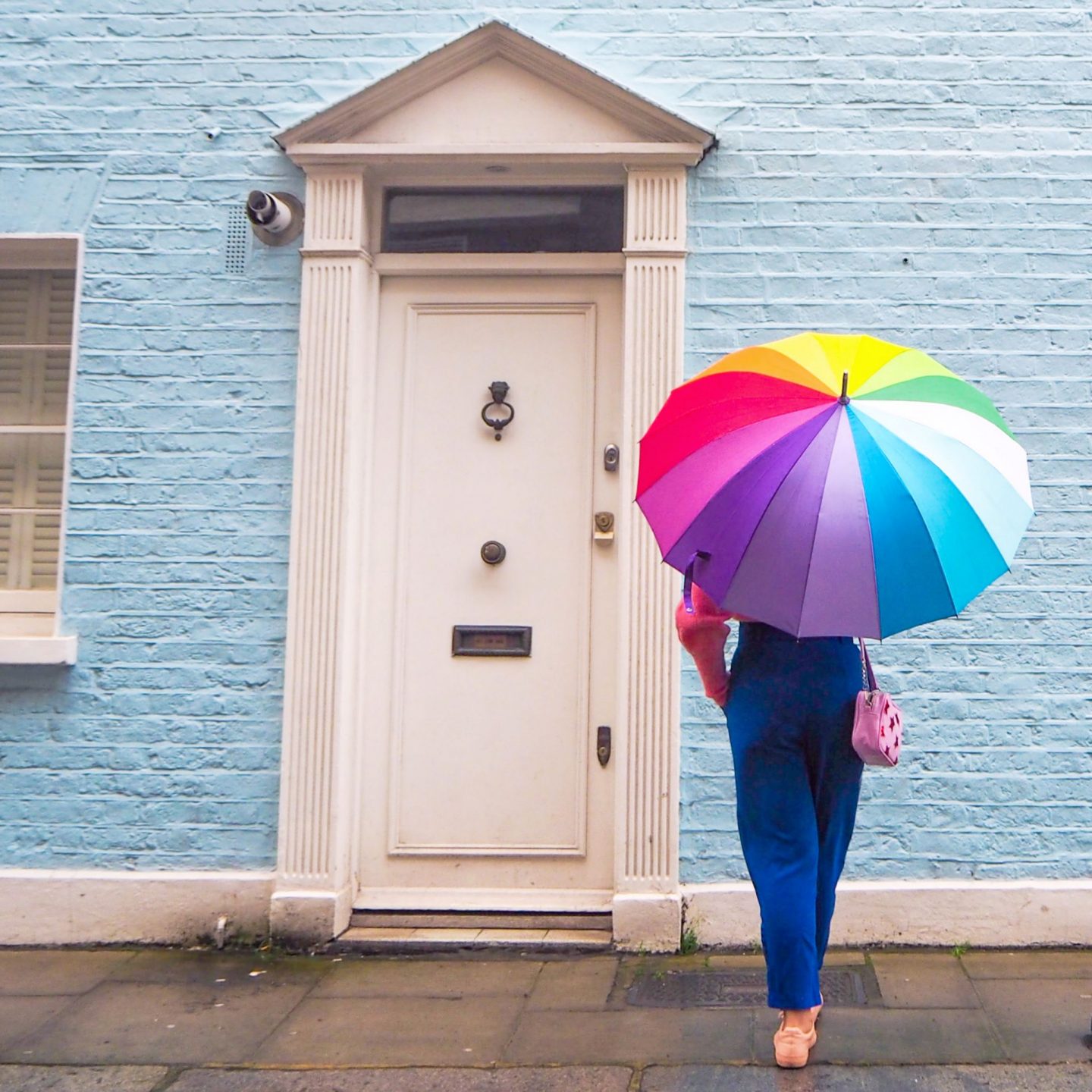 Well peeps, there is no way to sugarcoat this: all I want to do is complain about how crap everything is at the moment. Life has come to a very unpleasant stop; and who the f*ck knows when we’ll be able to press play again. It’s funny how three months ago I was all pumped up for 2020 – I’m gonna make it my year, I kept thinking. It’s going to be my year. Fast-forward three months, and all I can relate to are memes going around on social about how sh*t 2020 has been so far.

I don’t think I was brimming with originality when I stated that 2020 was going to be my year – I mean, it’s got such a good ring to it, who wouldn’t want the start of this new decade to be a significant one? Well, one thing’s for sure: 2020 is going to be an unforgettable year. And who knows, maybe there’s still hope for it to turn into a good year… at some point. But I ain’t here to bring y’all any wisdom. Far from it. I have no f*cking clue how to get through this lockdown the United Kingdom and many other countries are facing. Yeah, maybe just do what everyone else is suggesting on Twitter, like learn a new language or the violin. I haven’t got any good life advice – didn’t have any before COVID-19, and I definitely don’t have any for ‘the new normal’. I’m simply trying to channel all these negatives feelings into a mildly entertaining recollection that I might look back at in 5 years’ time and be like “Wow, that was a crazy time.”

So without further ado and whining, here are a few things I’ve learned about myself and being reflecting on since Monday, March 23rd – the day I officially got stationed to work from home and the day the UK officially went on lockdown. 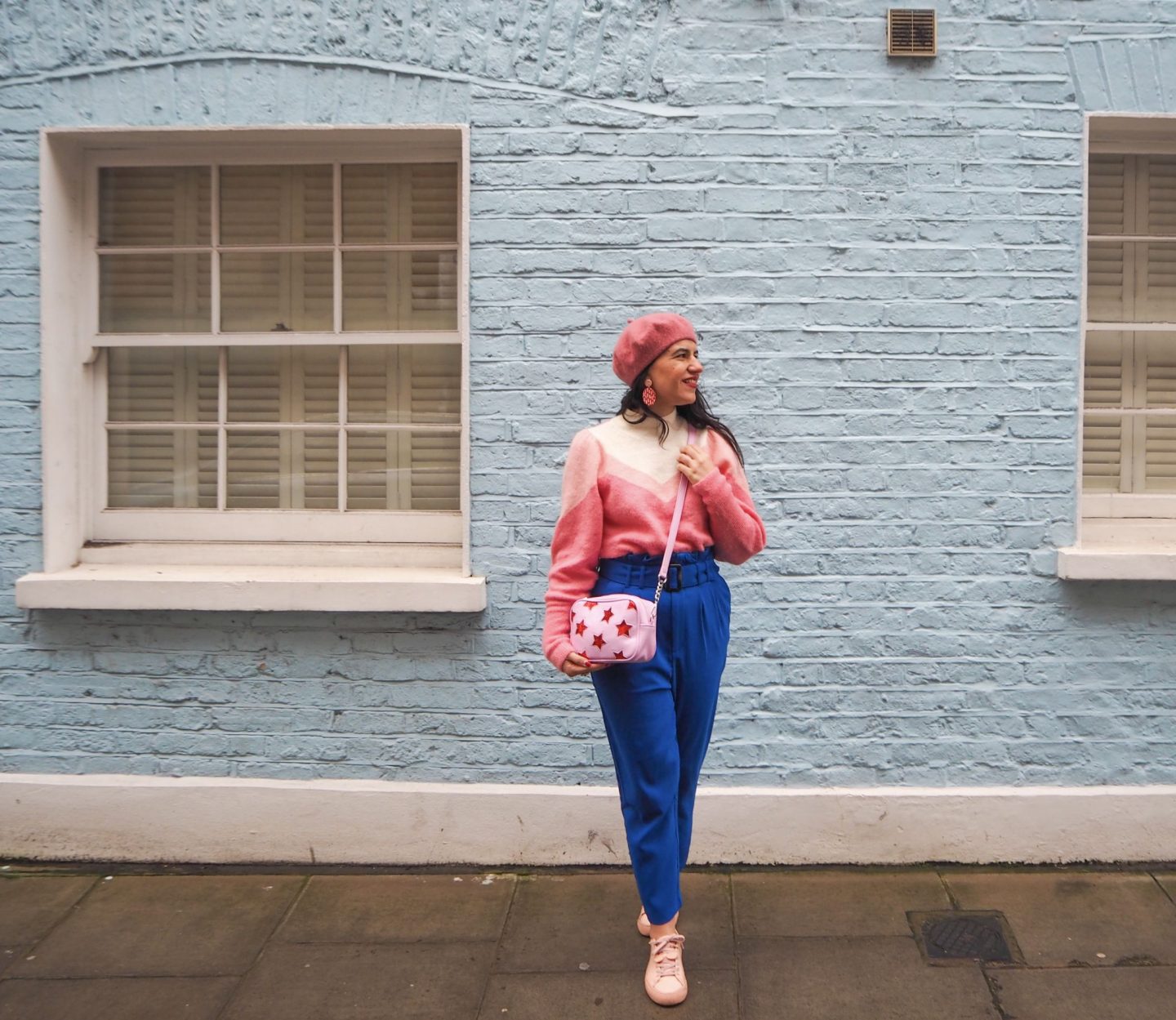 It turns out I’m not really a hermit after all. I actually felt extremely down for the most part of January and February and became what felt very much like the truest form of a hermit. I barely met up with people and stayed at home whenever possible. I was stuck in a rut, and only got out of it at the end of February. So you can imagine the ‘irony’ I feel now that I was ready to get back into the swing of things and be sociable again.

I’ve always banged on about how I’m an introvert, a bit of a loner and love being by myself. I don’t really know why it’s something I take pride in, but it’s a strange character trait that’s a blessing and a burden. I feel like my hermit skills got pushed to the limit in January and February, and I was no longer in the mood to isolate. And yet here I am, having to isolate completely by myself for the foreseeable future and already being on the verge of insanity within less than a week. Maybe next time I’m in some sort of a rut, I will push myself out of my comfort zone anyway – because you never know when there might be a world pandemic around the corner.

But the introvert in me can’t cope with a lot of sh*t. Did someone say House Party? Zoom? Hell no. I’ve always hated talking over the phone and all the modernities that come with it, such as Face Time and Skype. Although it may mostly be a vanity thing – I hate how I look on screen. I’m still a House Party virgin, but I know I won’t be for much longer – I look forward to the awkwardness… NOT. 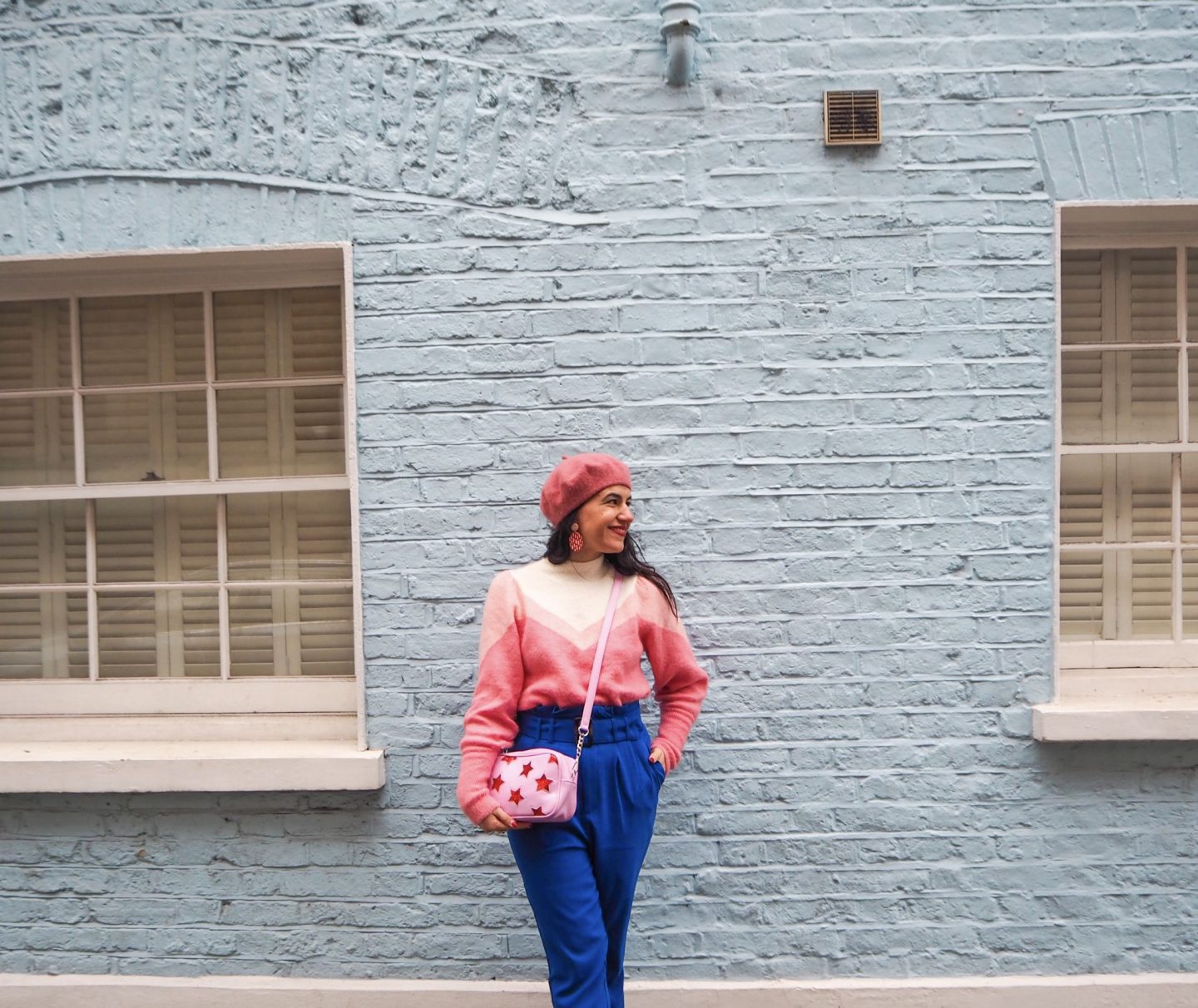 Not washing my hair is absolutely liberating. I love my long hair but naturally hate everything that comes with it – that being maintenance. So the fact that I haven’t had to wash it in almost a week is awesome.

But a part of me misses putting on makeup. Put on makeup to work from home? Hell no – why would I waste my makeup like that? But I’m not going to lie, I kinda miss my made-up face.

Any sense of style has gone out the window. And that’s the one thing I never thought I would lose. Halfway through last year I started a fitness journey of sorts (Yep, I’m cringing), which led to my purchasing of leggings. Who would have thought that a year later these leggings would become my jam when in lockdown. But they’re not just for the house – I’ve been wearing them when doing emergency supermarket runs. I always thought I would maintain a sense of style even in the worst of times – boy, how wrong was I. I’ve not even downgraded to jeans and a nice top, but leggings and a nice top.

Dirty hair, no makeup, leggings and tops that definitely don’t cover my bum… don’t worry guys, I promise I still shower. Also, my leggings are mostly black – but my colourful knitwear collection makes everything better. Not all is lost.

I look like sh*t, but my nails are on fleek – and that’s so bloody comforting. I got shellac nails done on the 6th of March – and I am so bloody grateful about this decision. What can I say, everything’s been crap but I look down at my nails and I feel a little less crap. I reckon I won’t need to worry about them for at least another two weeks – so until then, thank you nails for looking good for the apocalypse. 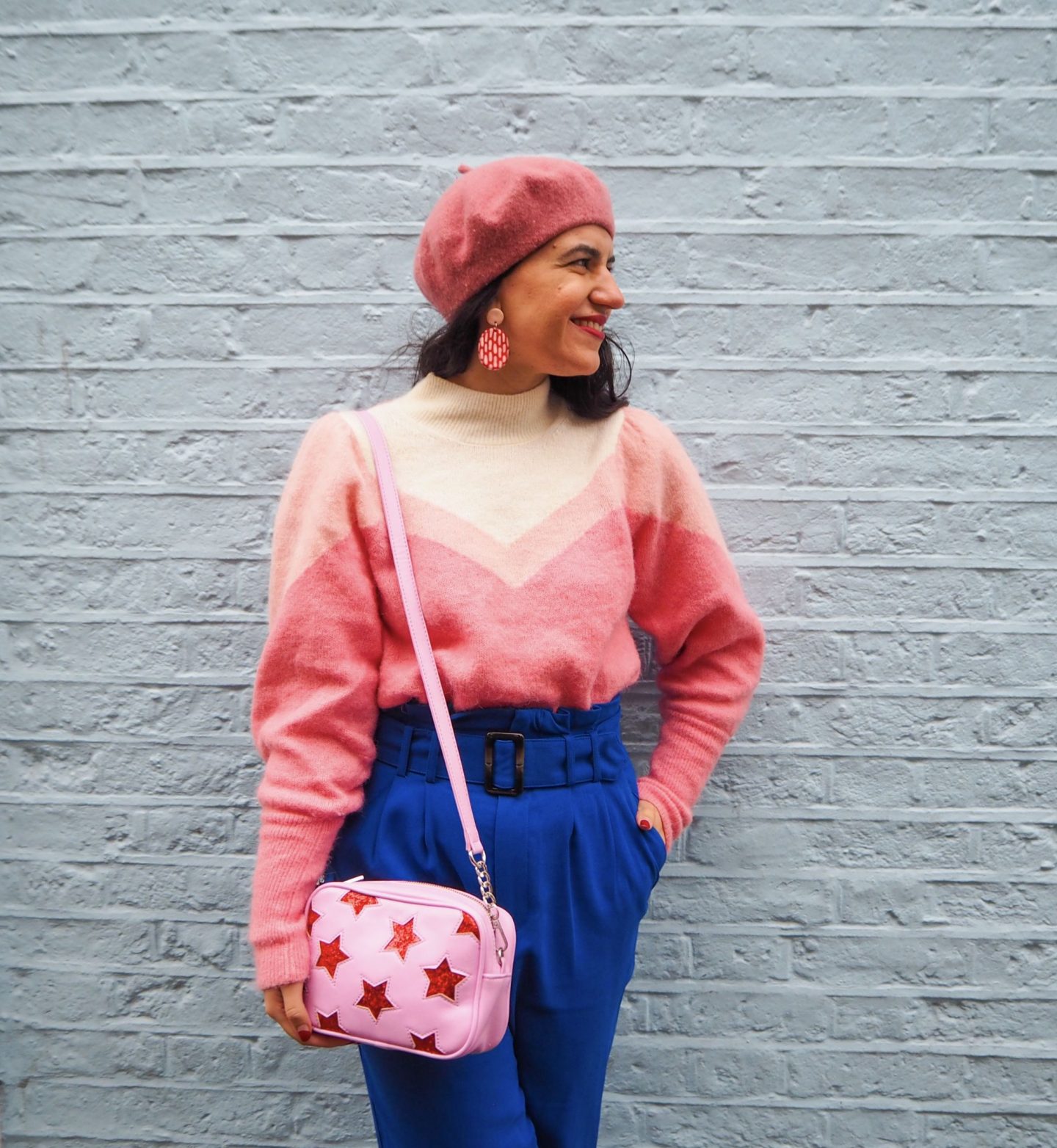 I’d be sh*t at food shopping during the apocalypse. I’m a huge fan of the zombie genre, so like any self-confessed zombie-loving fan I’ve often wondered whether I’d thrive or perish instantly in a zombie apocalypse. Well I can now confirm that I would most likely perish, and not necessarily because of the zombies (I’d like to think that I’m a secret zombie-killing machine), but because I’d have no idea what to get when doing emergency supermarket runs. On my first pre-lockdown but still panic-fuelled food shop last week I found myself lost and ended up bringing back a ton of sweet treats – not exactly the most vital kind of food needed when you’re going to be staying at home. Then again, in my defence a lot of things were sold out – including my go to’s, rice and cous cous. Maybe I’ll get better at these apocalyptic supermarket runs, as we’re in this for the long run.

I should never have ignored my devotion to toilet paper. For years, I’ve been saying this to people: “One of my biggest fears is to run out of toilet paper.” I can’t pinpoint what made me this way, but it was a truth that fuelled my obsession for always having toilet paper aplenty. In recent years I was even buying toilet paper in bulk, and I’d been meaning to do this again but hadn’t got around to it. Now, as I’m down to five rolls and about to face my biggest fear, I know I was right all along…

I doubt I’ll come out a better cook or tidier person out of this. You would think a world pandemic could really push a person to try something new in the kitchen or Marie Kondo the sh*t out of their life and home, but something tells me I’m going to come out… the same person out of this lockdown.

Maybe this will be a period of regrowth… for my eyebrows. Like any self-respected late eighties baby, I was brainwashed into believing that thick eyebrows were the enemy and consistently got my caterpillar brows over-plucked for the past decade and a half. Where was Cara Delevigne when I needed her?

I rarely do my eyebrows myself as I feel like I always f*ck them up when I try to tidy them, so it’ll be interesting to see how they get on while in self-isolation. Also I’ve noticed during the past year that my eyebrows just aren’t growing like they used to, so maybe this will give them a chance to have a rebirth. Unlikely, but let a girl dream.

Will my hair somehow benefit from this? I mentioned that I’ve not washed it in almost a week, maybe its natural oils are thriving? And will it reach an amazing length without looking ratty?

I’m still a shopaholic. And yes, this feels so damn pointless – but by the time we’re out of this mess hopefully it’ll be time to rock a bunch of cute and carefree summer outfits, right?

The Coronavirus has ruined lives… and dating in 2020. Because hey, dating wasn’t enough of a challenge, it’s now even more annoying or non-existent. What started off as a few jokes-that-weren’t-really-jokes about the quarantine making people horny has now become a grim situation – bye bye meeting any love interests face to face (unless you have a death wish). I hear activity is super high on dating apps these days – this isn’t the case for me as in all honesty matching with pen pals has been the last thing on my mind. As someone who hates phone conversations, Face Time, and anything techy that involves communicating with another human being that isn’t texting, I personally couldn’t be more screwed over by this new ‘lifestyle’. But hey, I don’t want to miss out on the fun either, so never say never. Maybe I’ll try a Face Time date? Will my texts get more direct? Sassier? Racier? IDGAF? Will I even send out voice notes? Pictures? Who the f*ck knows – this might have to be a whole separate post in itself.

I’ll never know if I’m a Coronavirus survivor. On Thursday of last week I developed a horrific head cold. By Friday I’d lost all sense of smell and taste. I rarely get sick but colds are the thing that always get to me and really screw me over. While I’ve not felt ill at all throughout this week, I’ve hated not being able to taste any food (because there’s like, really nothing else to do these days). Not to mention the slight paranoia I’ve been feeling, since a loss of smell and taste is something people with COVID-19 have been experiencing. However, I’ve not had a cough, shortness of breath or high temperature? I guess I’ll never know if this was just a head cold… 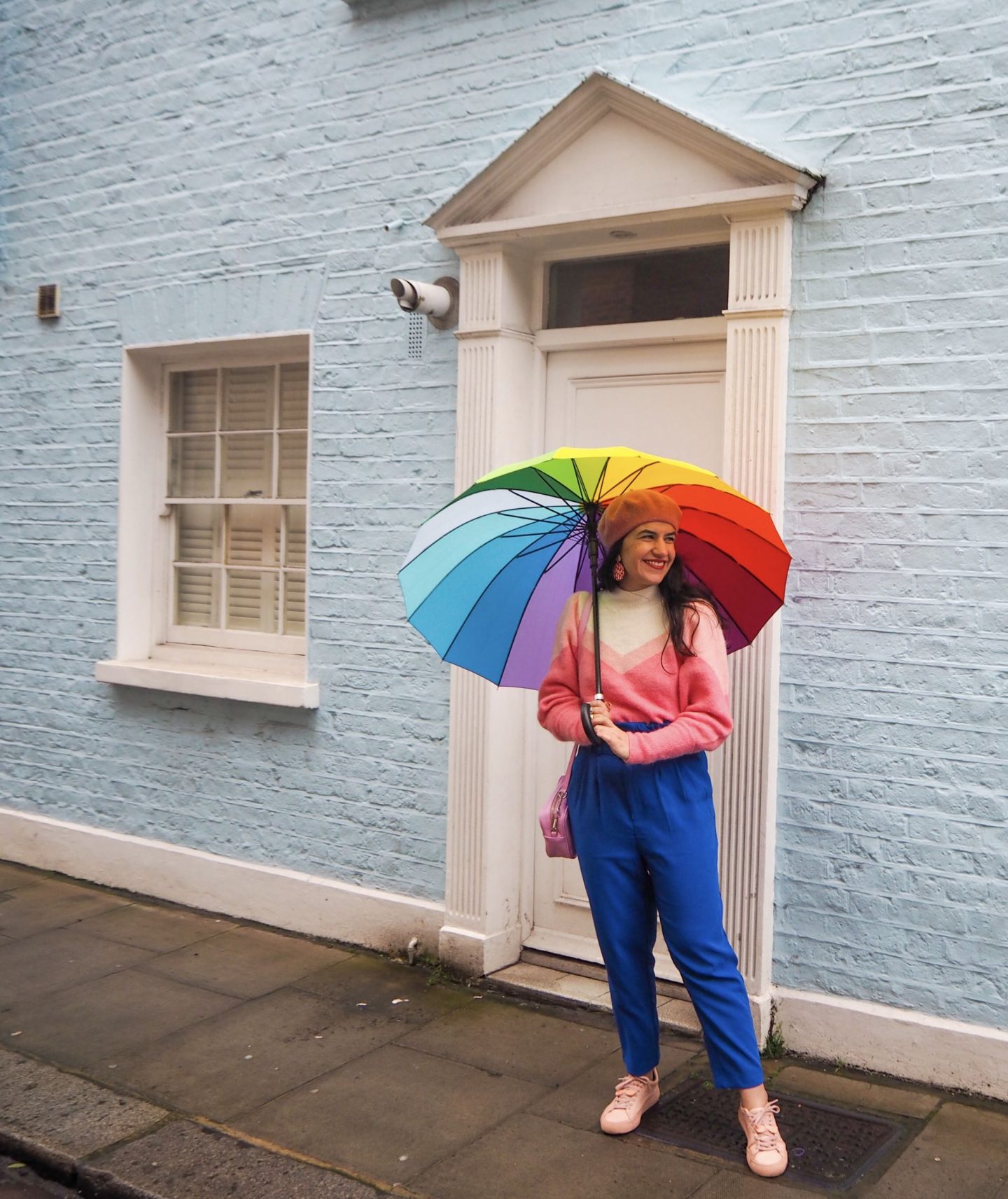 So yeah, those are some of the things my little head’s been pondering about over the past week (I know, it’s incredible what I do with my free time). Kudos if you’re planning on reading a million books, learning 10 new languages, playing a bunch of instruments and baking a ton of sh*t that would make Mary Berry melt – some of us are still learning how to simply get by without losing our marbles.

I doubt I’ll come out a better human being after all of this, but I hope I learn to appreciate everything 100 times more – my friends, my dance classes, food, nights out, nights in, and so on. When it’s time to press play again on life, I want to live and love more intensely. Hug more, laugh more, dance more, risk more. Make no mistake, I’m no saint – there’s a good chance that I’ll go back to being a spoilt, privileged, first-world-problems-obsessed millennial. And yet maybe, just maybe, I’ll also remember that this life really is too short – and, when possible, it’s worth living every day like it’s your last.

And now it’s time to go back to doing nothing. And yes, I am totally using some pictures I took last month while being outside to accompany my thoughts on being stuck inside. Yes, the irony. Yes, will 100% do it again. So watch this space.