I really wanted to do this post a lot sooner as it’s already been one whole bloomin’ week and four days since the wonderful London Art Fair took place, but I suspect a part of me felt intimidated by the sheer amount of incredible imagery and info I would have to digest (and sadly edit out) for it. Anyway, after a lot of blood, sweat and tears (kidding – but almost) I’m finally ready to showcase a few highlights from this event, which I’d never been to before and was lucky enough to win a pair of complimentary tickets!

In case you’re not sure what I’m on about, the London Art Fair is an annual event in which a fab variety galleries showcase mainly contemporary artwork. Despite the fact that it’s already ended, I believe it’s worth sharing my experience because the galleries I discovered at London Art Fair are active all year around after all! So, in the format of lists (I like lists and it’s a pretty digestible and readable format me thinks) here are some new favourites I discovered:

Su Blackwell: Paper cut art has been a bit of a thing over the past few years (Rob Ryan, anyone?) – I’m a fan and fell in love with two beautiful artworks by Blackwell. Aren’t they incredible? 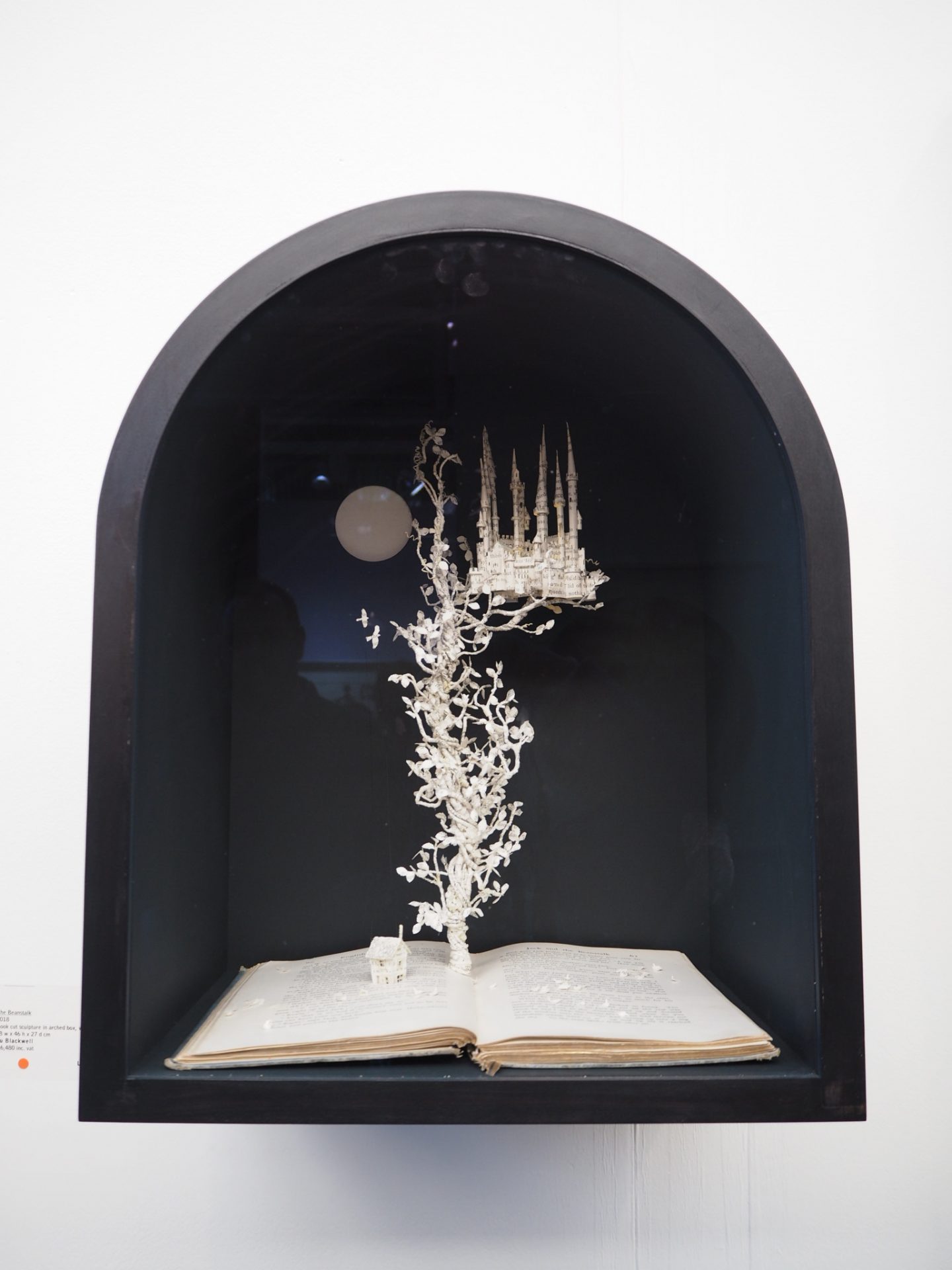 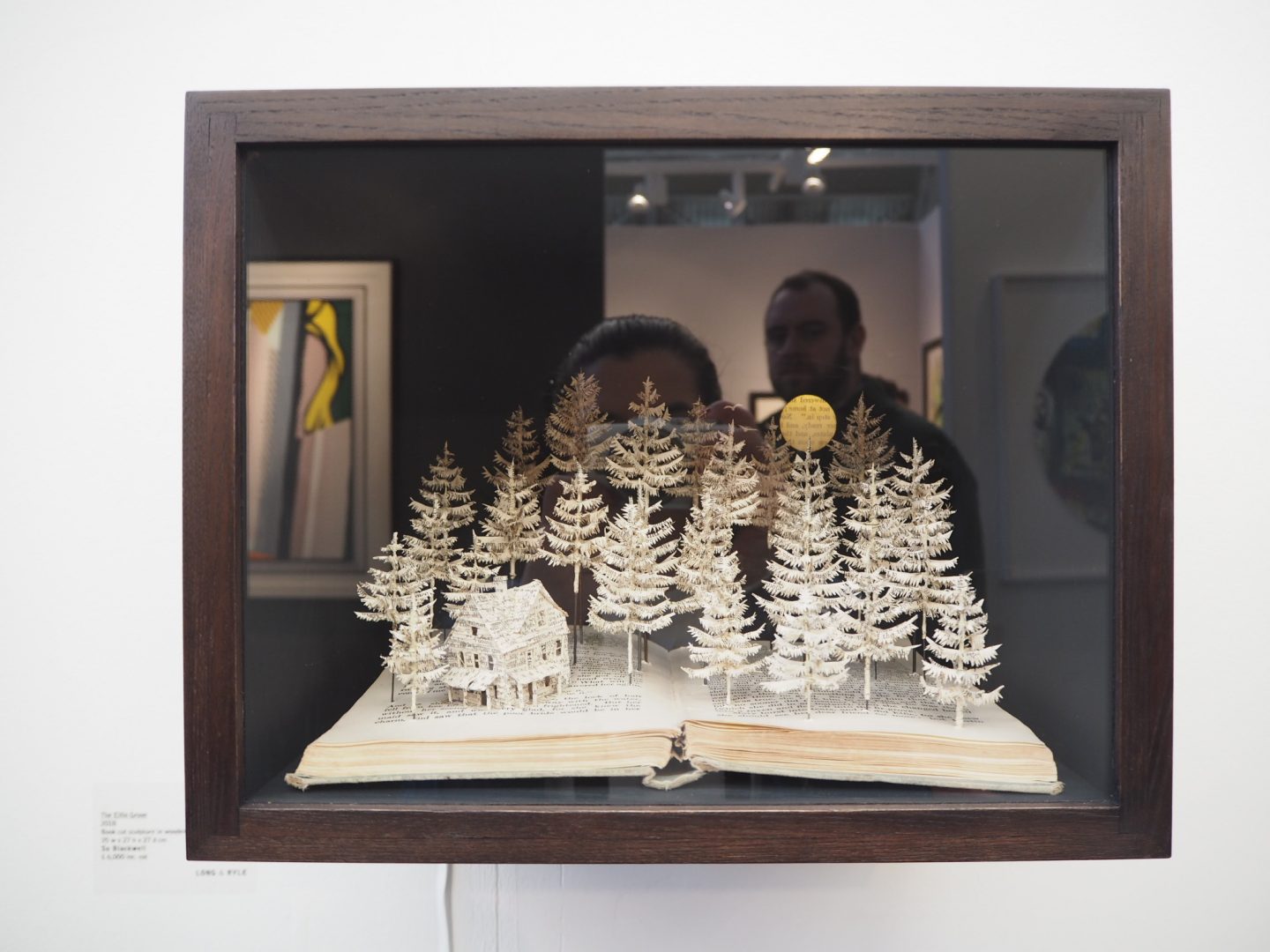 Barbara Kruger: Barbara has been active for decades – I became obsessed with her work while I was at University and have loved it ever since. I was really disappointed to see her work at Selfridges a few years ago, as her stance towards consumerism has always been seemingly very critical. But, I still have a soft spot for her, and was delighted to see this at the London Art Fair – because knowledge is power! 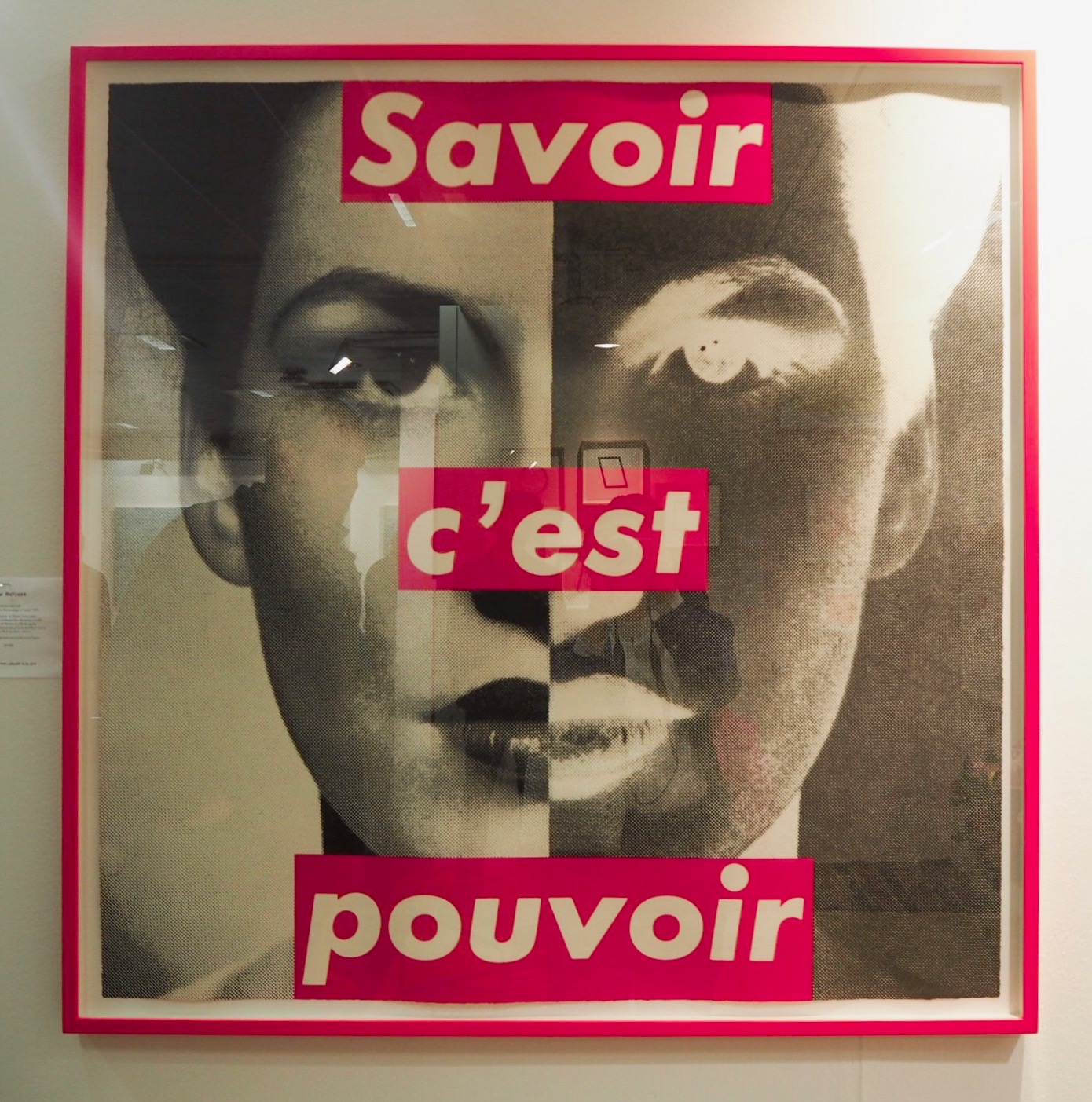 Lizzie Riches: I love figurative art that has an illustrative, whimsical and surreal feel, so it was no surprise that I was immediately drawn to Lizzie Riches’ otherworldly characters. 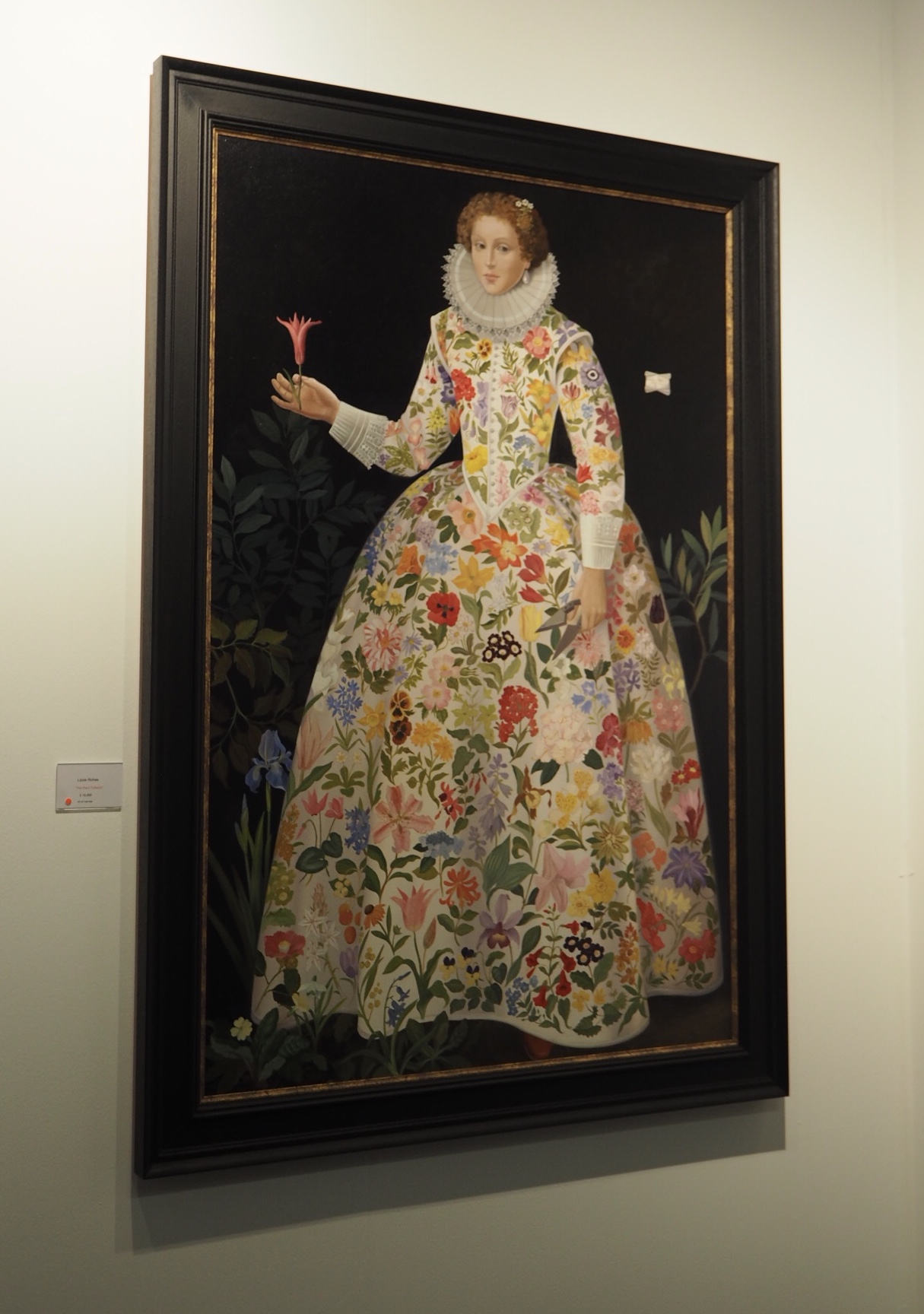 Sebastian Burdon: Balloon dogs pooping? I’m in. Sometimes it doesn’t take much to please me! 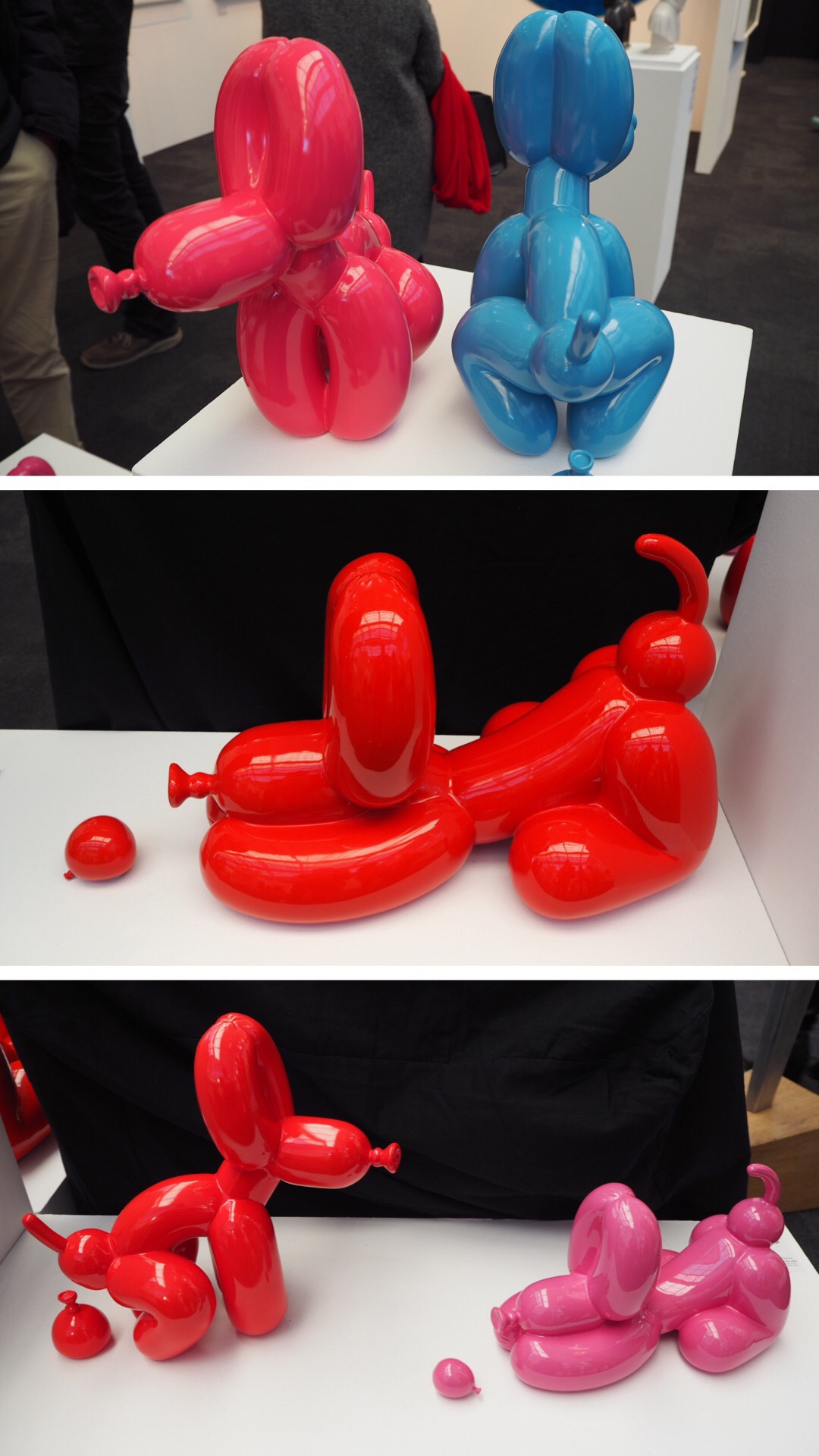 The Connor Brothers: Pop Art is a style that I love because it tends to be colourful, fun and infused with retro vibes, and I think it’s fair to say that I’m drawn to ‘word’ art too. The Connor Brothers combine these two art styles perfectly. 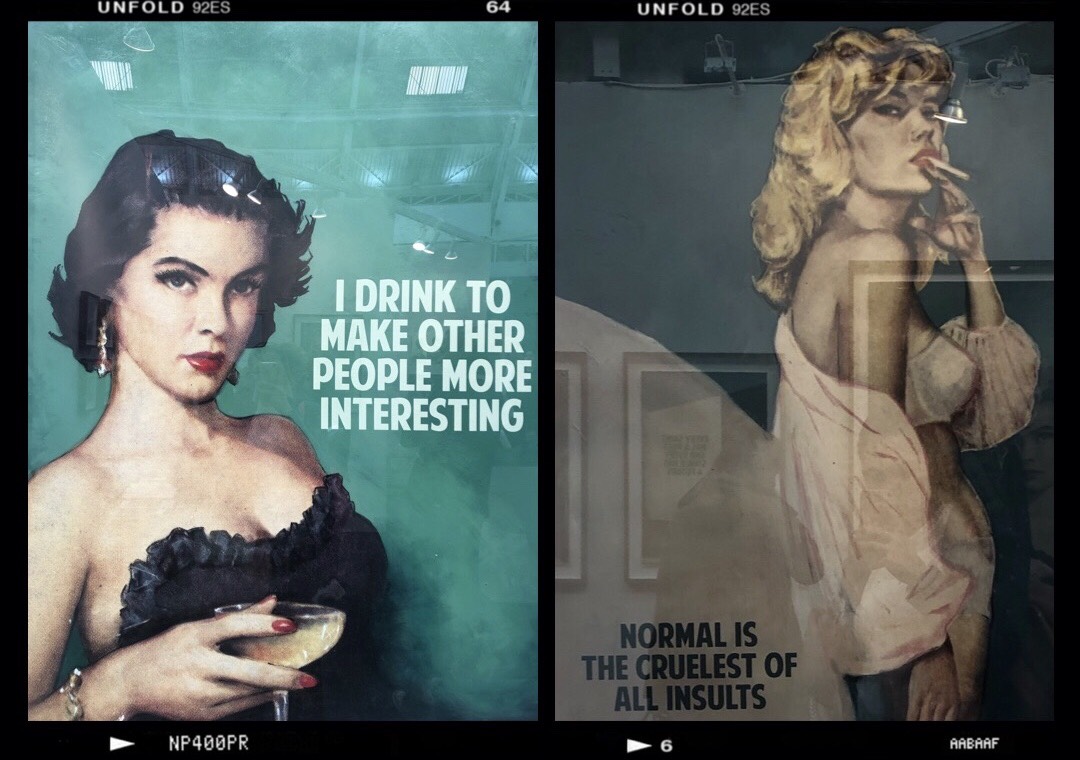 Magda Archer: In a similar vain as (albeit with a completely aesthetic from) the Connor Brothers, Magda Archer darkens her colourful imagery with simple yet thought-provocking statements. I’ve always been very attracted to the contrast between lightheartedness and darkness, I think the results can often be very visually and intellectually appealing. 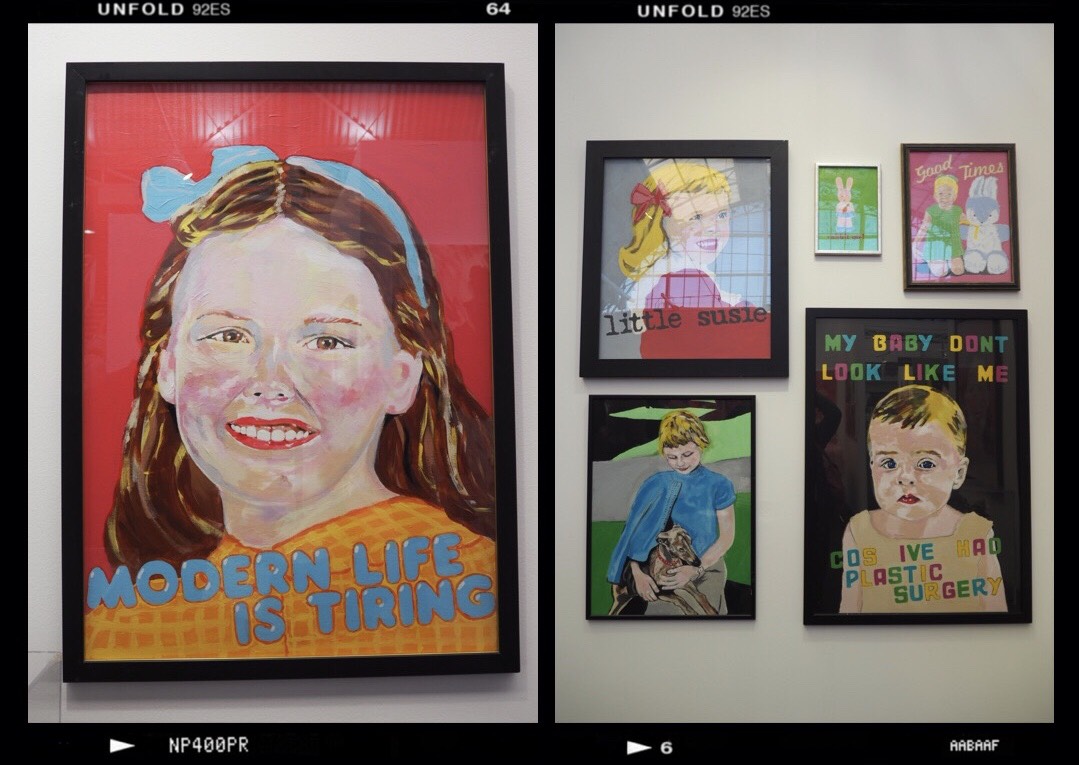 Deborah Azzopardi: I’m a girl’s girl and I love women, which is probably why I love vibrant images of females that also speak to my fashionable inclinations. And hence why I would love Deborah Azzopardi’s work on my wall. 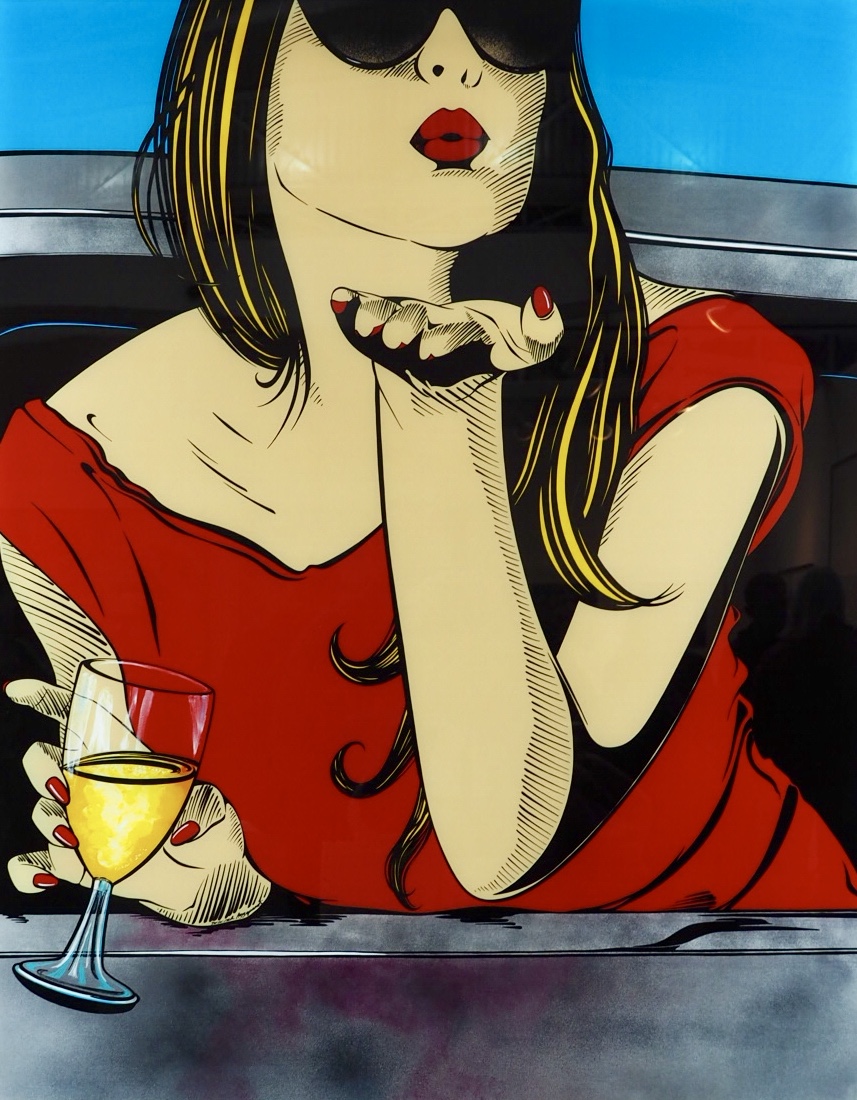 Ian Berry: I just think this guy’s work is awesome – he made these images out of recycled denim! Isn’t that amazing? 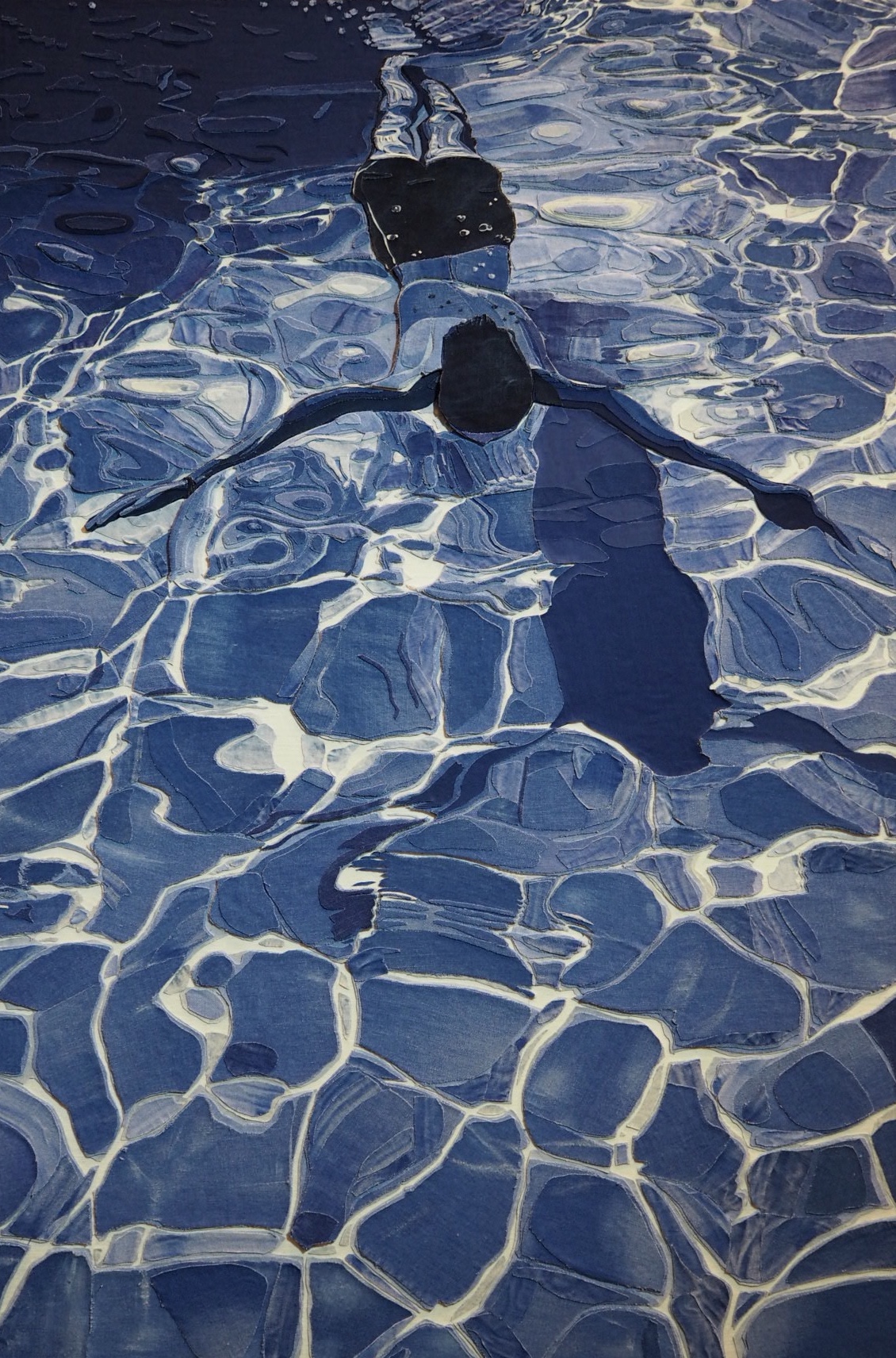 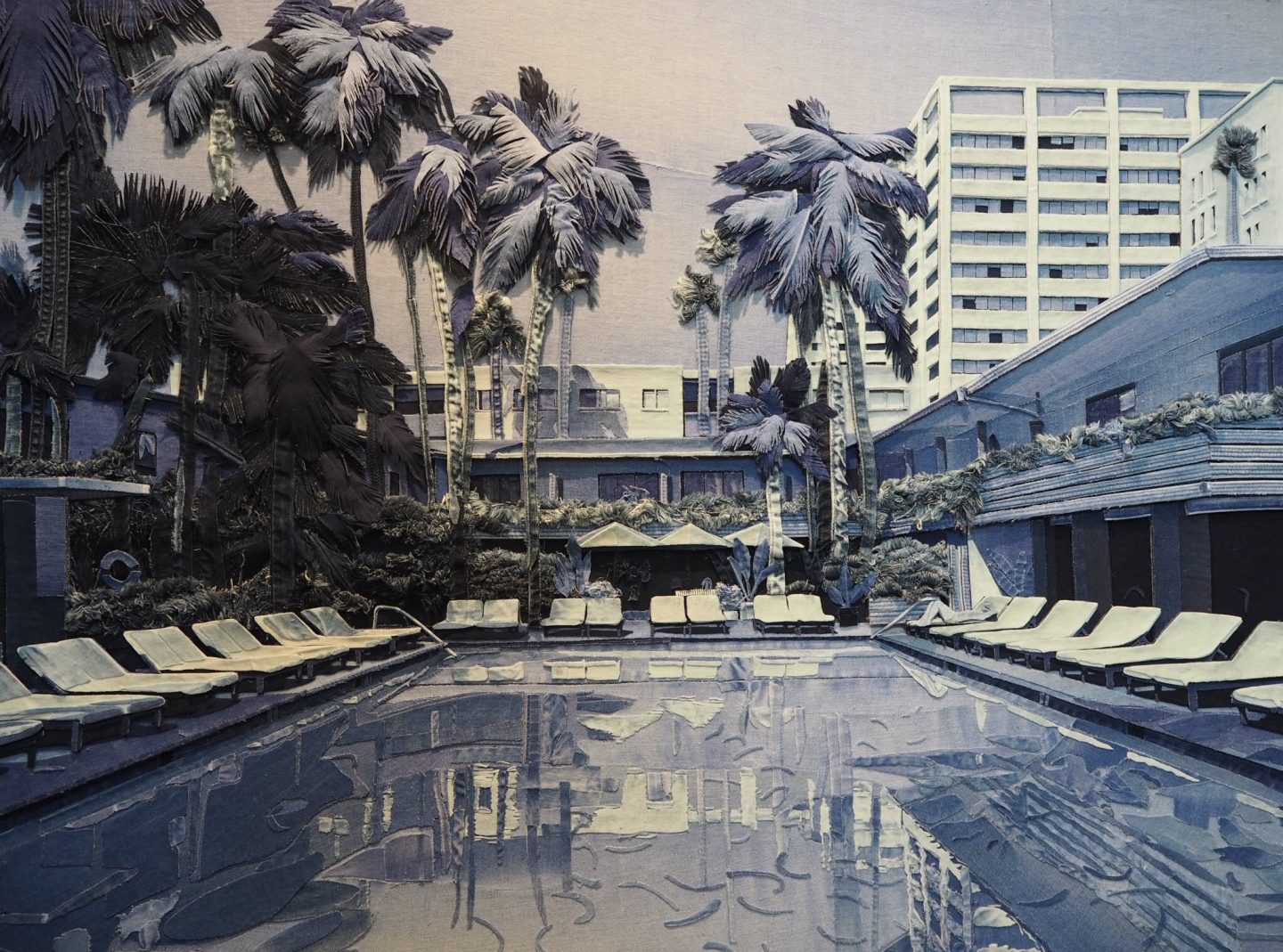 Kelly Reemtsen: Female imagery with an odd twist that’s both colourful and different – how could I not love Reemtsen’s work? 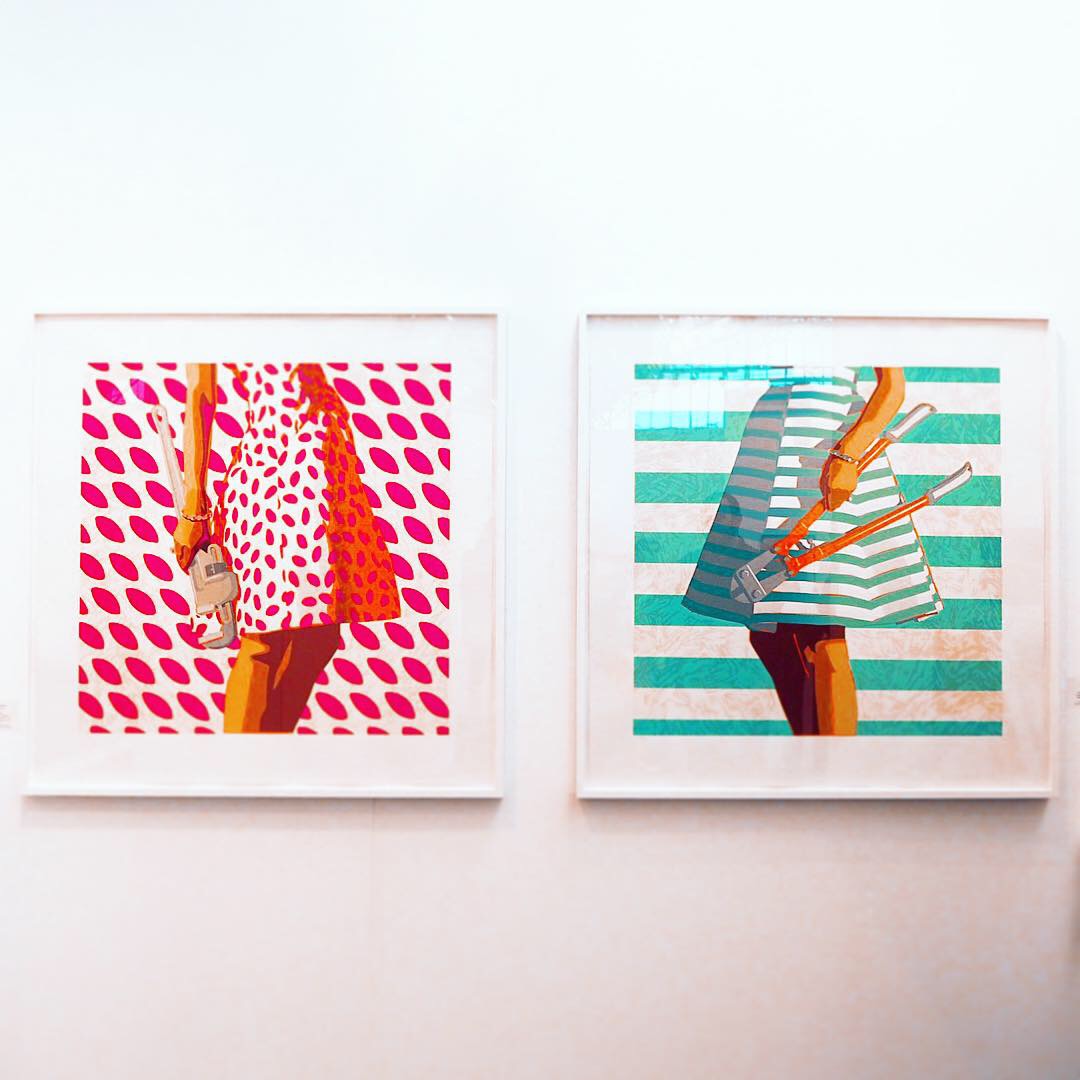 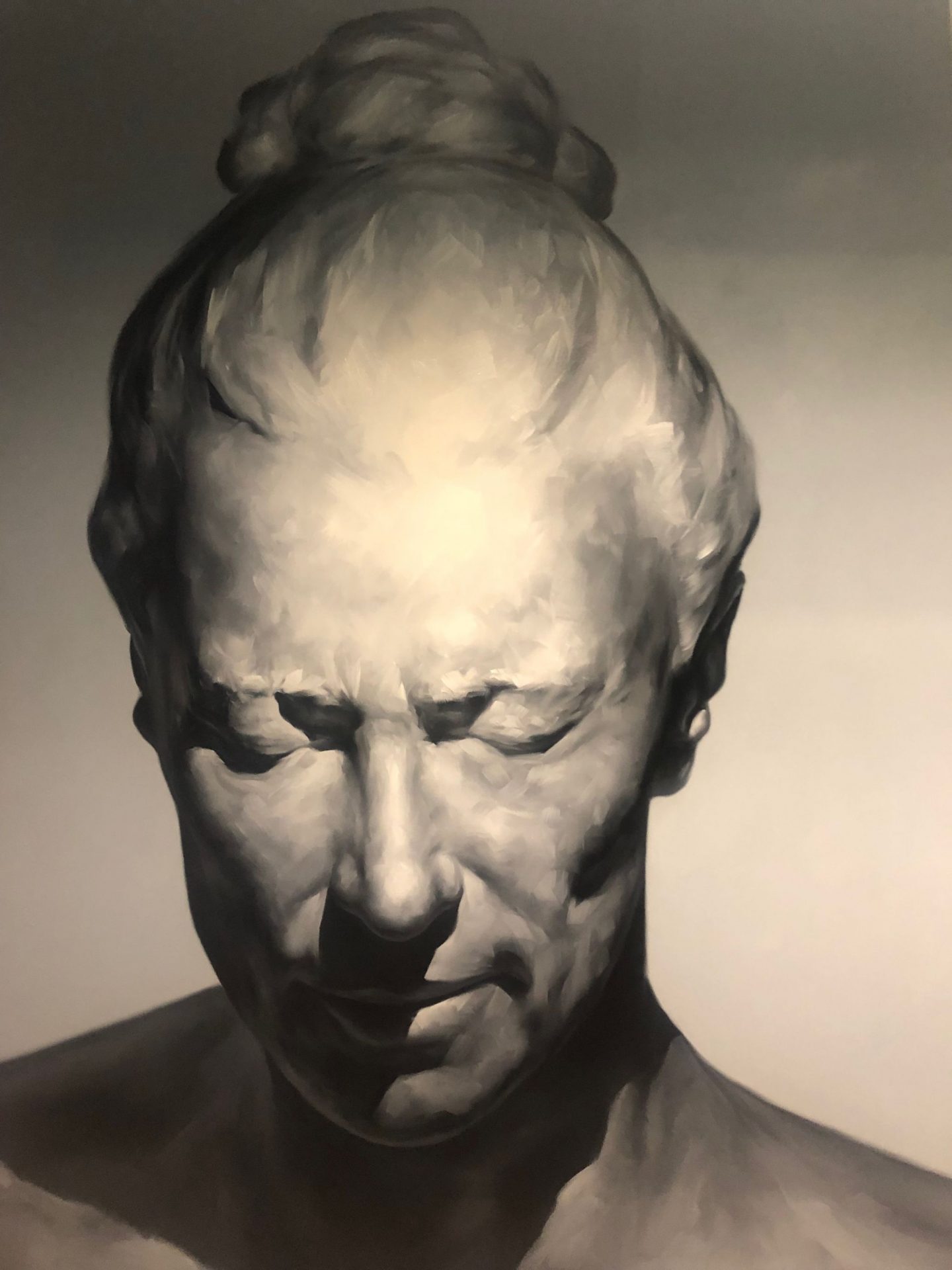 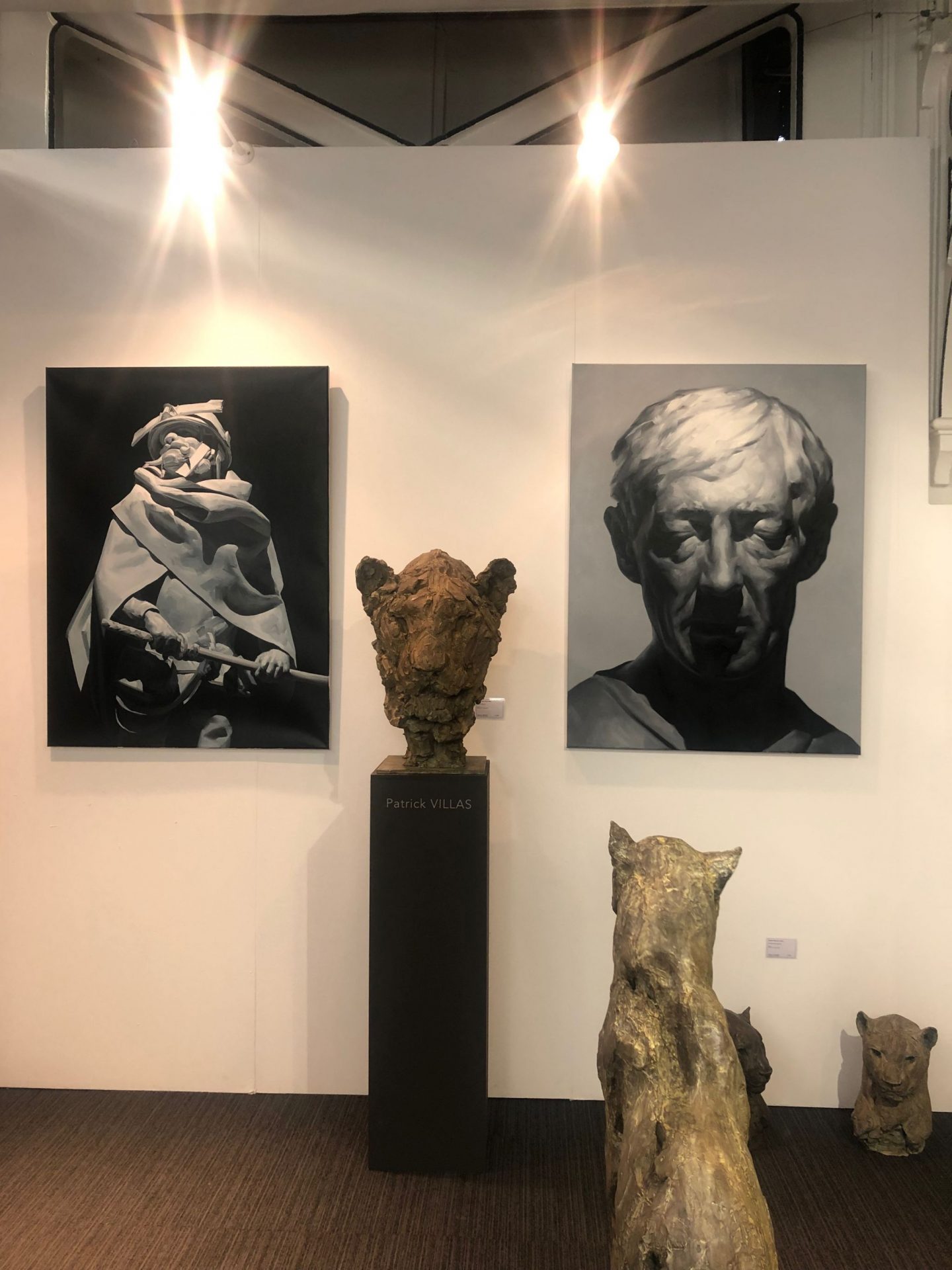 Cynthia Corbett Gallery: This gallery had a ton of cool artists on show (such as Deborah Azzopardi and Nicolas Saint Gregoire) – simple. 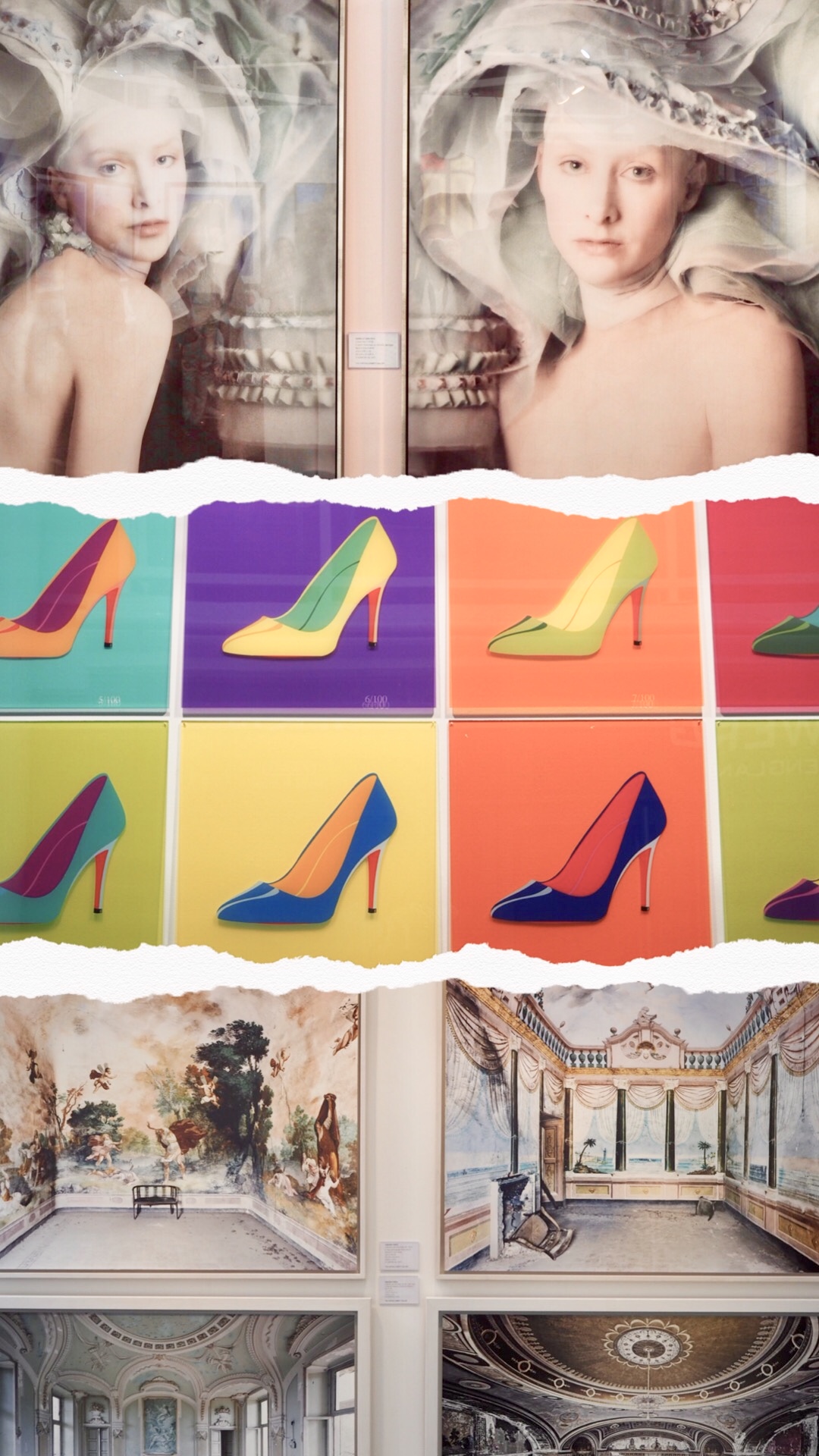 Tag Fine Arts: As the name suggests, this art dealing and publishing house had a very hip and easy-on-the-eye selection of contemporary art (including Sebastian Burdon’s balloon dogs). 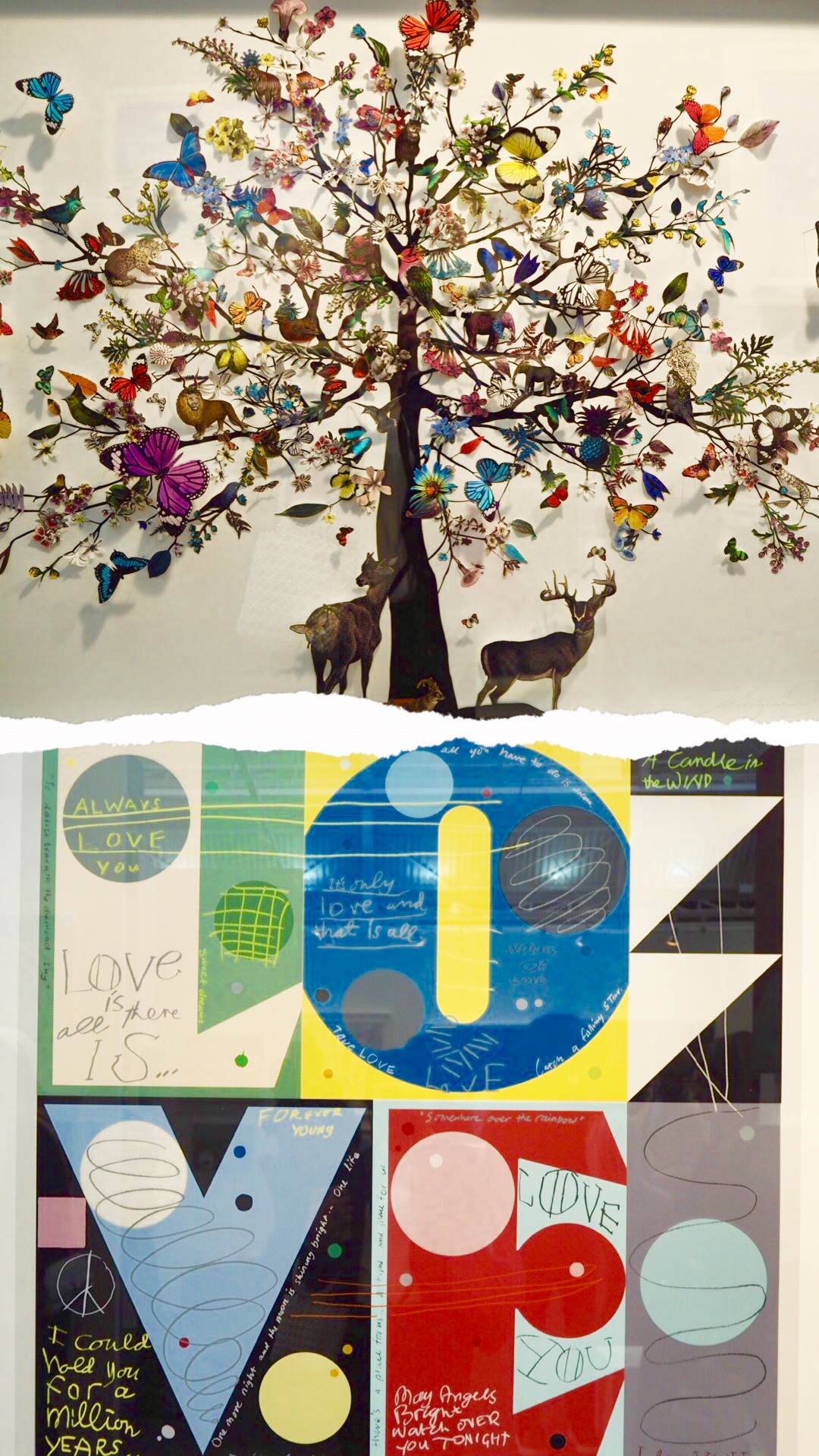 Jealous Gallery: In a similar fashion to Tag Fine Arts, Jealous Gallery was just bursting with unapologetically fun art, such as Sara Pope, one of my favourite contemporary artists. 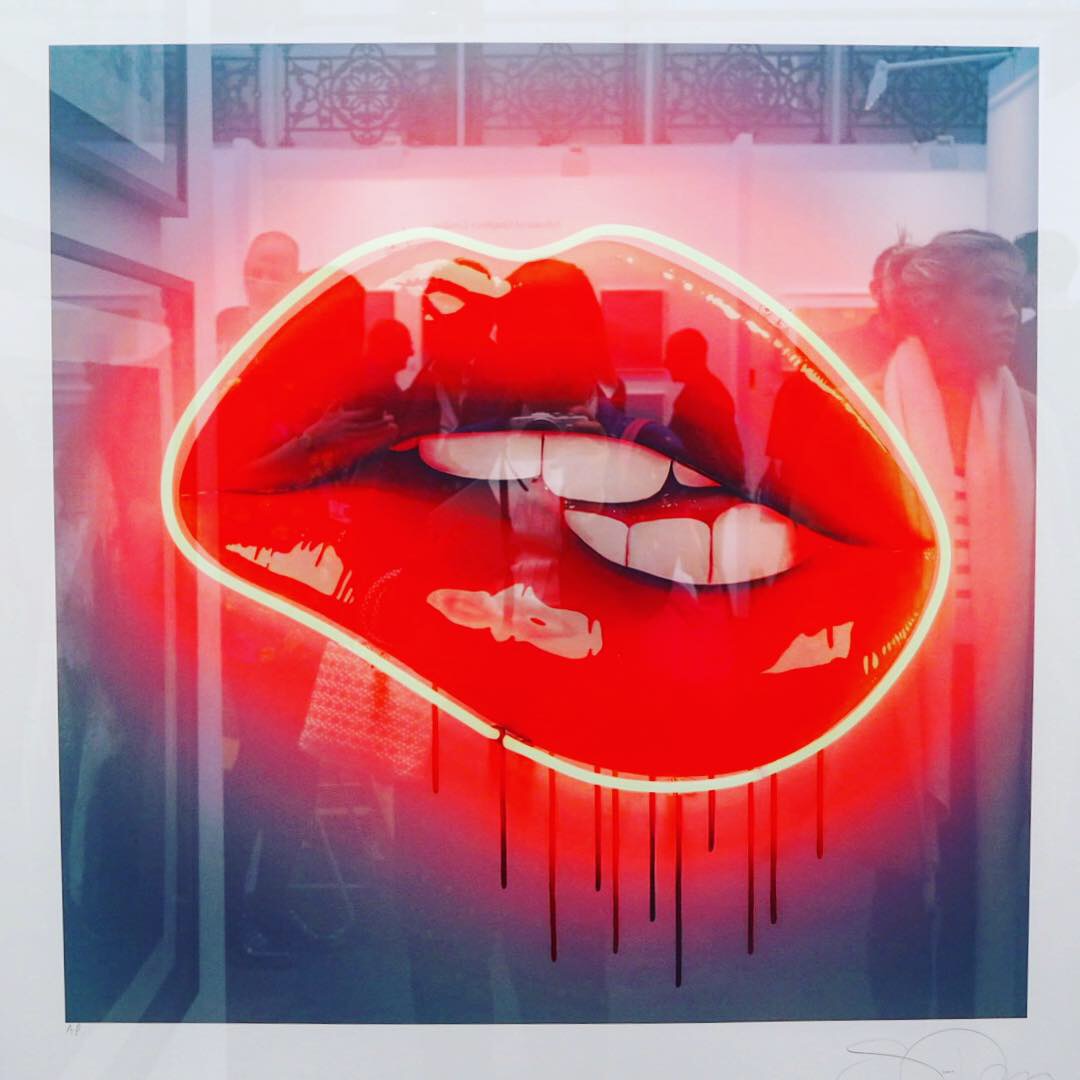 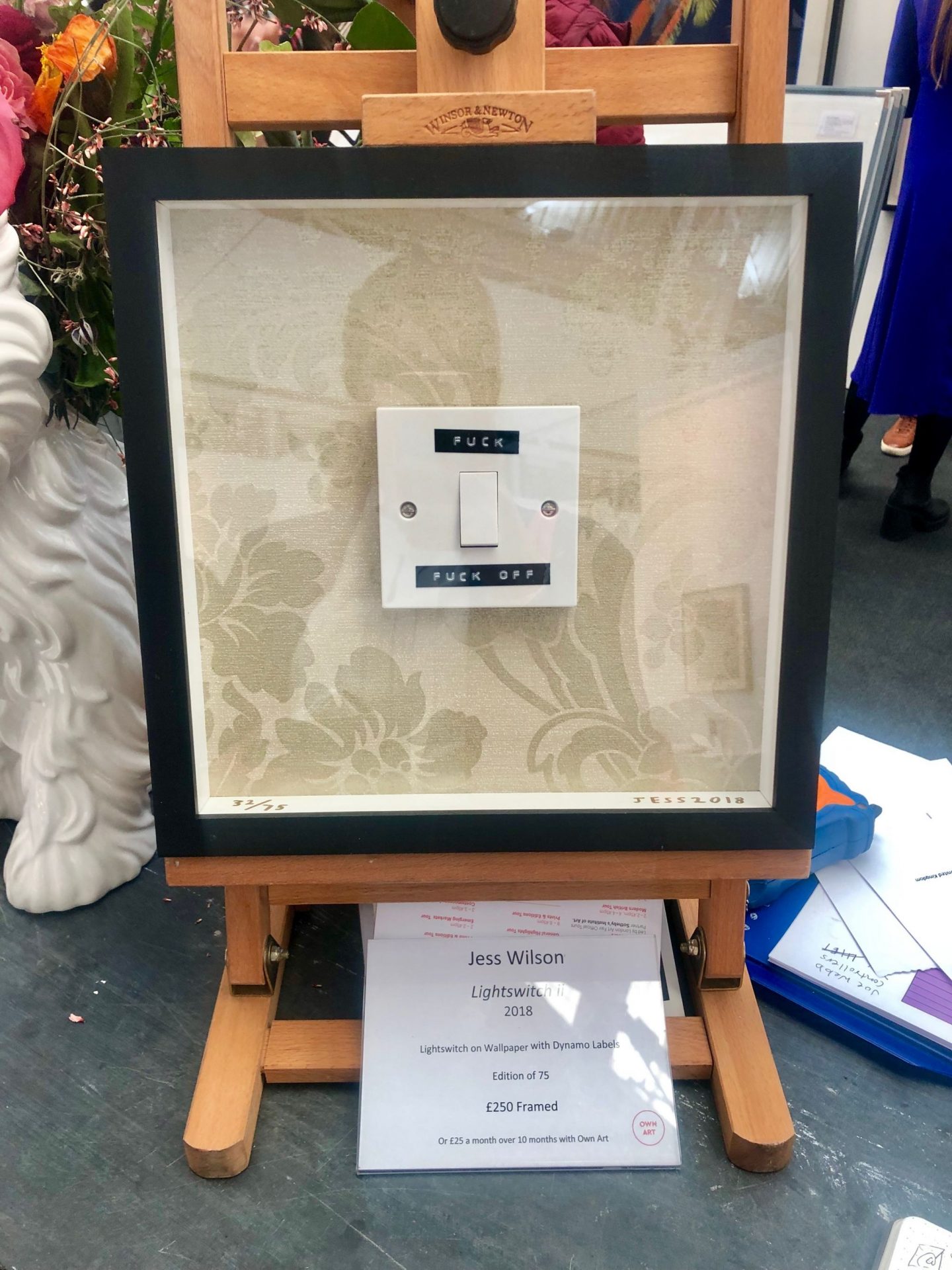 Portal Painters: This place was an absolute dream for me, as it specialises in figurative art with at times a humorous and/or surrealist feel (that is where I discovered Lizzie Riches). 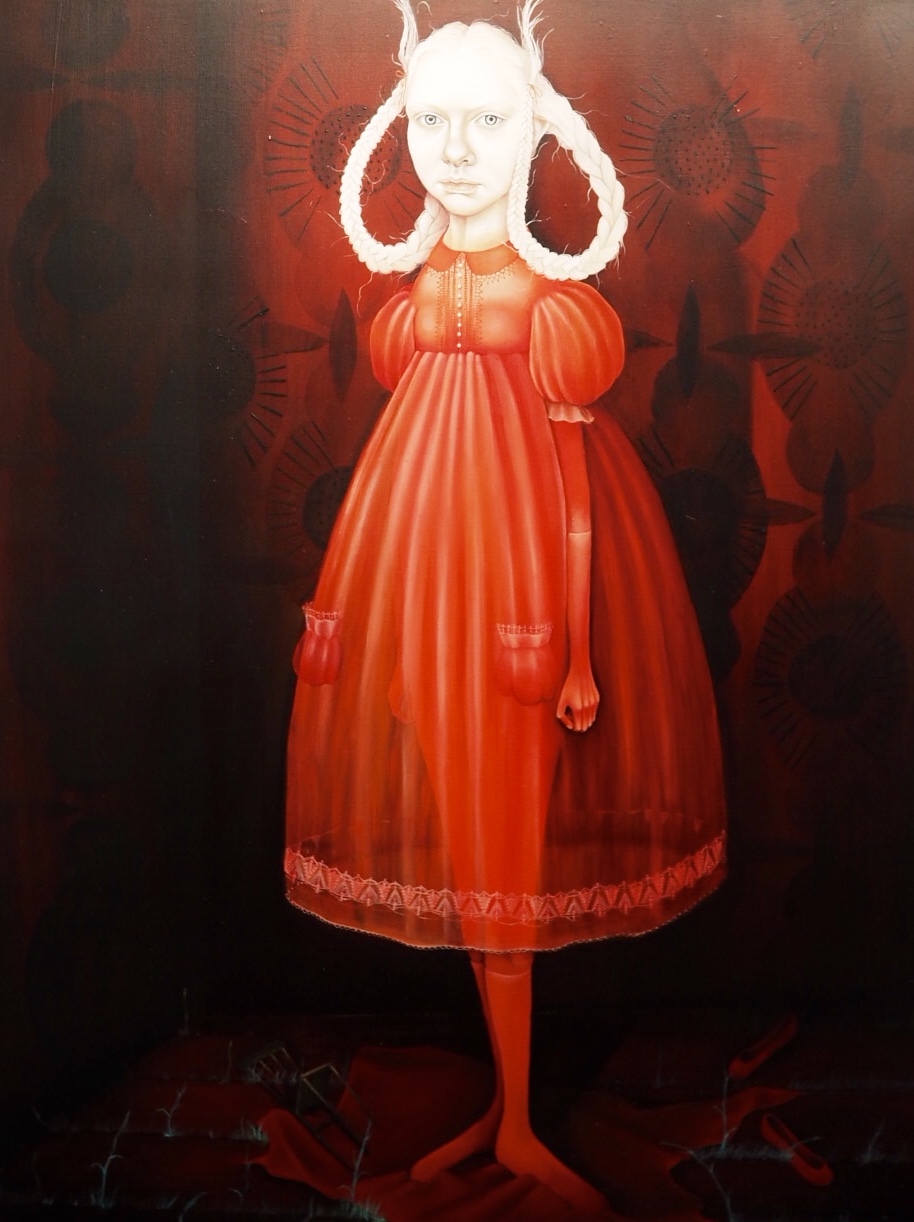 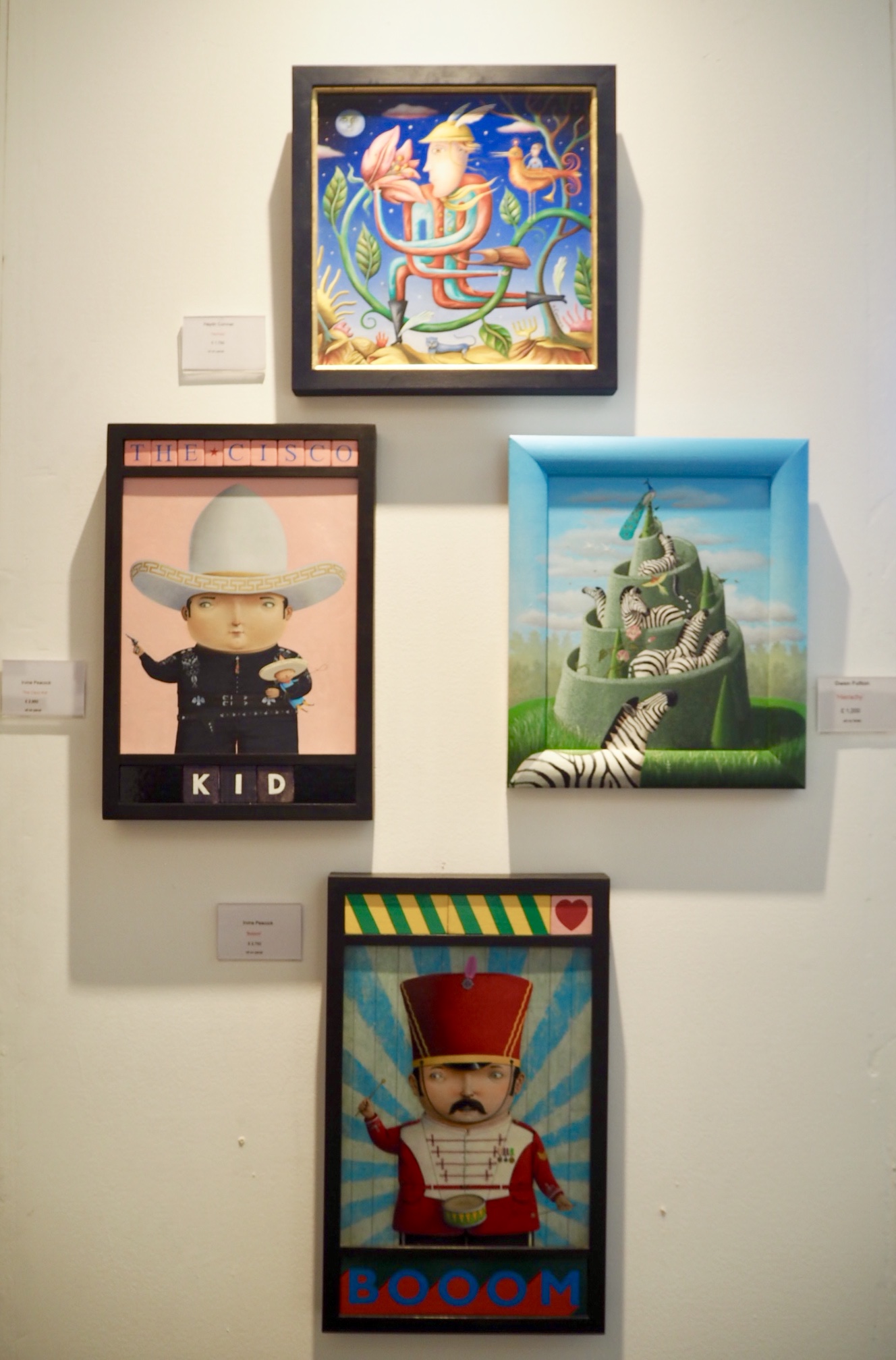 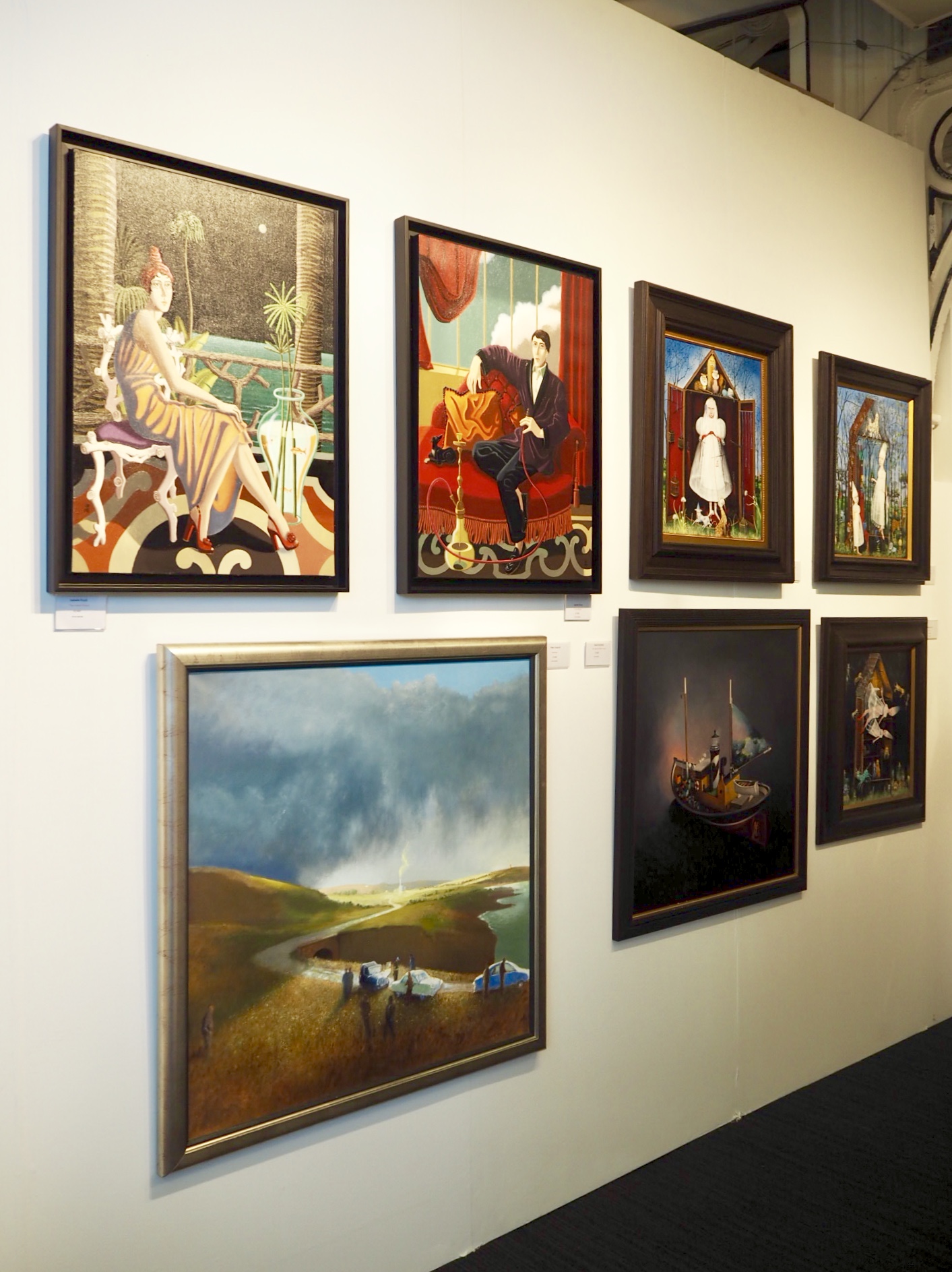 Galerie Bayart (Paris): The first thing I noticed about this gallery was how beautifully displayed it was (so much so that I felt ‘compelled’ do a little video for my Insta stories) and how all the artworks complemented each other perfectly, showcasing the artist Yoann Merienne’s work (as well as other artists) in a really striking way. 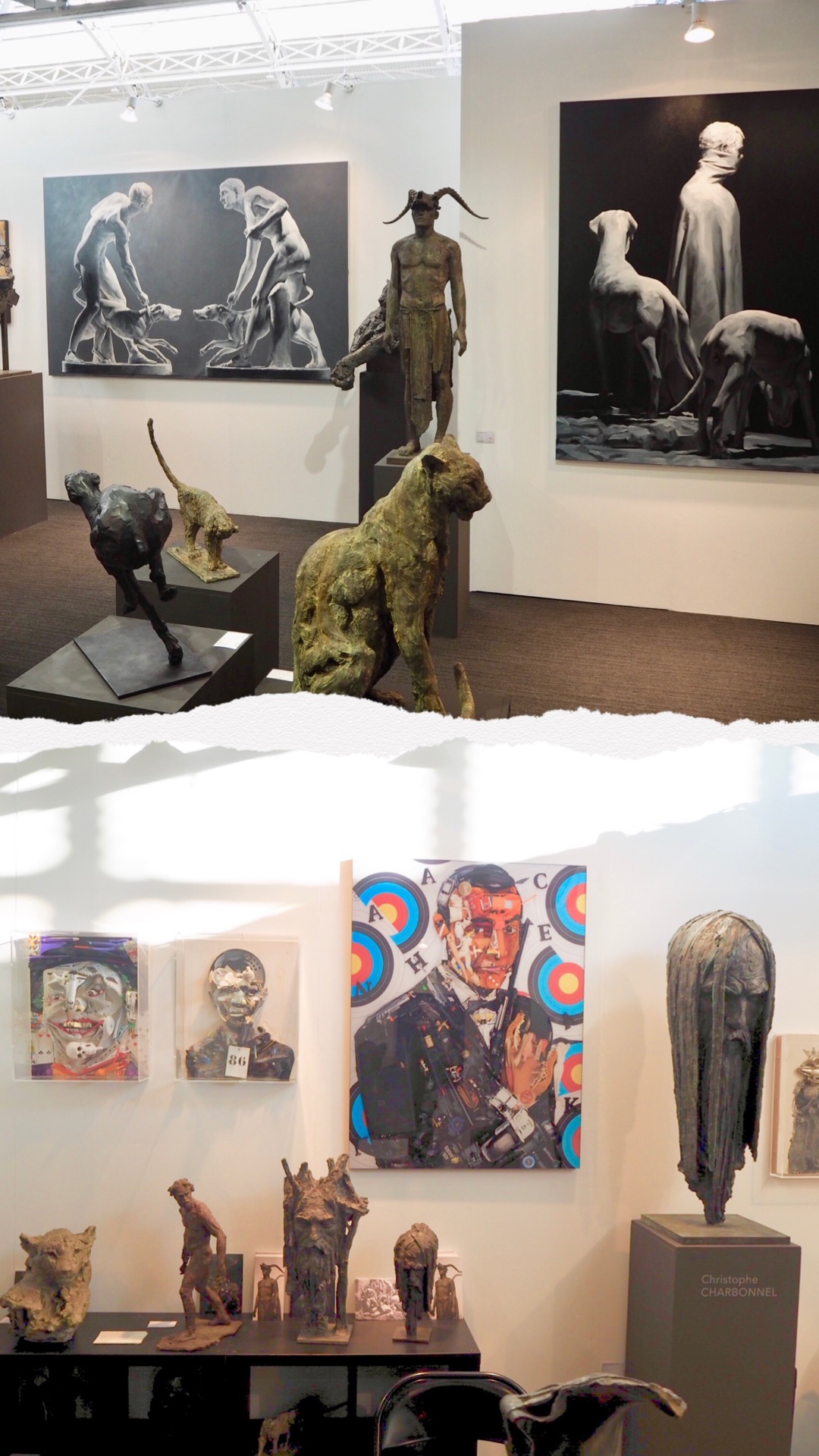 Venet-Haus Galerie (Neu-Ulm): Situated right next to Cynthia Corbett Gallery, Venet-Haus was so edgy it (almost) hurt due to sharing work from The Connor Brothers and Van Ray. 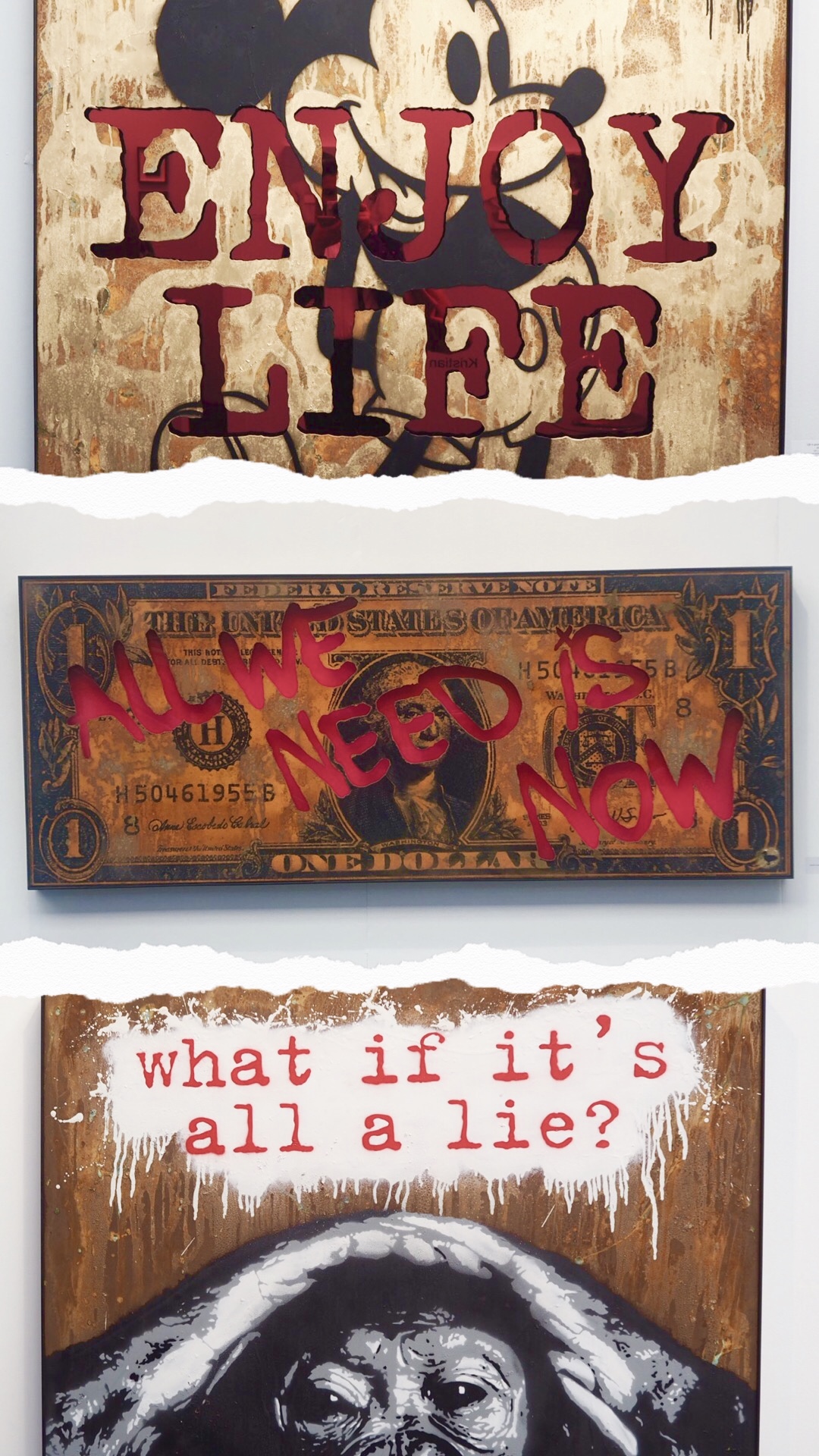 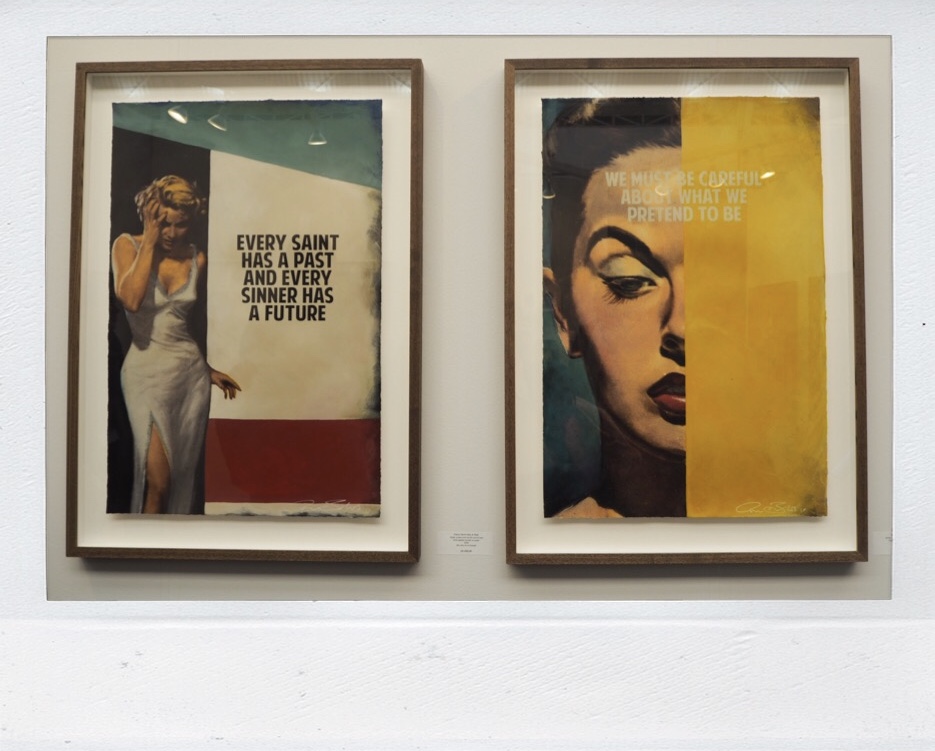 Artworks by The Connor Brothers.

Rebecca Hossack Gallery: I have to say that it was this gallery’s beautiful layout what really struck me – its beautiful blue walls were the perfect backdrop for the hilariously clever work of artist Philip Shaw. 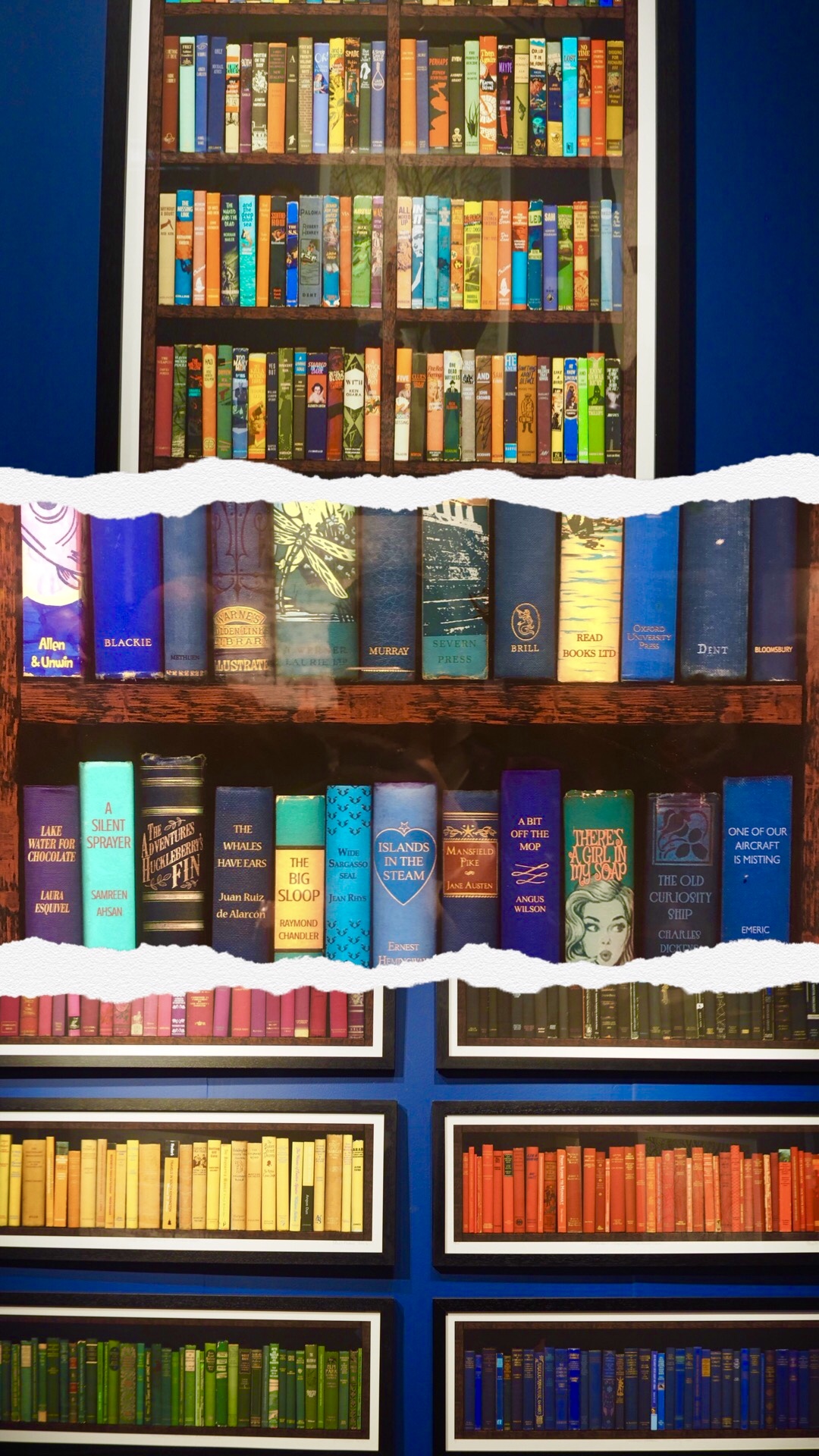 Katrine Levin Galleries: The almost interactive feel of this gallery, thanks to the figurines in this installation called “Storming” by Alexander Shishkin-Hokusai, is what made it stand out. 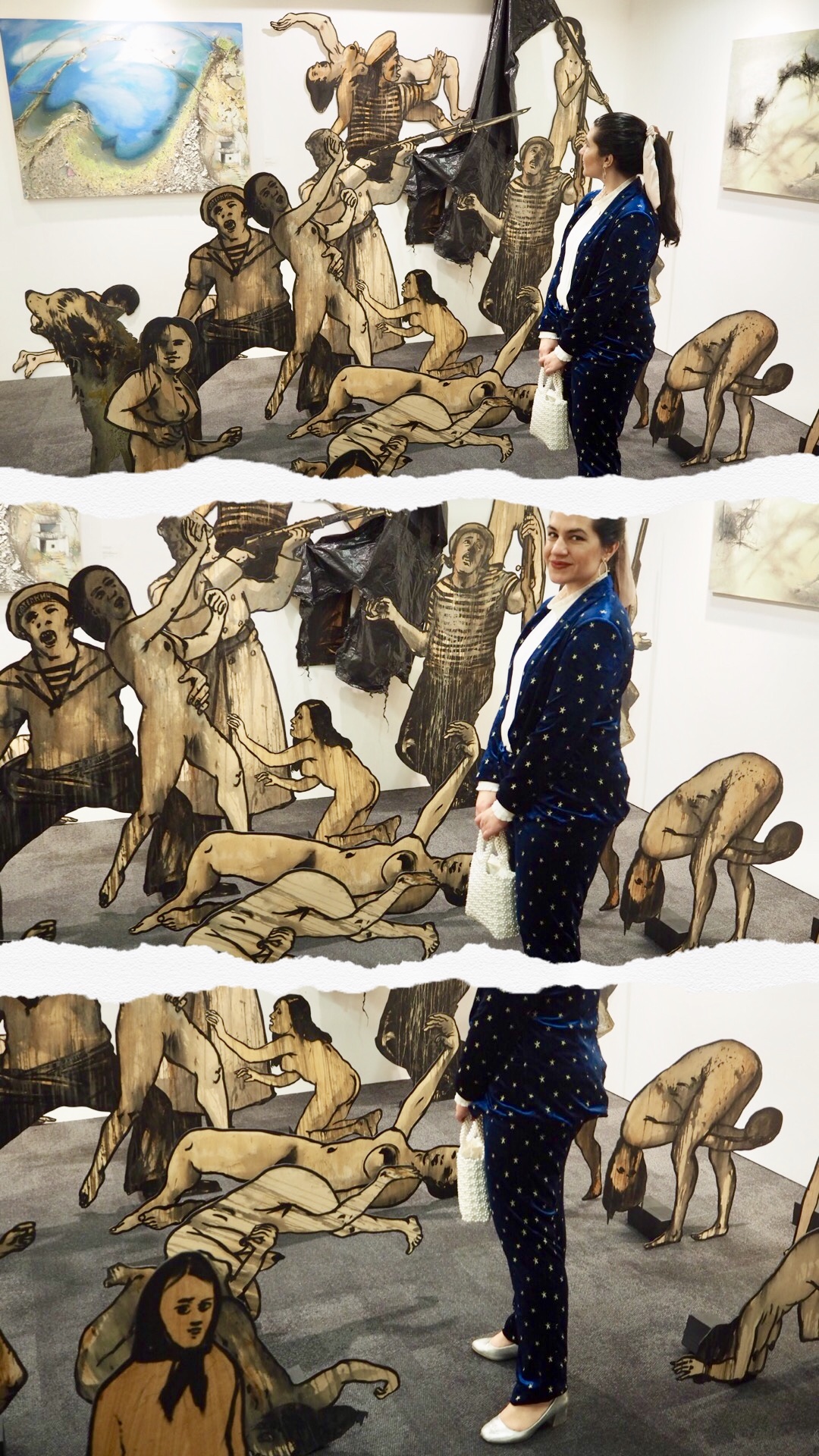 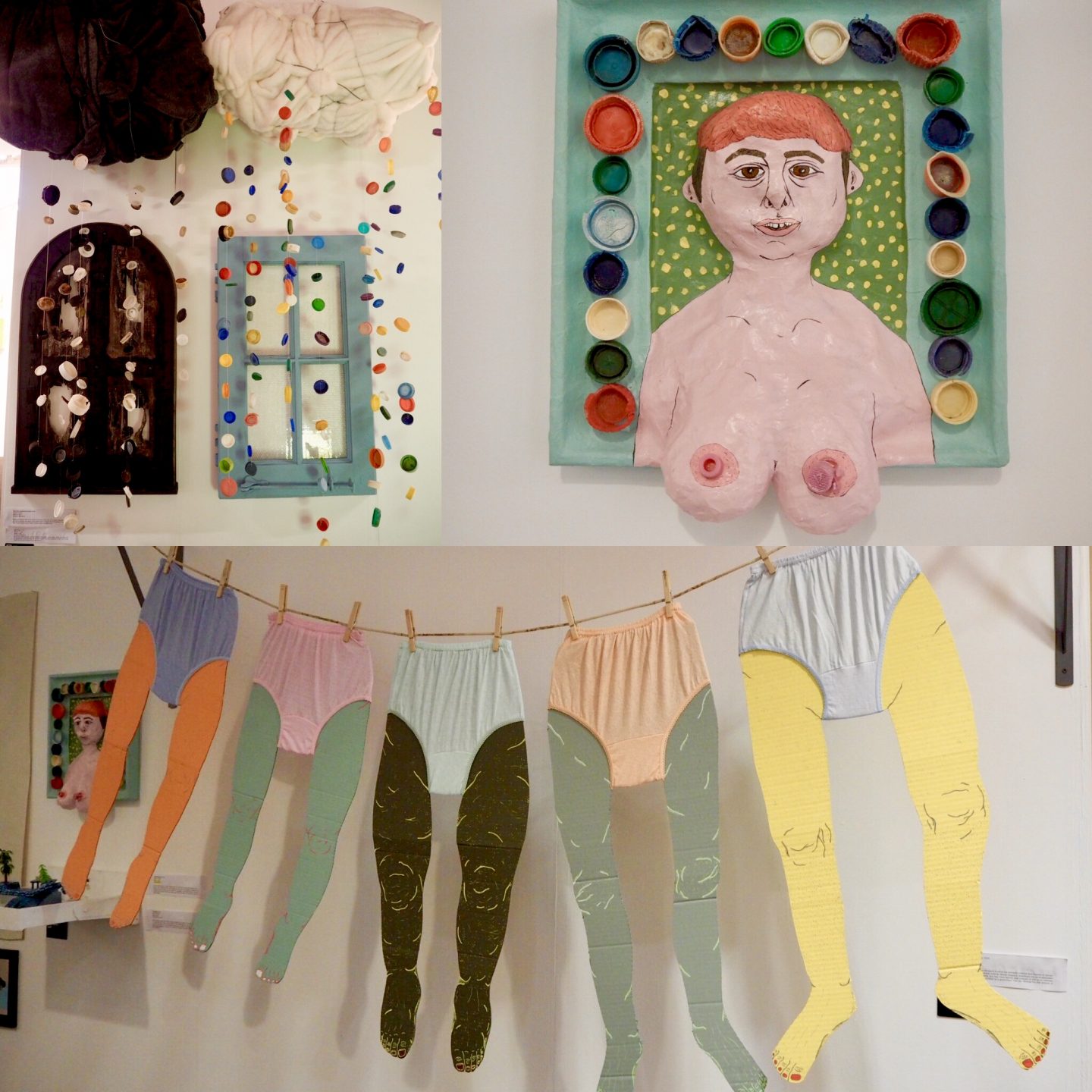 JGM Gallery: Full of colourful and mixed-media artworks that were reminiscent of the early stages of Pop Art, I loved some of the pieces that JGM Gallery was showcasing. 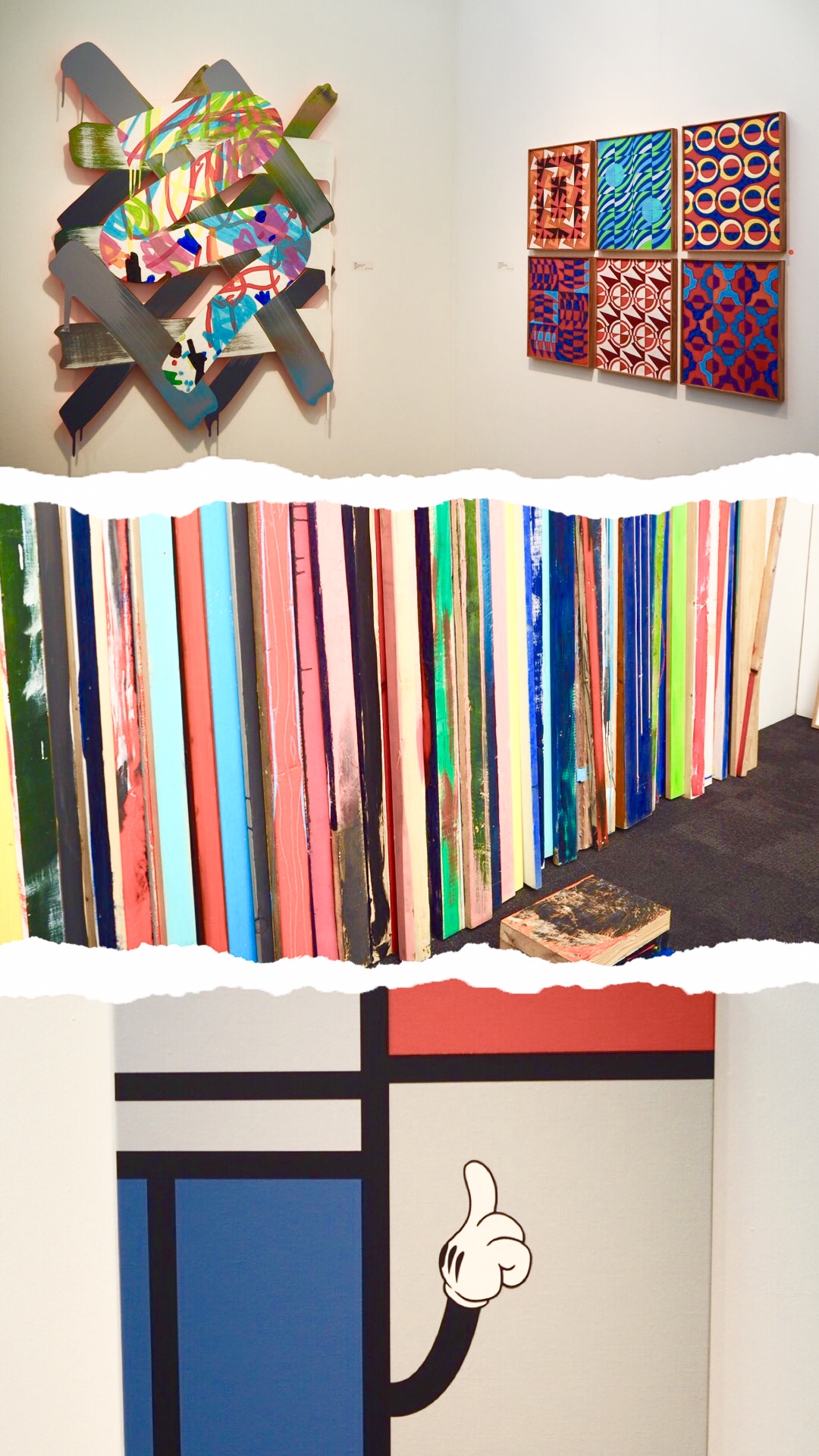 And that’s a wrap! As you can probably imagine, this was a very platonic event for me, as there is no way I could afford any of this art (LOL-ing at the brief moment I thought that one very nice piece I saw was £52 when it was actually £5,200). But I’m still thrilled that I got to see it anyway, as it was such a dream to be able to walk around so much art for hours (you really need to be there a whole day) and hours. And I hope this can inspire you too! Just because you can’t buy into something doesn’t mean you can’t enjoy it – London is full of galleries that are open to all, so not take advantage of this and soak up some art? In fact, art is everywhere – it’s just a matter of looking! 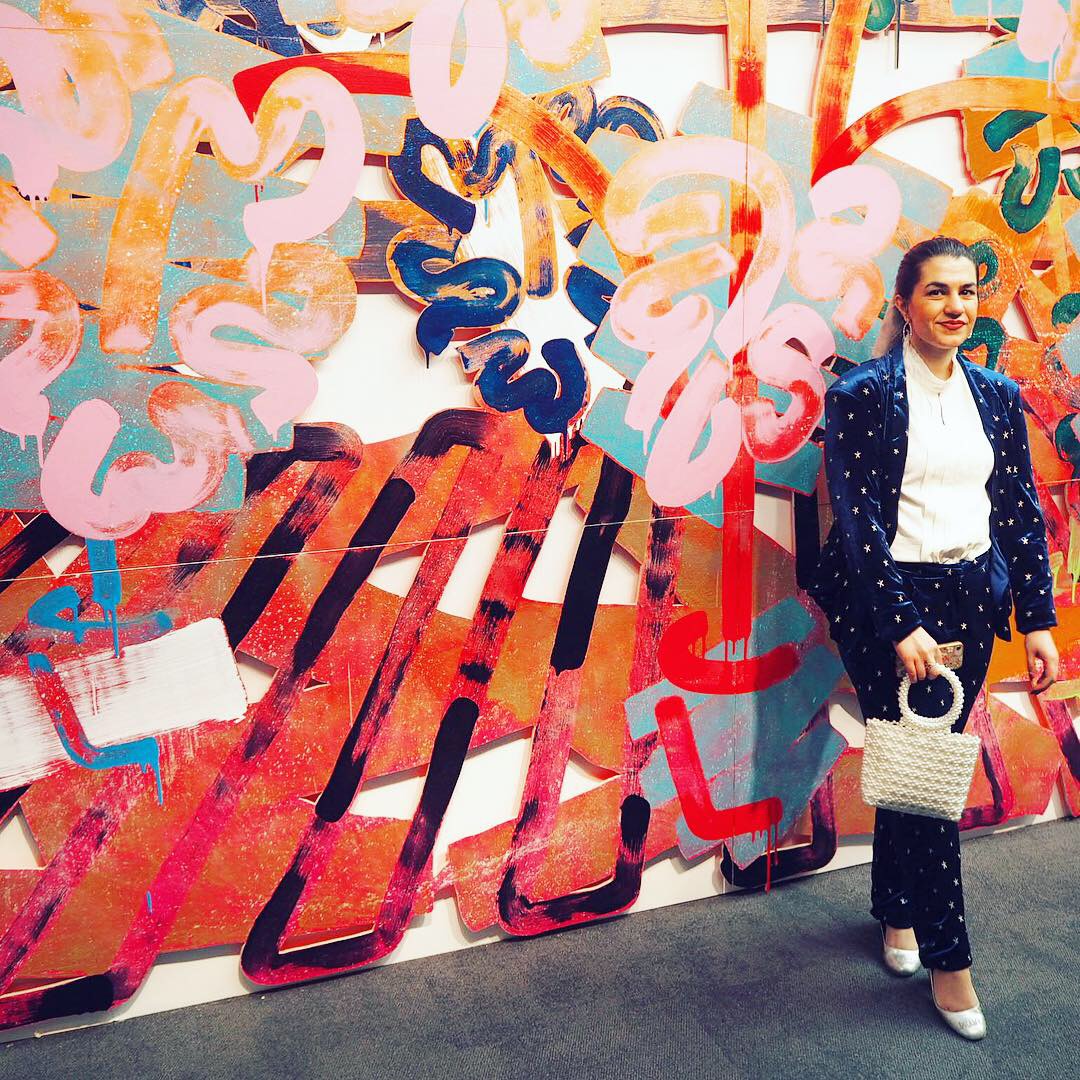 Pictures taken on January 20th, 2018 at the Islington Business Design Centre, London by ©Vanessa Zaree – please do not use any of these pictures without my permission!