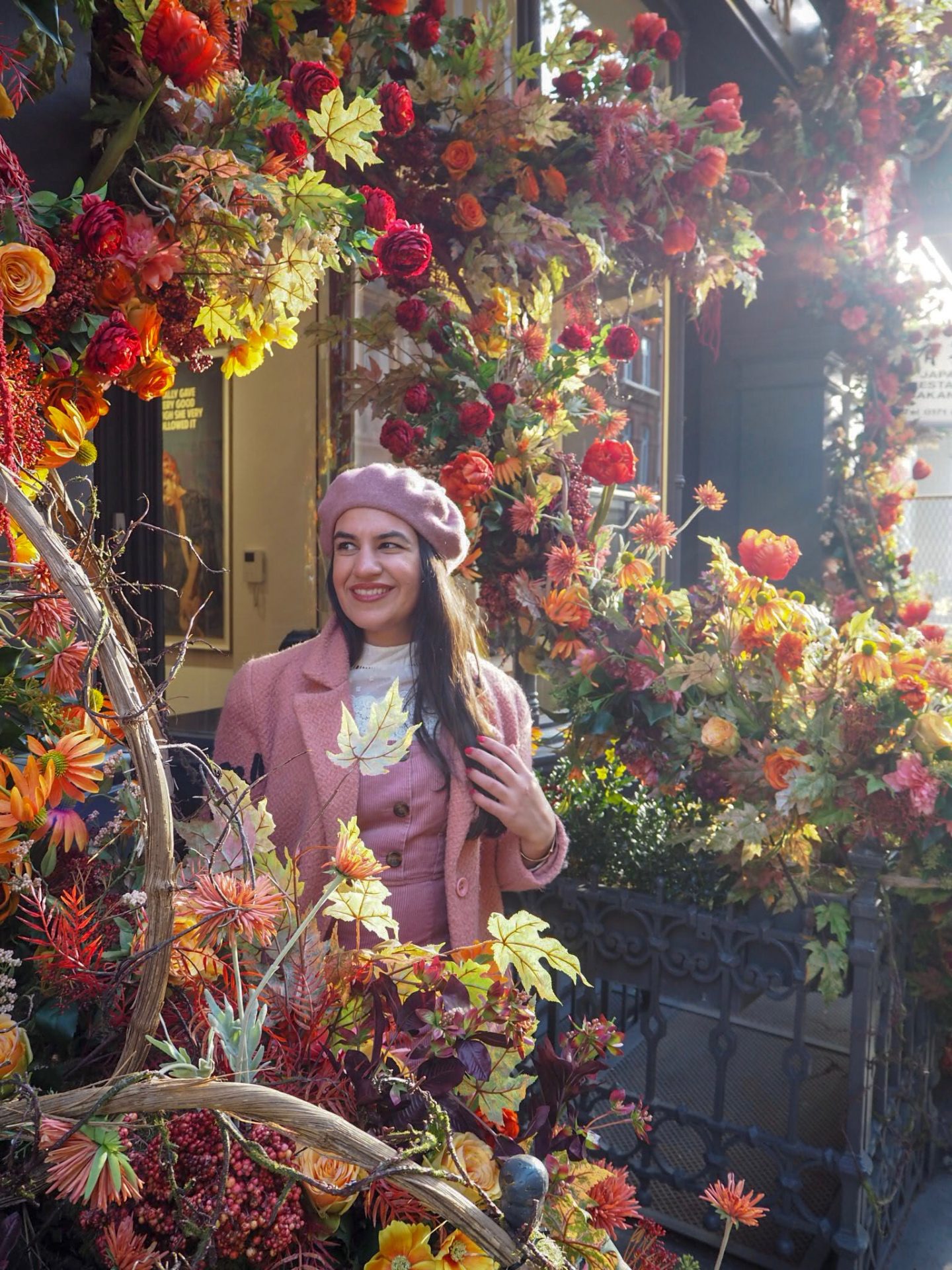 It’s become somewhat of a tradition for me to do a “What I wore for my Birthday” post for the past few years, but one of the main reasons I really couldn’t give this year’s B-day outfit post a miss was because I’ve had to wait six years to finally be able to honour one of the cutest Taylor Swift songs by Taylor Swift ever, 22. If you don’t know what the hell I’m talking about, Tay Swift brought out a song in 2012 called 22 – the main lyrics of the song go like this:

OK, so 32 is not quite the same as 22, but as my mum loves to say, age is just a number. And while we’re on the topic of Ms Swift (and age), I do want to talk a little bit more about music, specifically another song called 22. A few years before Taylor Swift brought out her cheery song (and by the way, she was not 22 when the song was released), a very different pop star, Lily Allen, came out with her very own 22. And, unsurprisingly, the message and lyrics in Allen’s song had a much darker (and quite frankly, depressing) undertone:

“When she was 22 the future looked bright
But she’s nearly 30 now and she’s out every night
I see that look in her face, she’s got that look in her eye
She’s thinking how did I get here and wondering why
It’s sad but it’s true how society says her life is already over
There’s nothing to do and there’s nothing to say
‘Til the man of her dreams comes along
Picks her up and puts her over his shoulder
It seems so unlikely in this day and age…”

I love and admire both of these female artists for different reasons, and despite having very different careers and musical styles, I think they both nipped it in the bud with these songs (and have done so on many other occasions). Taylor Swift’s song was about that carefree, hopeful and life-affirming feeling that we can experience throughout our twenties (and yes, even in our thirties – why not?), and Lily Allen talked about that awful despair that a lot of us go through even if we still have our whole lives ahead of us.

For a long time, I felt like I could relate much more to Lily Allen’s 22 – I wasn’t happy with my career, and I longed way too much for true love (if I could change one thing about my past, it would probably be all the times I spent feeling crap about myself because I didn’t have someone – the words “YOU ARE ENOUGH” are so true!). However, I so wanted to be more Taylor and less Lily… 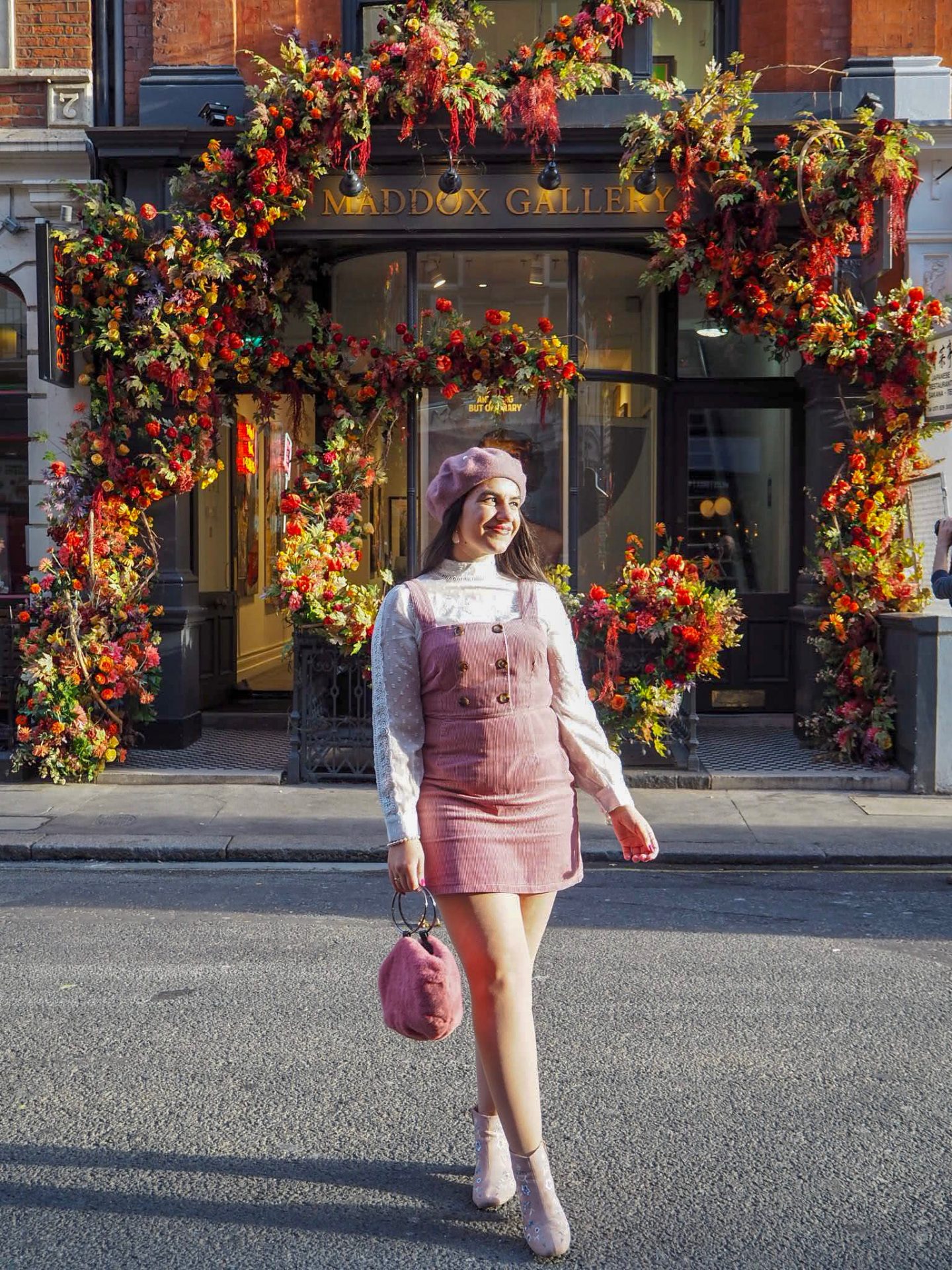 Last year, I wasn’t in the best place during my birthday, and very much sounded like a Negative Nelly in last year’s birthday post. It was a moany post, but I needed it! And guess what, 2018 has been a tough year too (I gave a little insight as to why here), but, as I turned the big 3-2 last week, I feel like overall I can say that I’m in a better place now than I was this time last year. Optimism doesn’t come naturally to me, but it’s something I’m working on (because there’s an optimist in me somewhere) and life really is precious. 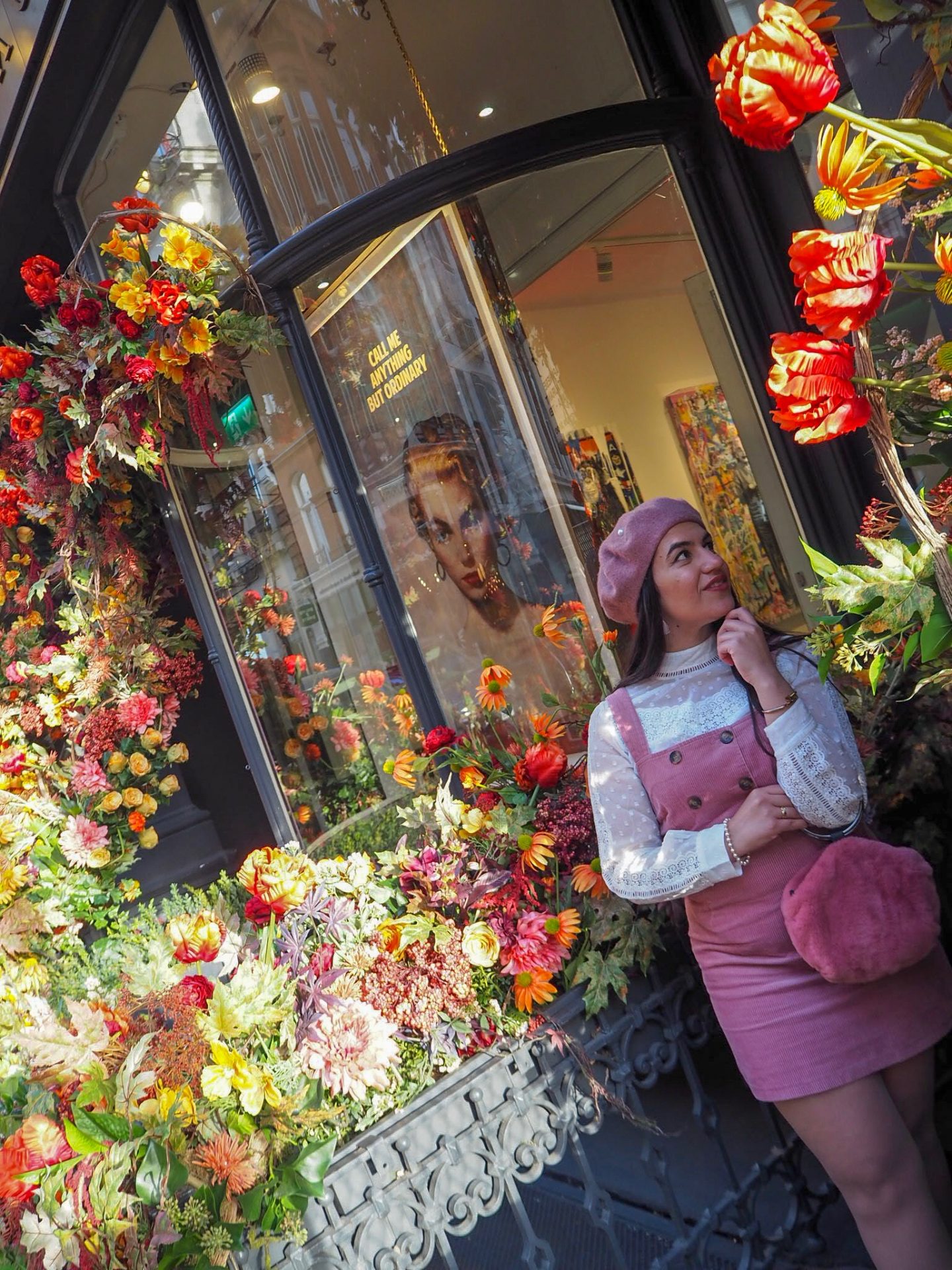 So, can I say I’m relating more to Taylor Swift’s 22? Well, I don’t really party like a 22 year-old as such, but I’m going to Glastonbury Festival next year so I’ll have a chance to relive my twenties there! So yes, I’m no longer as gloomy as Lily Allen’s 22. 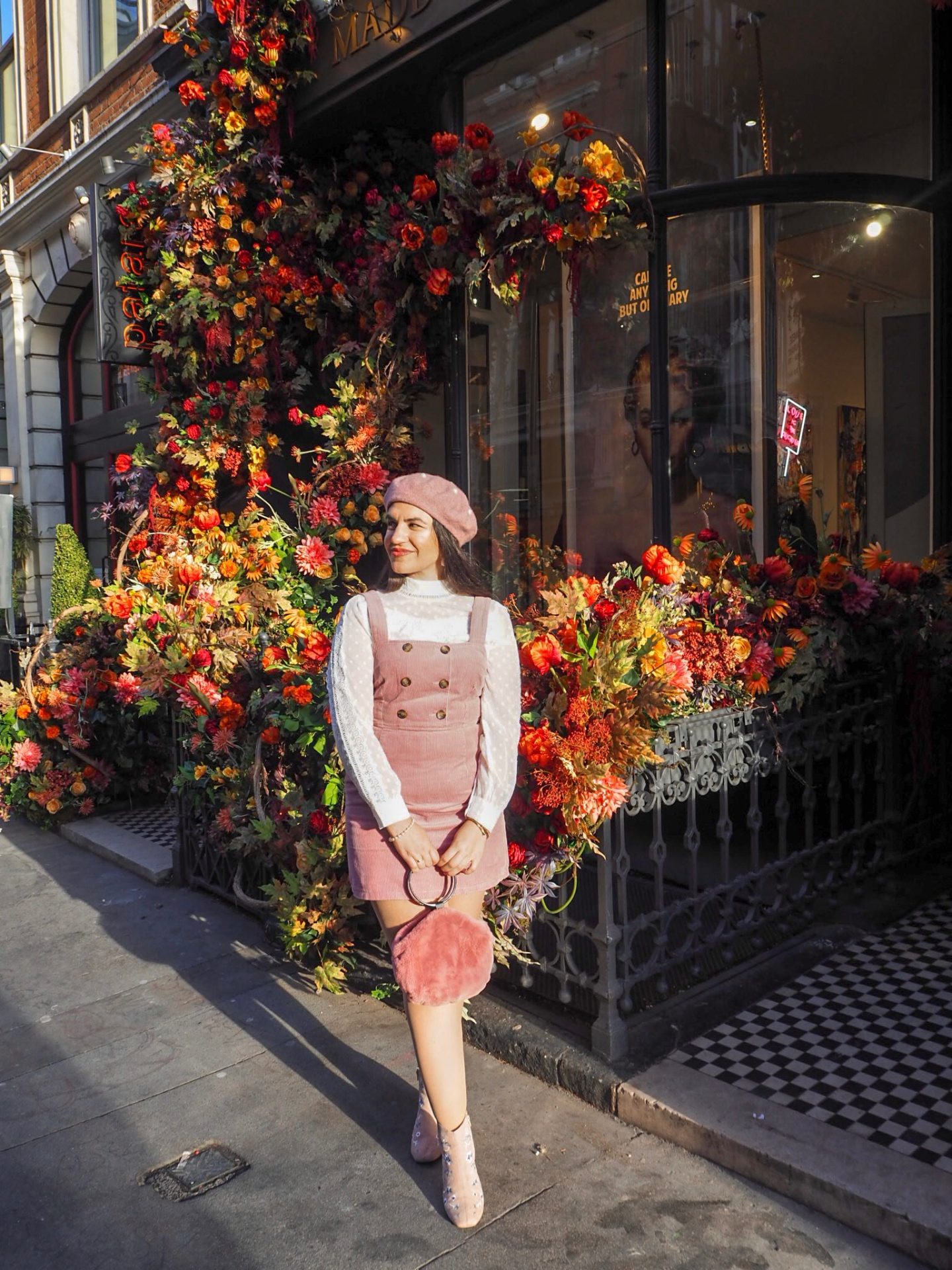 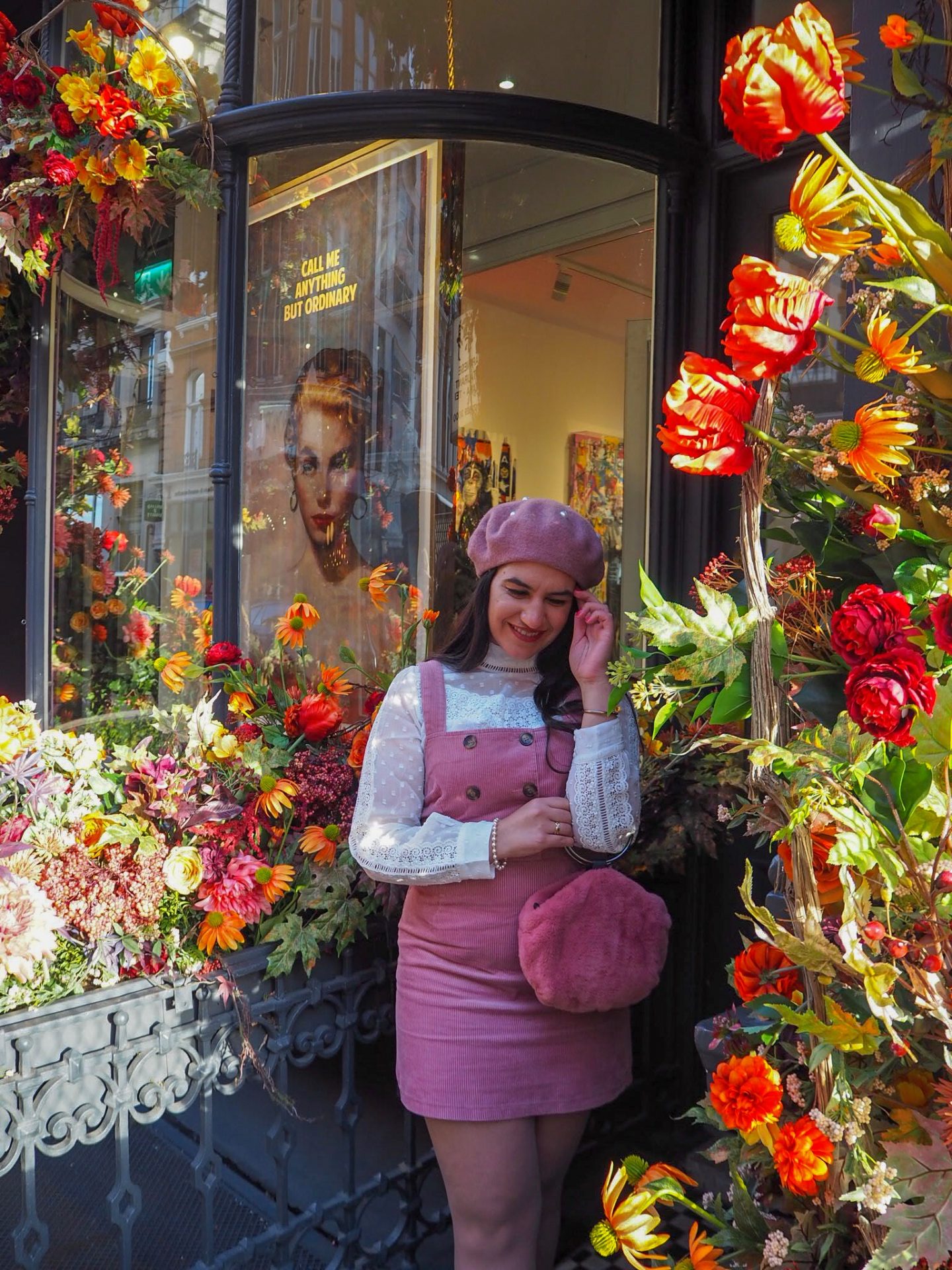 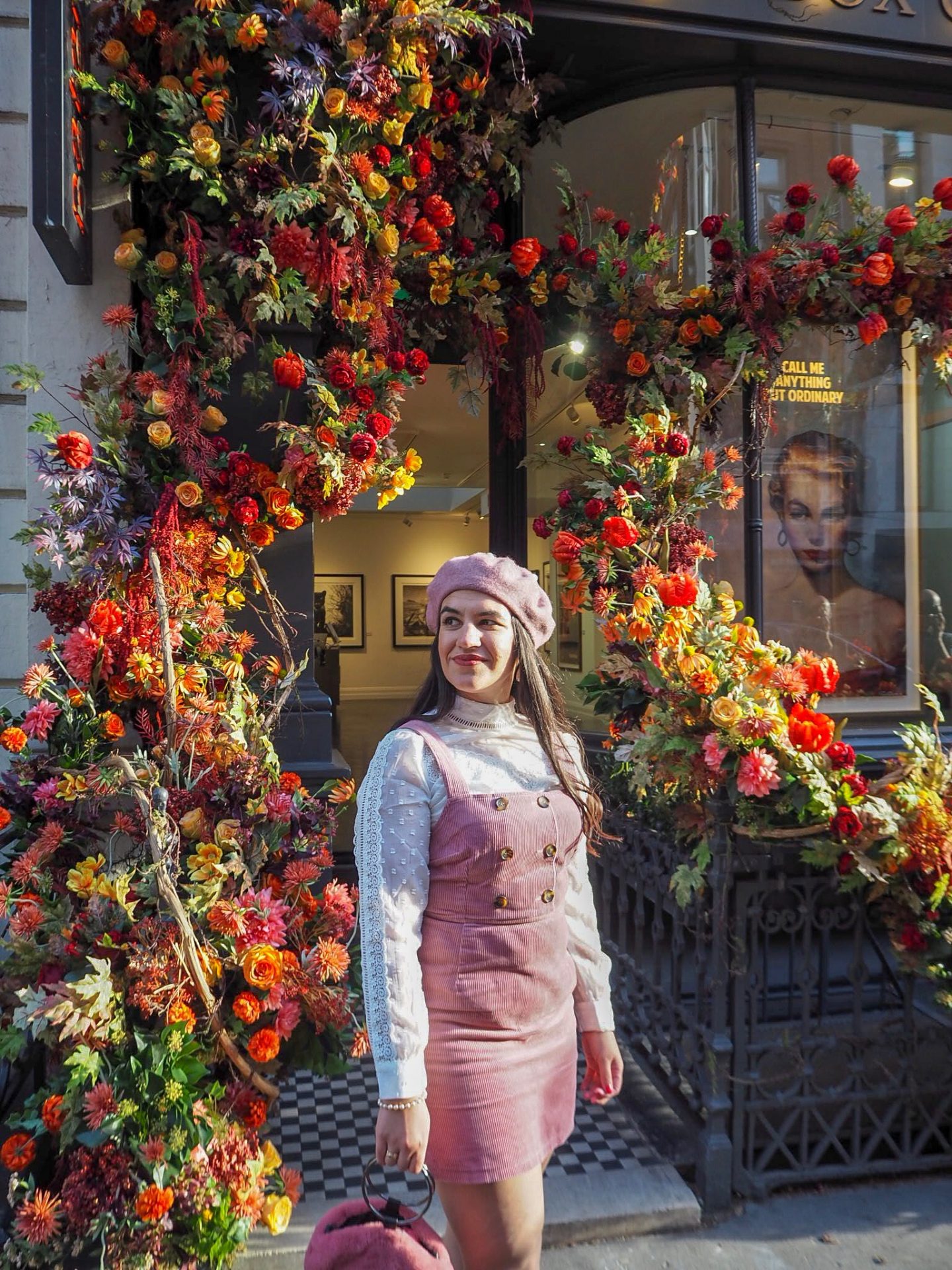 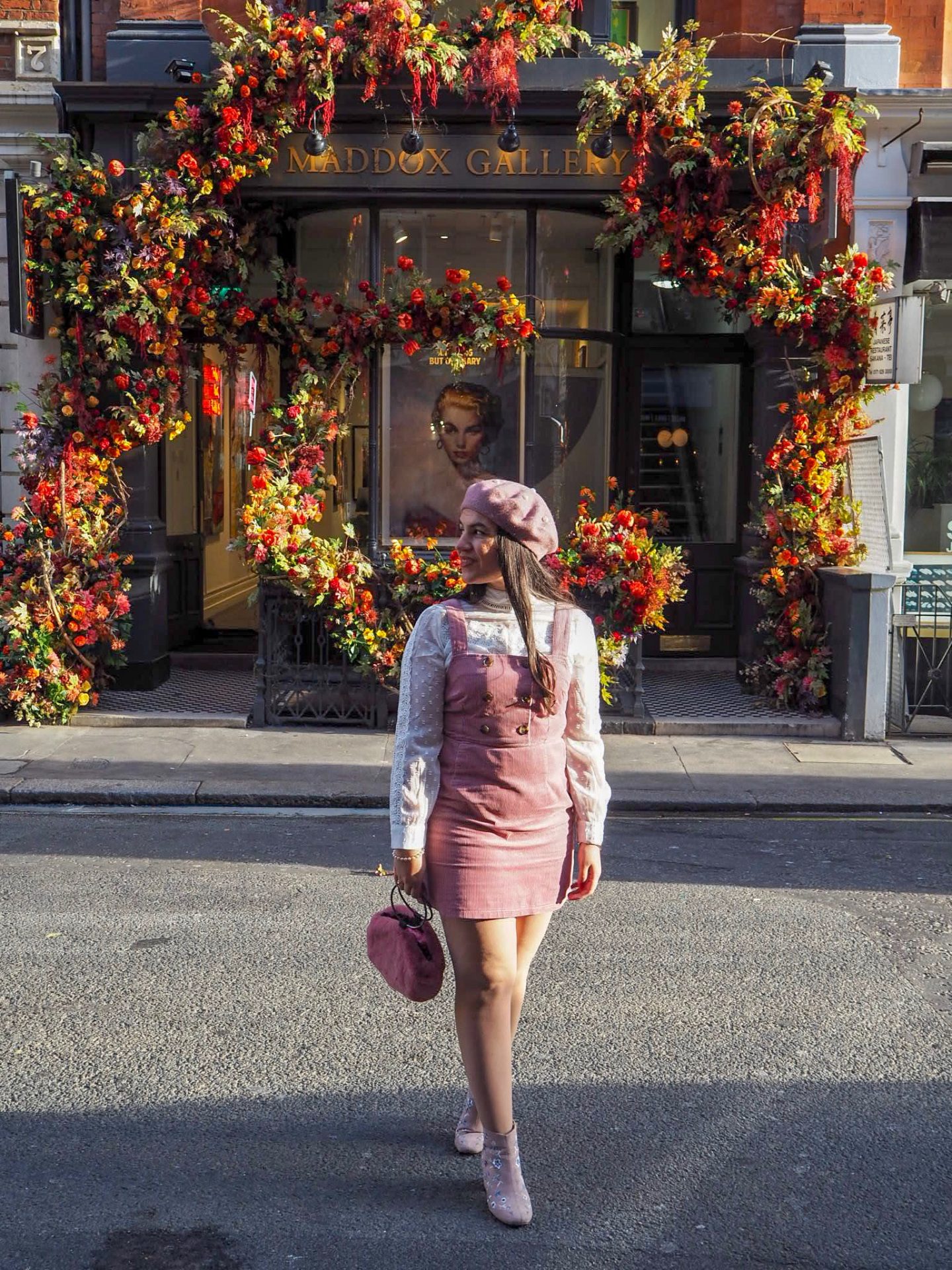 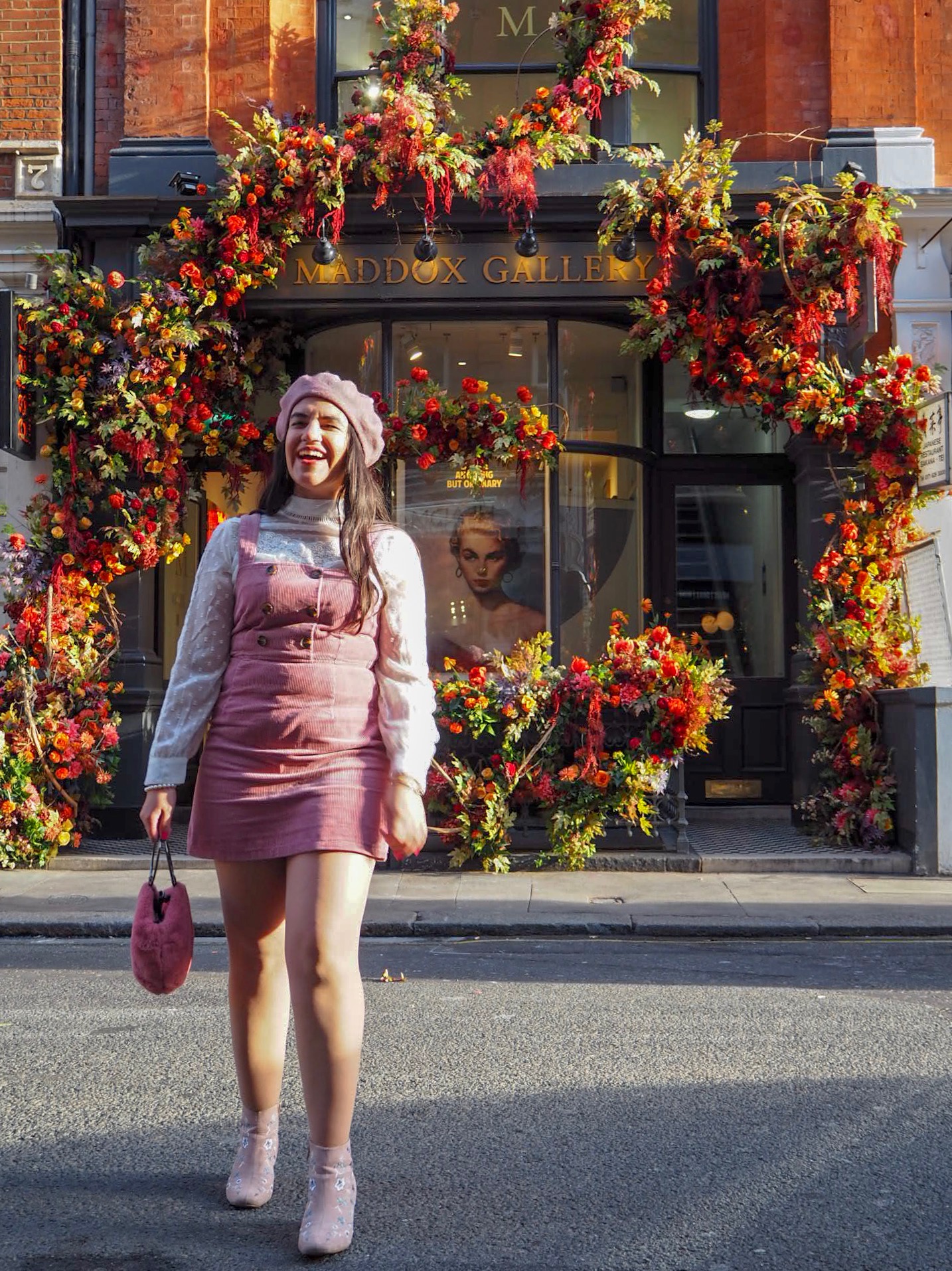 For this year’s Birthday, I once again kept it very low-key, spending the day with the bf and looking for photogenic spots around London. However, I feel like there’s a few more big birthday celebrations left in me – maybe I’ll aim for a big party next year?

One of the photogenic spots we came by was the striking Maddox Gallery (I’ve had to have pictures taken in front of it here and here) – I think this beautiful autumn-like decor might have been installed on the very same day, as there was a photographer there who perhaps worked for Maddox or the floral company taking various shots from all kinds of angles (you can spot his arm in picture number 2). I tried my best not to get in his way but I think he was probably annoyed at me anyway – in my defence, I was very quick with these pictures.

I much prefer what I wore this year in comparison to last year, as back then I wore something very, very subdued. It was good to get my legs out again! Over the past few years I’ve become very self-conscious about them and automatically started leaning towards longer skirts, but I loved this outfit and got a total of three compliments from strangers (little things like that always help). I bought both this blouse and pinafore dress from Miss Selfridge after seeing it on blogger Nina Lea Caine – yep, I’m totally eye-rolling at myself for having been influenced once again, but what can I say, it’s such a dreamy outfit. My birthday was also on a Wednesday, and I was pretty proud of myself for unintentionally wearing pink (#basic). But, if someone had told me that I’d be wearing corduroy on my 32nd birthday, I would have told them they were mad.