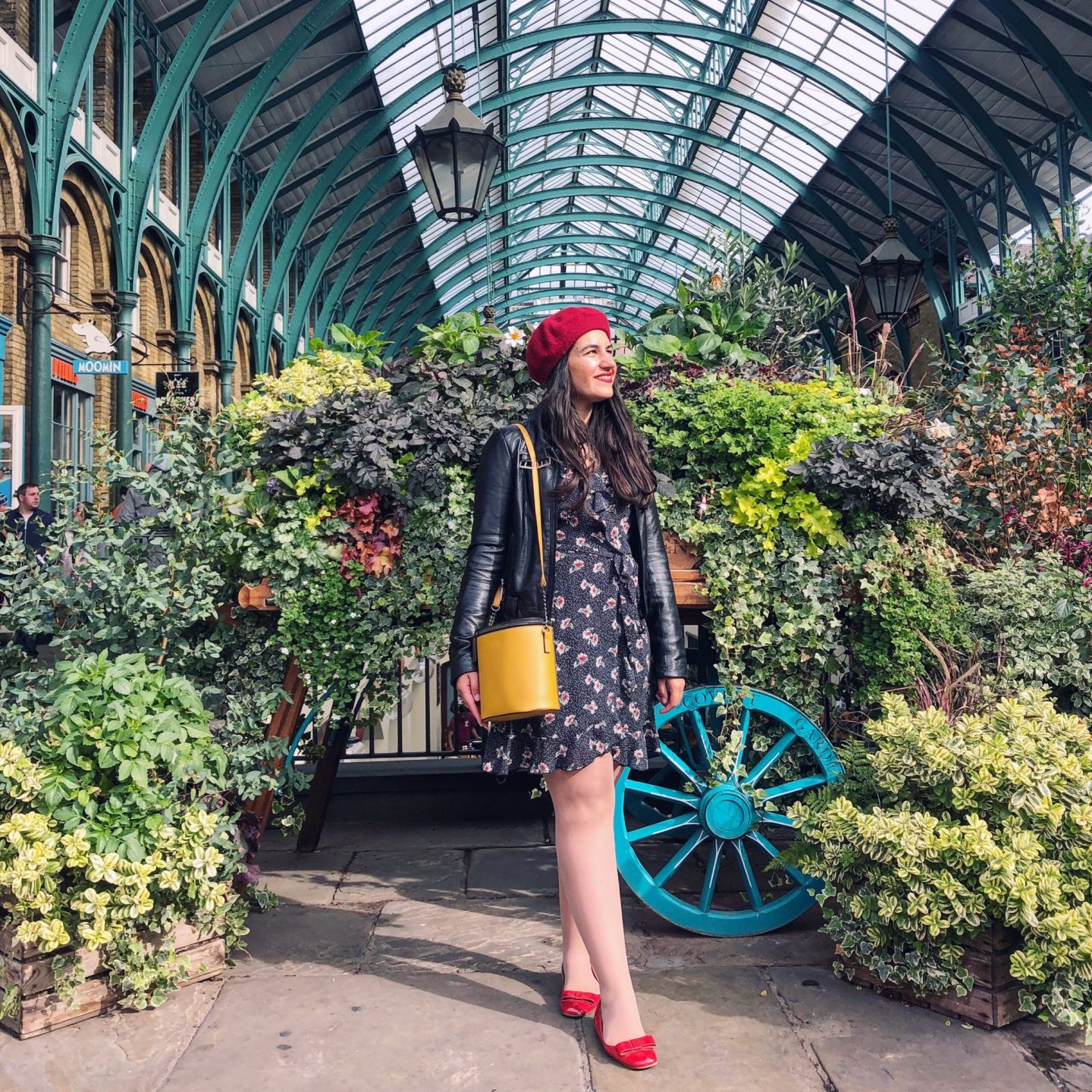 Considering this has been my worst year in terms of blogging consistency, it’s kinda weird that I feel like doing a whole ‘Guess who’s back‘ post when my last post was less than a month ago – but as I came back to London from a relatively long holiday in Spain only a few days ago I’m going to roll with it and see where this goes. I suppose what I really want to do is have a ‘chat’ and do a little reflecting on the change of season and what I’ve been thinking and feeling lately… 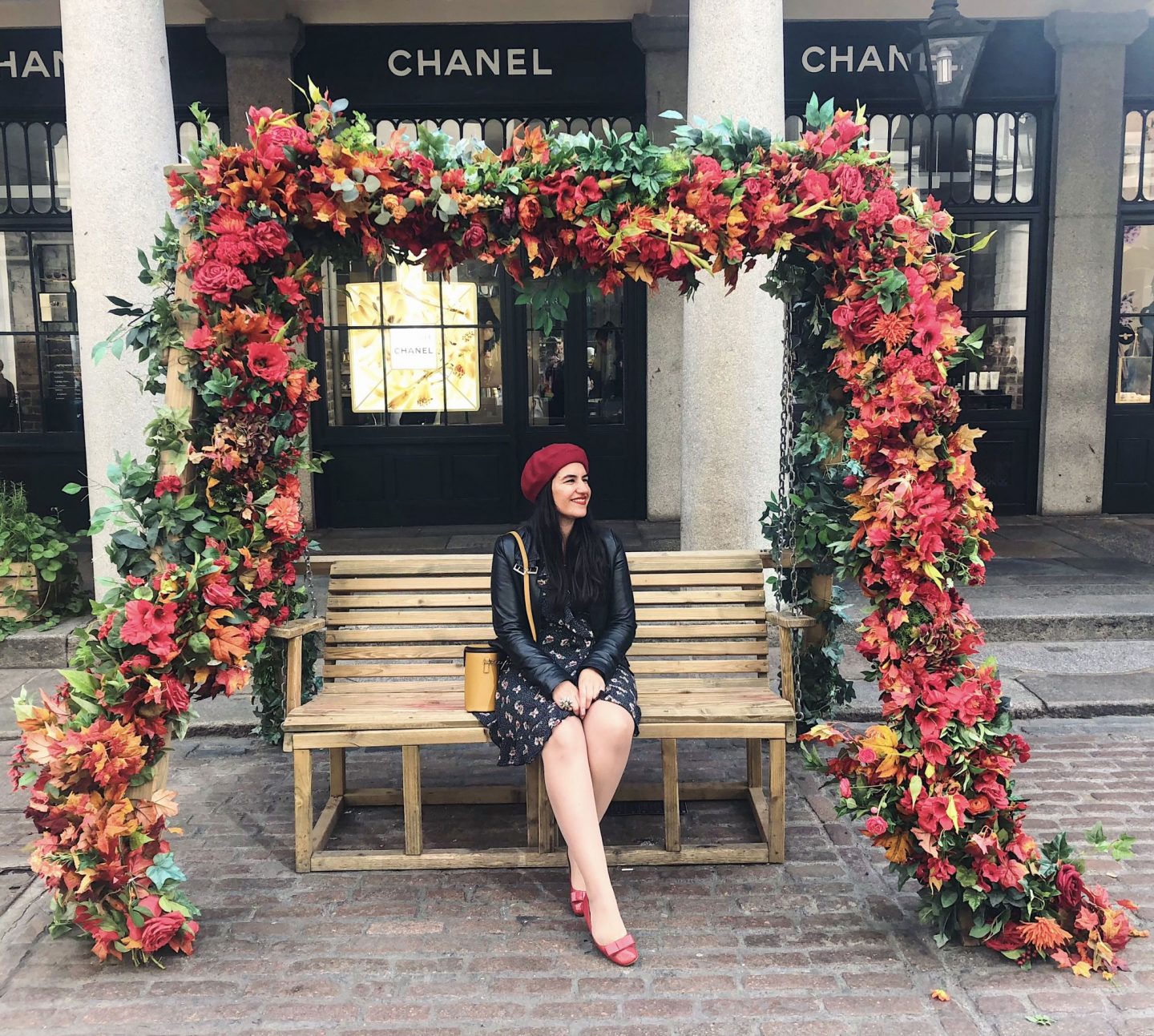 Is this what you call a style rut?

It scares me to put this into written words because it makes it real, but I think it’s happened guys – I may have lost my way with my personal style. I don’t really know how or why it happened, and I can’t even really pinpoint what has made me come to this conclusion, but I think 2018 has not been my year in terms of personal style. I think I got too absorbed in Insta trends and have subconsciously forgotten what I really, really love – beyond what looks good in a picture. This summer for example I pretty much just bought a bunch of slogan t-shirts and basket bags – trends I do love, but really, are they really me? I think I got caught up in the hype surrounding these trends – I recently looked at pictures of myself in slogan tees and in all honesty am no longer feeling myself in them. And nope, I don’t think it’s the change of season. And as for basket bags, I totally went overboard with these too and actually miss the days of wearing quirkier bags.

My aim over the next coming months is to rediscover my personal style – I want to get into styling (myself, that is) and try new looks that I truly love without being automatically brainwashed by what comes up on my social feeds. I’m also more and more attracted to the idea of a capsule wardrobe. No, I could never have a capsule wardrobe – my love for putting outfits together and styling goes way beyond that. But now more than ever I do understand its appeal – it really is the answer to owning your personal style. So, a big closet clear out is in order for me. I don’t believe one’s personal style is static – that’s the beauty of fashion and life, it should evolve and be fun. But I think I want to focus on having a great set of pieces that are ‘me’.

The word ‘self-love’ has been 2018’s word du jour. Admittedly I find the expression itself a little millennial for my likings, as I don’t see any problem with saying ‘love yourself’ or even ‘self-confidence’. But I’m all for it and making myself jump on this millennial bandwagon because sadly this has not been a year of ‘self-love’ for me. My lack of confidence has pretty much gone hand in hand with my style rut, complementing and bouncing off each other like a true match made in hell. But it’s not all doom and gloom – because despite not having felt enough self-love for myself in 2018, I think I can say it’s been a year of self-discovery and understanding myself more, from the good to the bad and the ugly.

The next step? Confidence, confidence, confidence. Easy for some, innate for others, non-existent for a couple of us. It’s something I’ve always struggled with but especially reached a low point with this year, so fingers crossed I somehow manage to bounce back and learn to re-like myself mentally and physically. I could probably write a whole post about this, so I’ll stop now before I ramble on… 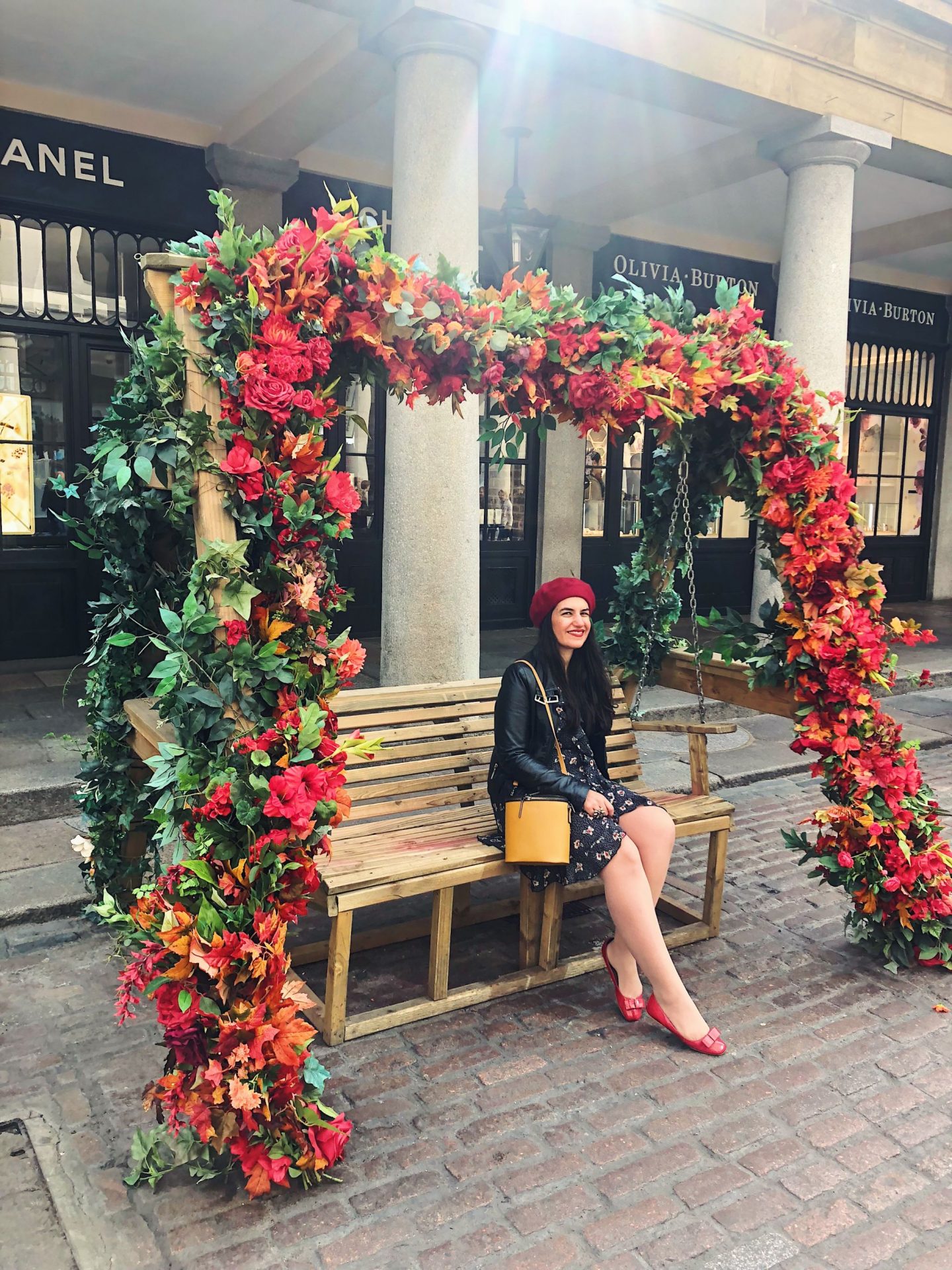 So autumn finally arrived and oh my, I’m NOT here for it. I have to say that this year more than ever I have found social media extra annoying – I am sick of hearing about how much people were looking forward to layers, knitwear, leaves falling and Pumpkin Spice Lattes. Seriously, why? What’s the big deal about it? Why are people so happy about darker evenings and wearing jumpers, when that’s what they’ll be wearing for the next six to seven months? And as for leaves changing colours, it’s pretty and all but I don’t think it’s got anything on flowers blossoming.

The fashion at this time of the year also pisses me off – why does the word ‘transitional’ get a constant mention when it’s really just early winter dressing? That’s my main issue with autumn in the UK – in terms of being a season, it’s not really much of anything. Sometimes it’s fairly pleasant, other times it’s too cold for blazers but not quite cold enough for coats. Then there are those days when it’s so cold you don’t want to leave the house. In short, it’s a weird mishmash of all the seasons and I know I will get crucified for saying this but apart from pretty leaves and at times mild temperatures, I just don’t think autumn has got much of a personality.

I know this is a hella rant but what can I say, I’m a spring and summer baby at heart – despite having been born in autumn! It’s not all bad though, and I don’t want to end this rant on a negative note (although it’s not often you hear about rants having happy endings). I naturally prefer autumn to winter, I like pumpkins and the month of October (it’s my birthday month, after all). And if there’s one thing I’m happy about, it’s getting my hats out again. That’s the only thing I miss about autumn and winter – not being able to wear hats. They’ve pretty much become the finishing touch to all of my cold-defying outfits – I would I totally rock my berets and floppy hats during spring and summer. So I was naturally delighted to wear my red beret on Sunday, which is when these pictures where taken. This look felt like my first official autumn outfit – luckily it was a sunny Sunday and a million layers were not needed. 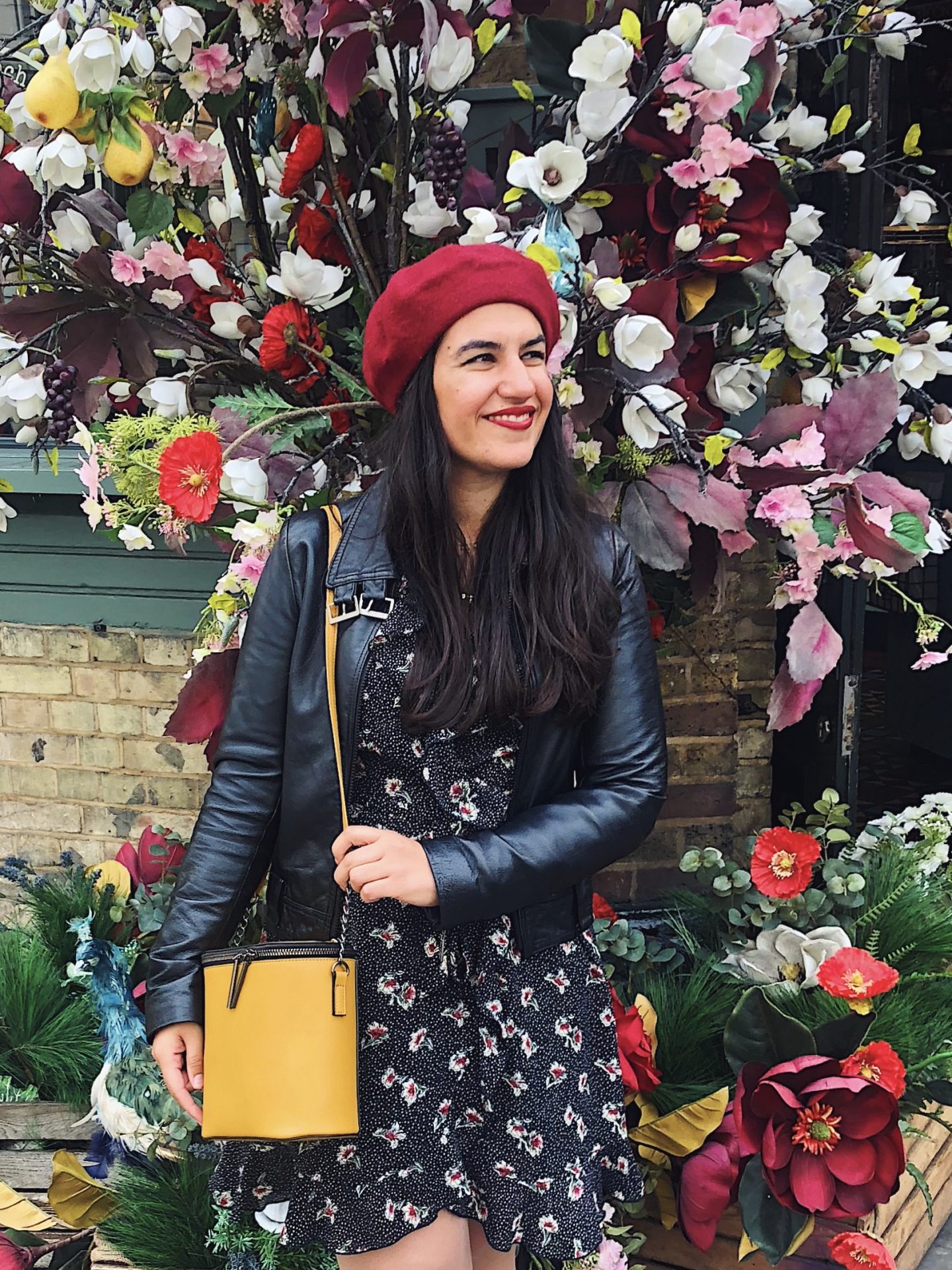 My dear Olympus EPL7 camera died while I was in Spain, so these pictures were taken with my iPhone 8. Fingers crossed my camera gets well soon – not that these pictures are the worst in the world…

I event attempted to wear my red beanie and fabric scarf today, and concluded that it was the dumbest decision I’d made in a while. As we ended up having a gorgeous sunny spell in London, I took off both of these accessories within two minutes of leaving the house. And I didn’t freeze my butt off when wearing my denim jacket! No, it’s not all bad in autumn.

So there you have it, a few rambles and thoughts that have been on going on in my head – I’ve never been too interested in getting personal on the blog but for some reason I felt like sharing this, as it has had and will have an impact on the blog. Also, in the sometimes superfluous world of fashion I do think it’s important to remember the humane side of it all, and/or the bad things and challenges that can pop-up with our personal styles and appearance.

I never thought fried chicken would bring out this

A very British summer, part 2: Summer is still her

Praying that I’ll get to have at least one more

East London walks 🌈✨ throwback to a week (and

SEPTEMBER 🍁🍂 I think this face sums up how I