One of the best cultural discoveries for me this year was most definitely Strawberry Hill House, a soon-to-be not so hidden gem located in the picturesque area of Twickenham, west London. For those of you who may not have a clue about what I’m talking about, Strawberry Hill House is a beautiful building that was once home to the acclaimed eighteenth century art historian, politician, writer and all-round renaissance man Horace Walpole. It was he who bought this house and gave it a dramatic gothic revival, making it what I believe is one of the most architectural wonders to be found in London.

I wrote about my visit here, and was honoured and delighted when I was invited by the lovely Strawberry Hill team to come along to get a sneak peek of the exhibition Lost Treasures of Strawberry Hill, which opened on October 20th and is on until February of next year.

I was lucky enough to experience this exhibition on the very day of its opening. It was a crisp, bright and perfectly autumnal morning when I arrived at Strawberry Hill House – within a few minutes of getting there a few other blogger boss ladies and me were introduced to Silvia Davoli, the co-curator of Lost Treasures. She gave us a wonderfully detailed tour of the exhibition, revealing plenty of facts and interesting stories about some of the pieces within the exhibition.

But what exactly is Lost Treasures of Strawberry Hill about, you ask? Well, Walpole was an avid collector – a collector of beauty. He owned thousands of artworks. Thousands is not an exaggeration – in 1842, a little over 40 years after Walpole’s death, a sale of these objets d’art took place in Strawberry Hill House. Over 5,000 pieces were sold in the space of 24 days (yes, my jaw dropped too). So Lost Treasures is a ‘recovery’ of some of these pieces, and a unique chance to see them in what was once their home. From paintings to sculptures, furniture and fashion pieces, there are over 100 pieces for the public to discover before they go back to their current owners.

Photography is not allowed throughout the exhibition as a lot of these pieces are privately owned, but the Strawberry Hill team kindly provided us with these images for us to use. Luckily most of them showcase a few of the pieces I wanted to highlight! 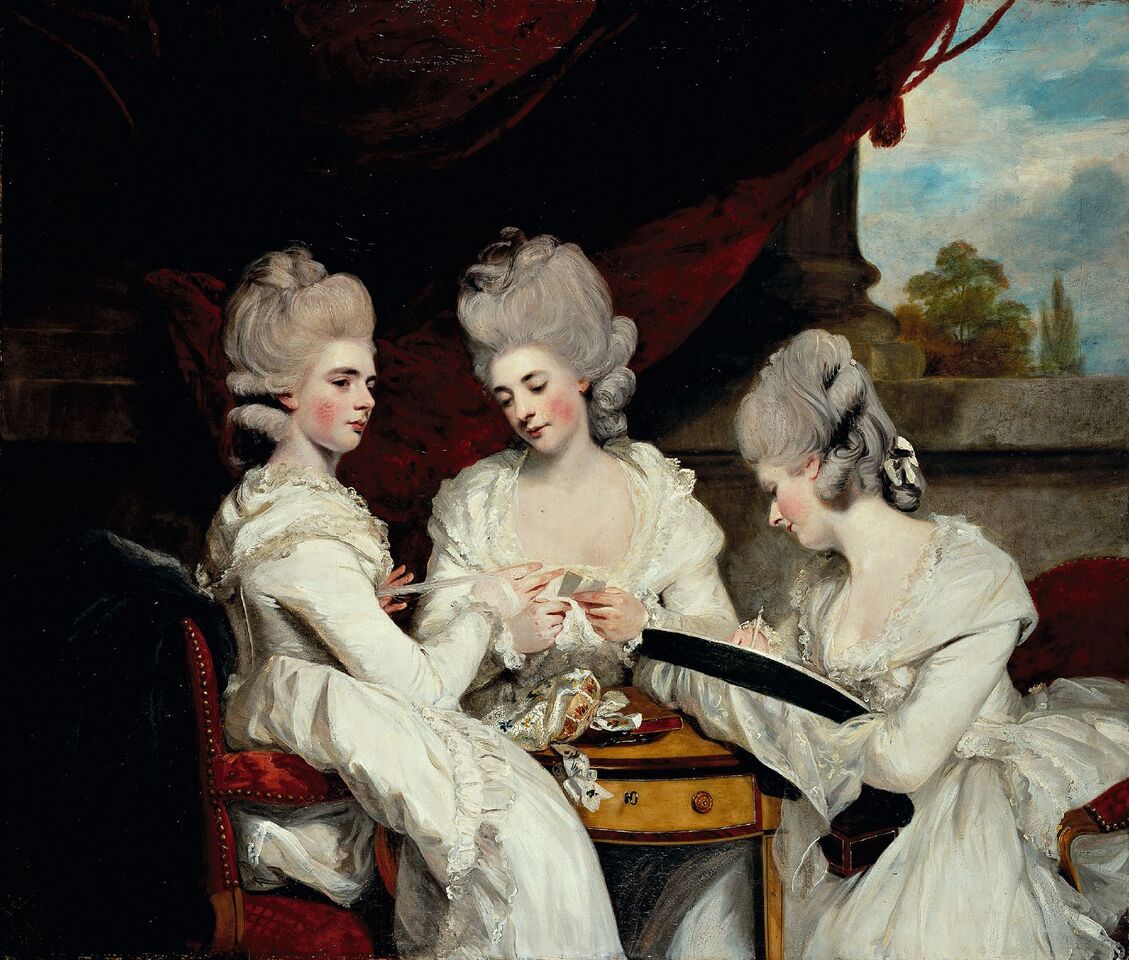 “Portrait of the Ladies Waldegrave”, by Joshua Reynolds (1781)

A large part of the exhibition holds portraits, and this is a painting of Walpole’s great nieces Maria, Laura and Horatia Waldegrave. Despite Walpole wishing for it to be an interpretation of the Three Graces, Silvia told us it seems to allude to a slightly darker symbolism within Greek mythology, the Fates. Clotho would spin the “thread” of human fate, Lachesis would dispense it, and Atropos would cut the thread, thus ending a person’s life. Silvia said this ties in with Walpole’s concerns about his fate, the fate of Strawberry Hill, and the fate of his collection.

Where you’ll find it: The Great Parlour. 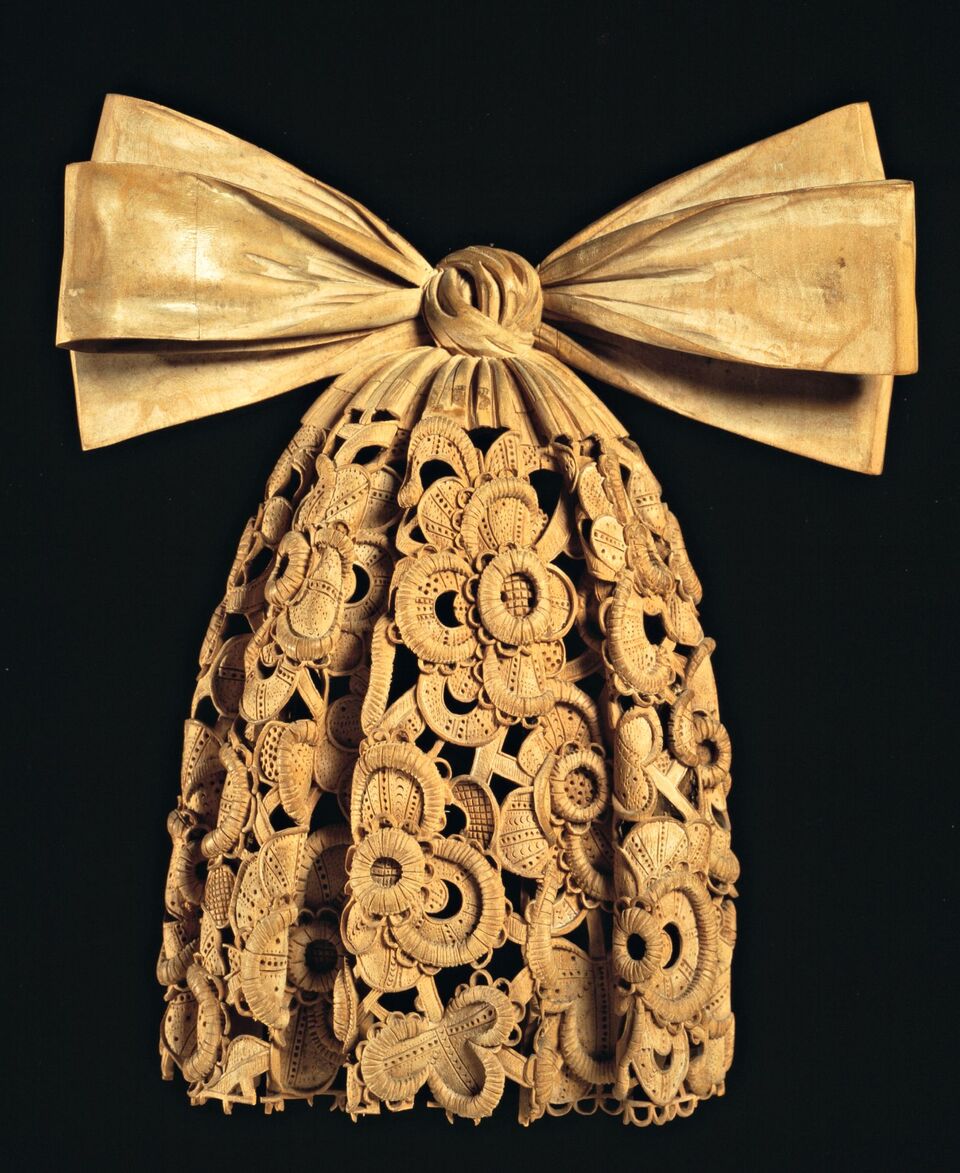 Silvia described Walpole as someone who was very tactile and rather playful with his artworks, he was not afraid of truly feeling them and enjoying them. Hence why he probably didn’t think twice about wearing this beautiful cravat made by the English sculptor and wood carver Grinling Gibbons, which emulates Venetian needlepoint – can you believe it is made out of wood?

Where you’ll find it: The Tribune. 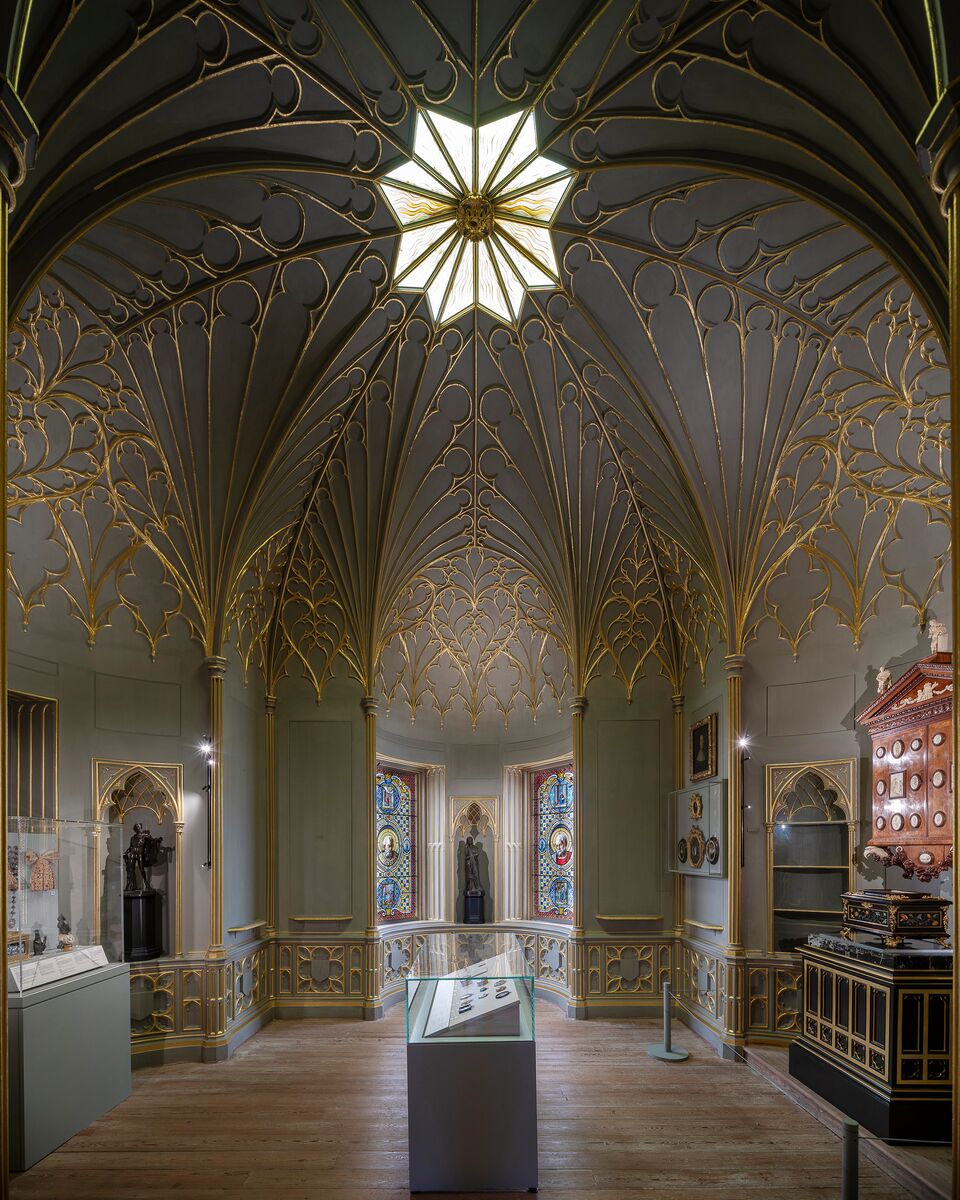 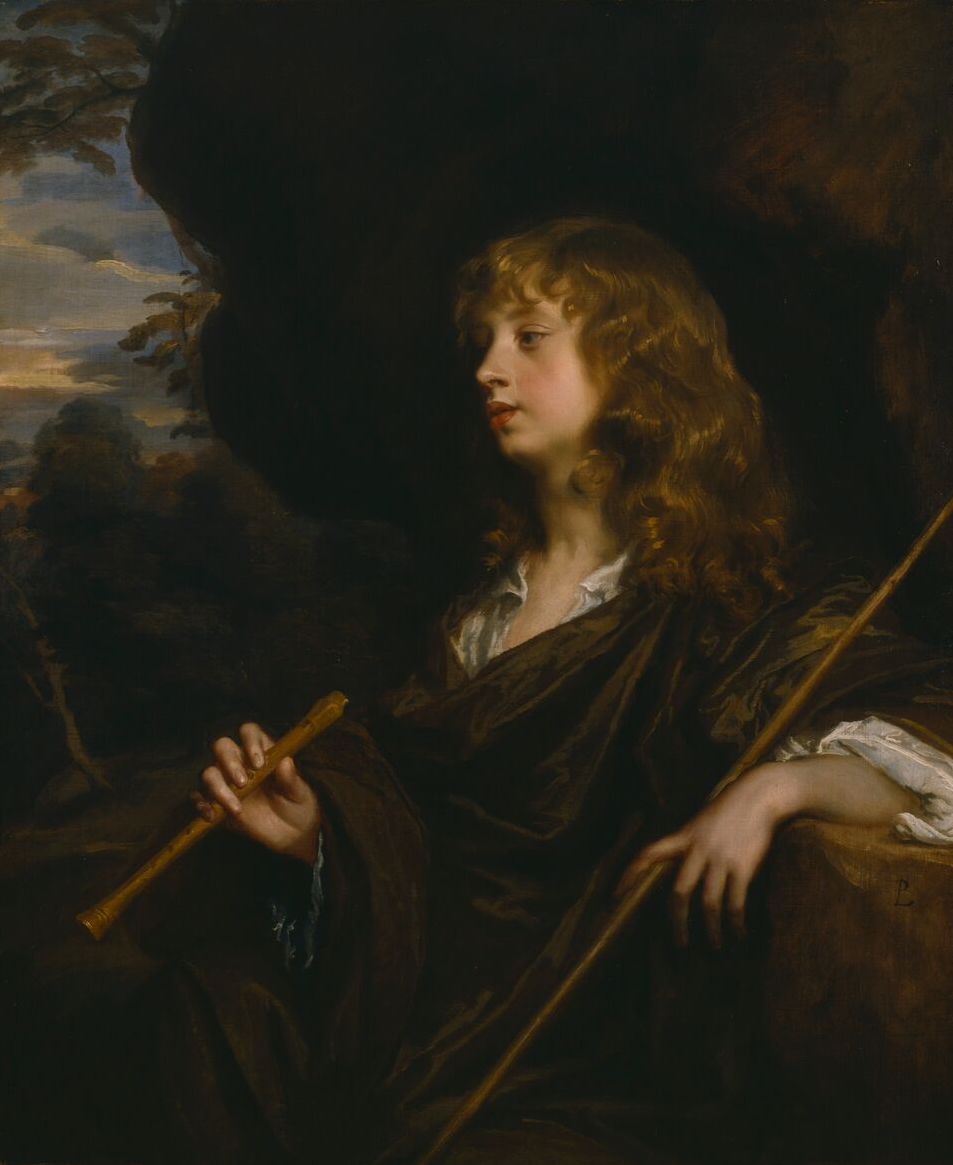 Walpole never married and his love life is a bit of a mystery. He was known to have been infatuated with this portrait. He believed that it was the poet Abraham Cowley, who was considered a child prodigy and essentially started his career in poetry at the age of 10. However, this couldn’t really be the case as Abraham would have been about 40 at the time this portrait was done. The true identity of this person remains unknown.

Where you’ll find it: The Blue Breakfast Room. 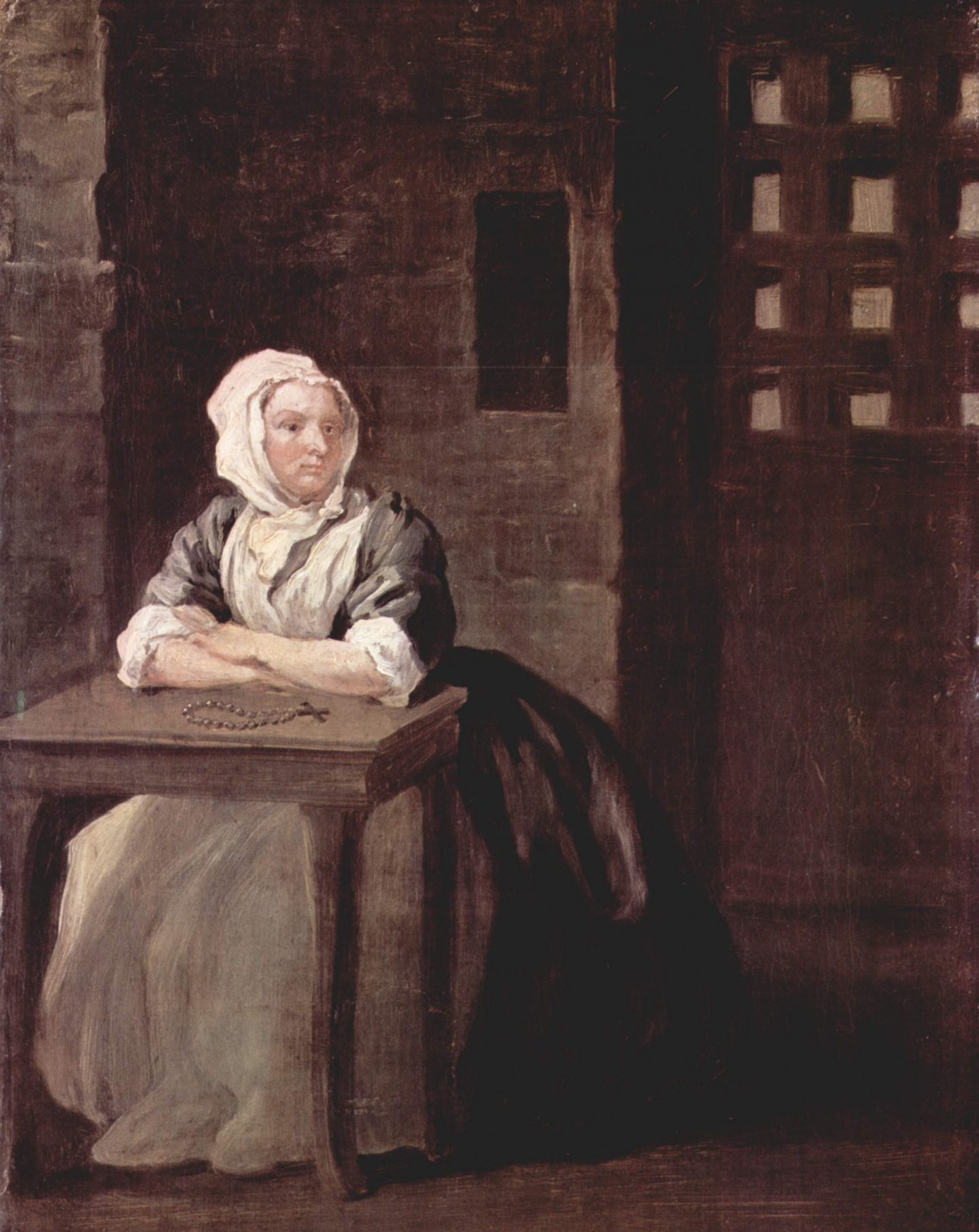 “Portrait of Sarah Malcolm in Prison”, by William Hogarth (1733)

To say that Walpole was fascinated by female figures is an understatement. No stranger to gossip, he was drawn to the stories of political, historical and royal women as well as mistresses (he had a portrait of his father’s mistress in Strawberry Hill, which is also included in this exhibition) and female criminals. Sarah Malcolm was a maid hanged for triple murder in 1733 – the acclaimed artist William Hogarth visited her shortly before she died. Apparently, Malcolm claimed there were more people involved in the murders and that she herself had not done the killings – this, however, was not proved.

It’s fair to say Walpole may have had a penchant for drama and scandal, but I’d like to think that it was also a form of admiration towards strong (and controversial) women.

Where you’ll find it: The Green Closet (adjacent to the Blue Breakfast Room).

Eagle on an altar base (Roman, first century AD)

One of Walpole’s most amazing pieces (in my opinion), this poor marble eagle had its beak vandalised in Strawberry Hill. Walpole was distraught by this, and had Anne Seymour Damer (more on her in the next highlight) ‘restore’ its beak.

Interesting fact: the eagle and this altar are two separate works of art, but I think were arranged like this when Walpole was alive and have stayed together ever since.

Where you’ll find it: The Great Parlour. 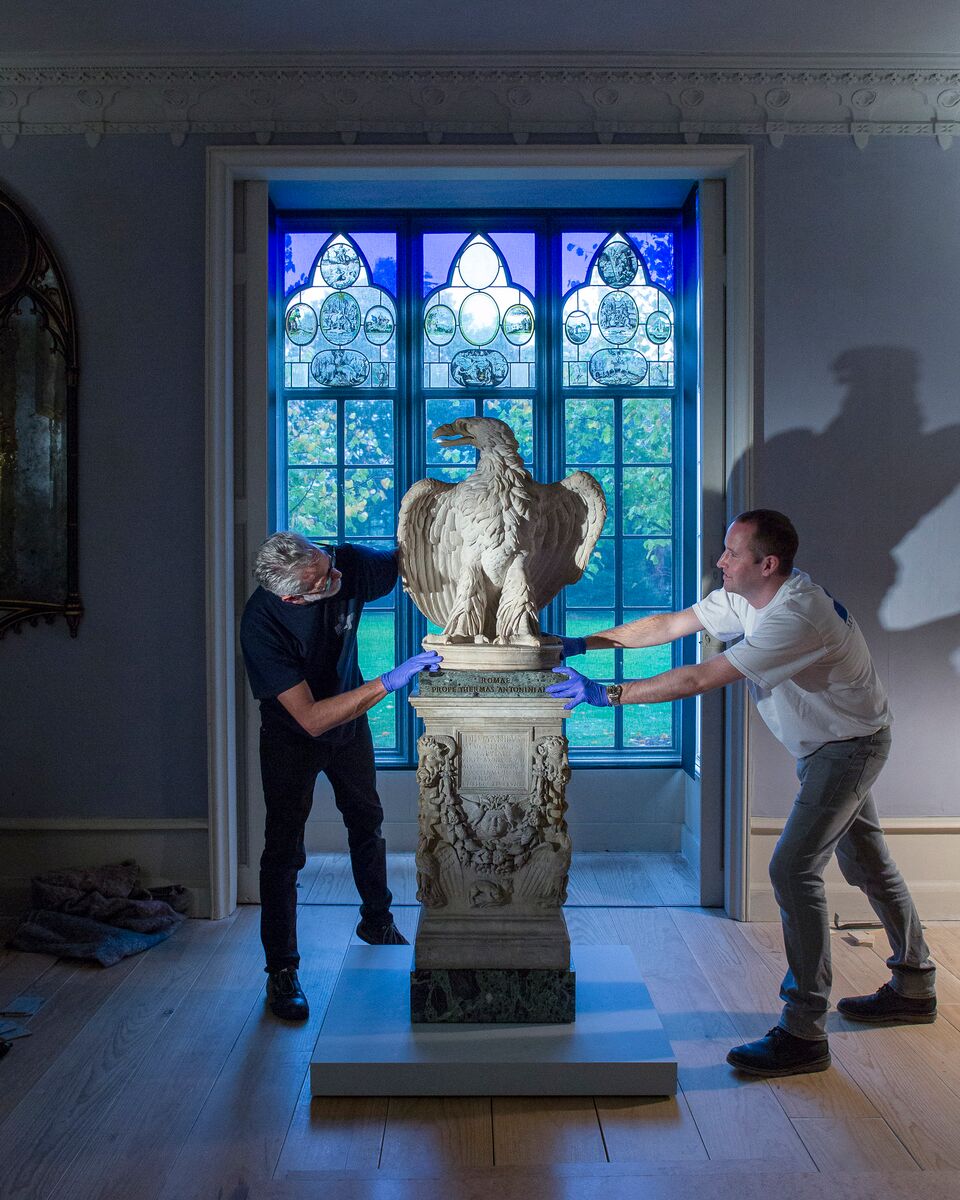 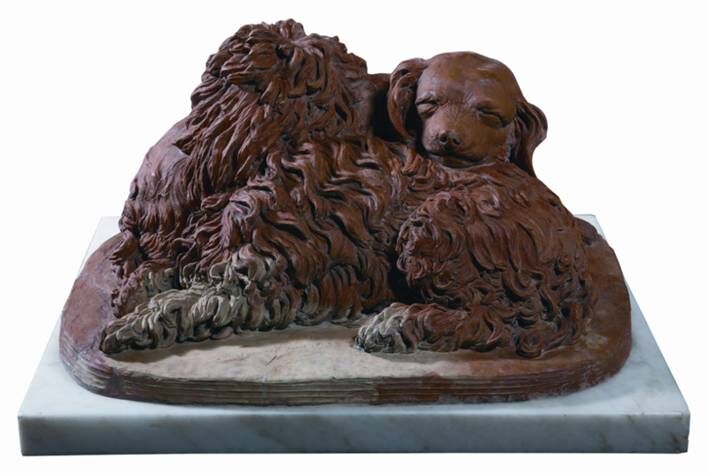 This sculpture (which is made out of terracotta, and has miraculously survived) might not carry any socio-political subtext or have a dramatic story behind it, but I couldn’t resist sharing it as it’s just so beautiful and brilliantly executed! It was made by Anne Seymour Damer, whose career was avidly supported by Walpole, her protegee. In fact, he was generally very supportive of female amateur artists – this may have been because his mother painted as a hobby. Also, fun fact – Walpole had a dog called Patapan.

Where you’ll find it: The Library (AKA my favourite room, as seen here). 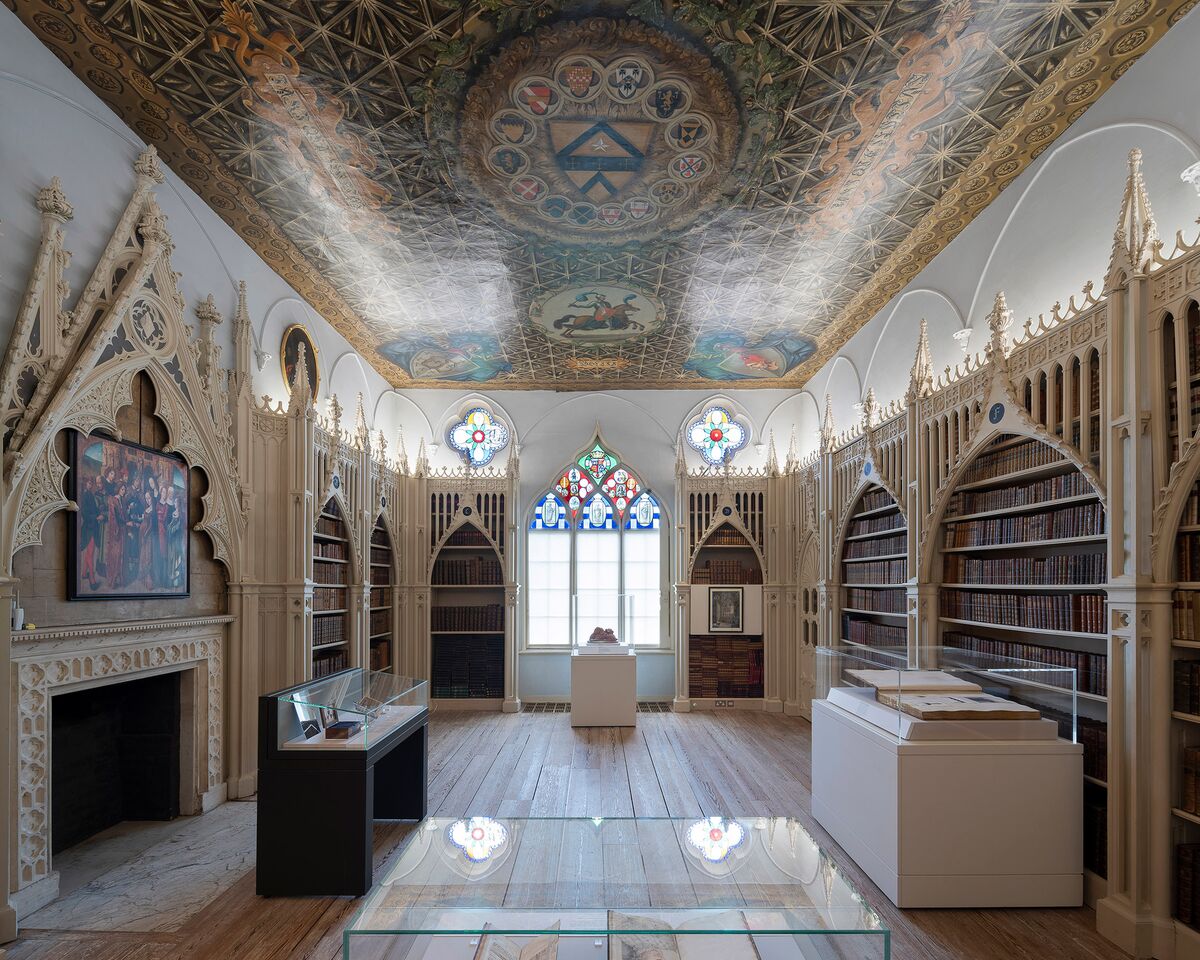 The care that has gone into all the placements of these objets d’art is amazing, as the team have stayed as close to Walpole’s vision as possible. As someone who visited Strawberry Hill House just two months ago and witnessed all the rooms already having a ton of character, it was wonderful to see how these artworks were ‘back home’ and the rooms served as the perfect shells for them to shine in all their glory. Walpole would be proud.

I will probably go back again (Lost Treasures ends in February), as I could spend hours looking at these artworks and getting a further glimpse into Walpole’s character. I left Strawberry Hill for the second time feeling inspired but also intrigued and fascinated by this man, who knew he was making history. Mustn’t that be the most incredible feeling?