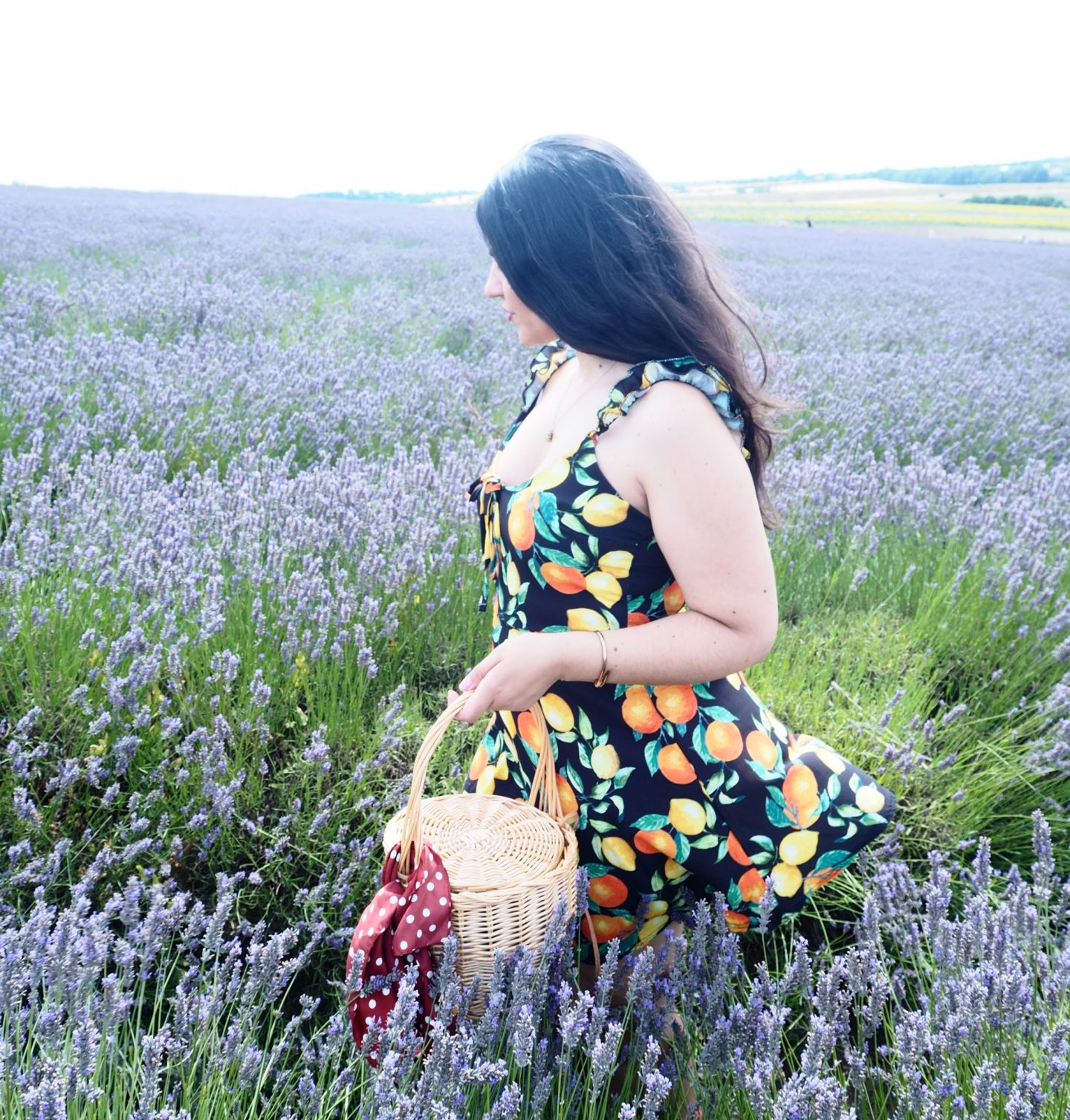 Isn’t it crazy what social media gets us into? Four years ago I barely knew what lavender looked like and this summer I couldn’t wait to get to a lavender field. Yes, I 100% blame social media for this obsession to get photographed in a sea of lavender – but in all honesty, after visiting Hitchin Lavender last month, I think I’d be more than happy to make this a regular thing. 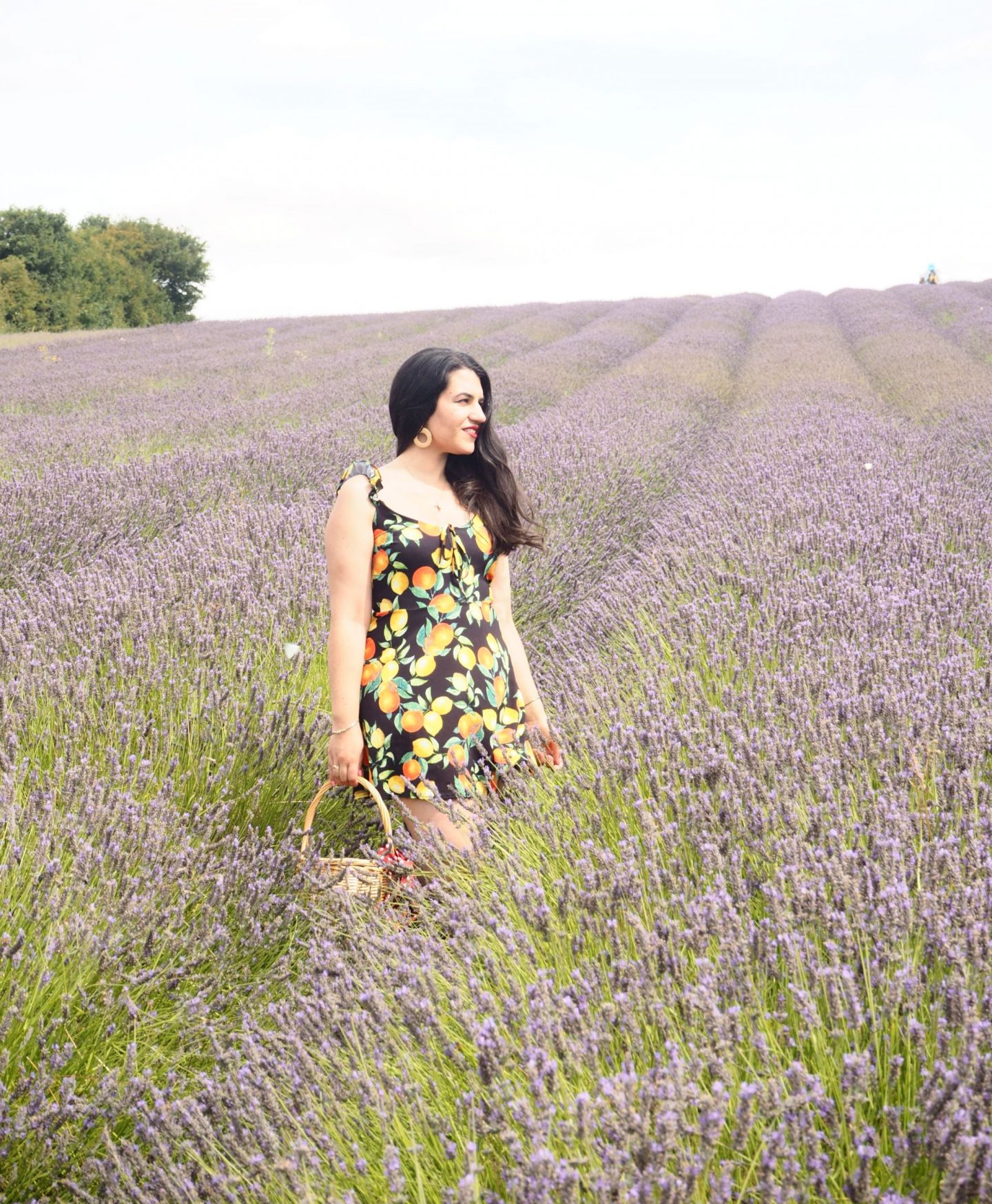 The first time I came across Insta lavender craziness was in 2015 and of course I followed like a sheep and desperately made my way to Mayfield Lavender. Oh my, what a disappointment! My boyfriend and I went in August 2015 and it was a typical British end-of-summer, start-of-autumn kind of day – grey and miserable. Also, Instagram had lead me to believe that these fields would be the most purple thing I would ever see – I know, I know, it was naive AF. 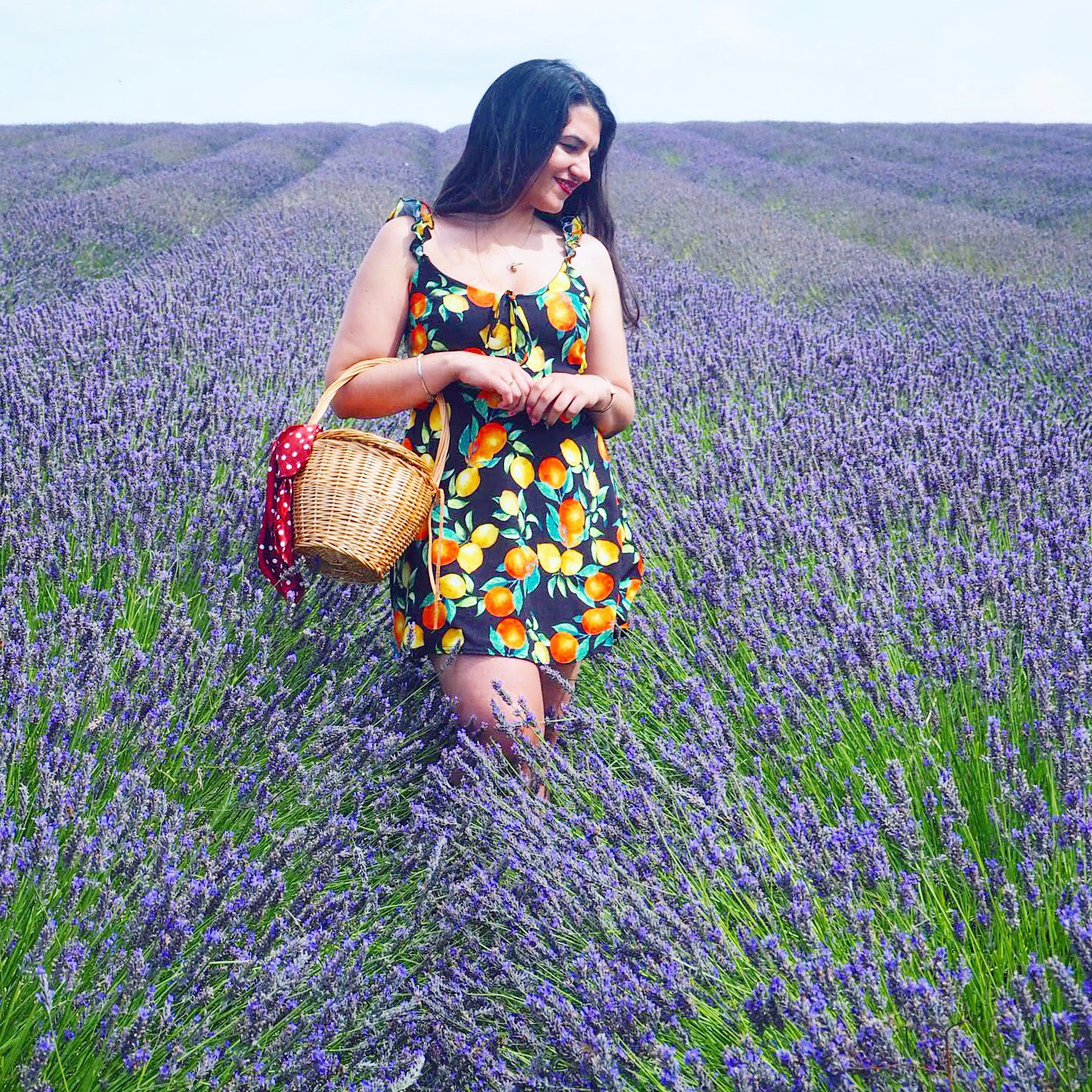 That rainy day at Mayfield tinted my experience so much with lavender fields that I honestly thought I would never return. Well, it turns out I only needed three years to get over it, because this summer I let social media get to me again and I couldn’t ignore all those beautiful lavender pictures popping on my feed. 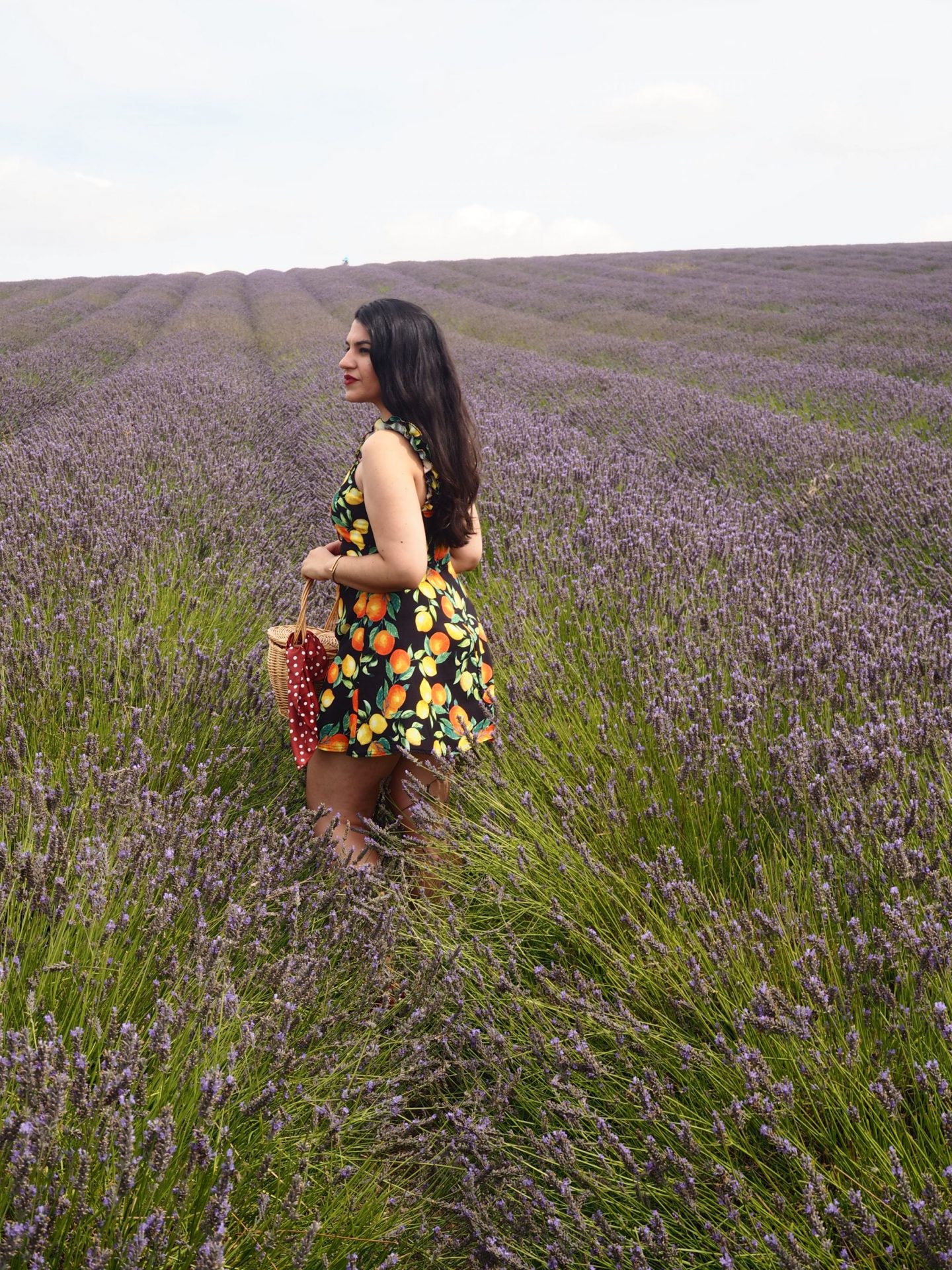 The fact that we were having a super beautiful summer in the British capital didn’t hurt either. This time, however, I did a little more research and decided to visit Hitchin Lavender, the main reason being because it also had a sunflower field. 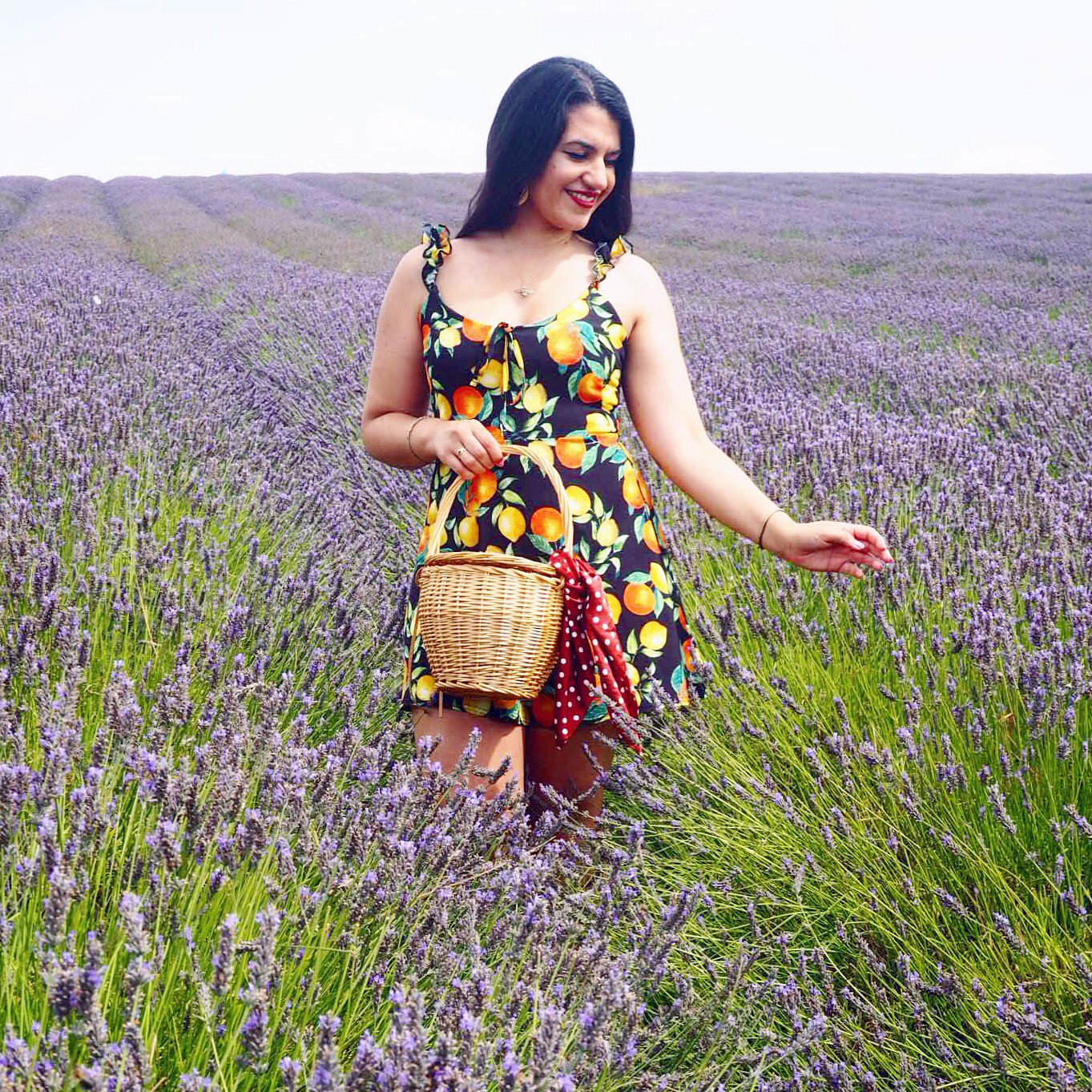 I absolutely loved Hitchin Lavender! We made our way there on a Saturday morning and got there just after 12pm – it was pretty busy but surprisingly didn’t feel too hectic. I also knew I needn’t expect striking shades of purple and lilac, but the lavender looked glorious and smelt divine. 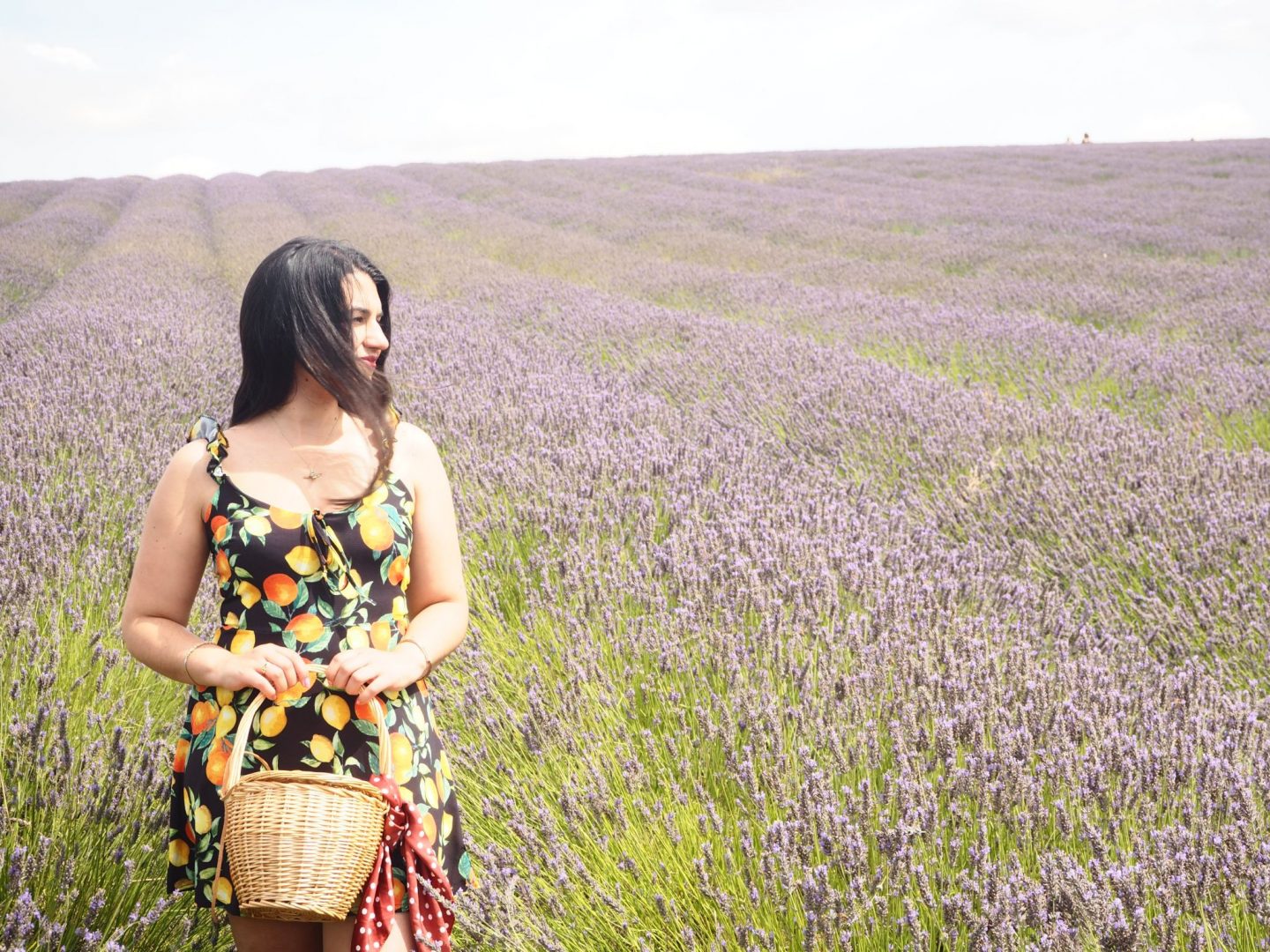 The bf took over 100 pictures – it was super bright that day so he tried cooler and warmer tones on my camera when taking these pictures. Hence the somewhat ‘dramatic’ tones in them (and I made use of Instagram’s editing tools too). It’s a reminder that the purpleness of lavender doesn’t easily translate into pictures! 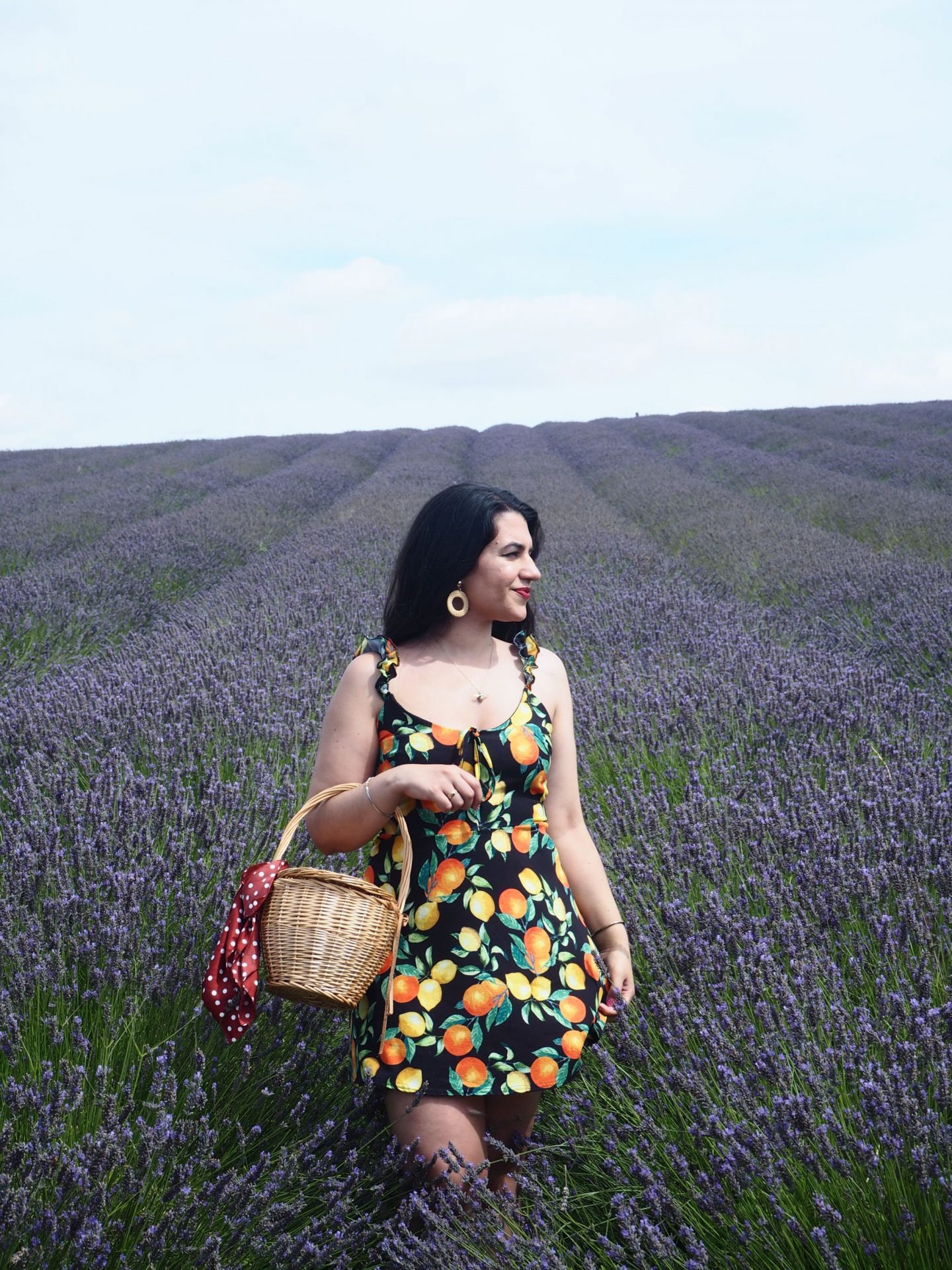 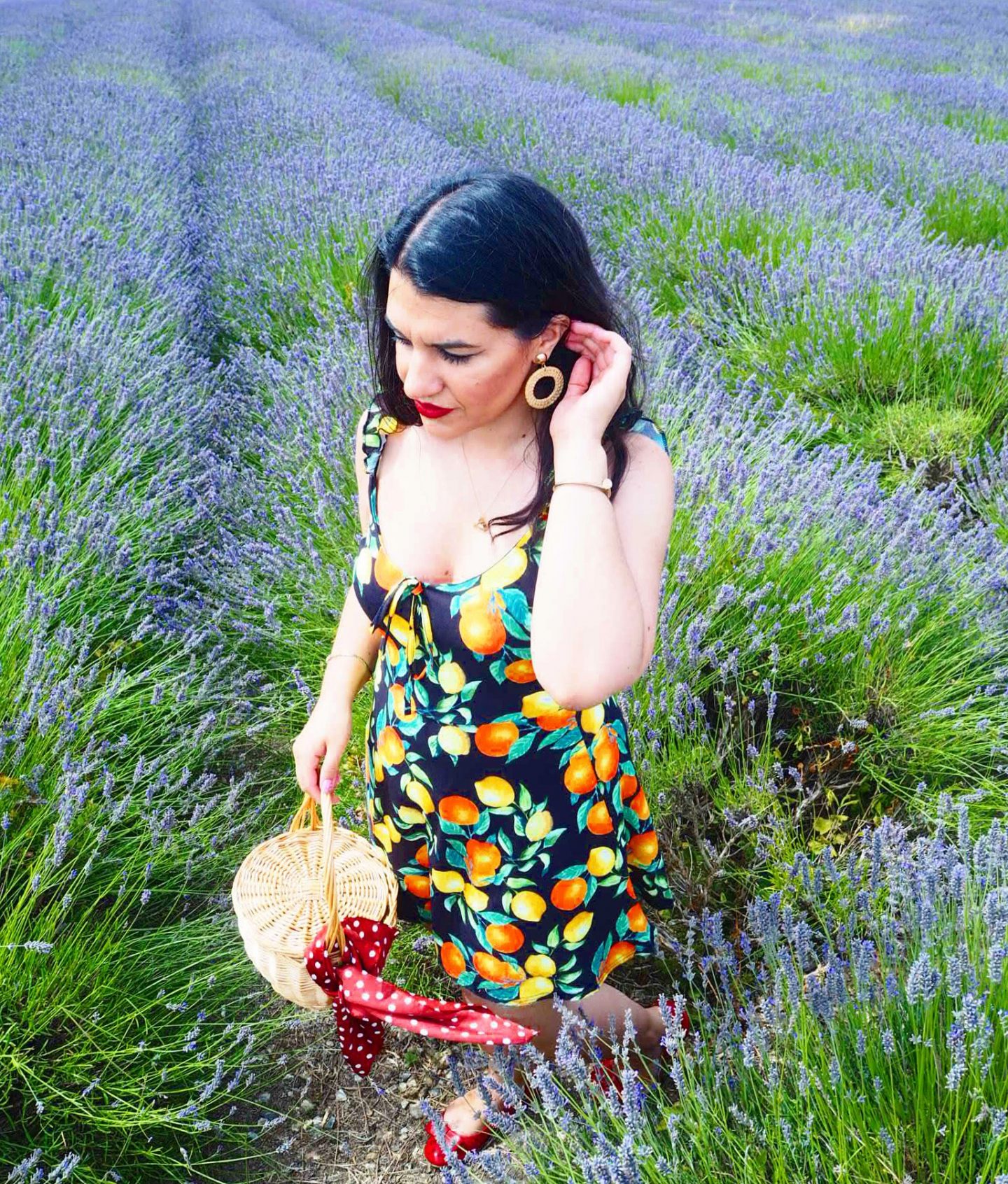 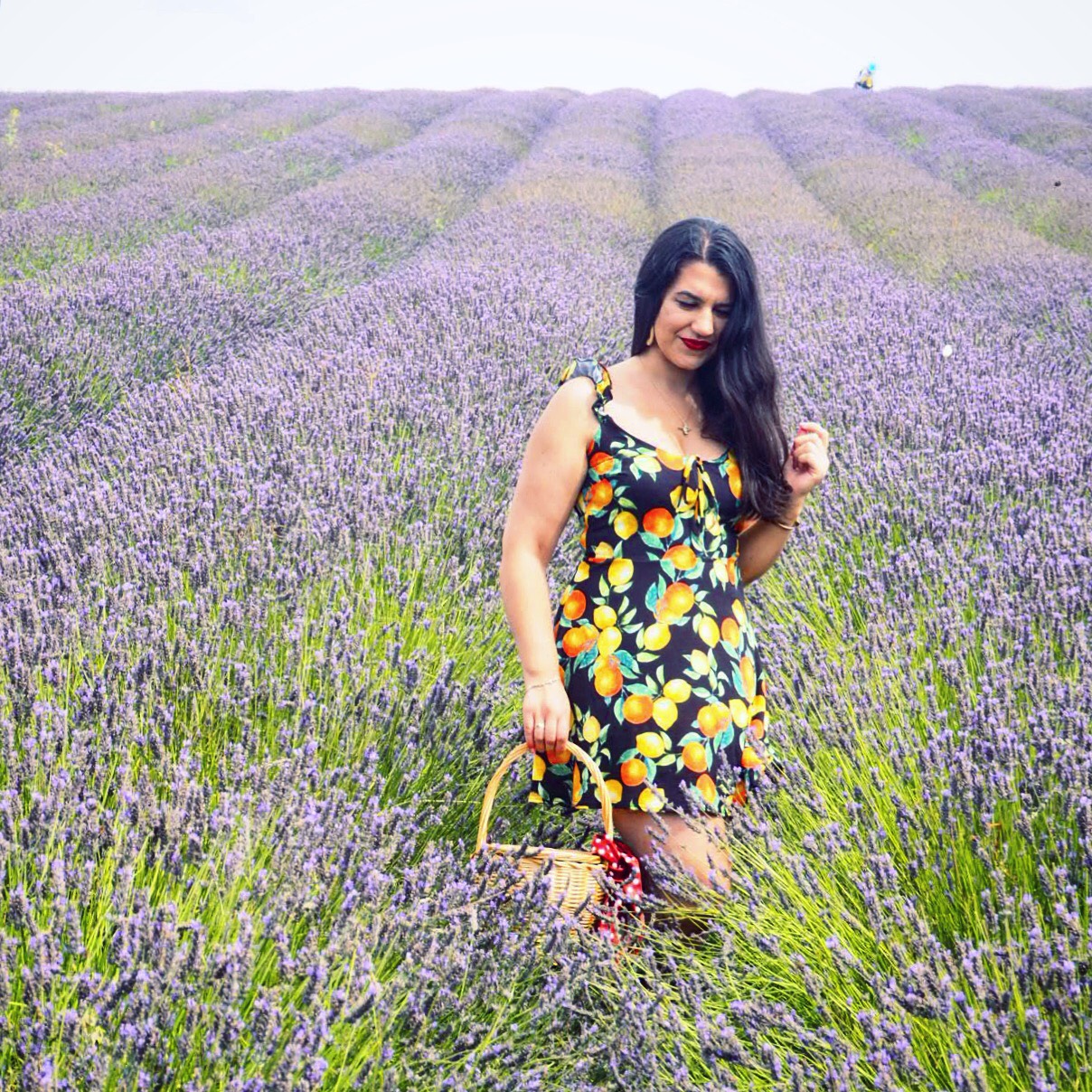 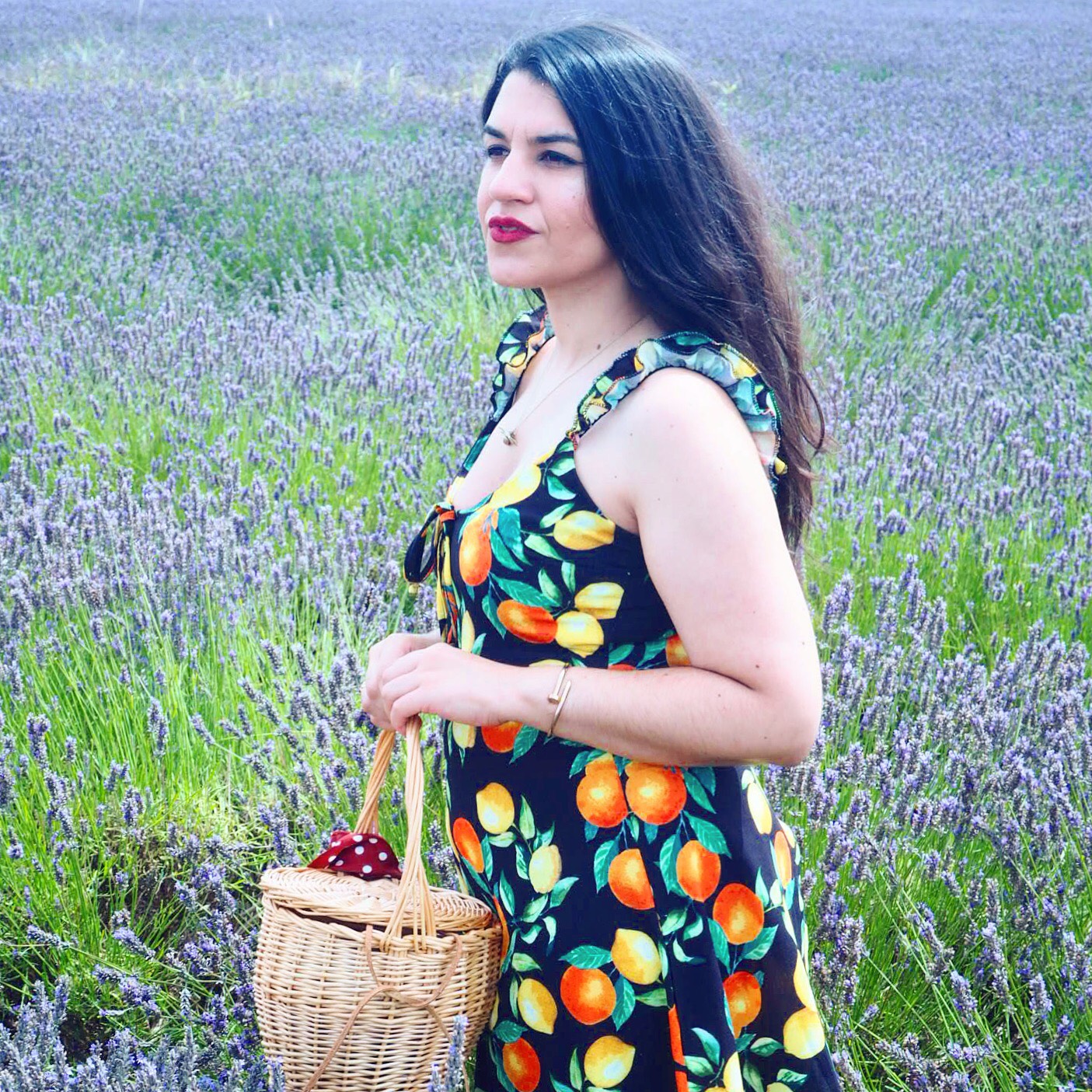 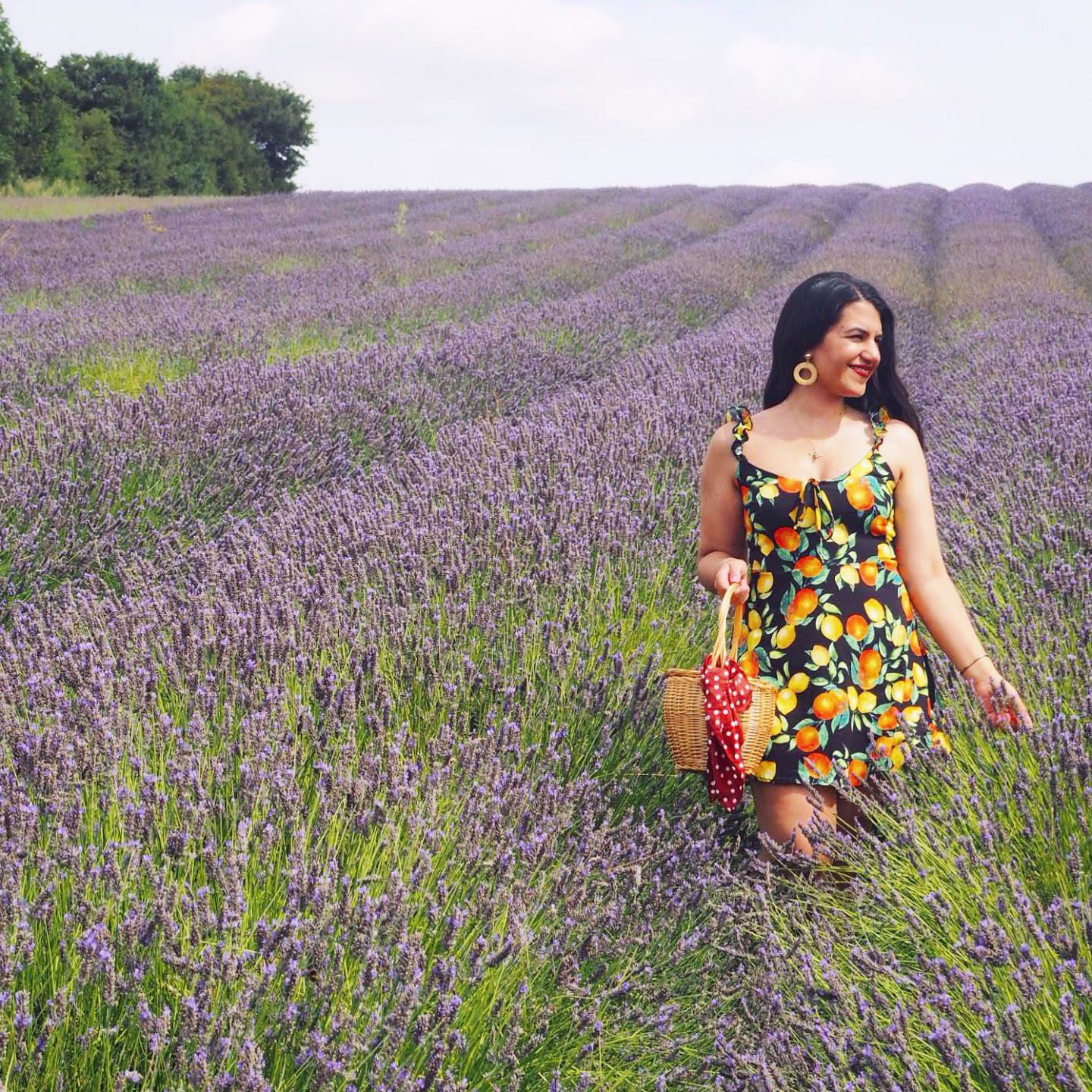 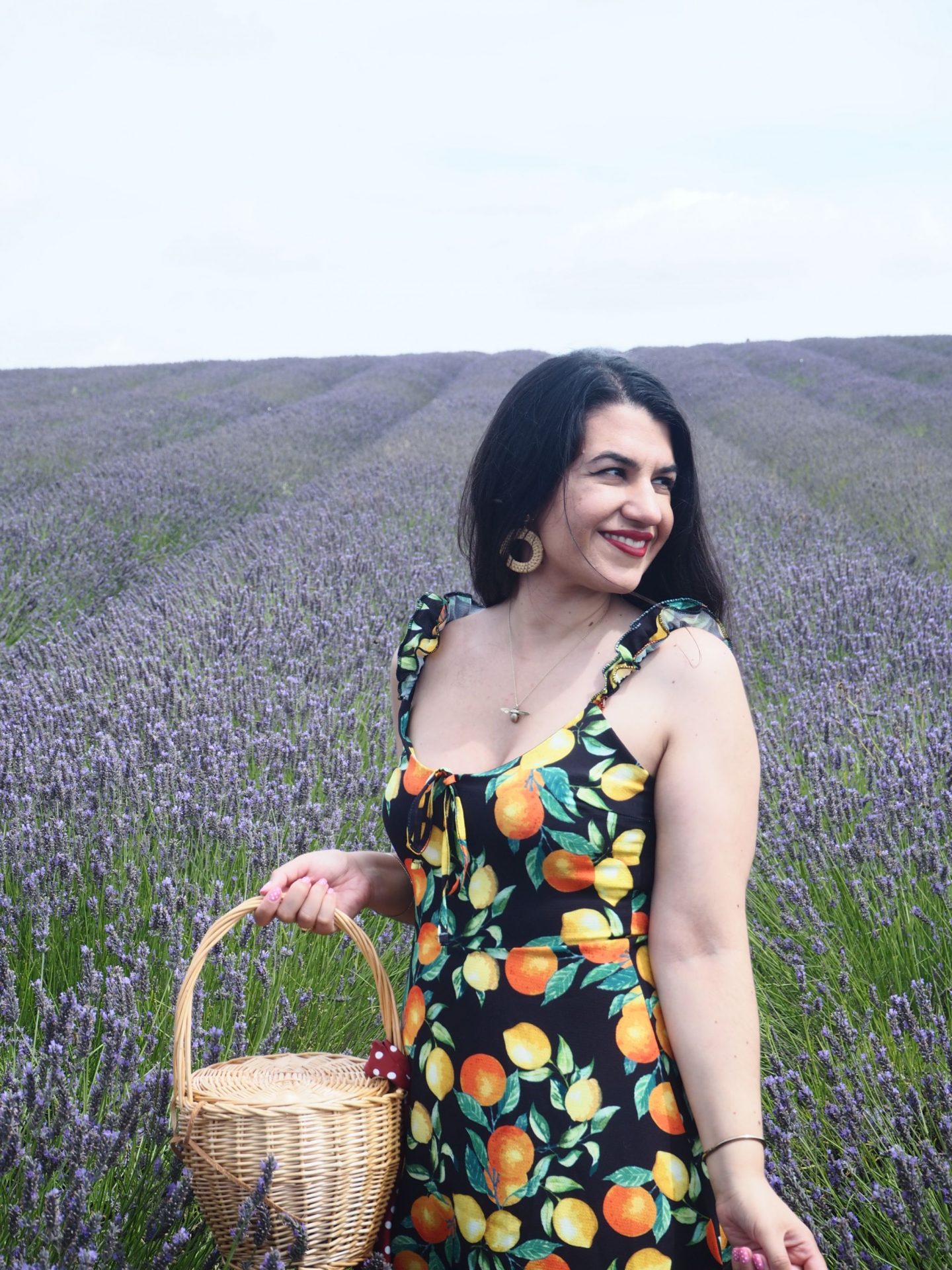 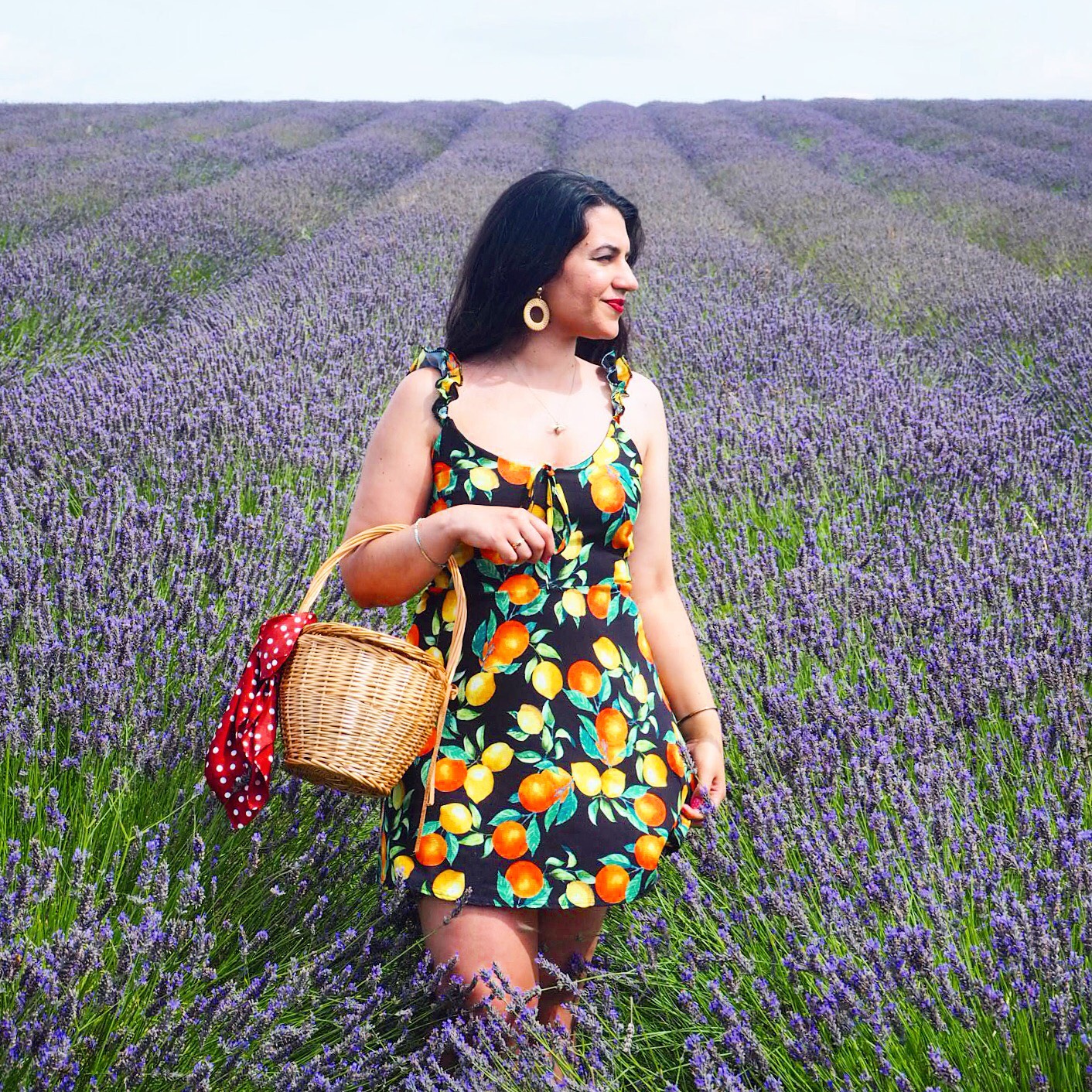 As for what I wore, I had been on the lookout for a nice lemon dress and found The One on Nasty Gal (which is full of surprises). It’s so effing cute if I may say so myself! I think it’s fair to say it’s got Realisation Par vibes and is so damn flattering.

I naturally had to team it with a basket bag – that £10-Topshop-basket-bag-in-the-sale to be exact. I added a little polkadot scarf from Bershka because I sometimes don’t mind a clash and felt pretty awesome walking around in a field with a basket and lemon dress. 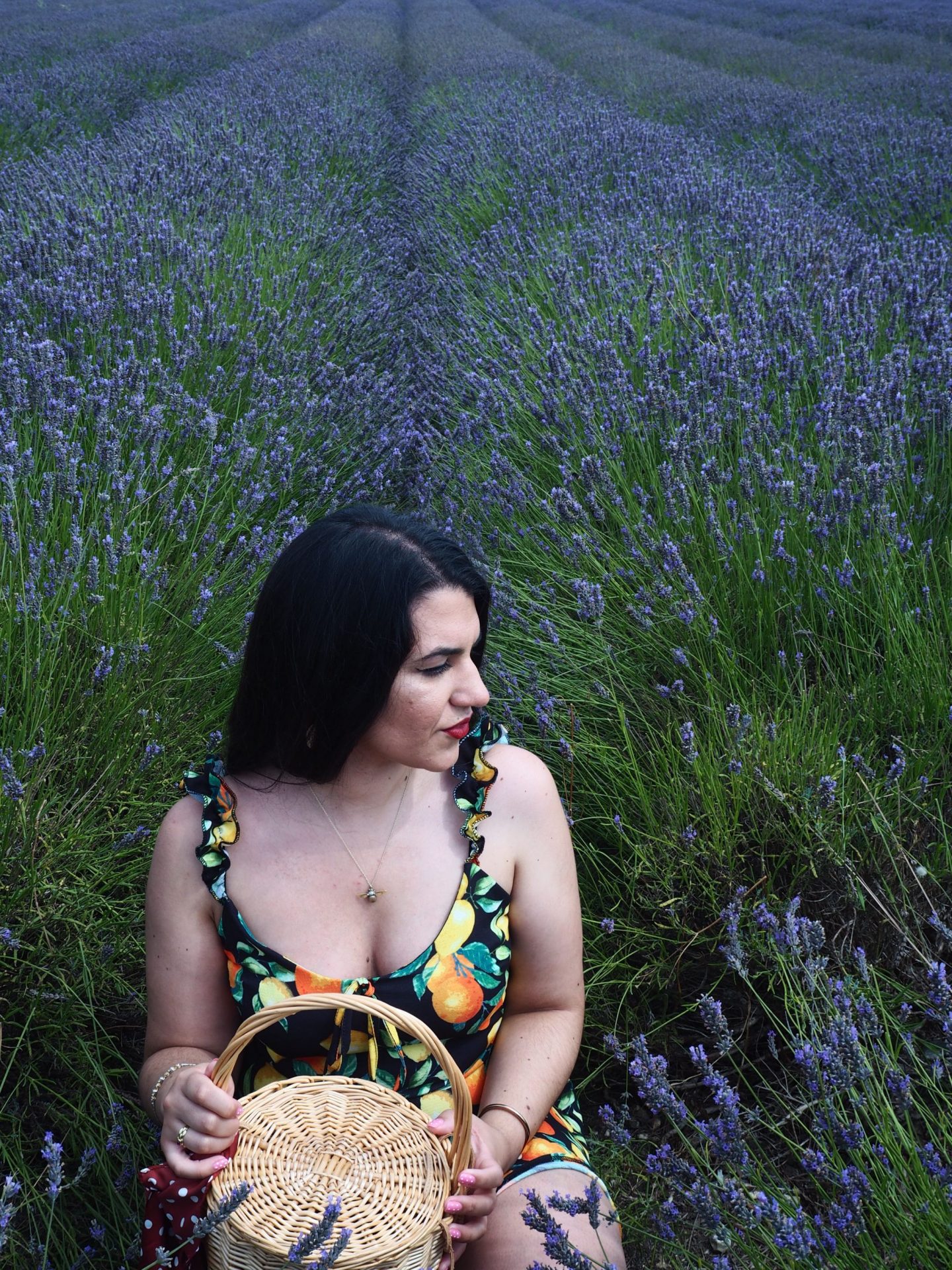 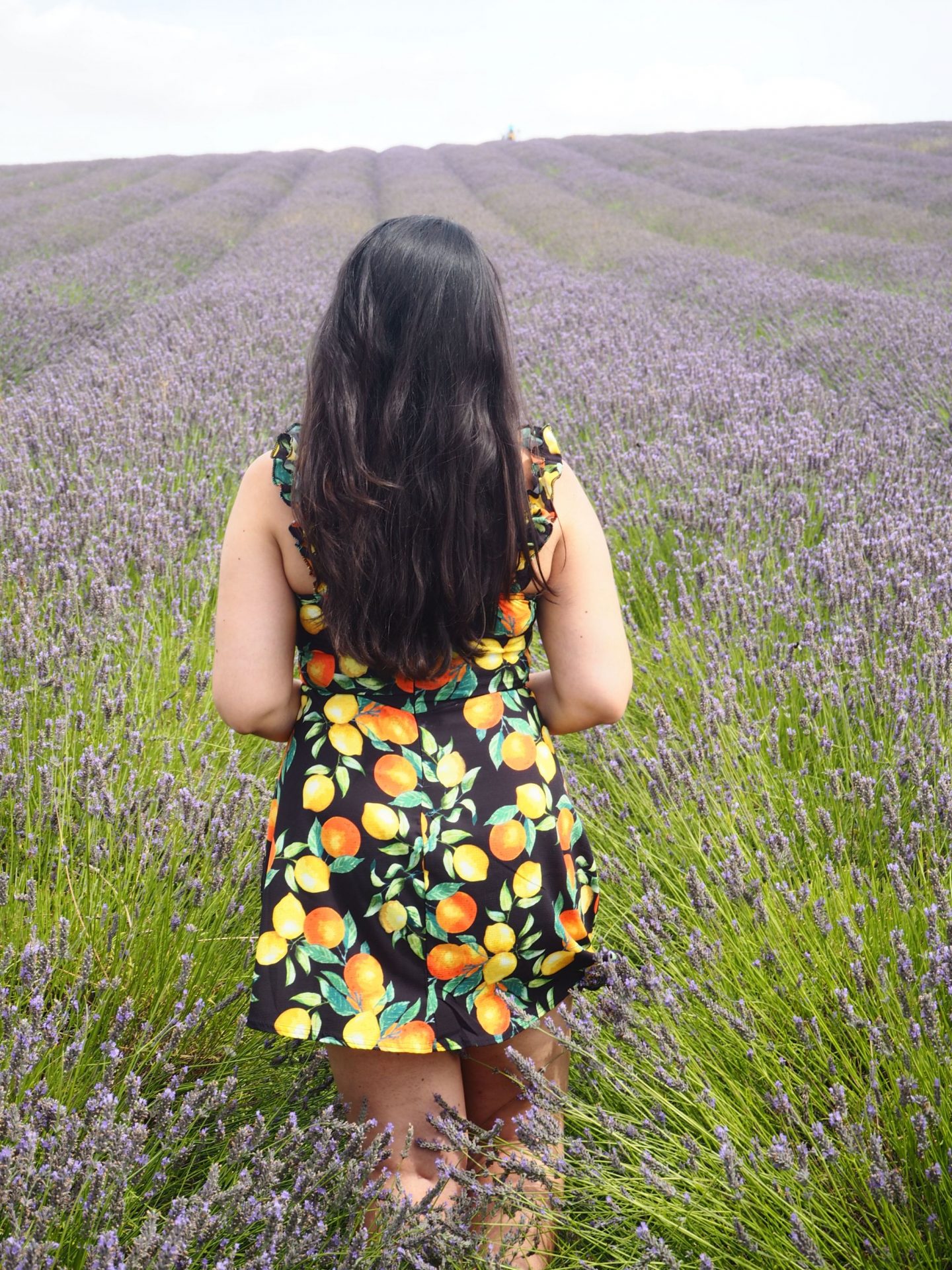 We were there for about two hours and I wouldn’t hesitate to recommend Hitchin Lavender Farm. Here are a few things worth knowing about it: 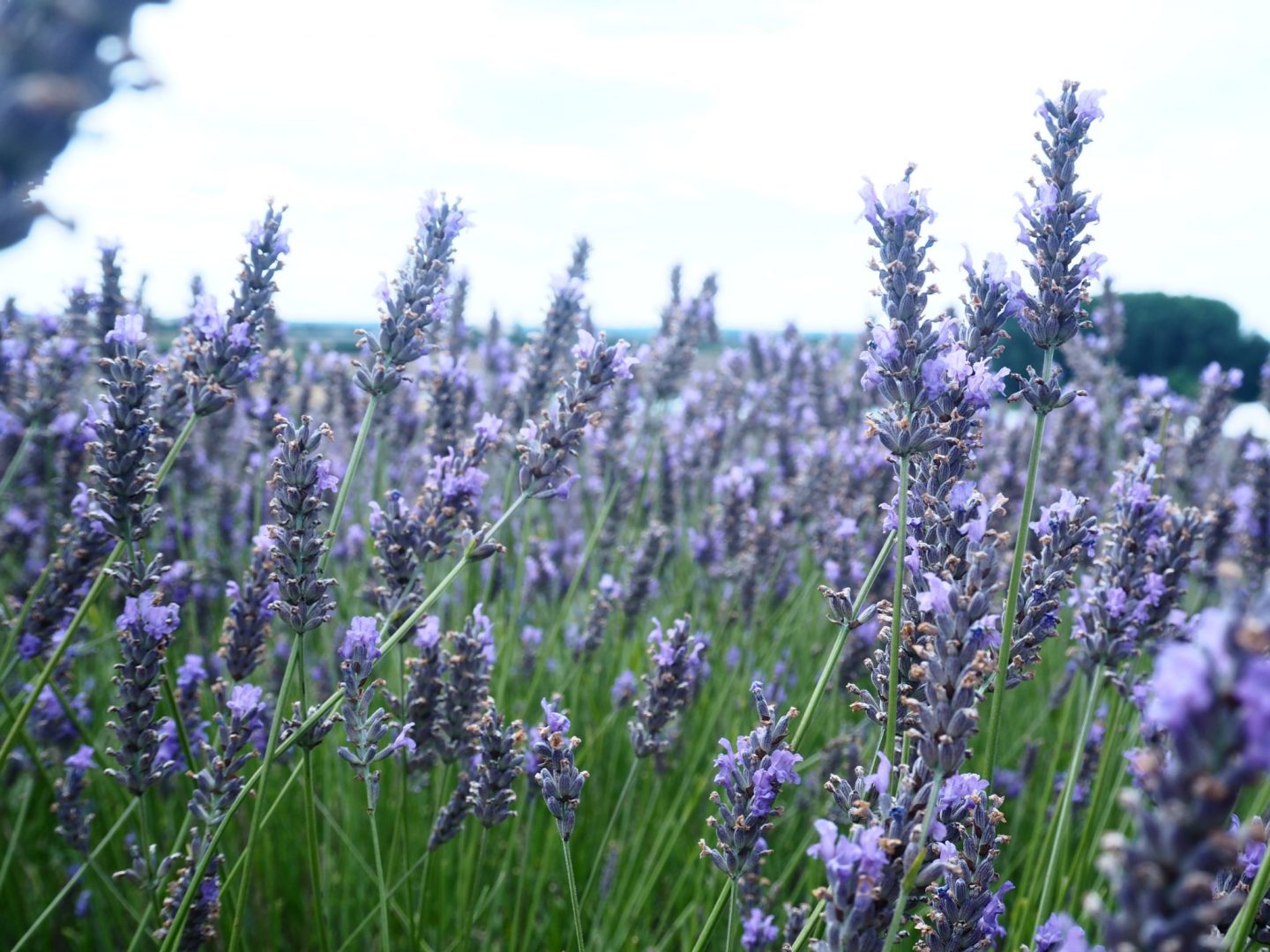 However, as much as Hitchin Lavender has made me a lover of lavender, I can say with all certainty that I’m officially a sunflower girl. 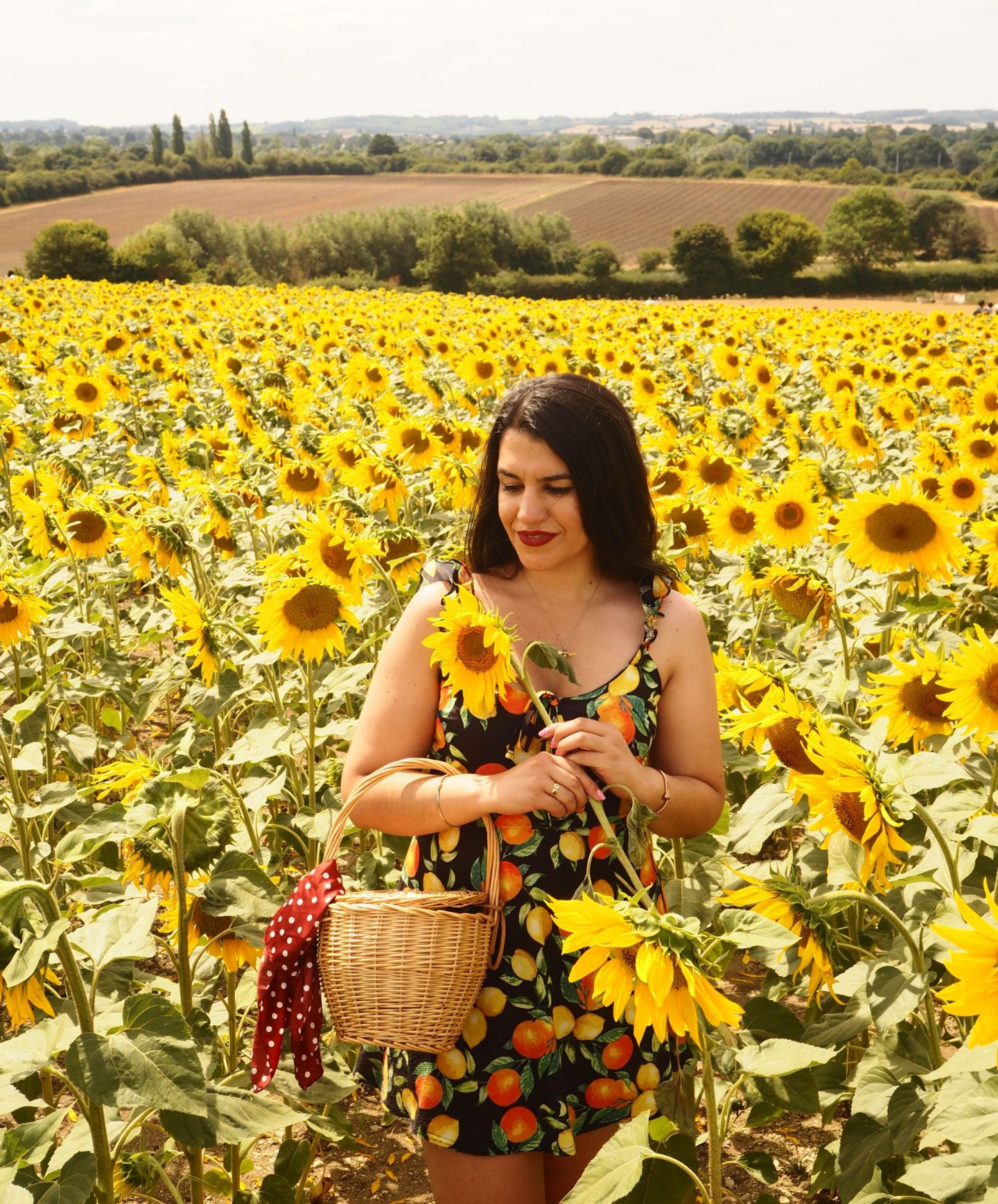 Hitchin made me fall in love with sunflowers. I couldn’t have cared less about them until I walked amongst them and realised what beautiful beings they are. I’m not only mind-blown by how they’re in sync with the sun, but I loved how tall they stand and how cheery they are. 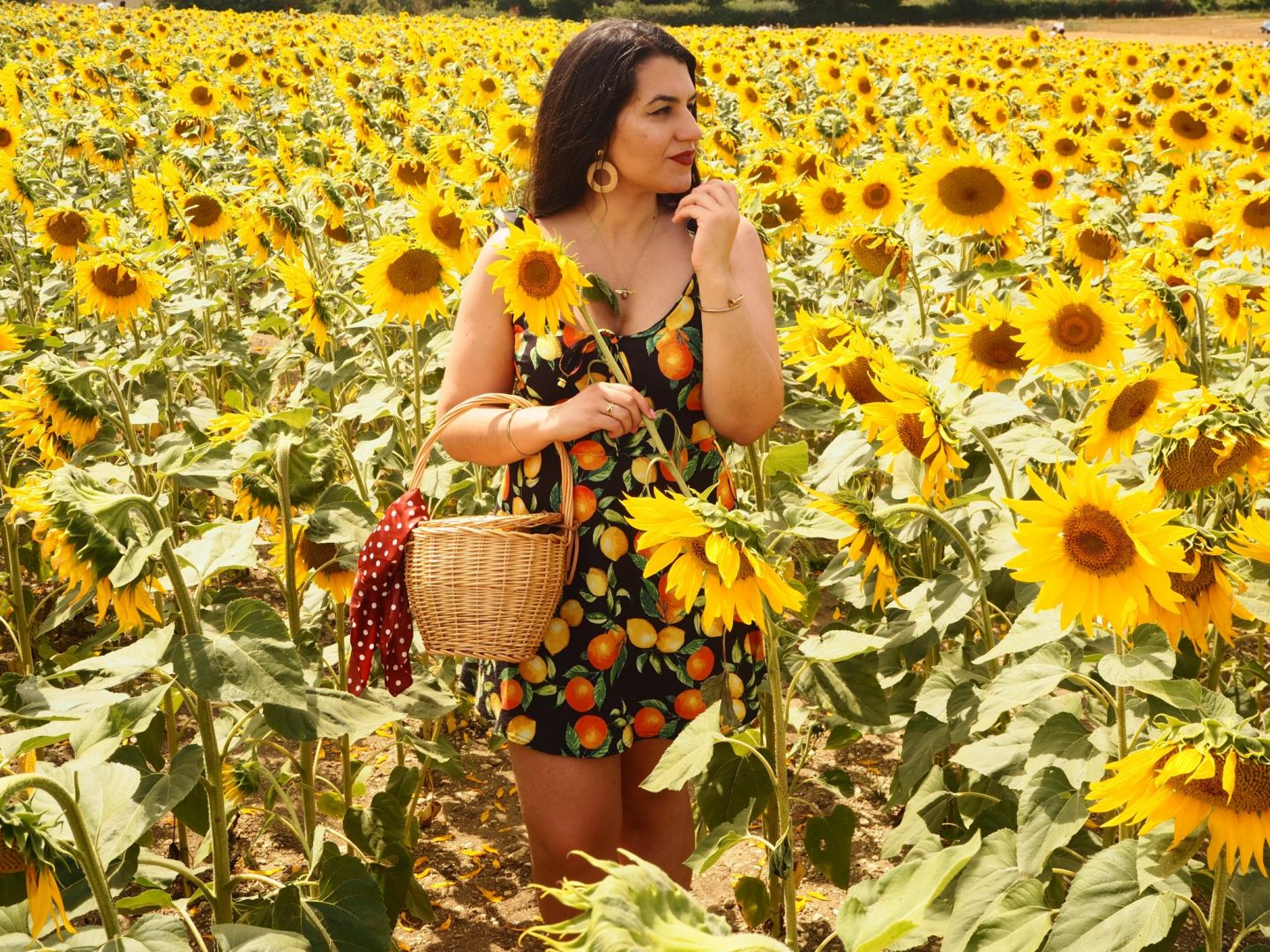 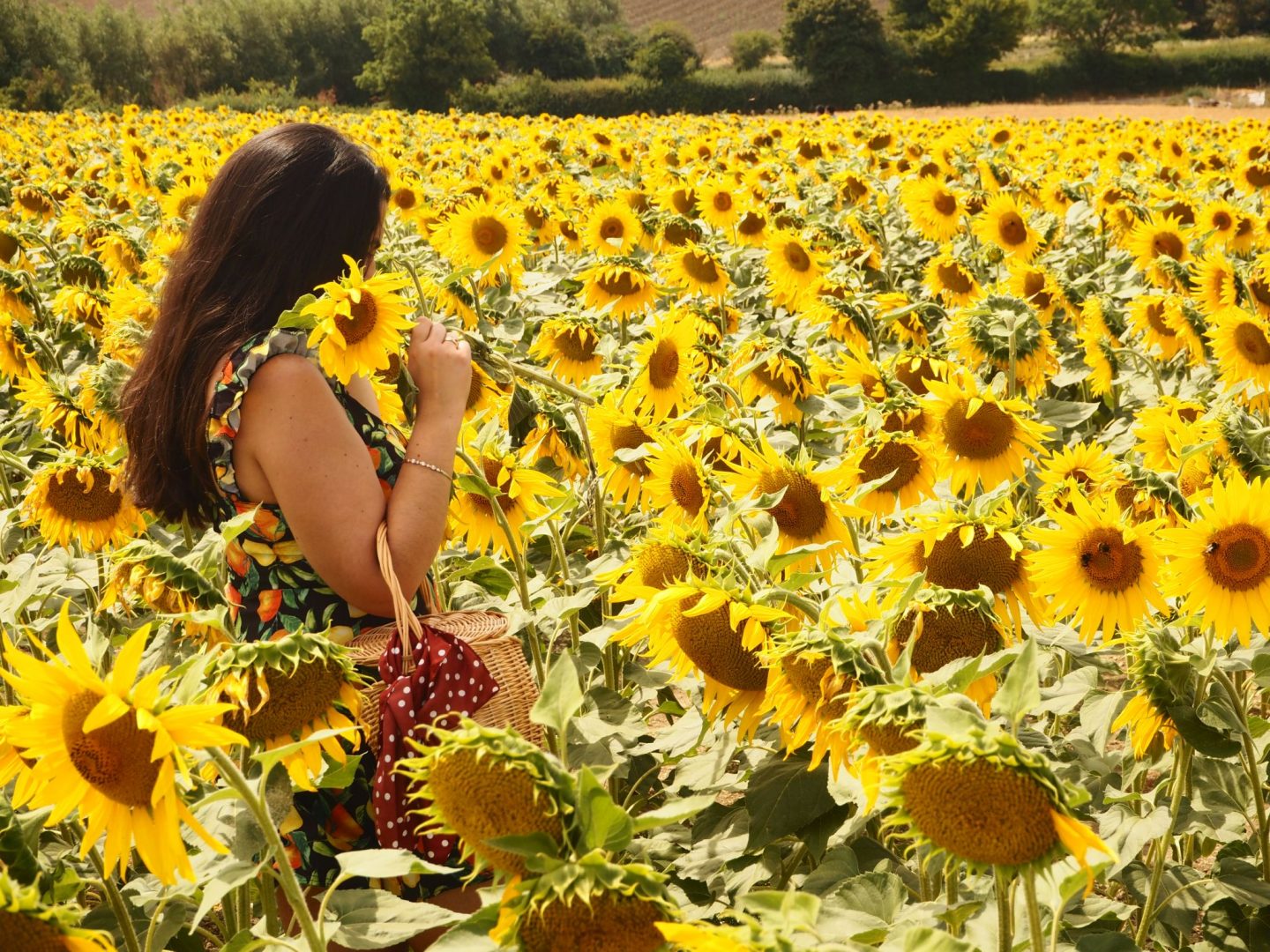 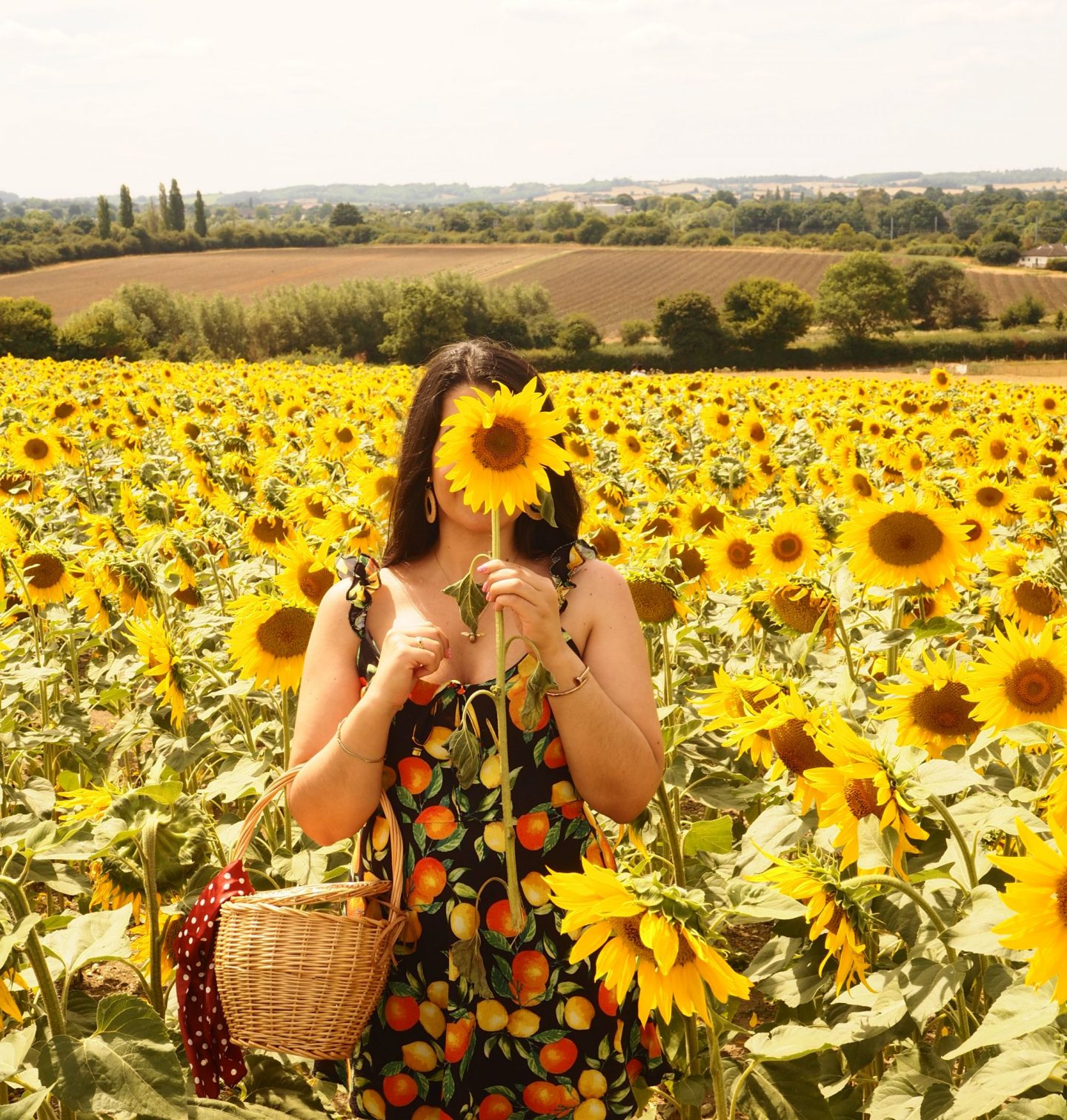 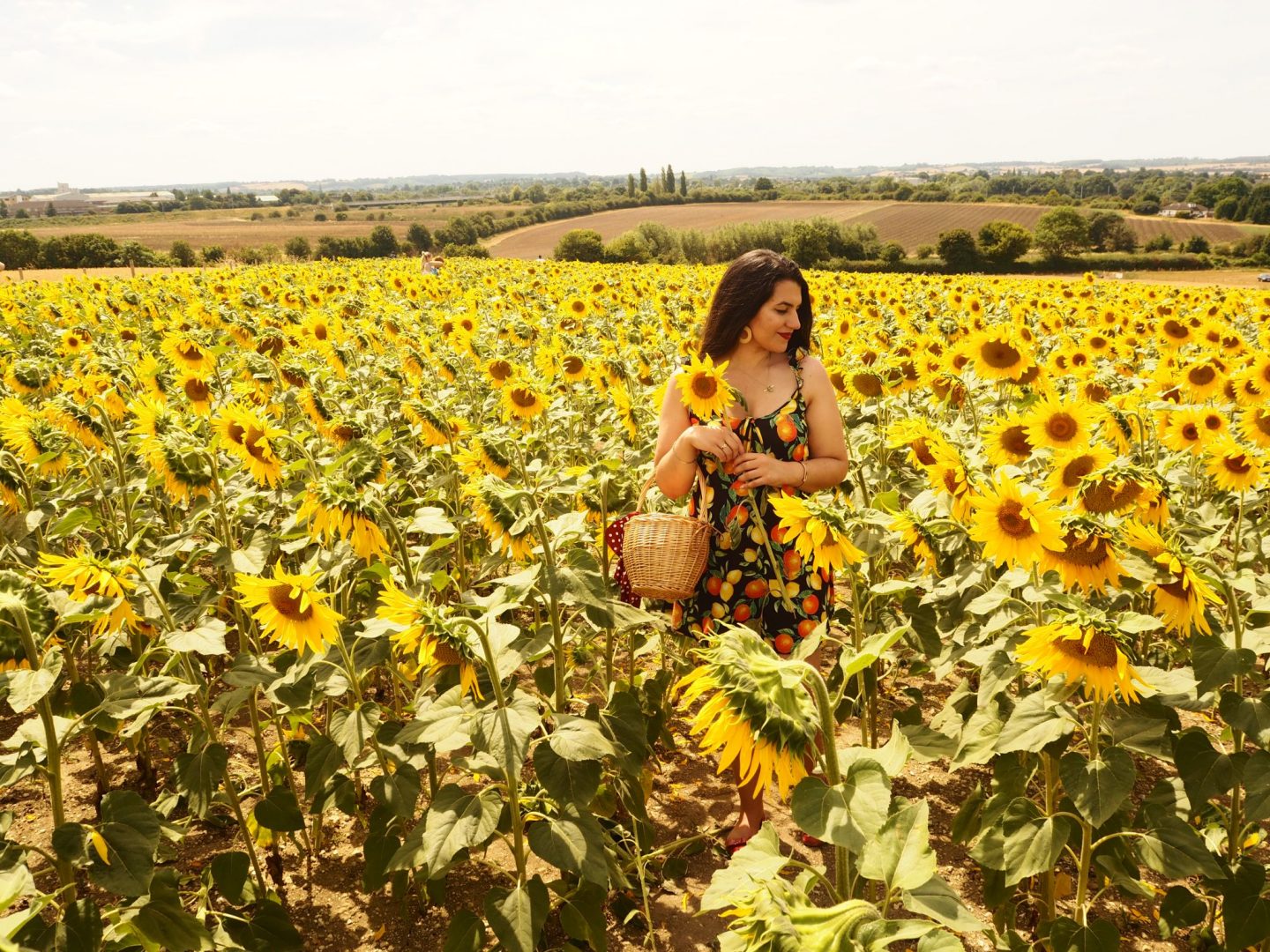 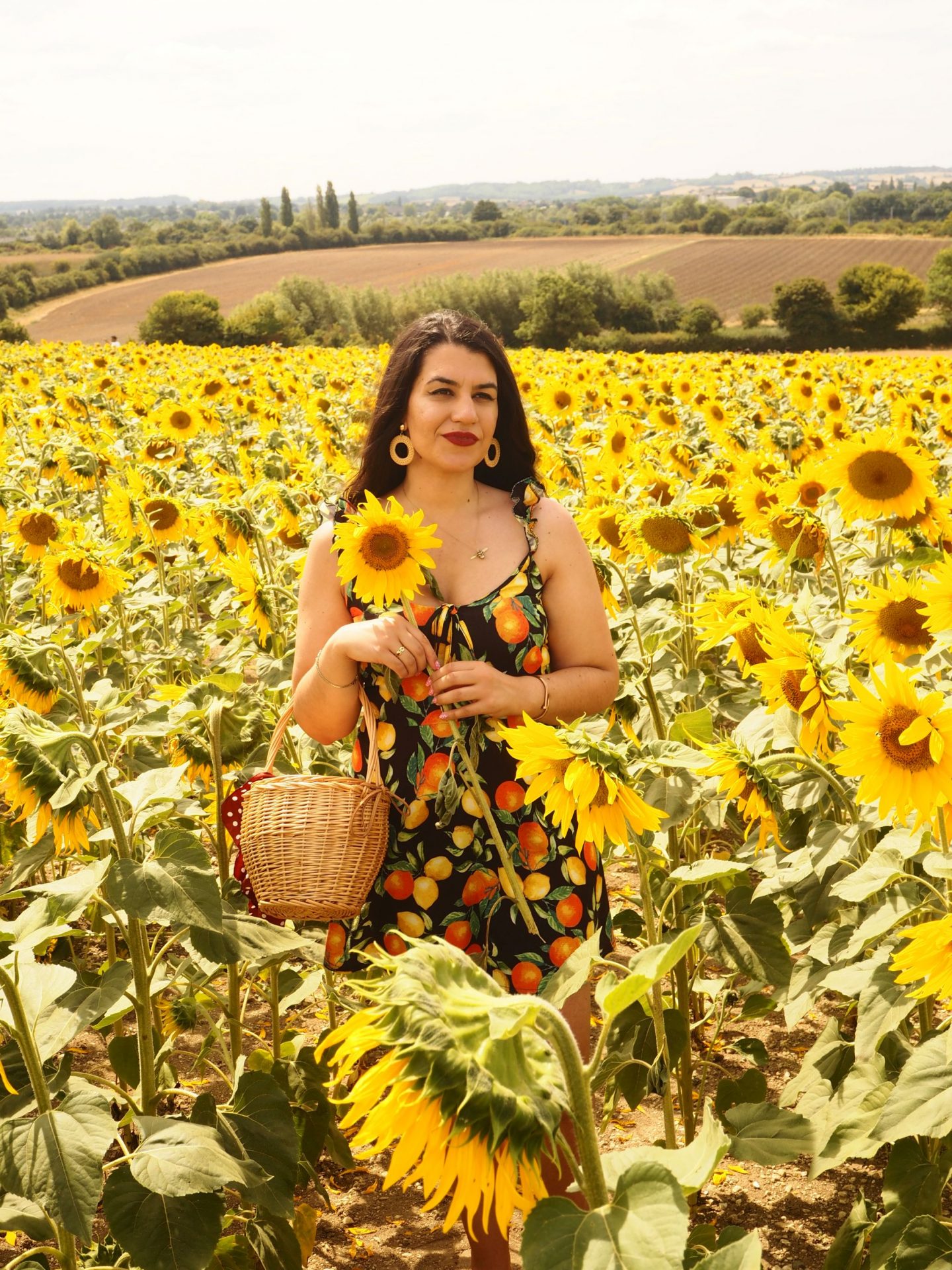 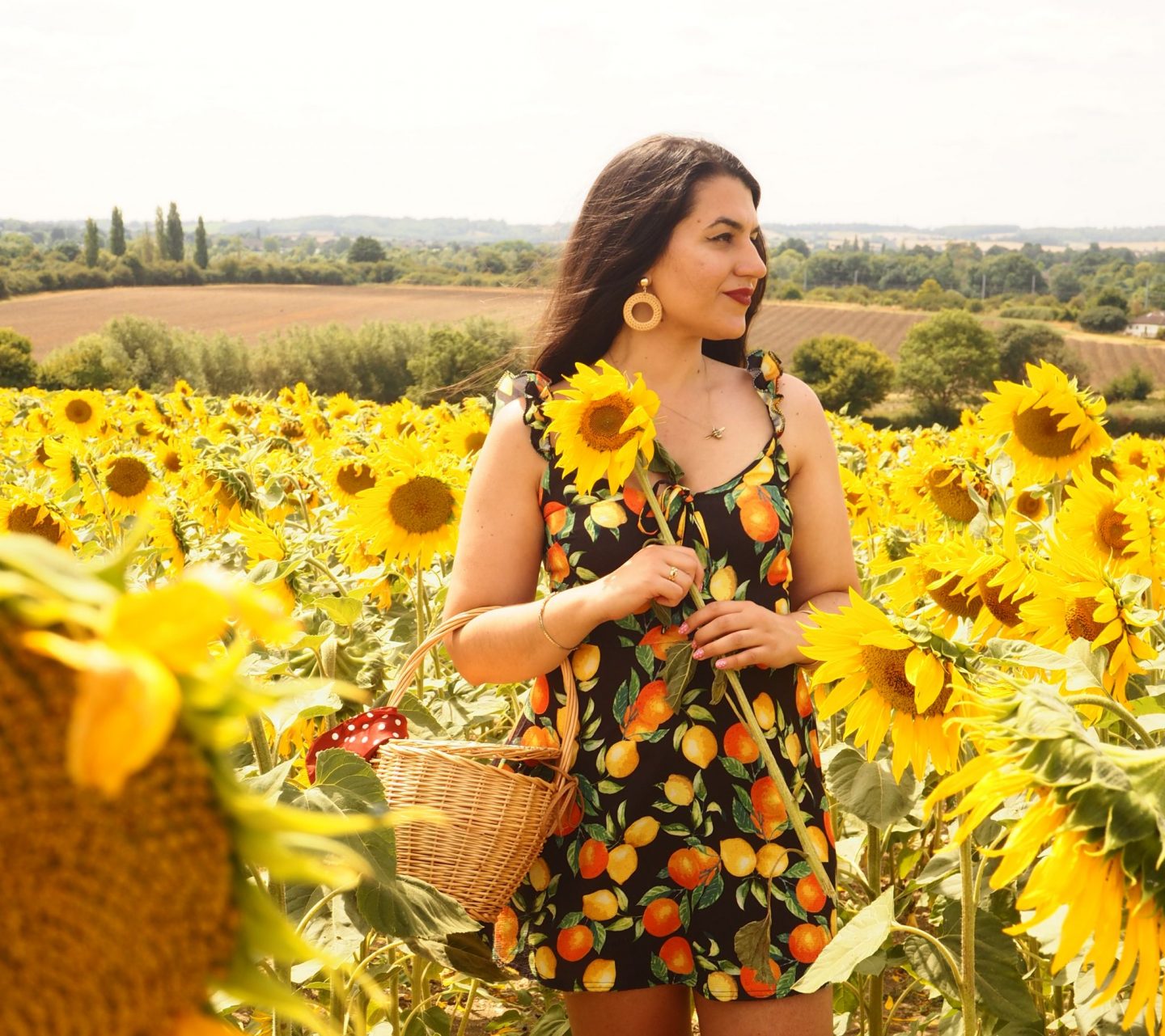 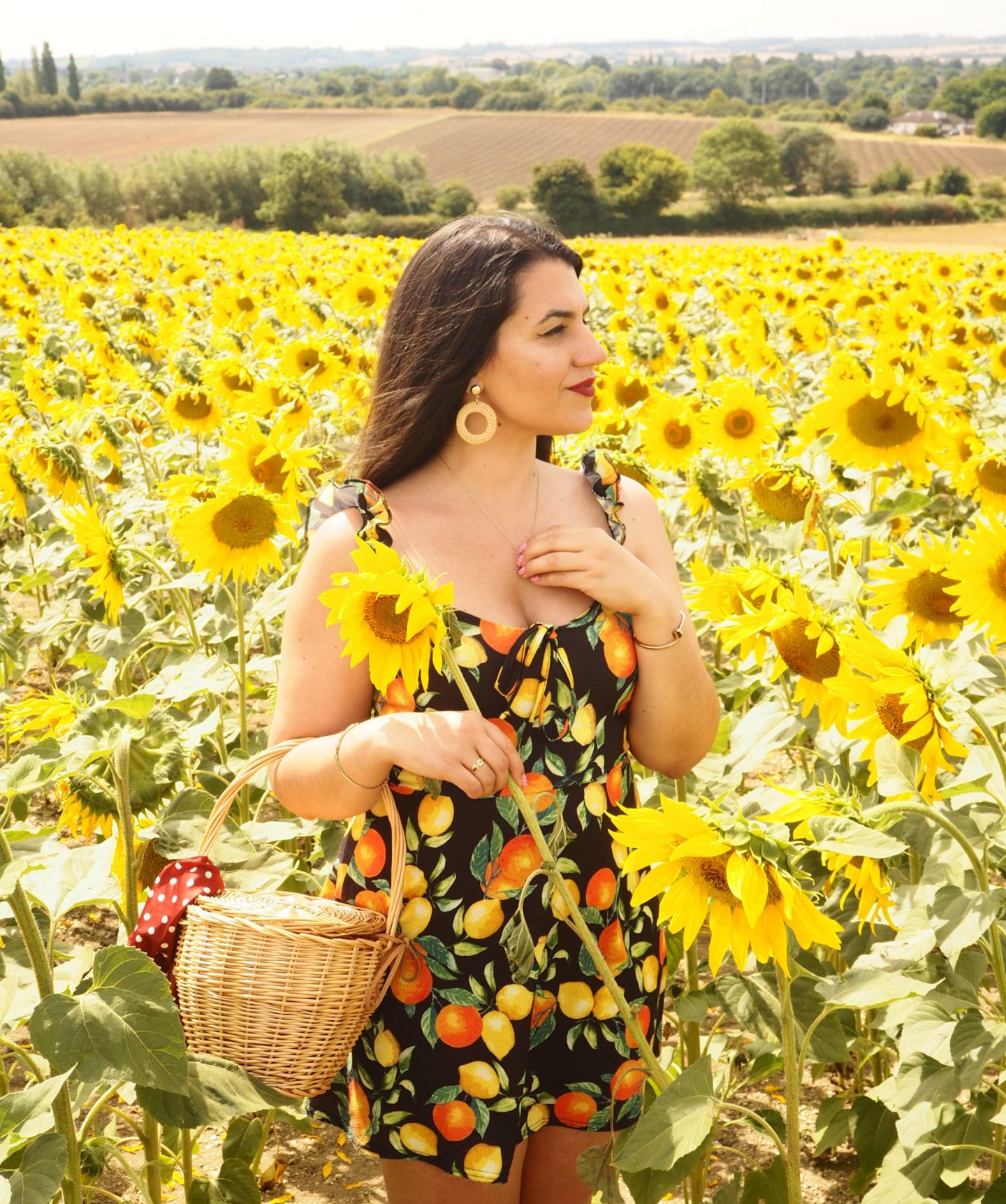 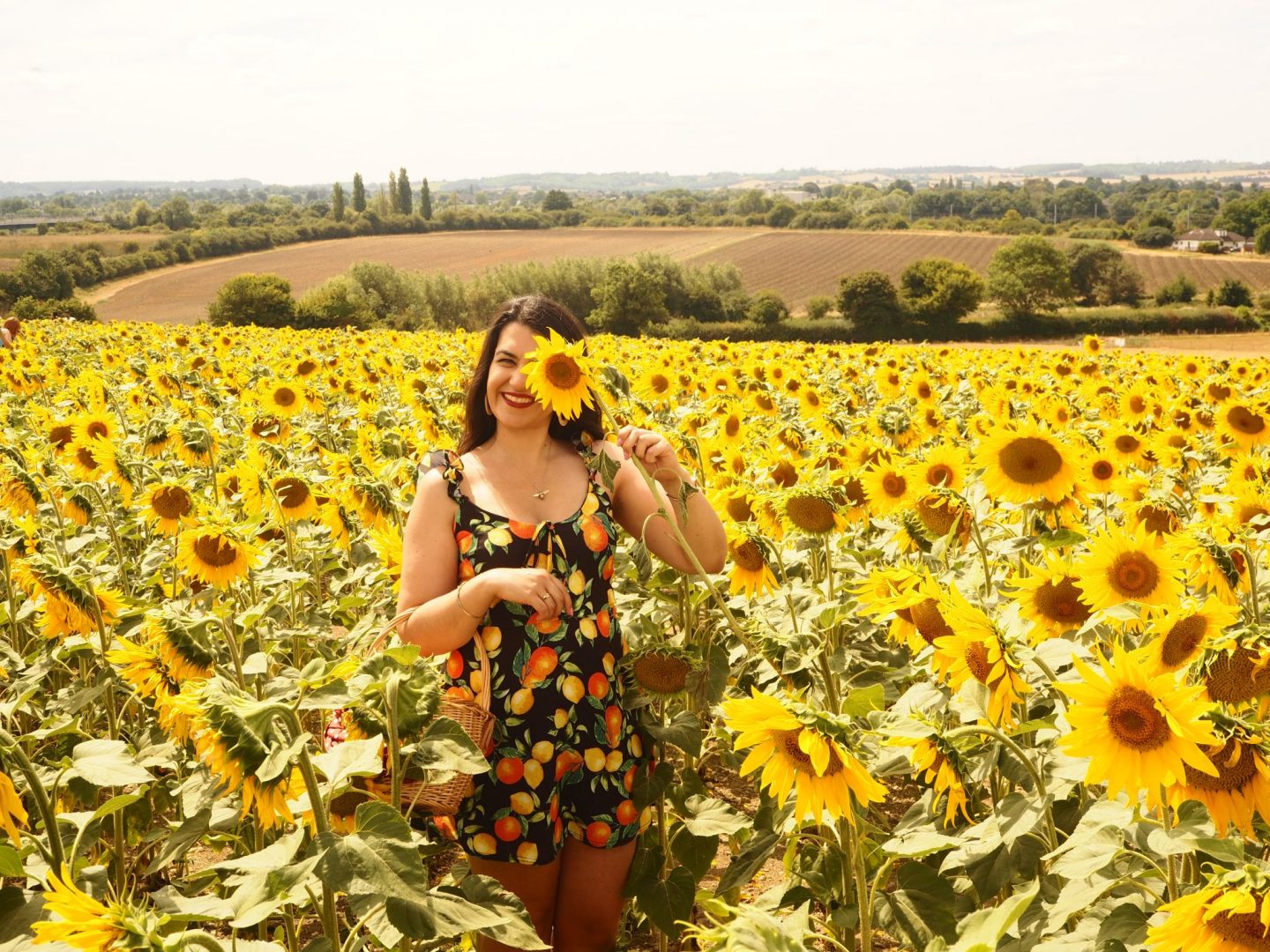 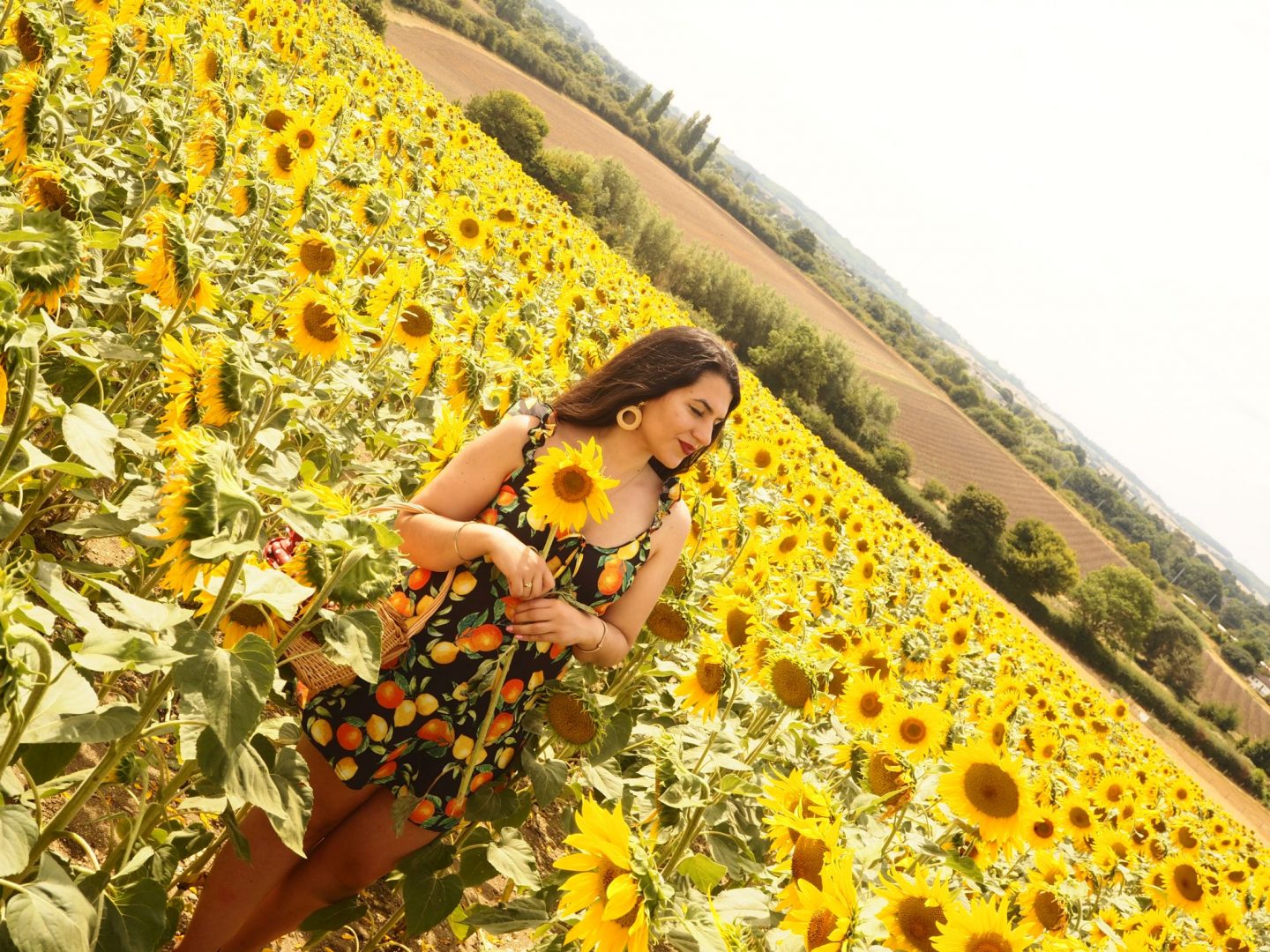 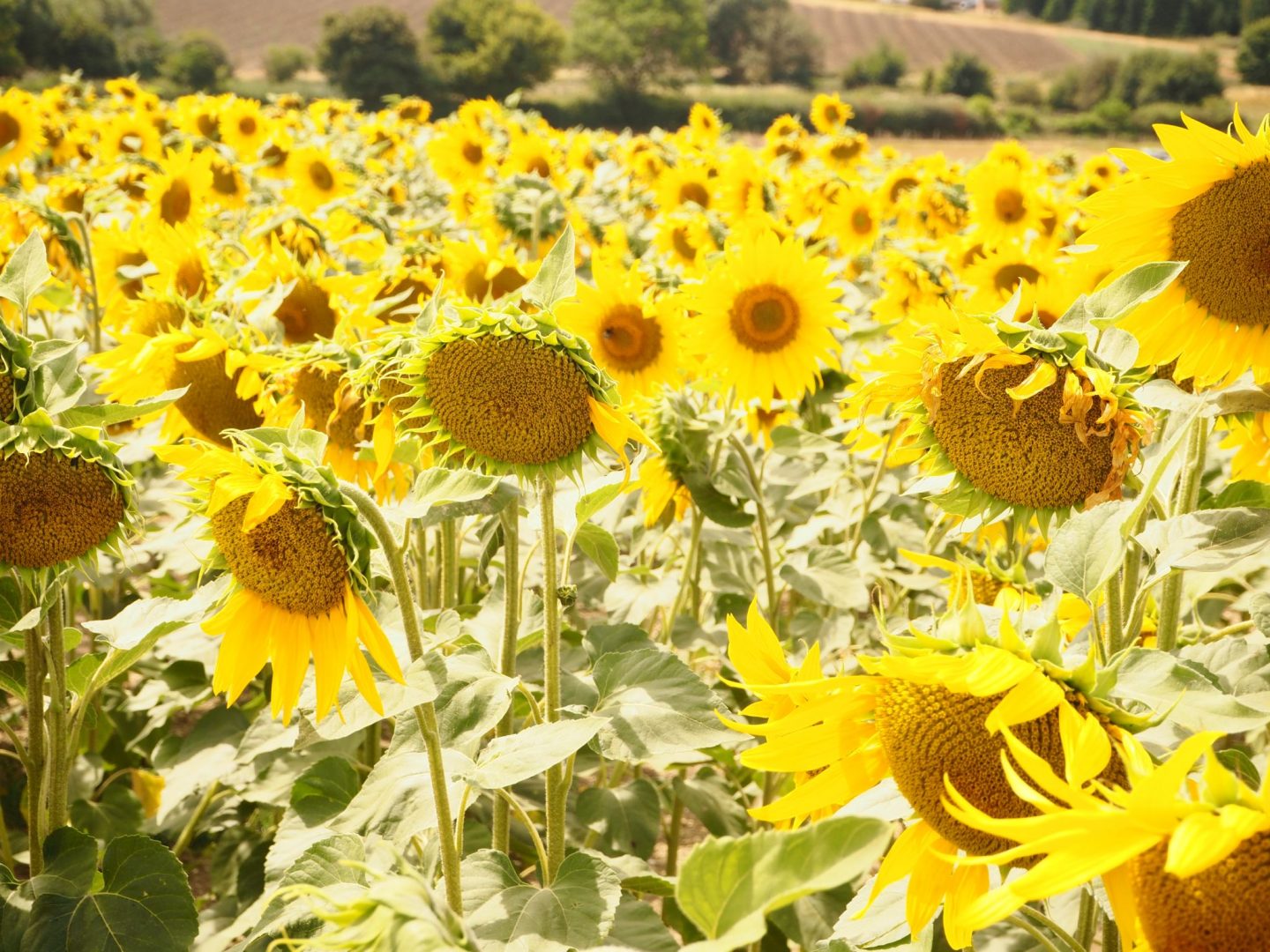 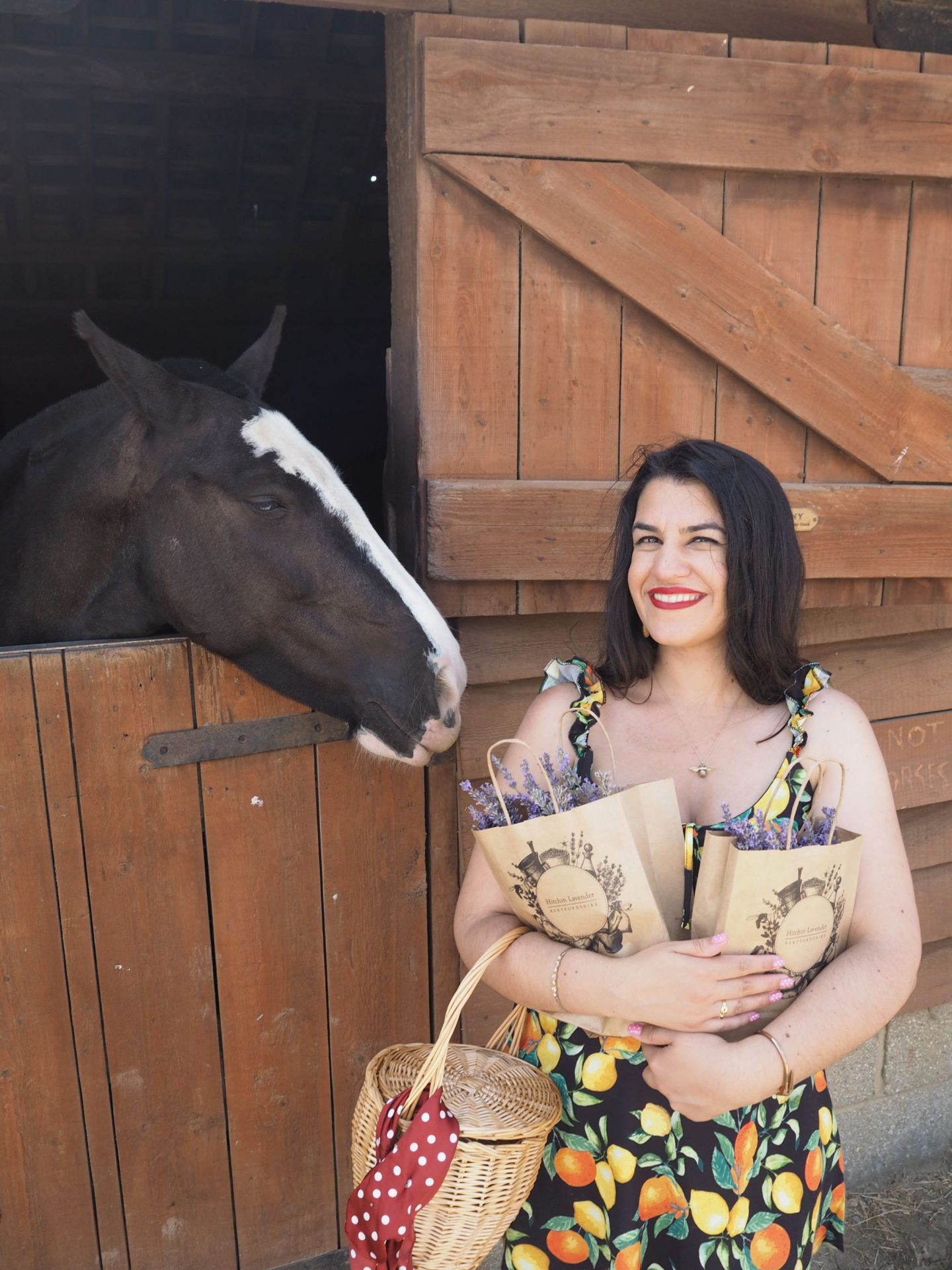 Conclusion: I’ve made my piece with lavender fields. It’s also funny how back in 2015 I managed to put up four pictures of Mayfield on Instagram and yet this time around I’ve only put up one single lavender picture (see here), my horse picture and no more than two sunflower pics (here and here), despite having many more amazing pictures. I *think* this time it’s more of a precious memory rather than an Instagram moment.

I love lavender – I’ve put it in different parts of the house and to this day it still gives off a lovely scent. But while I get the fuss with lavender, I think sunflowers are so underrated – I wouldn’t be surprised if they become next year’s Insta-flowers. Also, horses are amazing – the fact that I got to photograph and pick lavender and sunflowers while basking in the sun and admire these beautiful creatures all in one place was amazing. Not to mention that one of the horses was super curious about my basket bag (which sadly didn’t carry any carrots).

I know everyone keeps banging on about summer being over but technically speaking it’s still summer for another 17 days and overall, it’s still quite warm in this island. So if a lavender field is on your to do list, maybe it’s worth one last trip before these farms close for the next nine months. Otherwise, see you in 2019!