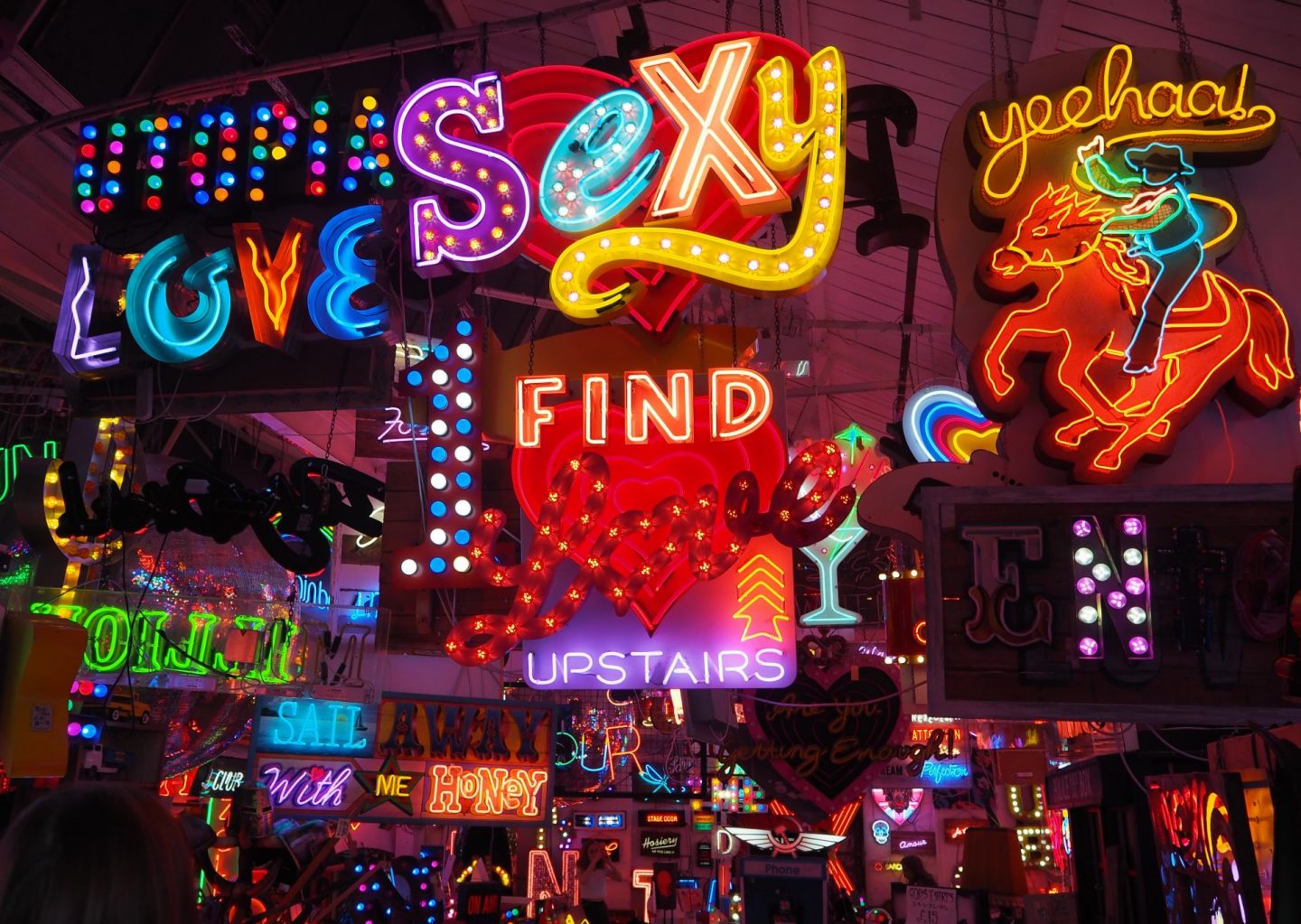 I genuinely thought I was going to have absolutely no issue keeping this post down to 10 images – and wow, how wrong was I. So wrong that nope, 10 images was out of the question – I struggled to keep the number under 20. So apologies for the photo bombing but sweet bananas, God’s Own Junkyard is the most amazing place on earth (see what I did there?) and it’s so freakin’ beautiful that how could I not share a bunch of pictures of it?

I’d been wanting to go for years and finally managed to go last month – I went there with a friend and my mum, which for her was amazing to see as a tourist. We were there for a while, although shockingly I only took 57 pictures (I feel like I could have taken hundreds). It was everything I could have hoped for and more, but rather than just share a bunch of neon-tastic signs I thought I’d delve into the story of God’s Own Junkyard and share it with whoever hasn’t been (or has and is curious to know more) and hopes to go. 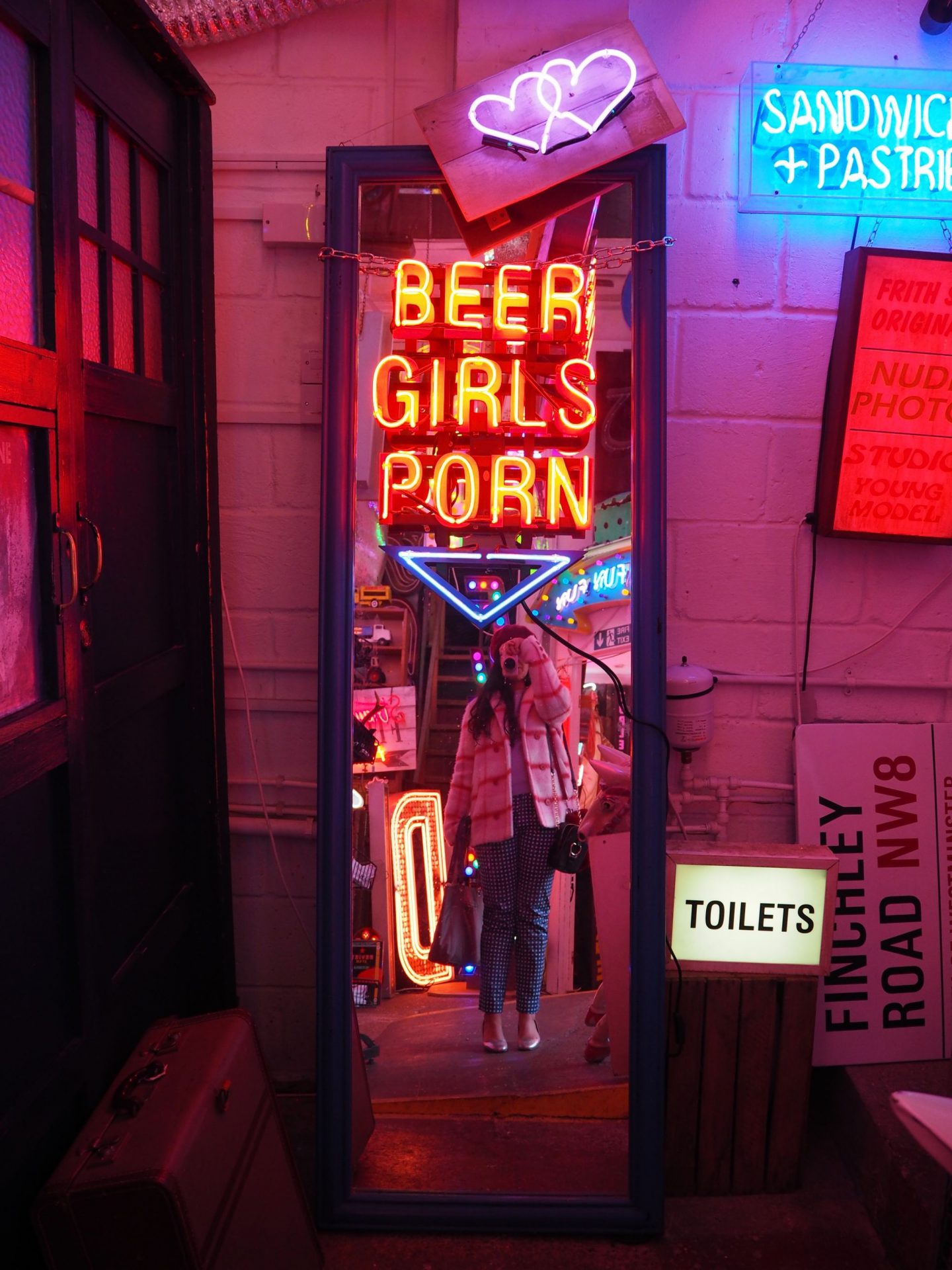 First off, in case some of you don’t actually know what God’s Own Junkyard is, it’s basically a warehouse located in Walthamstow that is bursting with all kinds of neon signs and old signage. It was created by a Walthamstow local named Chris Bracey, who spent a huge part (if not most) of his life creating neon works of art. 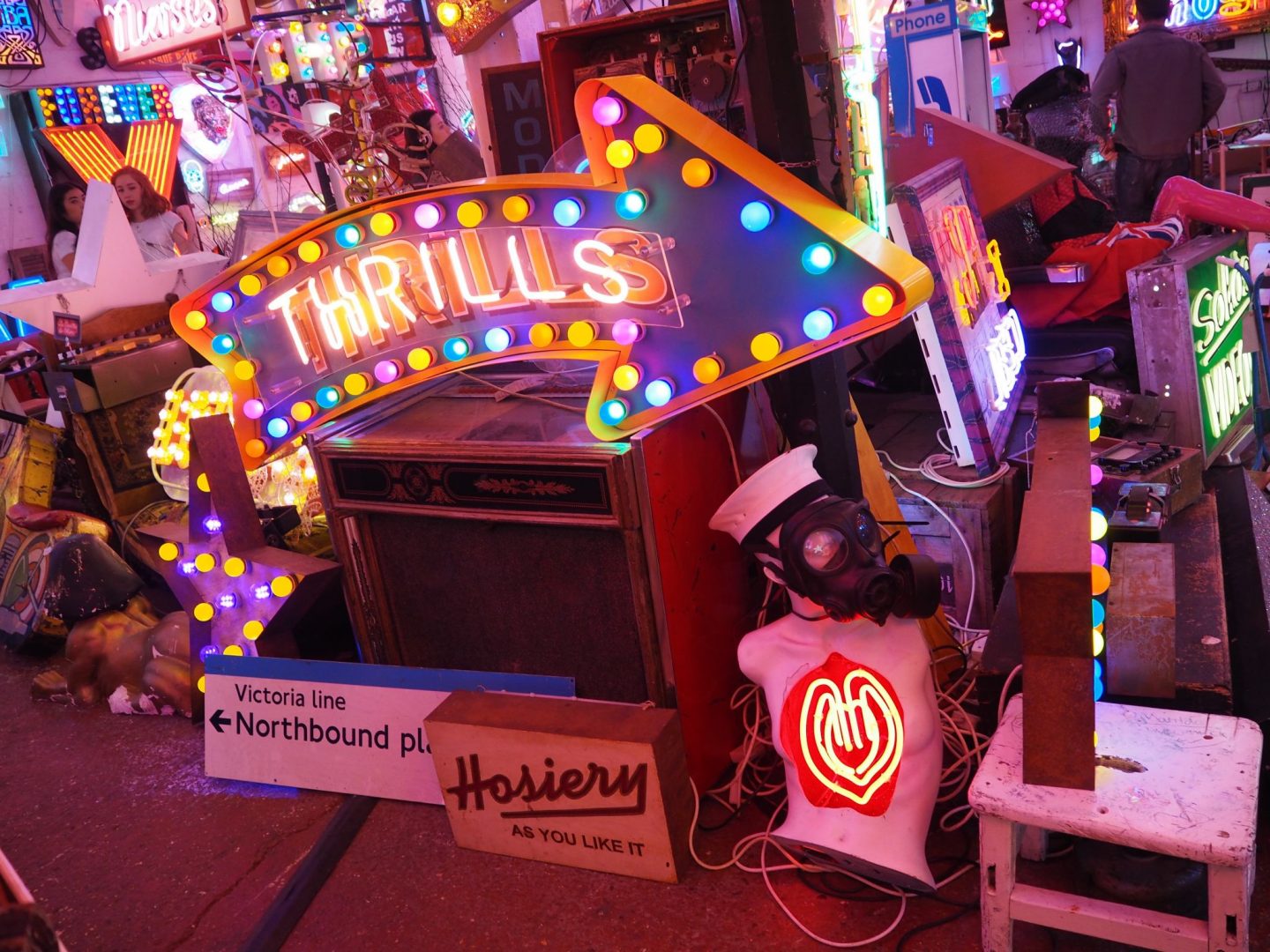 From what I know Bracey had some form of training and work experience in graphic design (he did a foundation course at The London College of Communication) before joining his father’s neon business – which makes perfect sense from a creative point of view, right? Bracey’s career flourished in the 70’s, when he started making signs for pretty much every sex club in Soho. But he did much more than physically produce the signs – he would mostly (if not always) come up with the concept, design and even the wording himself. 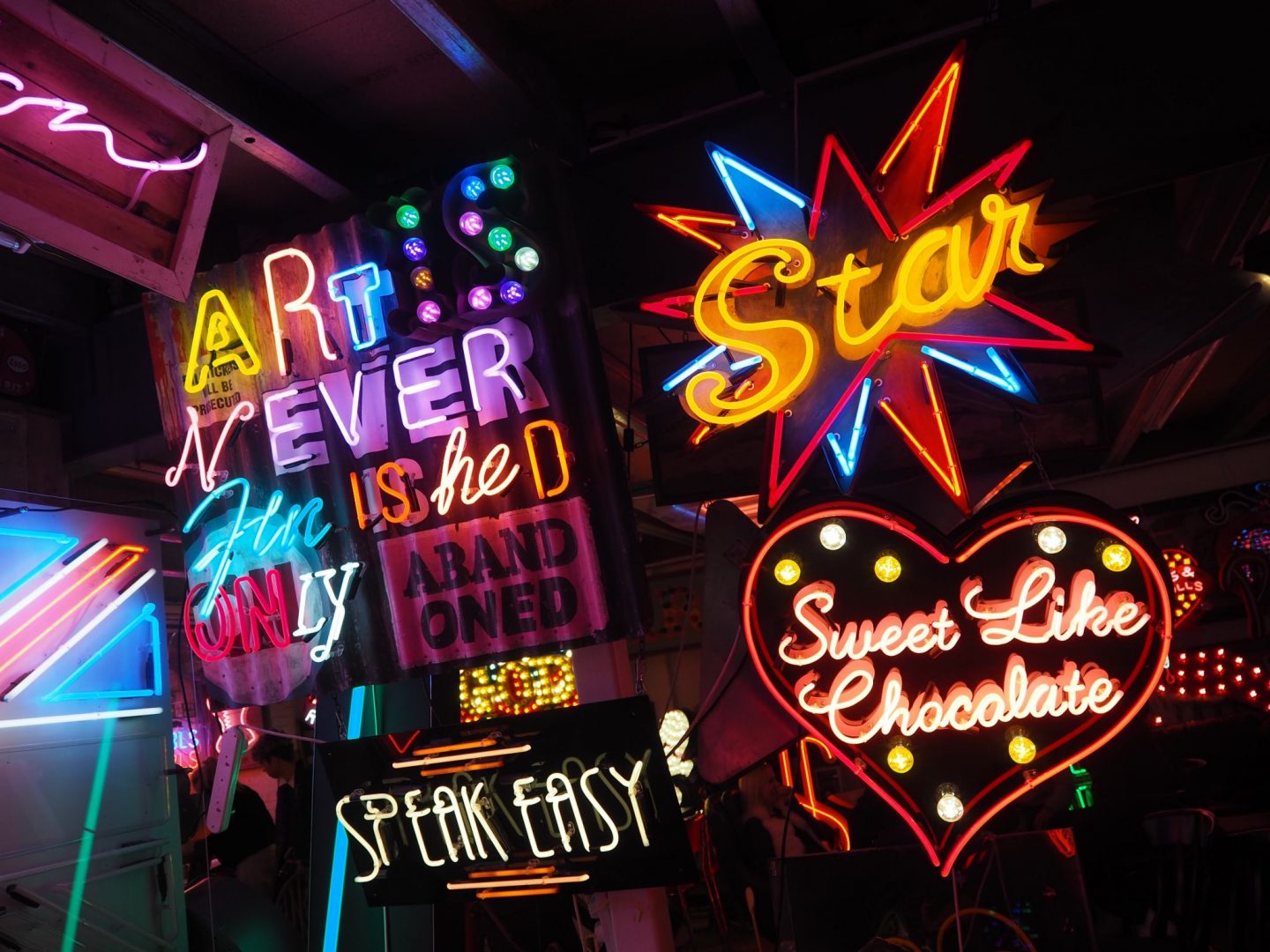 Bracey stated that witnessing the neon work of American artist Bruce Nauman had a profound effect on him, realising that neon-making really was a form of art.

In the eighties his work got noticed by some of Hollywood’s hot shots, which lead the Neon Man (as he became known) to create work for different films, such as Blade Runner, Mona Lisa, Eyes Wide Shut and Captain America to name a few. From deliciously seedy yet somewhat glamorous sex clubs to Hollywood, it seems like there was no creative field that Bracey did not lend his beautiful talents to. He also created work for celebrities and even brought different contemporary artists’ neon concepts to life. 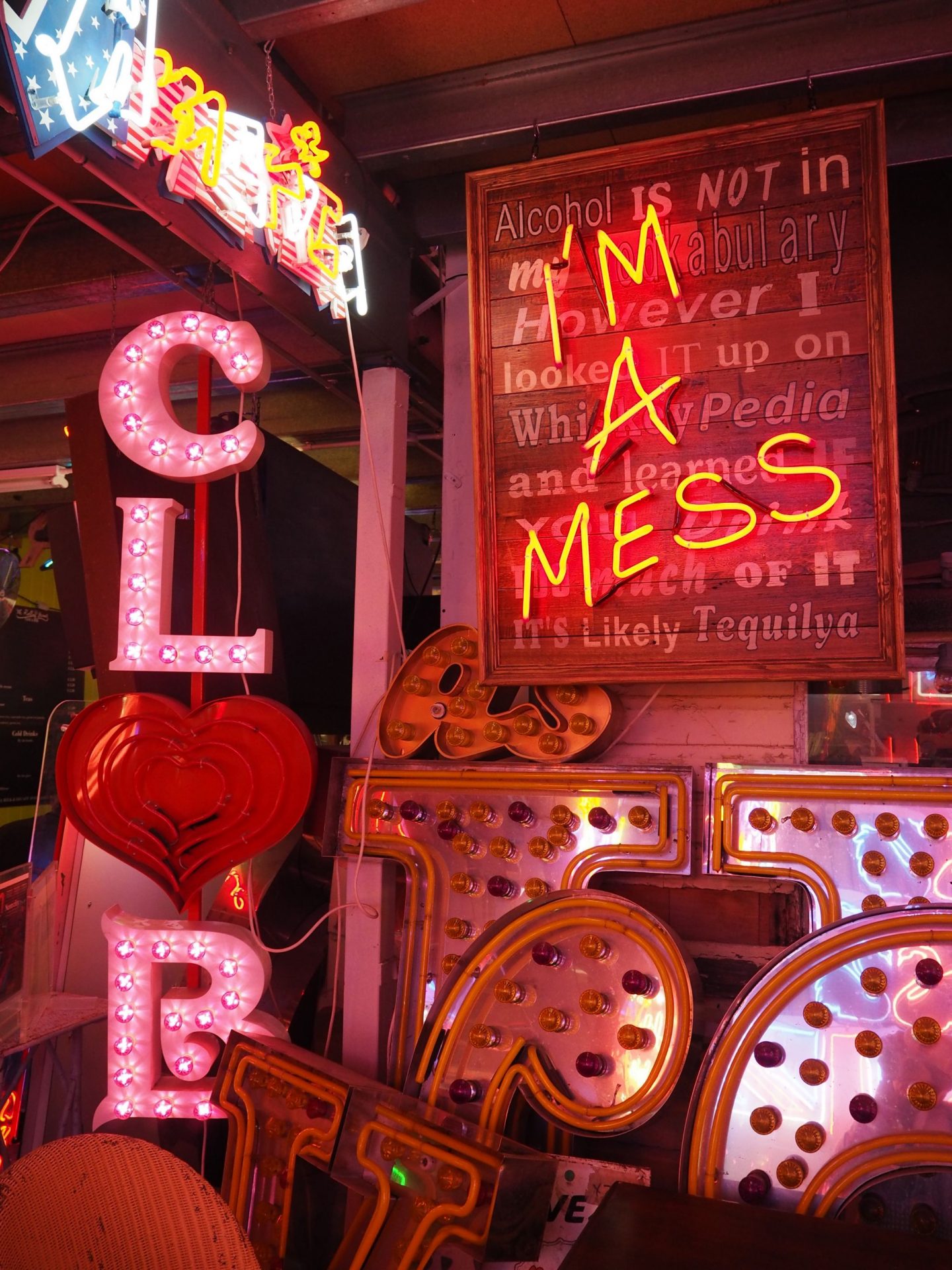 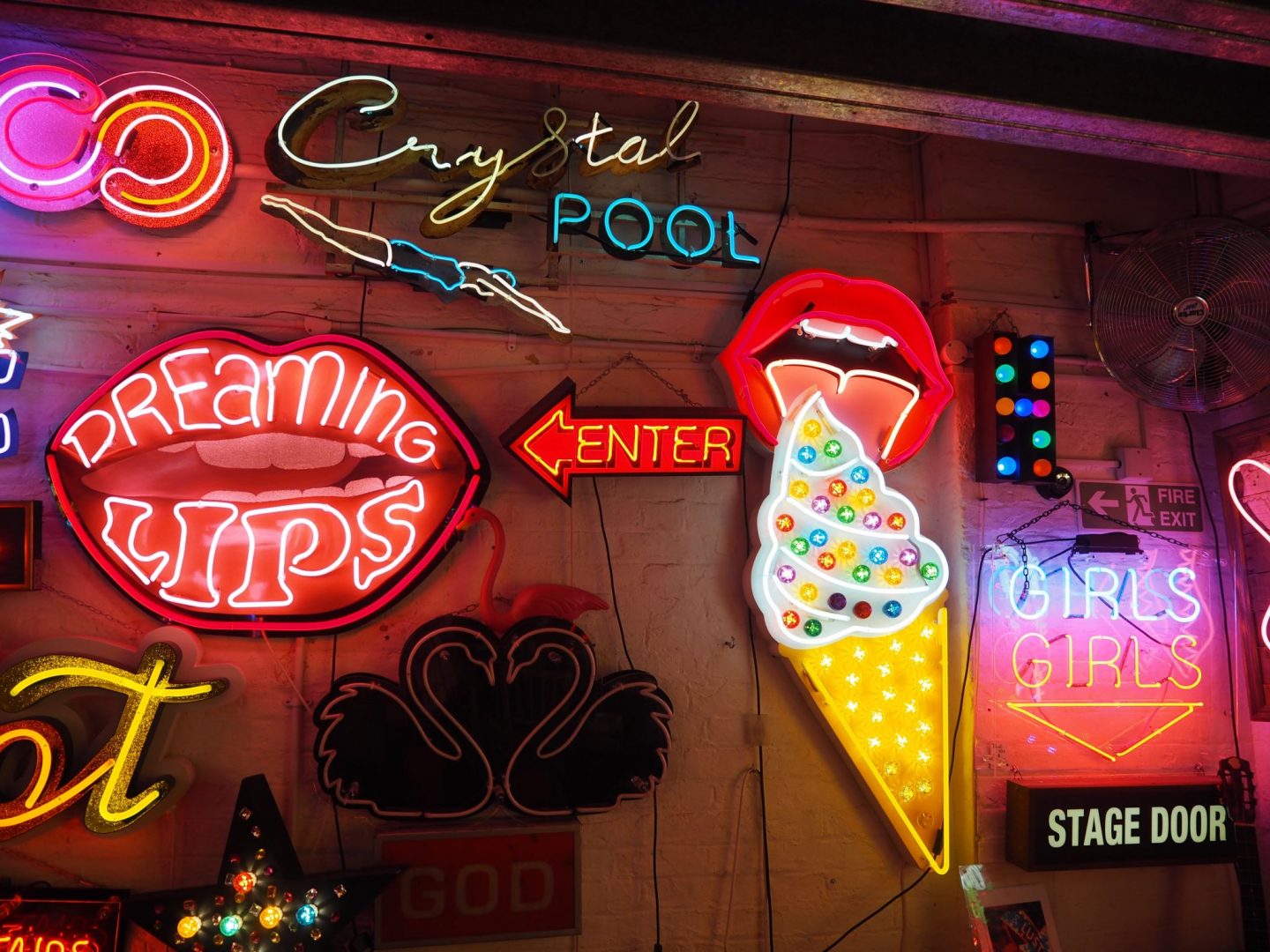 Shockingly, it wasn’t until the Noughties when Chris Bacey’s work began to get showcased and sold in galleries – he held his first ever solo show in London in 2013 at Scream gallery, beautifully named “I’ve Looked Up to Heaven and Been Down to Hell“. 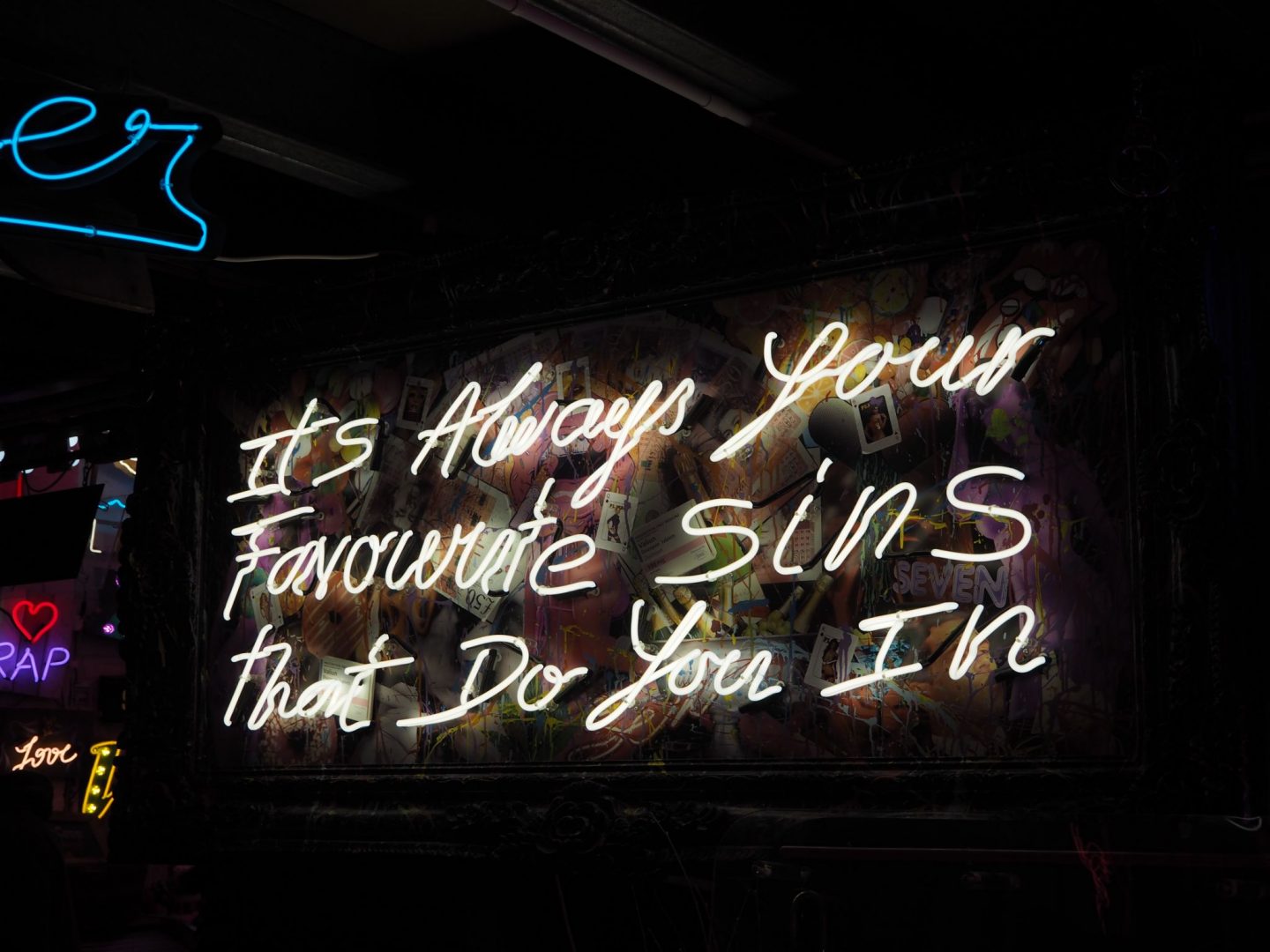 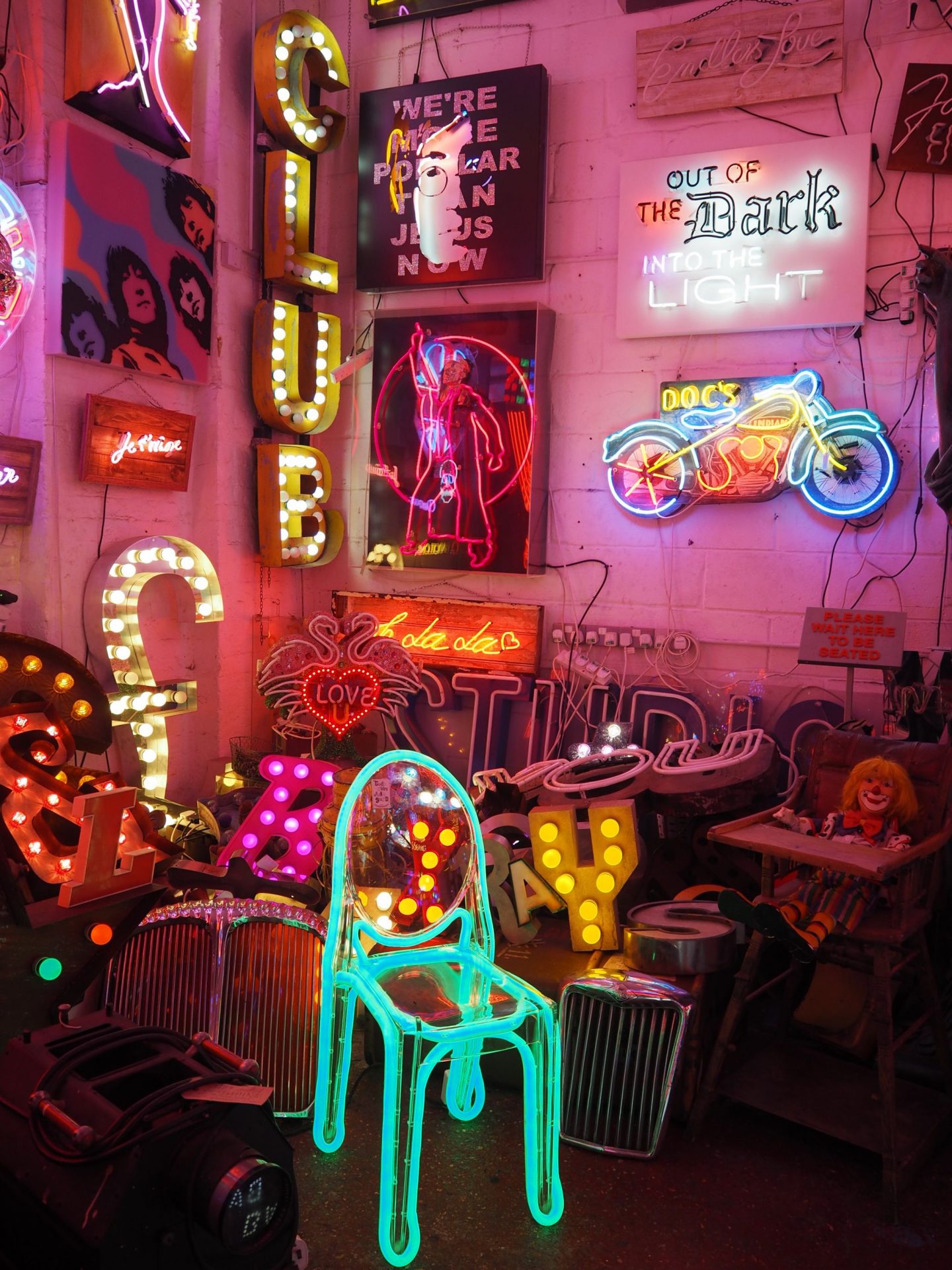 Chris Bracey died of cancer in November 2014 – he was only 59. I would have loved to meet this East Ender, who from the sounds of it had a great sense of humour and was completely unassuming. God’s Own Junkyard was his studio-cum-warehouse, where he successfully combined art and craftsmanship together with a small team. Thankfully, it’s now also his legacy and a true gem to be found in Walthamstow. Sure, it may have become a hipster’s paradise with Walthamstow being one of the most artsy and gentrified areas of London, but there is nothing inauthentic about God’s Own Junkyard. 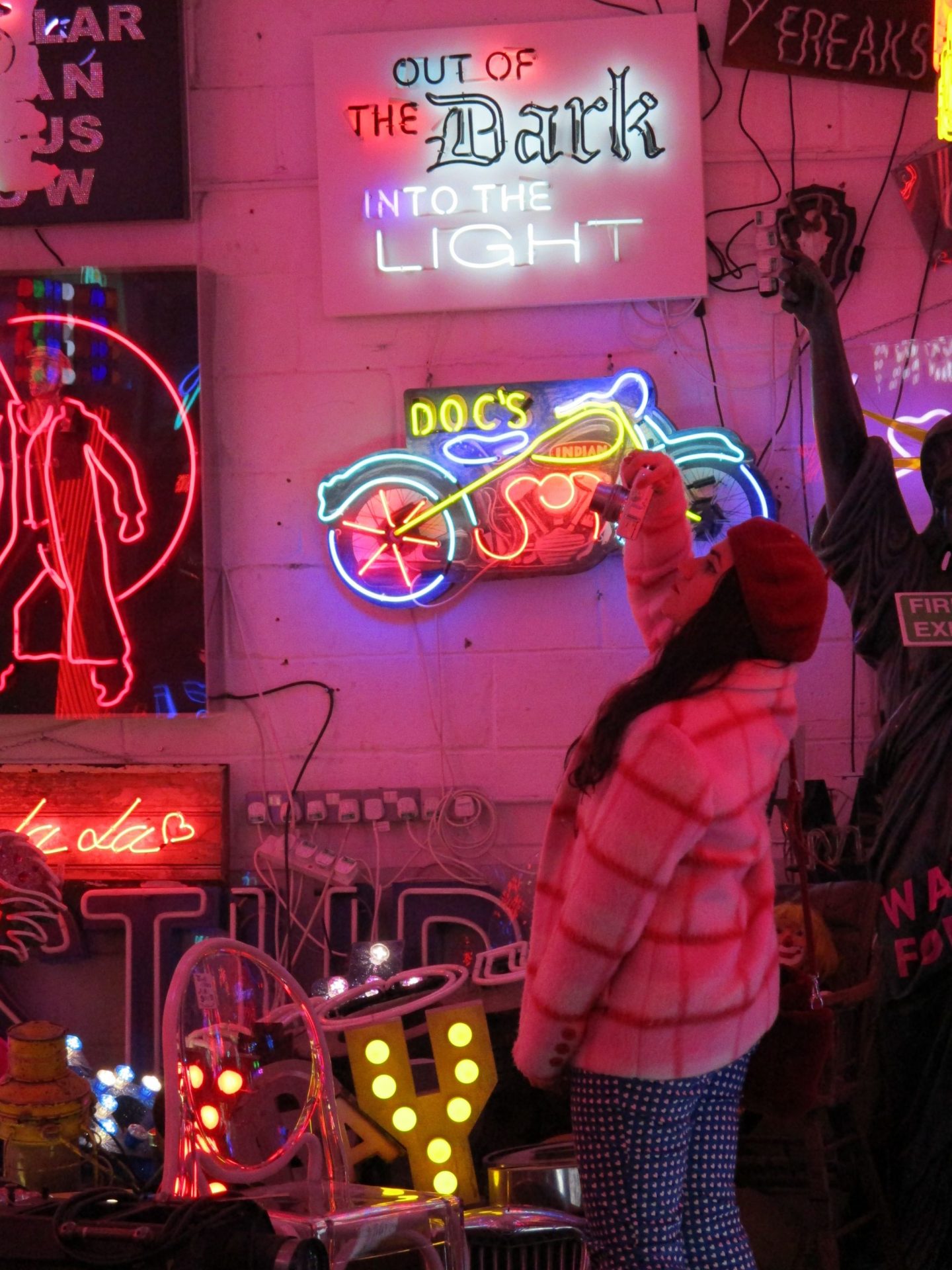 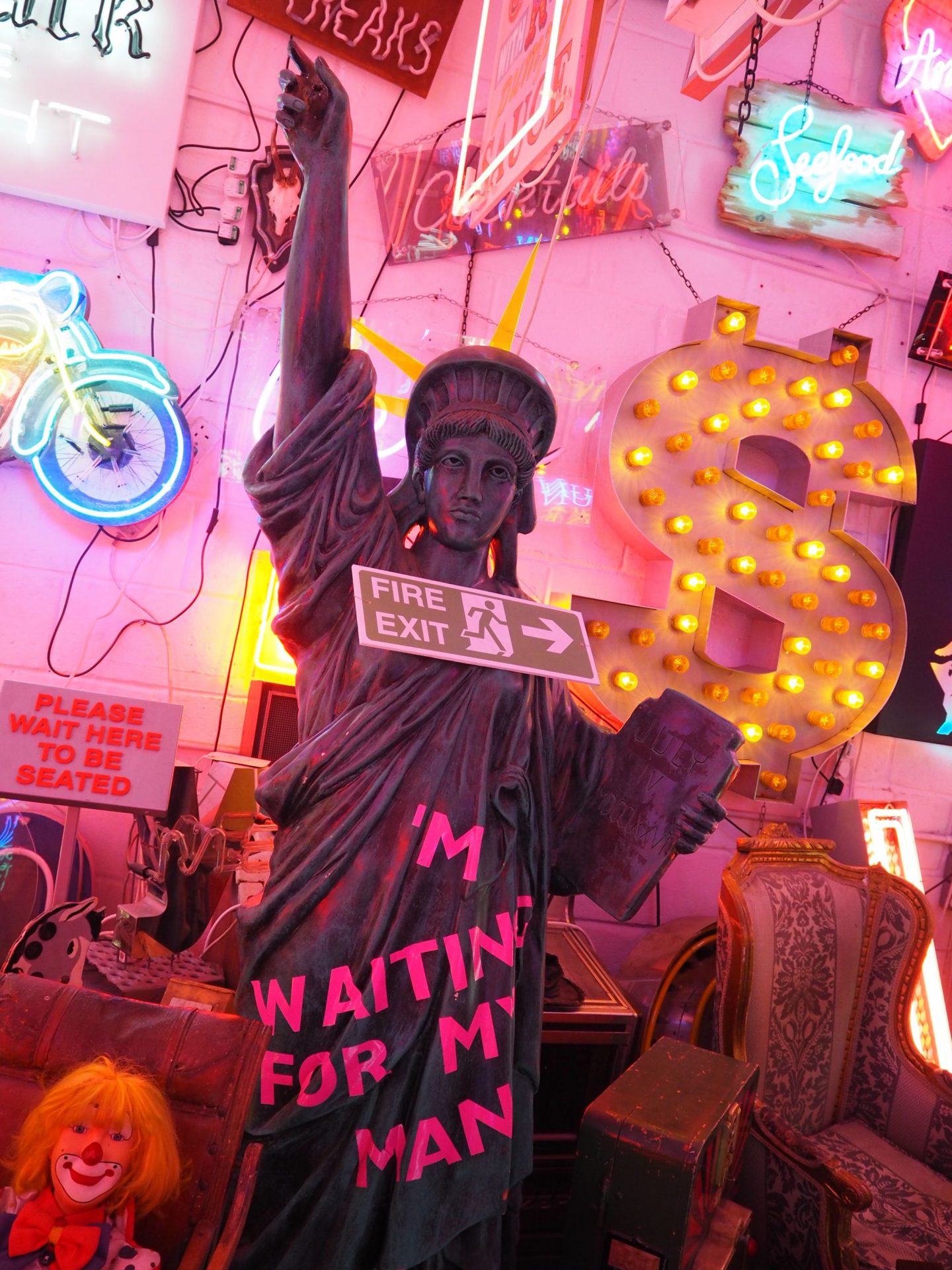 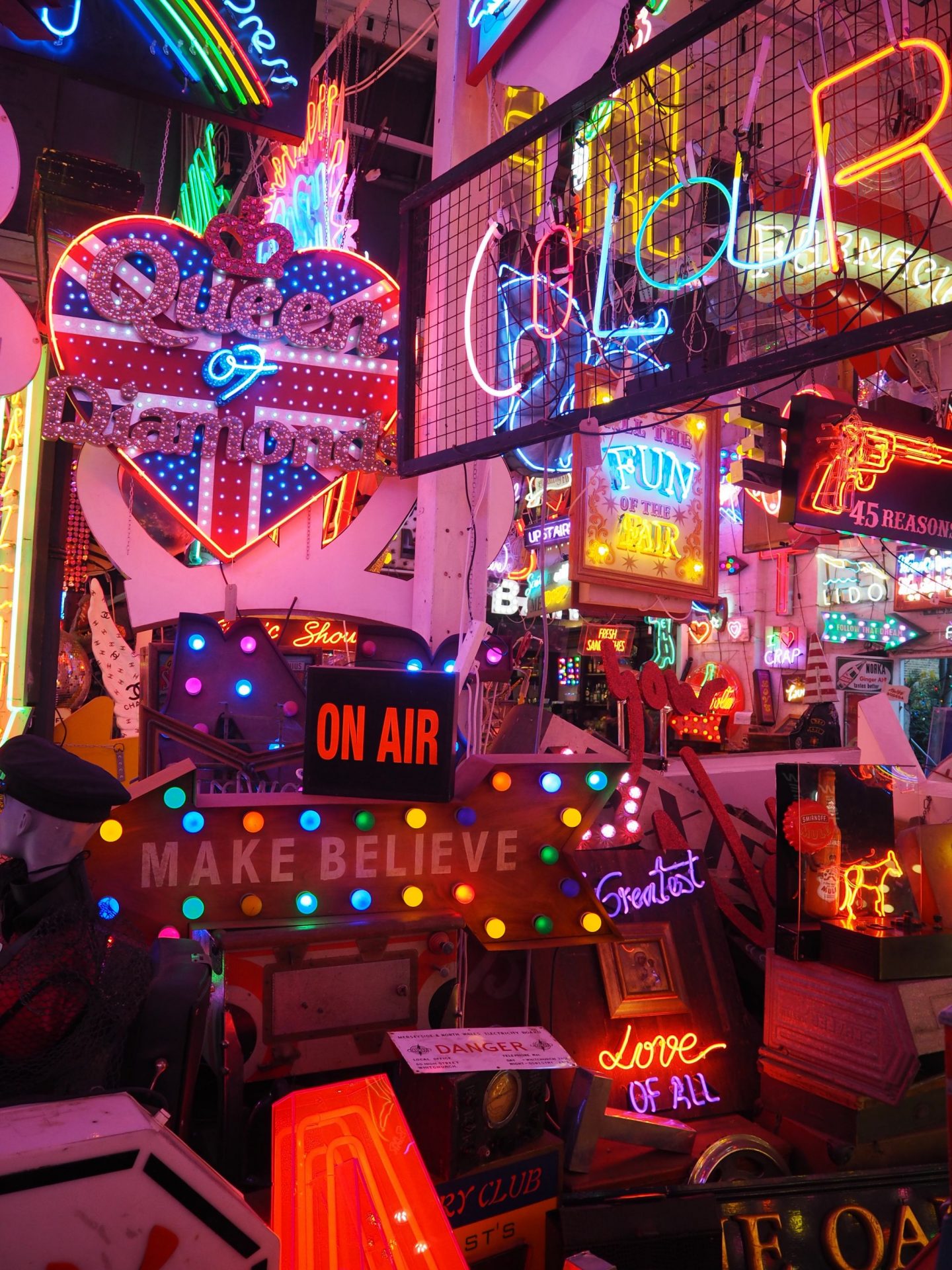 As well as an accomplished neon artist, Bracey was an avid collector and lover of all things neon and vintage signage. God’s Own Junkyard hosts many of his findings and is, as well as a home for much of his work and backdrops he created for films, a plethora of discarded shop signs, religious statues (Bracey was keen on religious iconography), vintage Americana and other curiosities.

He was also a perfectionist – if something didn’t turn out the way he wanted, he would do it again. He never made more than 3 copies of anything and didn’t want to sell his work because he loved what he created – as someone who has done art in the past, I can totally relate to this kind of emotional attachment one can develop with their creations!

Inspired by religion, eroticism, lyricism, music, and naturally, the concept of heaven and hell, Bracey developed a highly distinctive neon language. He embraced and took kitsch to another level, giving it his own personal touch – it is interesting to feel that behind all of those bright lights there is an underlying darkness, albeit not without a humorous touch. 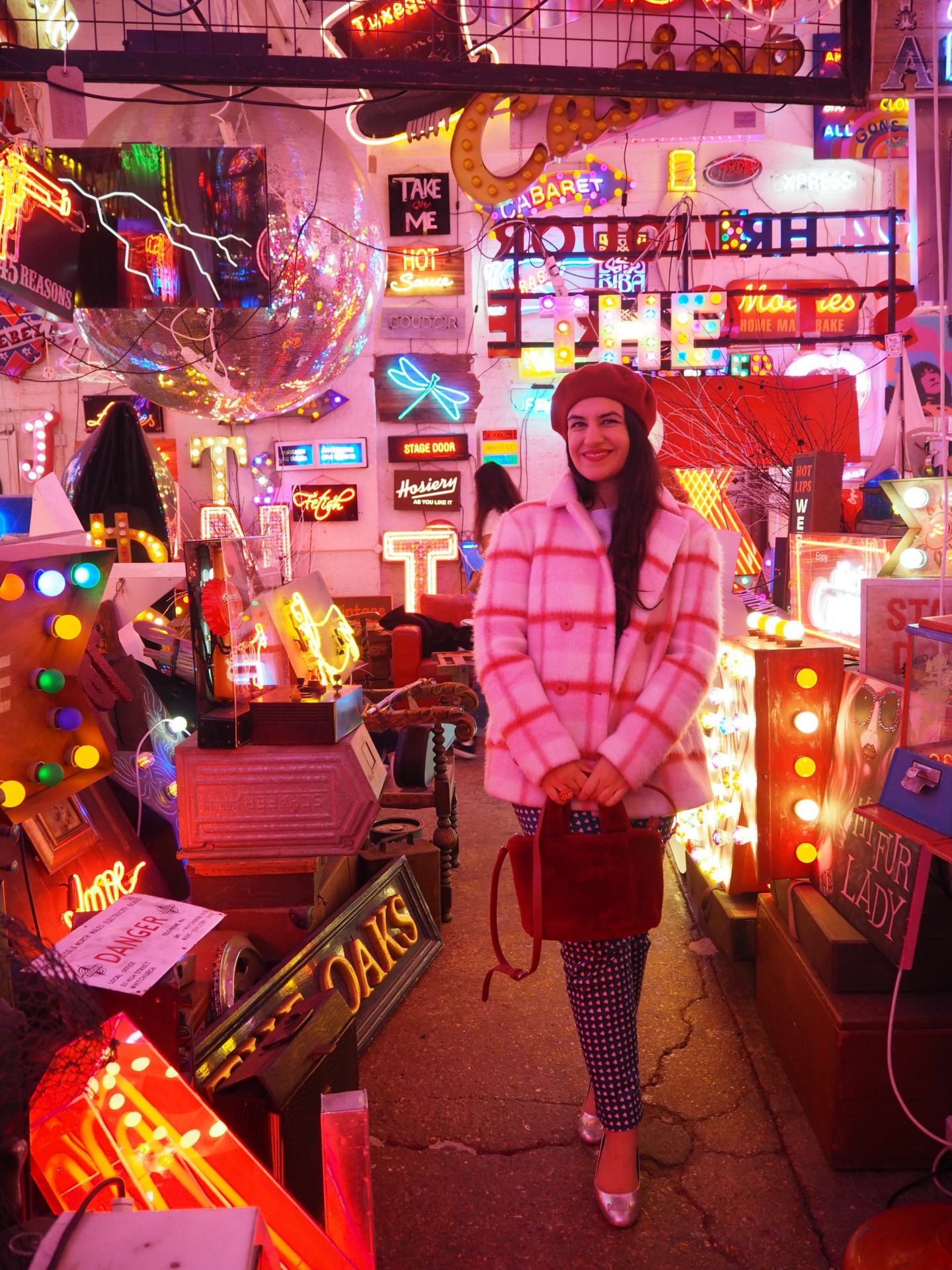 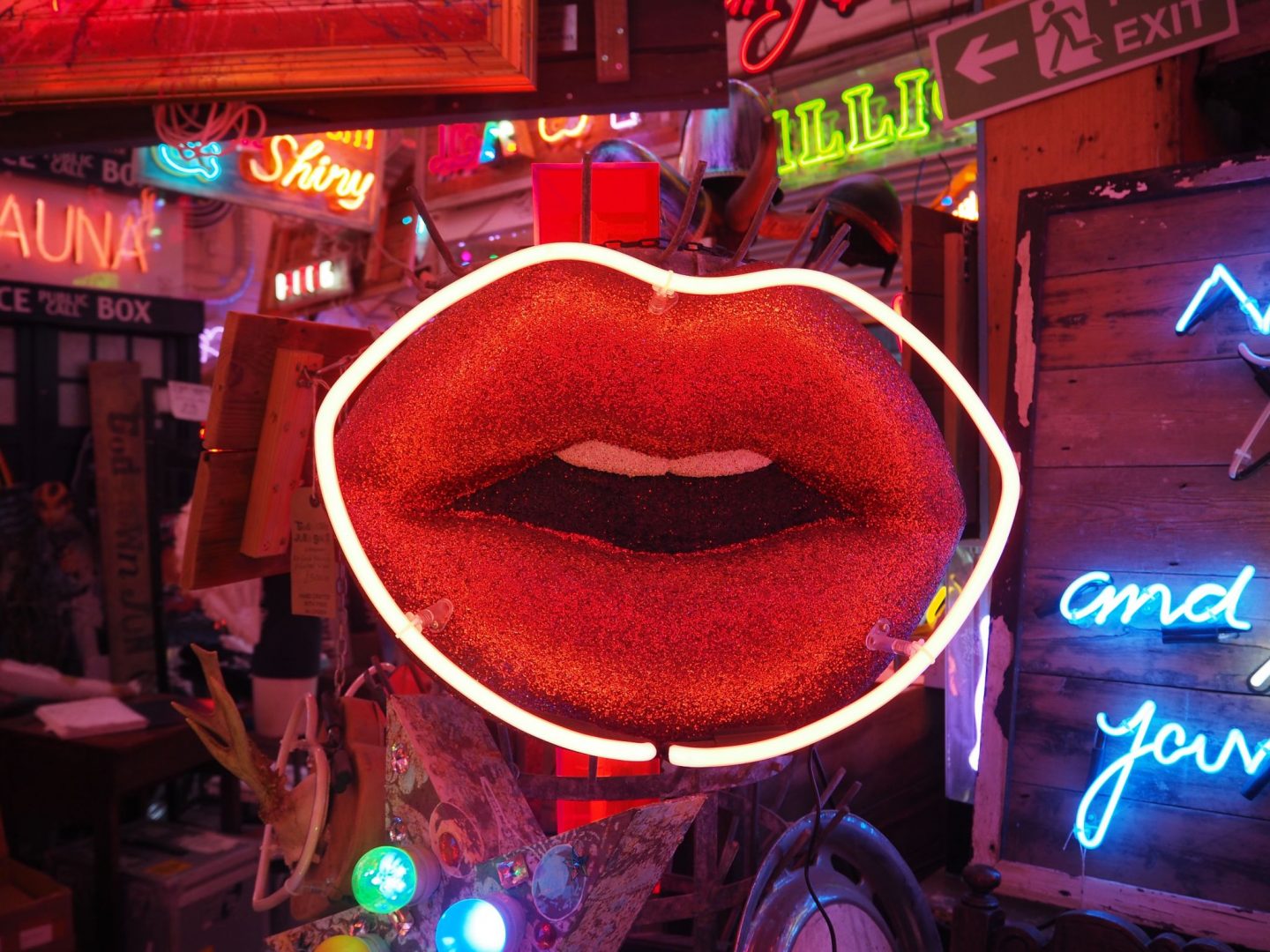 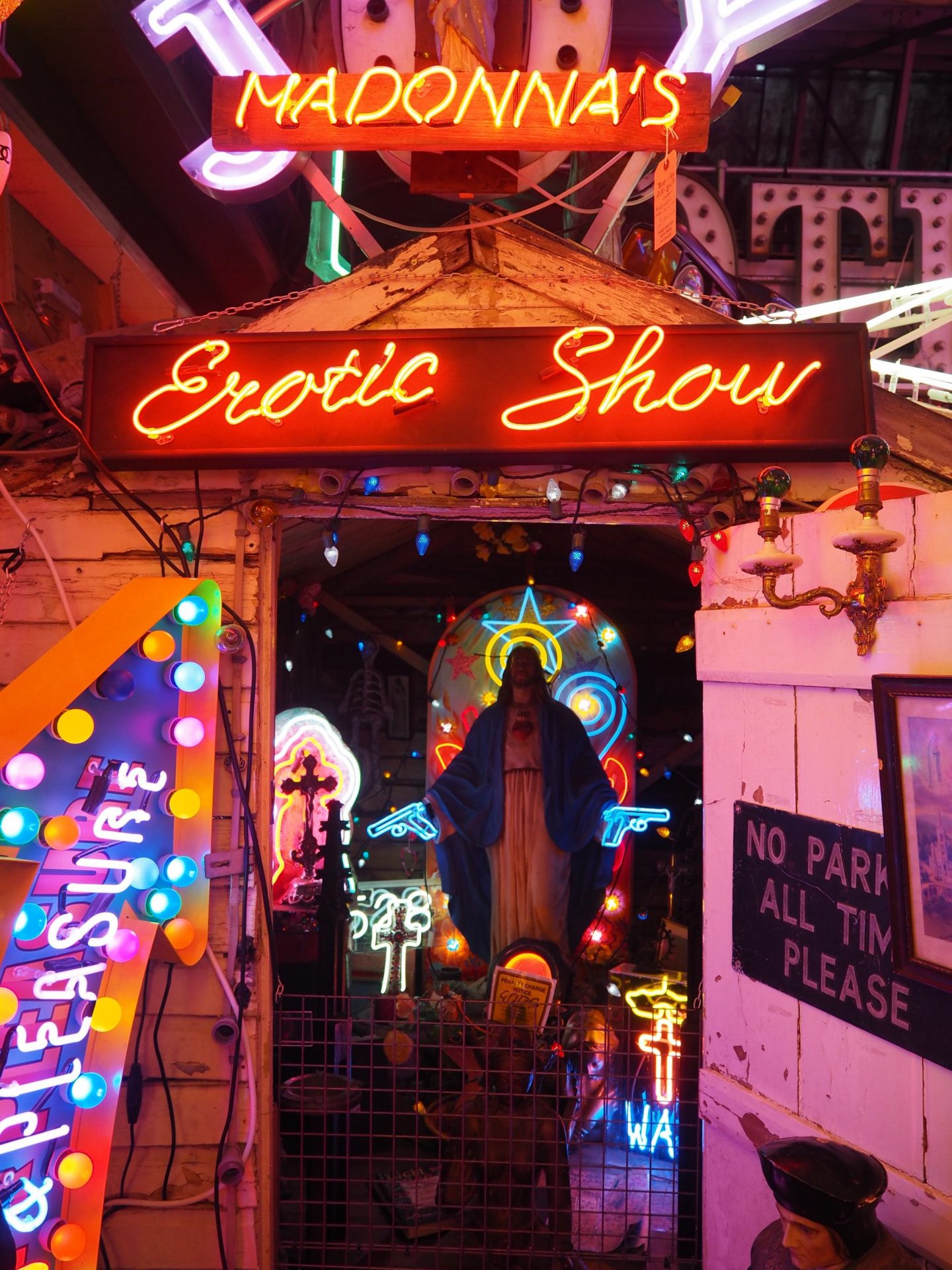 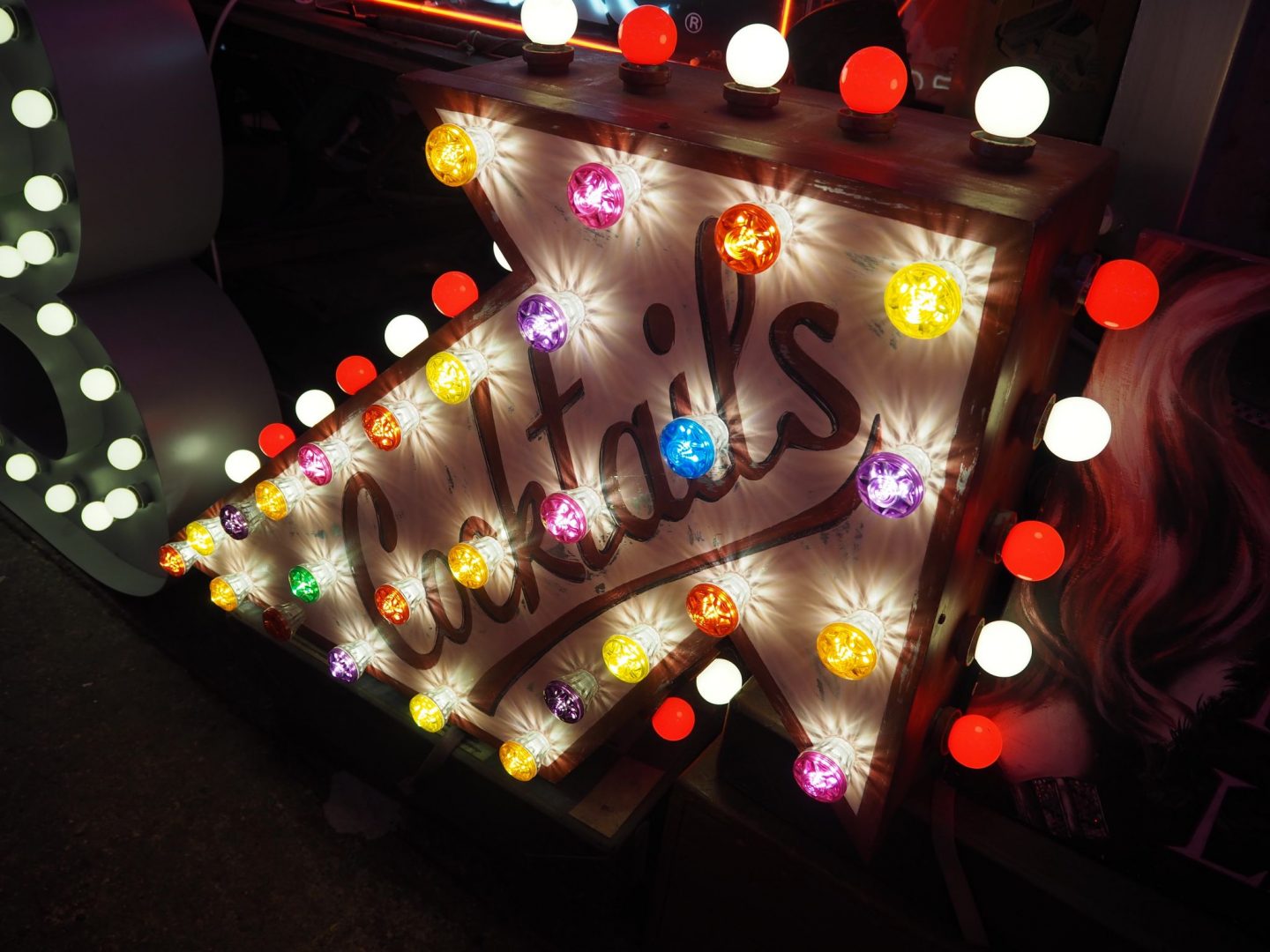 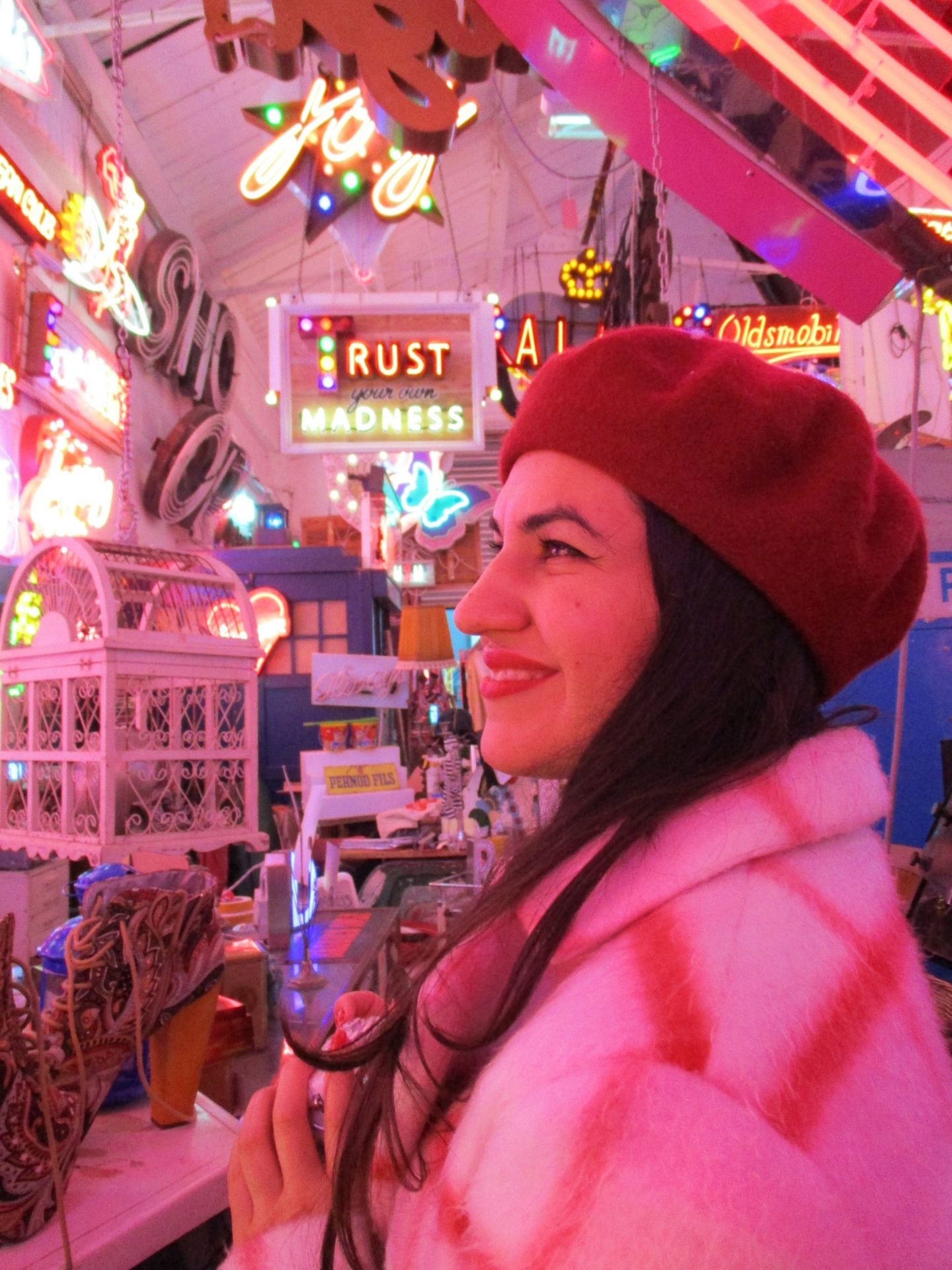 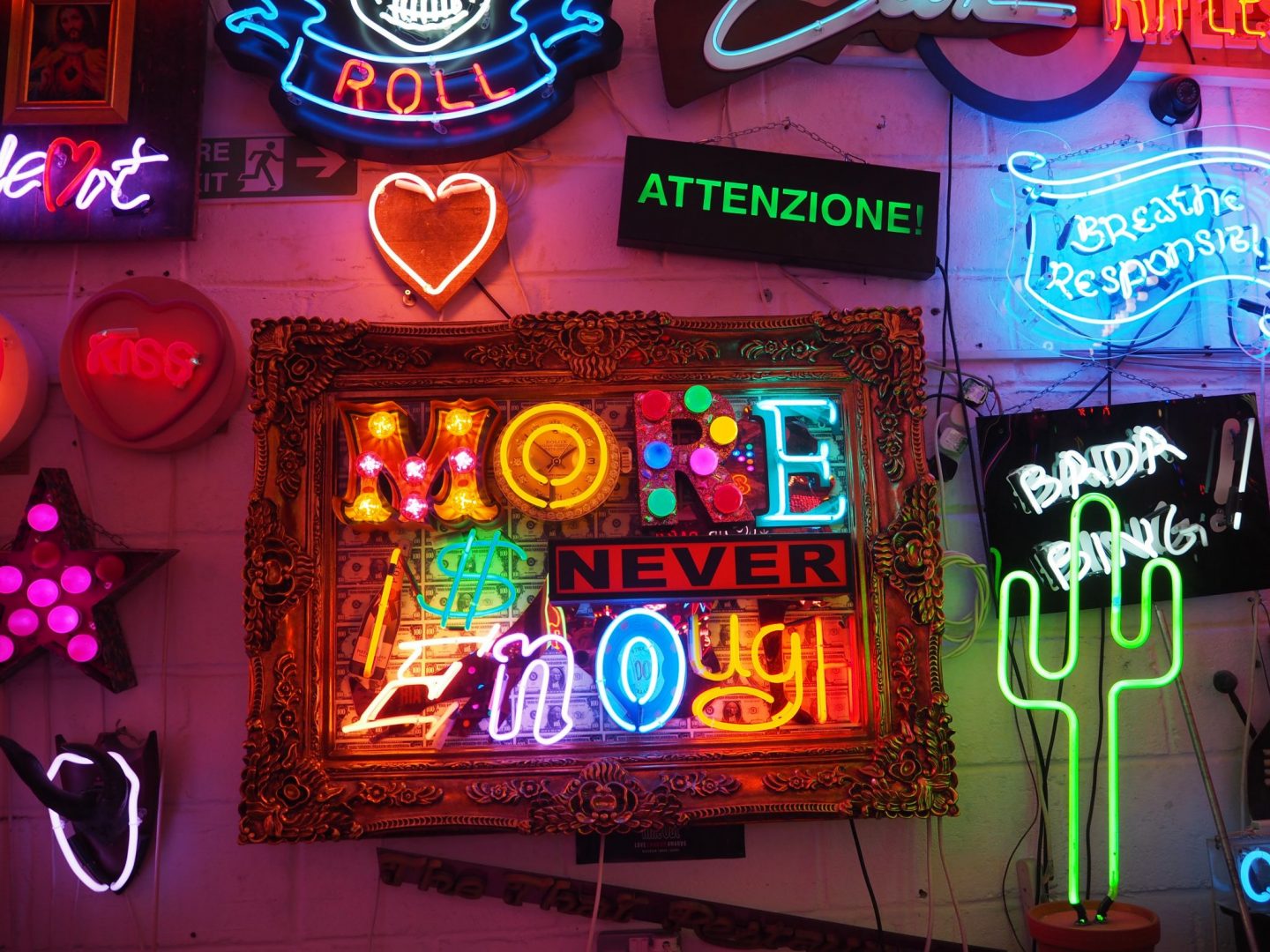 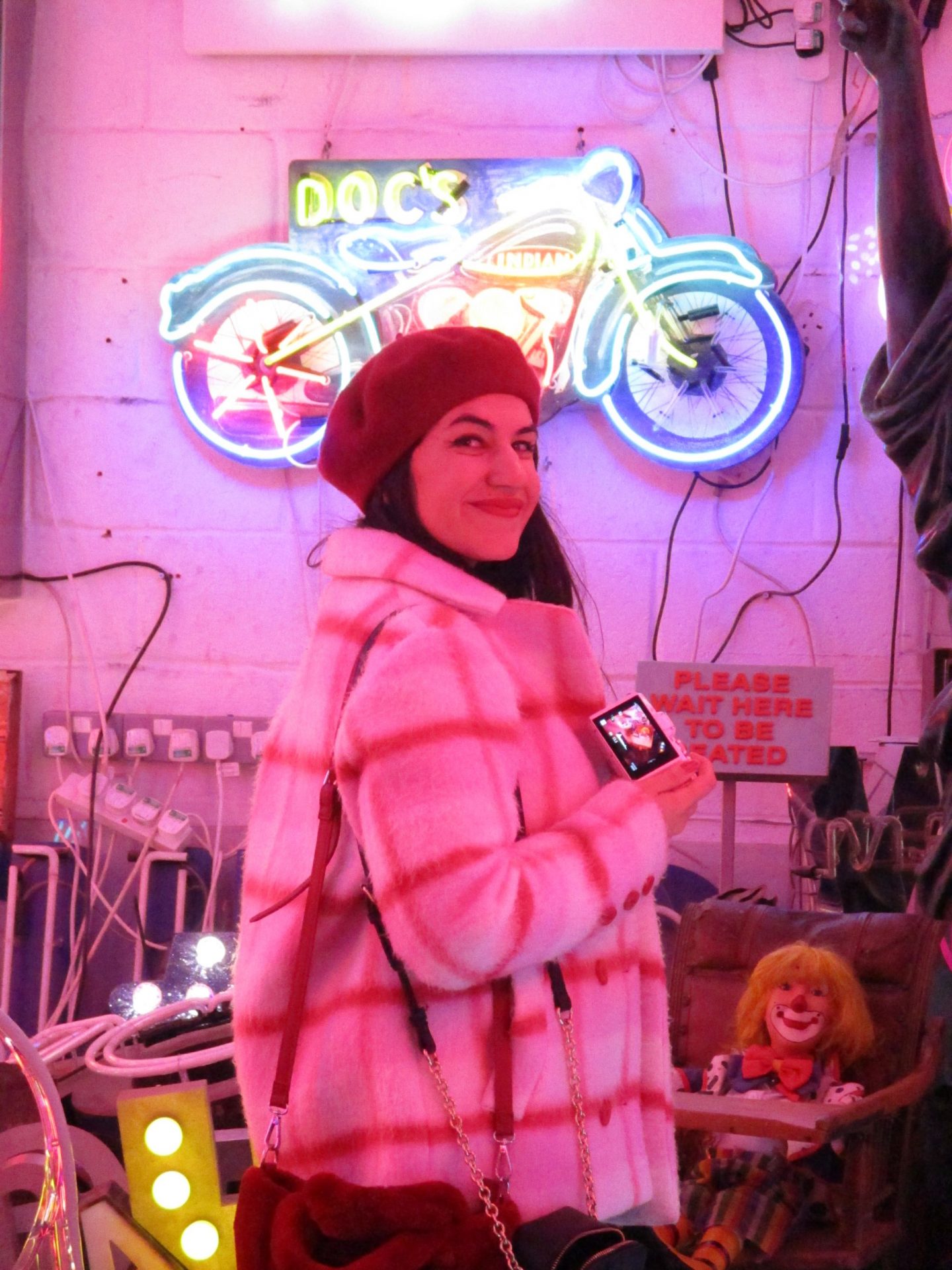 God’s Own Junkyard is now run by Bracey’s family and is open to the public on Fridays, Saturdays and Sundays (you can check the schedule here). There is a cafe within the warehouse called “The Rolling Scones”, which complements God’s Own Junkyard perfectly. I cannot recommend this place enough, as it really is a slice of paradise, a chaotic, excessive, beautiful haven and insight into the mind of one truly unique artist.