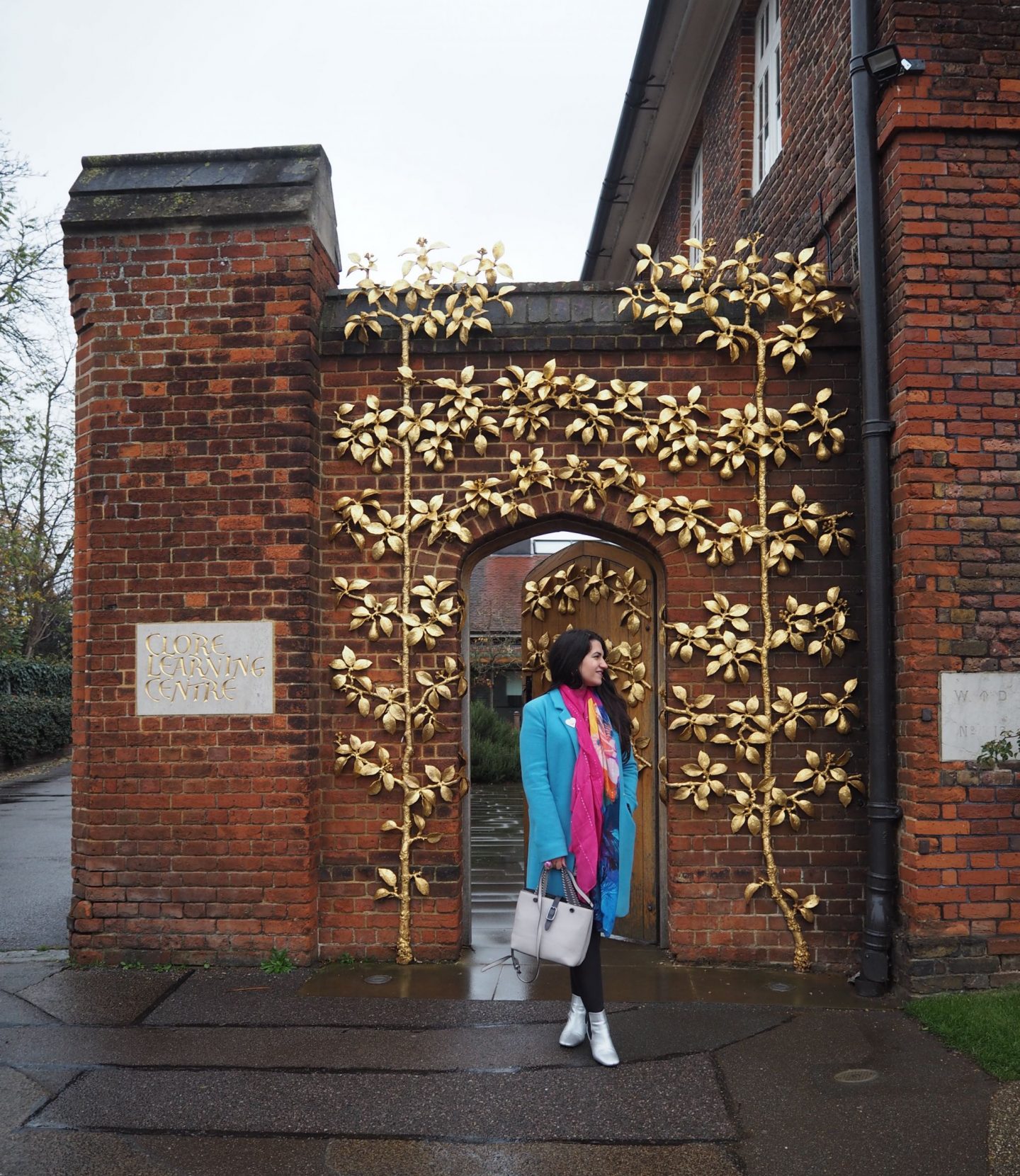 It’s funny how I’ve been living in London for over a decade and yet haven’t ticked all the London sightseeing boxes. I am yet to see Tower of London, or the insides of St. Paul’s Cathedral or Westminster Cathedral to give a few examples. And up until last month, Hampton Court Palace was on that list. 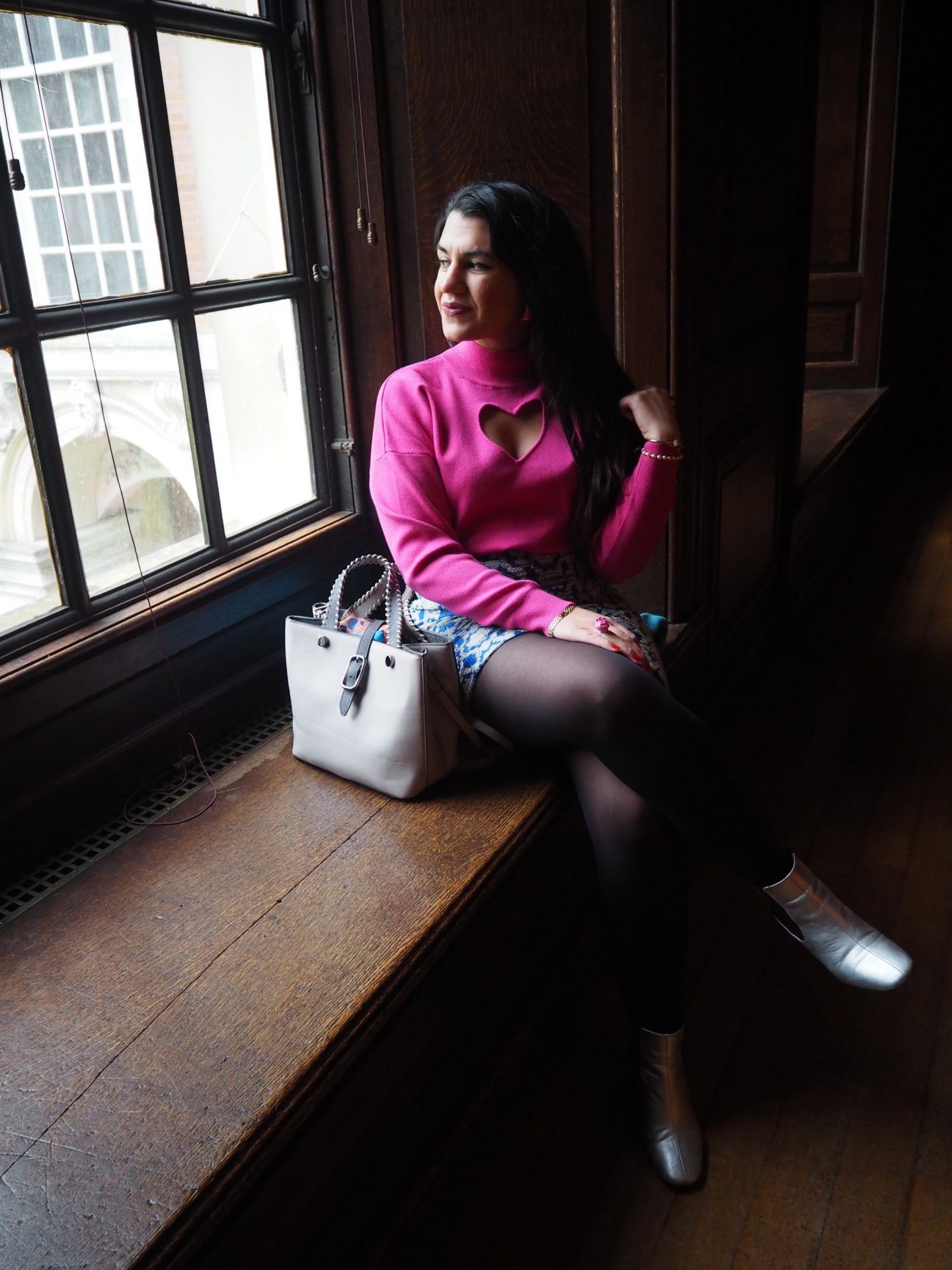 As my mum was visiting London at the time I wanted to do something different and interesting… My friend recommended Hampton Court Palace, so despite having been slightly put off for years because I’m no royalist, the advertisements in the tube always looked a bit cheesy and I had assumed it would be one hell of a treck, I decided to finally start reevaluating that ‘To Do Tourist List’ and pay a visit to Hampton Court Palace. 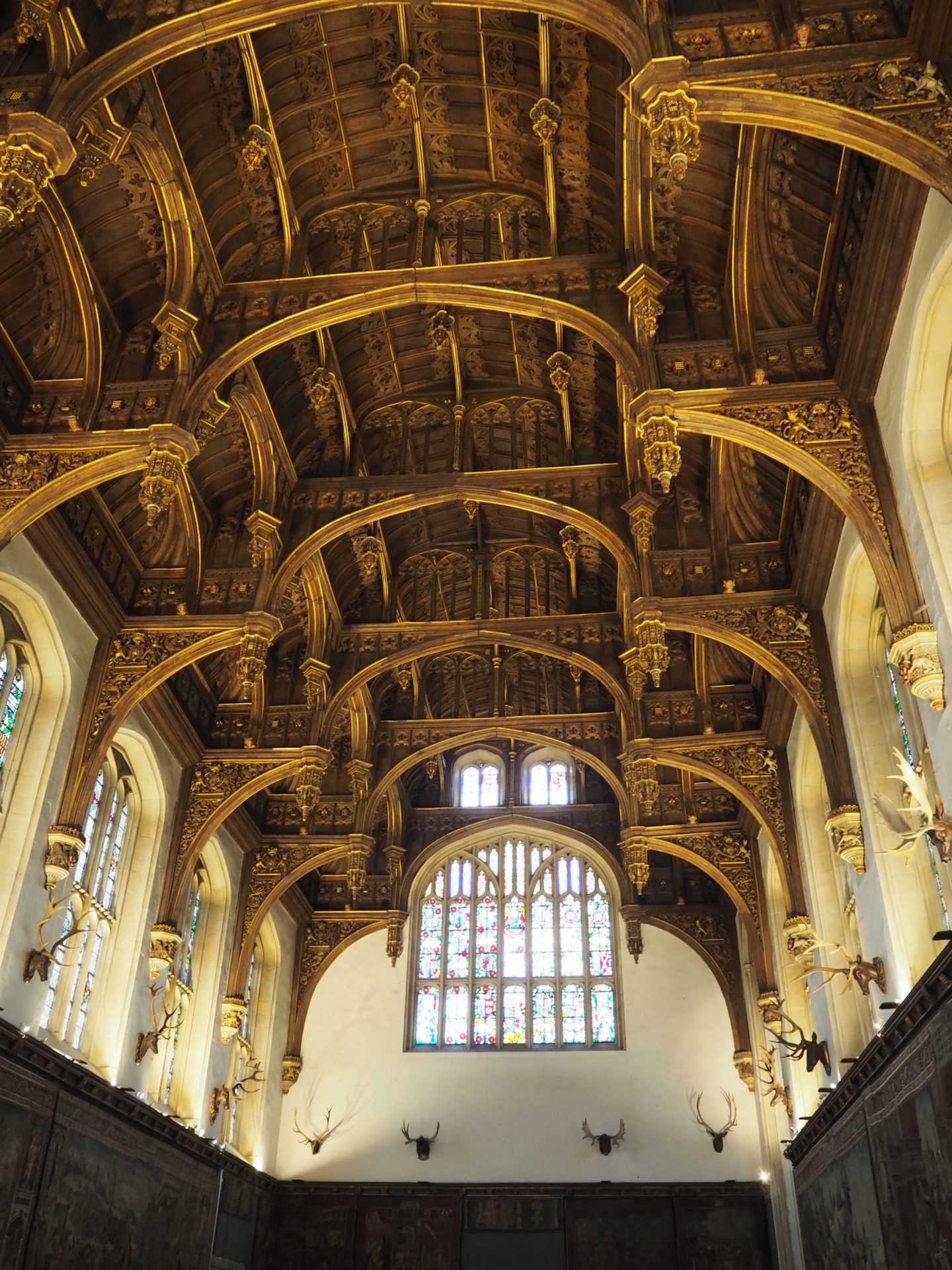 The odds were against us – it was raining non-stop and we didn’t manage to get an early start to the day, but we made it. Also, the trip was so much easier than I expected – the Palace is less than a 10-minute walk from Hapton Court railway station and all we had to do was just hop on a train from Waterloo that took about half an hour (and we could use our oyster cards).

Hampton Court Palace, which celebrated its 500th anniversary in 2015 and is famous for witnessing the turbulent life of Henry VIII, surpassed all of my expectations – it was such a beautiful place. The constant rain made the lighting in the palace very dark and there weren’t that many people there – but both of these elements only made the experience all the more atmospheric… 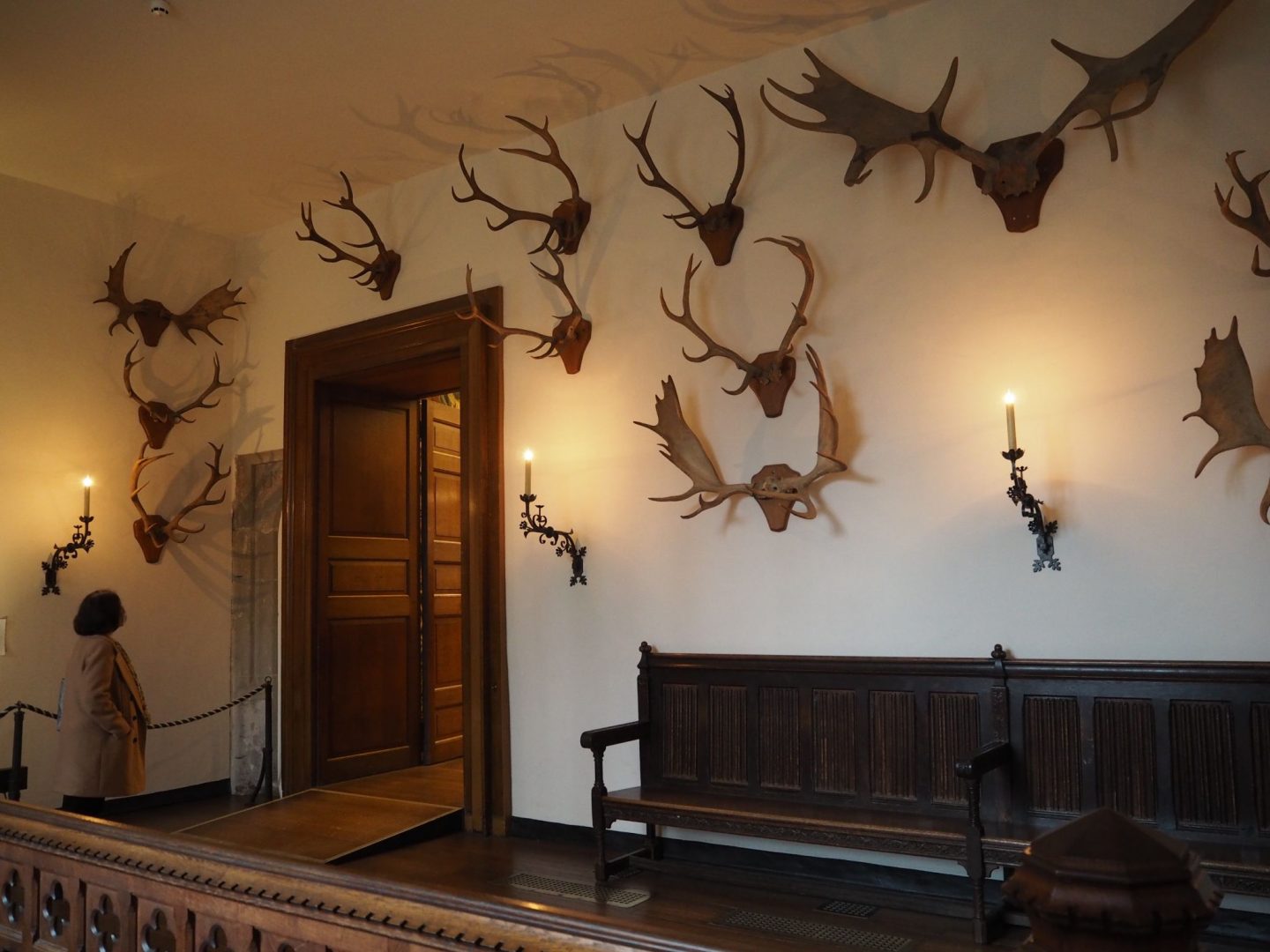 This hallway was one of my favourite things – which is weird because I hate the idea of hunting and keeping trophies, but there was something really dramatic about the setting. 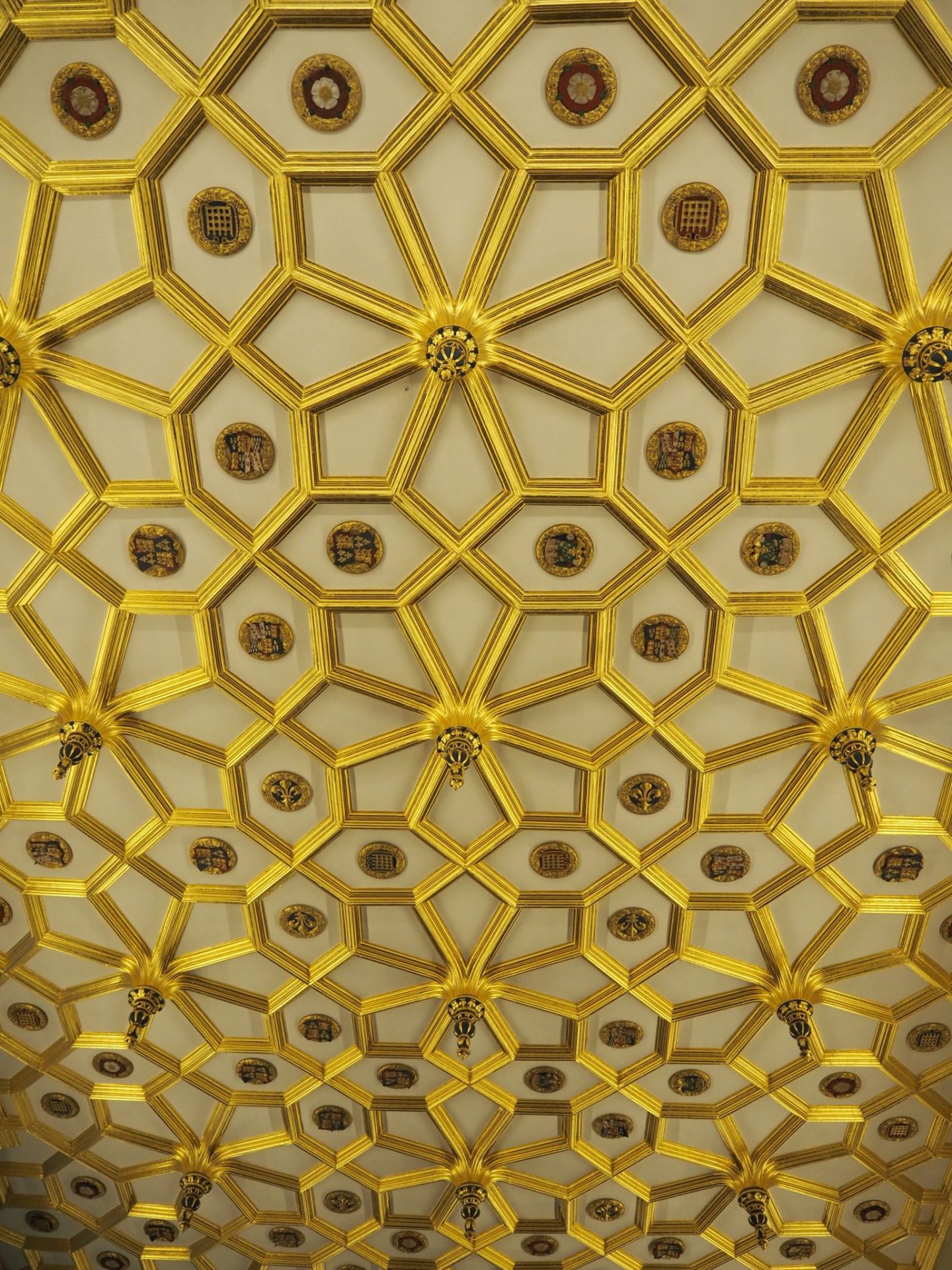 Unsurprisingly, the whole Palace exudes drama. I was impressed with all the grand architectural details. 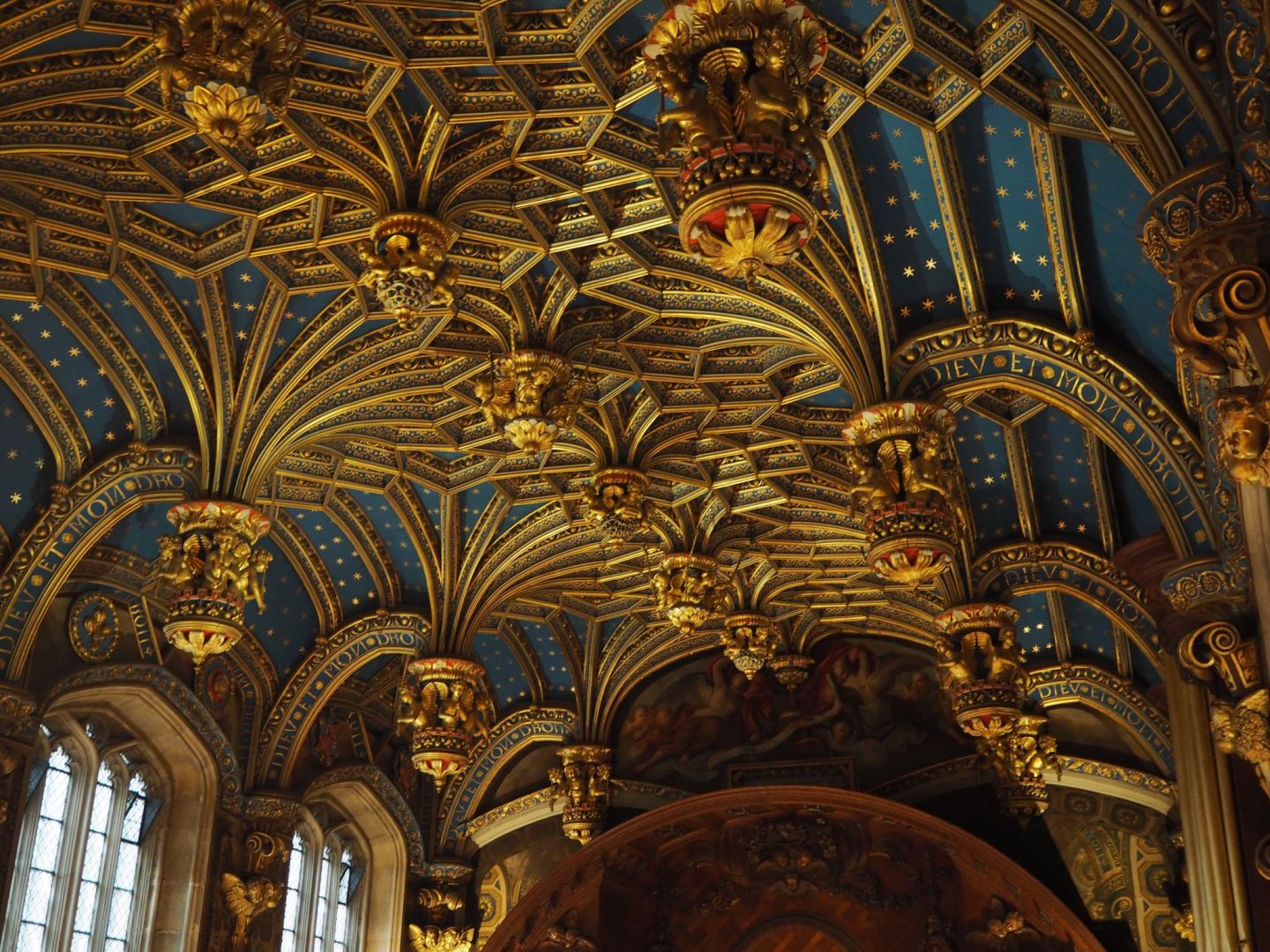 This incredible ceiling was part of the Chapel Royal within the palace – what a beauty of a place! Colourful and dramatic, this church has been in use for almost 500 years. I don’t think visitors are allowed to take any pictures of this part of the palace though – oops. 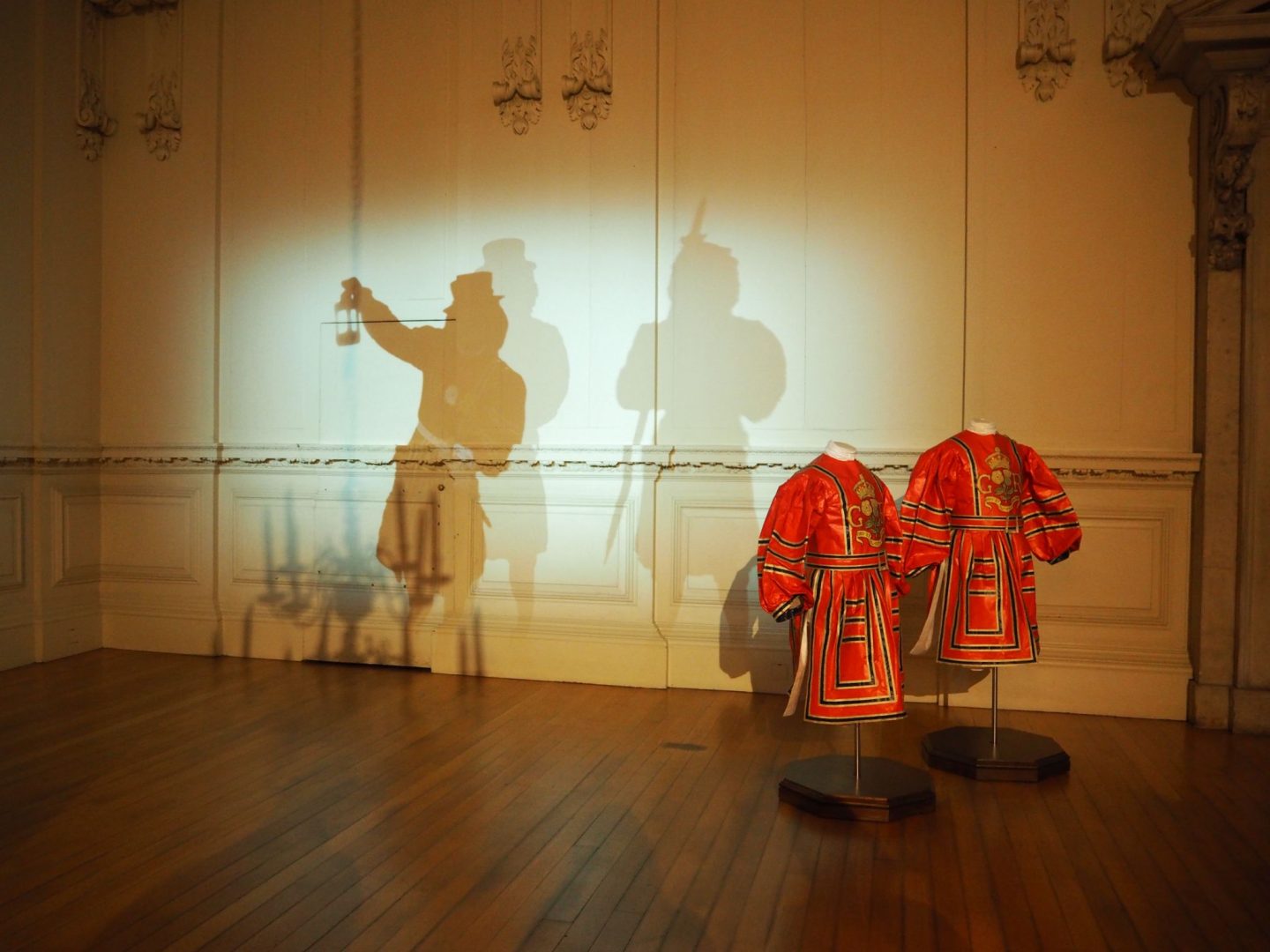 At least one of the rooms at Hampton Court Palace featured charming (and very modern) shadow plays that narrated tales and events that took place at the famous palace – it’s a great thing for history buffs or for those who are interested in the political history of the British royal family… For people like me, who aren’t really that into it, it’s still very nice to witness. 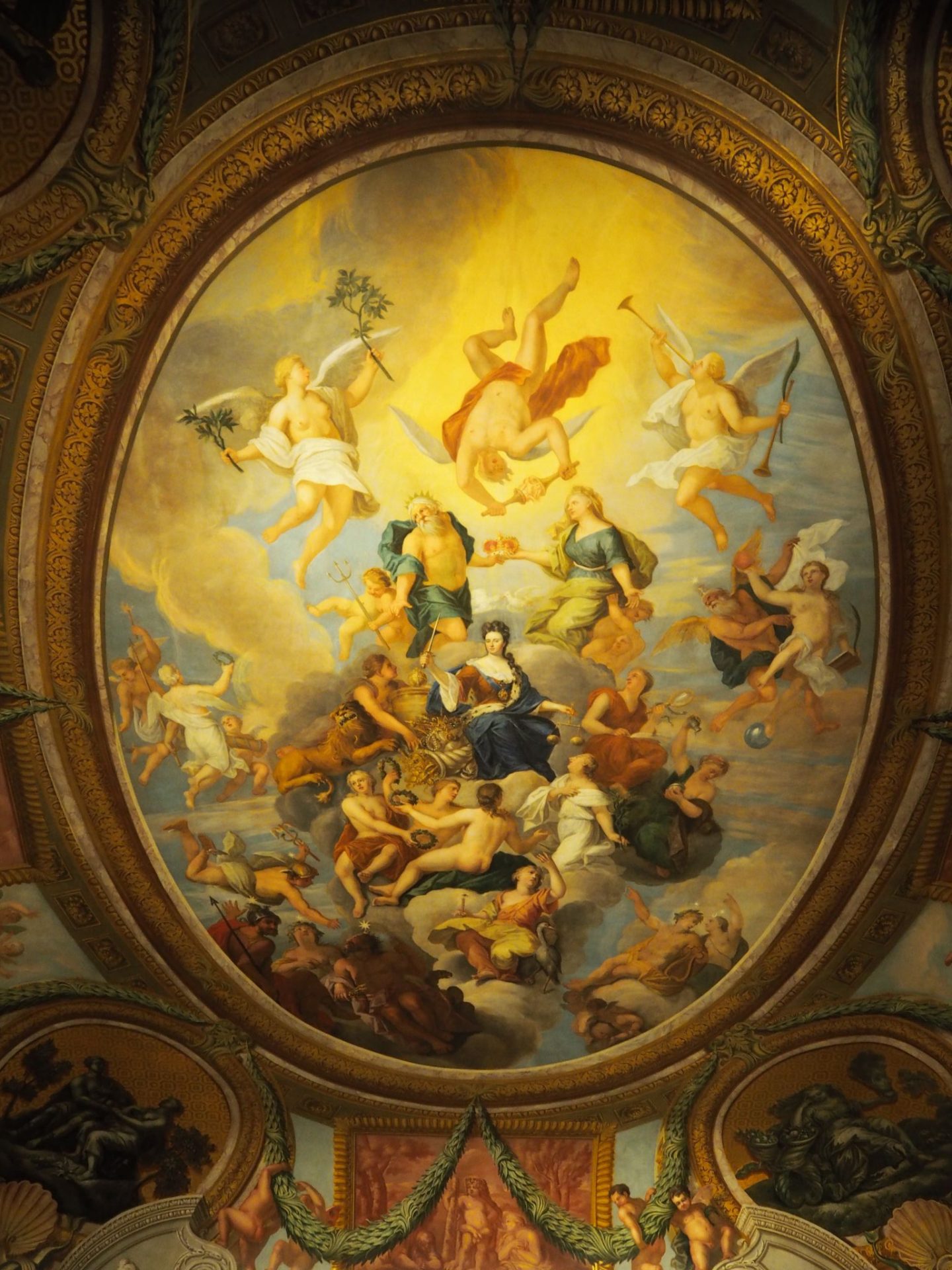 I love classic frescos, they make me be in awe of how human beings can accomplish beautiful and skilled things. 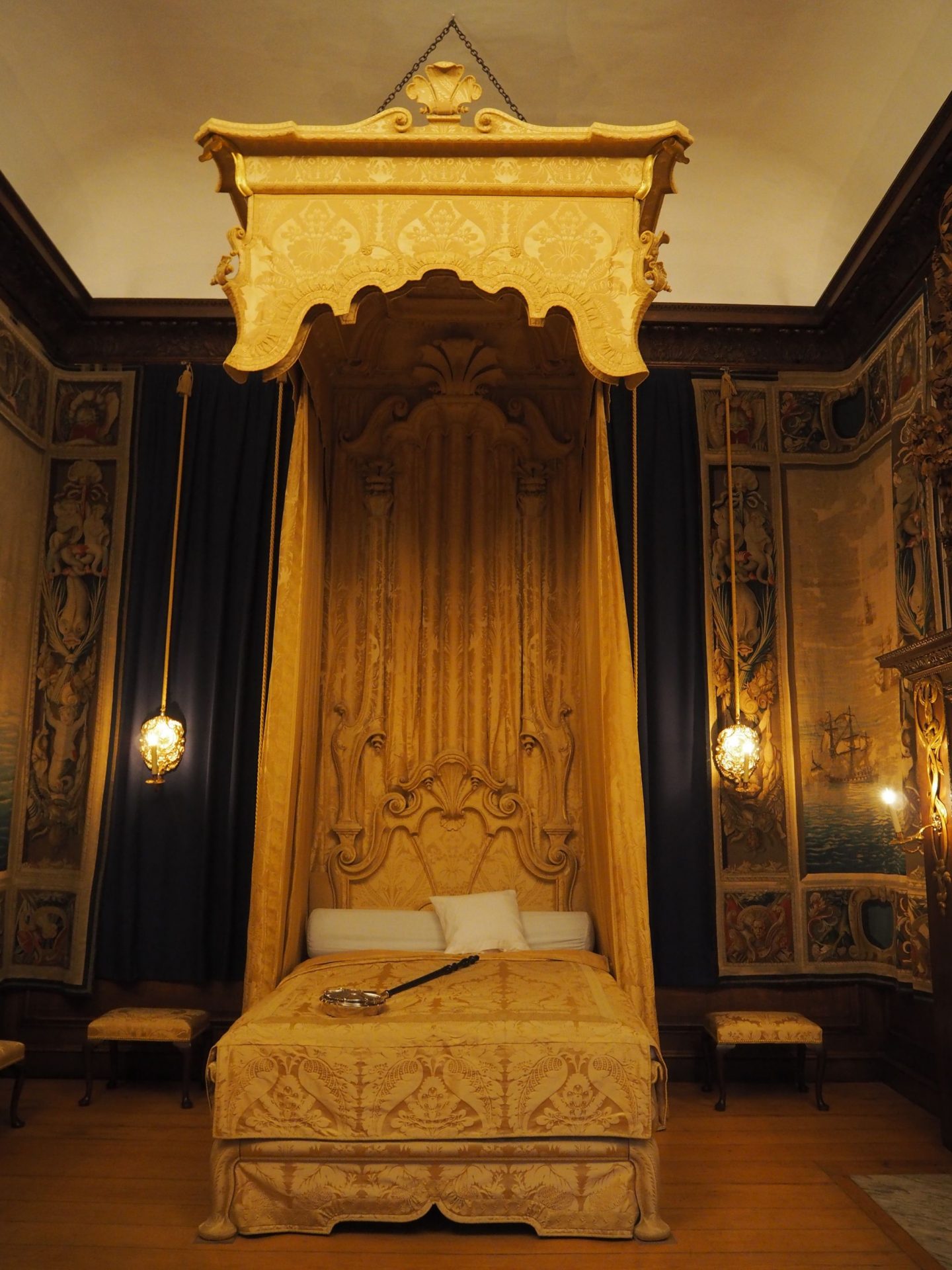 Another thing I loved about the palace was exploring the bedrooms of some of the royals – it’s crazy to think that royalists were living those ways hundreds of years ago. And isn’t this bed ridiculously divine? 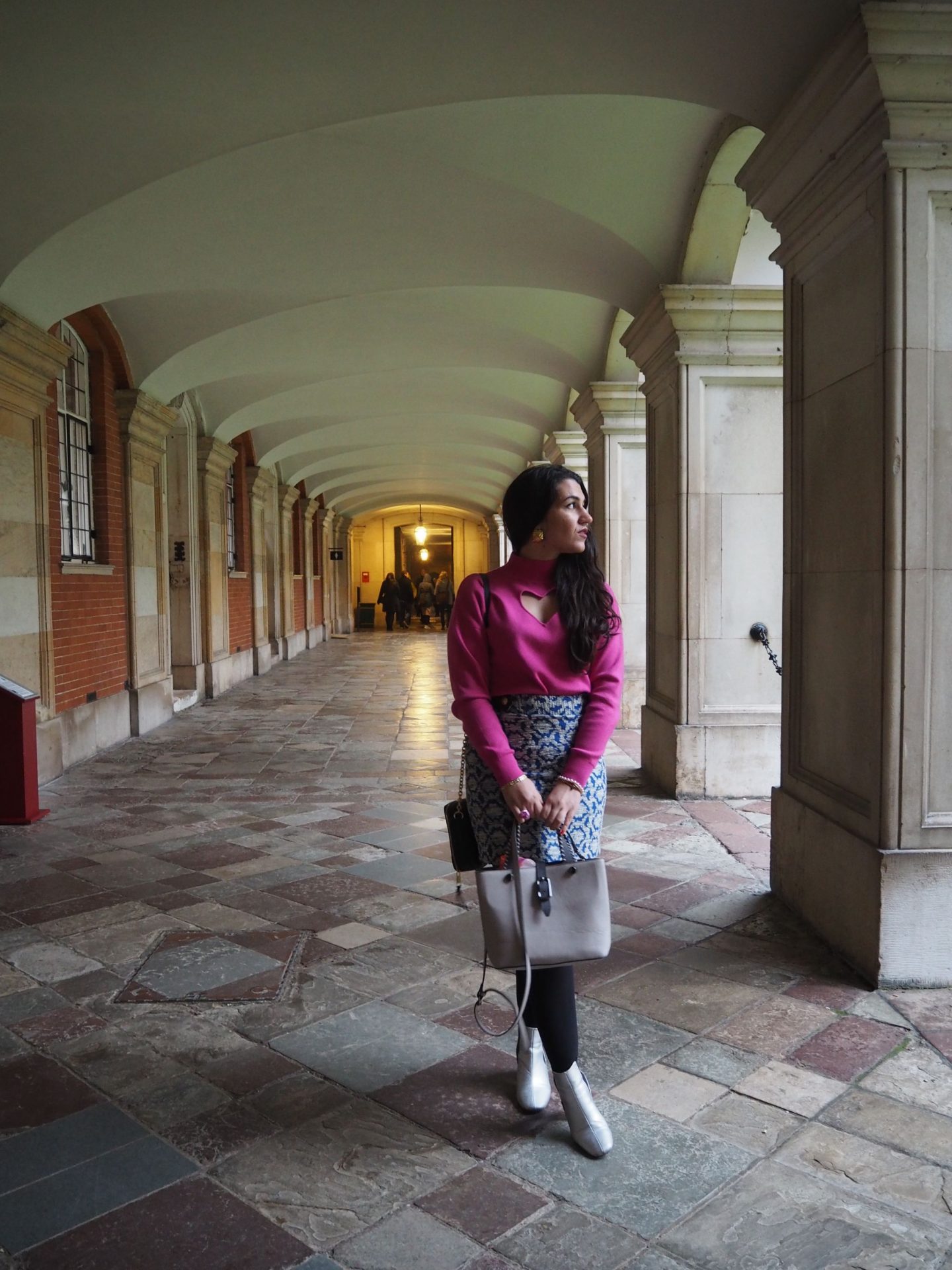 Unsurprisingly, Hampton Court Palace is full of photogenic spots – so could I not show you guys the outfit I wore? #Priorities. 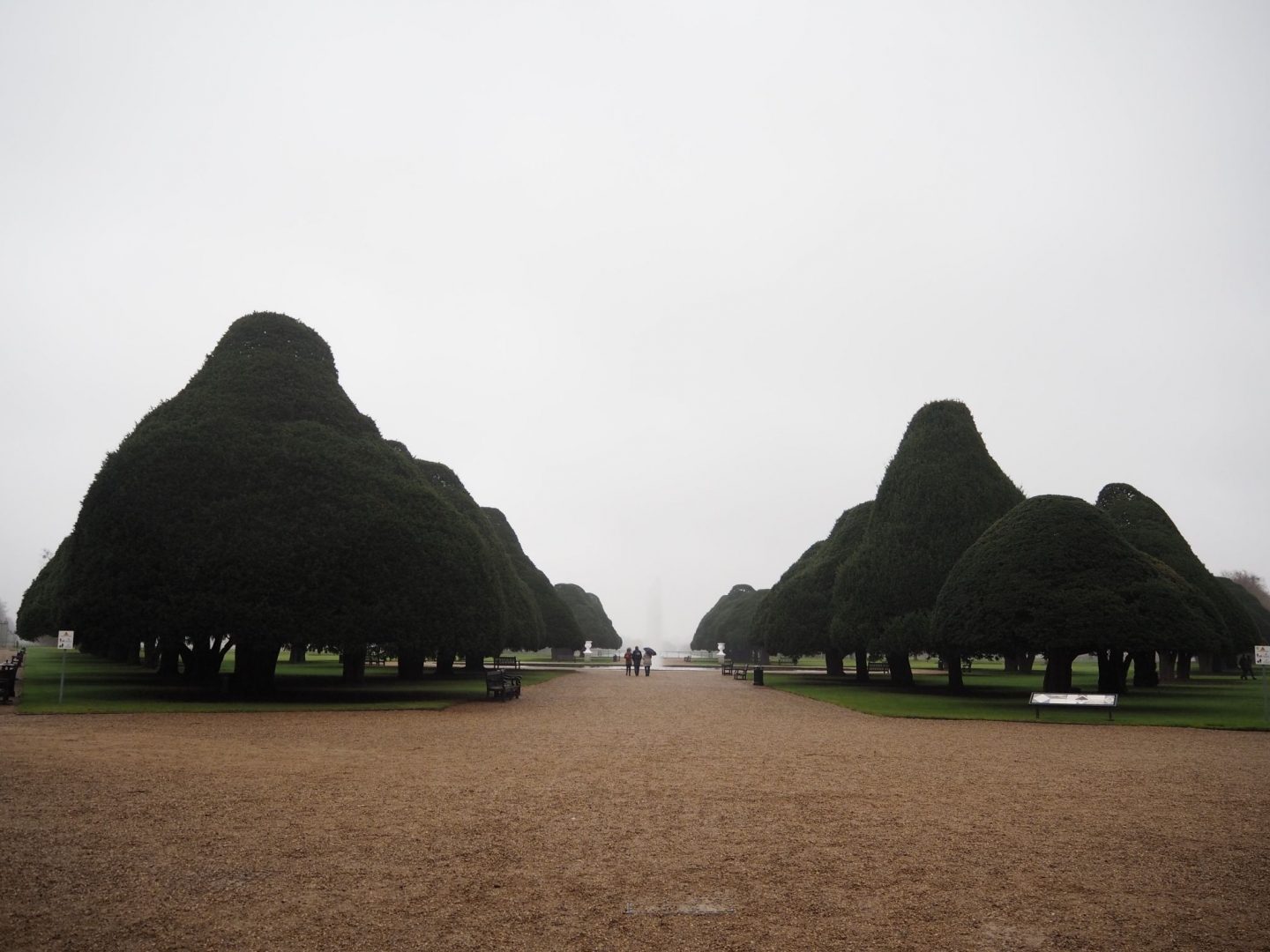 Unfortunately the Maze and Magic Garden were closed – not that we would have been able to explore them, considering how grey, wet and miserable it was outside! 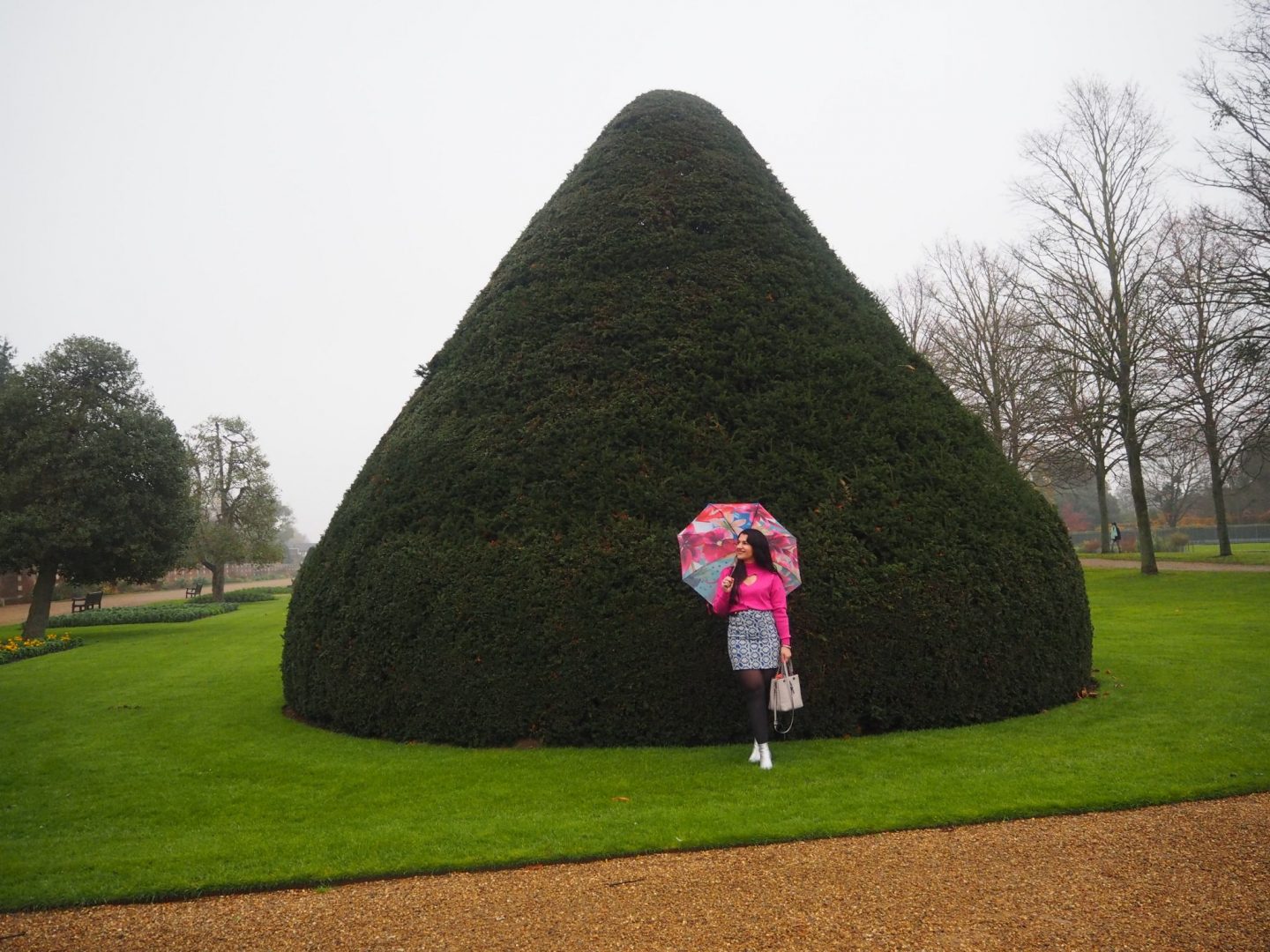 I really wish I could have explored the gardens a bit more, they looked so beautiful and picturesque. 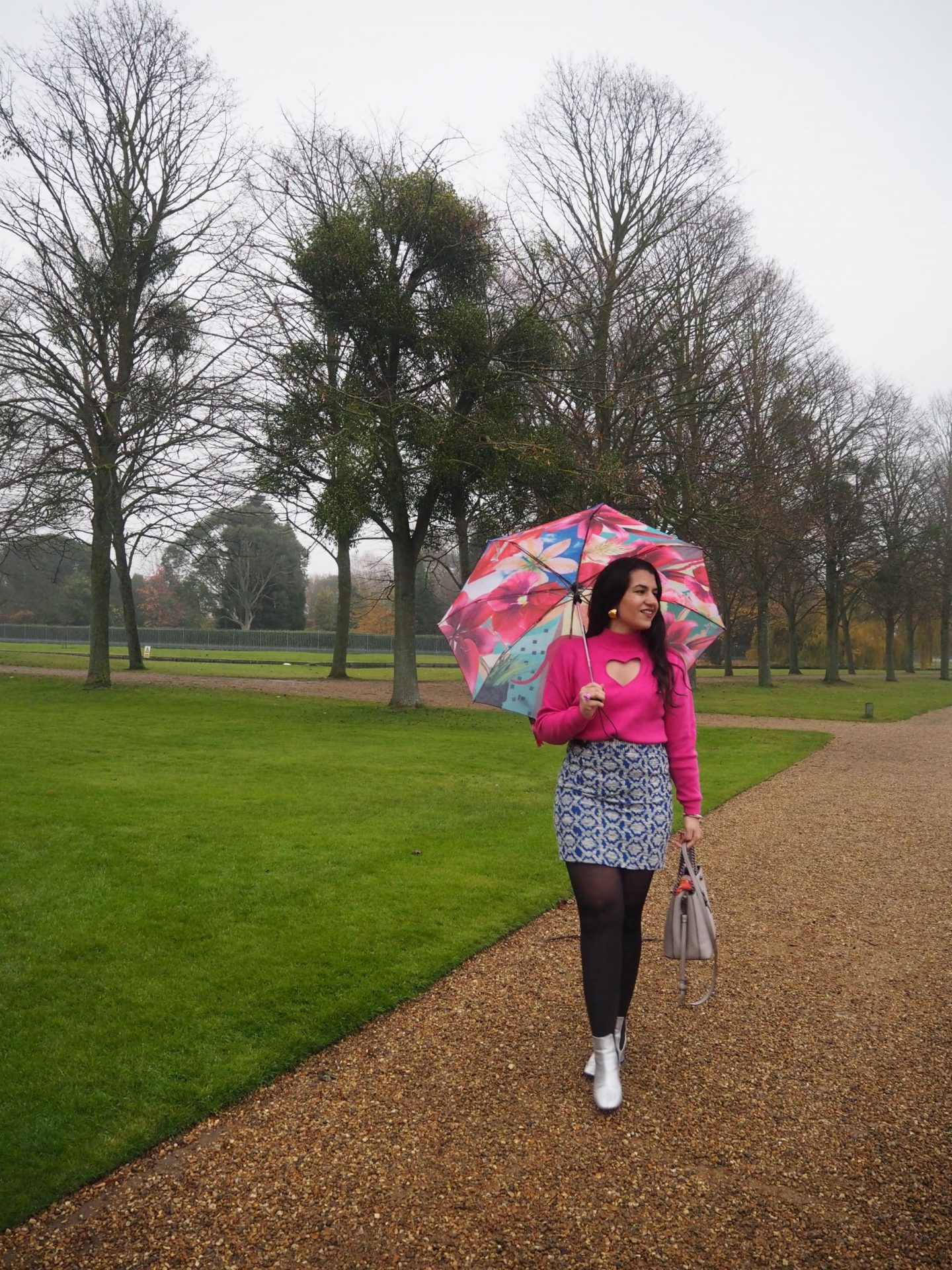 I wore a reasonably dressy outfit as I was going out later in the evening and wasn’t going to have time to get changed. That’s what I love about this jumper from Warehouse (seen in my knitwear haul) – it’s comfortable yet totally dinner-worthy thanks to the fit and super cute cutout heart silhouette.

I teamed it with this skirt by Diane Von Furstenberg, which I’ve had since 2016 or maybe even 2015. I got it at a sample sale (because nope, I’m nowhere near being able to afford DVF) for about £60 and I have no regrets parting with that money because I’ve used this skirt consistently ever since. It’s a wardrobe classic – and one of those pieces that have somehow never showed up on the blog before! 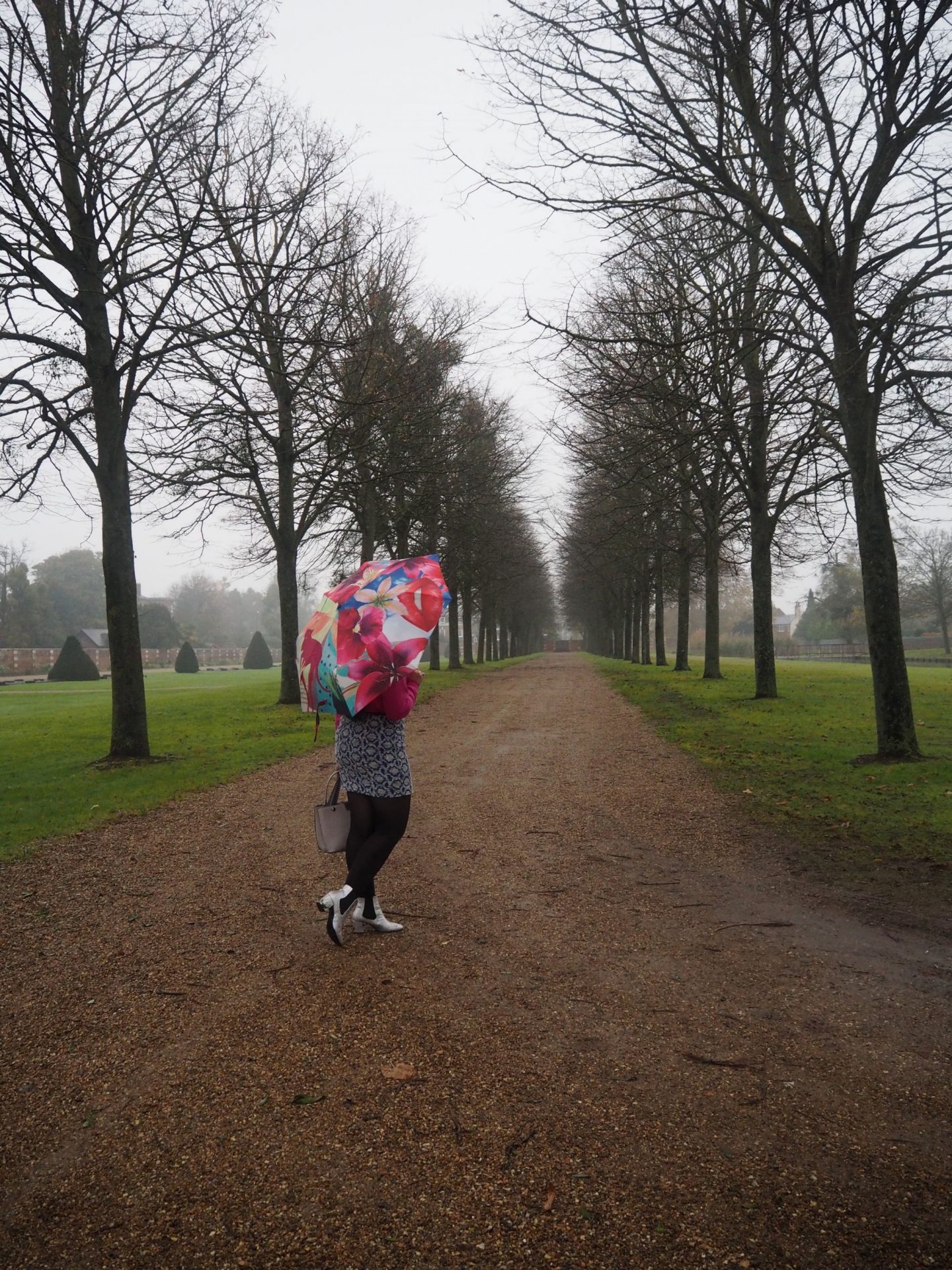 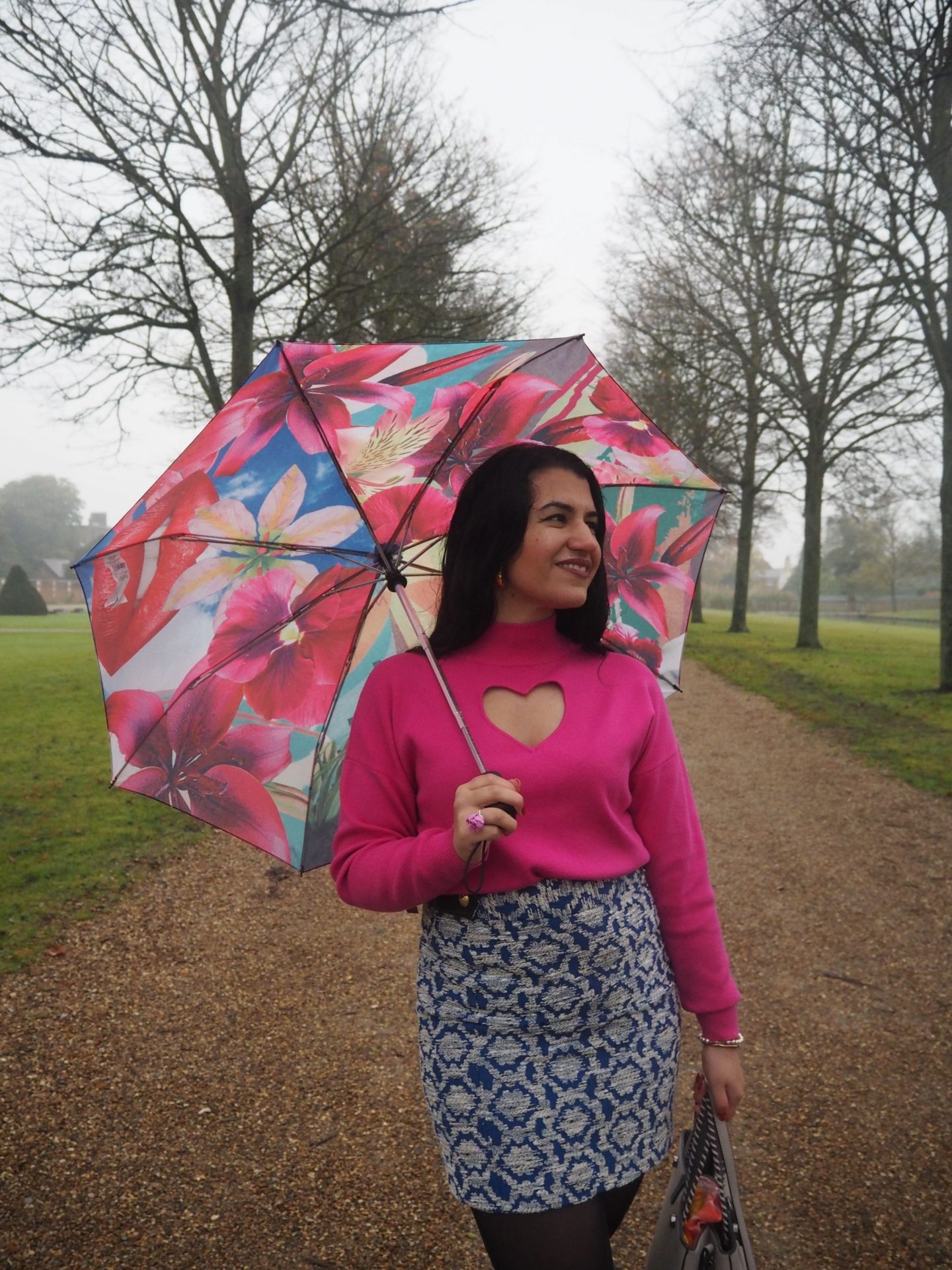 And isn’t this umbrella the prettiest thing ever? I love the collage style/Dalí-inspired/80’s feel that it has and how it’s so colourful that it literally can make any grey day a little brighter. It’s by Desigual – a brand I kind of hate but at times find myself being drawn to its accessories. 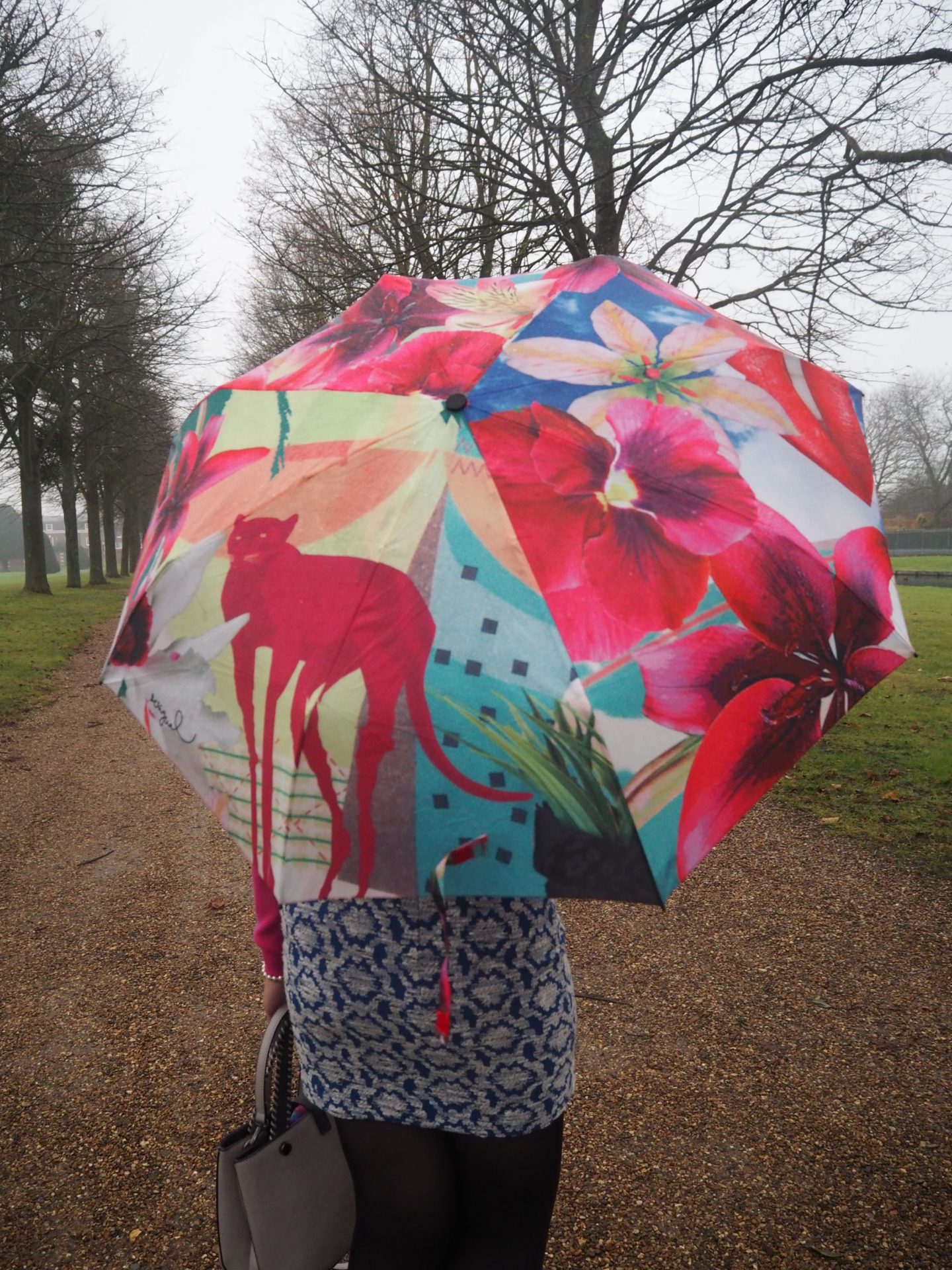 I am planning to go back to Hampton Court Palace in the spring or summer, so this post might get a sequel! Apologies for those who perhaps wanted a more historical post – I would be pretending if I decided to go deep into the history of this palace as I really didn’t go for those kind of reasons. I went purely for the spectacle, so to say – I wanted to enjoy the architecture, art and gardens. I suppose the main message of this post is that, whether you love history, are an art and architecture lover, live for those photo ops (no judging there), or just embrace being a tourist, I truly believe anyone can enjoy Hampton Court Palace. So do what I’m planning to do and treat yourself to a trip to this place this coming Spring or Summer 2018!