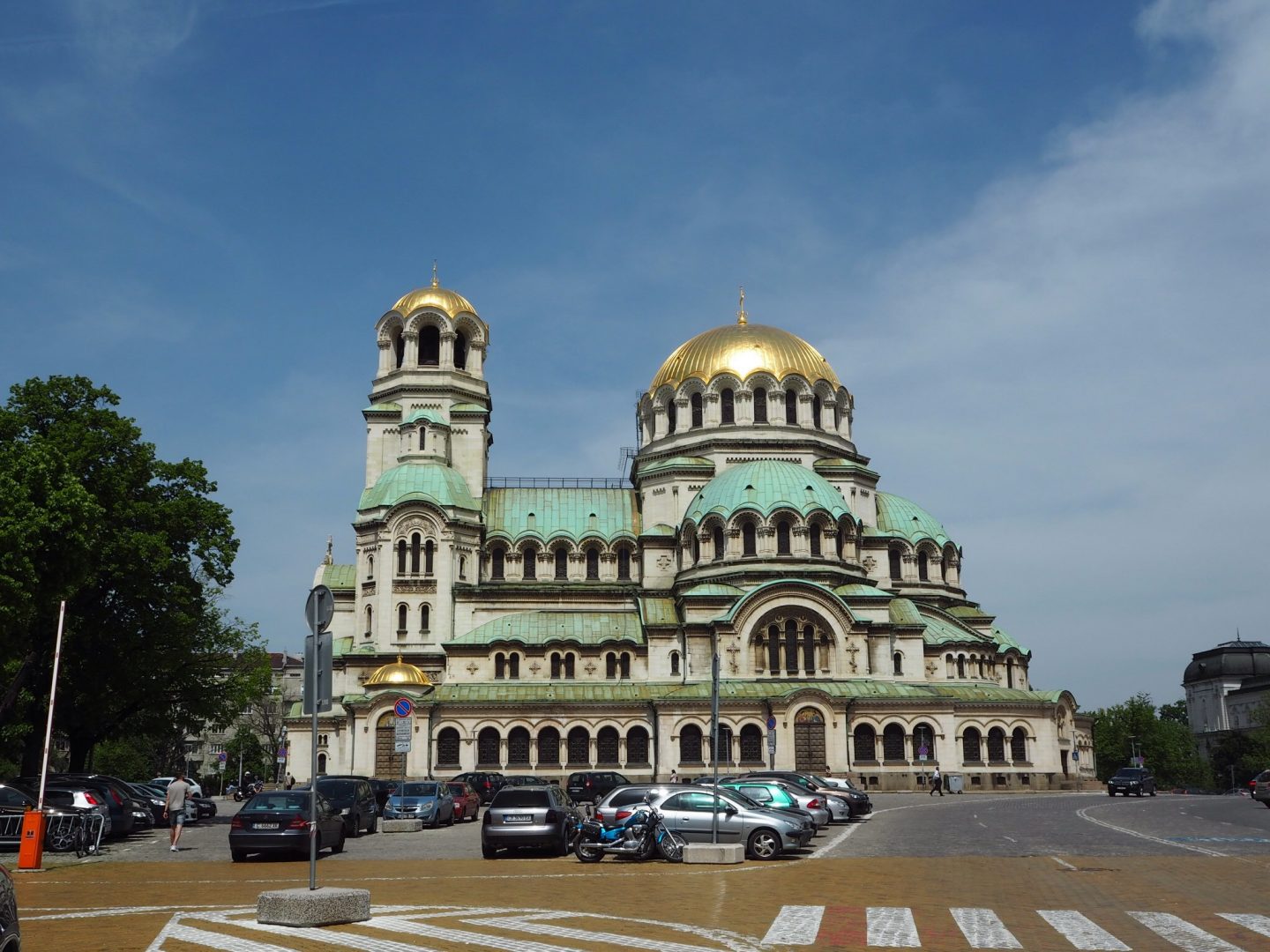 Bulgaria – not necessarily at the top of everyone’s list of must-see places in Europe. In fact it has probably and so unfairly earned itself a sleazy reputation thanks to Sunny Beach, which I myself had actually never heard of before going to Bulgaria for the first time in April of this year. A lot of people did snickeringly ask me if it was Sunny Beach I was off to, to which I said no, I was going to discover the capital, Sofia.

I really had no idea what to expect when I went to Bulgaria – I’ve barely been to southeastern Europe and was in all honesty very ignorant about Bulgarian culture. But after spending 5 days there, I can say that I absolutely loved it! Sofia in itself may not be a strikingly beautiful or super Instagrammable city as such, but what fascinated me the most about it was its incredible history and mix of people. Not to mention how friendly locals were, which is always a plus!

I would totally recommend it for a longish weekend break, and by no means have I become an expert but here are a few tips from my holiday in case you do decide to visit this city (and country)… 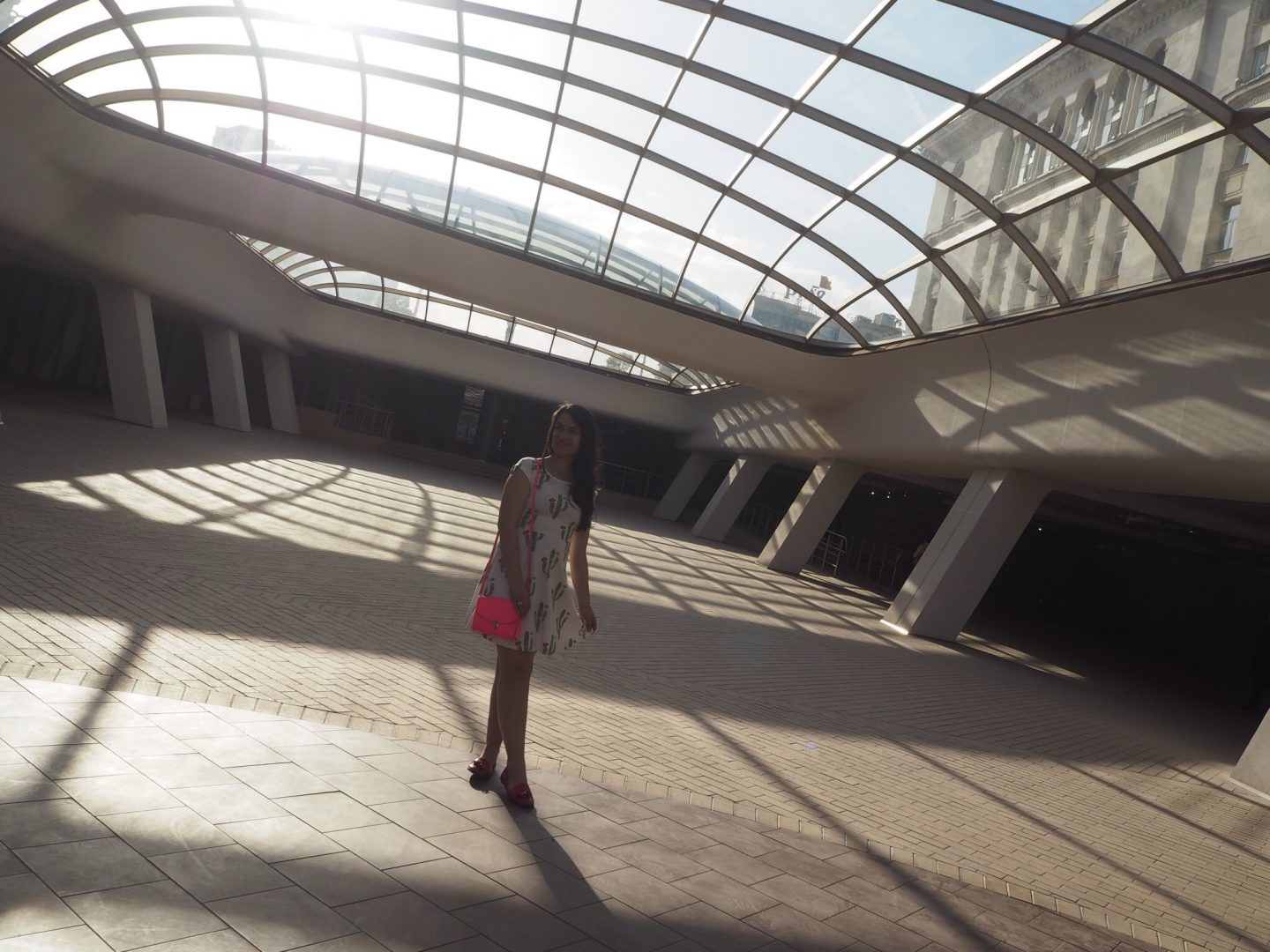 My friend and I stayed at Hotel Niky – it was perfectly nice and so well located. Of course, there’s always the option of AirBnB, and if you fancy something a little different and don’t necessarily need all of your creature comforts, you can try the quirky Art-Hostel. 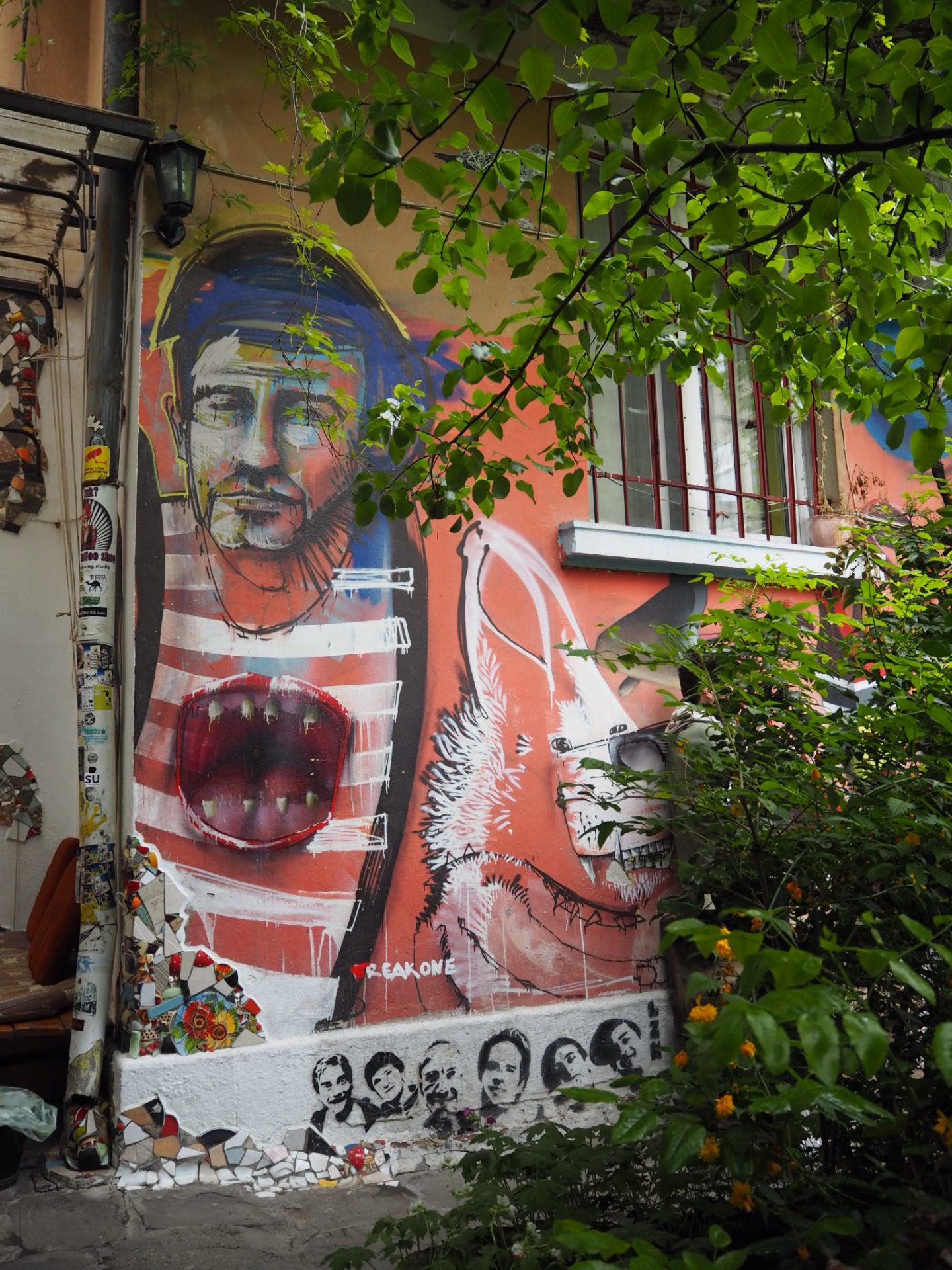 Ever since this trip I’ve become a big fan of free tours (‘free’ meaning you pay whatever amount you feel is appropriate at the end of the tour – don’t be mean and pay accordingly, the guides deserve it!). We did a 2-hour walking tour with a local and it was such an interesting and entertaining insight into the history of Sofia and Bulgaria. I loved how in the centre of Sofia you will find a mosque, synagogue and church pretty much all next to each other, and how Bulgaria is such an interesting mix of ethnicities.

As well as the general free tour of the city, the art geek in me couldn’t resist doing a street art tour – there’s a fair amount of street art in Sofia and even though a lot of it might not be as striking as the art you find in London it was still really interesting – and there were some truly amazing works of art!

As for museums and galleries, my friend and I didn’t actually go to any (which is so not like me but I don’t feel like I missed out!) so I can’t advice you on that, soz. The Alexander Nevsky cathedral (first picture of this post) was unsurprisingly really beautiful, and there was also a tiny Russian church, Saint Nikolas church, which is where if I remember correctly it is traditional to write down a wish and pop it in a box.

There are also some Roman ruins in the district of Serdica which are totally worth a look, some of which were only discovered a few years go. You’ll find these within a very stylised metro station (and apparently, under the basement of the Arena Di Serdica hotel).

We didn’t get a chance to go to Vitosha mountain, which is essentially next to Sofia (so not too straightforward to get to as I think it’s best to hire a driver to get there) and apparently, a must-see. Oops.

We also ‘attempted’ to visit Boyana Church, a 900+ year old church situated in a very woodsy and pretty location not far from Vitosha mountain. We sadly didn’t manage to go inside – well, our impatience won as we couldn’t face waiting a couple of hours to get in for free. Terrible, I know, as this church, a UNESCO World Heritage site, is known for its amazing frescoes. 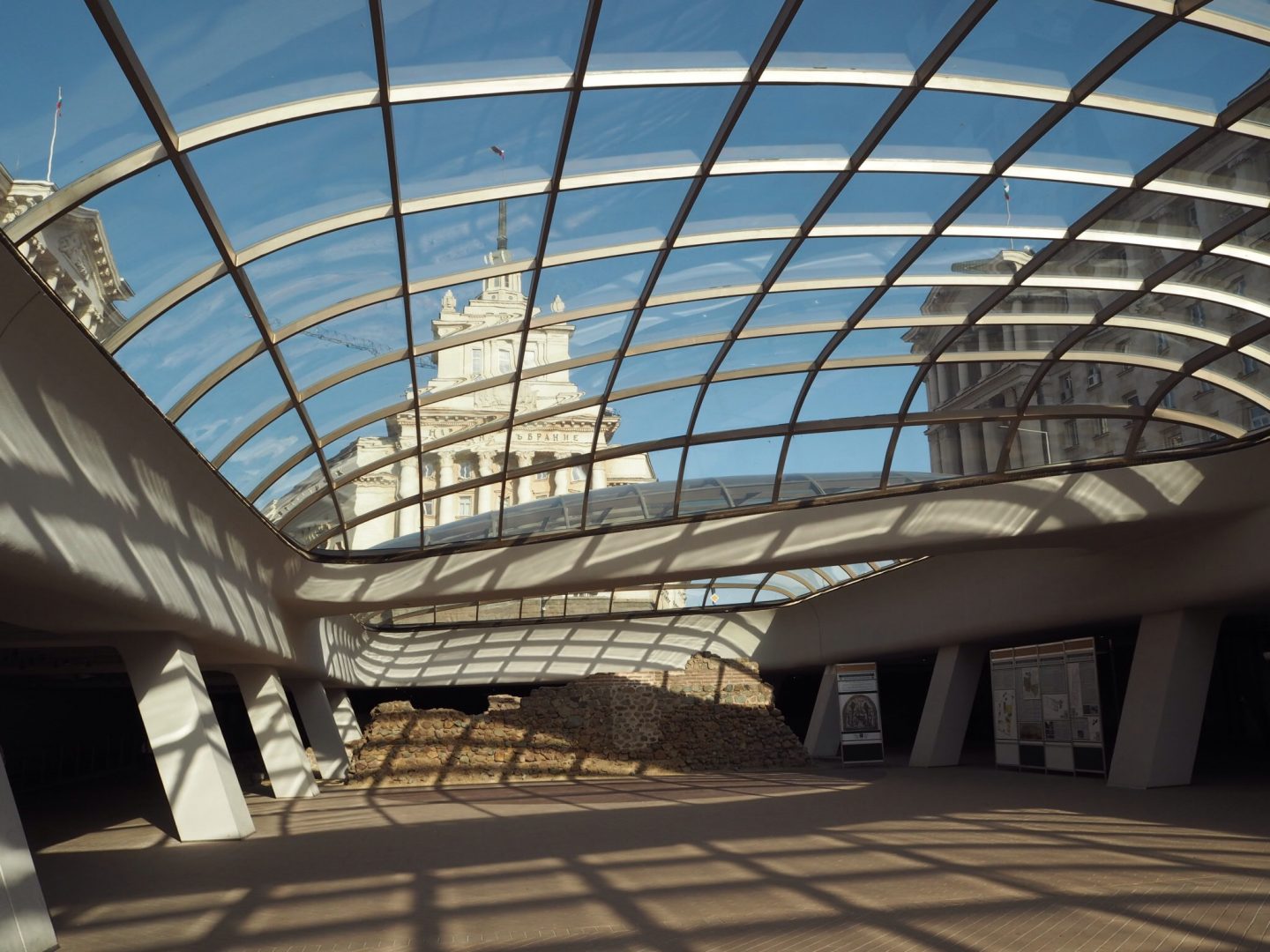 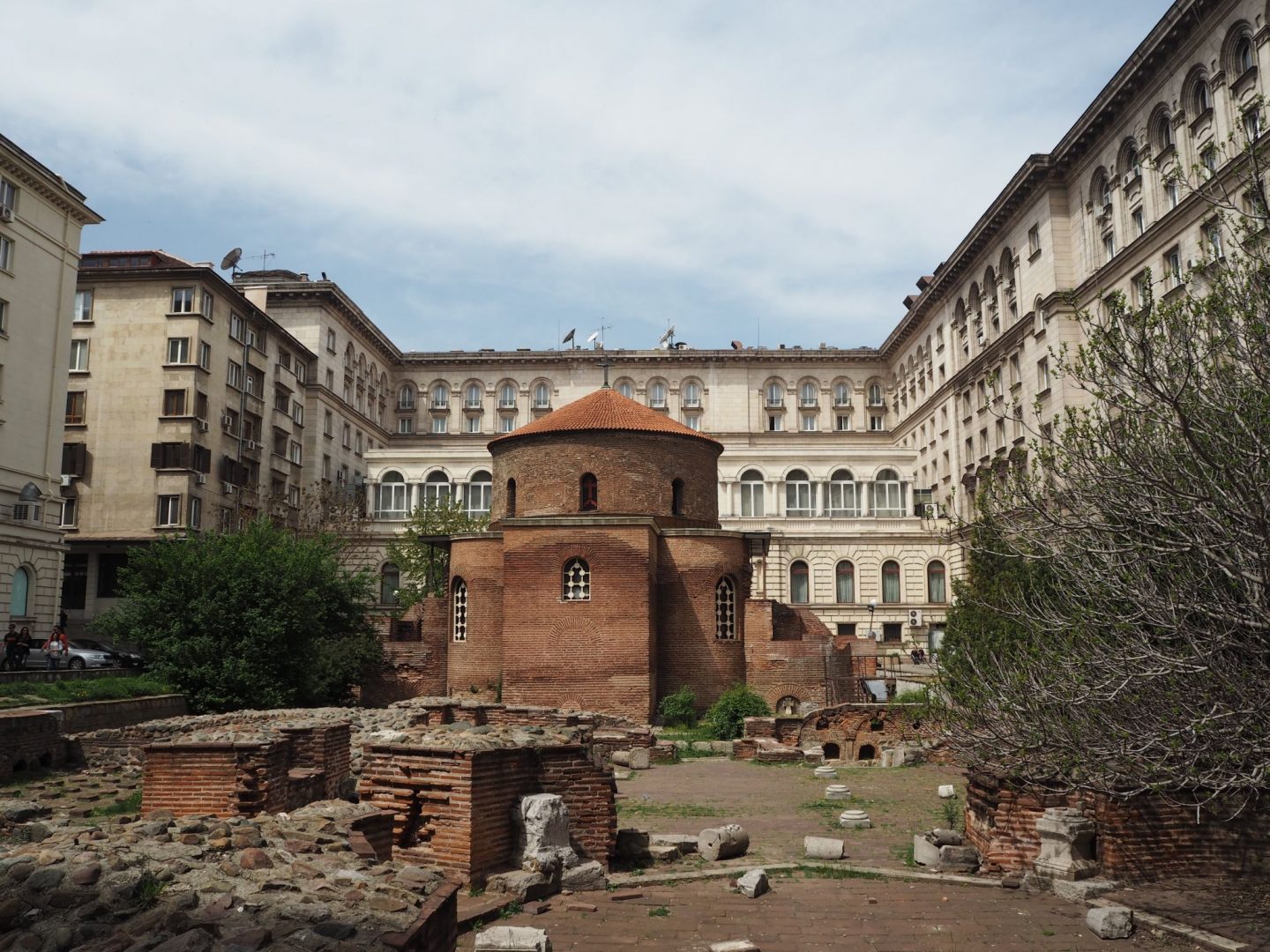 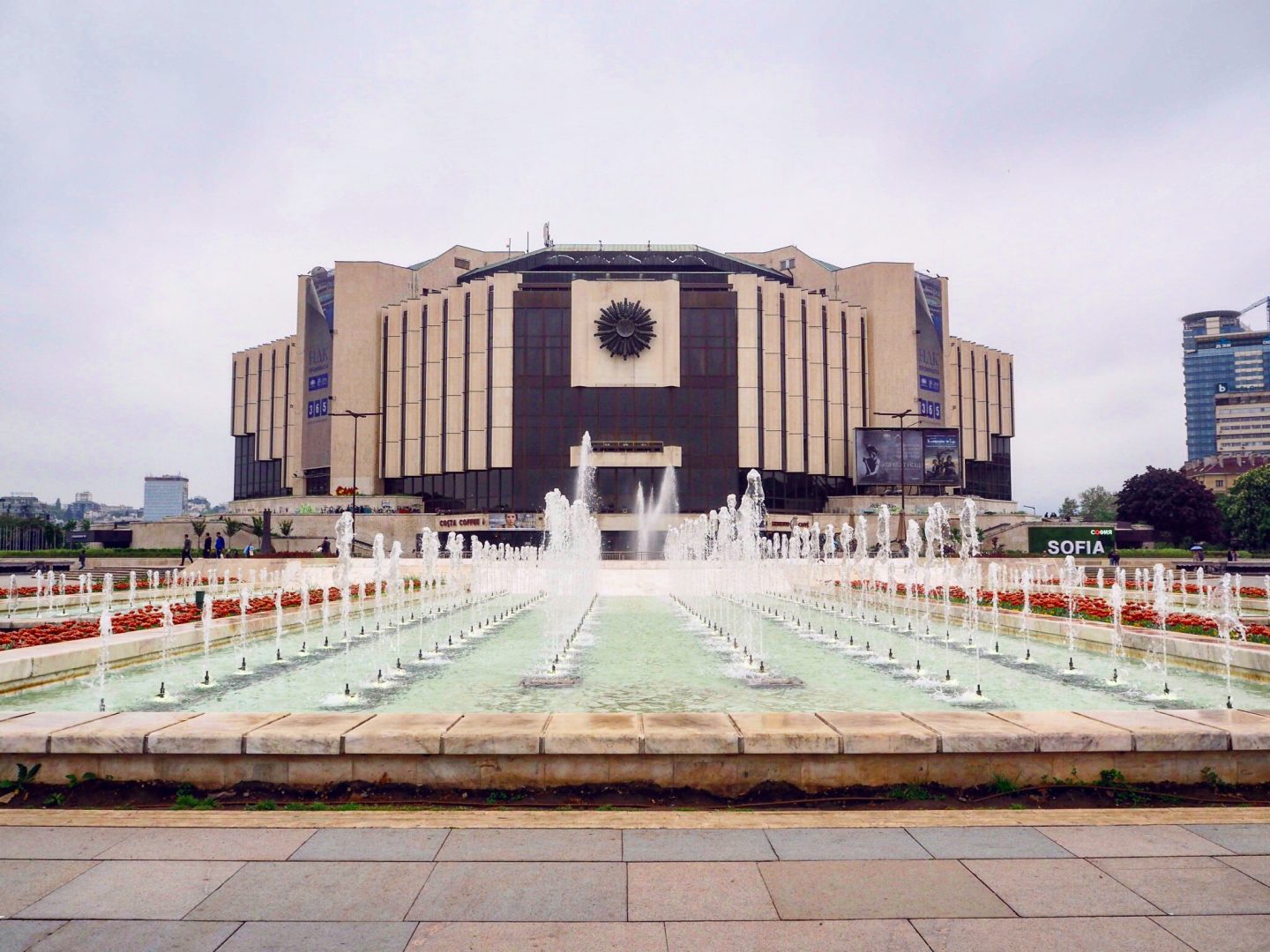 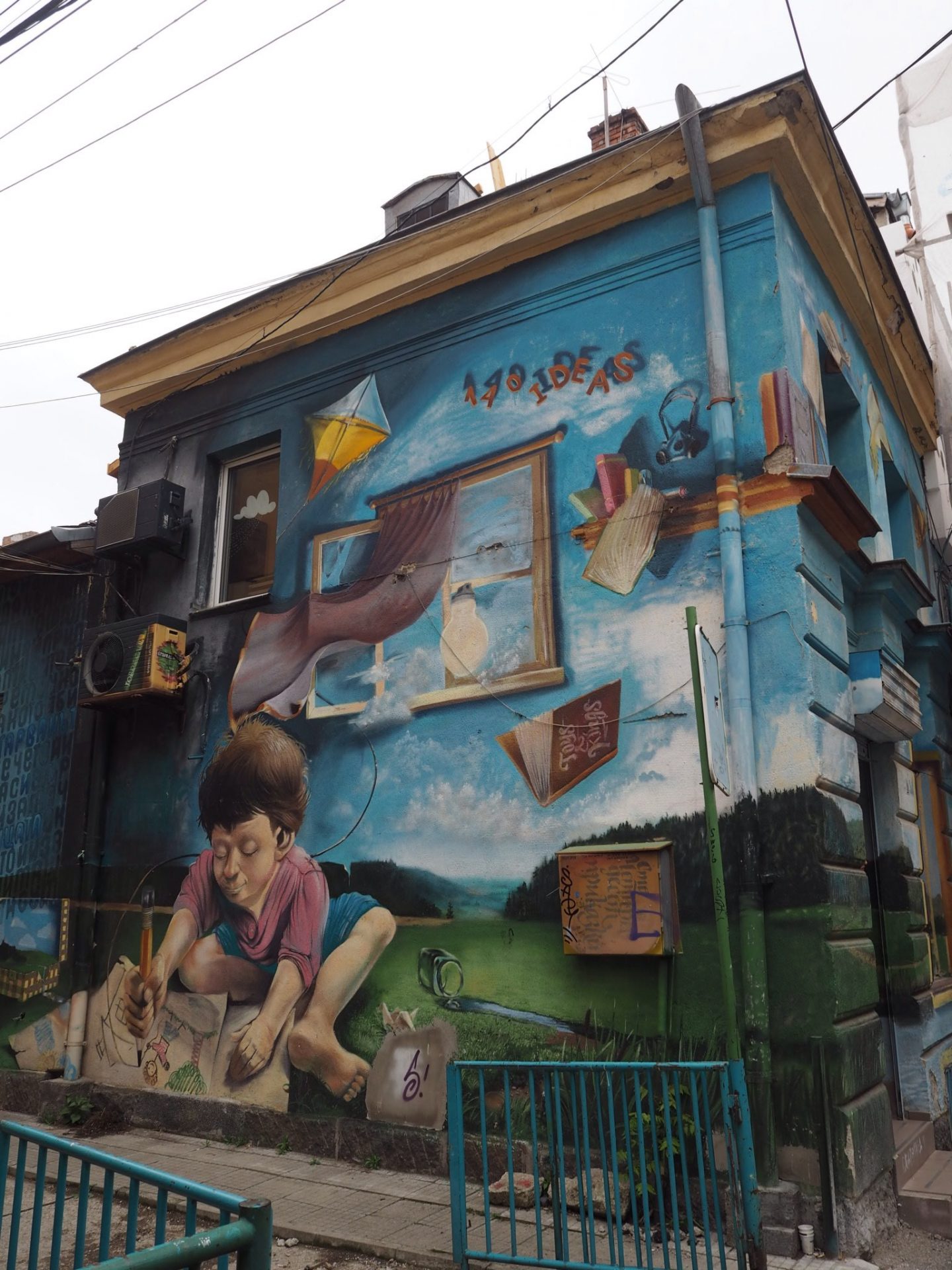 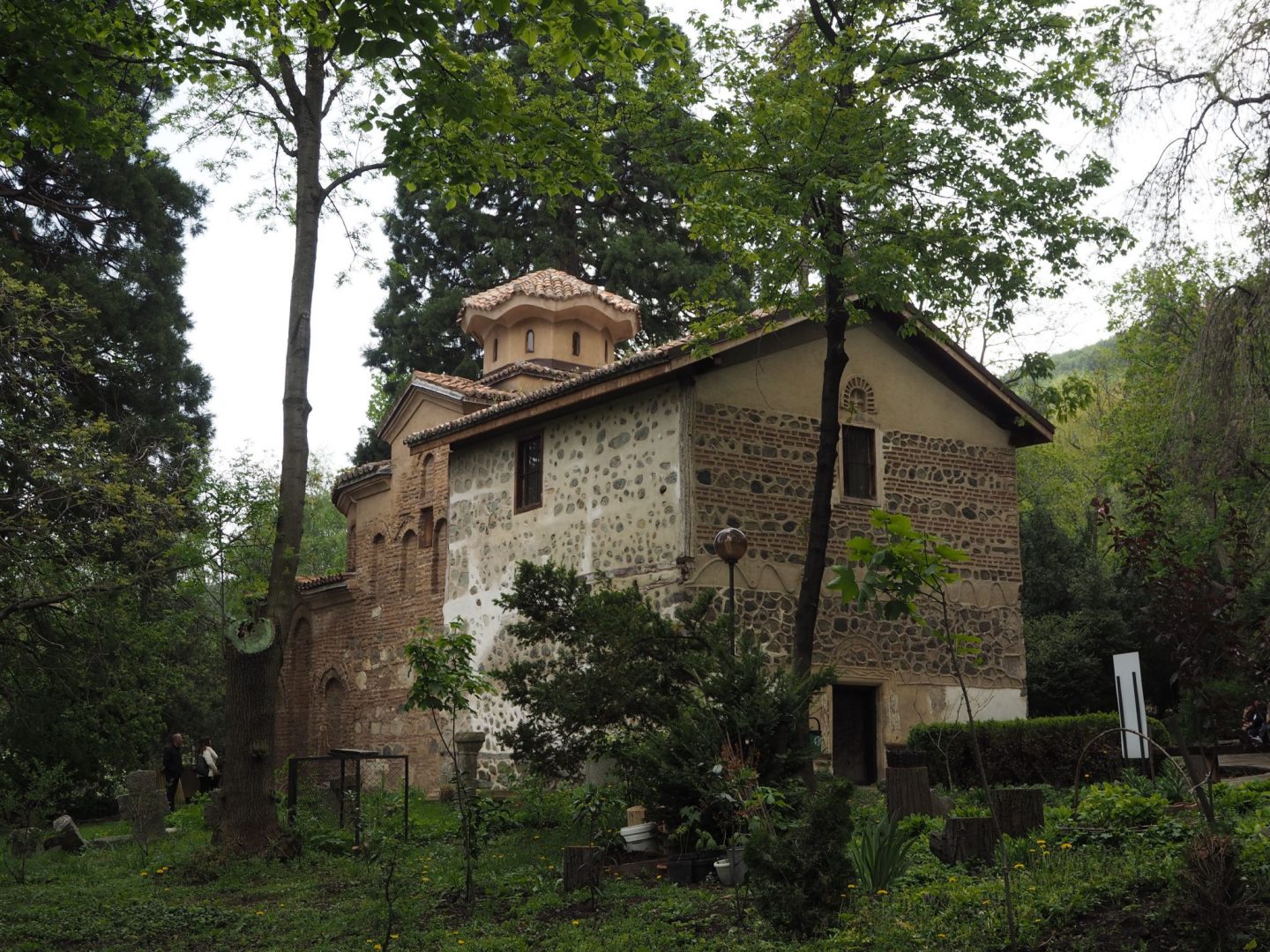 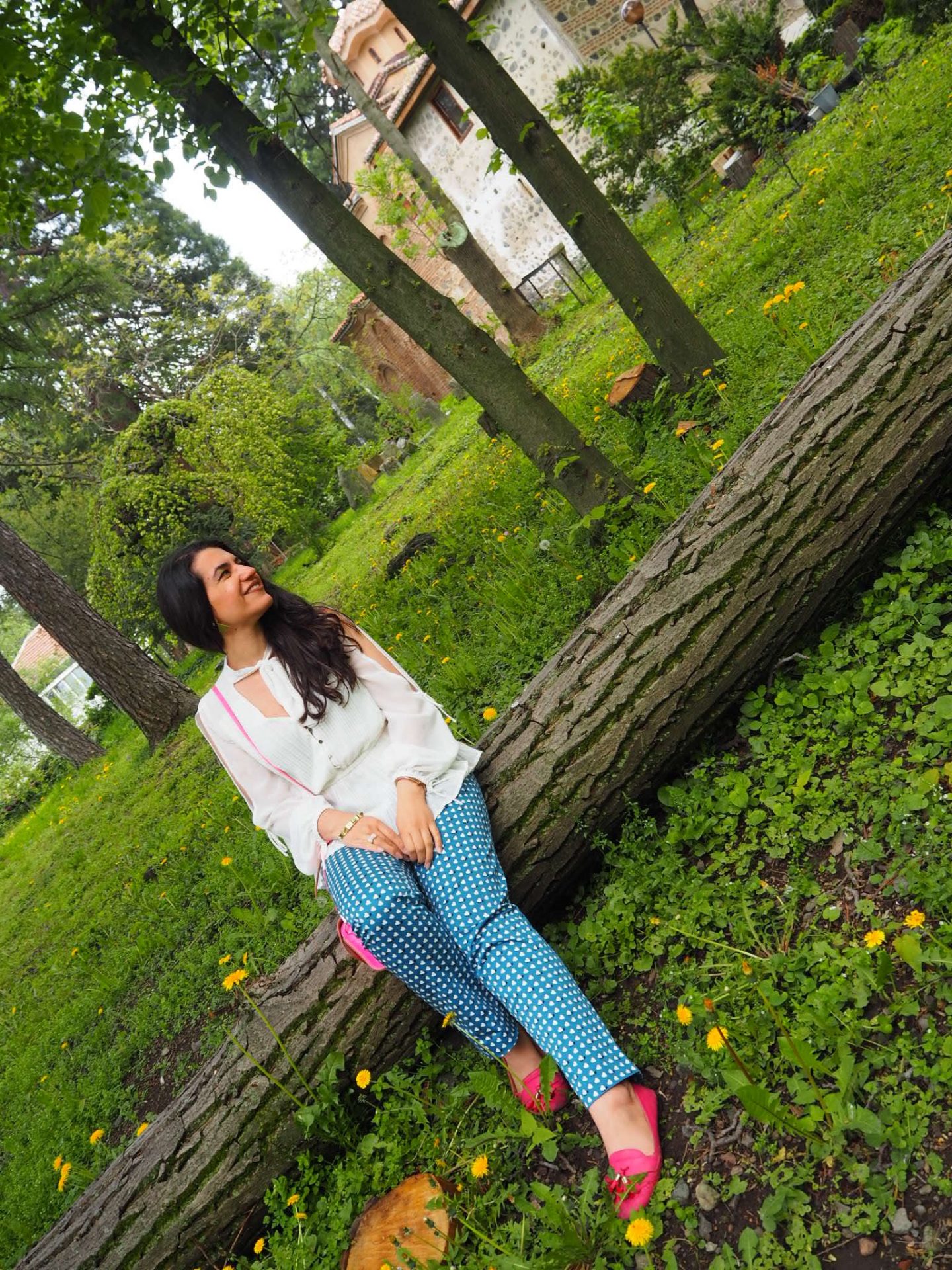 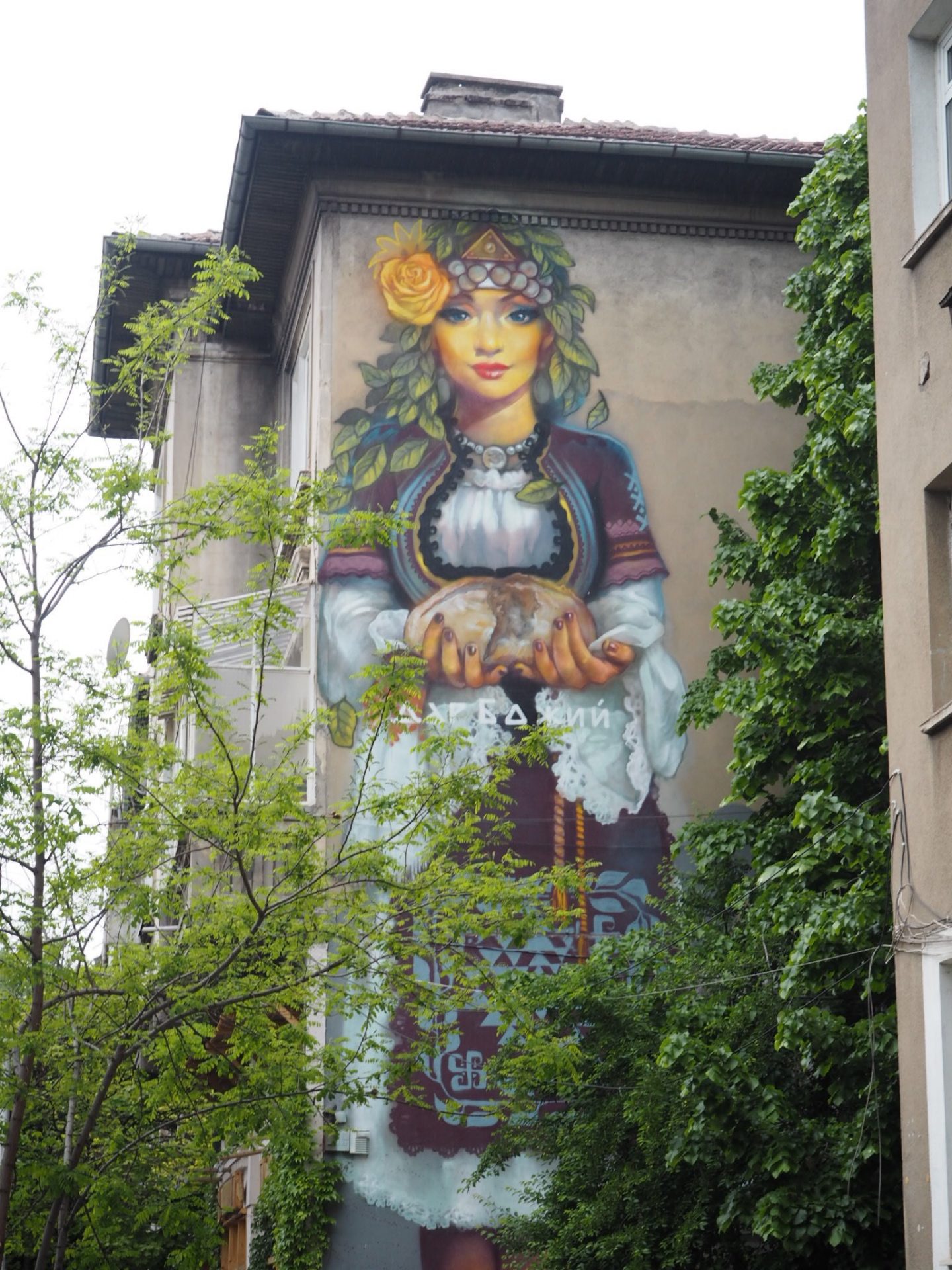 Let’s just say I have very fond memories of my food experience in Sofia! Our absolute favourite restaurant was Made in Blue – it’s just one of those places that ticks every box. With beautiful, vintage-inspired and very artsy interiors and deliciously fresh food, we ended up eating there twice – one time in one of its quirky rooms and the other time in its beautiful front garden, which felt like the perfect start to summer. I would say it’s worth having a little wander in the area where Made in Blue is located – with snippets of street art and a few cute fashion and lifestyle shops, it has a very bohemian vibe.

Another place we went to and loved was Made in Home (which I don’t think has anything to do with Made in Blue) – again, yummy food that felt very fresh and an artsy feel. Also, there’s another restaurant right next to it that looks very nice, but we didn’t get to go – so look out for it if you end up stumbling upon this restaurant!

We also went to Social Cafe – it doesn’t seem as ‘unique’ as the other two places mentioned since it’s right on the Vitosha Boulevard (one of Sofia’s main commercial streets) and inevitably does feel touristy, but the food was good and the atmosphere was nice too.

For those of you who have a sweet tooth, I would recommend the cafe Villa Rosiche (there are two, the one we went to is not far from Vitosha Boulevard, 0n Neofit Rilski street), as it’s such a beautiful spot with a pretty good choice of sweet treats. 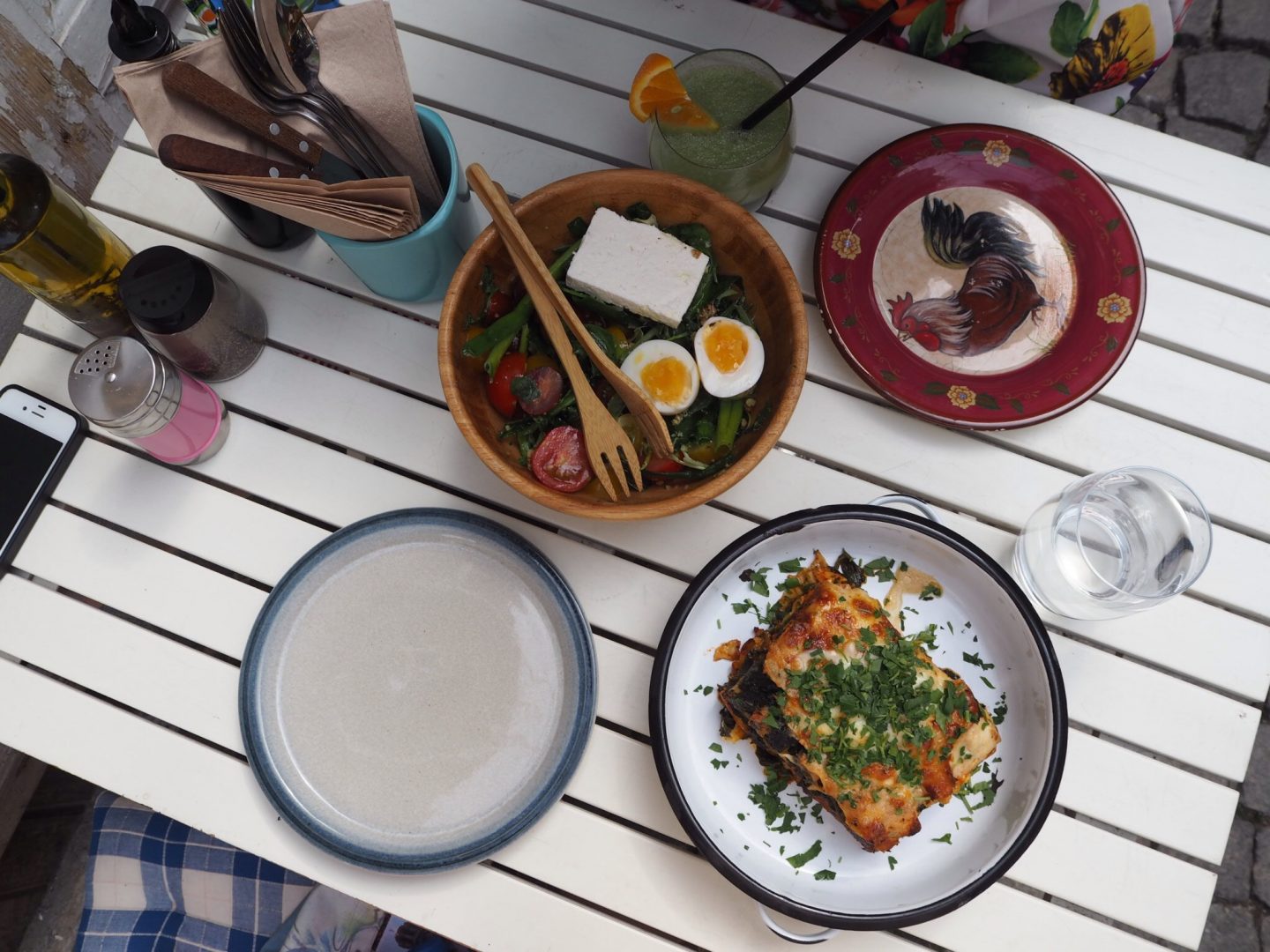 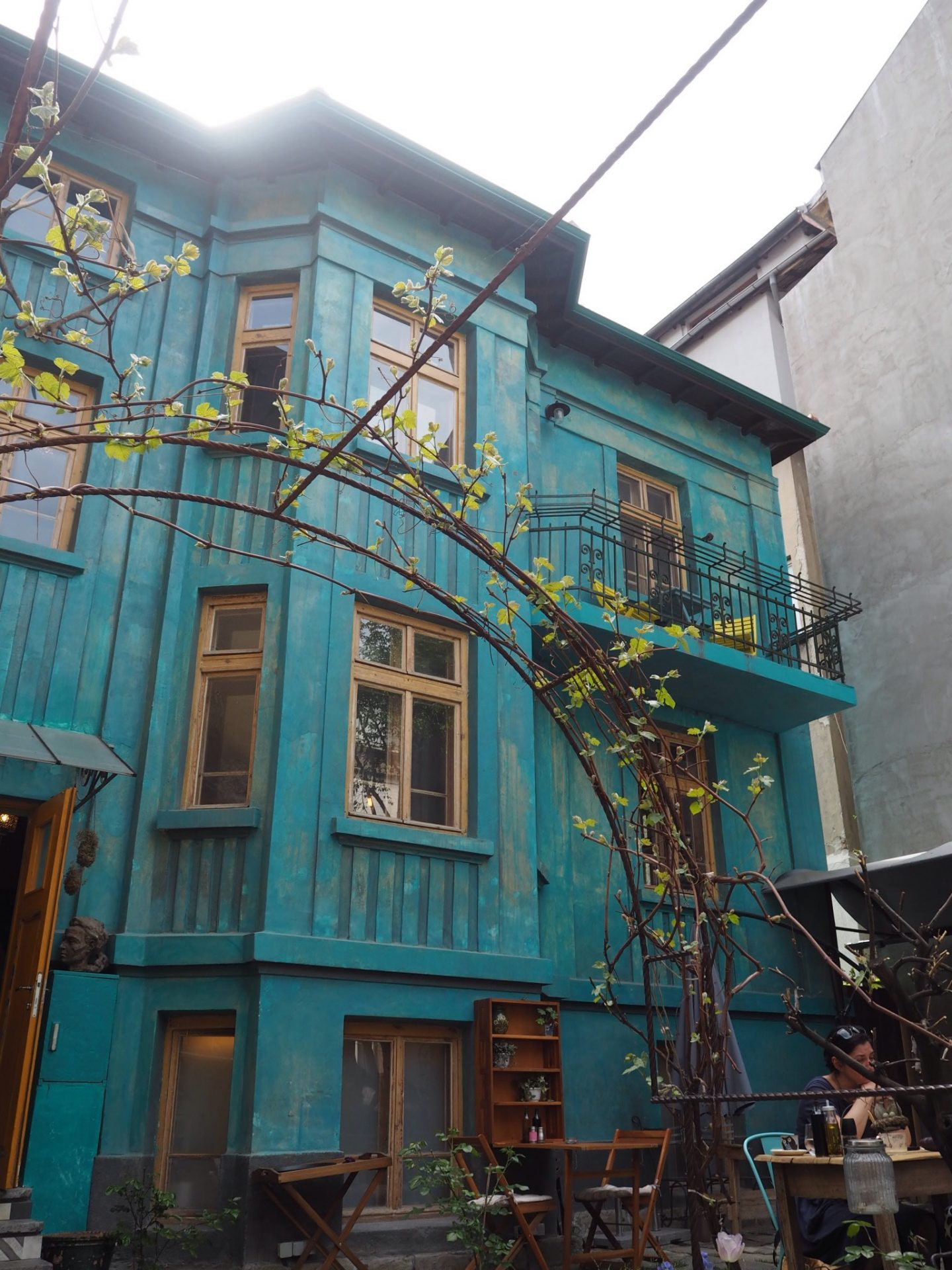 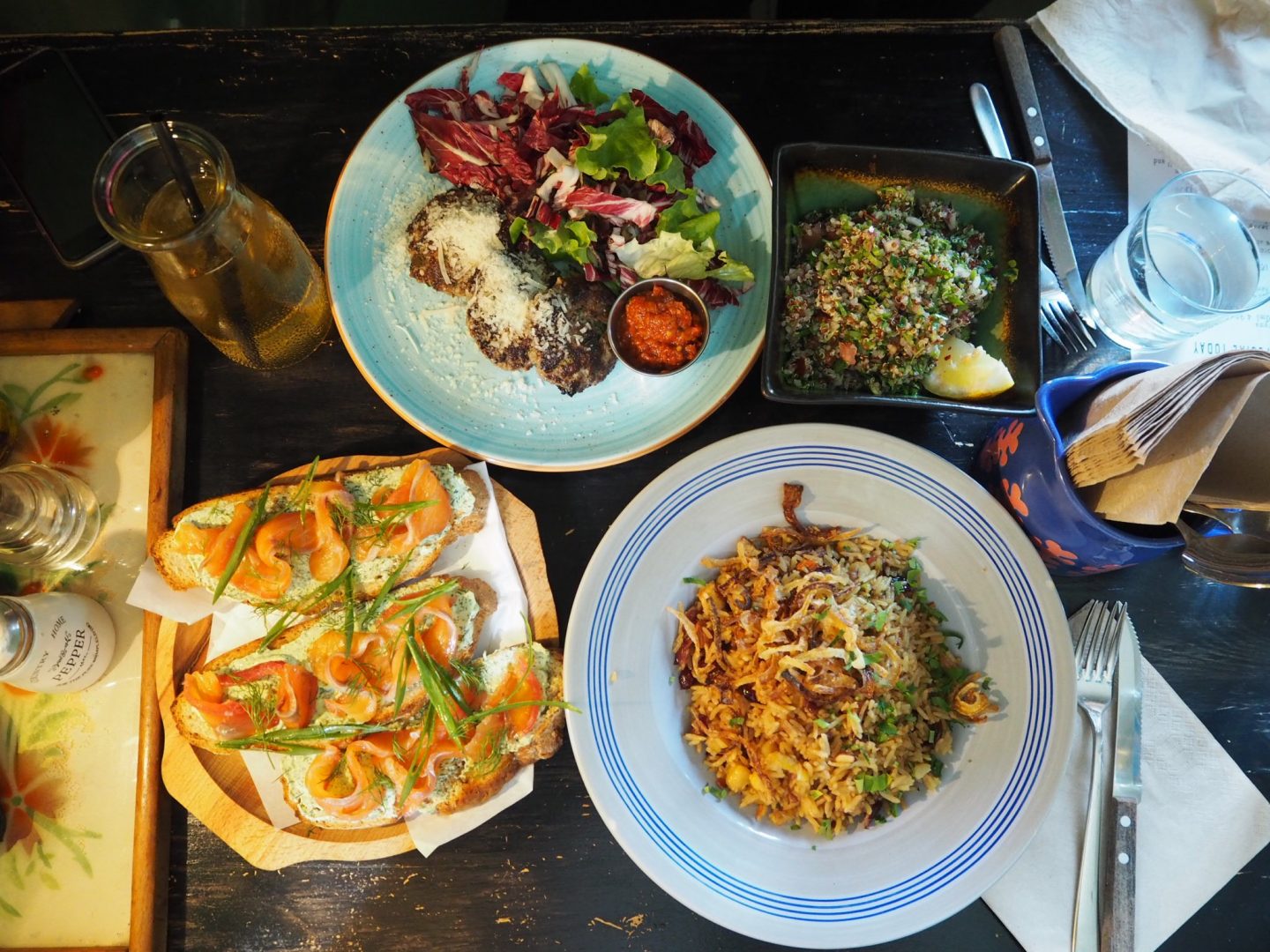 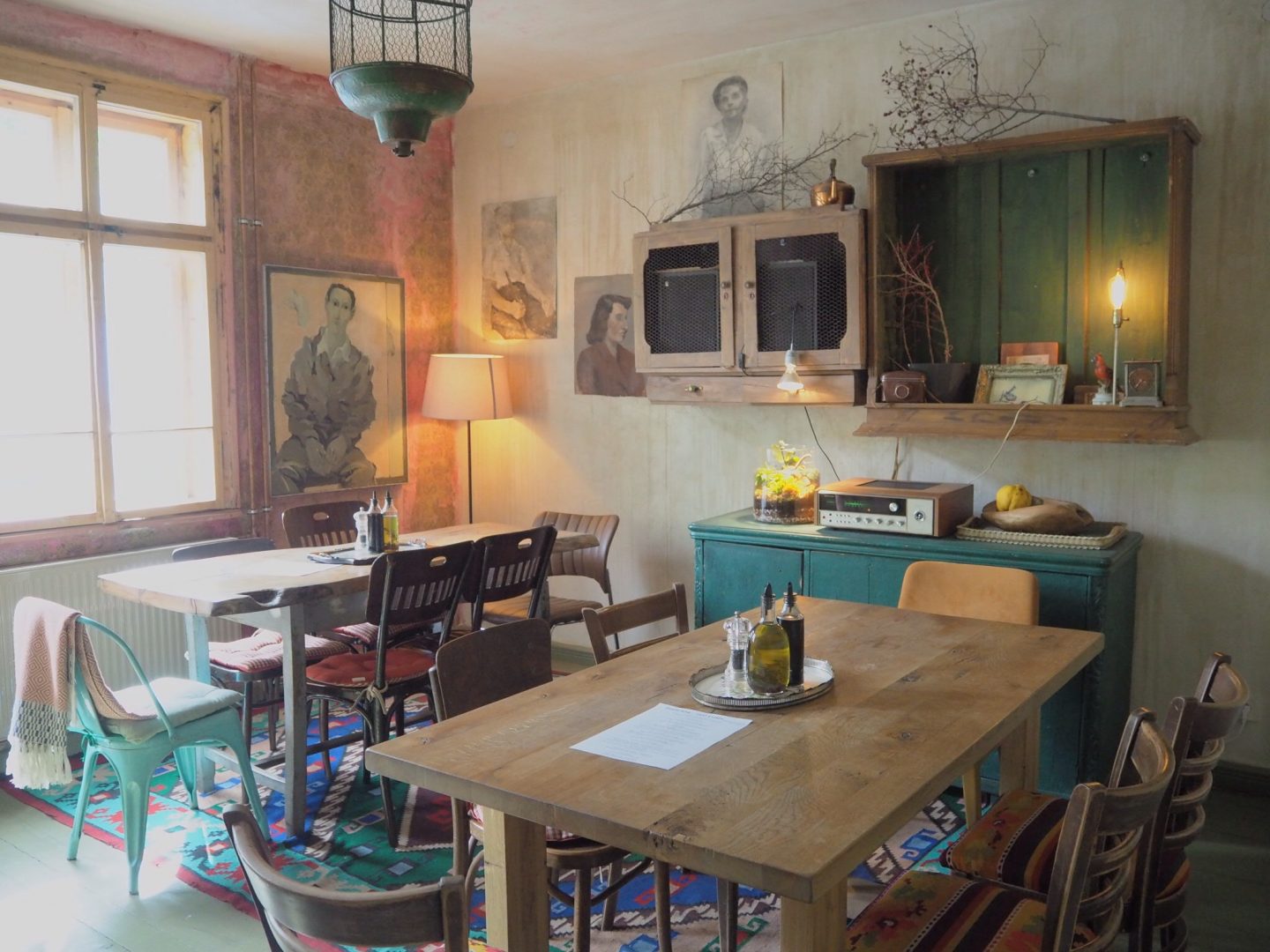 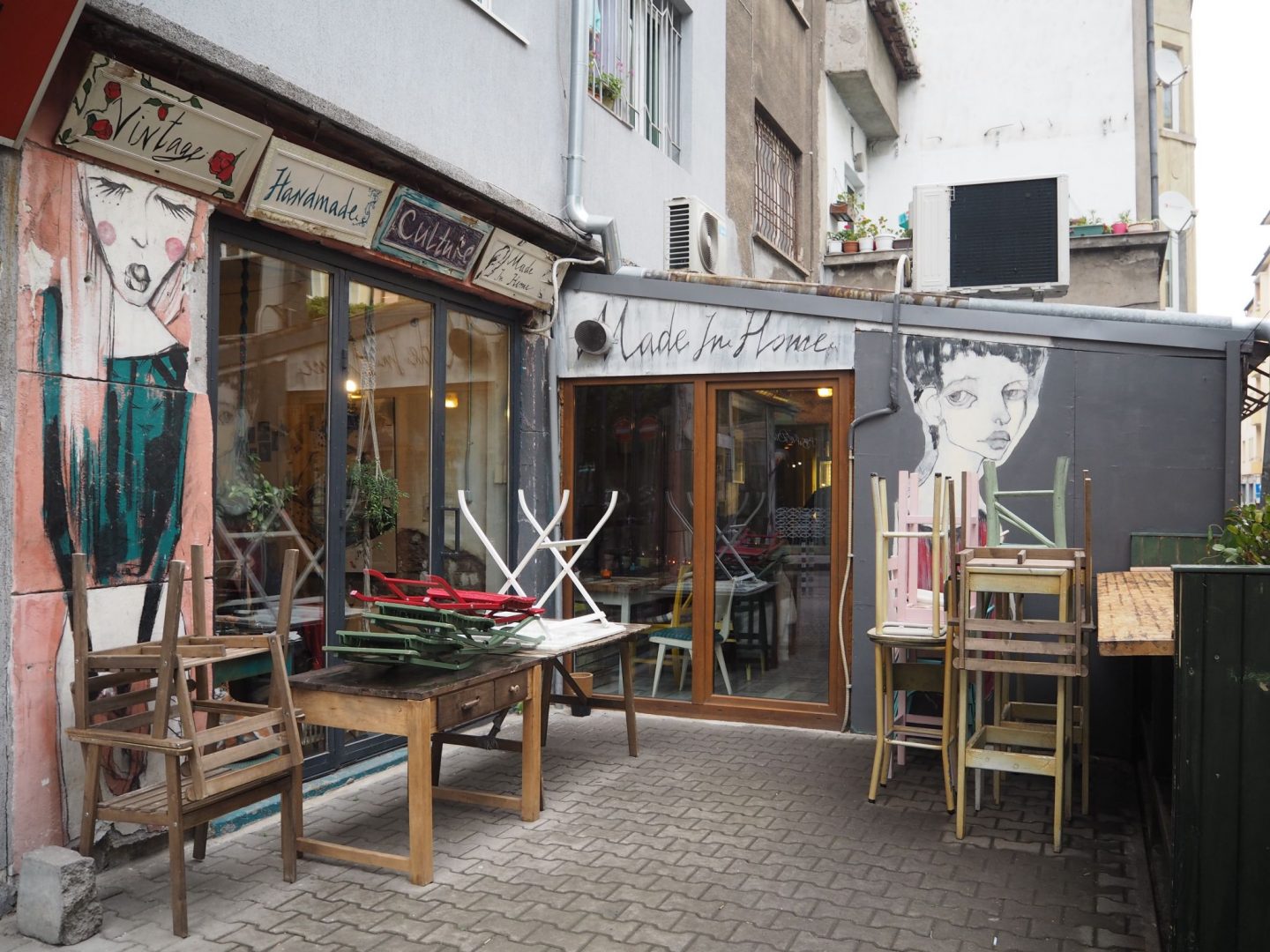 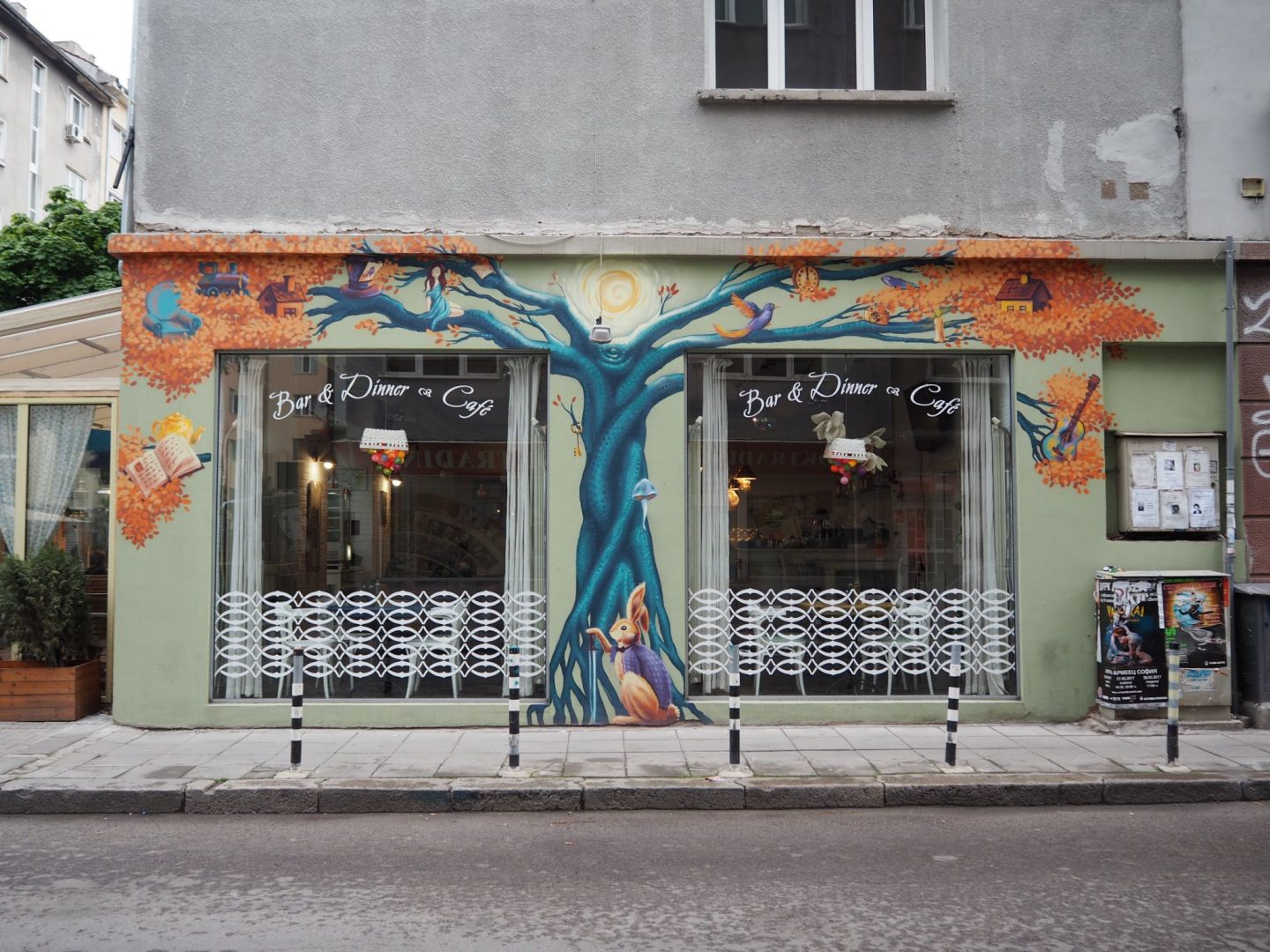 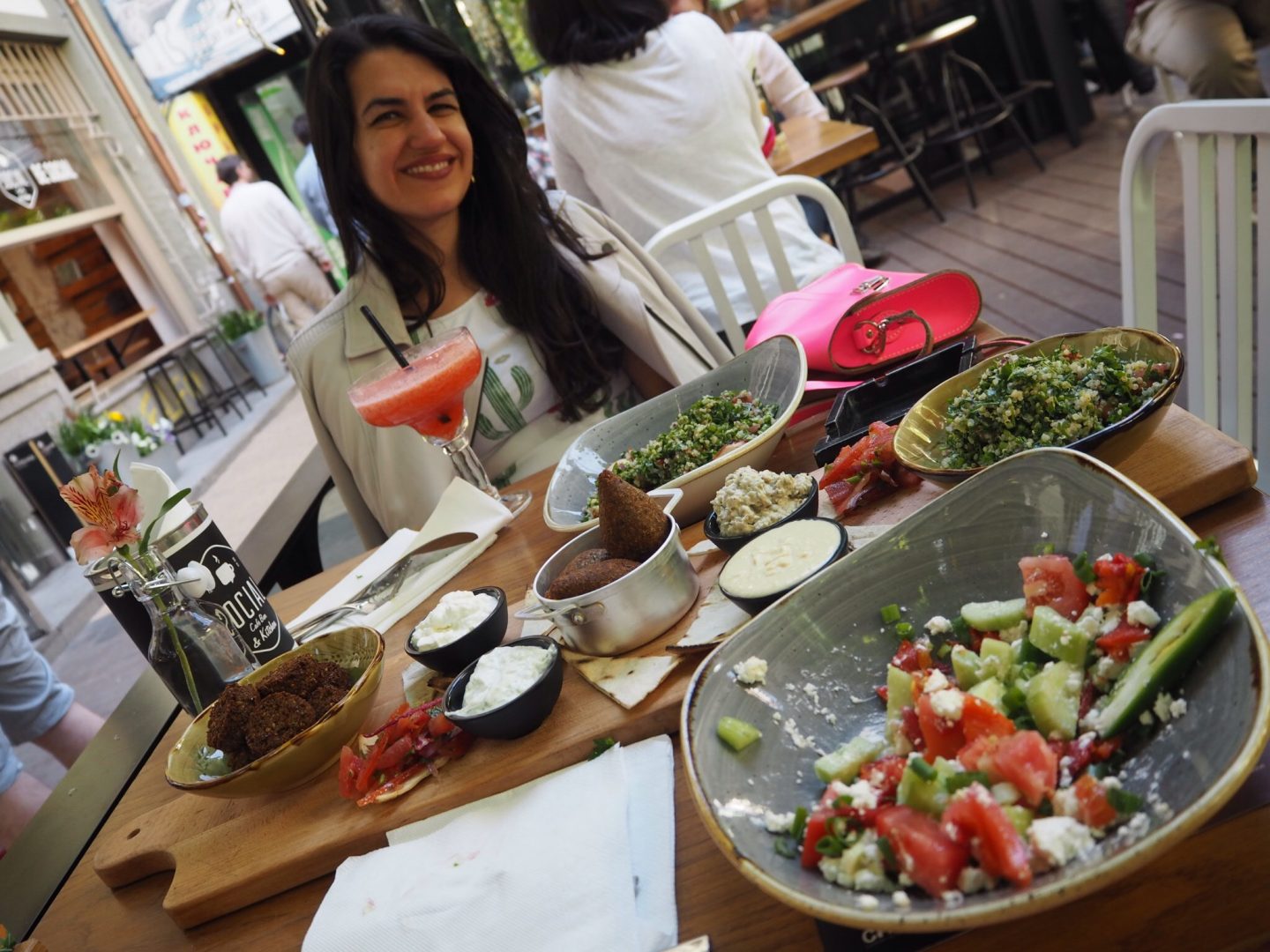 Well, ignorant me not only did not know about Sunny Beach, I also didn’t know that Bulgaria in itself (or Sofia at least) has one heck of a night life. If you’re up for some naughtiness then definitely go all out with a Pub Crawl – yes, it’s a meat market but don’t be too quick to disregard it straight away.

The pub crawl will vary from night to night – expect it to be more chilled and therefore to be taken to more relaxed and, should we say, ‘authentic’ places on a week night. If it’s a proper night out you’re after, then go all out and opt for a Friday or Saturday night – it’ll be a fun one.

My favourite place was a chilled option, the beautiful Hambara – an intimate place literally lit just with candles that feels oh so bohemian and cool. For further chilled vibes, I also loved Apartment (or A:part:mental), where you can have some food too – it is literally an apartment (albeit a very big one) which includes a bit of strange self service but is just too cool for school. 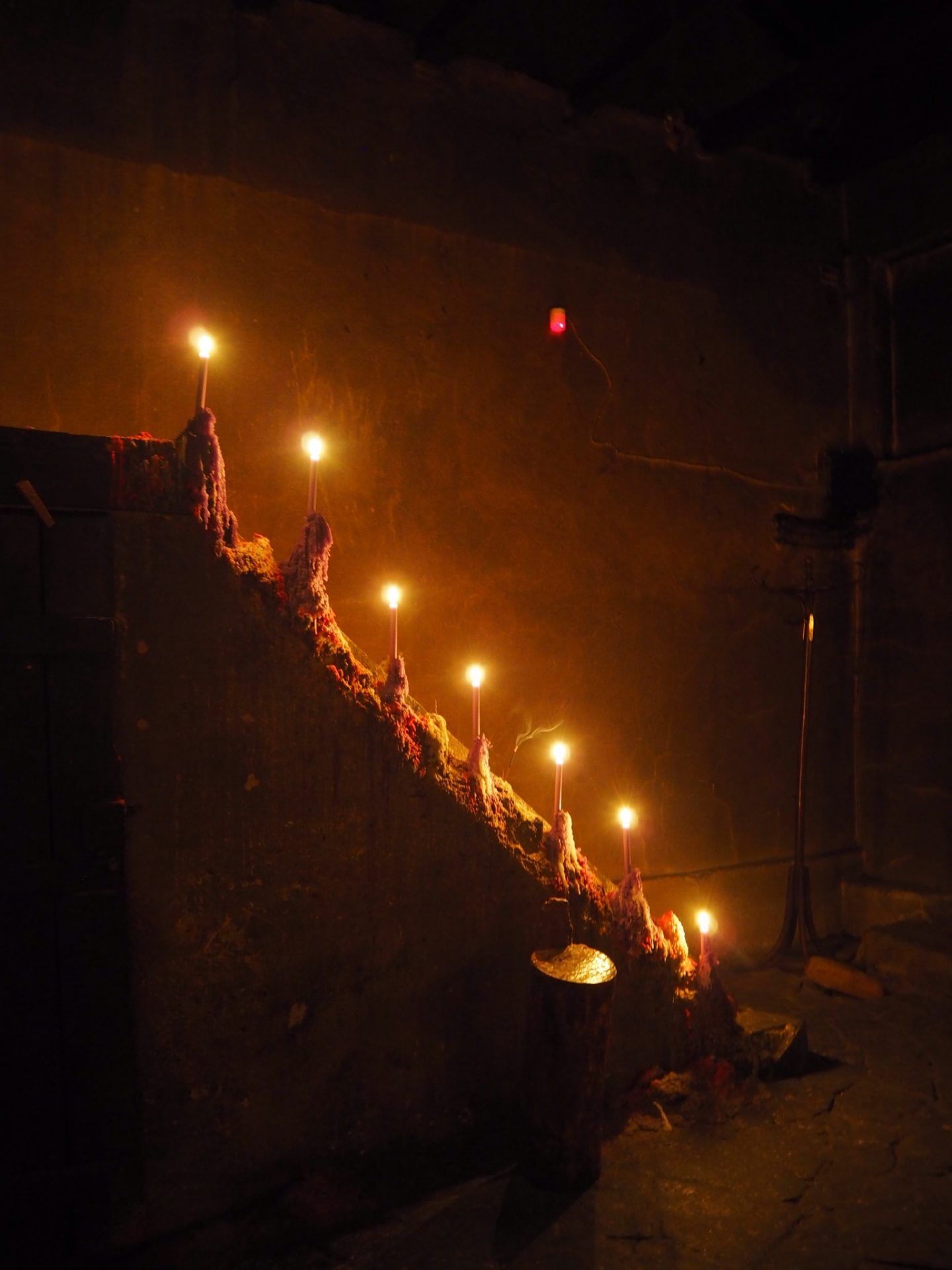 WHERE (ELSE) TO GO

Looking back I feel like everyone advised us to venture out of Sofia since we were going for a few days. We decided to see to how it goes – we got to Sofia in the afternoon, wandered around, then did a lot of touristy stuff the following day, and arranged a private tour to the medieval town of Plovdiv for our third day in Bulgaria (which included a quick stop at a swimming pool with saunas).

Plovdiv, which is said to be one of the oldest cities in Europe, was lovely, quite different to Sofia in the sense that it felt a little more relaxed and very much focused on the arts, with its Old Town being one of the most picturesque and charming places one could encounter. It definitely felt like it was very much gearing up to excel in its title of European Capital of Culture in 2019!

We really wanted to go see Rila Monastery (not too far from Sofia but you would have to sort out some method of transport, so not too straightforward either) but didn’t manage to (next time!), we also considered Varna and even the coast. Basically, you are spoilt for choice when visiting Sofia, as there are so many interesting places around it to discover. 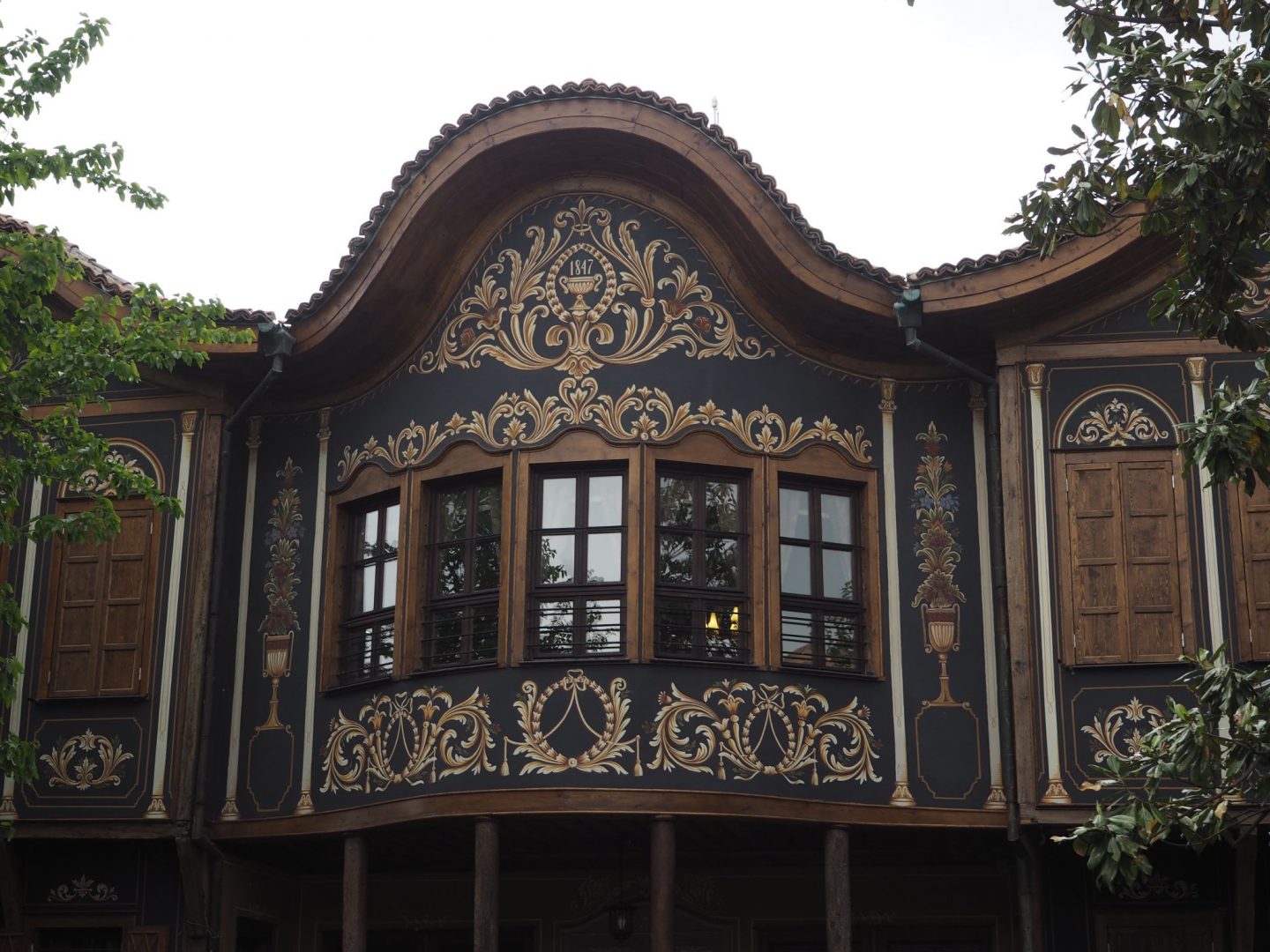 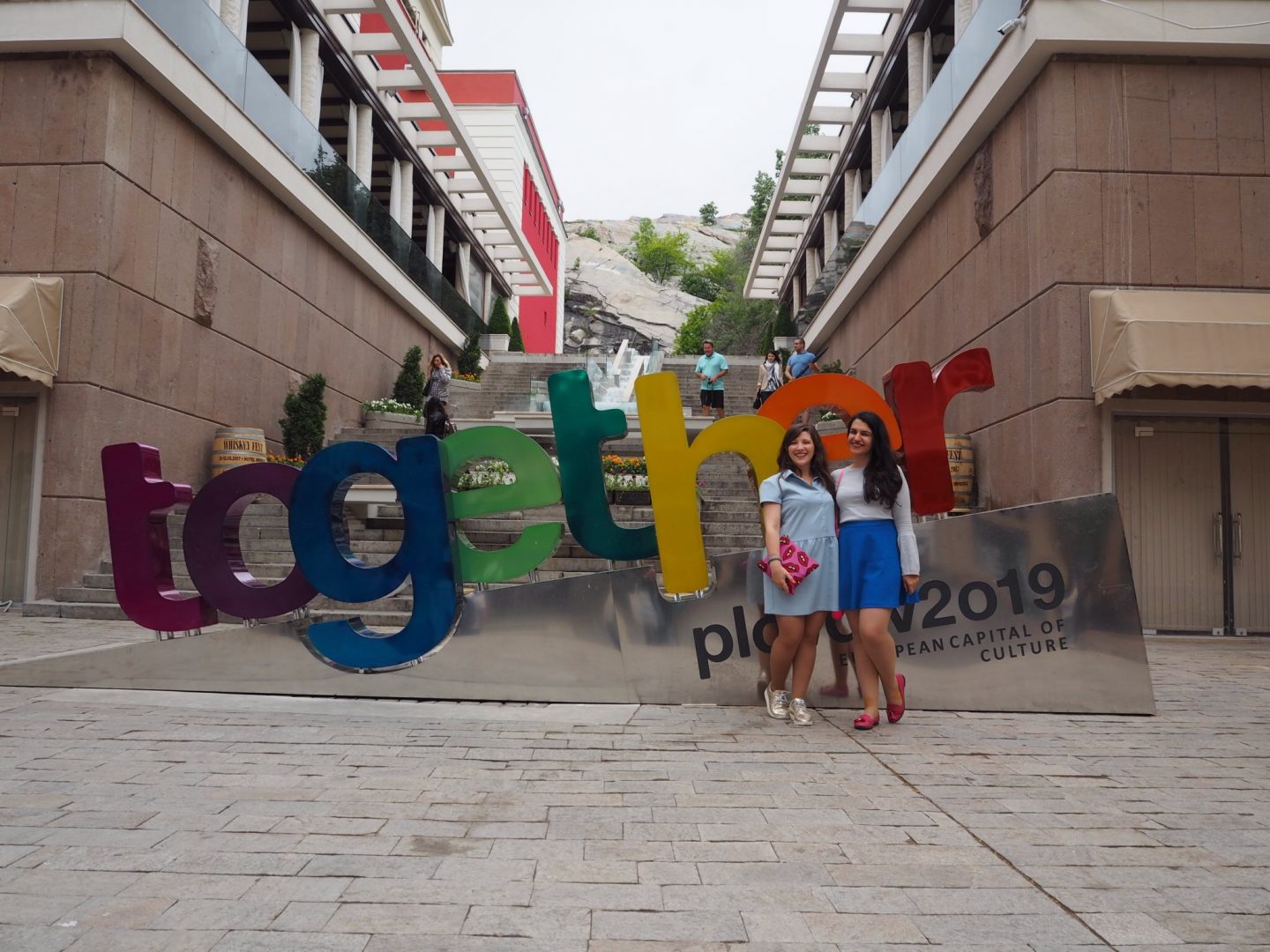 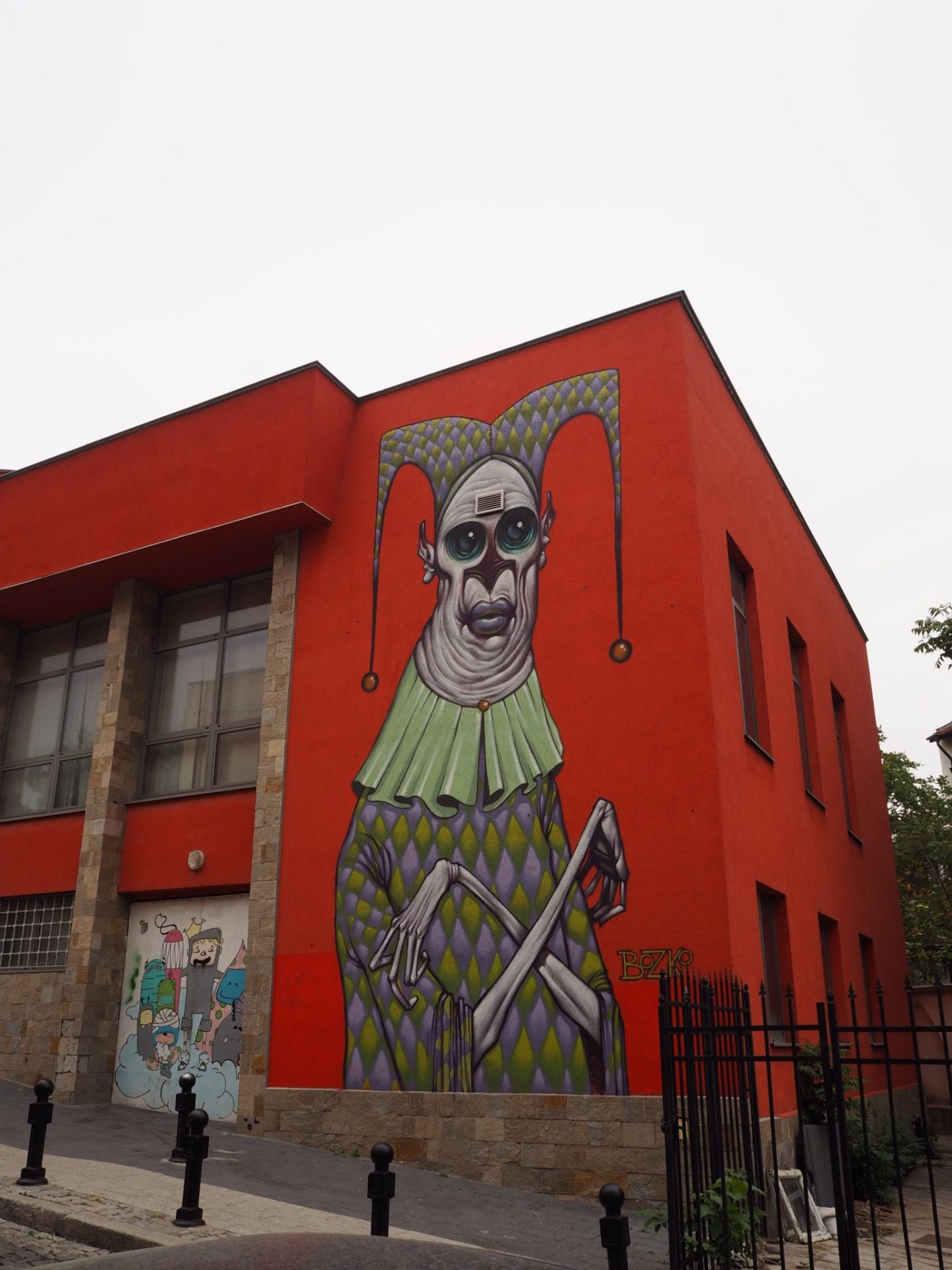 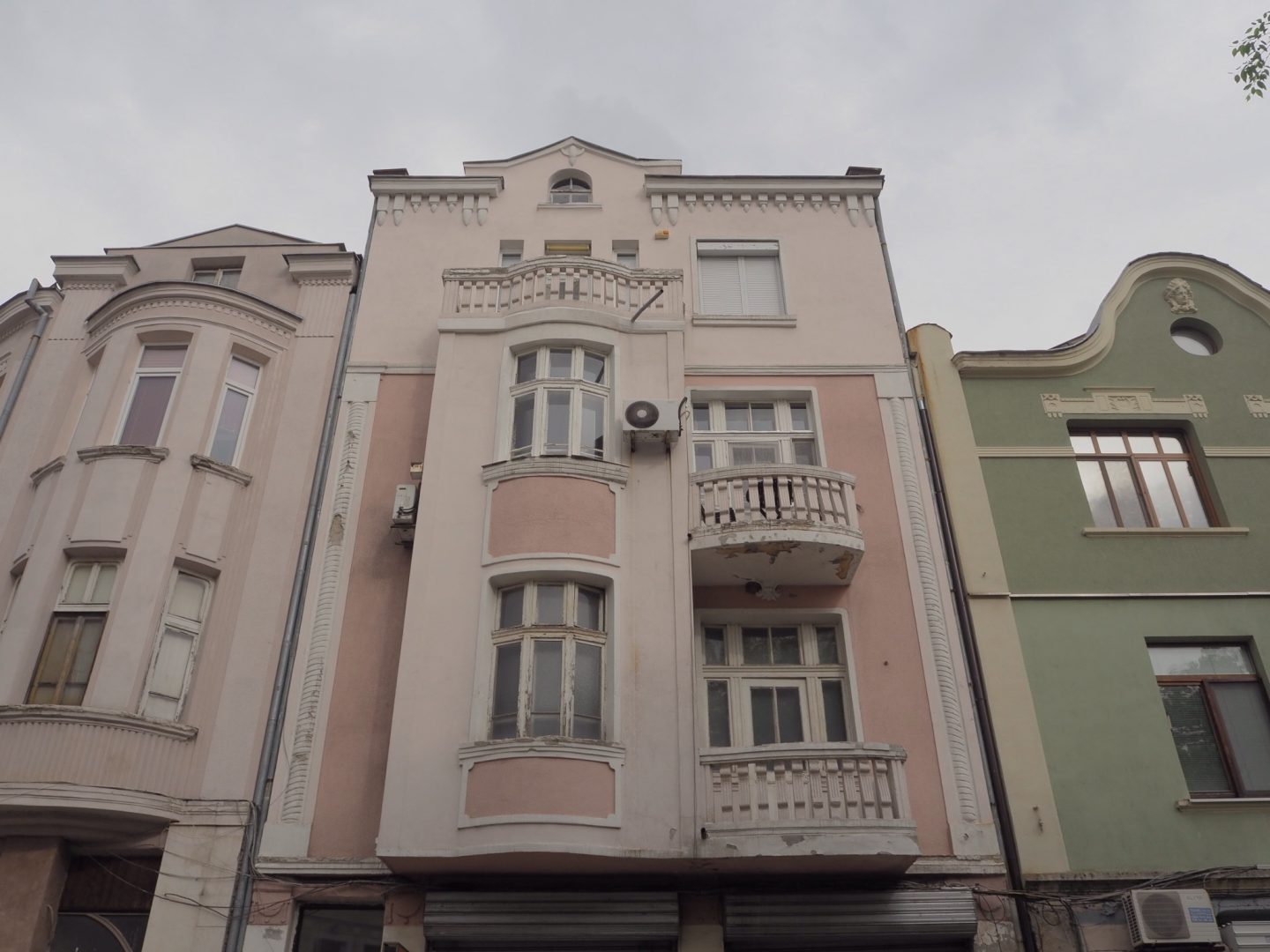 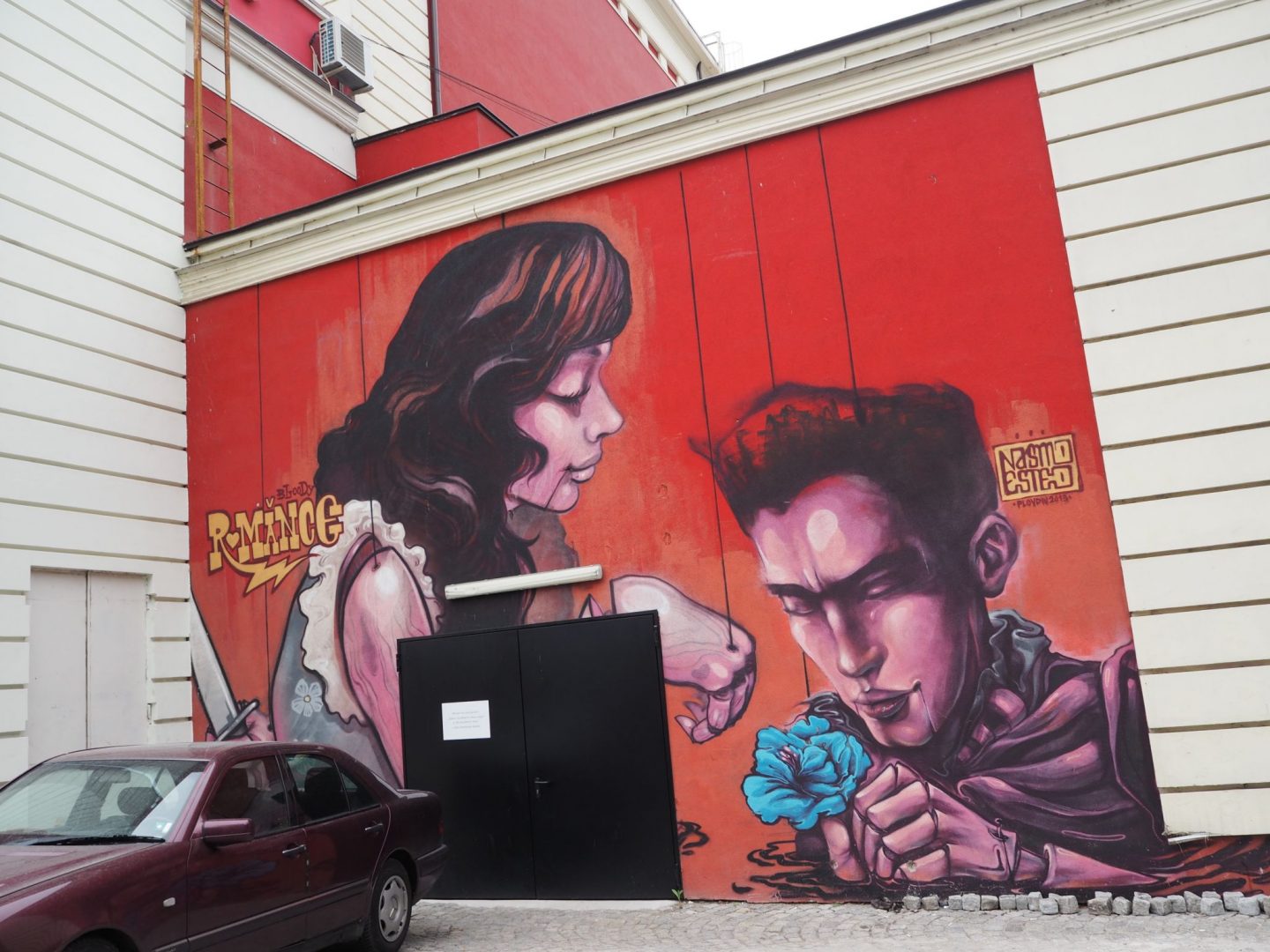 OK, I’ve written an essay – if anyone has made it to the end you deserve a pat on the back. And because I’m terrible at wrapping things up, here are three more points that you might want to bare in mind: 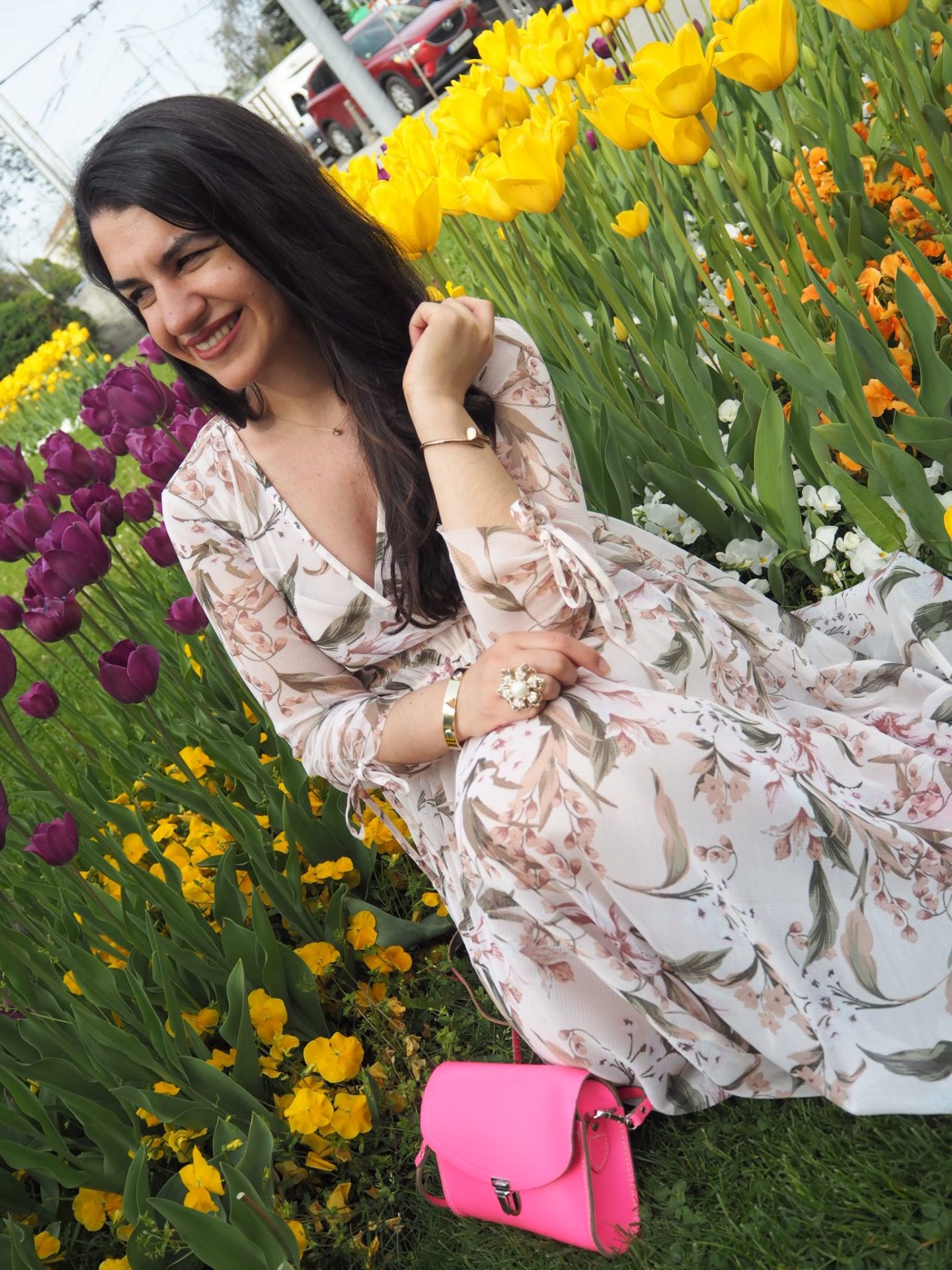 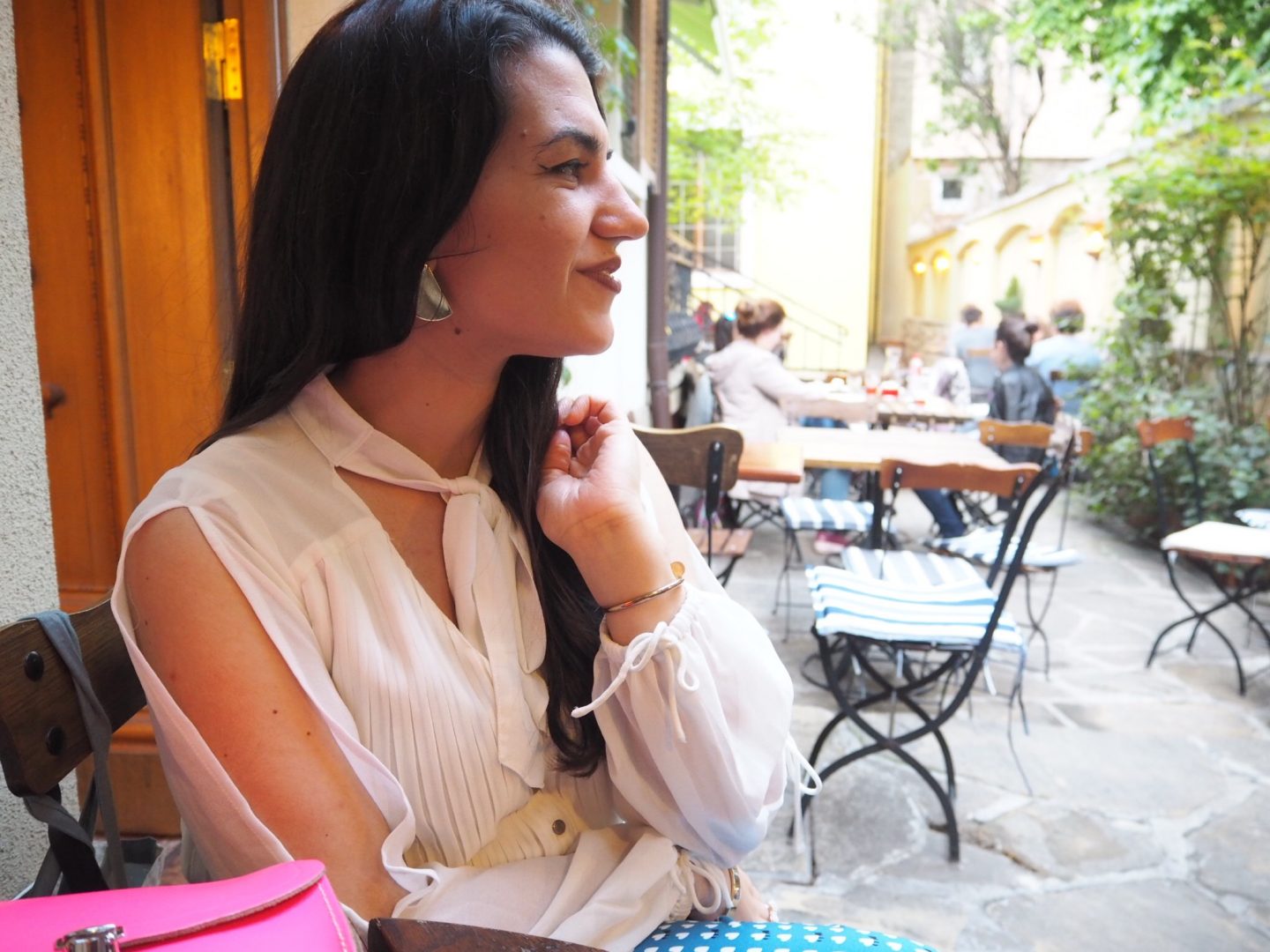 I can’t believe it’s taken me about six months to finally sit down and write up this post! Once a few months had passed I had my doubts on writing it at all as it was so long ago, but then I reminded myself that just because it’s been a while it doesn’t mean I shouldn’t share such a good memory that can serve as a mini guide or starting point to others. So, if you do decide to visit Sofia, I hope this post is somewhat helpful – and in case you can’t tell from the lengthiness of it all, I would totally recommend it.

Pictures taken by me and my friend Ruth between April 27th and May 1st, 2017 in Sofia and Plovdiv, Bulgaria.