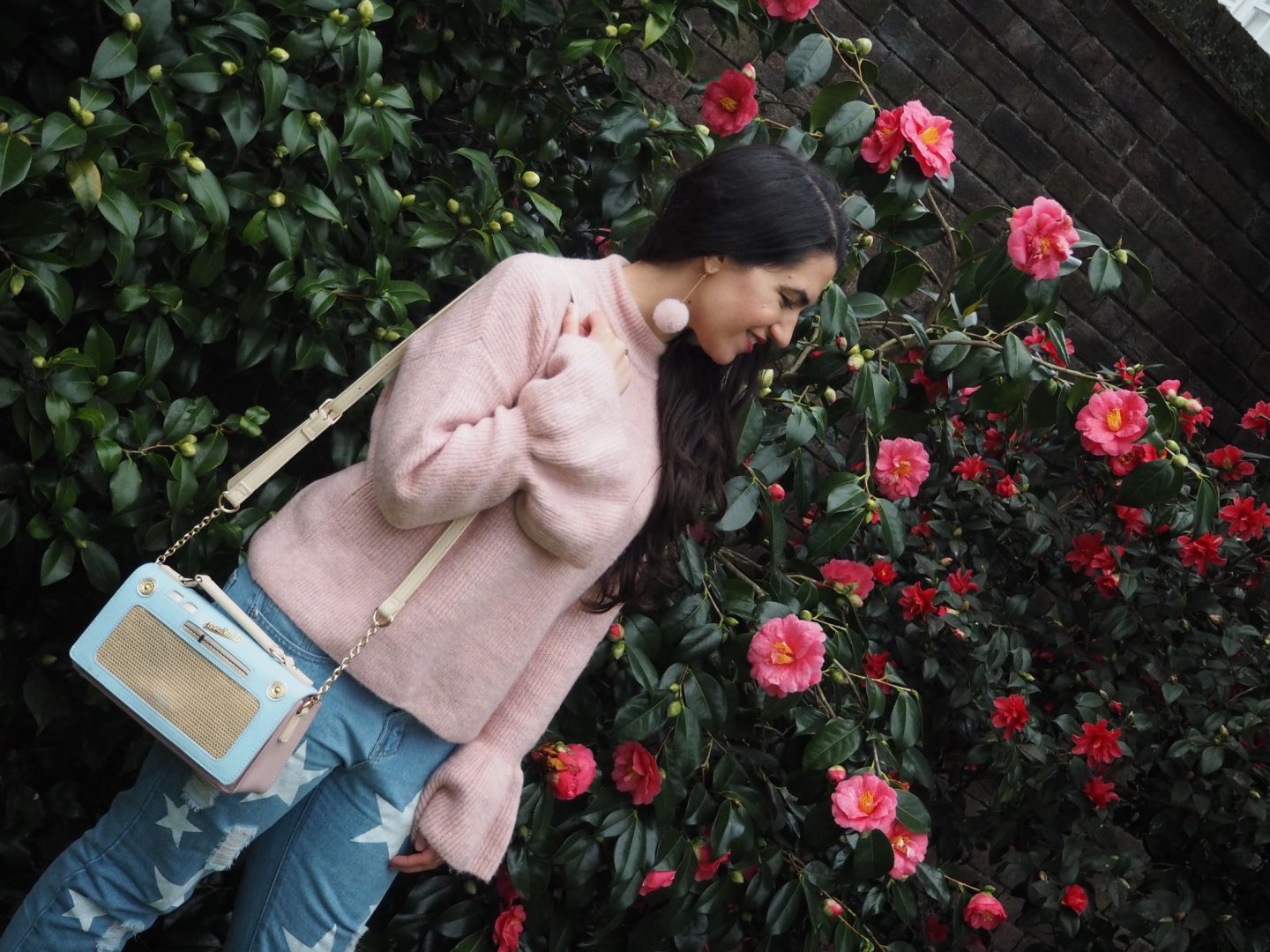 It’s funny how Marks & Spencer may not be regarded as a super fashion-forward retailer like say Topshop or Zara, and yet manages to get it so right sometimes with collaborations and key pieces. This Spring/Summer season has not an been an exception – I was actually planning on calling this post ‘The blogger jumper’ because oh my God, this jumper was a nightmare to get a hold of. 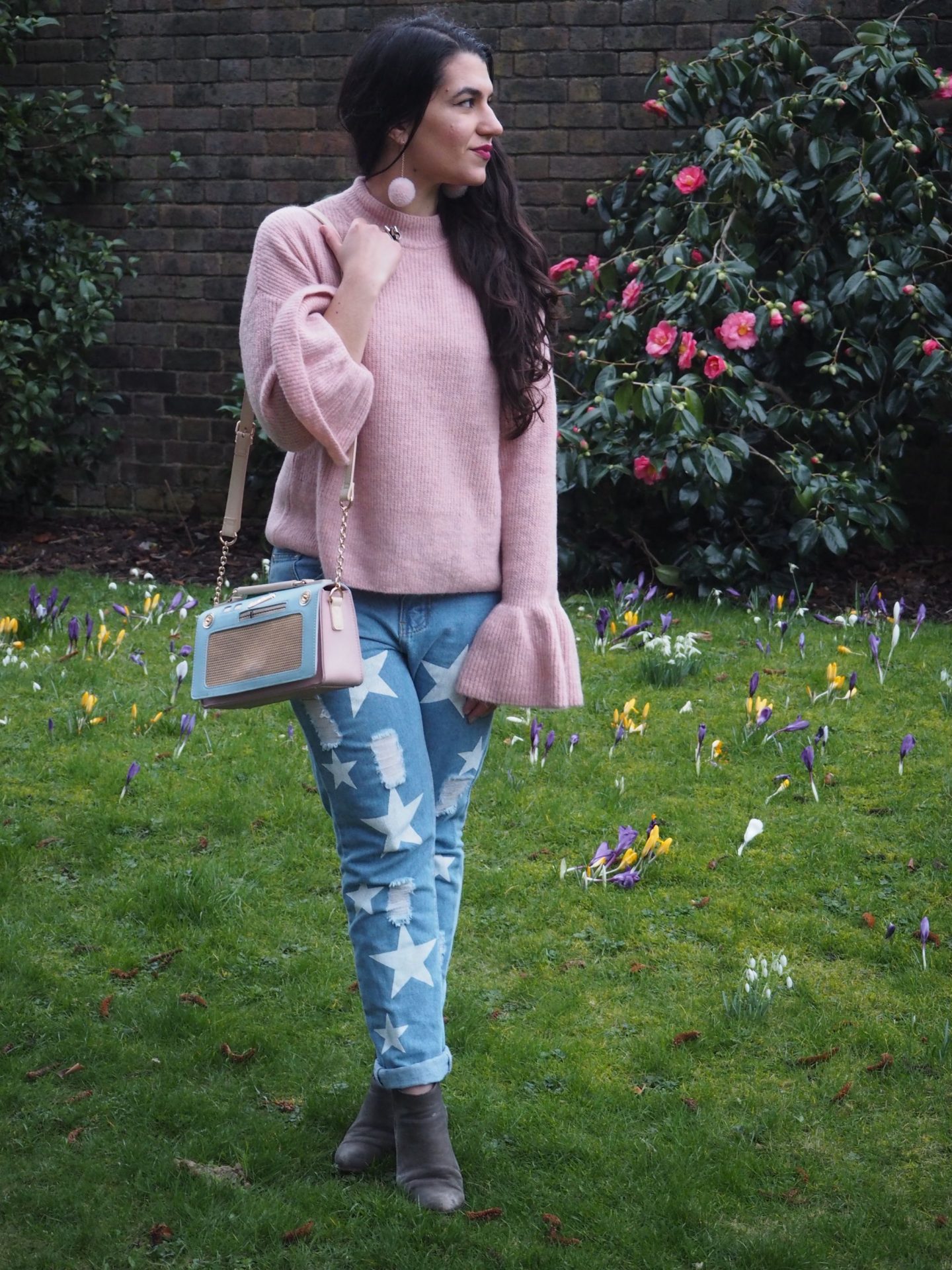 The first time I saw it was on a blogger of course – the adorable Sophie Milner from Fashion Slave – and it became one of those HAVE to have it cliches. And that’s when the nightmare began. I was checking M&S’s website almost every day, waiting desperately for it to come back in stock. I checked where in London the size S was supposedly in stock, and even phoned one of those stores. But unfortunately those ‘check in store’ options aren’t very reliable, and I couldn’t seem to find an S. For a few weeks, it became an obsession.

One thing that I found really found surprising was all the reviews on M&S’s website – I think all of the reviewers mentioned they had seen this jumper on a blogger!

I briefly considered getting the grey version of it but knew it would never complete me in the way the pink one would – I eventually gave up, as I assumed it was forever long gone. 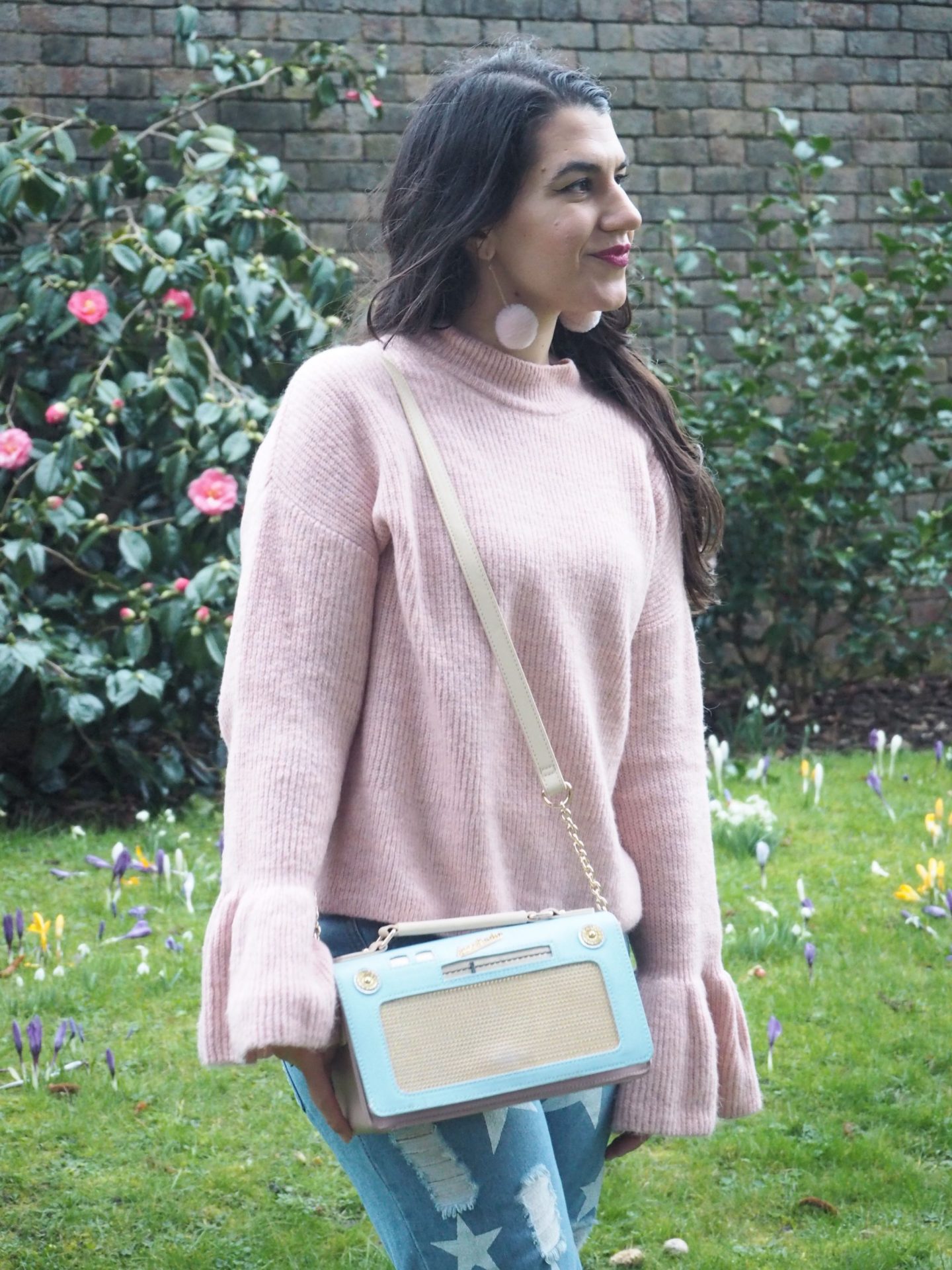 But guess what, I accidentally found one in the Marks & Spencer store in Westfield! There wasn’t an S, but the M did the job and came home with me, giving me the happy ending I had hoped for.

Ever since it’s become one of my favourite jumpers – I would have preferred an S but I straight away got used to the supersize feel of it and luckily don’t feel swamped in it. It’s also made me realise that I now really need to stop buying pink jumpers, I’ve got way too many of them and even though I really do feel like I can’t have enough of them, my wardrobe and floordrobe would disagree. 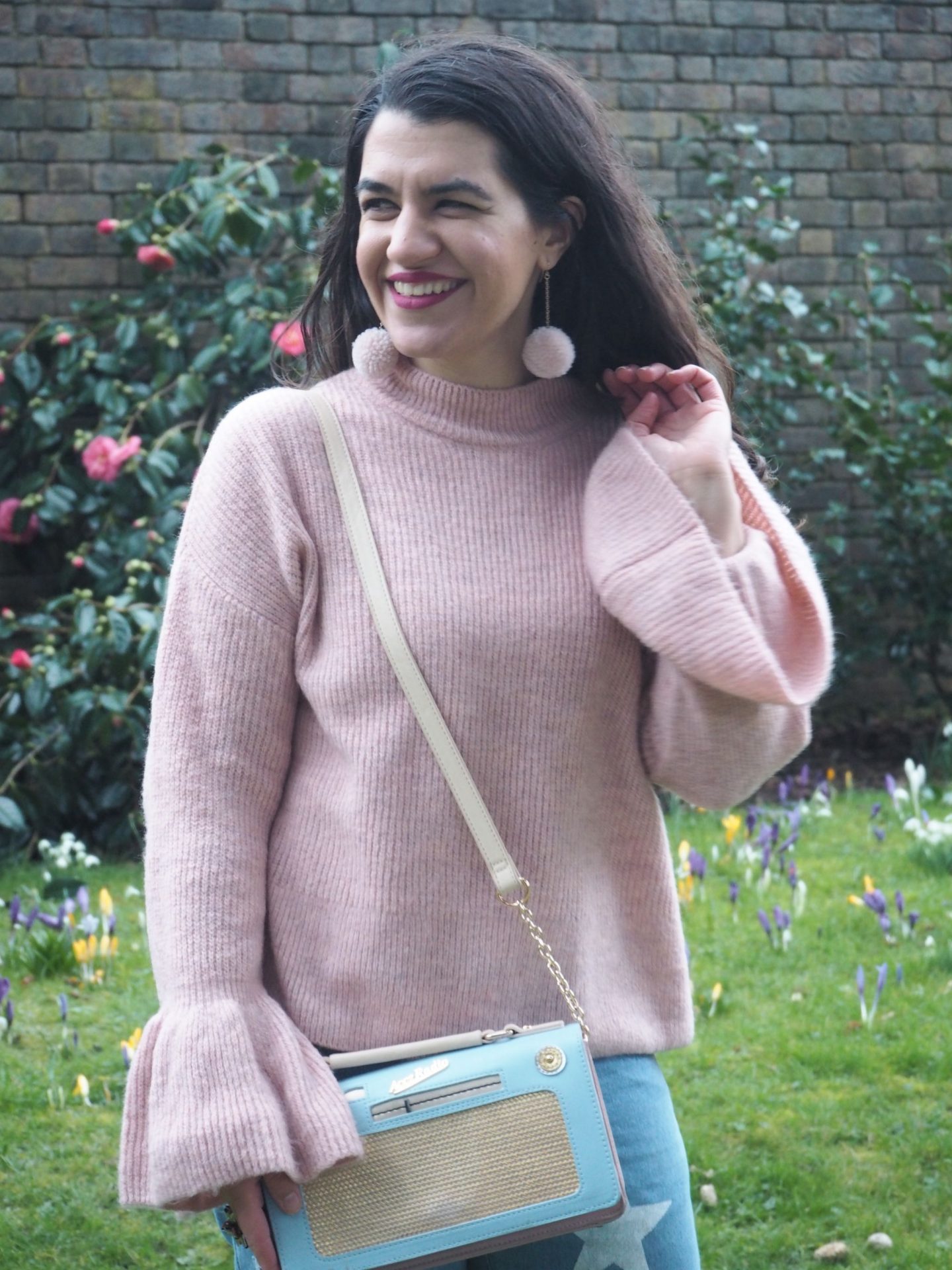 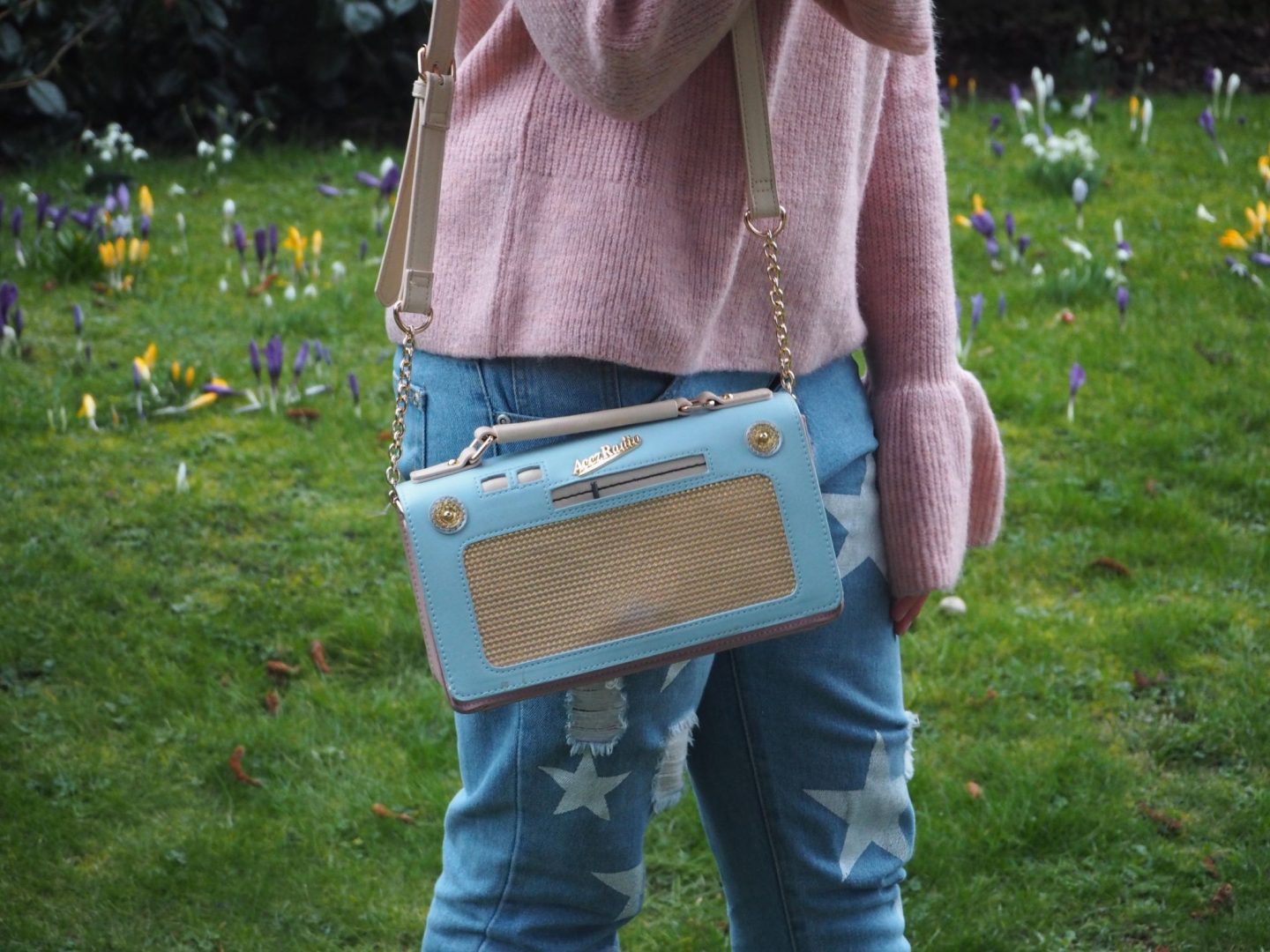 Blush pink has been one of the main colours in my life lately. Well, that’s nothing new, but denim, which I really only warmed to again last year, has been proving to be the perfect match for it. So to keep in with the pink and blue theme, I wore my Accessorize radio bag, which I feel like I’ve had for so long and yet haven’t managed to get on the blog. It’s a pastel dream come true, and I love how quirky yet chic it is. Now that we’re close to summer, I’ll make a point of wearing it more. 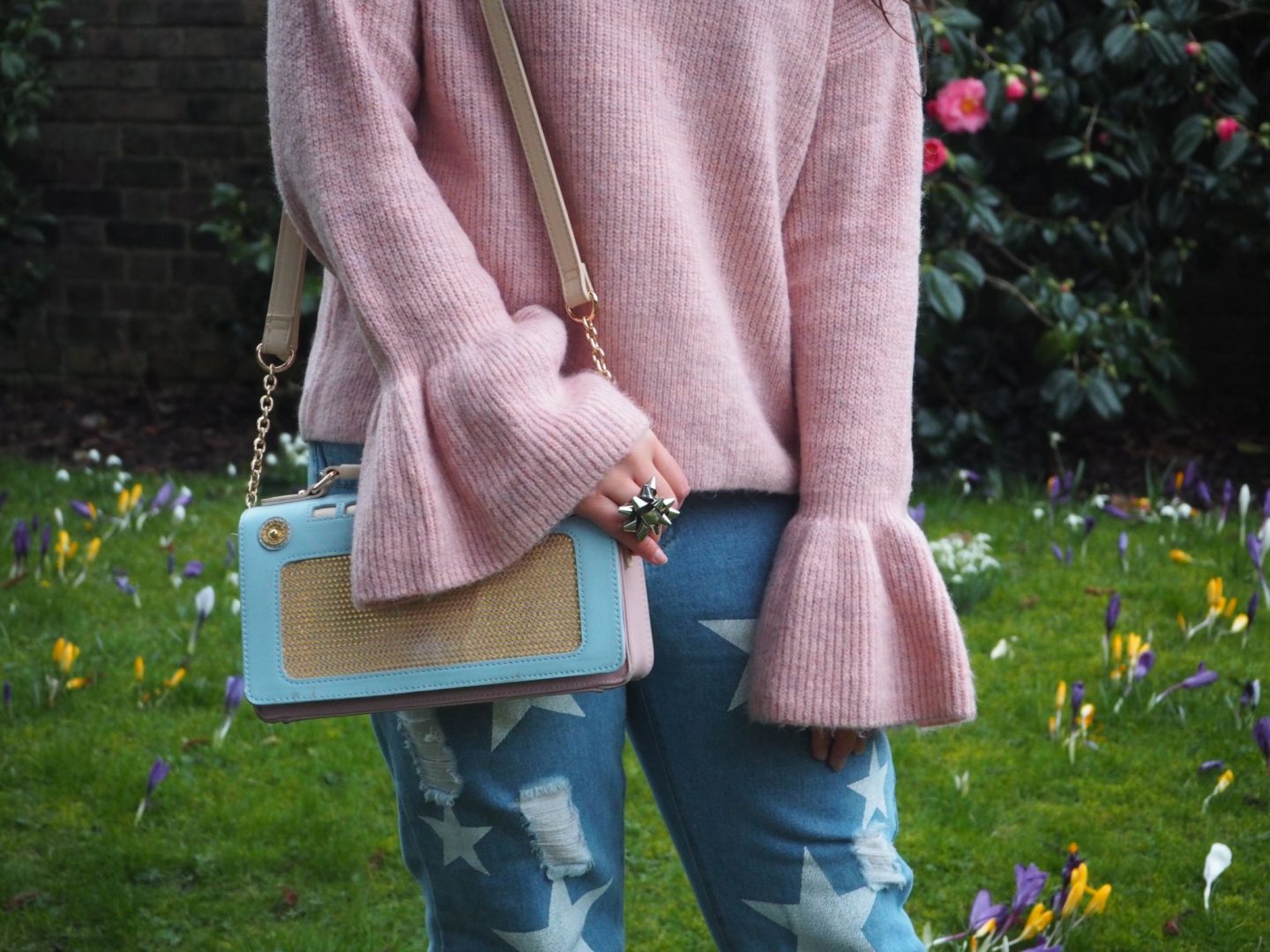 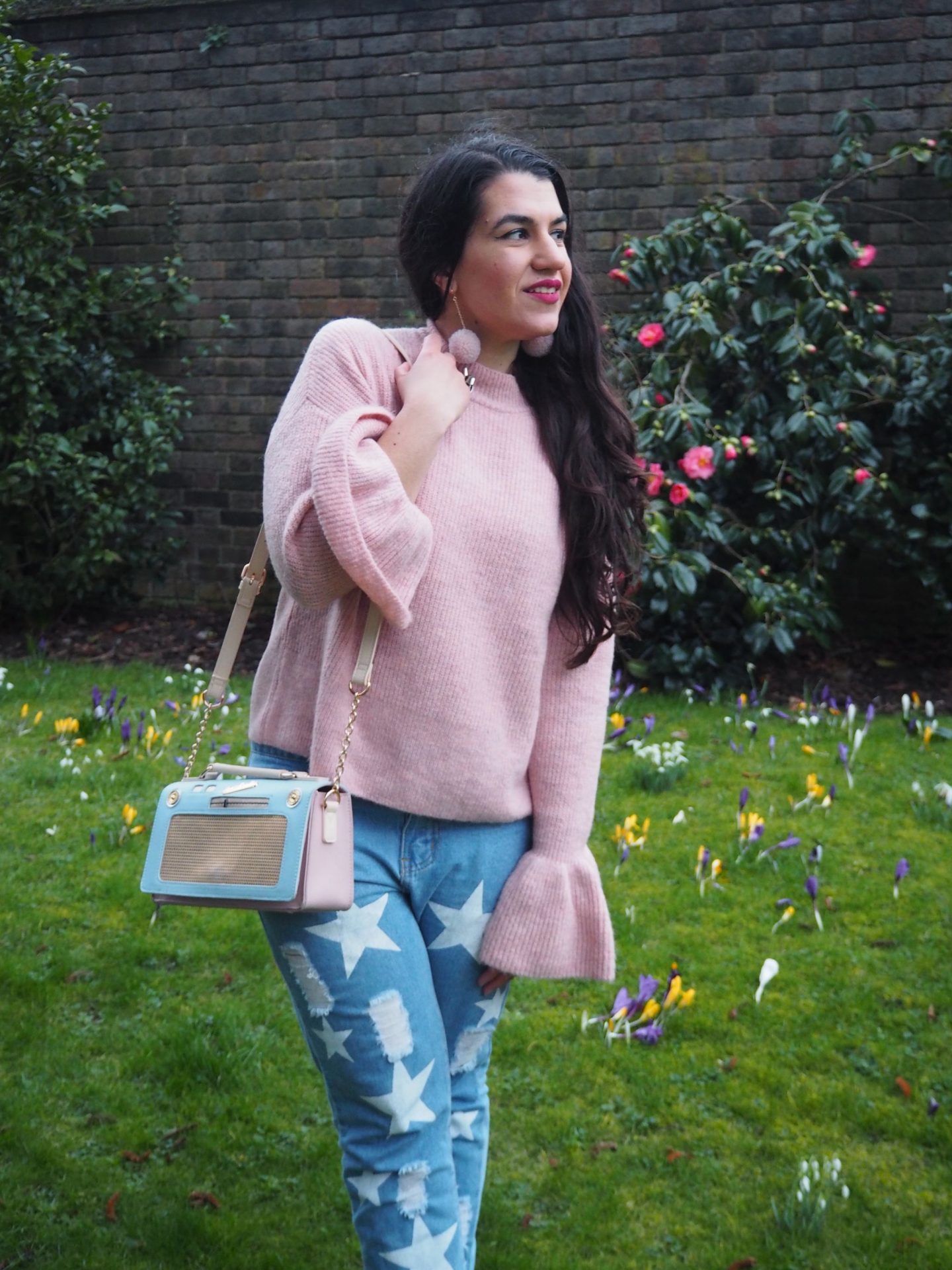 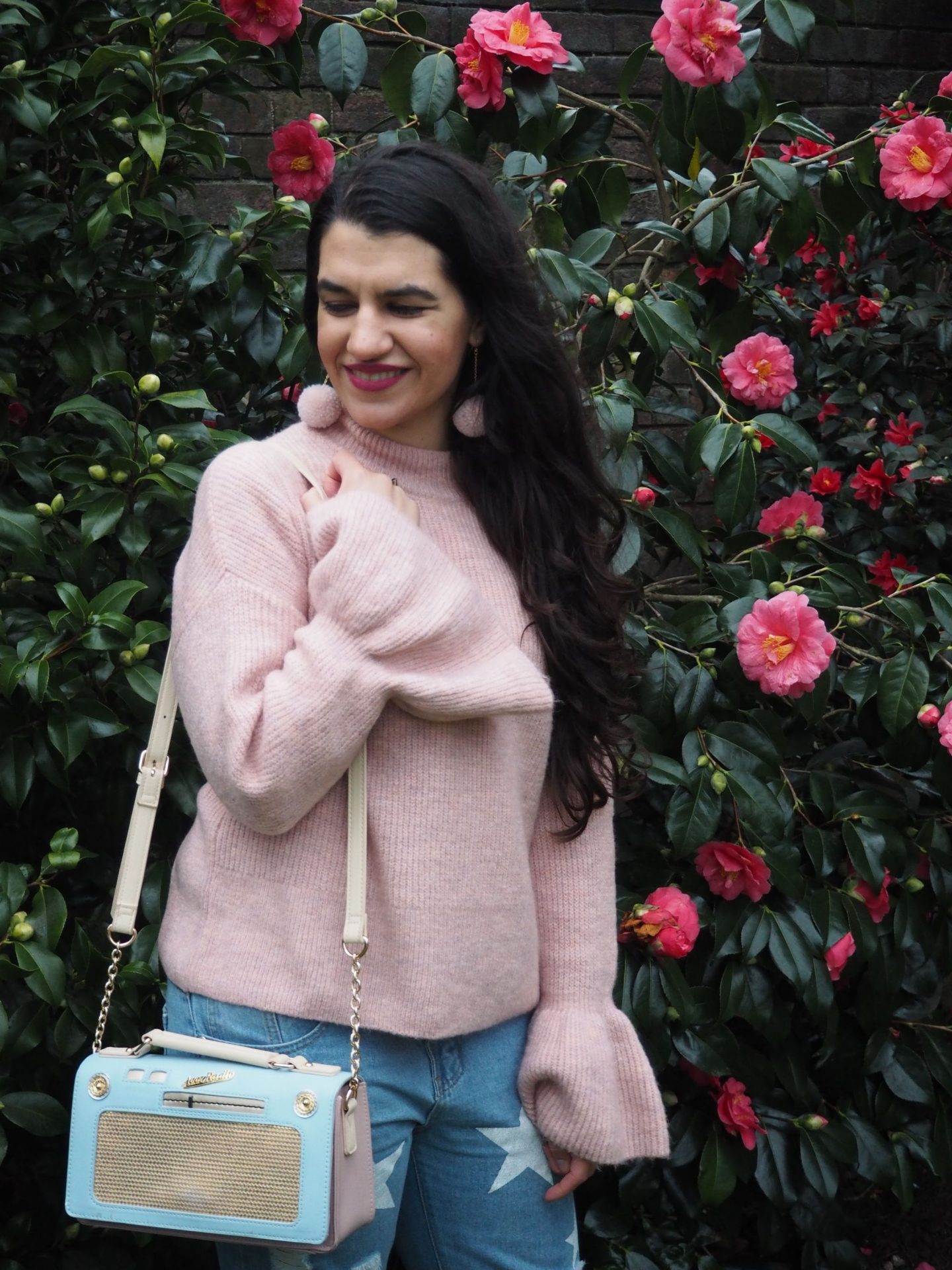 And because a radio bag and an oversize jumper with enormous fluted sleeves isn’t eye-catching enough, I decided to throw a pair of pom pom earrings into the mix too. 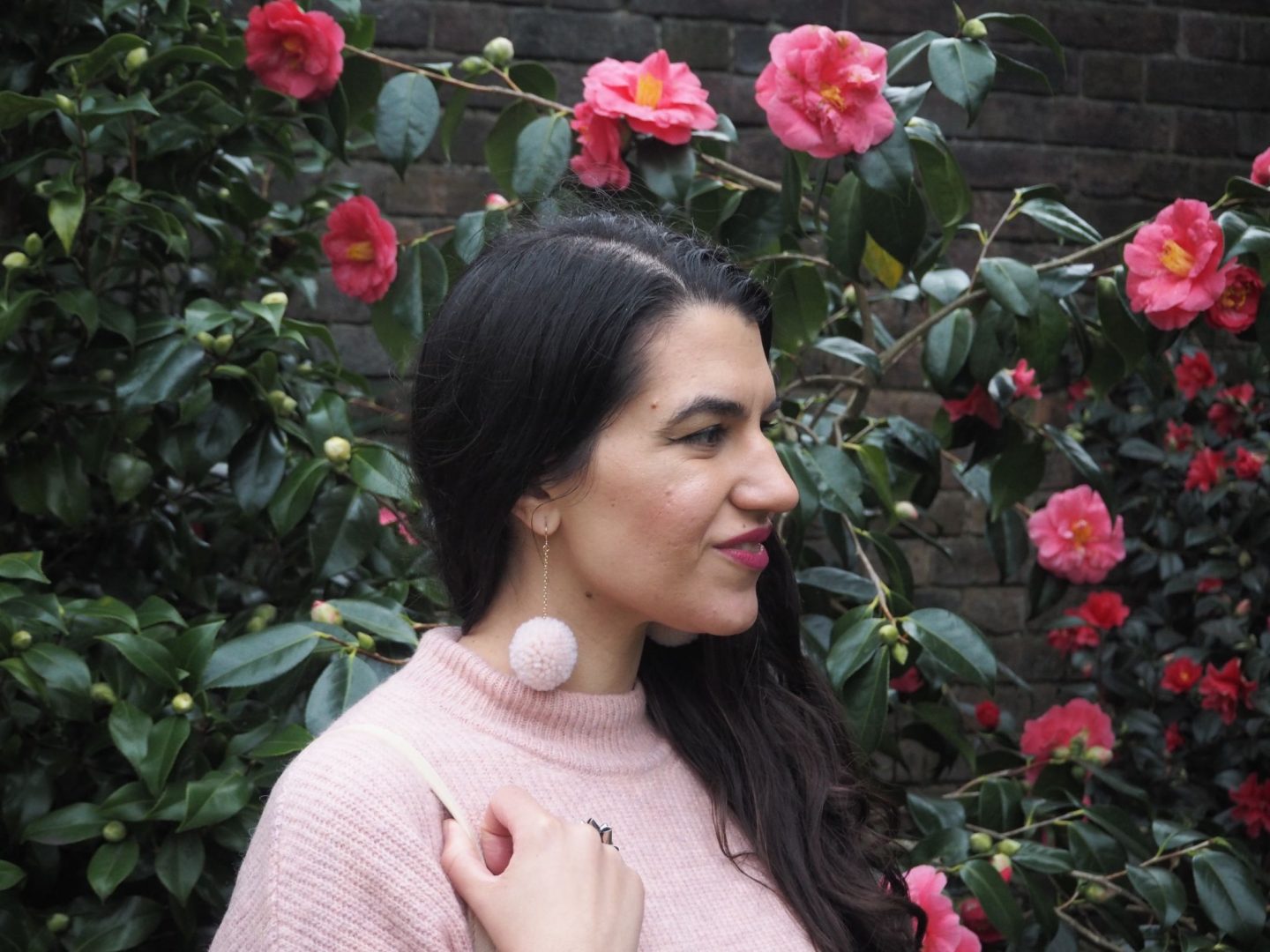 I blame Instagram for making me want pom pom earrings, I just love their eccentricity and boldness. I found this pair in Forever 21, and I love how the shade matches this jumper perfectly. But getting a pair of pom pom earrings was a bold move even for me, as they are so out there. Ideally I would love to wear them with my hair up in a bun or high ponytail, but I’m not ready for a statement look like that yet – my hair is my safety blanket! 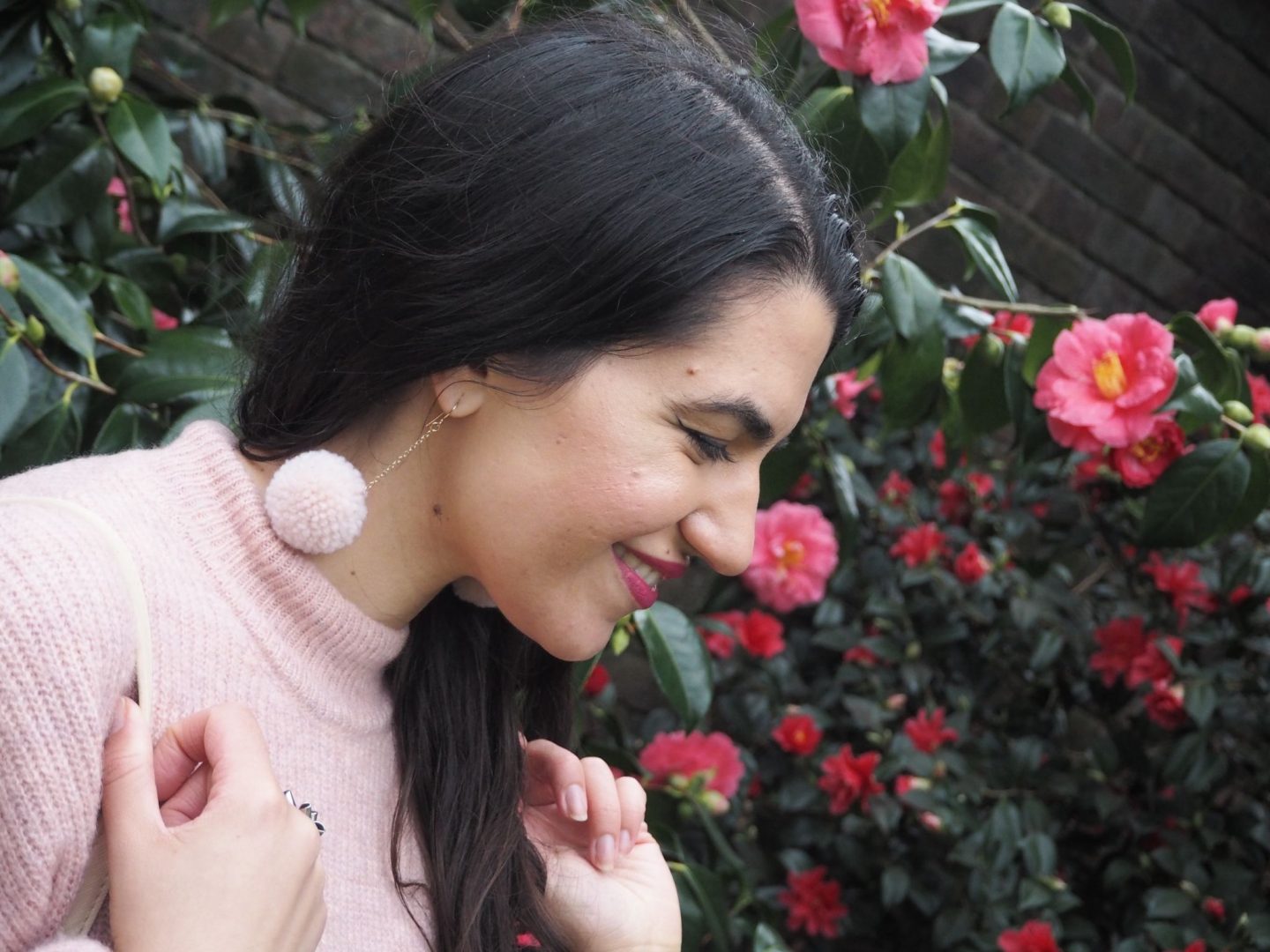 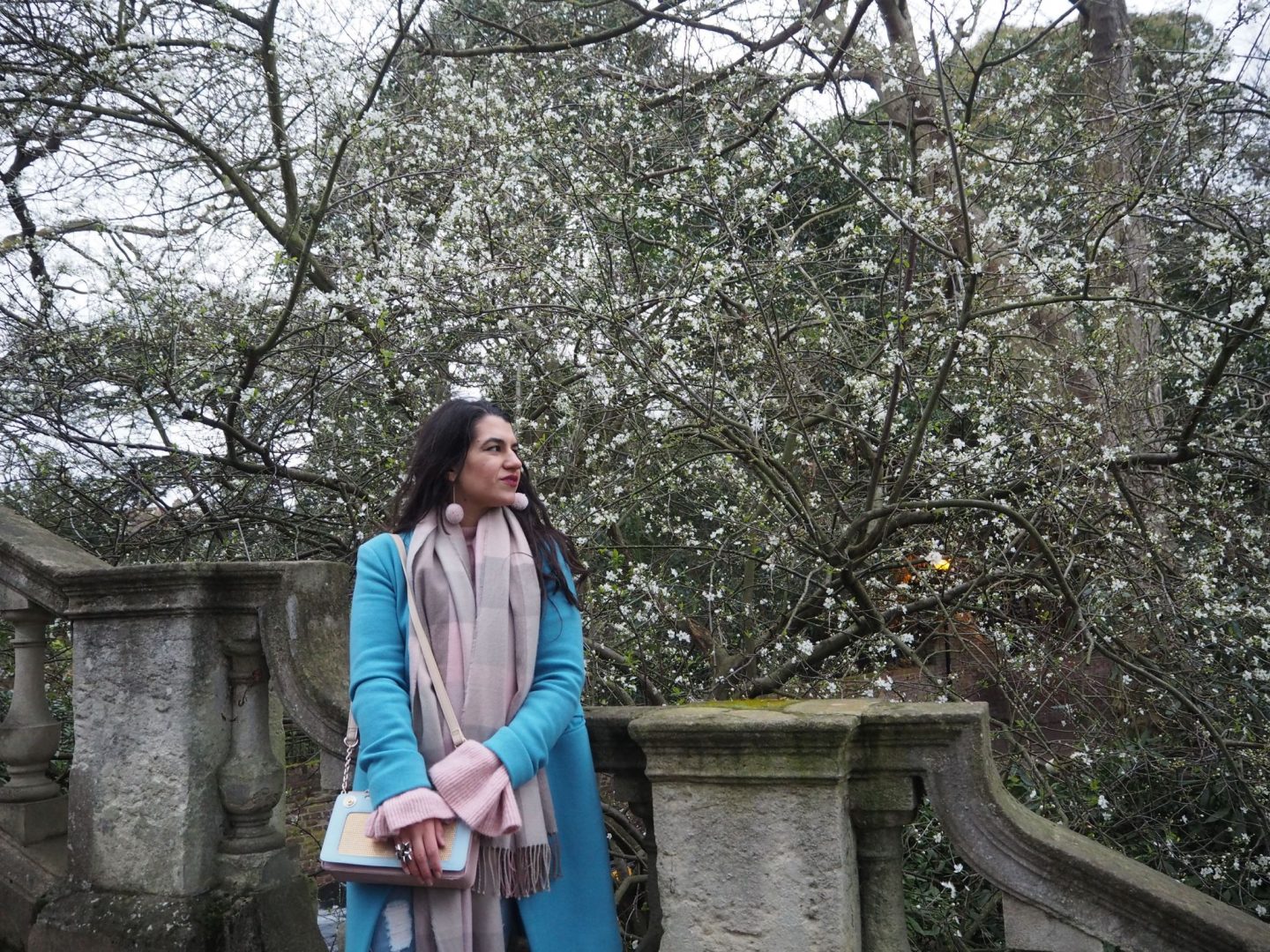 I teamed this look with my French Connection coat and new scarf from Appletree Boutique for a day out in Richmond and Twickenham – I apologise for the lack of quality in some of the pics, it was a very grey day and my camera acted out! But we still managed to capture some of the beauty in this area. 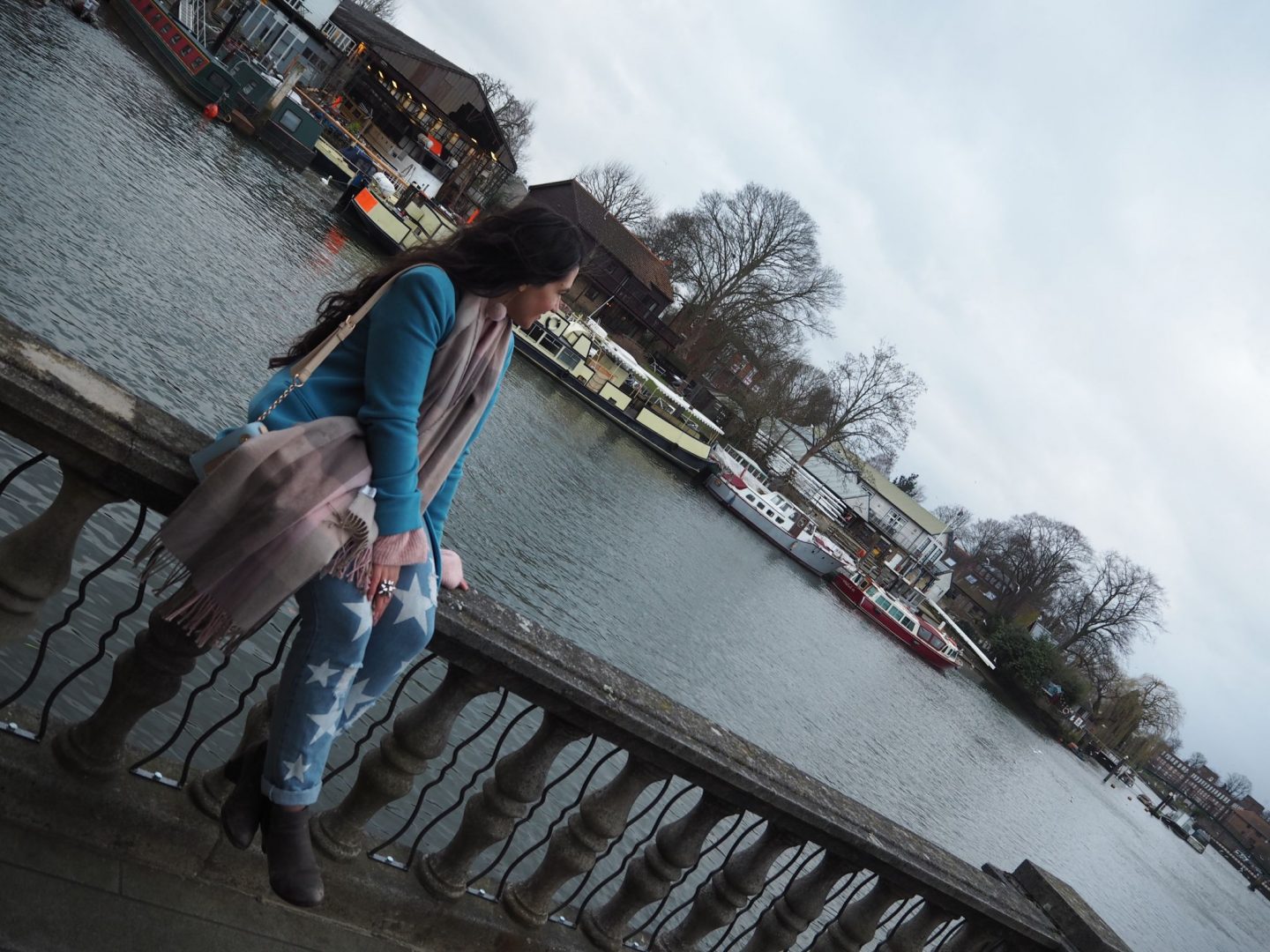 Another note on this look – I don’t know why but I’m not a fan of boots with jeans. However, staying warm on that chilly day was a priority and I kind of like how my Boohoo star jeans and NW3 ankle boots looked together. Having said that, I’m so glad it’s no longer cold enough to have to try this combo again!