I’ve always admired the city of London for being so fashion-forward – I pretty much owe my style to it and honestly consider it to be one of the most stylish cities in the world. But lately I’ve realised something: way too much black is worn in London during winter. Why? 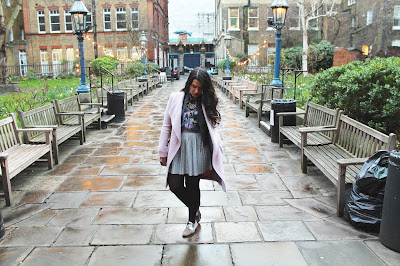 I have only one black coat in my wardrobe, this Zara one, which I haven’t worn in a very long time. I will probably hold on to it because it’s classy and timeless and bla, bla, bla. But for me, there’s nothing better than a colourful coat. 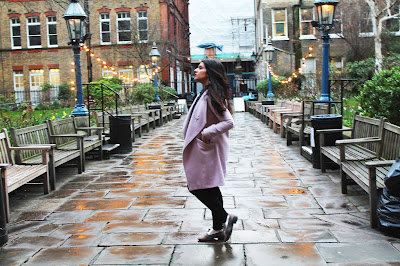 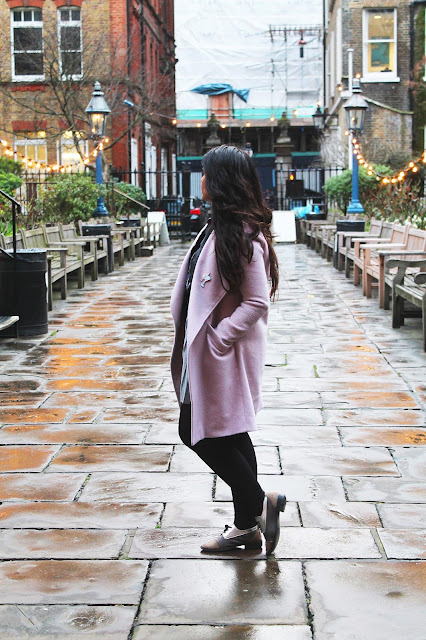 I completely understand that people may not find bright blue, coral or red coats practical – but why not go for muted and pastel shades? It makes an outfit so much more interesting than the same old shade that is black. Sure, it’s easy to match and elegant – but pastel and light shades really aren’t that hard to match, are they?

I’d actually been crushing on this draped coat by Next since the end of 2014, when I first tried it on in one of the brand’s Oxford street stores. I already had a light pink coat at the time and this one was relatively pricey, so it was a no-no. I don’t even remember how or why but somehow I came across it on ebay about five months ago – it was heavily reduced so I couldn’t resist. So yes, I finally bought this coat about 12 months after seeing it for the first time. I guess it was meant to be? 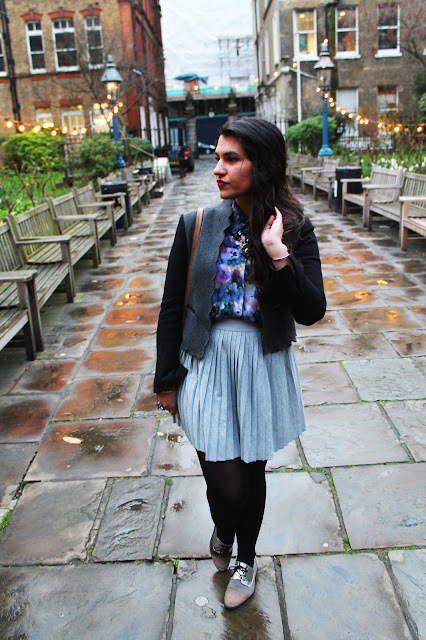 I wore it over this outfit – which is winter-friendly/inspired, but at least not super dark and overbearingly black. 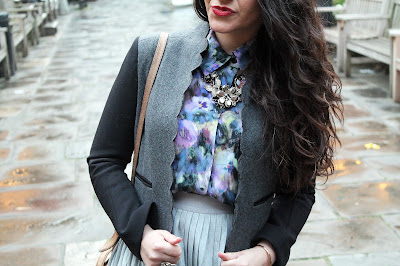 This little scalloped jacket is a super oldie from H&M, I can’t believe it’s not been on the blog before! Shamefully I have barely worn it but I don’t think I could part with it, I still love the scalloped hems and see it as a pretty original piece. 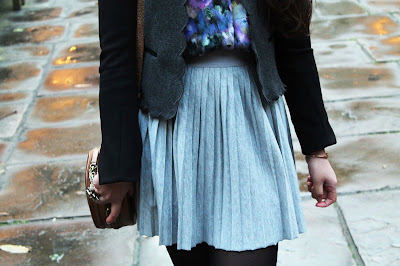 I bought this skirt a few weeks ago and it has honestly become one of my absolute essentials – it’s proved to be so damn easy to pair with practically anything and I could easily wear it every day. At first I was a little worried it was too girlish and that I can no longer (sob) pull off these kinds of pieces, but to hell with that – I’ve still got it!

It annoyingly went on sale just days after I bought it – there are still a few sizes available here. 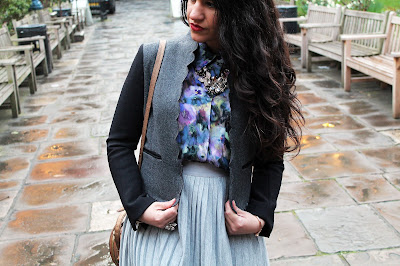 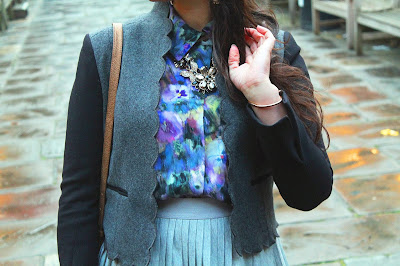 As for the blouse, I have to say it’s ridiculously perfect for winter, isn’t it? It’s got a beautiful array of colours that are not in your face but that still add some effortless spark to one’s look – the perfect way to not wear black! My friend got it for me as a Birthday present last October but there might be a few sizes left here. 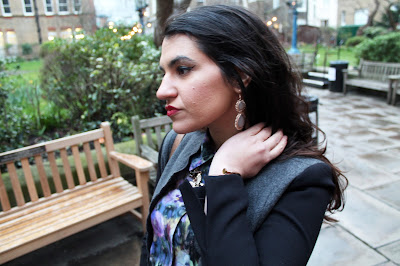 Finally, the earrings, bought at the end of January in Stansted airport, no less – jazzy, not really on-trend but very much the kind of earrings that I would always go for. I used to love drop earrings and girlie jewellery that’s quite big yet elegant, and these earrings were kind of a return to my previous style roots. 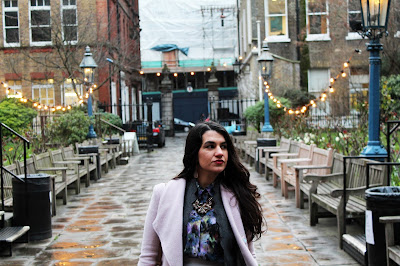 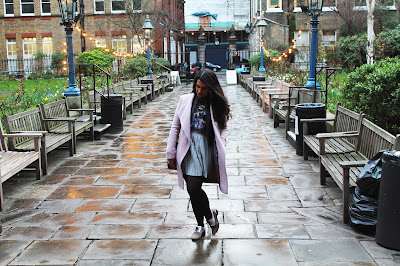 It was pretty cold that afternoon but I survived thanks to the unusual amount of layers I had on. 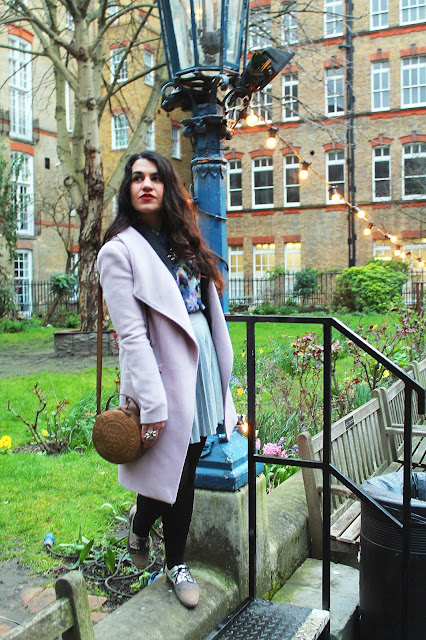 I know I know, winter is supposedly gone (thank God!) but these pictures were taken just over two weeks ago, when it was still the toughest season. I discovered a little courtyard in Covent Garden that I had shockingly never been to before, St. Paul’s. It was such a pretty and peaceful place, surprisingly located in the hustle and bustle of Covent Garden.

Is it fair to say that this is the most wintery outfit you will see on me for now? I truly believe that colour, be it bright, light or muted, is a must for winter and the first months weeks of spring – it has an instant uplifting effect, can look just as elegant and be just as versatile as black and perhaps even make us forget about the greyness of it all. So peeps, let’s keep winter & early, crappy spring in London (and anywhere, really) light.