Buses and popcorn… do they match? In my books, they most certainly do… 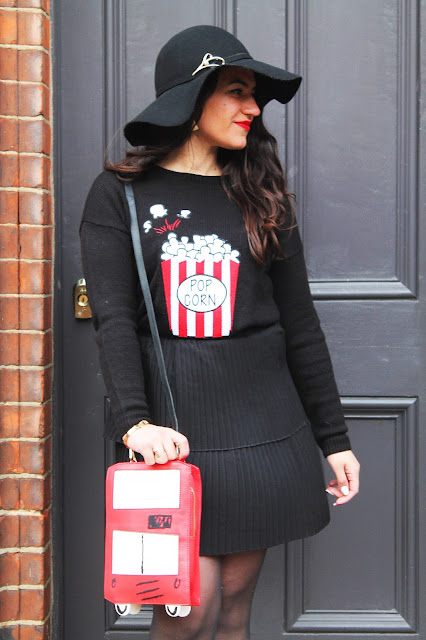 You know I could never do just black, that’s just not me. So yes, this is a pretty black outfit, but at least there’s a bit of red and white thrown into the mix – and I think that makes all the difference! 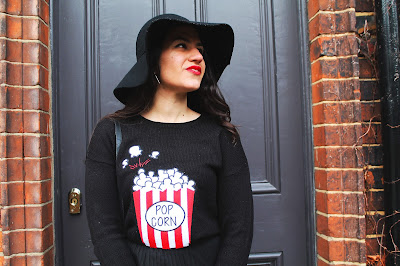 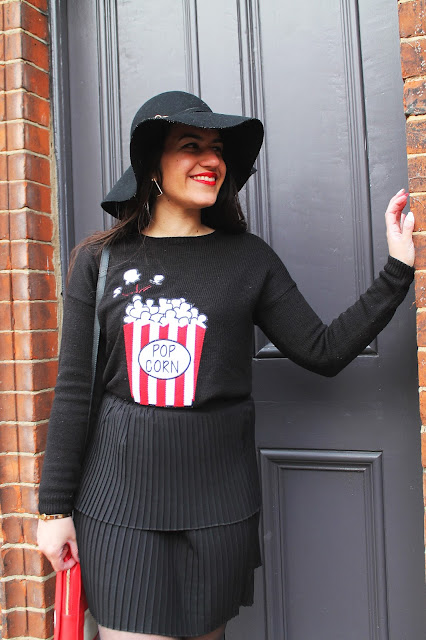 This jumper was an online impulse buy – but I don’t regret it for a second, it’s just so adorable! I never shop at George at Asda – and I have to state, it’s not at all out of snobbery, I just don’t have an Asda near me and I never really think about checking their online shop. But when I spotted this jumper on a blogger’s post in January, I fell in love instantly – and didn’t need to feel too guilty as it was down to £8.

Now, the question is: should I match it with my popcorn bag? 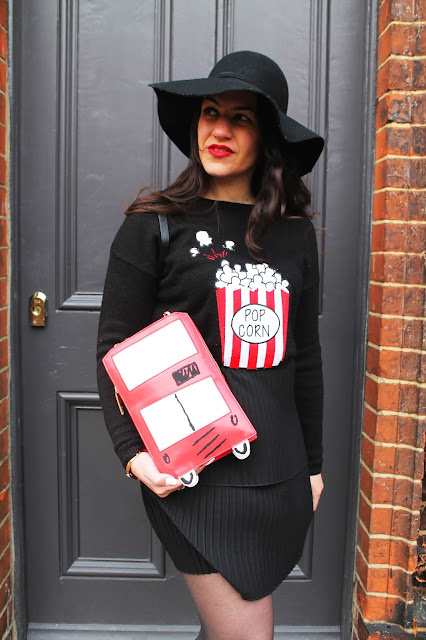 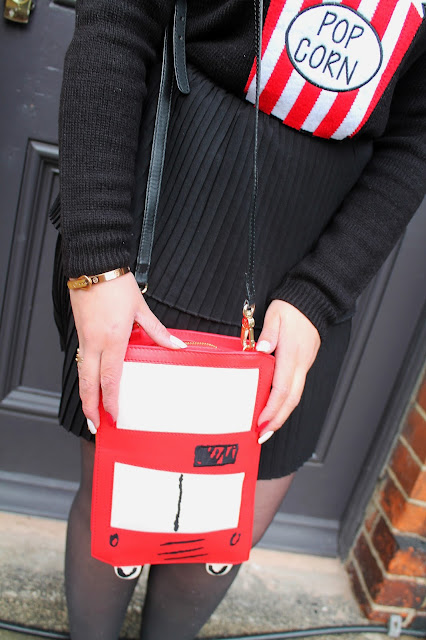 A bus bag. Why not. Boden promoted this bag like no other – I spotted it on bloggers Carrie and Ms. Fashion For Lunch and yes, I felt a little jelly. So cute, but SO expensive. I really couldn’t justify spending almost £100 a bag that’s the shape of a bus.

But in January something amazing happened – it went down half price! Still very expensive, but I can ever so slightly begin to justify it. It’s leather. It has a cotton lining – not that I’ve ever had existential crisis about the lining in bags, but hey, that sounds nice. It’s red – I have lots of red in my wardrobe. It’s adorable. So yes – into an online basket it went. And now that I have it I know I did the right thing – it’s actually a super practical size and carries loads… 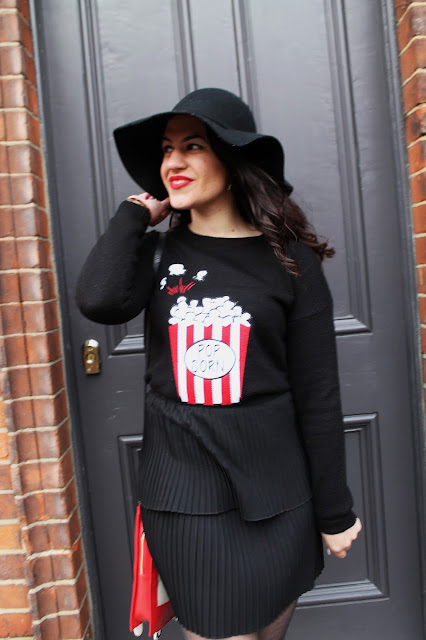 I don’t know if I’ve ever talked much about this skirt? It’s by the Spanish brand Kling and I bought it in their outlet when visiting my friend Ruth in Madrid last September. My beloved Oasis black pleated skirt suffered a fatal accident at the end of 2014 (I’m still devastated) so I tried to fill the big hole left in my heart with this skirt. I wear it a lot (on average, once a week) but I gotta be honest, it just hasn’t filled the hole – so my year-long search for the perfect black pleated skirt continues. 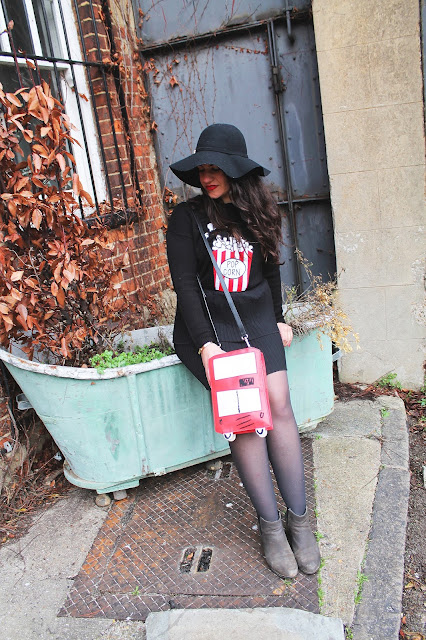 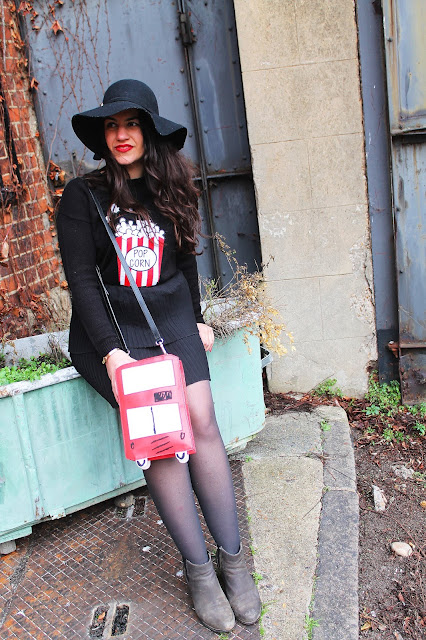 In case you’re wondering, these pictures were taken just outside of Wapping Hydraulic Power Station – which as you may have heard, hosted an Annie Leibovitz exhibition last month! I’m not going to do a separate post on it because in all honesty I wasn’t able to get great pictures – we were not allowed to use SLR cameras, it was the last weekend of it so it was horribly packed and overall it was a poorly executed exhibition. But I’ve included a few pictures taken with my phone below… 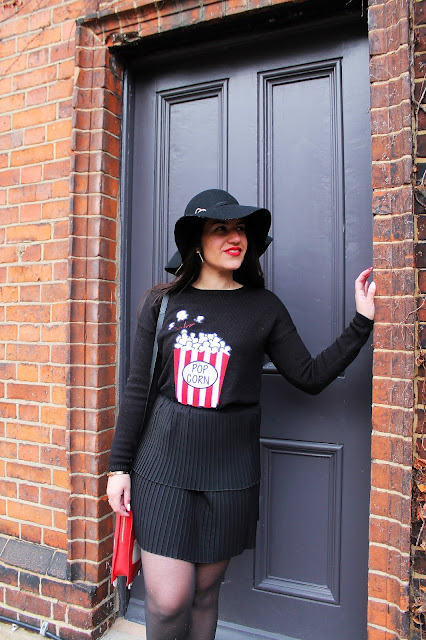 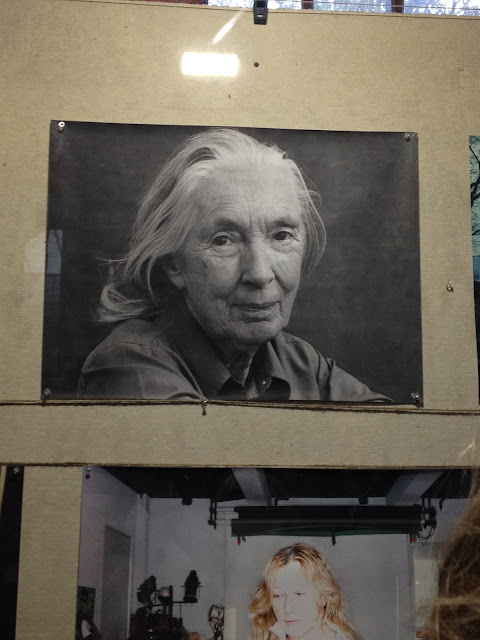 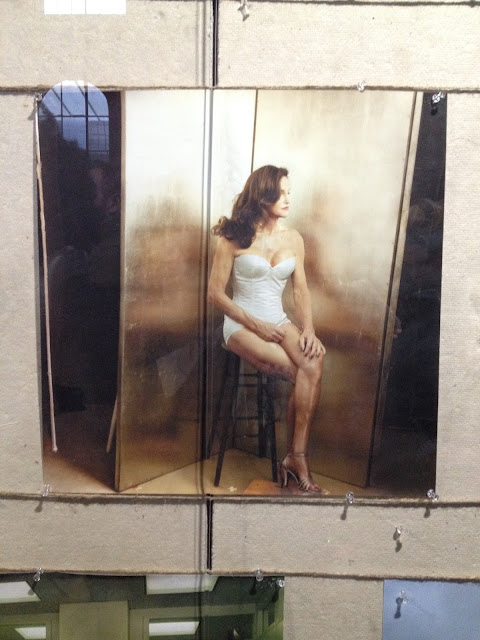 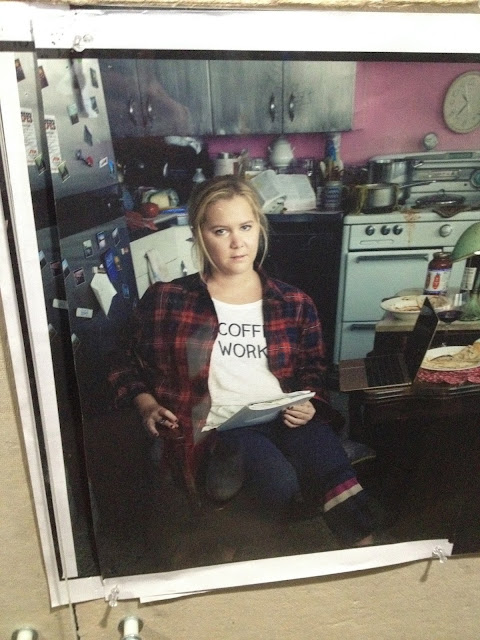 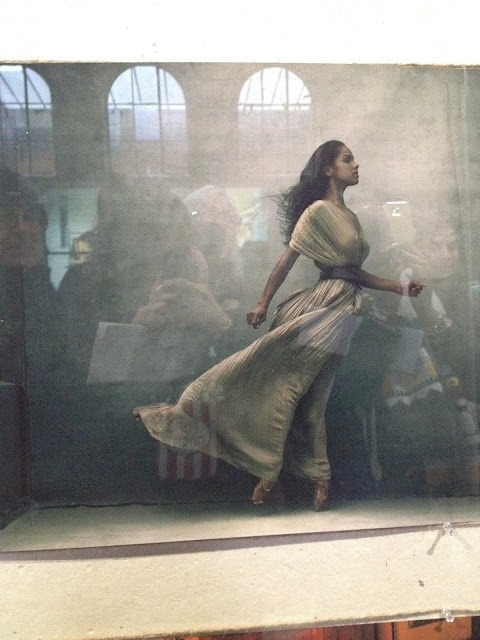 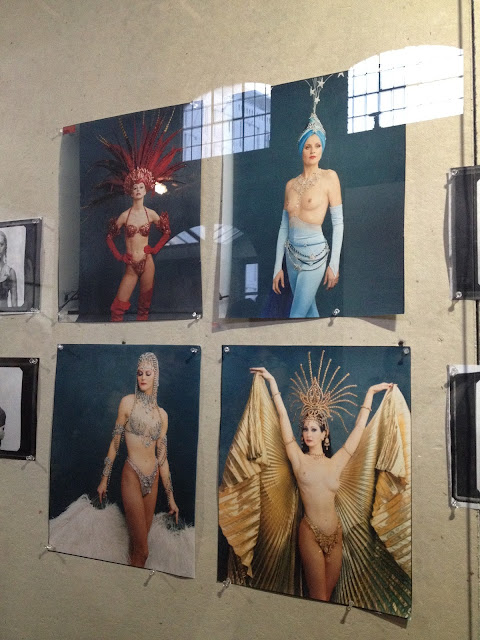 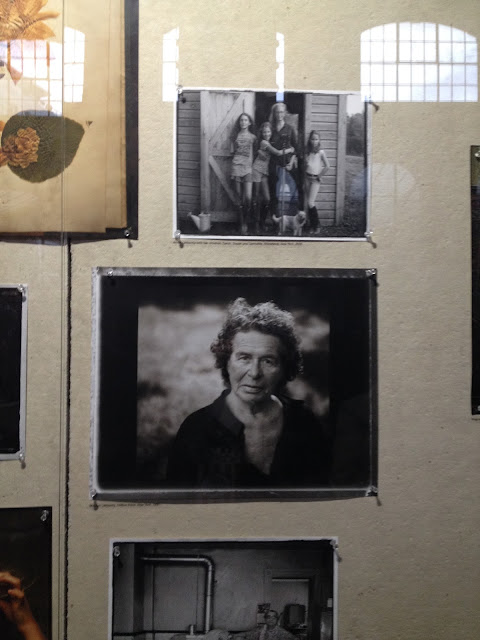 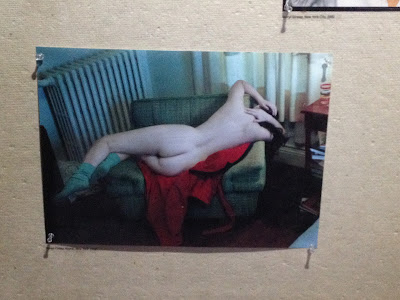 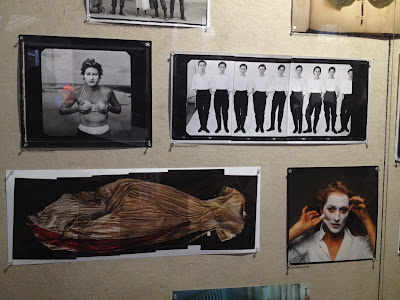 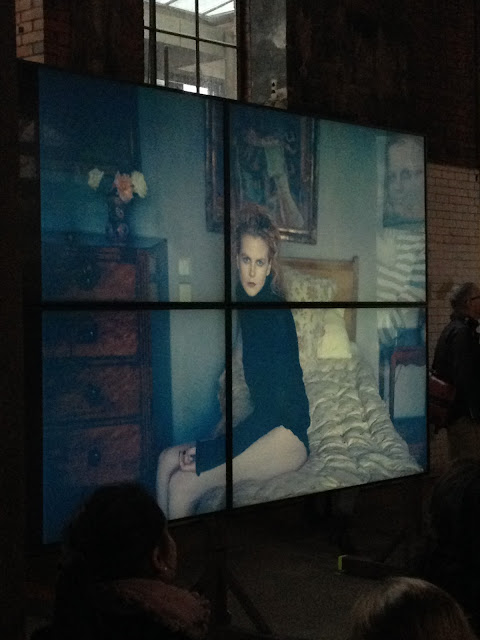 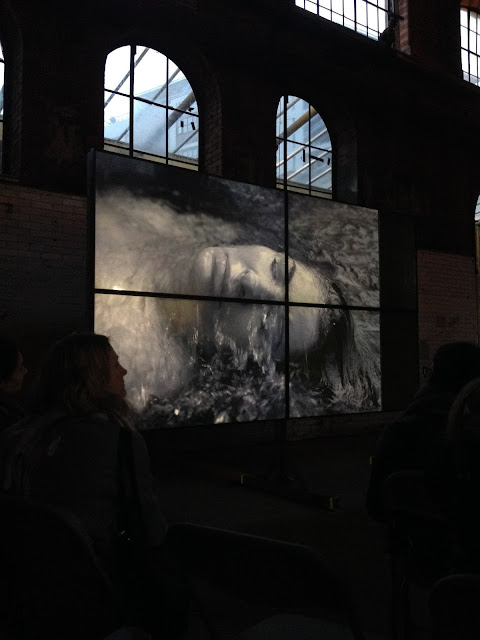 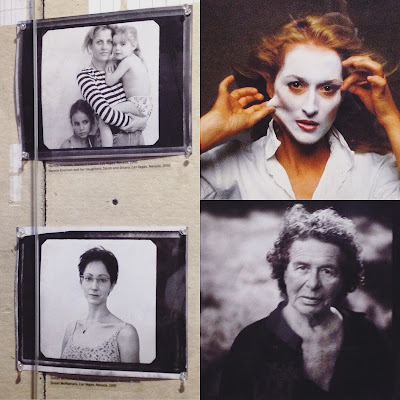 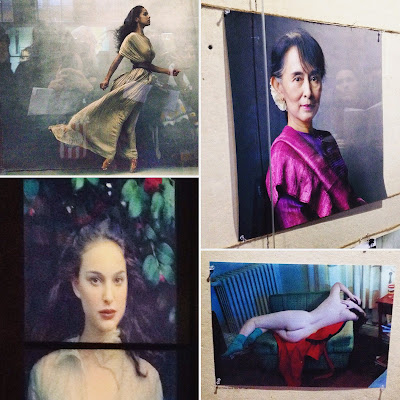 Oops – I just did a 2-in-1 post – please excuse the picture bombing! I used to be obsessed with Annie Leibovitz in my teens, but lost interest in her a few years ago after seeing all the crazy amount of altering that went into her work (such as Lena Dunham’s editorial for Vogue in 2014). However, seeing all these pictures made me rekindle my love for her work – it was nice to see so much imagery that I essentially grew up with all grouped together. A lot of her work may be altered – and that’s probably the fashion media’s fault for demanding ridiculous standards of perfection – but God, there is so much talent there.

Photographs taken by Merissa and I on February 6th, 2016 at The Wapping Hydraulic Power Station, London.