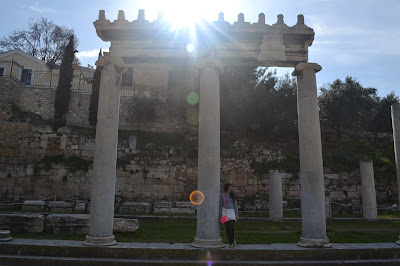 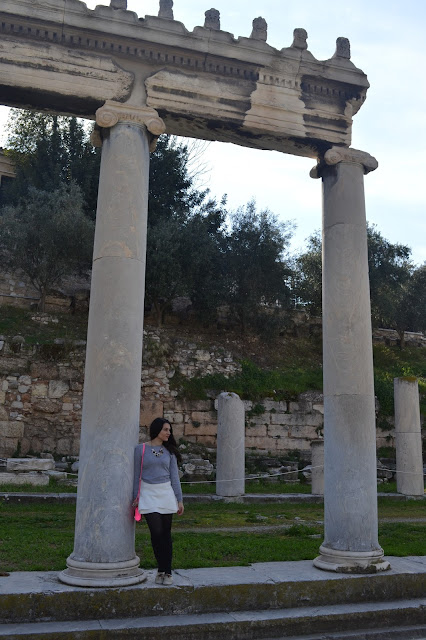 Aren’t columns the most photogenic things ever (FYI, these are Ionic)? Especially when you know they are over a 1000 years old – my friend and I loved this part of the Acropolis (forgive me if I’m mistaken and it’s technically not part of the Acropolis), the Roman Agora of Athens and Library of Hadrian. It really is just a bunch of columns, and I can’t say why I love these ruins so much, but I do. The fact that it was extremely quiet (other tourists don’t get as excited as I do about columns, I suppose) helped too, as it was so peaceful and easy to have a little bit of self-indulgence time. 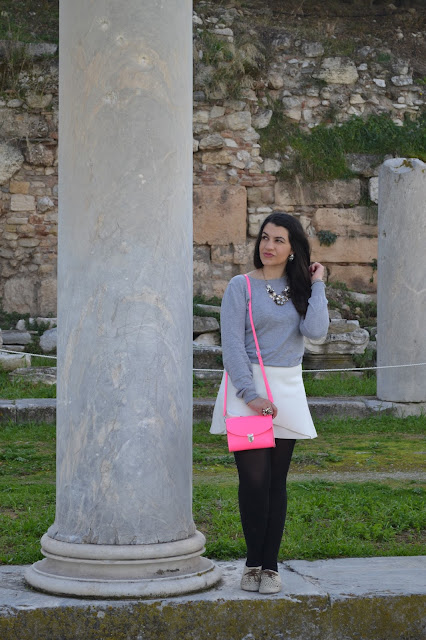 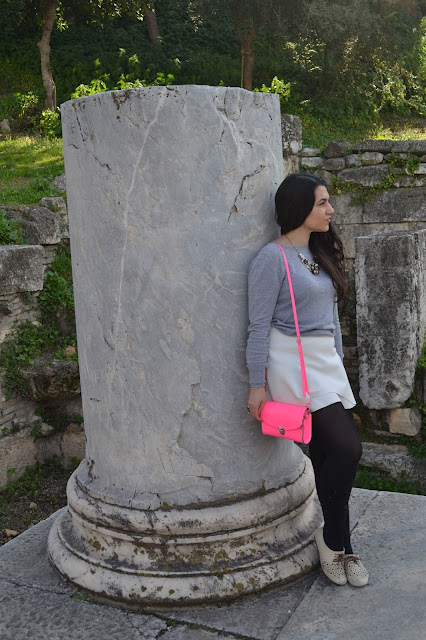 If you’ve been noticing my previous posts, you may have figured this out by now – I only took one bag and one pair of shoes with to Greece. They worked wonders, especially my pink bag – it was not only surprisingly practical but also the perfect pop of colour for the most boring of outfits – like this one! 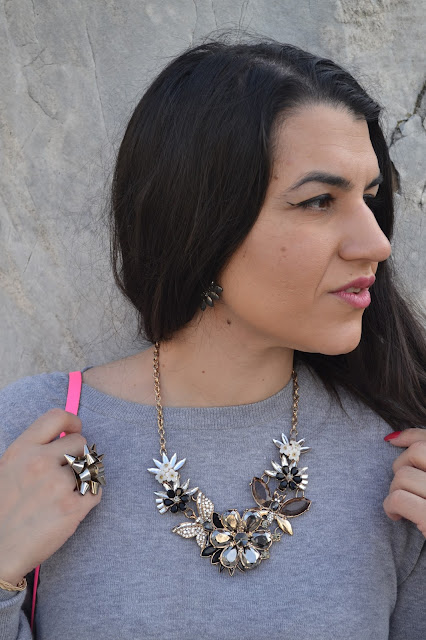 Another way to instantly liven up a sober look? Why, a big fat necklace, of course! Not that I actually find my grey jumper from French Connection boring (I think I’ve had it for at least five years!) – far from it, I love the versatility of grey knitwear and sweaters and I’m quite frankly surprised that there’s not more of it in my wardrobe. 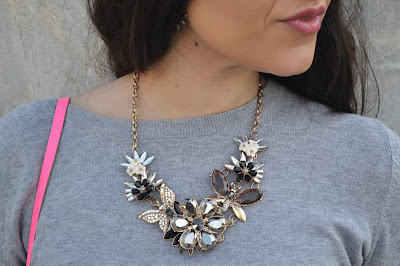 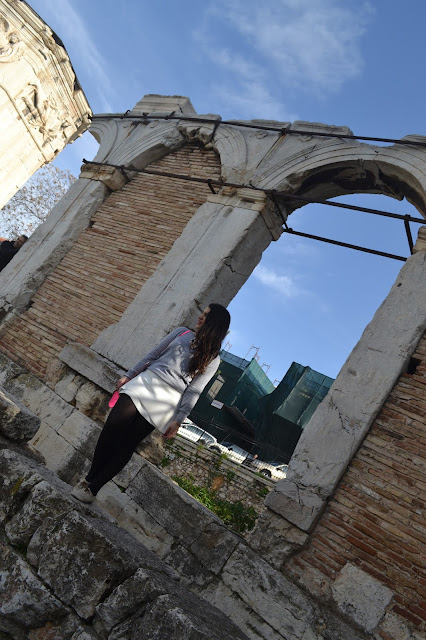 It’s fascinating how this Agora doesn’t take up a huge amount of space and yet there are so many interesting parts within it – on the top left of this picture you can catch a glimpse of the mysterious Tower of the Winds (which I photographed here). 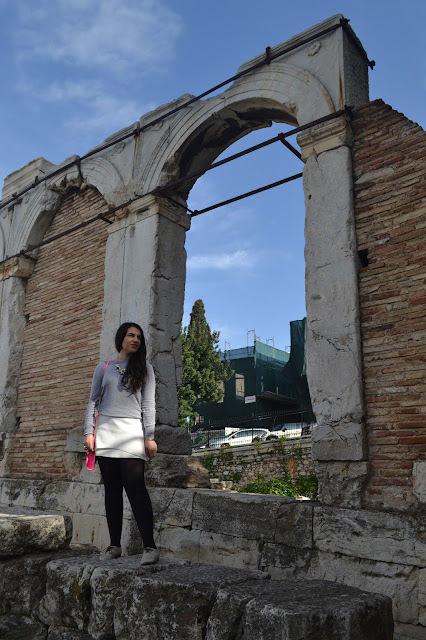 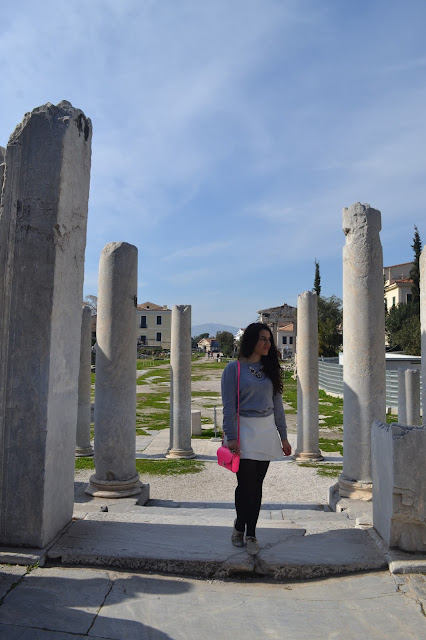 Guys, I absolutely loved this little pathway full of ruined columns (which I think is essentially the east Propylon) – it really feels like the right time to say “It takes me right back“, even though I have sadly never had the pleasure of travelling in time to see Ancient Greece. 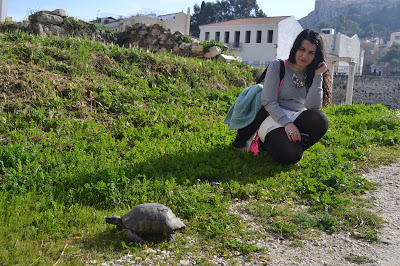 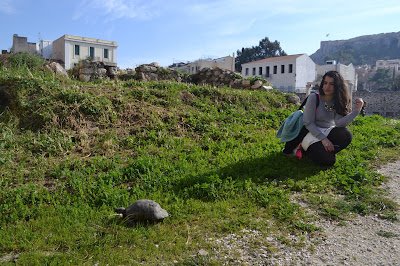 If there’s one thing I was not expecting to see at the Roman Agora, it was tortoises. Yep, this is me sort of but not really me interacting with a tortoise, who just appeared out of nowhere. I obviously left the poor thing alone but could seriously have stared at it for ages – I found it adorable and fascinating, as well as ridiculously fast. 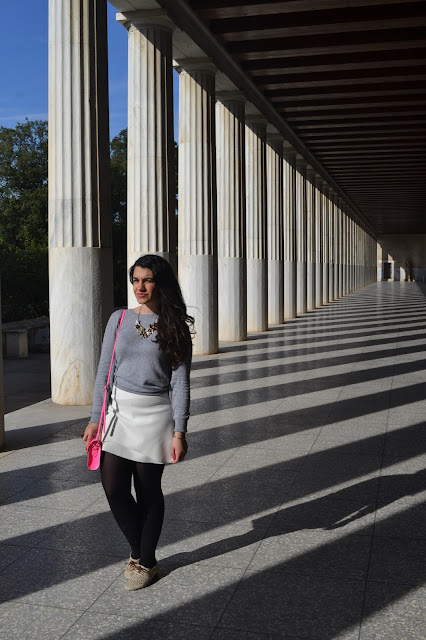 Moi at the freakin’ awesome Stoa Of Attalos – reconstructed in the 20th century, but nevertheless such a beauty of a place. 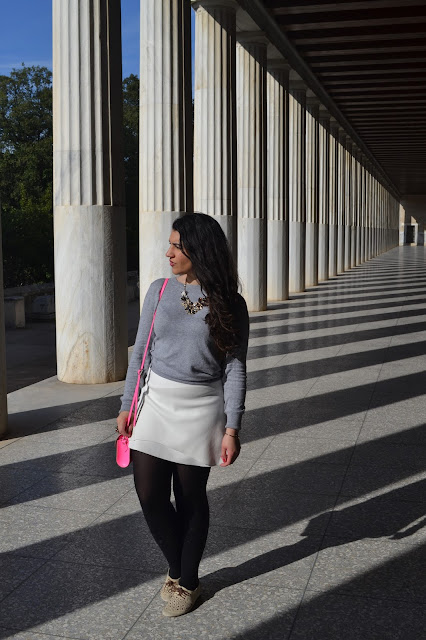 Today on this leap day I am finally saying goodbye to all my lovely memories of Greece and more or less returning to the present. What does the present involve? For starters, not much sun. I really just want to give you a weather report and complain about how it’s been sooo cold… But I have managed to keep a little bit of style going and prepared a few outfit posts. Goodbye sunny Greece, and thank for making my hello to chilly London a little easier!

Photographed at the Roman Agora of Athens and Stoa of Attalos, Athens, Greece, on January 31st, 2016.