At the end of December my boyfriend and I ventured up north and discovered the capital of Scotland. I’m ashamed to say that despite living in the United Kingdom for almost 11 years, I had never been to Scotland. Within 10 minutes I had fallen in love with Edinburgh – what a beauty of a place! I was only there for three days and in all honesty I cannot wait to go back.
I totally wish I could say that I’m now an Edinburgh connoisseur – far from it! But here’s a personal recap of what I loved about the Scottish capital. 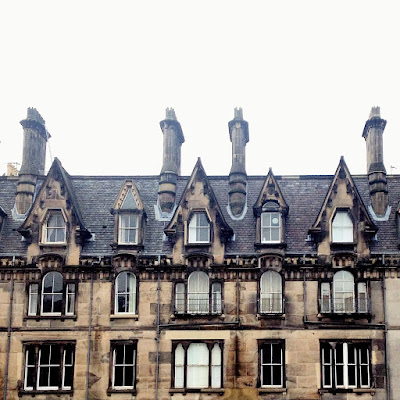 We were lucky enough to stay in a hotel that was bang in the centre and just a few minutes walk from Edinburgh’s Old Town – it may be full of cliffs but I feel like I could walk around for hours! I mean, the architecture is divine. 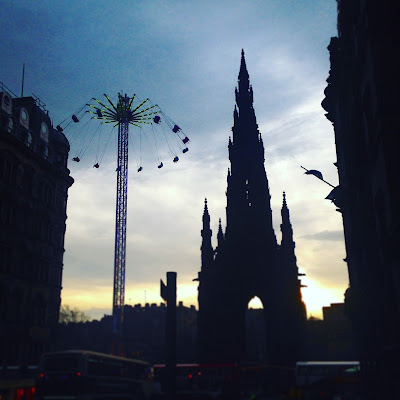 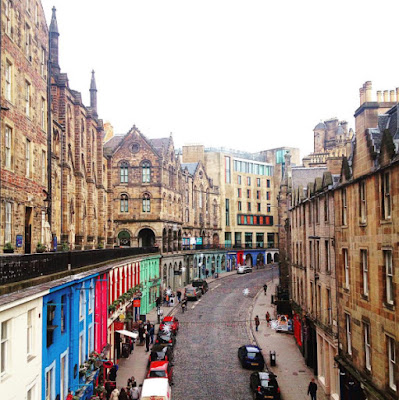 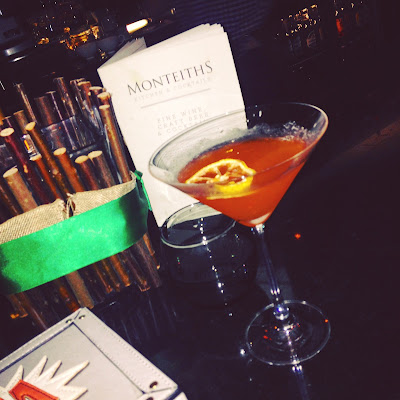 On our first night there we pretty much stumbled across a super suave and cosy restaurant and bar in the old town called Montheiths Bar. With its darkly atmospheric lights and lightly rustic yet contemporary decor, Monteiths couldn’t feel any more hip. Plus, I had one of the most delicious and perfectly prepared cocktails ever, a Ruby Martini. 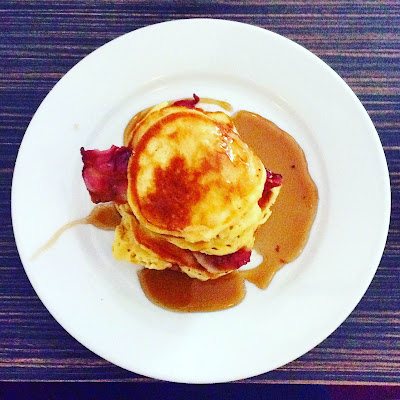 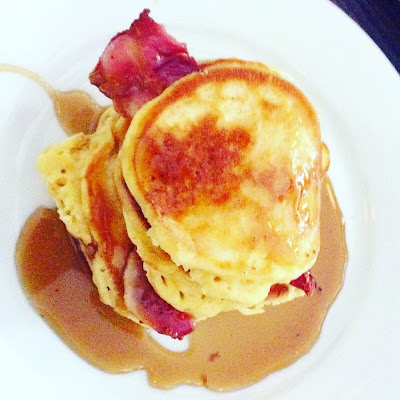 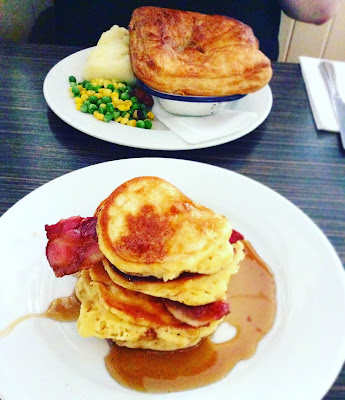 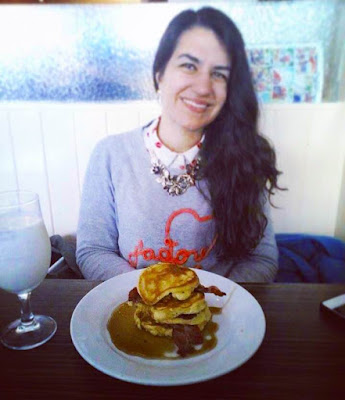 The one thing we weren’t that lucky with was food – not because we had anything that was bad, but because we just didn’t manage to come across any amazing places. Edinburgh was crazy busy and finding a table both in the afternoon and evening was close to impossible. The places we ended up eating at were fine, just nothing special and not really worth a mention (the food snob in me is speaking!). However, one place that was fab for breakfast and lunch and that I would 100% recommend was Mums, located in the Old Town. My boyfriend said that his pie was one of the best he’d ever had and my pancakes were pretty freakin’ awesome too (hence why I’ve included so many pictures and why I’m smiling like the chesire cat above). The cafe had a very relaxed and yes, a bit of a hipster vibe – it was very similar to what you would find in the east end here in London. But regardless of that, the staff were super friendly and the food was lovely, which is all that matters.

For those of you who like me have a sweet tooth and love a good cupcake, I would recommend you pay a visit to Bibi’s – you can see my lovely cookies and cream cupcake here. 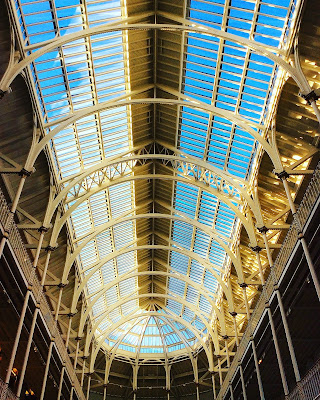 I’d almost forgot what it was like to be a ‘proper’ tourist. What do proper tourists do? Why, see as many landmarks and places of interest as possible – on our second day we went to The National Museum of Scotland, which was amazing. 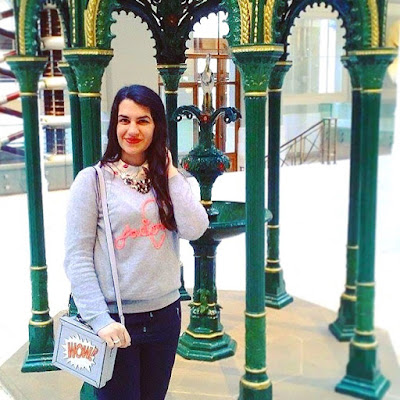 I was terrified of freezing to death in Edinburgh, but I survived! I stuck to trousers throughout the whole trip and my failsafe way of staying cosy, which is the jumper and shirt combo. 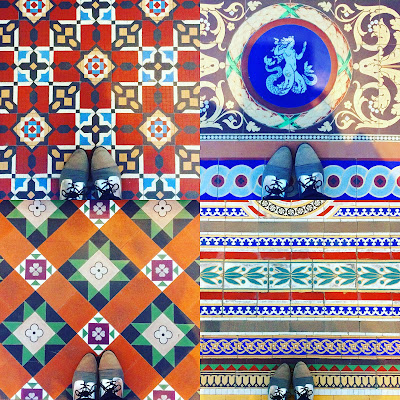 I flipped with all the amount of tile splendour at the National Museum of Scotland and had to have a multiple I have this thing with floors (and tiles) moment.

We may have just missed Christmas but there was still a very Christmassy and pretty feel in the capital. 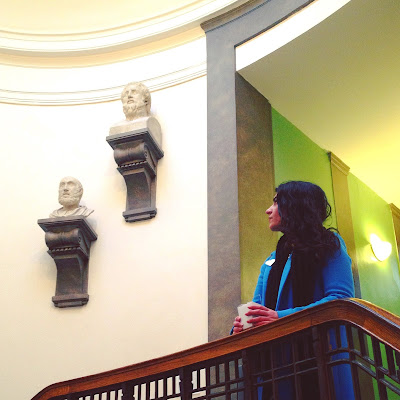 On our last day we went to the Scottish National Gallery, which is awesome because it did not only have a stunning collection but people were also allowed to take pictures… 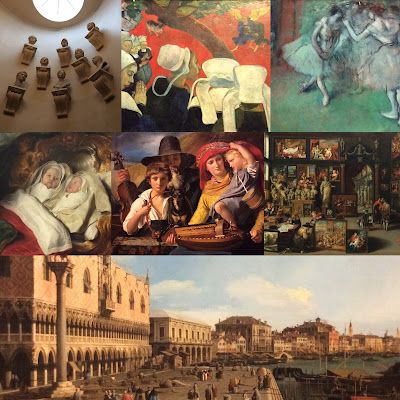 Here are some of the amazing paintings to be found there… 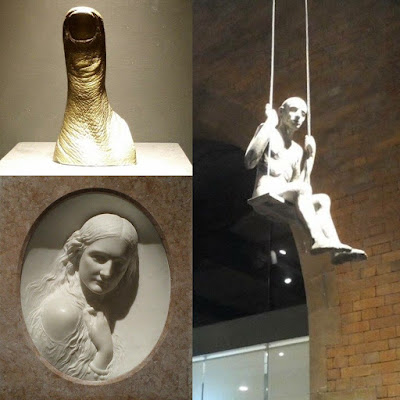 We also went to the Scottish National Portrait Gallery and witnessed two interesting exhibitions, “Head To Head,” which was a look at of classical and modern sculptural portraits, and the amazing annual BP Portrait Award (no pics allowed there though). Breathtaking – if only I could paint like that! 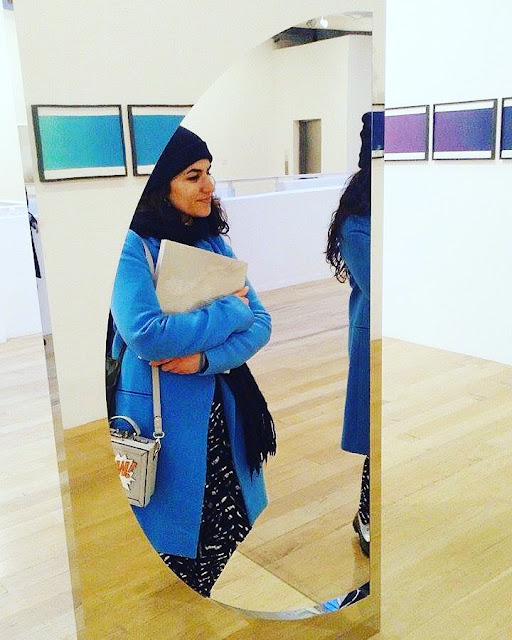 It wasn’t all classical – we went to The Fruitmarket Gallery and saw an exhibition called “Another Minimalism: Art After California Light And Space.” I’m not the greatest fan of modern art – but hey, if it makes for a good photo op… 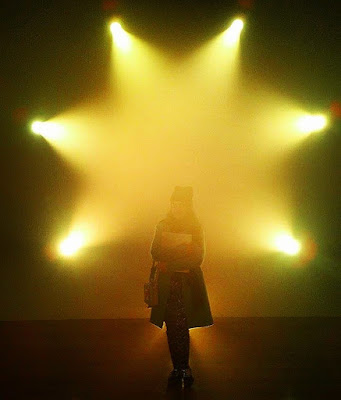 This awesome photo op/artwork is by Ann Veronica Janssens, who’s being causing a storm in London thanks to her “yellowbluepink” exhibition – have you been? I wasn’t too thrilled about it – it’s just a lot of fog that changes colour… 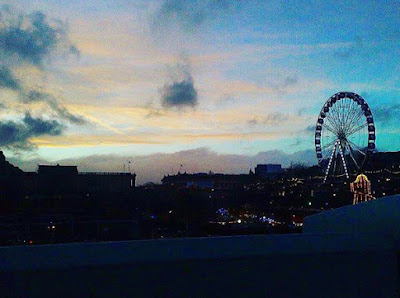 So, why do I need to go back to Edinburgh? I need to go to, for now, the only cat cafe in Scotland, visit the Scottish National Gallery of Modern Art, walk around Carlton Hill, find nice restaurants to eat in and simply see more of what I feel is a lovely place.