I knew I would eventually return to Phillips London for a great exhibition! I just didn’t expect it to be so soon after that Kimye experience… 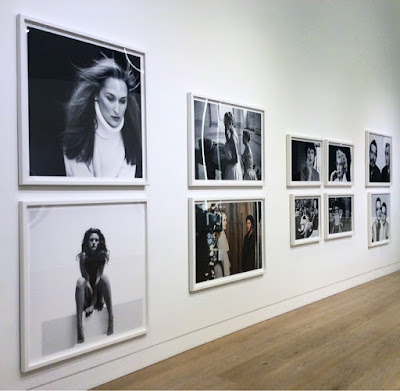 My interest in photography started a long time ago, even before I got ‘into’ fashion. Before becoming a fashion addict, I was a movie buff – as a kid I would devour my favourite Spanish movie magazine and dream about that magical world that is Hollywood. I loved the cinema with all my heart, and that love was fuelled by the glamour of it all. Those beautiful pictures of fabulous-looking and charismatic actors were mesmerising, and this love for photography would eventually lead and be connected to my passion for fashion. And I’m sure that French photographer Brigitte Lacombe’s imagery was part of this ‘transition’. 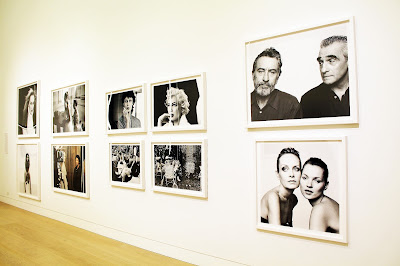 You may not be familiar with Brigitte Lacombe, but she is one hell of a portrait photographer. Born in France in 1950, Lacombe has been active in the world of photography since the seventies. A few weeks ago Phillips held a concise exhibition of her work called “Complicities”, showcasing portraits of some of Hollywood’s biggest names (as well as Twiggy, Kate Moss, Mick Jagger and his ex Jerry Hall). 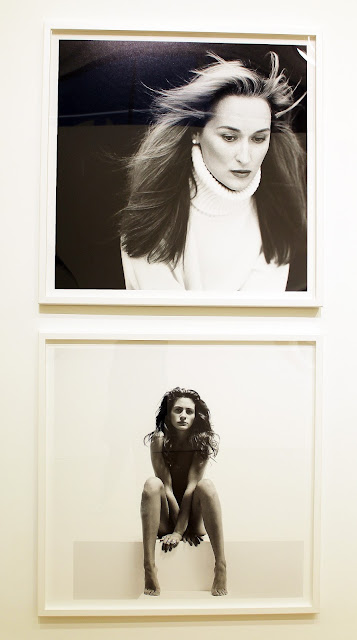 These two pictures were perfectly matched, not just from a ‘physical’ point view, but also because of the subject matter. Both Meryl Streep and Julia Roberts are mega Hollywood stars, pretty much power players in a somewhat male-dominated industry. They’ve led very different careers but are so iconic in their own ways… and Meryl Streep looks so freakin’ hot in a big polo neck. 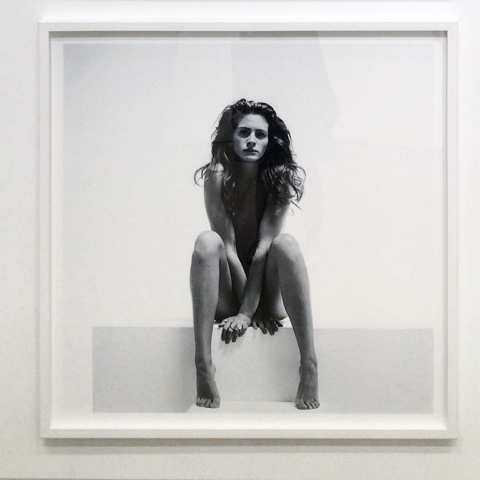 I love Julia Roberts’ all-American beauty, she’s got such an individual look and has needed to do any Bimbo nonsense to get noticed. This photo was taken of her in 1989 – a year before Pretty Woman came out and changed our lives forever! 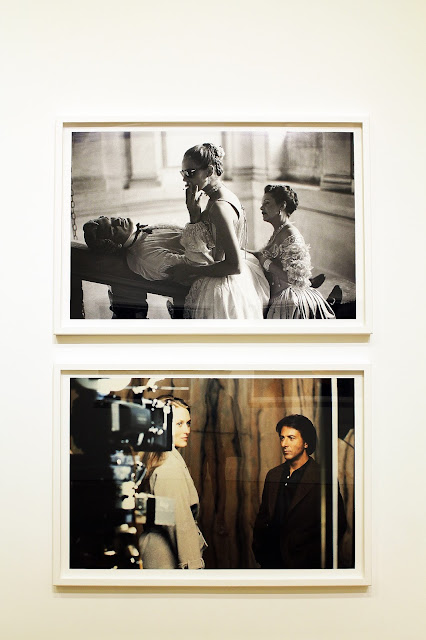 Lacombe has been photographing stars on film sets for decades – the top picture is a BTS moment with John Malkovich, Uma Thurman and Swoosie Kurtz from the film Dangerous Liaisons, and the bottom picture shows Meryl Streep and Dustin Hoffman filming Kramer vs. Kramer. 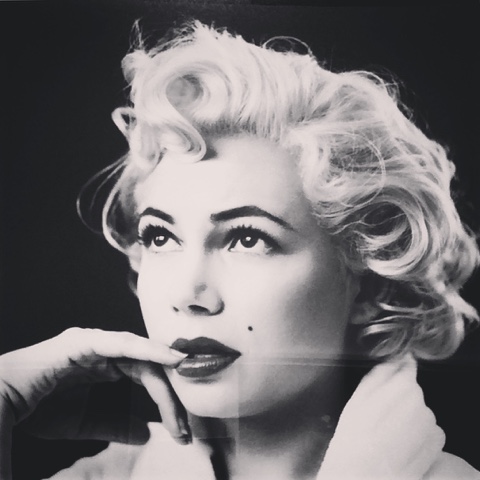 My week with Marilyn is one of my favourite films, and I adored Michelle William’s portrayal of Marilyn. I’d be surprised if this was a candid shot from Lacombe, but it doesn’t matter: it transmits so much glamour and also a strong sense of vulnerability, be that from the character Williams was playing or the actress herself. 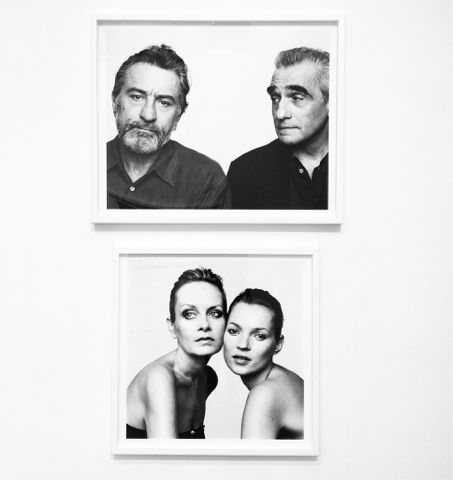 Twiggy and Kate Moss are cool, but for me it’s all about Robert DeNiro and Martin Scorsese, an actor and director who are responsible for some of the best films ever made. 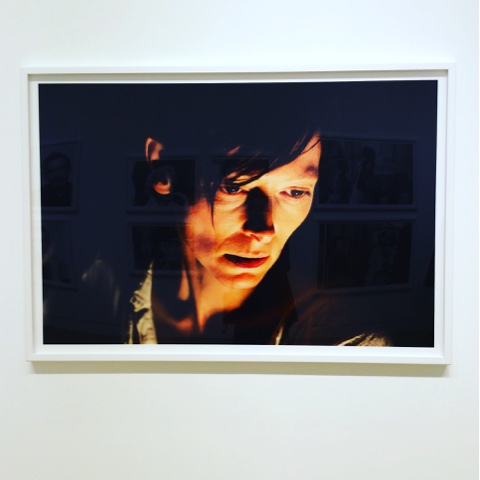 This is Tilda Swinton on the set of one of the most interesting films I have ever seen, We Need To Talk About Kevin. It captures Swinton’s intensity perfectly – she’s a master at intense roles! 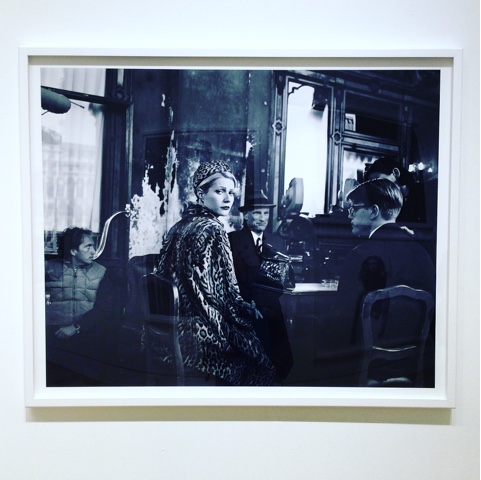 I can’t say I loved The Talented Mr. Ripley, but the fashion in it was amazing – this photograph of Gwyneth Paltrow sums it up! 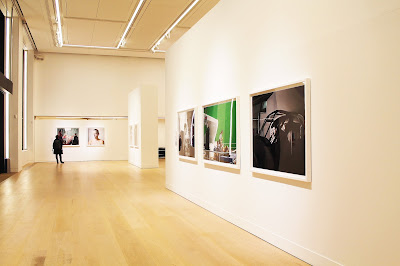 I called this wall the Leo (and Scorsese) wall… 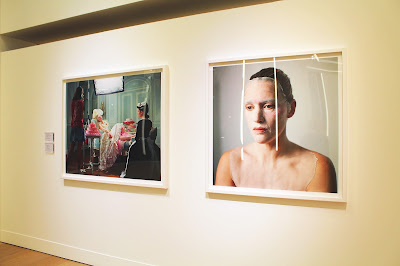 It’s funny how a lot of the film sets that Brigitte Lacombe was on are some of my favourite films – such as this shot of Kate Winslet getting prepped for her role in The Reader, one of the most moving films I have ever seen. 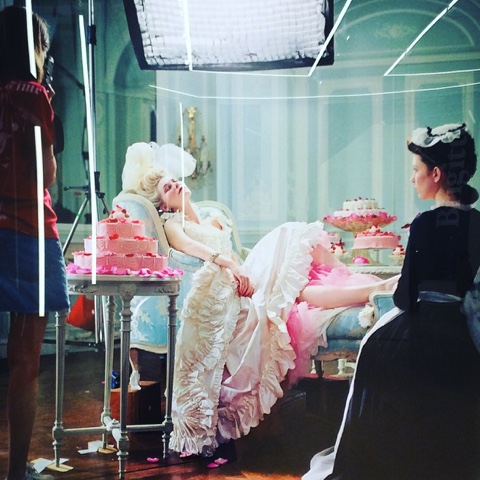 There was something so unreal about Sofia Coppola’s Marie Antoinette movie, and yet this BTS shot   – in which Kirsten Dunst looks 100% immersed in character and Sofia Coppola seems to be preparing – makes it so oddly believable… 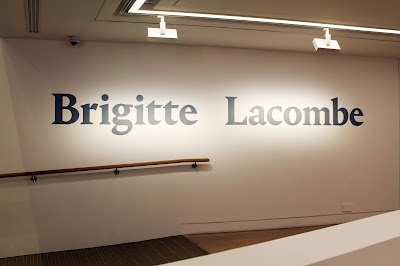 As you may have gathered from these pictures, Brigitte Lacombe’s signature trademarks are a love for black and white imagery and a clean, minimalist feel. I love her iconic style and I guess this kind of artwork appeals to me so much more than Juergen Teller… even though Lacombe’s photographs are so much more than just glamorised Hollywood portraits.

I’m sorry to say Brigitte Lacombe: Complicities ended on the 6th of January (I’m late late again – yikes!), but you can have a look at some of the works on Brigitte’s official website, or keep track of what she is up to on her just opened Instagram account – she is still super active and I think photographs regularly for The New York Times and other iconic publications.

Pictures taken by me on January 6th, 2015 at Phillips London.