Merry Christmas my beautiful peeps! My Christmases tend to be very chilled and laid-back, hence why I am allowed to be a little antisocial by writing away on my computer! So my blogging marathon continues with another beautiful exhibition I attended in October, Chanel’s Mademoiselle Privé show held at Saatchi Gallery. This show was on for a relatively short time, from the 13th of October to the 1st of November, so no time could be waisted when seeing this beauty! I would have loved to go again but didn’t manage, which is probably a good thing as I would have had massive storage issues on my phone due to excessive picture taking…

Similar to the Louis Vuitton exhibition, it was very visual, more than information-based, full of eye-catching installations worthy of a fairground attraction. This might have bothered some people but I guess one could say that I’m easily impressed, so I absolutely loved it! For the tech-savvy it was fab too, as it had its very own app which one could scan the walls with to see a little extra. I tried to sum up the exhibition with these pictures, but I have to admit there was so much more… 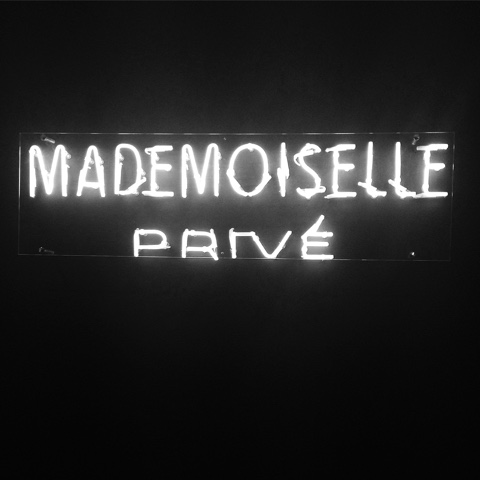 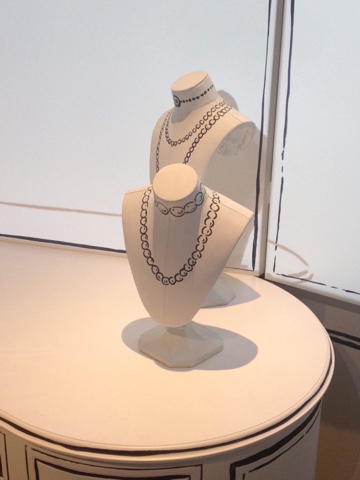 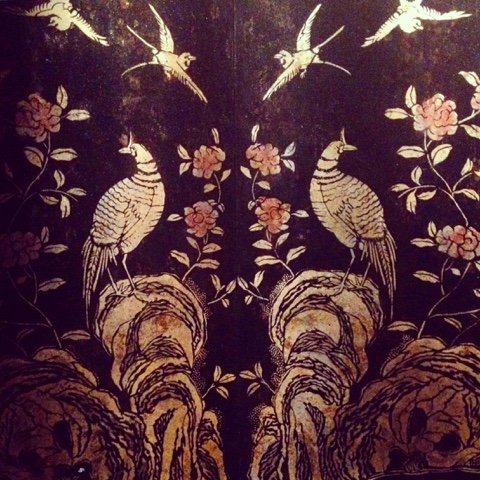 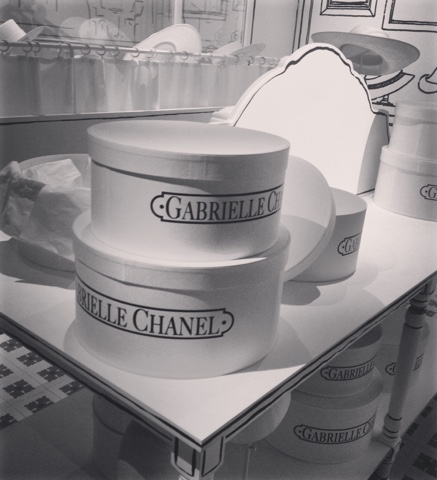 I loved the beautiful room that resembled what an elegant Chanel shop run by the iconic Gabrielle Chanel might have looked in the early to mid 20th century, its illustrative quality was charming. 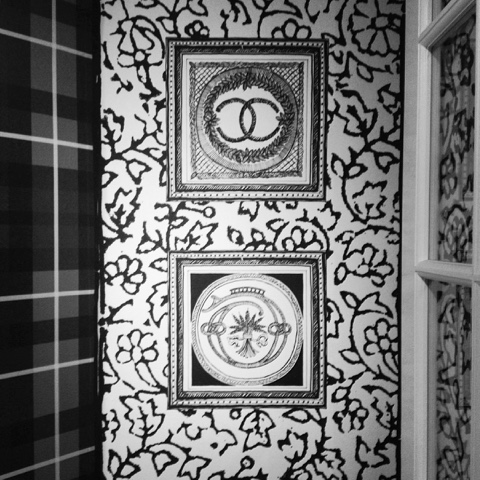 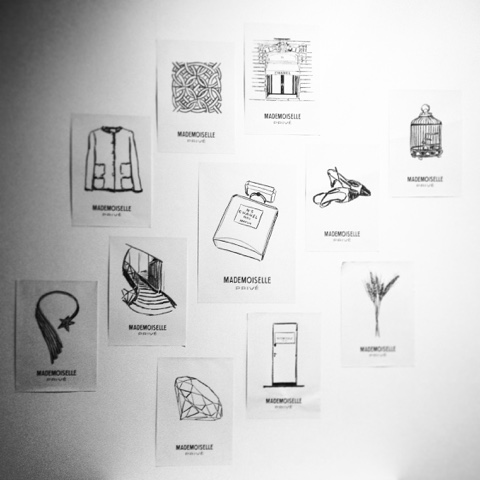 These drawings were up in one of the exhibition’s interactive rooms that included workshops – it wasn’t even in one of the ‘main’ rooms as such but I found it lovely, wouldn’t that work wonders in one’s home for decoration purposes? 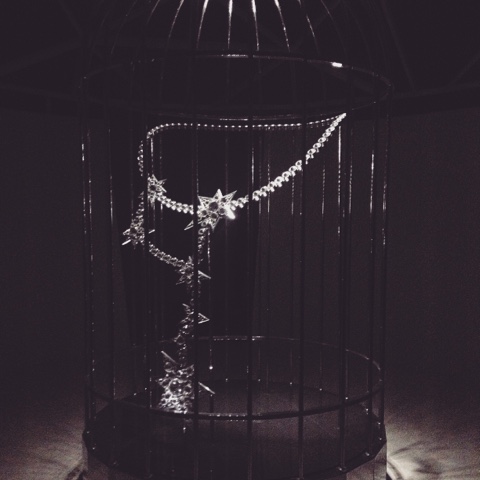 A giant necklace in a cage – no idea what this was about, but it looked amazing. 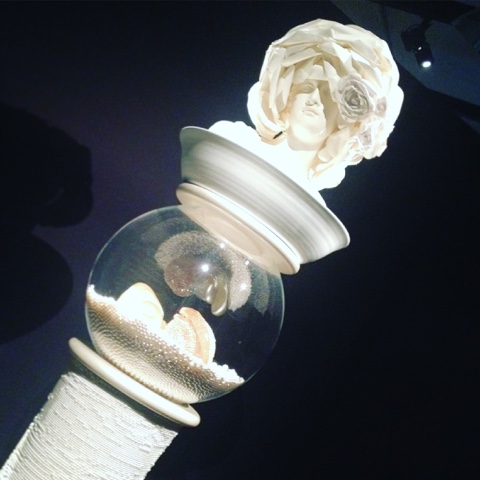 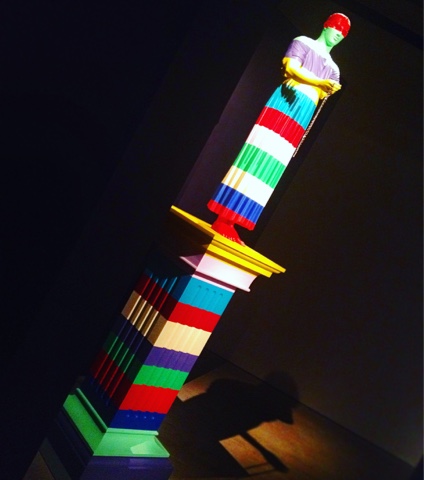 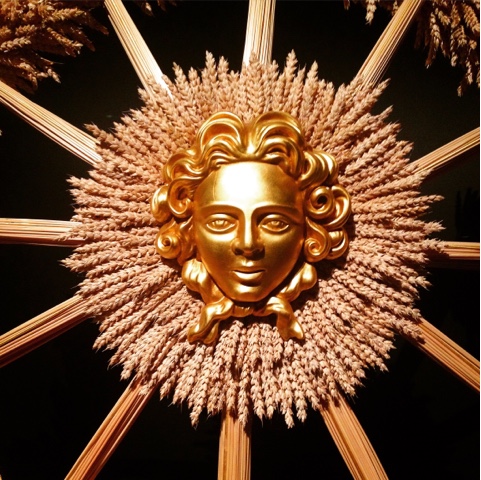 The three photographs above were taken in one of the exhibition’s quirkiest rooms, which was full of bizarre yet cheerful installations. But as what the pearl ball, rainbow statue and sun-like field face actually mean, I’m clueless. Perhaps I wasn’t paying enough attention, but I enjoyed it nevertheless. 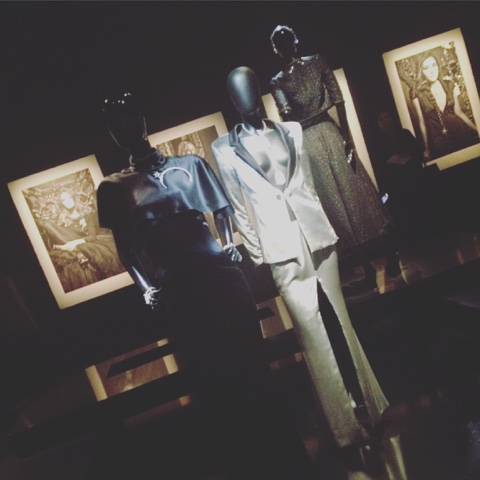 The portraits room was my absolute favourite, I could easily have done a post dedicated exclusively to it as I loved it so much. Highly reminiscent of the exhibition Little Black Jacket held also at Saatchi (clearly Chanel and Saatchi love each other), it featured portraits of actresses, singers, models and other socialites taken by Chanel’s current god Karl Lagerfeld along with the jewellery and clothes seen in the pics displayed on mannequins. 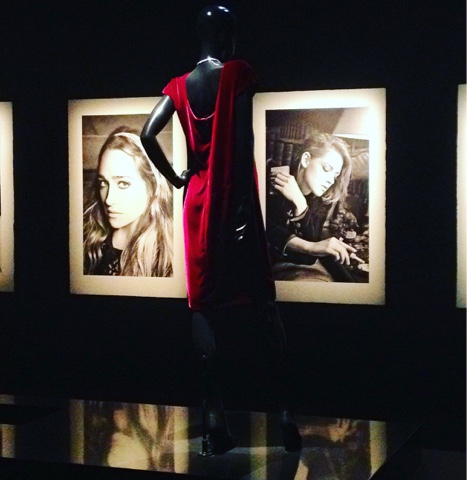 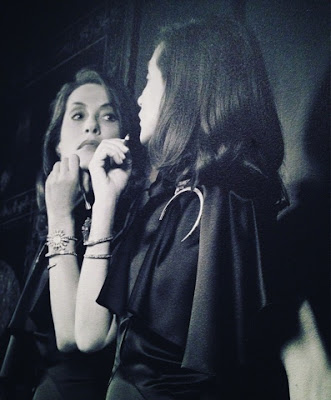 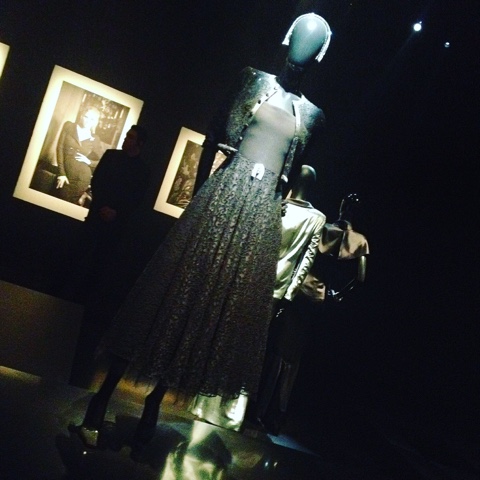 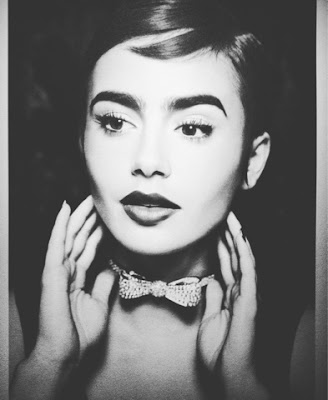 This photograph of actress Lily Collins was my favourite. I love everything about it – the composition is sublime, Lily is obviously a dream to look at yes, this picture makes me yearn for a diamond bow choker. 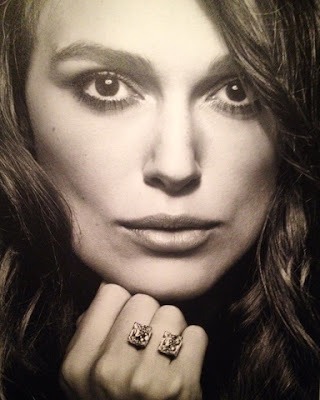 I have a soft spot for actress Keira Knightley – she’s a beauty! 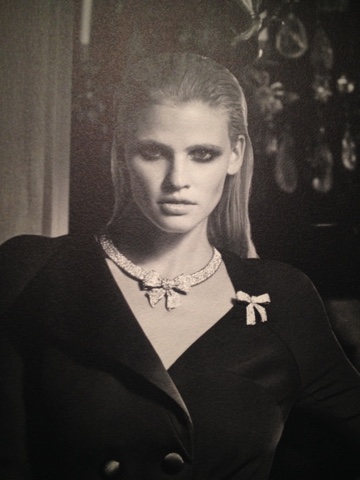 I didn’t think much of this portrait of model Lara Stone but as a bow lover I absolutely loved the jewellery showcased. 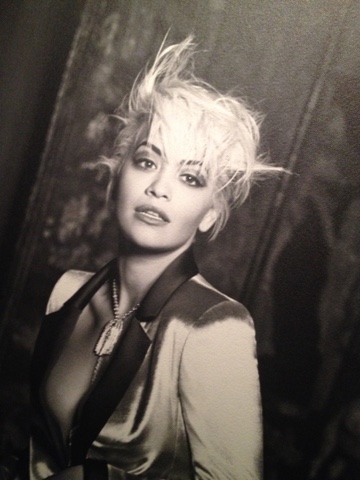 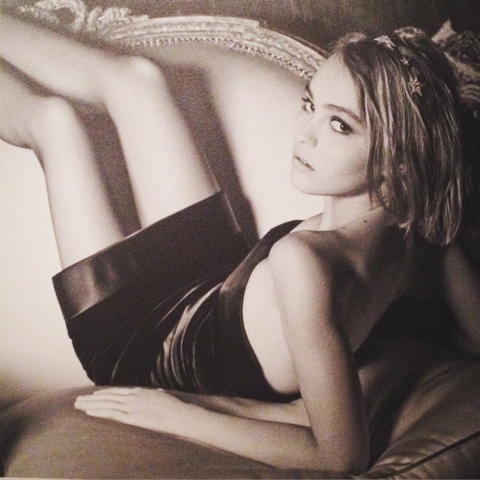 I think this was the first time I got a proper look at Lily-Rose Depp and oh my, she ticks all the right boxes to become not just Lagerfeld’s but everyone’s muse! Enviable genes, this one. Fairly though, there was also a portrait of her mother at the exhibition too. 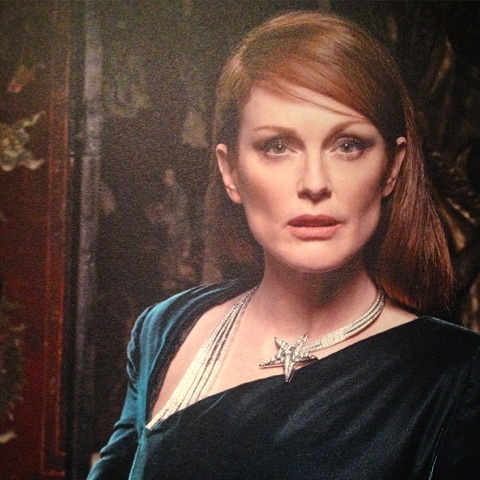 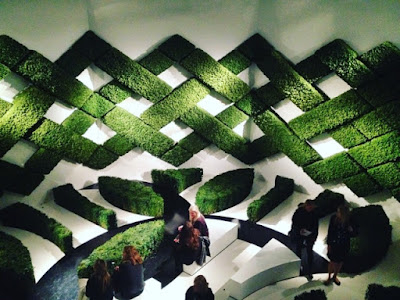 The maze room was one of the cutest rooms. 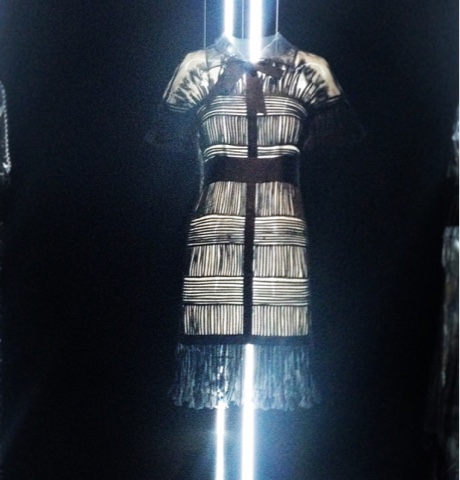 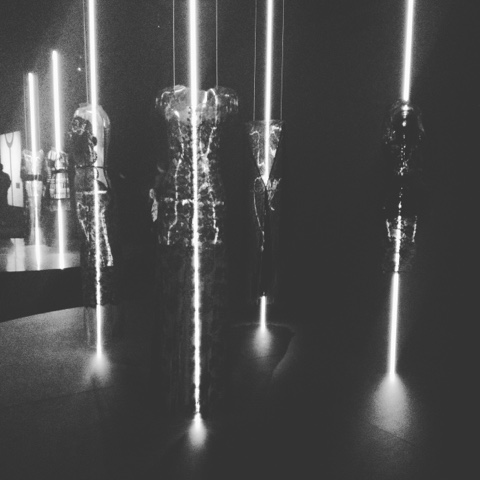 Whoever came up with these dresses being modelled on vertical lights is a genius! The sensually sheer dresses couldn’t have looked better. 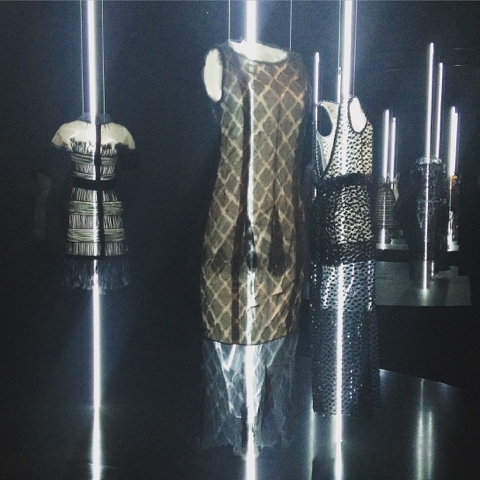 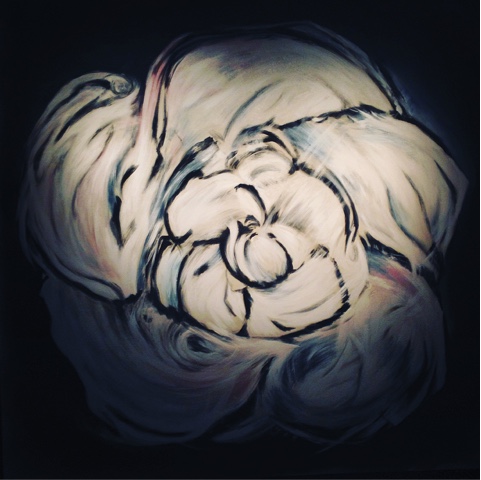 The exhibition featured a few paintings ‘here and there’, like this lovely painting of a white camellia, so symbolic of Chanel. 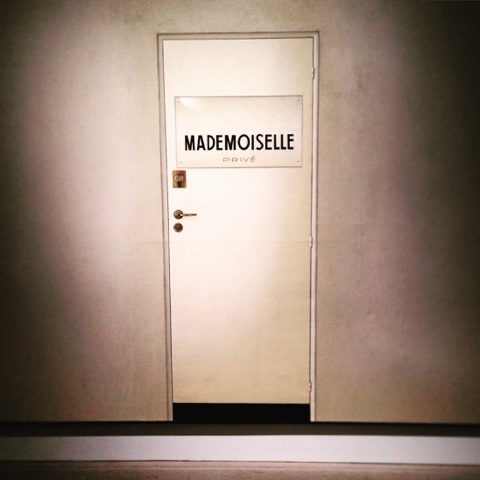 I loved this painting of Mademoiselle Privé’s door – it had a 3D feel.

Whilst not exactly profound, it felt less like an advertisement than Louis Vuitton’s exhibition. It also featured a quirky short film in which Coco (played by Geraldine Chaplin, who had already played her in a short film by Chanel called “The Return” a few years ago) came back from the dead and had a little chat with Karl Lagerfeld. Odd, but somehow it worked.

What I didn’t like about the exhibition was the high level of security, which sounds dumb but the security guards were just so unnecessarily rude! Perhaps I didn’t spend enough time reading any captions, but I don’t even know from which season all the jewellery and apparel collections were from. I also don’t feel like I truly got an insight into the mysterious Coco Chanel. Ultimately, it didn’t really feel like the exhibition was about her or her legacy, but more about the essence of Chanel. So not very privé, I would say… But like I said, I was not the least bit disappointed, as it was a visually stunning trip.

Couldn’t we all do with a bit of Chanel during Christmas? Merry Christmas to all!

All pictures taken by me on October 27th, 2015 at Saatchi Gallery, London.