What are your thoughts on horizontal stripes? I used to wear them as an awkward teenager and inevitably developed a strong dislike towards them, falling into the ambivalent belief that horizontal stripes make one look instantly bigger.

My newfound appreciation for stripes was a gradual process – after working at Hobbs and NW3 for so long, I realised stripes need not be awkward or teenage-like. I also have Coco Chanel to thank. I still remember a scene from the French film “Coco Avant Chanel” in which Coco (perfectly played by Audrey Tautou) observes the fishermen in the sea catching fish with their surprisingly stylish breton tops… one could definitely say I was a little enlightened by that fabulous bit of storytelling. 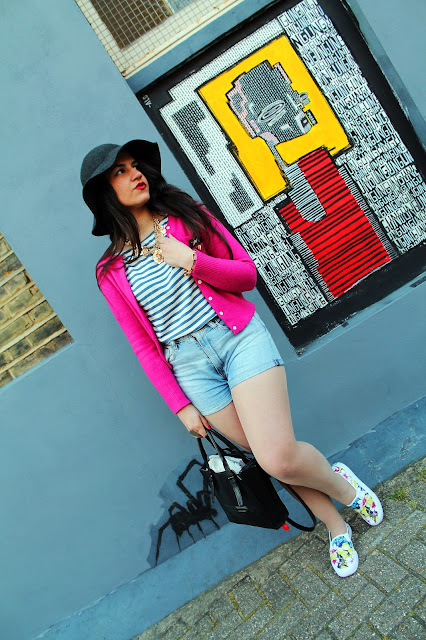 Oh, the challenge of print clashing! It’s funny how in the past I’ve had issues with both of these prints and have gone from avoiding them at all costs to now accepting them and even combining them… 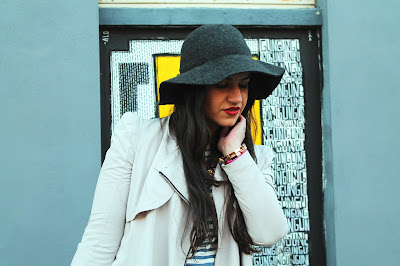 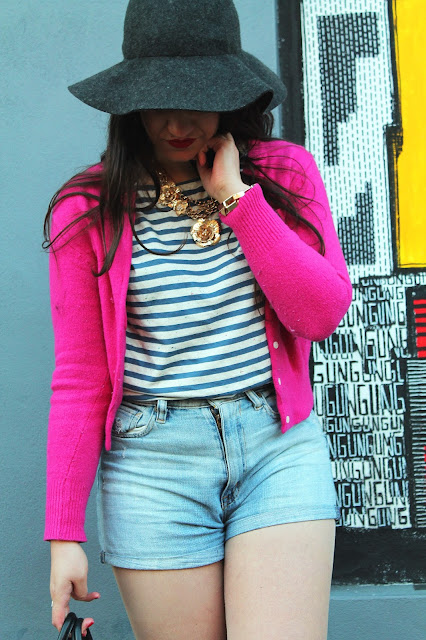 I got this top at the very beginning of 2014, or even at the end of 2013. After more or less getting rid of my stripe hangups I treated myself to one of NW3’s signature breton tops – no one on the high street did breton tops like them! 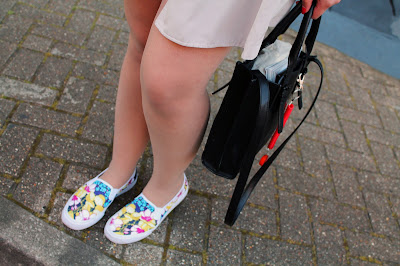 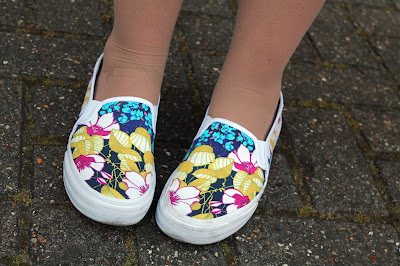 My attraction for the ugly-beautiful has reached a whole new level with these… TRAINERS! Well, apparently that’s what they are – I would never in a million years have referred to them as anything other than plimsoles. But when Oasis do a collaboration with trainer brand Keds and market all the shoes as trainers, one just has to go with the fashion flow (although these are skater shoes, to be precise) . In all honesty, I don’t even know why I like them! They’re bold and brash to say the least – I suppose I love the graphics and strong use of colour. I can see why people would call them ugly, but I adore them to bits. And they’re comfortable as hell… 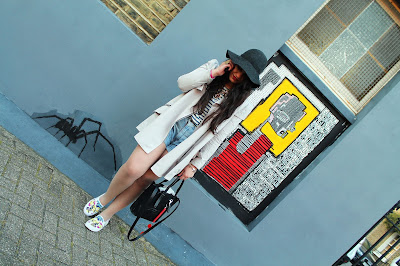 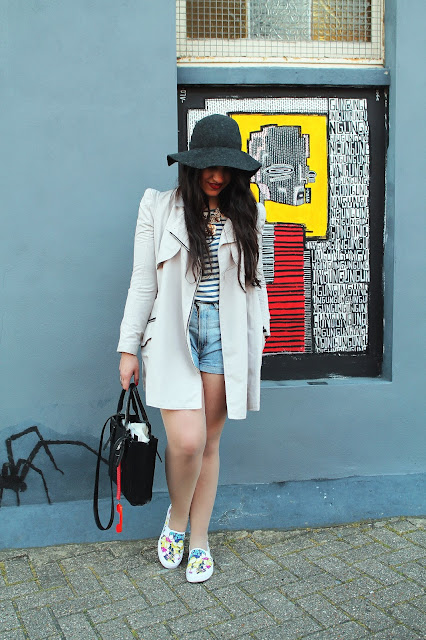 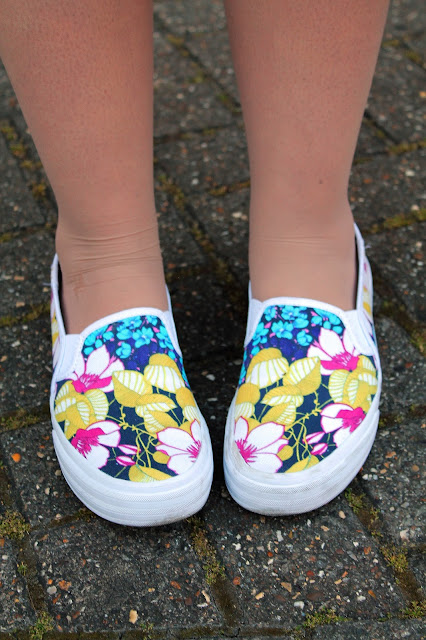 I never, never thought I would succumb to the trainer trend – and even though I technically haven’t gone all the way, I would no longer be surprised if I ended up one step closer. When I was back in Spain I was highly tempted to try on a pretty pink pair I spotted in a window display, but ran out of time to do so. I guess it was’t meant to be… 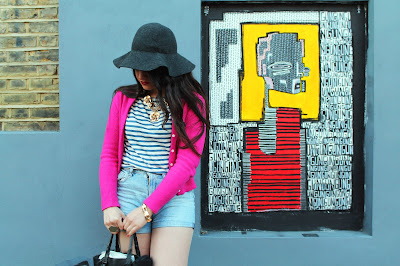 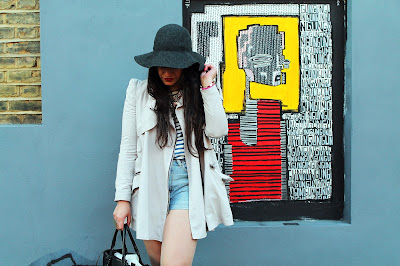 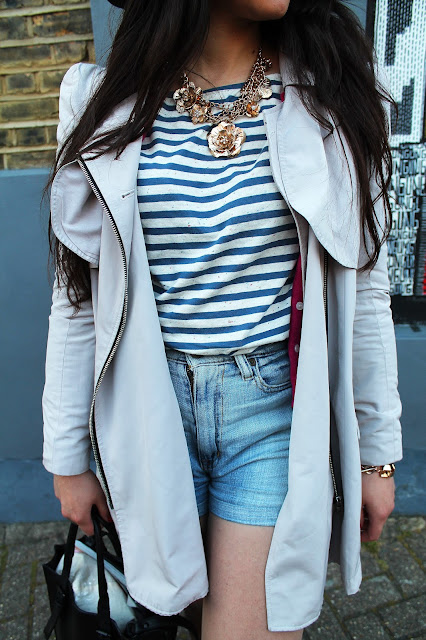 Even though these pictures were taken over two months ago (aaaages ago, I know), I could easily still be wearing all of these layers now as the temperatures have barely changed. The other day I heard that this has been the coldest summer in London in over 100 years, and whilst that does sound like the biggest exaggeration ever said (Were Londoners moaning that much about the weather 100 years ago?) there definitely haven’t been any wonderfully summery days. Weather rant over! 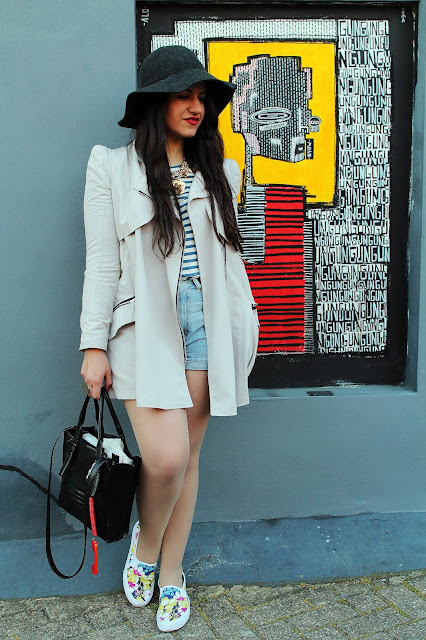 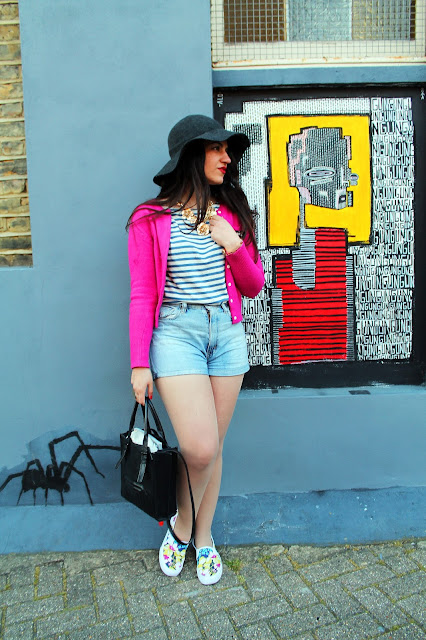 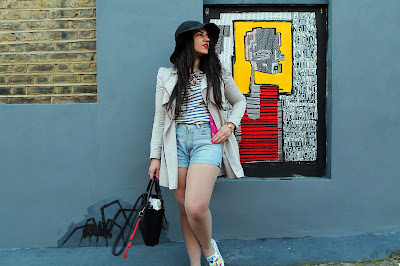 It’s strange how relatively simple and casual this outfit is, and yet I really like it. I don’t usually dress so casually but there’s just something about these denim shorts that screams “Relax and dress me down.”

I don’t think I’ll become a total stripes addict any time soon… but as for trainers, watch this space. After all, if something is pink, I’m more likely to fall for it.

The tartan blazer and red wall - a love story for

Hanging in there 🥴 Art is “Hanging Figures”

A WEEK IN OUTFITS, PART 2 - More or less the same

I bought this blazer on sale two days ago and now

No better way to say goodbye to the ‘old’ year