Guys, I am so far behind with my outfit posts! These pictures were taken over a month ago, and even though it feels like weather wise a lot has changed ever since, realistically it’s not that much warmer. I loved wearing this outfit though, as mixing soft hues with stronger shades is not something I do often. 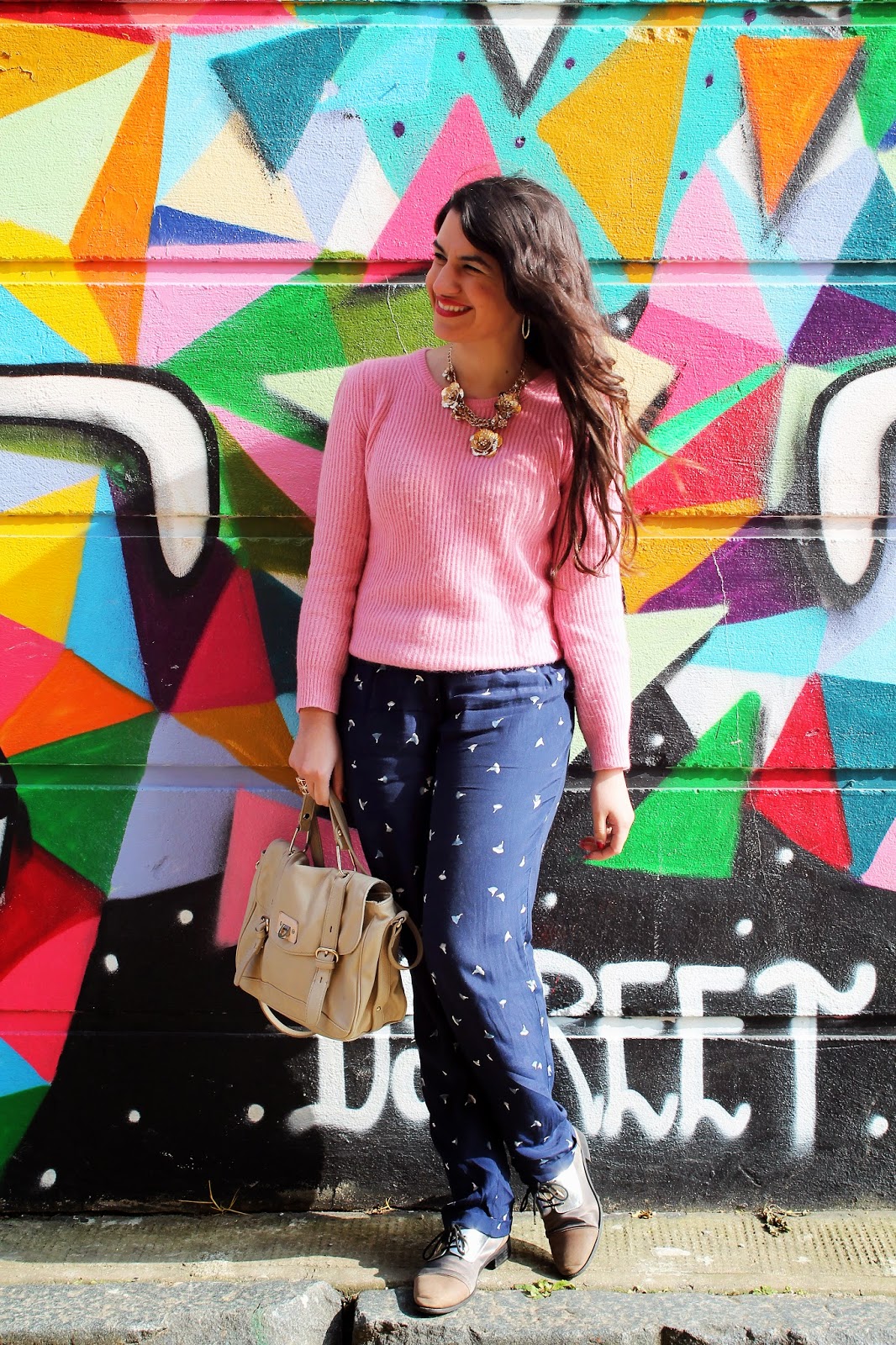 These trousers came into my life two summers ago – I can’t believe they’ve shown up on the blog just once! I bought them as part of my work uniform and surely must have worn them a lot… but honestly can’t remember? Pyjama pants sure had their moment in fashion, especially within Hobbs’ now defunct younger brand NW3. What kind of trousers are in now? Skinny jeans? Flared jeans? Boyfriend jeans? Ripped jeans? Peg legs? Tailored cropped pants? There are a lot of ins – except for pyjama pants it seems. 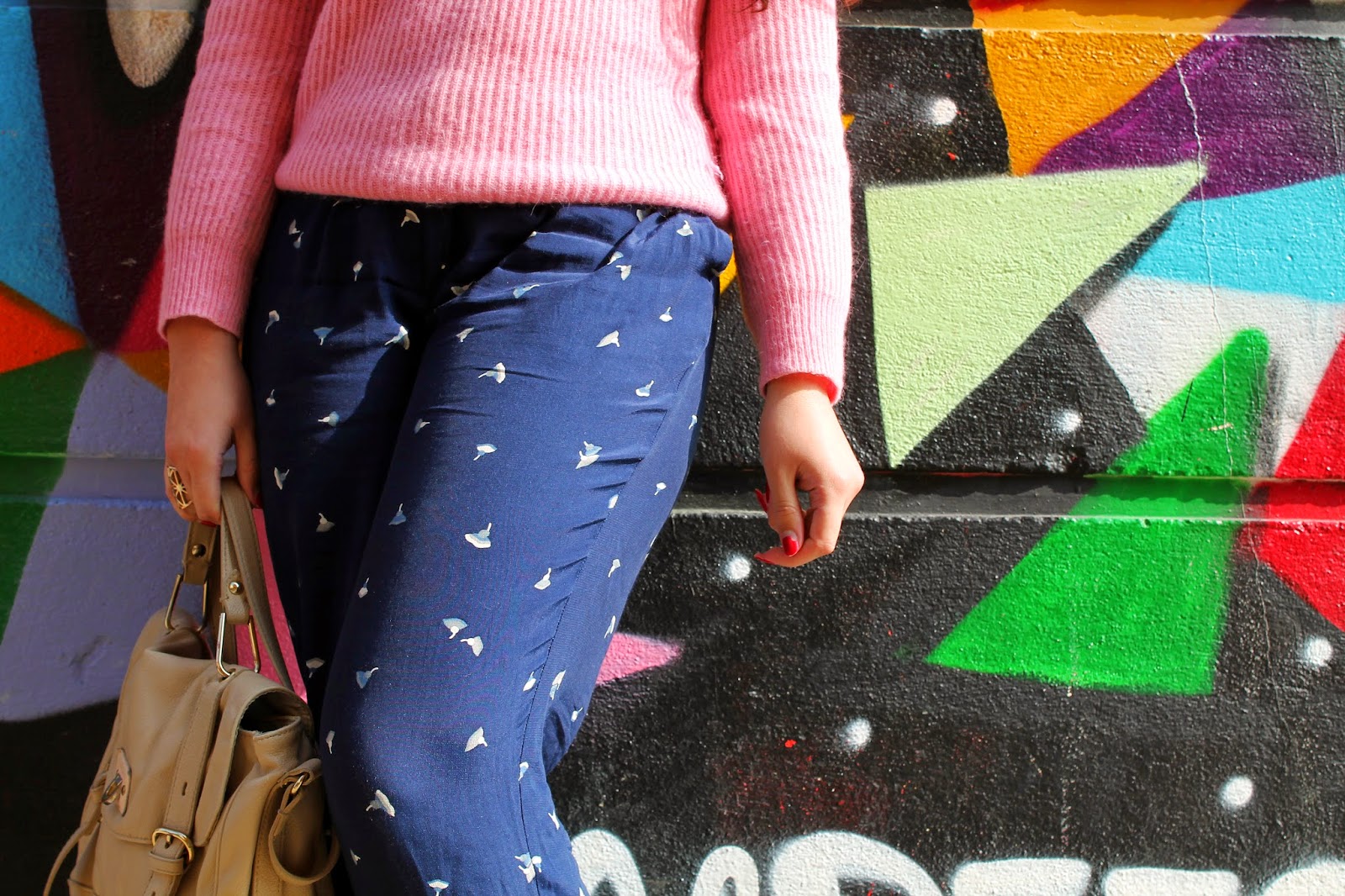 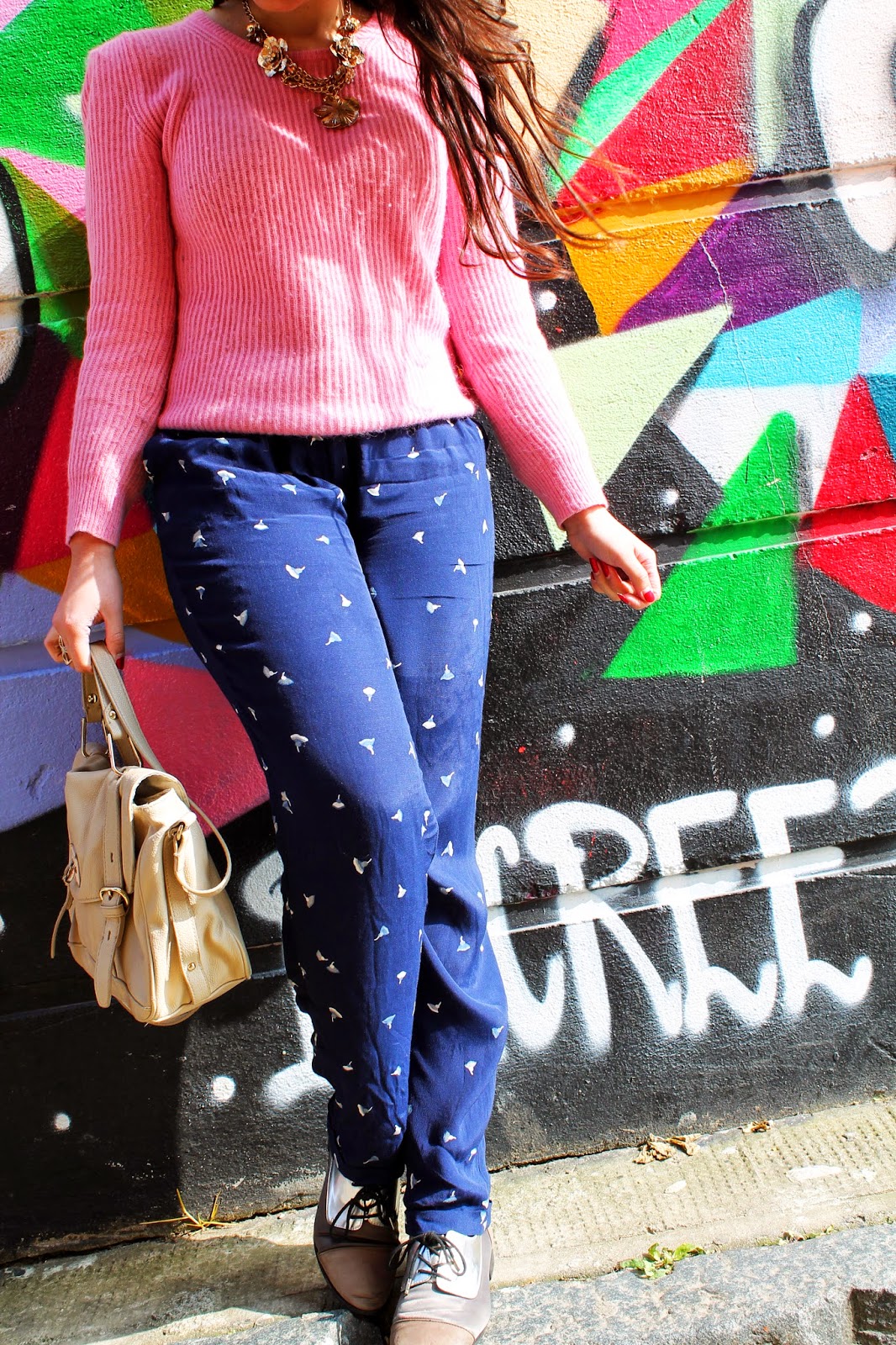 My trousers will not be going into retirement however, as they are comfortable AF. They are the perfect spring/summer trousers – a little loose, with a cute print, which are casual but can be dressed up with a smart top and heels. Like my star pants, they’re just an easy breezy pair of bottoms. 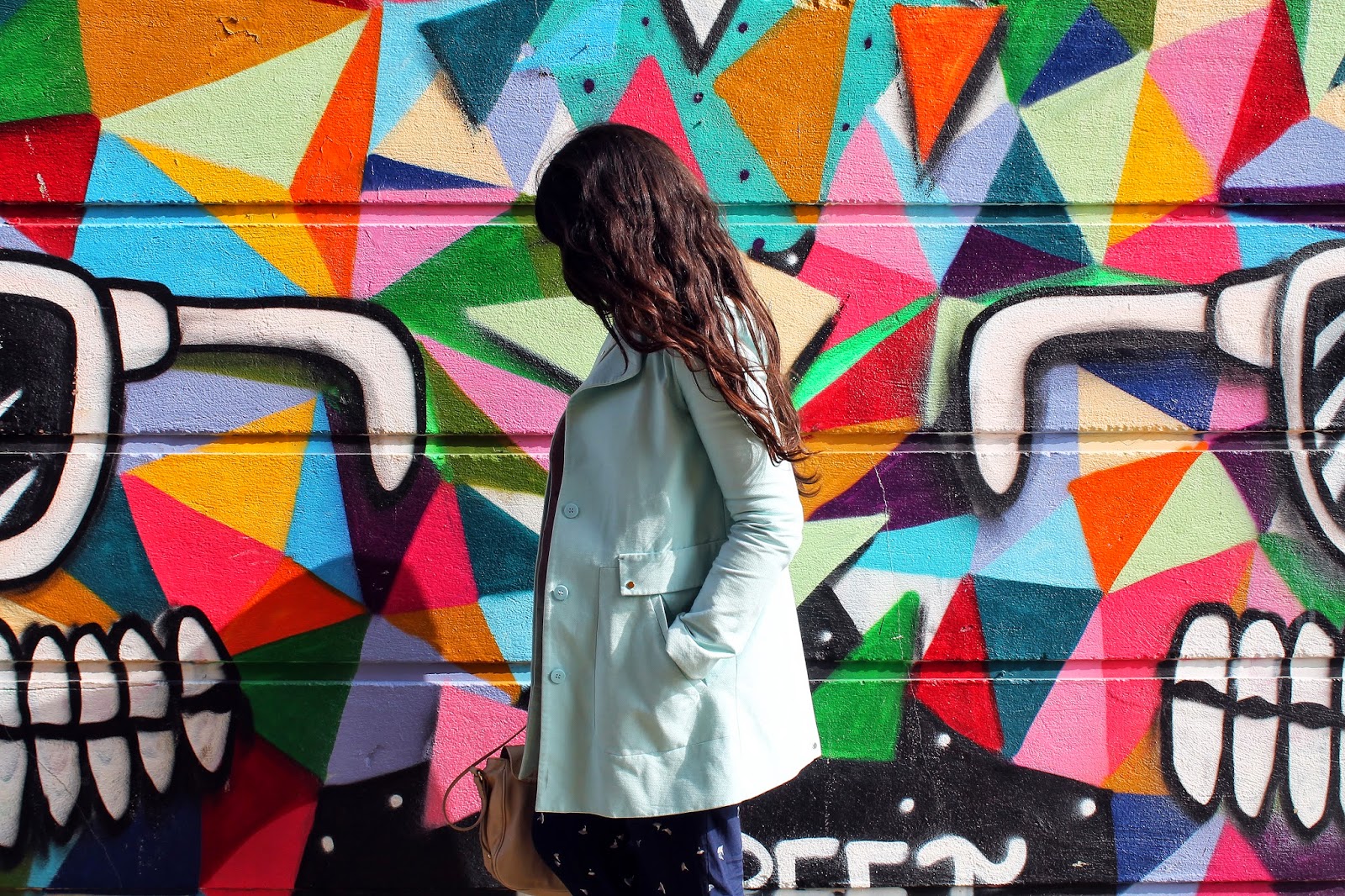 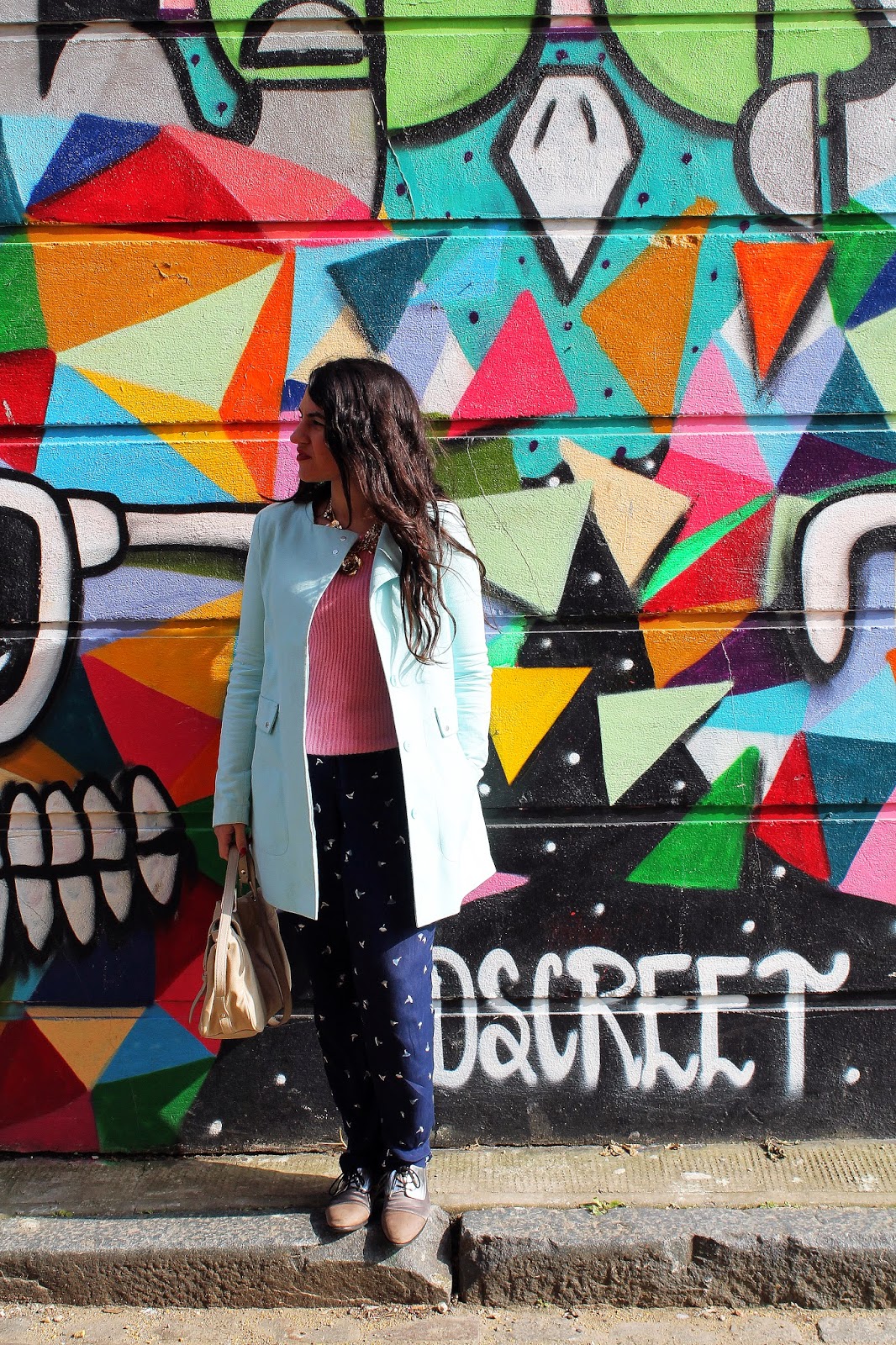 I just realised none of these pieces are newbies – this coat was a 2014 purchase, and another piece that’s never really had its time to shine on the blog. I love it to bits and wore it so much when I first got it that it got badly stained on the arms. I took it to the dry-cleaners and they claimed they couldn’t get out the marks after trying various times – personally I think that’s bull crap  and would rather never go back to Timpsons. I think this was the first time I wore the trousers with an actual jumper instead of a lighter top or t-shirt, making it, almost, a wintery look. Whilst I may not have worn it during the super cold months this reminded me that it can definitely work up until late autumn at least. And we all love an almost-all-year-around piece. 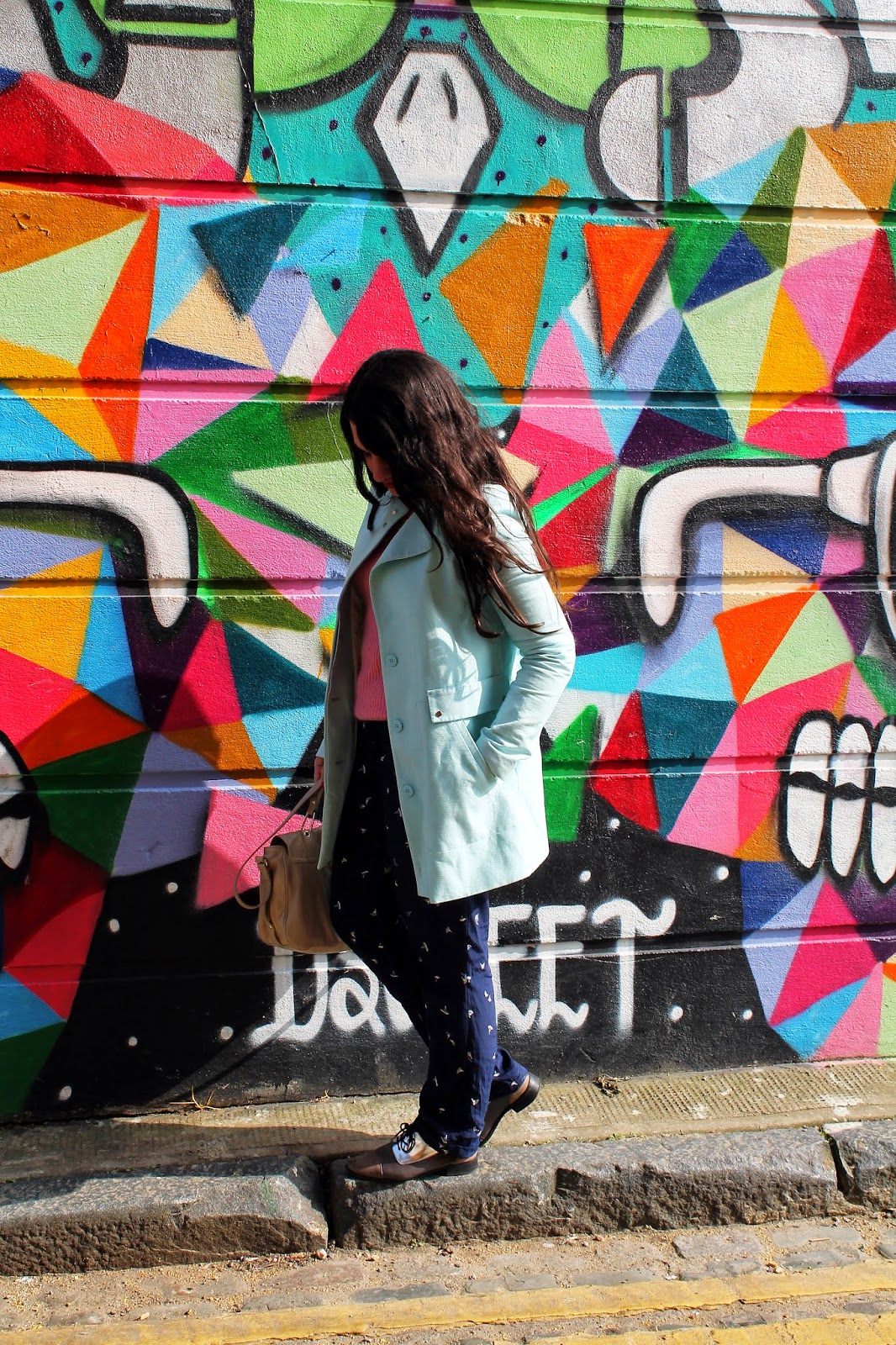 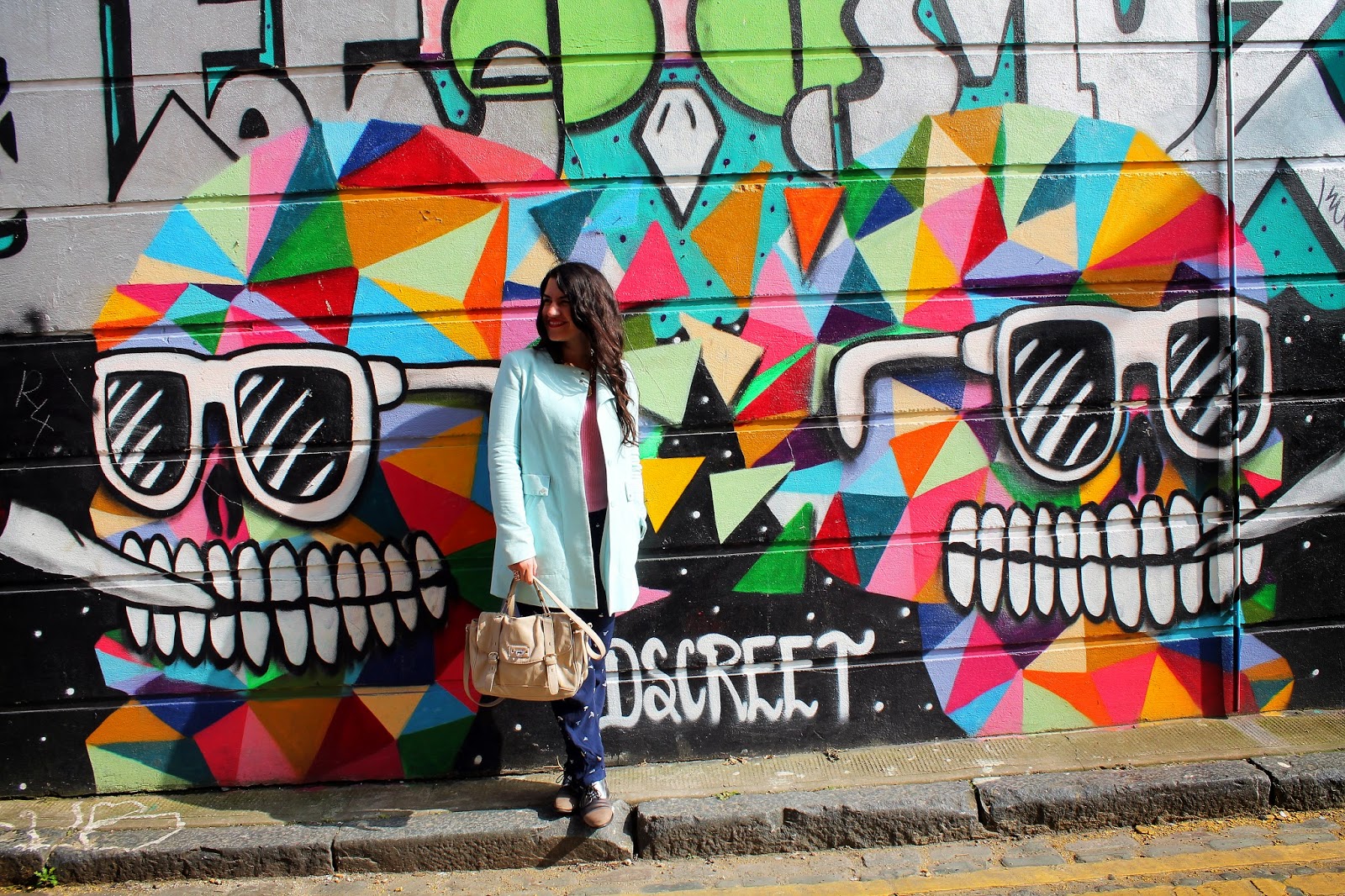