It’s been almost four weeks since I got the amazing opportunity to see Alexander McQueen: Savage Beauty at the V&A – and I still can’t get it out of my head. The V&A are the bees’ knees when putting an exhibition together and this one might just be their best yet. No matter how similar it may be to the first exhibition held at the Metropolitan Museum of Art in New York, I’m in complete awe of team V&A. I also think it’s unfair that McQueen’s first ever tribute after his death was not held in his country of birth – London, after all, was the unspoken muse behind his work (He did say “London’s where I was brought up. It’s where my heart is and where I get my inspiration.”).

For those of you who haven’t seen it yet, GO. NOW. It is amazing. Explained not just with the usual exhibition passages but also with inspiring quotes from the designer himself, it made me realise how little I knew about Alexander McQueen, and how much he did in such a short amount of time.

In typical V&A fashion, the layout of the exhibition is outstanding – the first room consists of his naughtiest, most infamous pieces (bumster trousers, anyone?), followed by more showstoppers and the incredible, haunting hall that is covered in skulls and bones (as you can see in picture 8). However, my favourite room, Romantic Nationalism, was the one filled with stunning regal-like outfits (pictures 10, 11 and 12), some of them taken from his Highland Rape collection. The other room that I dare you not to spend three hours in is called the Cabinet of Curiosities (picture 14), filled with incredible pieces such as this stunning butterfly hat he made together with milliner Philip Treacy.

You don’t need to love fashion to enjoy this exhibition. Because McQueen’s work was so much more than just clothes. Behind every piece he made there was a story, a vision. Whether it was about sex, nature or Scottish blood, the concepts were often dark and repugnant, but the results were mesmerising. 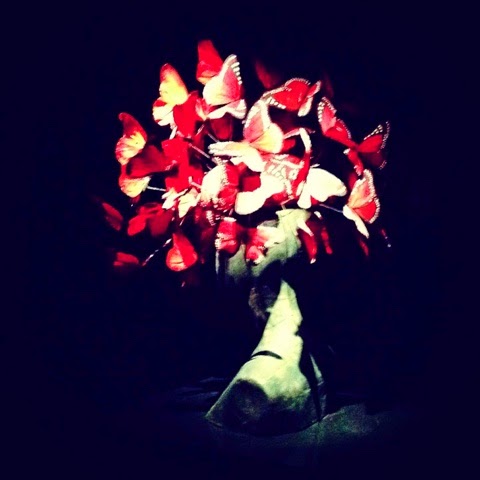 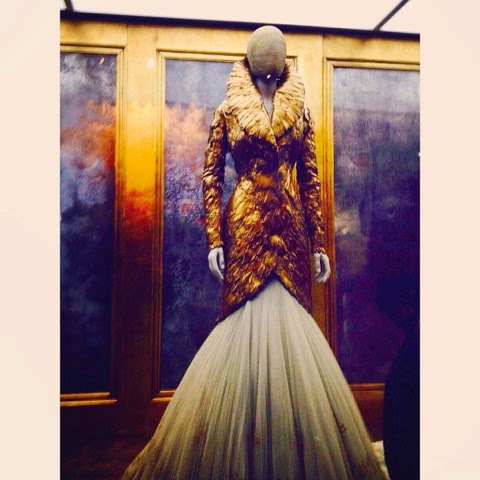 A look from his first posthumous collection, I remember seeing it in so many print and digital publications at the time the collection was showcased – being able to admire it in the flesh was anything if not moving. 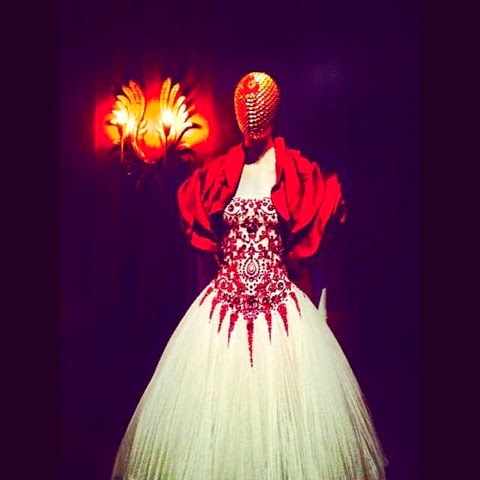 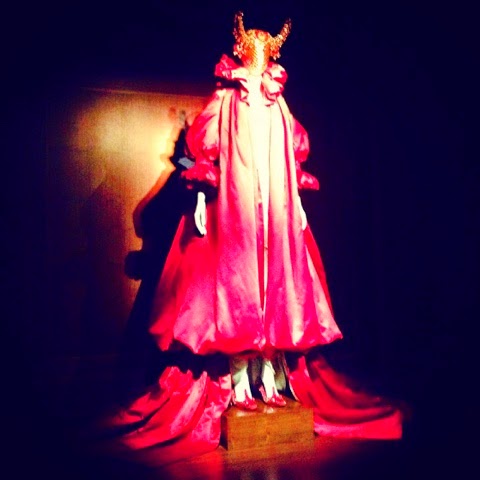 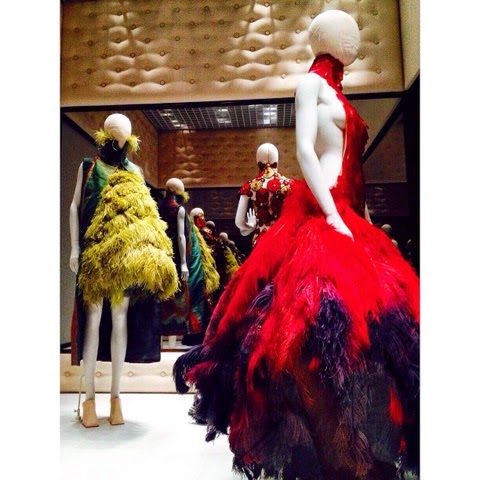 I refuse to see McQueen’s work as a mass of shock tactics. Controversial, yes, but not misogynistic (all I can see is a man who loved women) or attention-seeking in the tiresome way that other designers and celebrities may be. He understood the darkness to be found in the human condition, the power of sexuality and the thorough craftsmanship there should be in fashion. He truly wanted to push the boundaries of style, and knew that in order to break the rules, one must understand the foundations. He was a true craftsman and his passion shined through his designs. And that’s what makes this exhibition so truly inspiring – it is a wonderful reflection of a man’s passion, regardless of whether it is ‘just fashion’.

By the last room however, you will inevitably feel a deep sadness. You will be sad that that darkness, so present in his work, consumed him for the worse. You will be sad that so much beauty, however savage it was, had to come to an end, that that incredible talent is no longer in this world. But you will also remember that savage beauty forever – all of us will.

Photographs courtesy of the Victoria and Albert Museum.