My blog turned 5 years old on the 10th of February. In all honesty, 2010 feels like another lifetime. It was, undoubtedly, the year of the blogger. Fast-forward 5 years and nowadays it’s all about the vlogger – not that I intend to quit my dear blog any time soon!

My wardrobe is still a mess after having moved a few months ago – one of the things that magically reappeared was this t-shirt that I must have bought back in 2010, if not in 2009 even. Danny Roberts was one of the fashion discoveries of 2009 – an amazing artist and illustrator that portrayed a bunch of gorgeous and painfully hip It bloggers (Susie Bubble, Garance Doré and my all-time favourite Karla Deras to name a few). As a lover of fashion illustration I was completely windswept by the beauty of it all and could not resist treating myself to this t-shirt, a collaboration Roberts did with the British brand Borders And Frontiers.

The illustration is an ‘extract’ from one his most gorgeous works, Girls With Glasses. The look may be so 2009, but it’s timeless too! 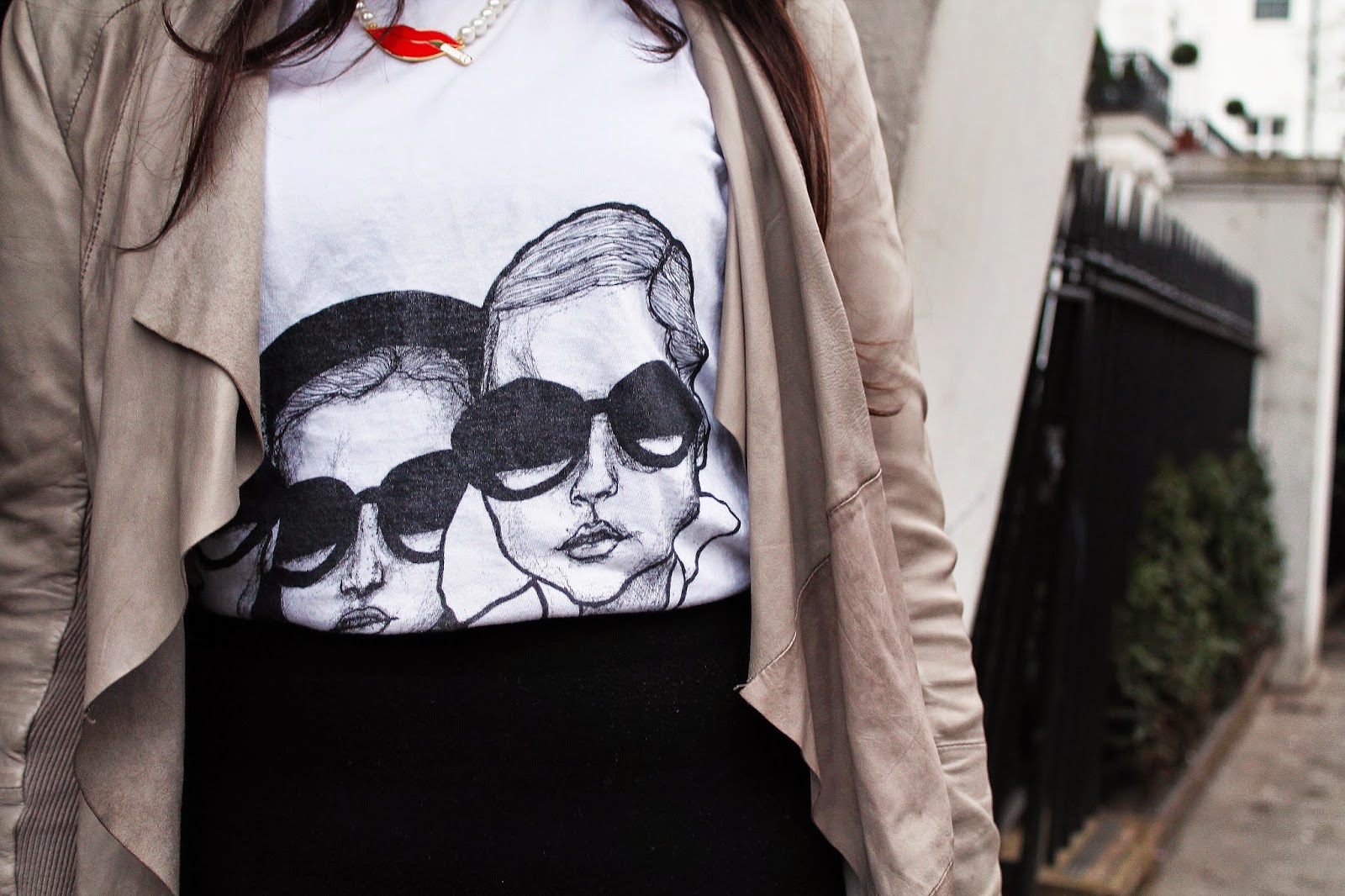 I wore it again, after years of wardrobe seclusion, almost 5 weeks ago when seeing Alexander McQueen: Savage Beauty at the V&A. In my humble opinion, the design is flawed – why are the bodies so low on it? Why is it so oversized (this is a small)? Not returning it was a mistake – I wear everything on my waist and it basically looks like the head are being chopped off. For now, however, I’ll be holding on to it. It’s almost like owning a piece of art. Maybe I’ll have to start a long baggy t-shirt worn over trousers and skirts trend (Very. Unlikely.). 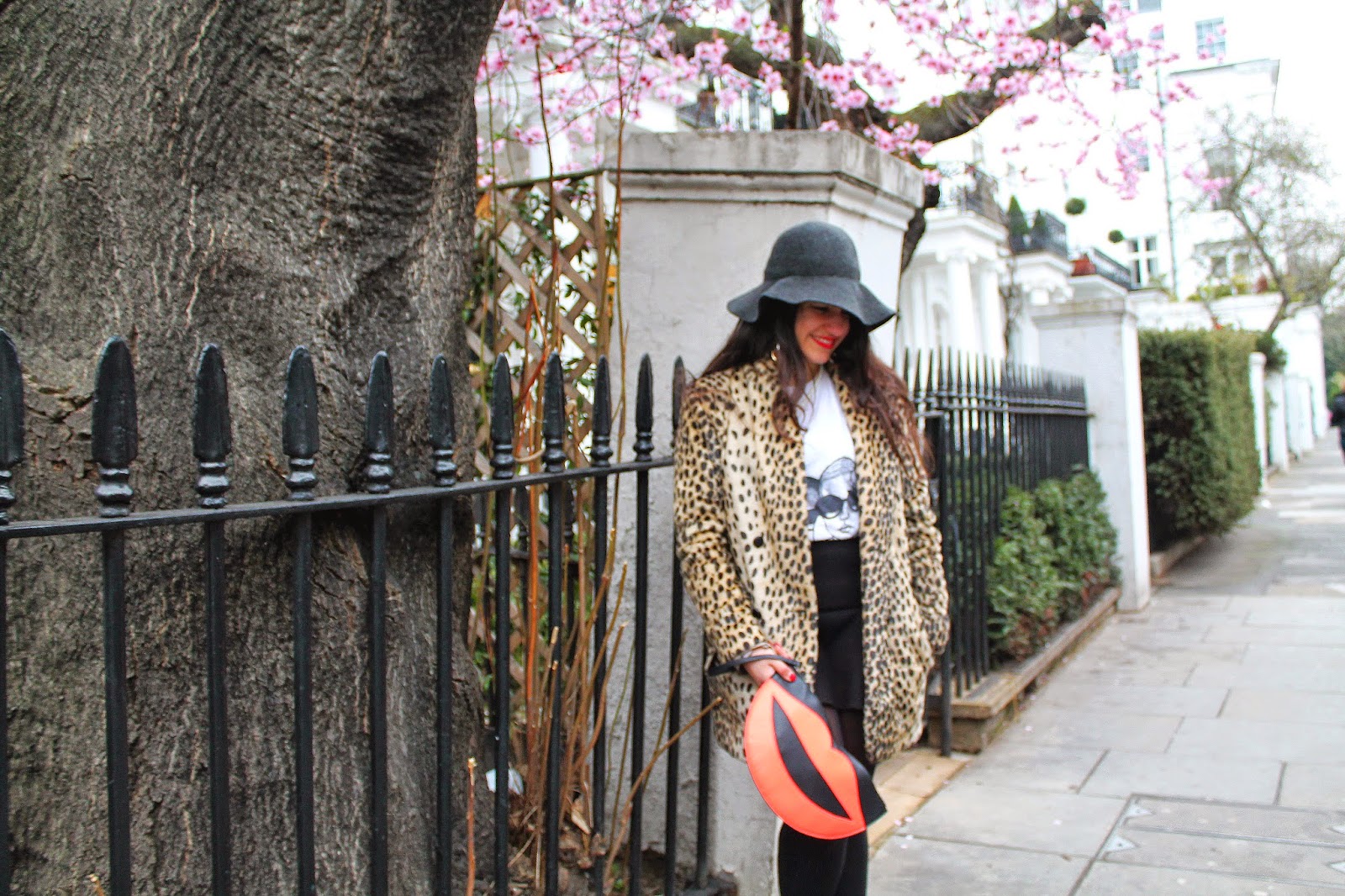 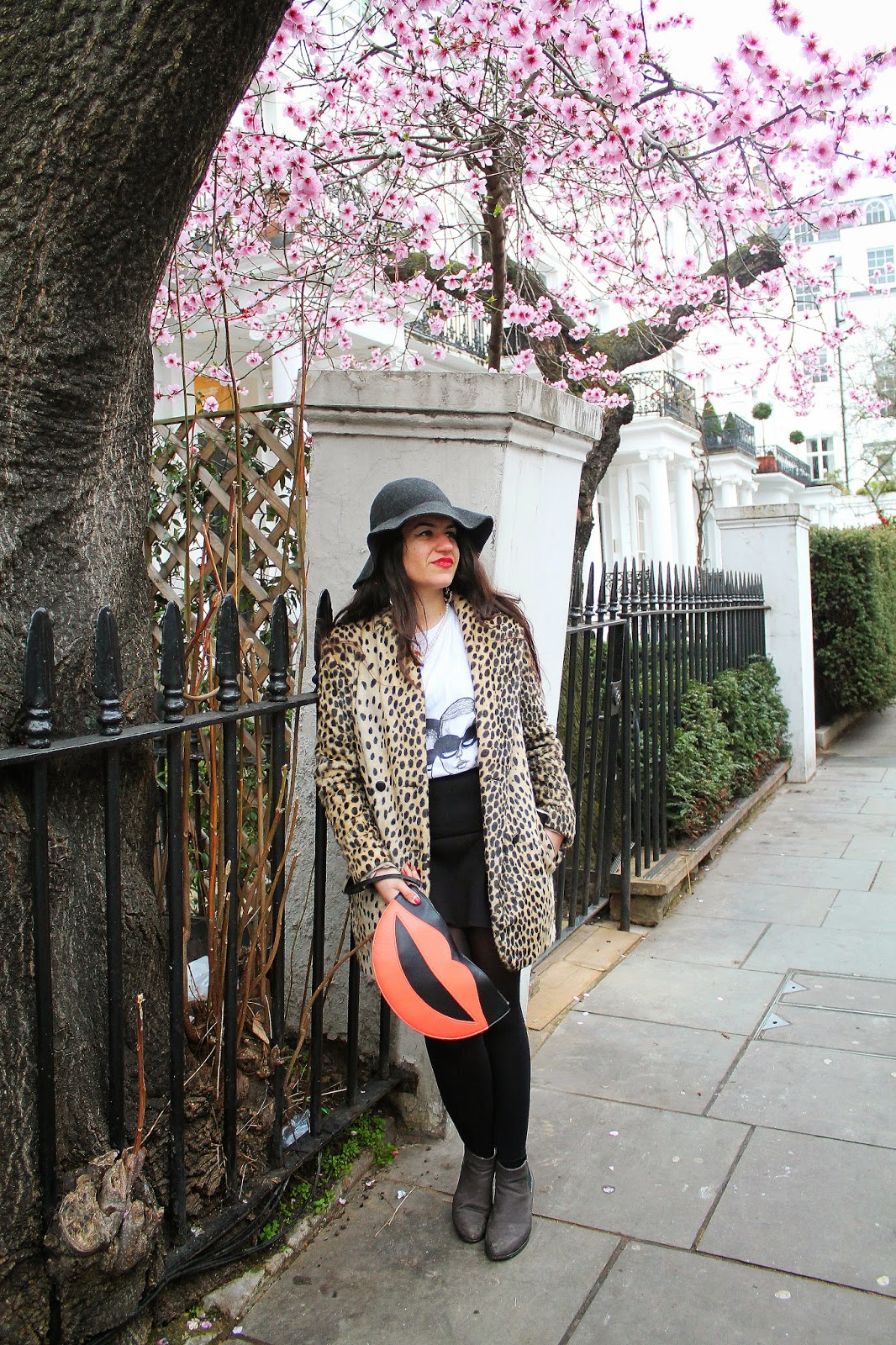 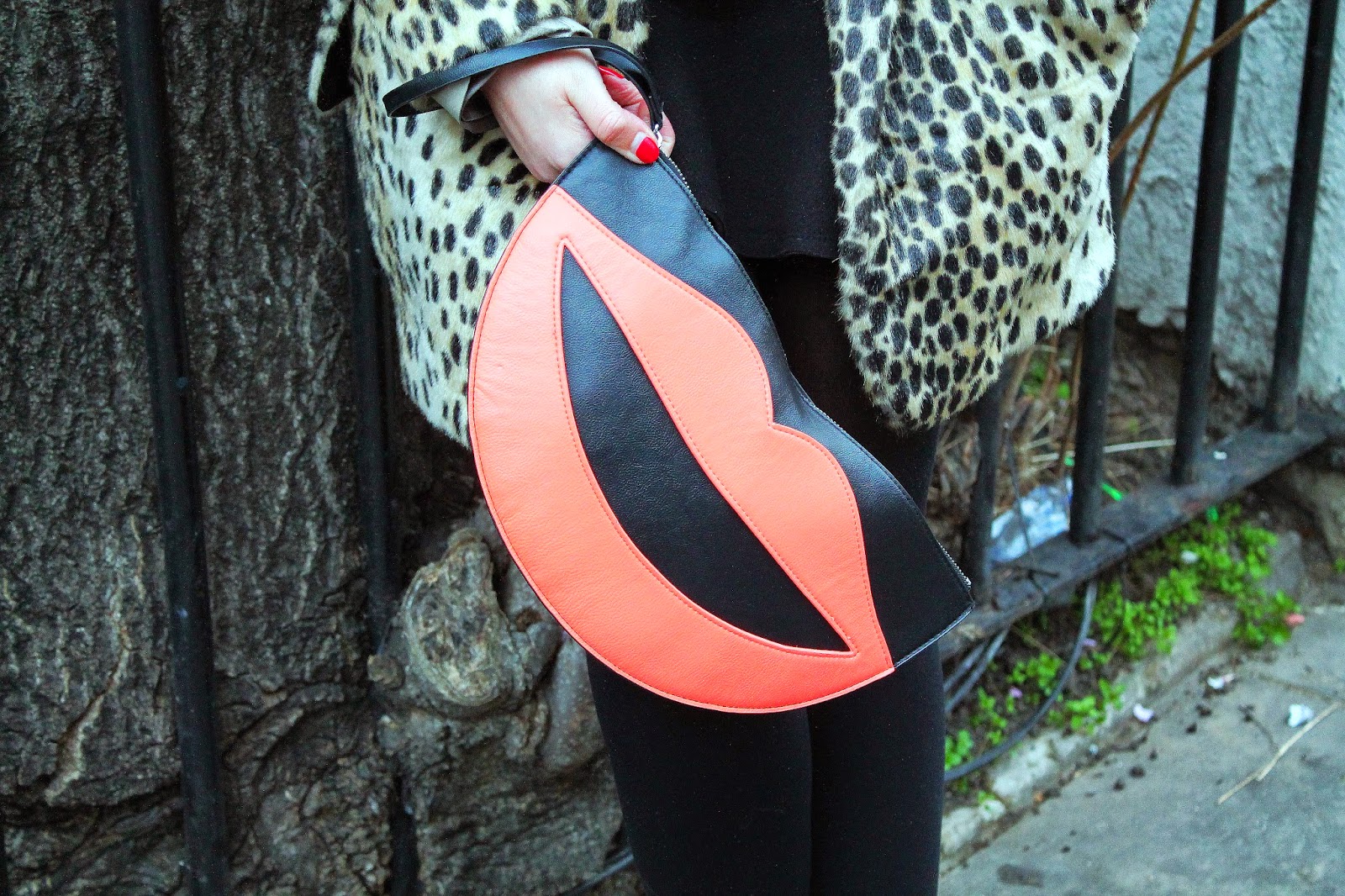 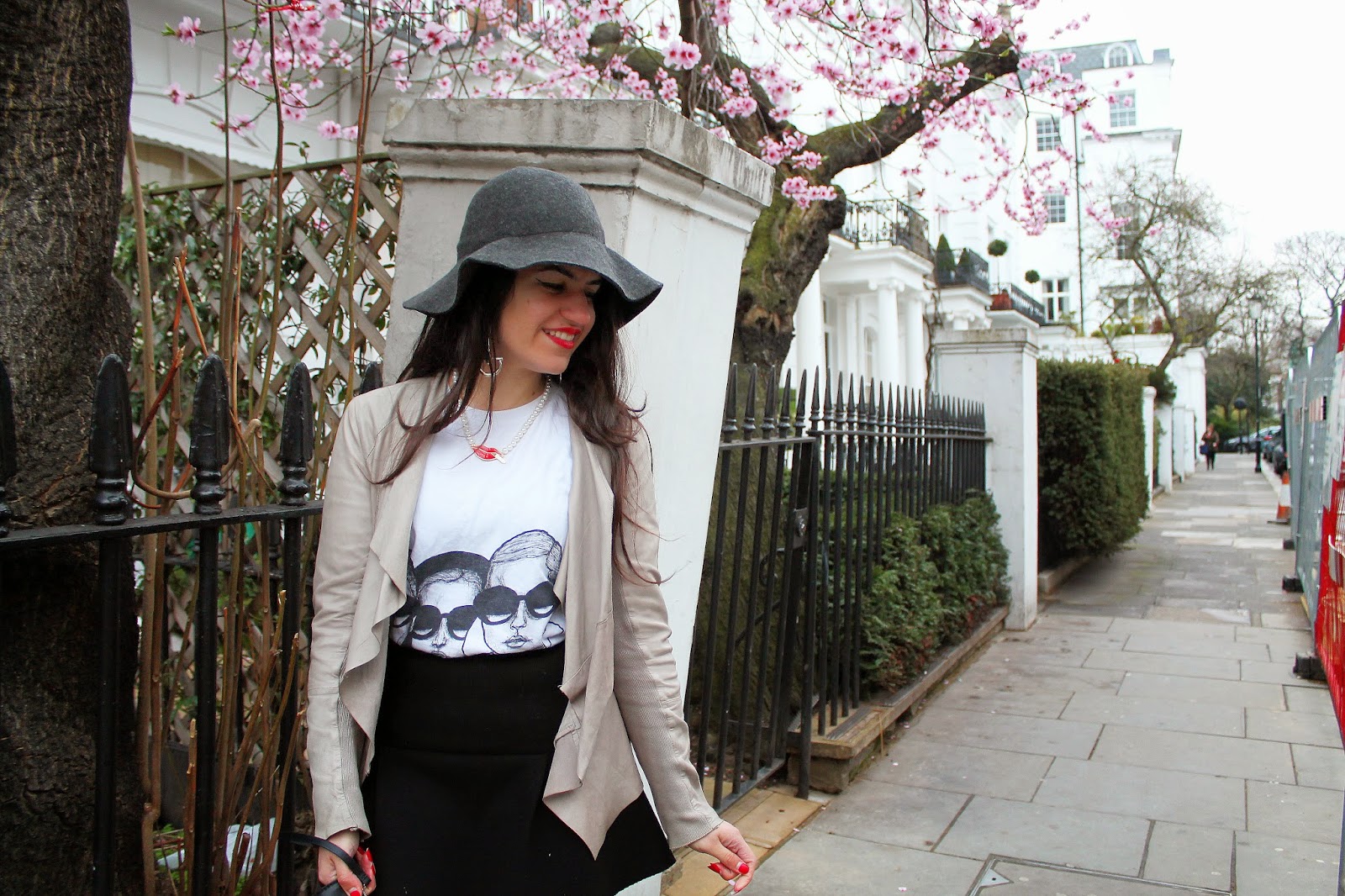 As for whatever happened to Danny Roberts… well, Instagram happened (@dannyroberts). His beautiful blog Igor + André is now integrated into his website but doesn’t seem to be that active. He hasn’t Instagrammed (Hell yeah, new verb) in over four weeks, but I’m sure he’ll be back on track soon. Trends come and go, but art lasts forever.

Photographed in South Kensington on March 15th, 2015 – pictures by Ruth.