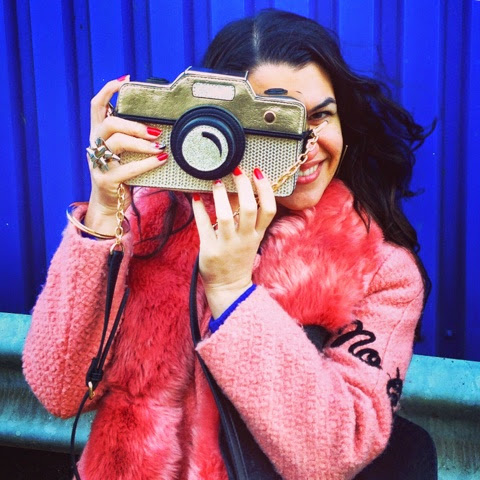 I just had to include these two pictures from my Instagram account because they sum up perfectly how I feel about this bag – it’s a camera bag! And it looks cool! I bought it on the first of January and wore it non-stop for the following days – this kind of instant obsession has now become my fail-safe method of knowing whether to keep something or not. 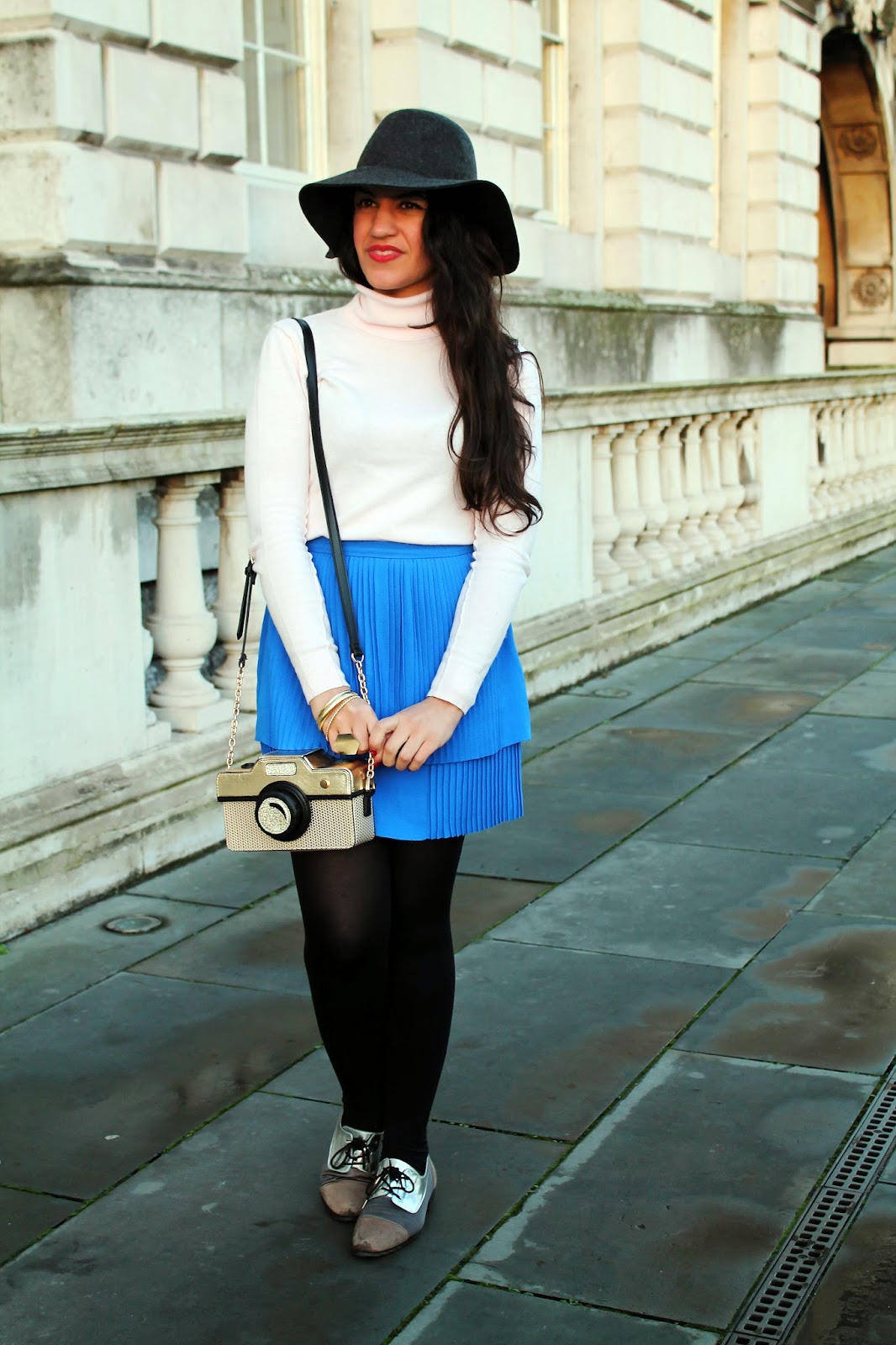 As well as wearing it the next day after buying it (that’s when the first two pictures were taken), I also took it to Somerset House to see an amazing exhibition, and I have to say this is probably my favourite outfit from January. 2014 has been the rebirth of the polo neck for me – I overdosed on them when I was a little girl (I know – weird) and after going off them for more than a decade, they quietly popped back into my life last year. As well as buying a dark bottle green one I went for this pretty in pink piece I spotted at a Reiss sample sale last summer – it’s finally come into use. As someone who is always cold and feels it in every part of my body, I am completely pro polo necks again, since I realised they can actually look stylish. 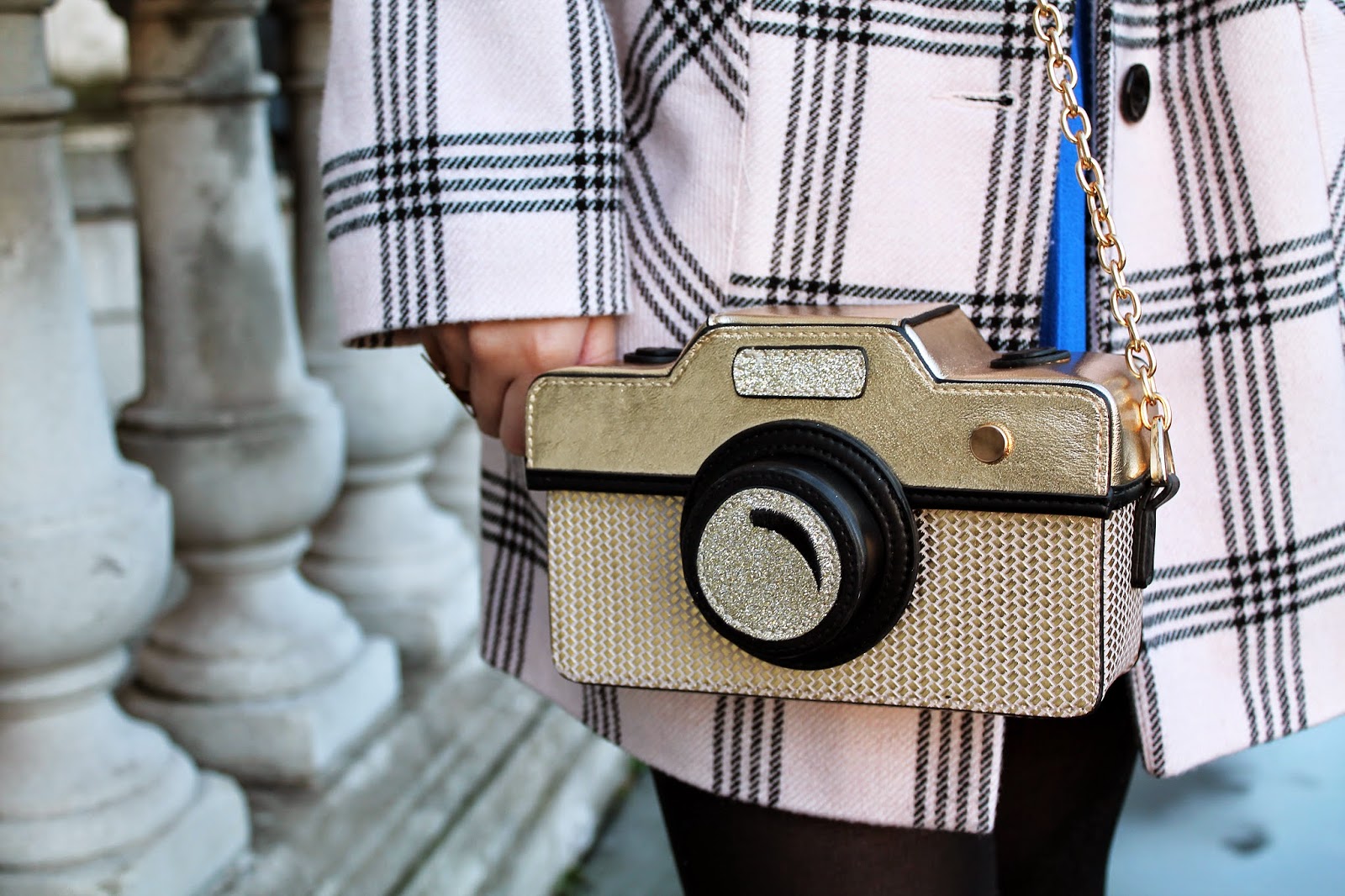 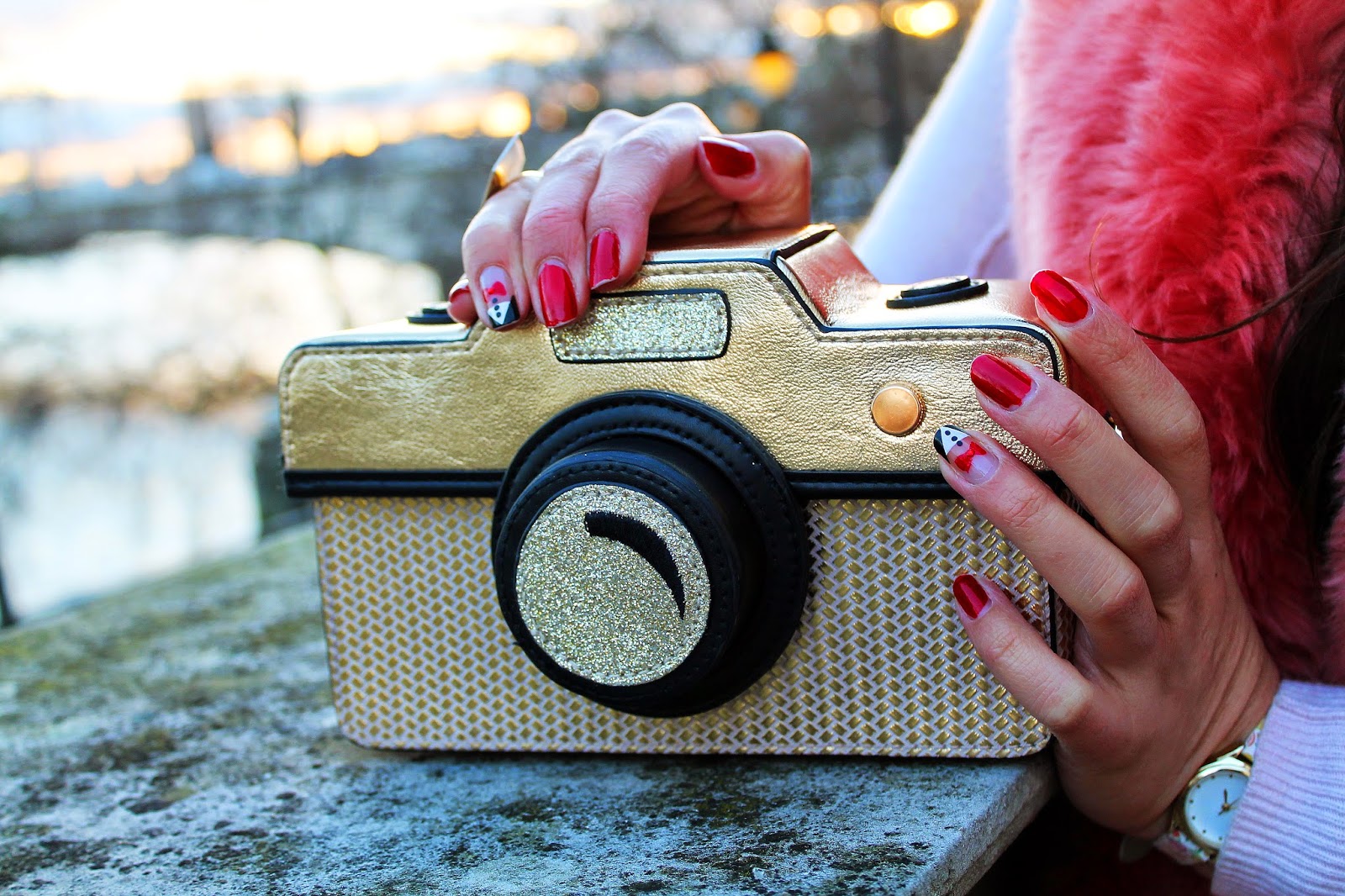 I really don’t feel there’s much to explain as to why I love this camera bag. I first spotted it over six months ago in Accessorize – what a beautiful Kate Spade rip-off, I thought. However, I was having one of my very few rational moments in 2014 and stopped myself from spending – I already had 5 million crazy-shaped bags, after all. But when I spotted it earlier this month reduced from £29.90 to £14.50, the question do I need it was no longer on my mind. 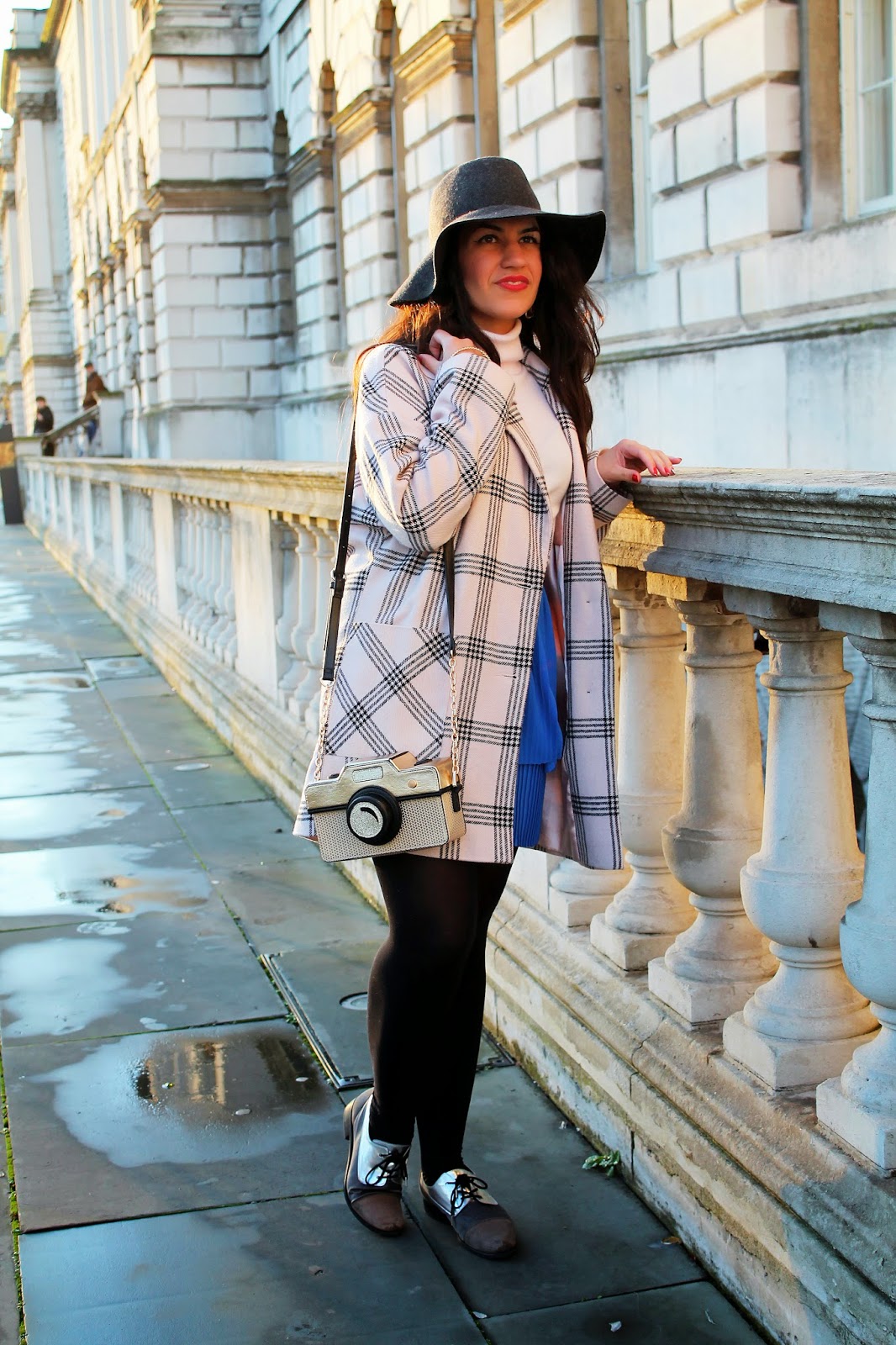 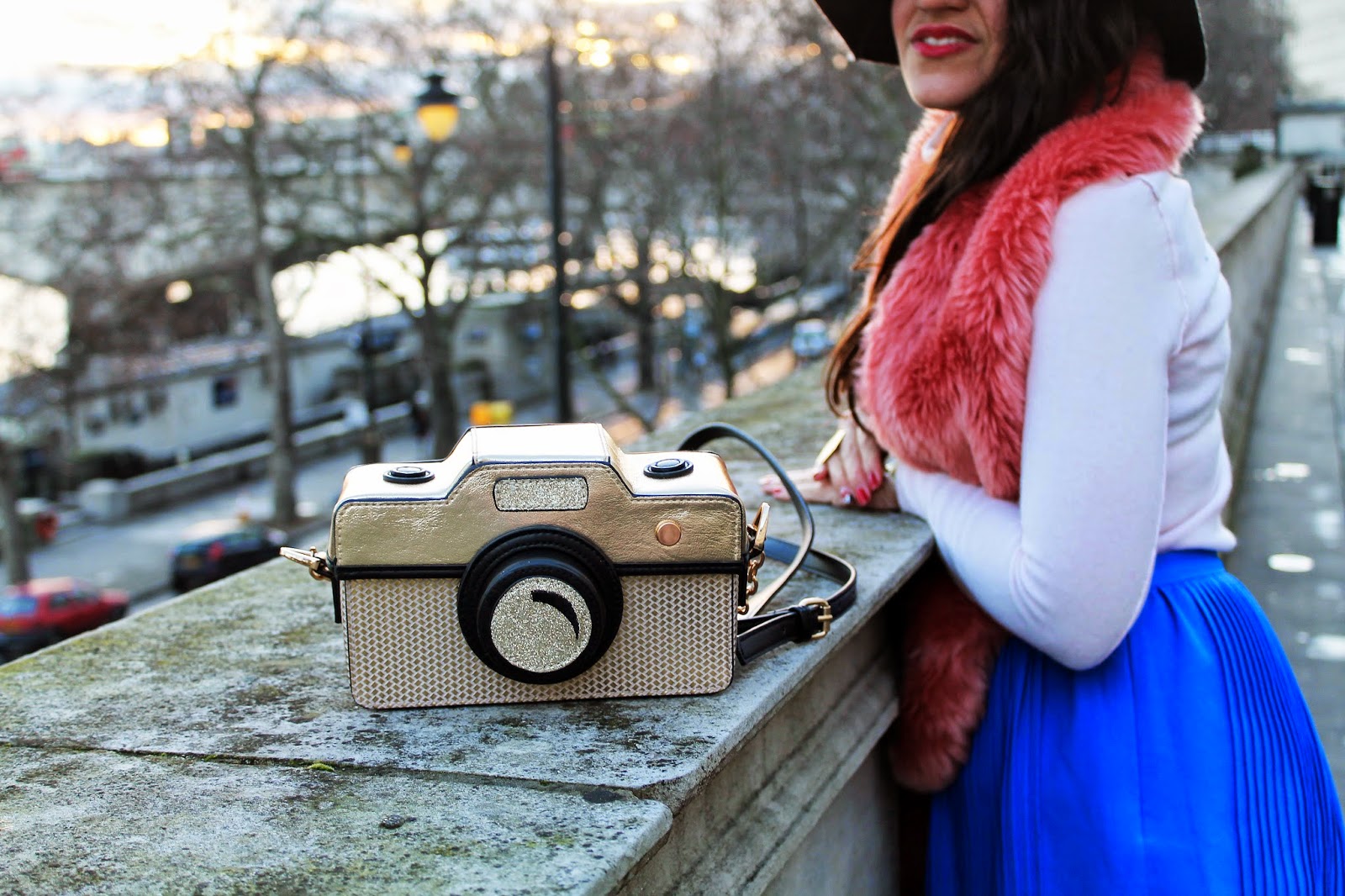 As for the size, well what can I say – I’ve become a total pro at stuffing all my essentials into small compartments. This picture from my Instagram explains it better. 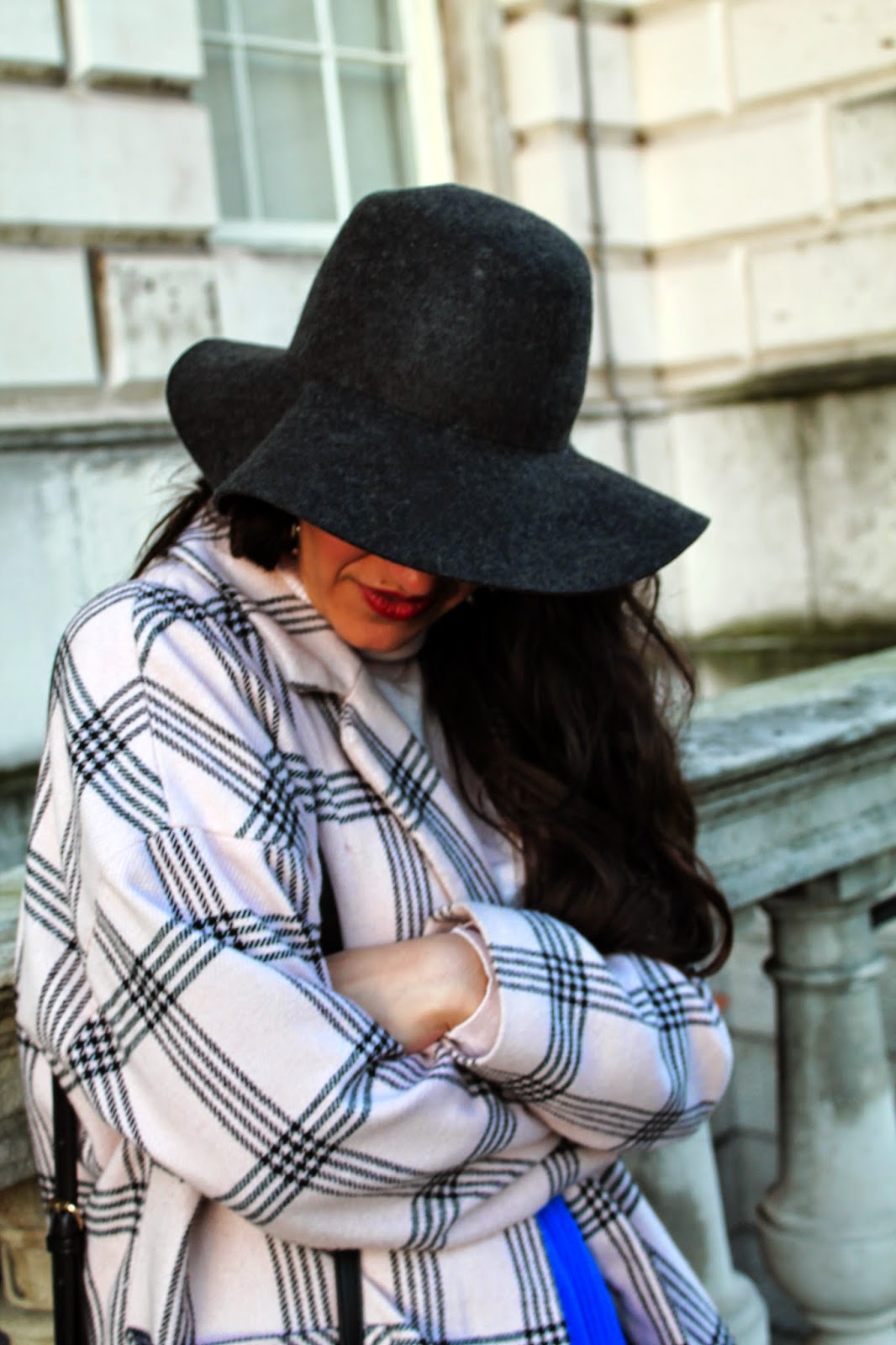 Obsession number 2: I’m like a child and a blanket when it comes to this hat, I just can’t go anywhere without it. Fear not, I haven’t been wearing it to bed but I bought it at the very end of December and have been wearing it more or less every day since then – I felt a little guilty about spending £18 on it but in the space of four weeks I already really feel like I’ve made up for its value. 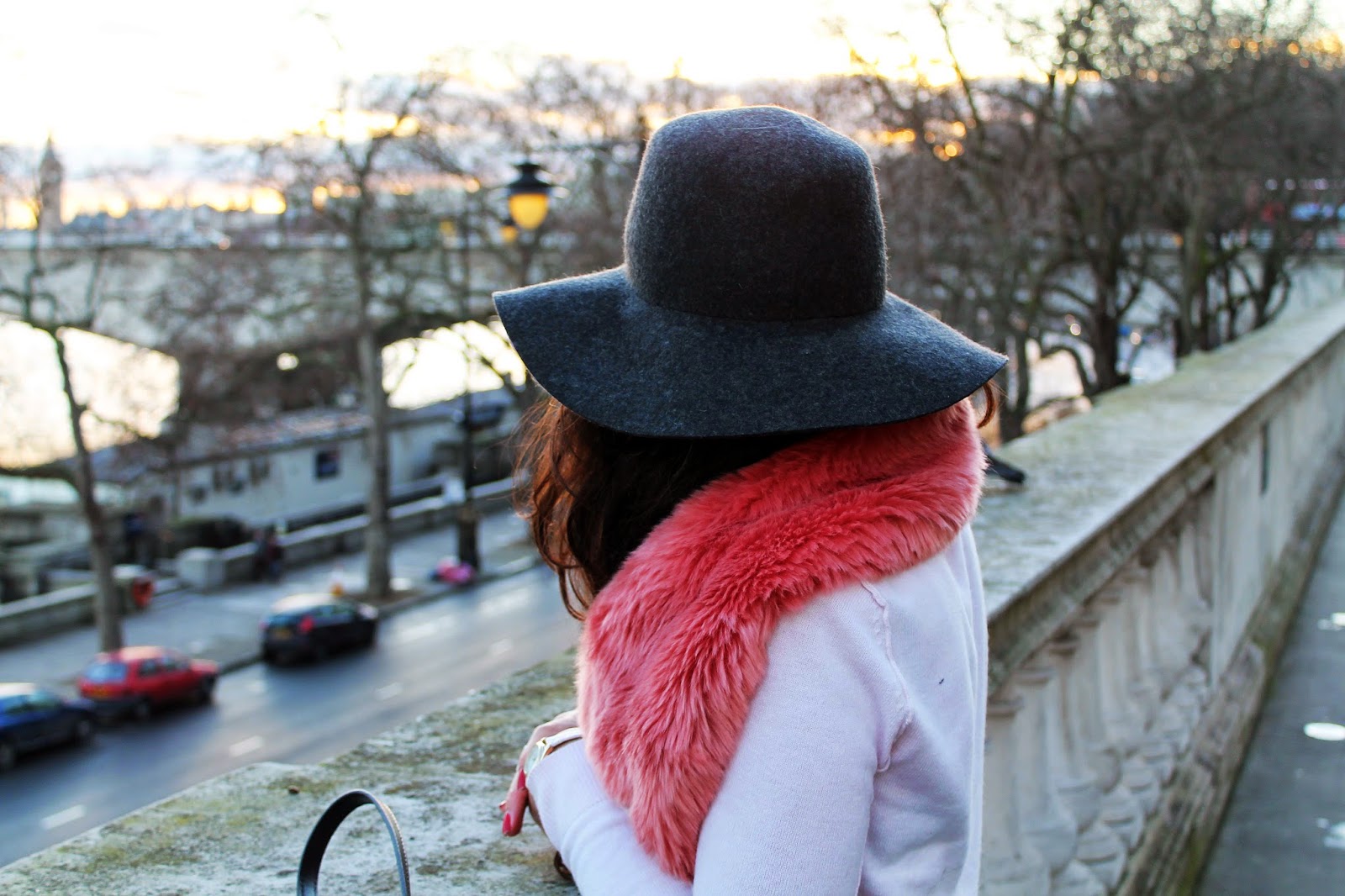 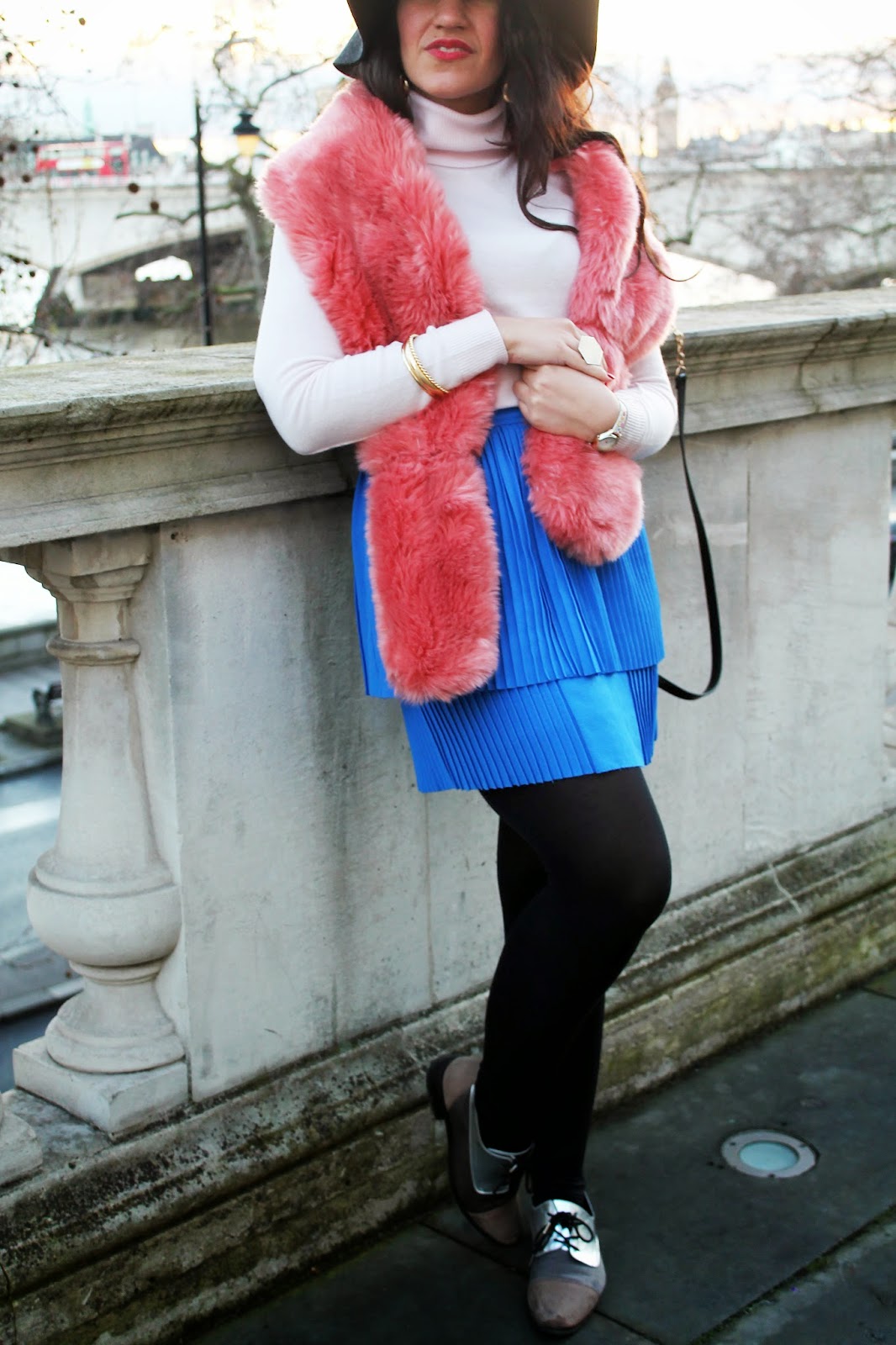 Obsession number 3: I was super charmed by this cute little faux scarf when I saw it in Miss Selfridge’s sale last month. It came in a few other colours but this blush pink shade was perfect – I love how it rather oddly matches my pink coat from the second picture. As much as I’d love to think that there are blush pink foxes in this world, I’m pretty happy no pink fox was harmed during the making of this scarf. 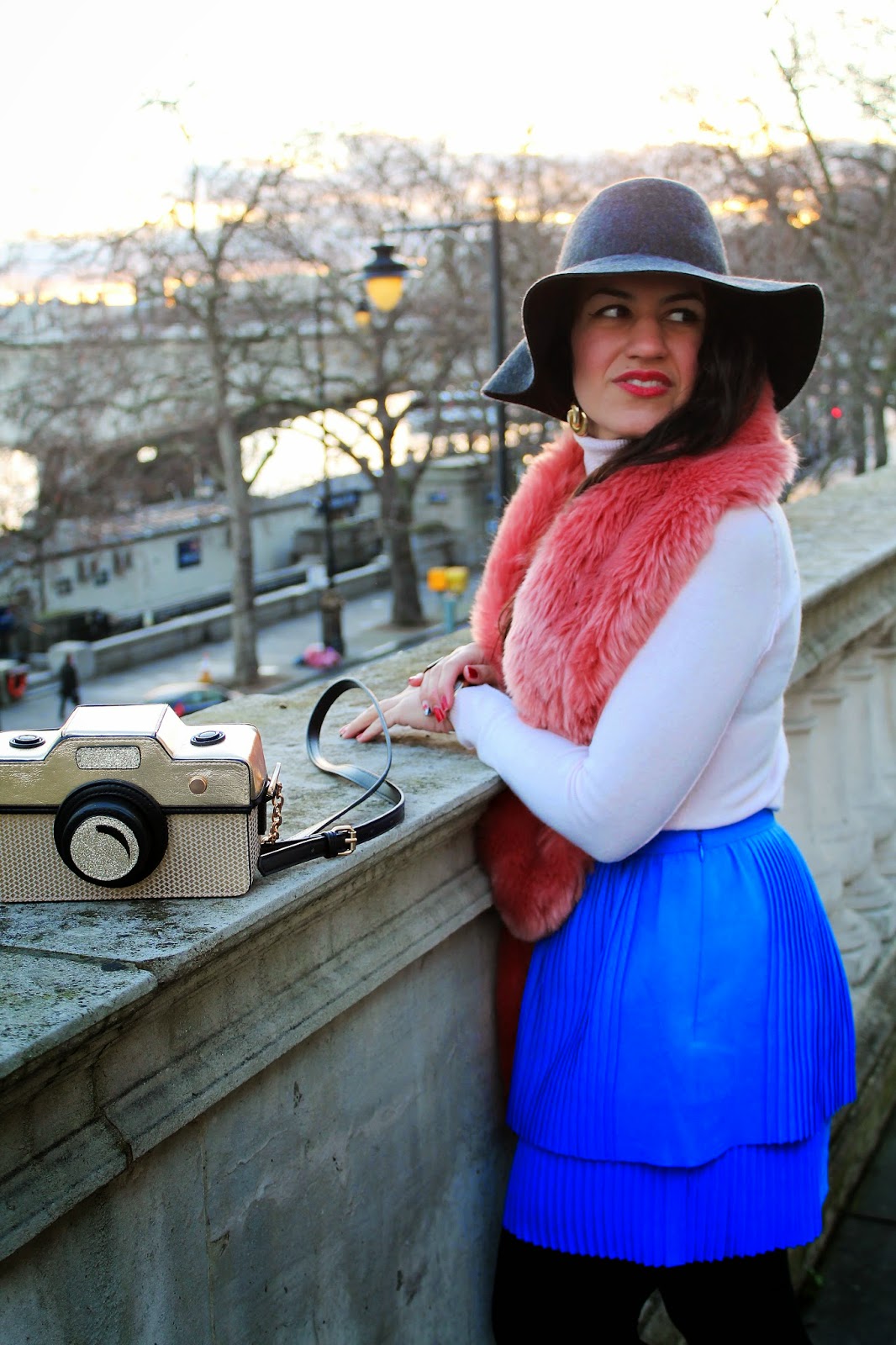 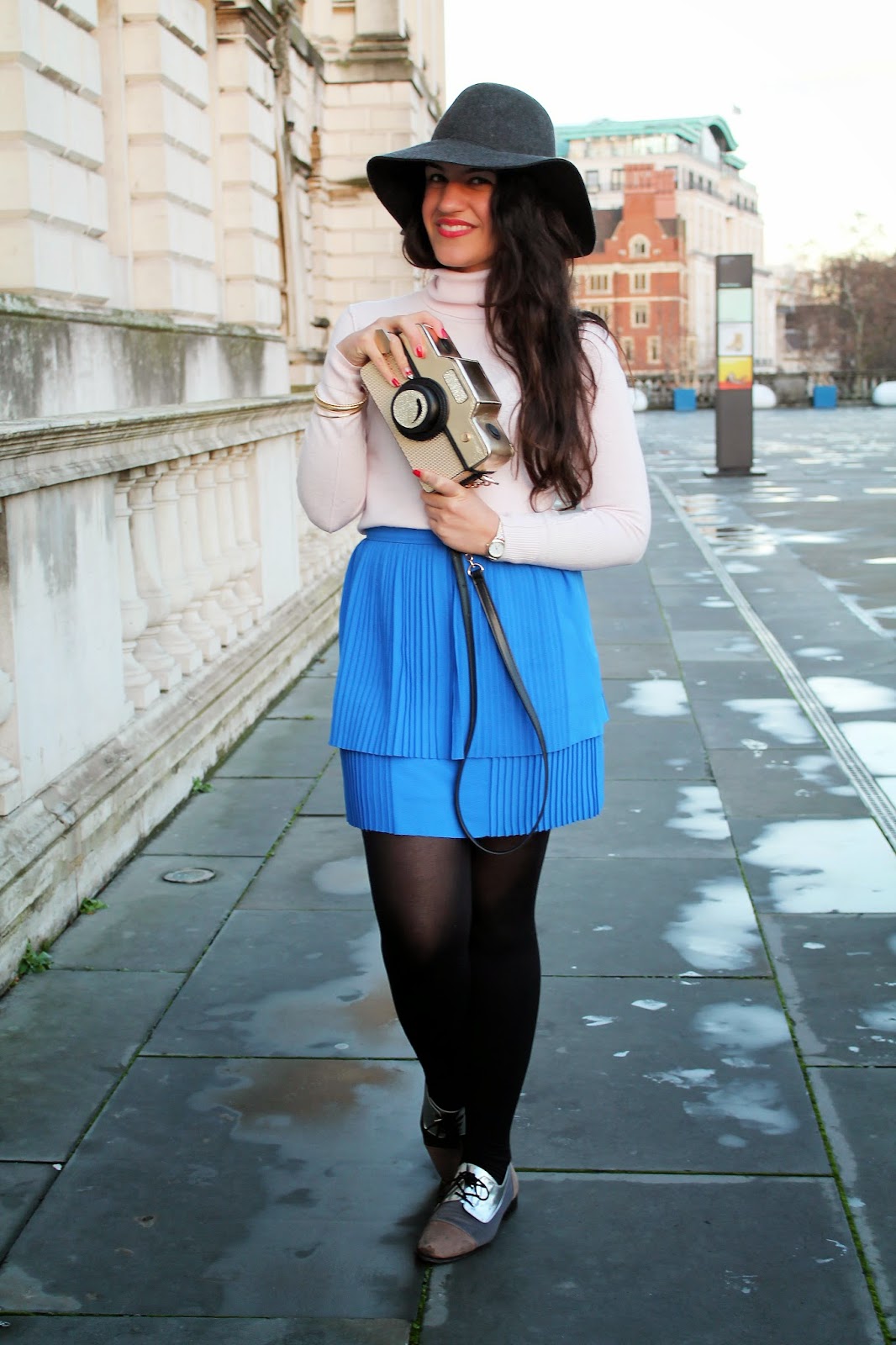 These three pieces are three of the latest additions to my wardrobe, and I love them all to bits. Wearing lots of things that I love really does make a difference! Also, I’d never realised how picturesque Somerset House can be on an early winter evening. My next post will be about the exhibition we went to see that day – one of the best I’ve seen in a long time.