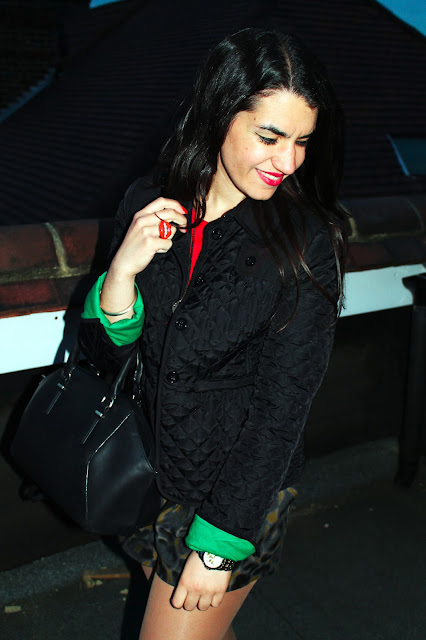 Me in a quilted jacket – that’s a rather big deal. It’s almost as big of a deal when I’m wearing trousers, or having a Longchamp. I never thought I would become the owner of a quilted jacket in my adult life, and there are two reasons for this. The first one being that I associate quilted jackets with a lot of things that I can’t relate to in any way. The Queen. Balmoral. Posh people. Old people. People who live in the country. People who live in The Cotswolds. All in all, I find the quilted jacket to be a symbol of snobby people. More cash than dash, not fashionable in the slightest. So what happened? I got brainwashed, that’s what happened. 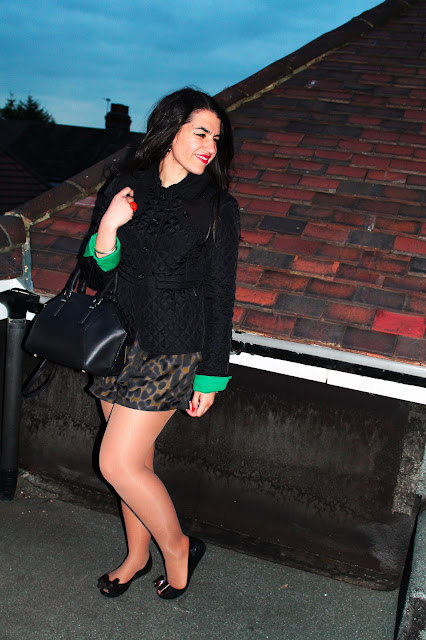 Working at a company like Hobbs, in which you’re surrounded by quilted jackets every single day, has its consequences. Seeing them in (plenty of) other shops as well definitely had an impact on me. I began to understand their appeal, their elegance, their versatility. I began to like them – and I felt horrified by this feeling. Nevertheless, whenever I would try them I felt they looked terrible on me (or I looked terrible in them), and getting one was out of the question – until two weeks ago. 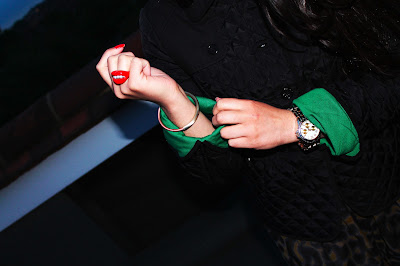 When I spotted this one at the sample sale for a super purse-friendly price I couldn’t resist. I simply find it cute. Not snobby, not oldish, just plain cute. I love the green cuffs, the fact that it’s got buttons instead of a zip and essentially everything about it. Am I ashamed? Well, just a little perhaps. I wore it for the second time last Monday and still couldn’t quite believe that I was wearing a quilted jacket. It wasn’t a bad feeling though, lately I’ve really been enjoying trying new things that I wouldn’t normally go for. 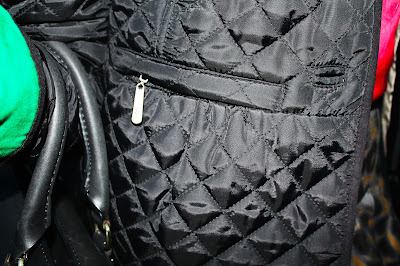 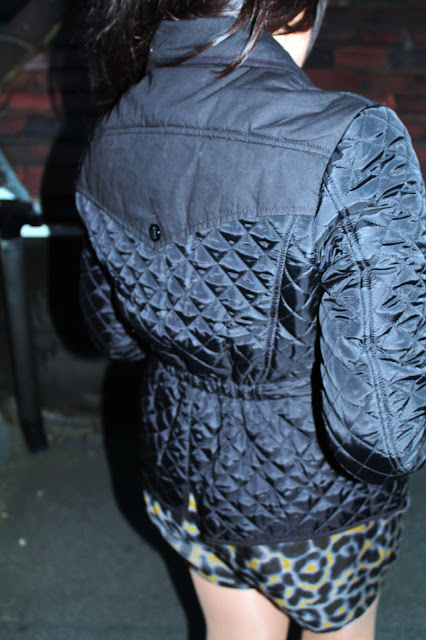 The second reason why I never thought I would get a quilted jacket is because I had one as a child. It was a mustard one, and thinking about it now still makes me cringe. I can’t remember why but I ended up hating it and disowning it – and by that I mean that my mum kept it in her wardrobe for sentimental value. It might still be there… 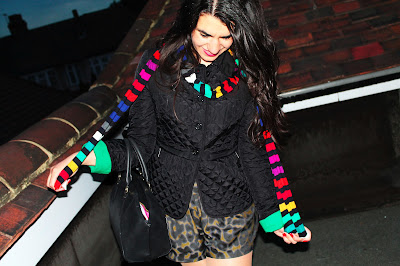 Wow, check out that leopard vs. stripes print clash – I wouldn’t normally do it but I really wanted to wear this scarf… I feel it works well with the jacket, non? When I bought these two items I didn’t think I’d actually be using them before September. Oh, how innocent of me to believe that – they both came into perfect use last Sunday and Monday. Considering the quilted jacket is very warm and that people use this type of outerwear during winter, that’s pretty terrible. Oh well, maybe I’m just one of those people who feel the cold twice as much as other normal people! I did feel like it had to come off when I was indoors, so it’s not all bad… I can’t say I’m looking forward to autumn and winter as such but I’m excited about wearing this baby when it does get truly chilly. In fact, I was more than happy to wear it the other day but I think I should put it aside for later on and somehow force my body to switch to summer mode!