I could have worn my Jaeger blazer to really make a point – but it’s pretty much impossible for me not to bring mint into the equation when there’s a lot of pink on view. In any case, I’d sort of forgotten how much I love pink – in all of its shades.

Wearing just one colour in various shades is a skill – whenever I see someone do it I truly feel admiration for them, the result is often super chic. Chicness, however, doesn’t come easily to me (I’m more of a quirk), so I can’t say this outfit was accidental as such. Not that I spent two hours deciding though… 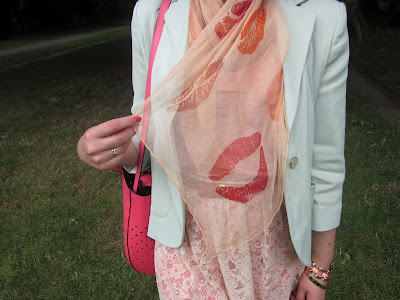 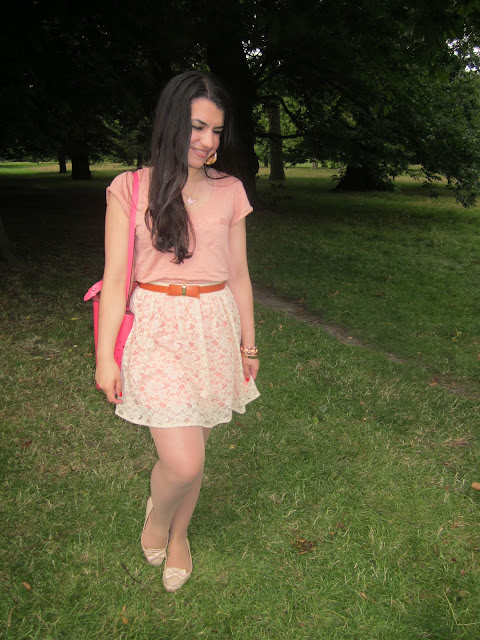 It was this skirt that prompted the mono look. I can’t say I bought it because of its practicality. It’s pretty much the opposite of practical – I haven’t got a pile of things in my wardrobe that go with it, but it’s so damn beautiful and worth all the trouble. Lace is just so girlie and sexy – why I don’t have more of it is a mystery – and I love this skirt’s subtle shot of hot pink. It does have quite a summery vibe but I do hope I can make it work for winter (I really don’t like separating my wardrobe into seasons). 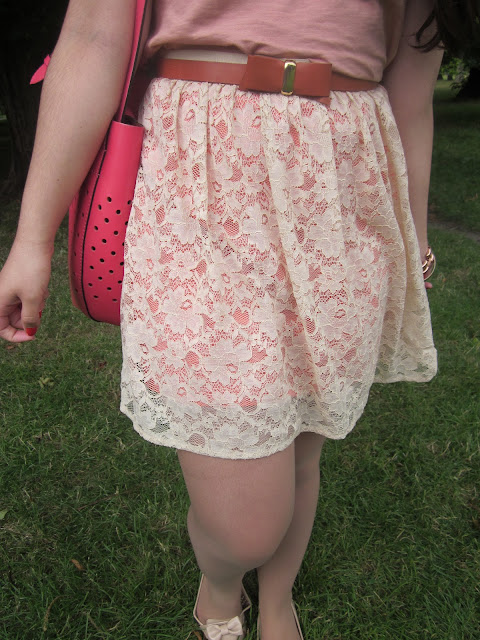 I bought it from a Spanish chain called Promod (which I don’t think is stocked in the UK) while I was in Paris – it was in the sale and the size is essentially equivalent to a UK size 10. I’m not sure if it was designed to be worn on the waist, but that’s normally how I like to wear my skirts, so a belt is in need. I got this belt from Zara over a year ago and I’ve barely worn it – but I think I’ve finally found the perfect match for it. 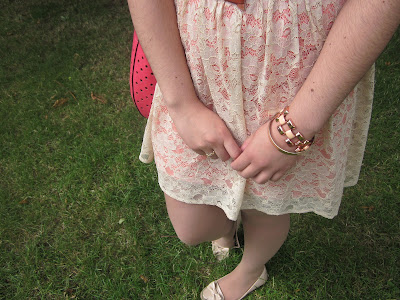 Does the pink gold, watch-like H&M bracelet enhance the outfit’s overall pinkness? I’d never given pink gold much thought, only to realise that I absolutely love its femininity and prettiness. 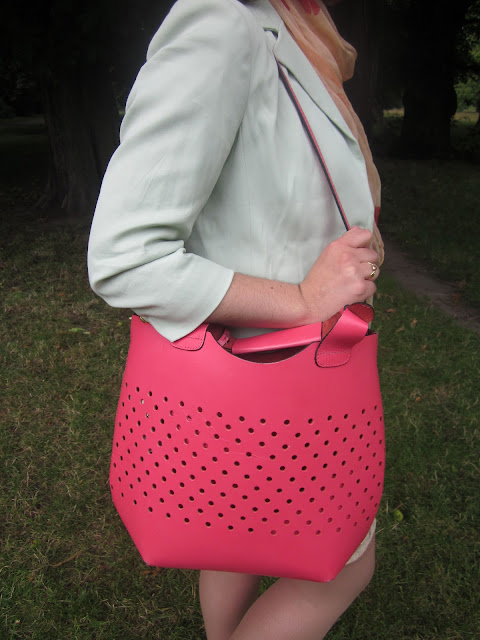 Do you like Zara’s It bag? Like River Island’s circa 2007 black quilted bag, Zara too made a high-street It bag for the masses. I’ve lost track of the number of people I’ve seen wearing the classic tan version. I fell for the hole-punched, watermelon shade and waited impatiently for it to go into the summer sale. It didn’t go down by much, and whilst it’s probably the priciest bag I’ve bought this year, I love it to bits and hope that it will last, thanks to its buffalo leather nature. 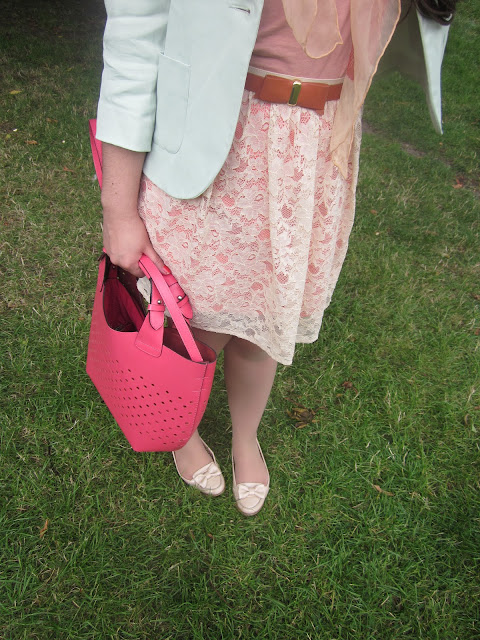 This outfit reminds me of one of my other looks from this summer. The jacket (which I got at the end of last summer) is super similar to my NW3 jacket – in many ways I really couldn’t justify getting the latter, only that it’s linen and a bargain at £10. 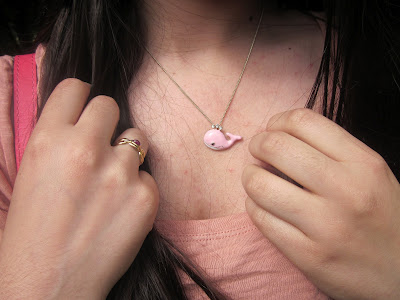 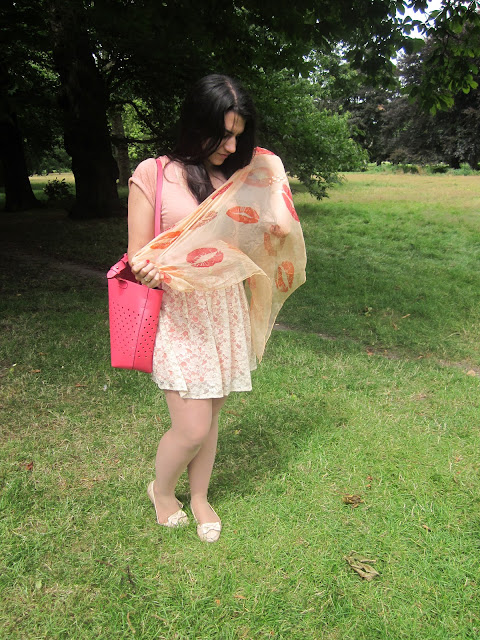 The finishing touch! What better way to sum up my pink look with a silk scarf that really does seem to have about 50 shades of pink? As a slave to all things girlie I couldn’t resist the kissed print, it’s the perfect balance between quirky and chic. 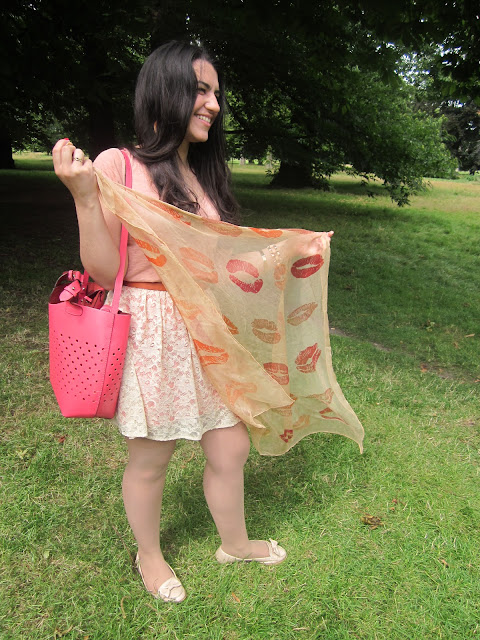 As I write this, it is pouring rain on the streets of London like it hasn’t in a very long time. I’m feeling a little blue as it’s definitely the end of the summer, which means no more nude tights, easy flats and pastel colours (Let’s face it, pastels were made for summer). I’ve got a few more (very) summery outfit looks in my pictures folder – after that it’s back to layers and darkness… in a good way.