(A sequel to this and this.)

OK, so the dog thing is getting pretty serious now – in addition to my Zara shirt and Primark top, I now have this dress to reinforce my canine obsession. 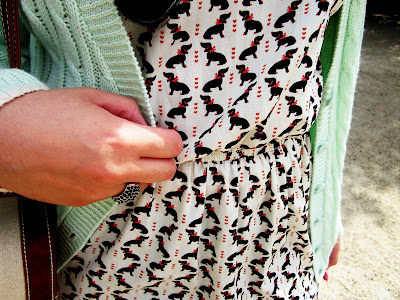 However, I have to admit that whilst I found the print no less than adorable, it was the design and soft fabric that truly won me over. I was actually a little torn between this dress and the same design but with a flamingo print instead! I decided to go for this one because I preferred the colour scheme (the other one was too dark, despite having pink flamingos). I bought it about two months ago and have worn it loads already – I’m pretty attached! It’s the ideal summer dress, one of those super light and super easy to throw on pieces. 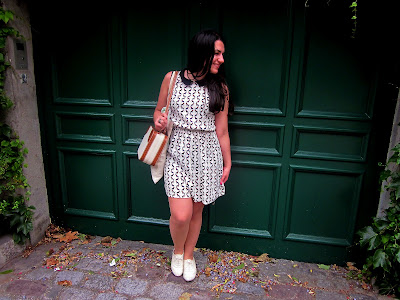 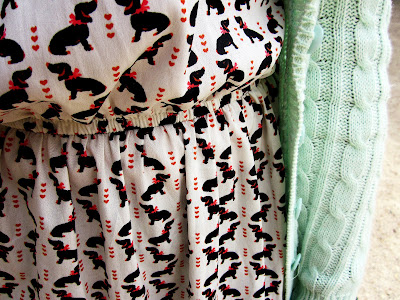 I was doing my usual tour in Primark the other day only to find that there’s now an adorable shirt version of this dress! Tempted, moi? Too much so. The only thing is, I’m still trying to figure out what kind of dog it is – it sort of looks like a sausage dog that’s sitting. Any suggestions? 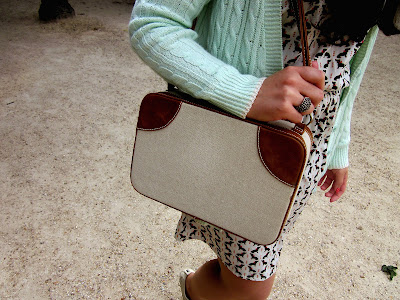 This bag might be very easy on the eye (its suitcase style is just so blog-worthy) but, sadly, it’s the most annoying bag ever. I took it with me to Paris (where these pics were taken), and opening and closing it was torture. That doesn’t mean I’m going to stop using it, but I definitely won’t be taking it on holiday with me again. 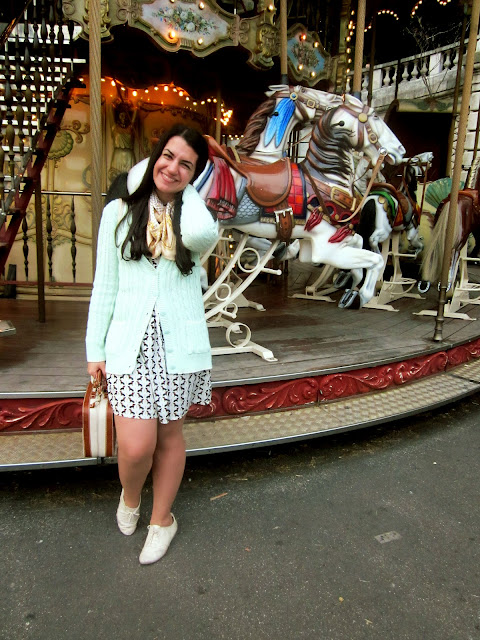 And I just thought I’d throw in some completely gratuitous pictures of me by a merry-go-round – that big fat cheesy grin you see is the result of being in Paris and seeing a carousel. As well as the doggy print dress of course.