Yep, it’s a pyjama jacket alright. Or at least that’s how ASOS was referring to this statement piece. However, as much as I love the pyjama trend, I wasn’t really hoping to put the nightwear as outerwear look to test. I just came to the realization that I wanted – needed, in fact – a print jacket in my life. It dawned on me that even though I had one too many blazers and jackets in my wardrobe, none of them had any form of print (apart from a few of them having modest details on the rolled-up bits). And with so many appealing prints popping up on the high-street and a newfound appreciation for all things printed, I felt I was ready for my first print jacket. 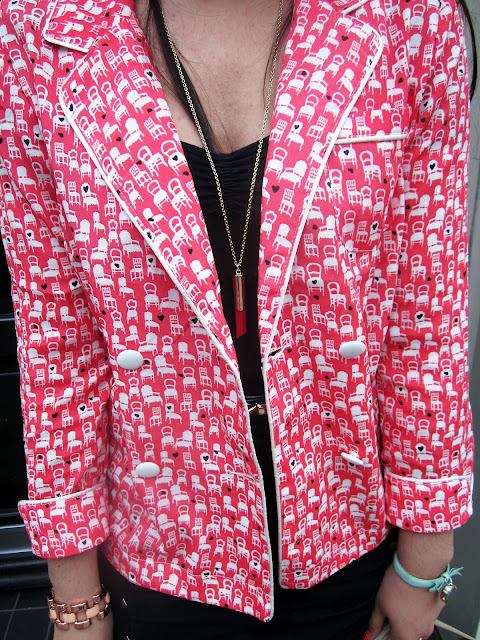 Since this was virgin territory for me I didn’t want to spend too much, and fell in love with this print the minute I laid eyes on it. At about 17 pounds, I felt it was a pretty good deal. 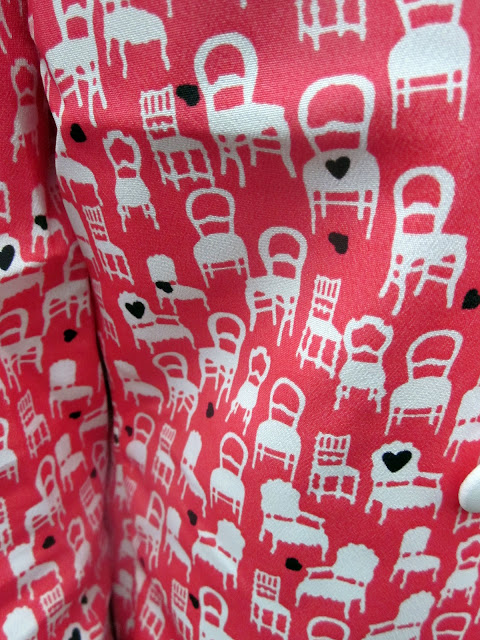 I love the print so much! I find it pretty unusual, super girlie and utterly random. A pink background with white chairs and black hearts? It shouldn’t work but for some reason it really does! Speaking of prints, does this fall into the conversational print category? Moreover, what is a conversational print? Here’s a definition I found on, erm, Lauren Conrad’s blog: By definition, conversational
prints are classified as any print with a recognizable picture in it,
such as cats, birds, stars or even pies! If Lauren says so… although I’d like to know what Whitney Port has to say on the matter. 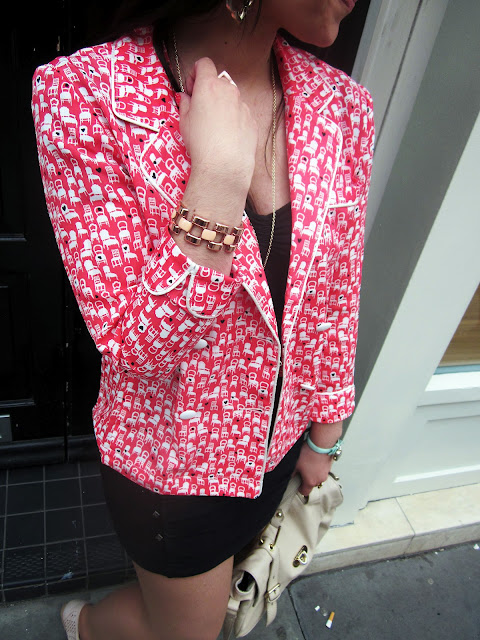 Any cons? Well, it’s the problem any normal girl faces with a statement print: the how to part. I find this print quite tricky, so for its first outing I opted for an easy option – the all-in-black look, which serves as a blank (or should I say black?) canvas and lets the jacket do the talking. 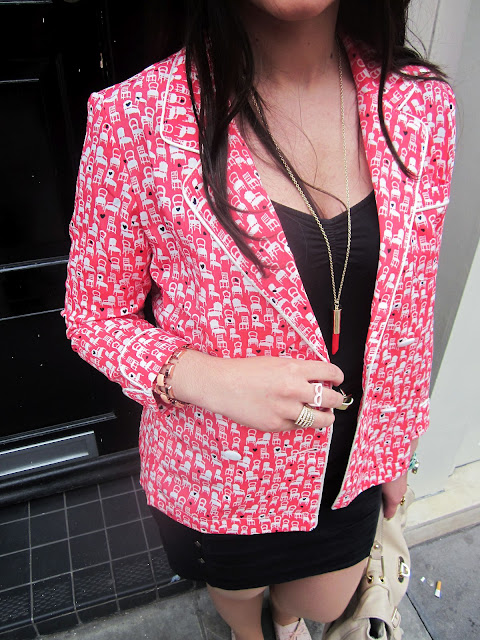 The print might be loud but that didn’t stop me from doing a jewellery mash-up. While at heart I’m a true matchy-matchy girl, sometimes – such as with this look – the crazy chick who likes to pile on as many rocks as possible comes out, for better or for worse. A lipstick necklace, chunky bracelet, glasses ring… less is definitely a bore. 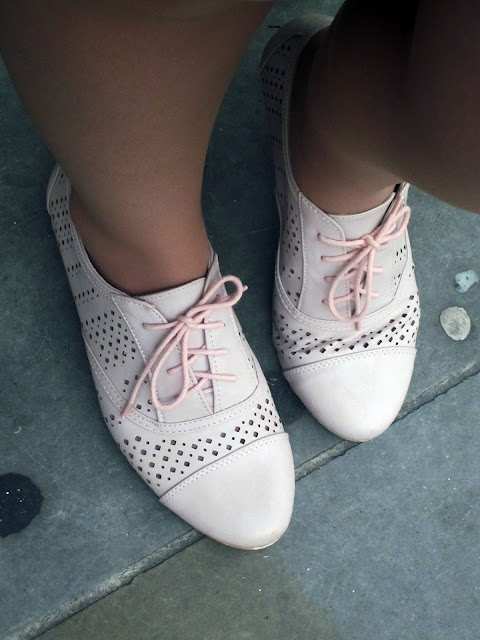 Now what’s a cool jacket without a cool pair of brogues? (Question need not be answered) 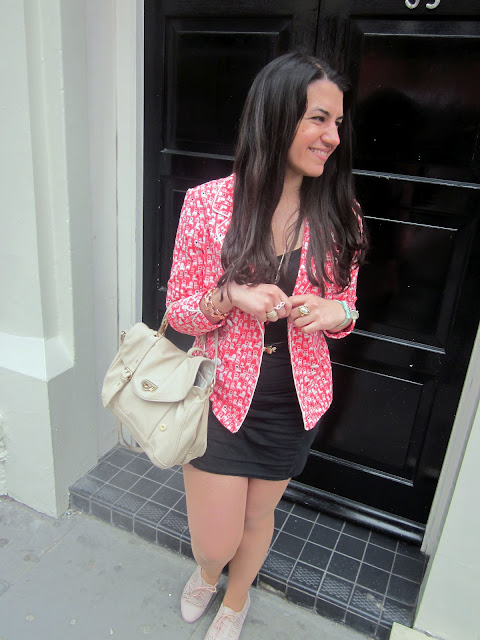 These pictures were taken all the way back in June – soooo long ago by good blogger standards – just before the weather in London got super crappy. It’s a super light jacket so will only do its job when the temperatures are looking rather high. Thankfully, rumour has it it’ll be getting hot in London this August, so fingers crossed my print jacket will be seeing the light again soon.