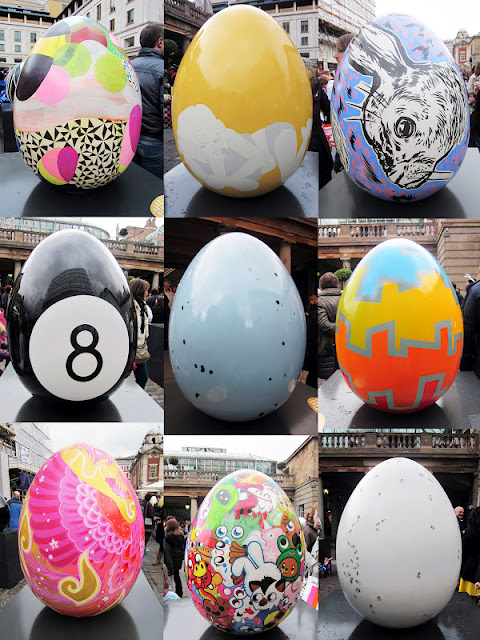 If any of you live or have been in London within the last six weeks or so, you might have come across one of these beauties in some part of the city, and wondered what the heck it was all about. The Big Egg Hunt was a project organised by the two charities Elephant Family and Action for Children along with design label Fabergé’s support. The deal? A pretty unique egg hunt across central London – all the eggs were eventually auctioned, raising money for the causes.

It turns out there were more than 200 eggs customized by various artists,
designers, architects and jewellers.Whilst I did manage a few ‘huntings’ (damn you, real life, for always getting in the way of fun stuff), I ended up ‘cheating’ and photographing most of them when they were all eventually put on display in Covent Garden. 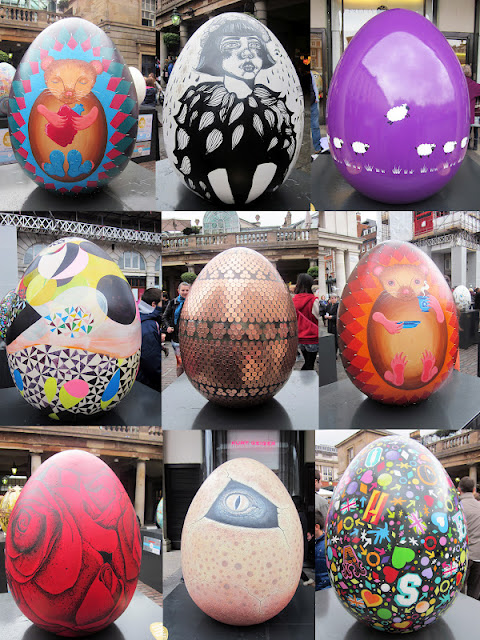 Crazy, obsessive me took over 100 pictures, and boy, how I wish I could
have figured out a super-effective, not-extremely-weird way to put every single one of them on my blog. Instead, I’ve opted for the saner, much more difficult choice of having to choose a few. 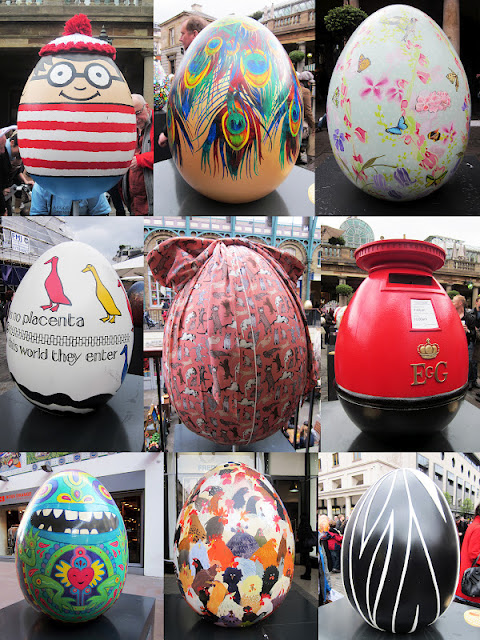 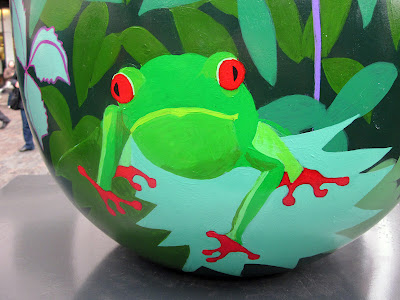 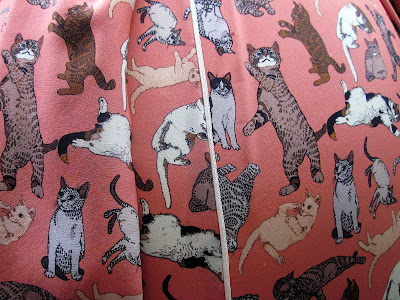 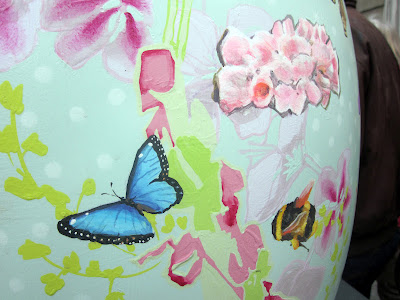 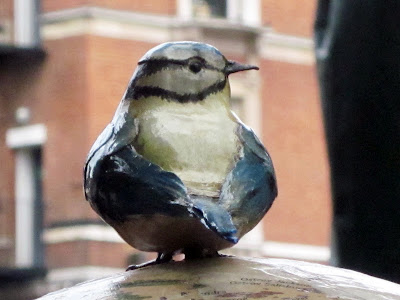 The pictures speak for themselves, but I do have to say that I found this event amazing. The eggs are lovely and they definitely added a unique, fun touch to the city. I do wish I could have searched thoroughly for all of them, but spotting, just by chance, one or two here and there was always a nice surprise. Plus, it’s exciting to see all the creativity, imagination and passion there is out there, as well as the endless possibilities there are when it comes to decorating something as simple as an egg.

And to finish off, I couldn’t choose just one egg as my favourite – that would be impossible, really – but there was something about this piece that made me especially fond of it.

It’s probably the overall simplicity and chic vibe – the lips are a big plus too. I also like the message – so simple yet direct and true in many ways. I feel it sort of ties in with the idea and the charities behind this project: “Eggs are a universally recognised symbol of new life, a fresh start and
hope for the future – the bedrock of both the charities’ missions.” 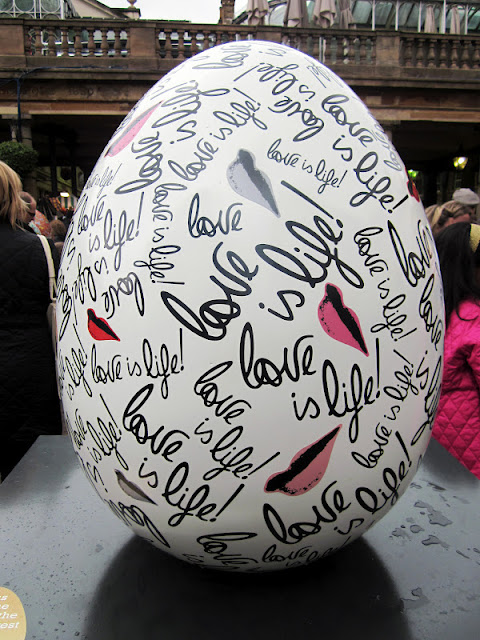 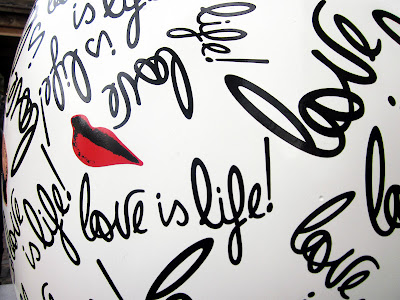 Don’t be surprised if this post gets a sequel…