It’s really just another love at first sight story: from the moment I laid eyes on this bag, I couldn’t get it out of my head. I knew it would make a perfect addition and final touch, let’s say, to my neutral fetish. Sure, I have my fake Alexa, my Zara bag and my FC satchel, all very neutral indeed, but there was just something about this one that felt so right. Was it the patent effect? The lady-like, easy-chic shape? Yes, it was all of that, but it was especially that shade of cream that got to me. So elegant, so classy. So neutral…

When I first saw it, my designer copy sirens started ringing – I thought it was inspired by a Louis Vuitton model. But after having sharpened my trend watching, I realized it’s really just a rather exact copy of the bags from the brand Paul’s Boutique. It came in a coral pink and turquoise green, but the cream shade was always the one. 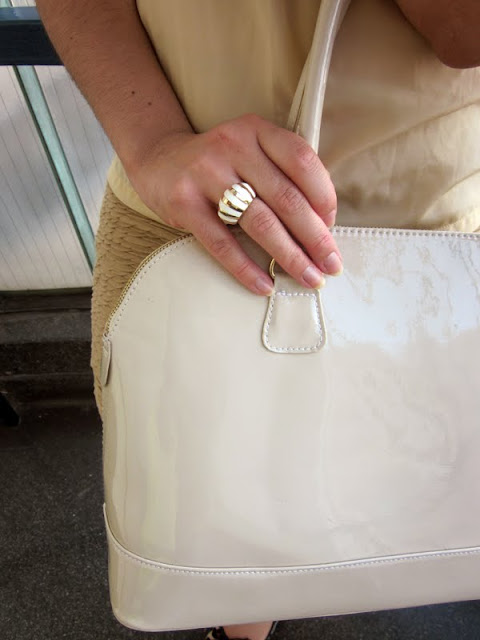 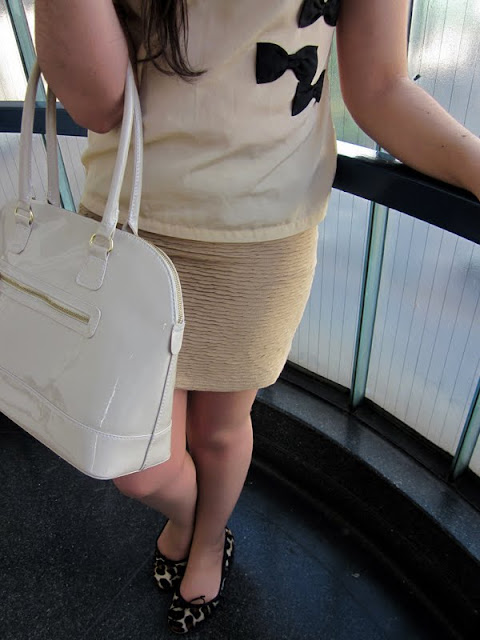 Unsurprisingly, it’s turned into a bit of a plague – everywhere I look, I see it. But then what can I expect – that’s what Primark is all about. I could try customizing it – it came with an unsightly key ring, which I removed at the speed of light. Perhaps a nice keyring is in order? 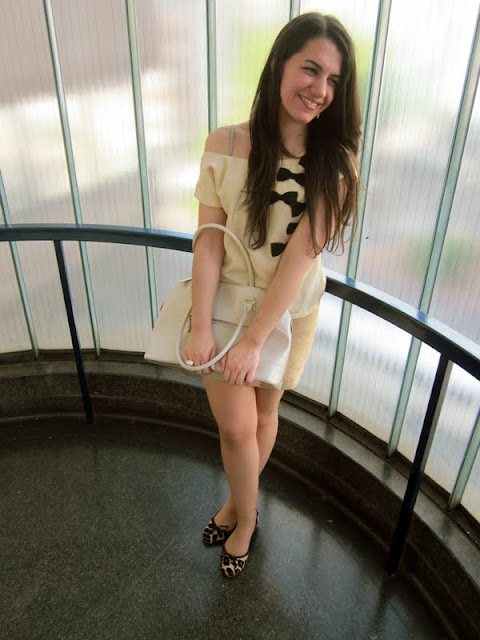 To celebrate its neutrality (and my overall neutral obsession), I matched it with an equally neutral outfit. Here are some details, which I hope added a little sparkle to a pretty peaceful (nice synonym for boring?) look… 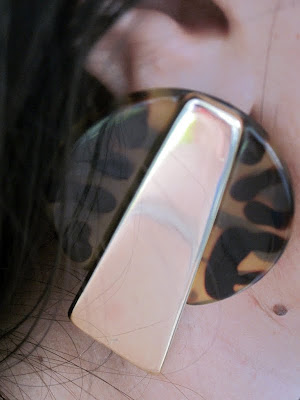 My tortoiseshell earrings – which match perfectly with camel and beige tones, me thinks. 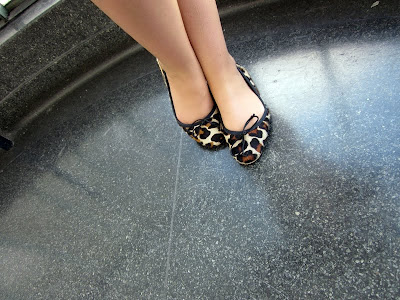 My leopard print flats – just what one needs to liven up neutrality.

What can I say, this bag is almost perfect. If it had studs on the bottom, now that would be perfection. Also, the fact that it’s been mass-produced does make it less romantic than it looks. But hey, isn’t perfect boring?