Oh how naive I was a few weeks ago to think that I wouldn’t be needing my scarves anymore! But the weather in London was actually being consistent, and I think a lot of us were hoping that that was it: it was going to be sunny for a very long time, maybe even forever… Fast-forward four weeks and it’s not only scarves that are needed, but umbrellas too. Oh well, this is London after all… not that I’m complaining, I know the sun will be back soon. In the meantime, I’ll just reminisce a little – these pictures were taken at the end of April, just when the temperatures went down a bit and it wasn’t quite as warm as the beginning of the month. Having to put on my scarf came as a bit of a surprise, but I’m more than happy to deal with a little breeze so long as it’s a sunny day. 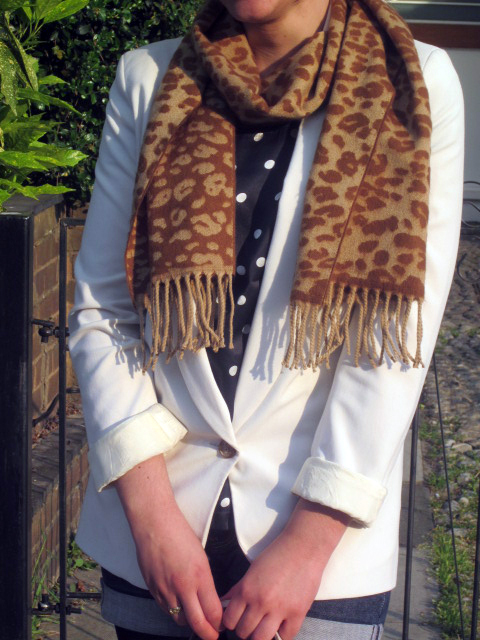 I spotted this scarf about two months ago in the sale section at Urban Outfitters, and couldn’t resist. There’s just something about leopard print scarves, isn’t there? I didn’t think I’d be getting quite so much use out of it before winter, but it’s super easy to match and pretty as hell (I might be moving on to silk scarves soon though). 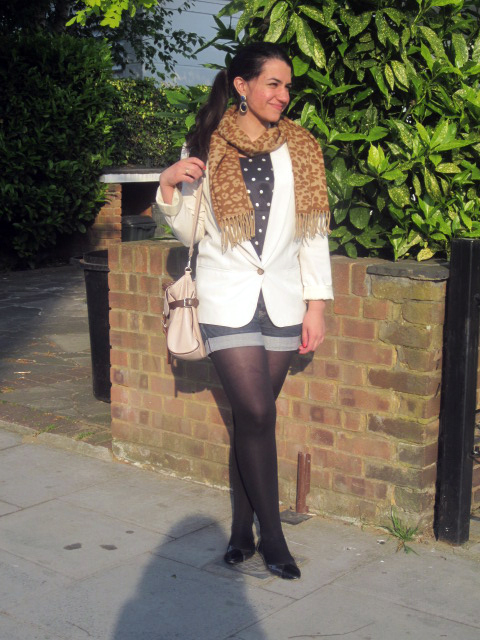 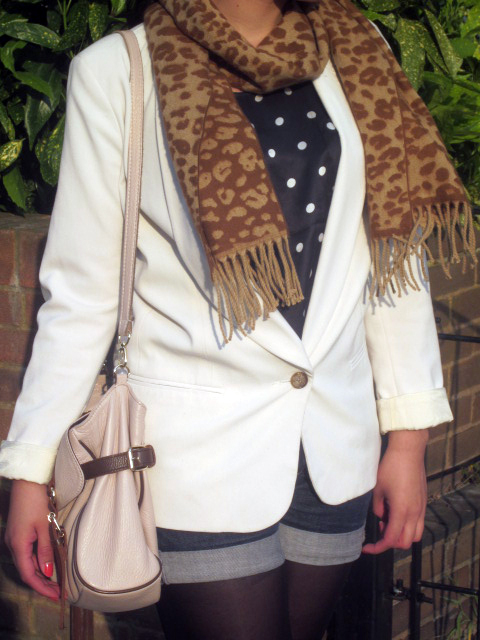 This blazer is one of my favourites, I can’t imagine ever getting rid of it. I came across it in Topshop last summer, I really liked it but didn’t want to be impulsive (sometimes I have my sane shopping moments). Plus, I already had a white blazer. I think it went out of stock but came back again, and I knew it was one of those things that I wouldn’t forget about. I did feel a bit guilty, because that’s two white blazers in my wardrobe that are quite similar – the only way I can justify it is that there are a few key differences between them, but I shall expand on this in another post. 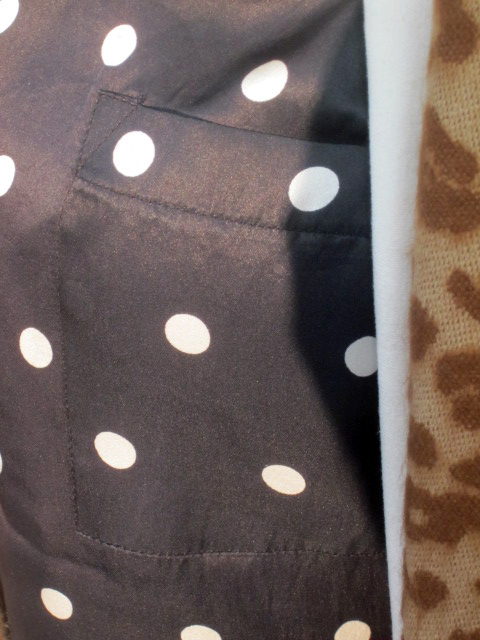 I’m still not sure what to think about this Zara top. You know when you love a garment on the hanger, then you’re not too sure when you try it on, but still love the garment in itself and convince yourself that it does work? That’s what happened to me with this top. Not to mention that pockets, polka-dots and silk-like fabric are some of my weaknesses. Writing this had made me kinda sad now, so I’m refusing to give up on this top and will somehow make it work. 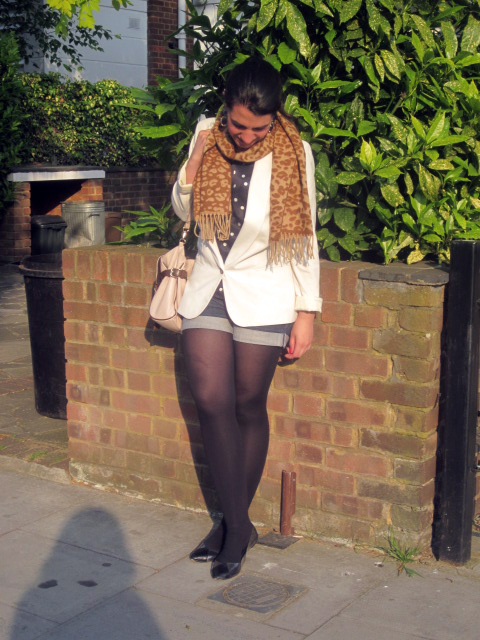 And because a lot can happen in the blogosphere within four weeks, I can actually say a few things have changed since then. One being my newly found appreciation for nude tights – I’d actually never tried them before and now I can’t get enough of them, so much in fact that I’m sure I could be a spokesperson for them. Also, I’m slowly beginning to wear pony tails again after progressively overcoming slightly traumatic school memories. That’s all for now – will be back soon after I celebrate Payday.